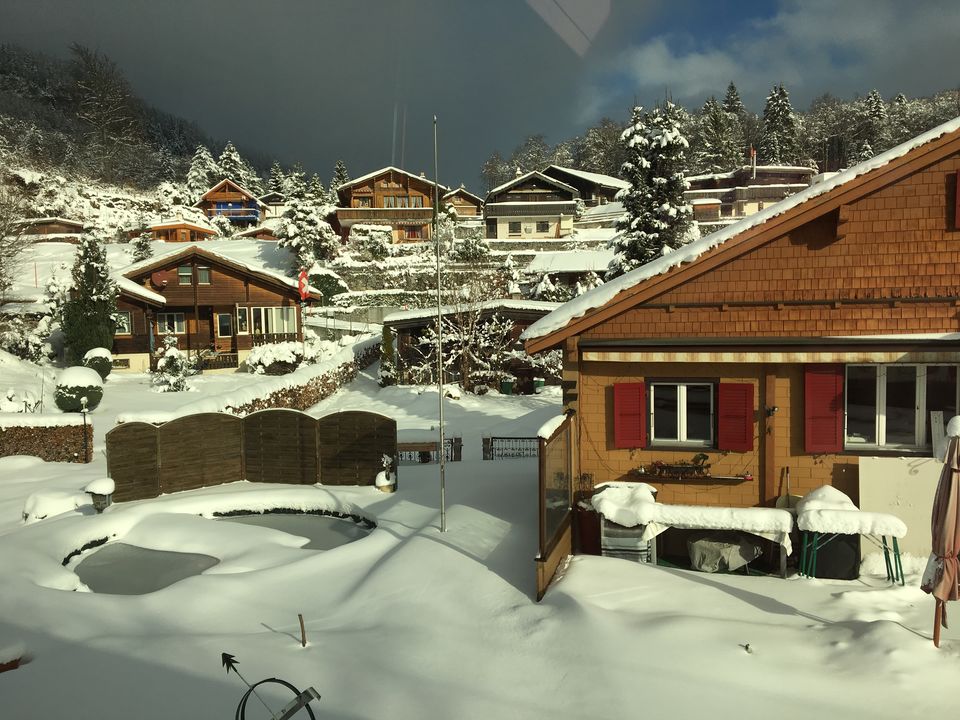 We had a connection time of roughly 30 minutes in which I tried to recover my lost phone during the trip to Pilatus but couldn't find. It was a happy moment for my wife as I couldn't give up the phone despite of her efforts and finally it happened ????

Golden Pass is divided into 3 Sections

It's a scenic train with wide windows for the uninterrupted views. We were travelling in off season so hadn't much to worry about the reservation.

The voyage is particularly significant. The train passes through foot of Mt Pilatus and after that you get an arbitrary look at Lake Lucerne in the middle of and gradually it waves you bye-bye leaving the memories of Lake Lucenre.

Once in a while you see lovely small towns with snow covered rooftops and its feels like you have entered couple of years back when the life was simple and unwinding. Now and again we discovered nobody around towns. Only a white smoke leaving the chimney of each house , calls you to leave everything and spend whatever remains of your life there.

The train passes two more lakes named Sarnersee and Lungernsee and after that after the climbing starts. Presently you are passing through Brünig Pass with everything covered white and looked like all-powerful god has painted everything just with Black and White shading.

When you pass this lovely leg the train descends to the town of Meiringen where the train stops for couple of minutes. Again a town amidst no place and because of everything shrouded in snow it gives you a sentiment everything separated from the world.

From Meiringen it changes direction and moves towards Brienz. The perspectives of Lake Brienz are entrancing . There such a great amount to share about each every stop of this excursion that I'm truly controlling myself from writing more