Do you know what its like to hold on to your skirt while wind is trying its best to put your legs at a display? Marlin Monroe felt happy while posing like that but I shivered in the hills of Kodaikanal.
I and Mani were anxious and excited at the same time to call Archana and plan our yearly trip in August. We must have this discussion three months before the actual trip as three of us have a very not so busy lives. The discussion went on for two hours of deciding what dresses to wear and five minutes on where to go. Kerala was the destination for this year. The bookings for hotels and commute happened so fast that even our bank accounts thought that we got robbed.
Two weeks before the trip, news started flashing that Kerala is about to be hit by flood again and also, Pune will face a massive rain for couple of weeks. We were scared that water is going to drown our plans this time. But we still had too much oxygen to keep us motivated. We switched plans from going to Kerala to Kodaikanal. As the days passed the reporters from Maharashtra were literally showing pictures of people dreading for lives. We had now almost lost hope that Archana could even make it out of house. But on eve of 7th she left for airport and she touched down Bangalore on 8th.
Now it was time to rock and roll. Oh wait, not yet.
The evening was filled with blaring of horns on the road, mixed with Archanas verbal spat between cars and buses. She hadnt seen traffic like this before. She was pissed to an extent that she agreed to lift her trolley on her head and walk to the bus stop. We calmed her down with some jokes which were not at all funny but what else did we have to offer? Definitely not a jet.
We got into GREENLINE bus at 11pm from Madiwala bus stop. I recommend this bus to those people who prioritize comfort and safety before money. Because it was really expensive. The comfort was top class as we slept like babies.
The bus stopped at a small restaurant and as we stepped out, beauty slapped us and woke us up to a view that I have only seen in movies. The clouds so close to horizon and hills so near that you almost give your body a pass to go trek on it immediately.
After a short break we started going around the Ghats section. I am not a fan of sitting by the window and gaze at the valley while my mind is dizzy. So I slept for next two hours while Archana and Mani talked their hearts out.
DAY1:

Kodaikanal, also known as the princess of hills or queen of hills is an escape to those looking for some peace and quiet in any other months except monsoon season. We had to open our umbrellas right away. For those who dont know bargaining, they will end up washing wallets here because for a mere kilometer, the cab guy asked for 200. I almost thought it was an Audi but to my surprise, it was indica.
Captain’s Nest is a beautiful cottage that I must suggest to those looking for a beautiful windows view and much more. A dog followed us to the cottage which made Mani and me circle around Archana.  She pulled us in the cottage and shut the door behind her. We checked out washrooms and the geyser to be specific as the chill was freezing us. After a soulful licking of coconut chutney and gulp of idlies in our tummies, we headed for our city tour.
Coakers Walk: It is a narrow pedestrian path, constructed by Lt. Coaker in 1872, a one kilometer mountain road which runs along the edge of steep slopes on the southern side of Kodai road which is 1/2km away from Kodai. The walk winding around Mt. Nebo starts near van Allen hospital and joins the main road above St. Peter's Church provides a wide-angle spectacular view of the plains.
The rain had made it more beautiful as clouds were protecting it from all around. The bhel that we had here just added that extra punch and spice to this walk. The walk was 15 minutes long but we spent about half an hour, the other 15 were spent in clicking pictures under the umbrellas because it wont stop pouring. As we stepped out, all I could feel was chill on my skin and an excitement about how awesome this place was. We dont see white clouds on daily basis in metro cities.
Moirs point: A scenic view point over cliffs. Also the site of a monument mentioning Sir Thomas Moir, who "turned the first sod" (beginning construction in 1929) of the "Goschen Road" (completed by 1932) which joins the Kodaikanal - Lake Berijam road here. The "Goschen Road" served the villages of Poombarai and Kukkal northwest of this place.
Taking pictures at this place was a bit difficult but capturing those clouds hovering over the hills at the edge was just an opportunity we couldnt have missed.

Pillar rocks: Pillar Rocks are three vertical granite boulders, standing shoulder to shoulder amidst untouched packets of dense rainforests. Unique and visually stunning, these rocky pillars measure approximately 400 ft. in height from the ground level.
Here is a snap of the place.

Liril Falls: Liril Falls or Pambar Falls exude the mysterious beauty of Kodaikanal hills. Here, the water gives you an illusion of falling through a series of uneven steps in a coherent way. Situated approximately 4 Km from the bus station of Kodaikanal, it is popularly known as Grand Cascade or Liril Falls.
Pro Tip: Stock up water and food if you plan to trek here.

Kodai Lake: Kodaikanal Lake, also known as Kodai Lake is a manmade lake located in the Kodaikanal city in Dindigul district in Tamil Nadu, India. Sir Vere Henry Levinge, the then Collector of Madurai, was instrumental in creating the lake in 1863, amidst the Kodaikanal town which was developed by the British and early missionaries from USA. Kodai Lake is stretched in a perimeter of 6km. the drive along with it invites you to feel the fresh breeze flowing over the surface of the cold water. Major attractions are those small shops where you can buy from clothes to chocolates to a silly bubble blower. The fencing around it definitely stops you from enjoying the lake physically but also protects from kids running into it loaded with excitement.
The day was done and we were back to cottage with about a thousand pictures, some chocolates and artifacts. The dinner was just the chapatti on the sambhar. The night was young and we were bored so we put some crazy Bollywood music and danced our hips off until we started sweating in that chilling weather. As we went to our rooms to finally kiss the bed, sleep followed us like lightening. We were all out in five minutes.

Next morning was no different either, except it had stopped raining. We were finally looking forward to a dry day. Our first destination was Kukkal village. The lake that welcomes you to Kukkal village had no fancy name. It was just Kukkal Lake. Unlike its name, Kukkal Lake had beautiful view to offer and we were engaged to it for quite long.
As soon as we convinced ourselves that we are the best photographers in the world, we ran to our car and headed to next destination, Kukkal village. The view of huts is appealing to us because we are tired of seeing towers but the green fields and children playing around in those was just a view to die for. Our hearts were filled with joy I cant describe in words.
The sun was showering us with warmth and that made us take our jackets off for a while and enjoy it for those five minutes. When you go to different places, take lots of pictures because they may not stay like that for long we humans have the ability to destroy things that we like. Things that our eyes like.
Mannavanur Lake: Mannavanur is about an hours drive from Kodaikanal. Some popular trekking routes pass through the Sheep Center. The route from Kavunji to Kuukkal is fairly difficult. From Kavunji take a footpath leading to Mannavanur. From there an old footpath leads to the sheep farm. Cross it and reach the Kodaikanal road. Follow the road to Kukkal. The meadows of sheep farm is pleasant. Near Kukkal you see the caves where ancient men were living. Deer are common. Tourists are required to get permission from the Forest Department to trek in the forest areas.
Oh we couldnt view this as forest department didnt allow us to go in. Apparently water level was really high. Of course, it had rained a lot for past few weeks, something we should have known before planning a visit to this place.
Rose garden:  Rose garden is a romantic place to be. You can see an amazing variety of roses and set on a hilltop it provides an amazing view. This place is also on the main road so reaching this point is not a concern at all. The peculiar thing we noticed was each rose plant had a unique placard next to it with a funny name written on it. But I cant remember one now so please visit if this excites you at all.
This was our last stop before we gobbled some hot food and headed back to our cottage. By evening, we were off to Bangalore. Kodai was not unusual for us because we were now accustomed to off season travel. What I loved about this trip was I didnt miss the sunshine, something which I do in a place like Bangalore. I would visit Kodaikanal sometime again in future just to see how it looks beyond those clouds and I am sure I wont regret that too.
Till the next time, be safe and do travel safe. Adios. 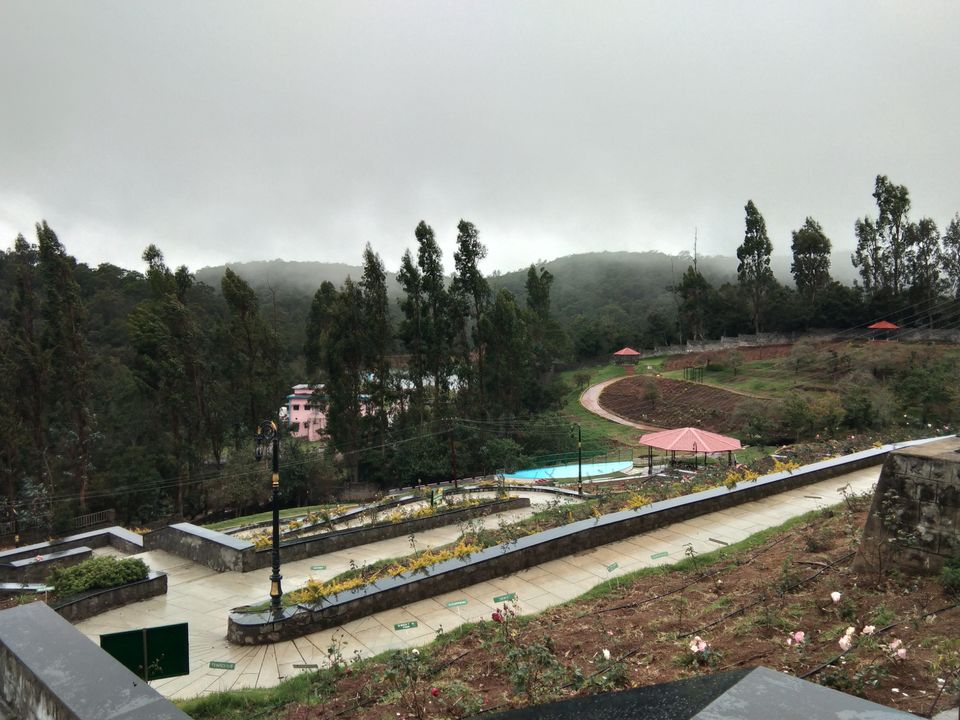 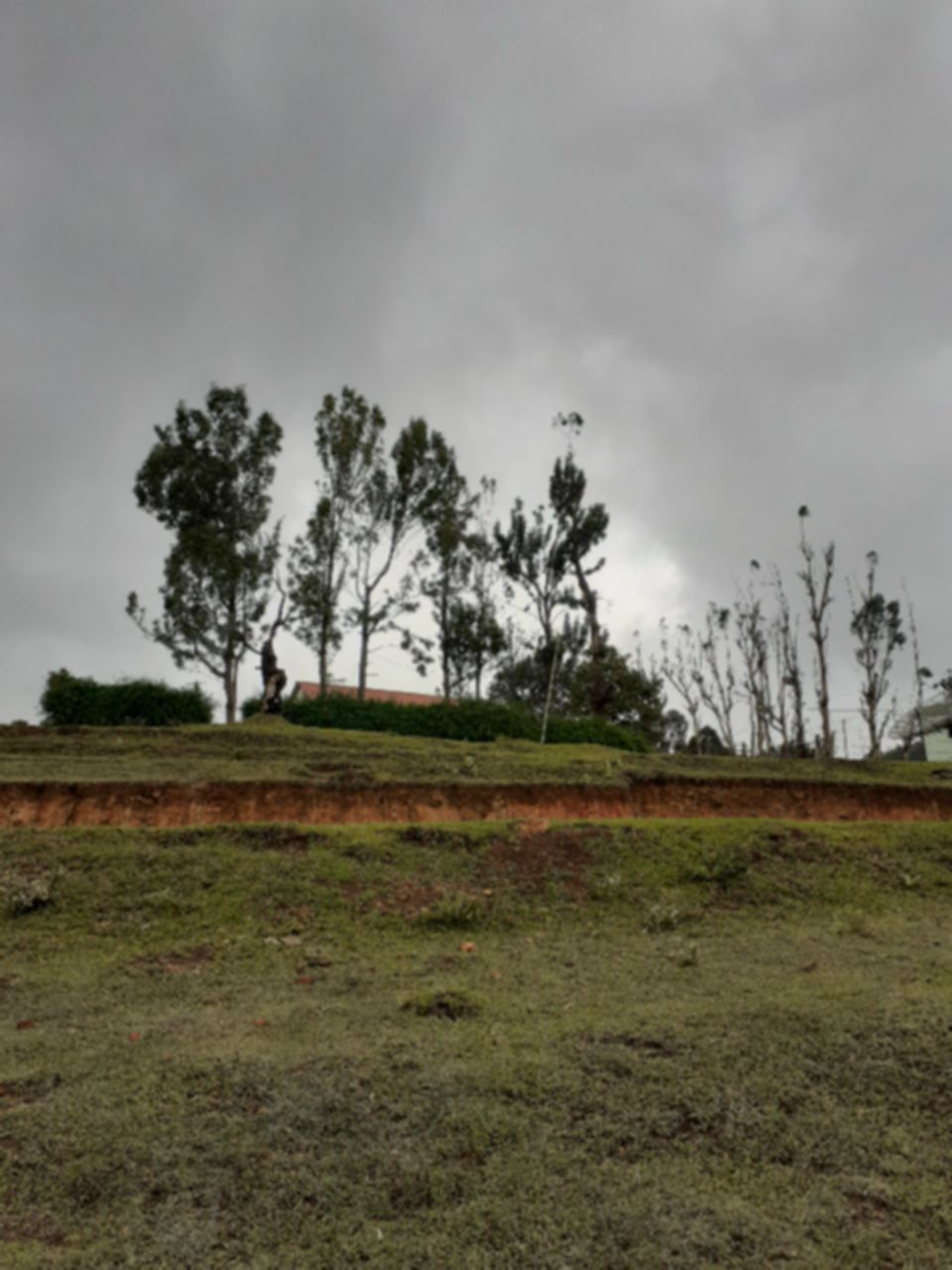 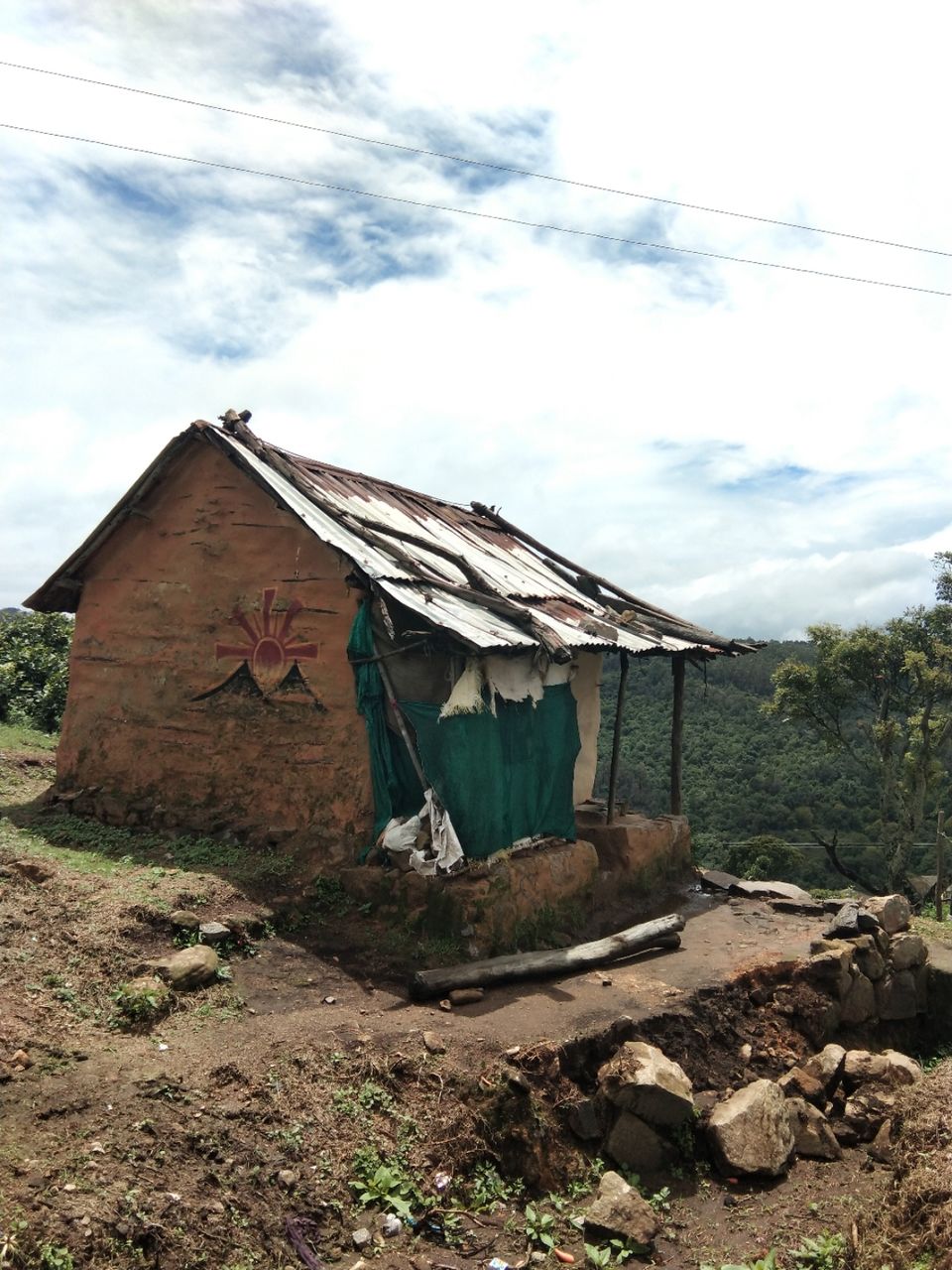 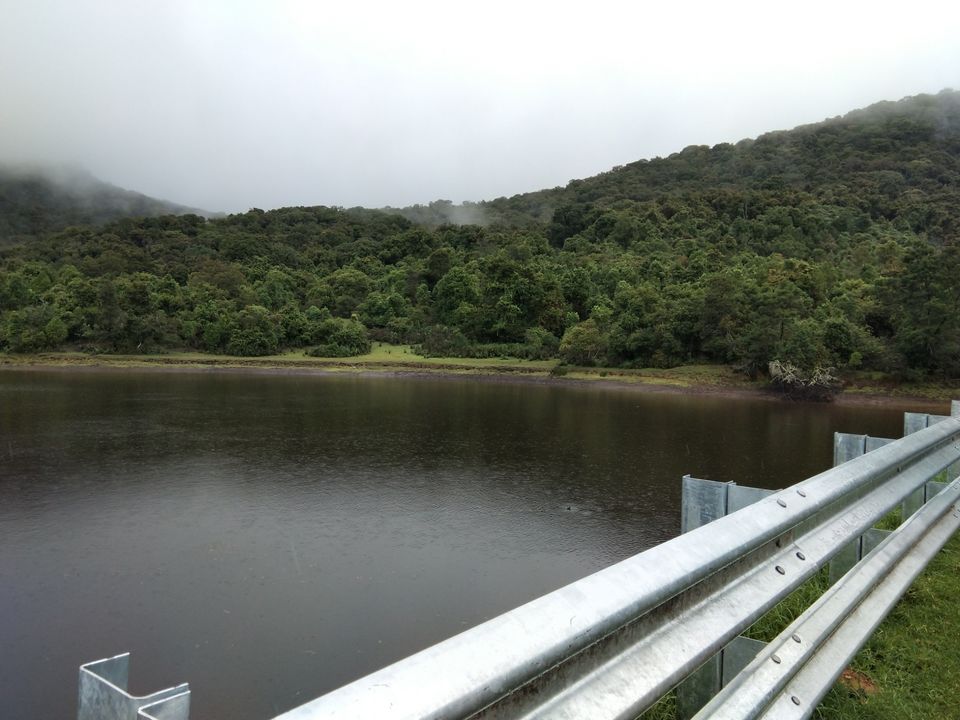 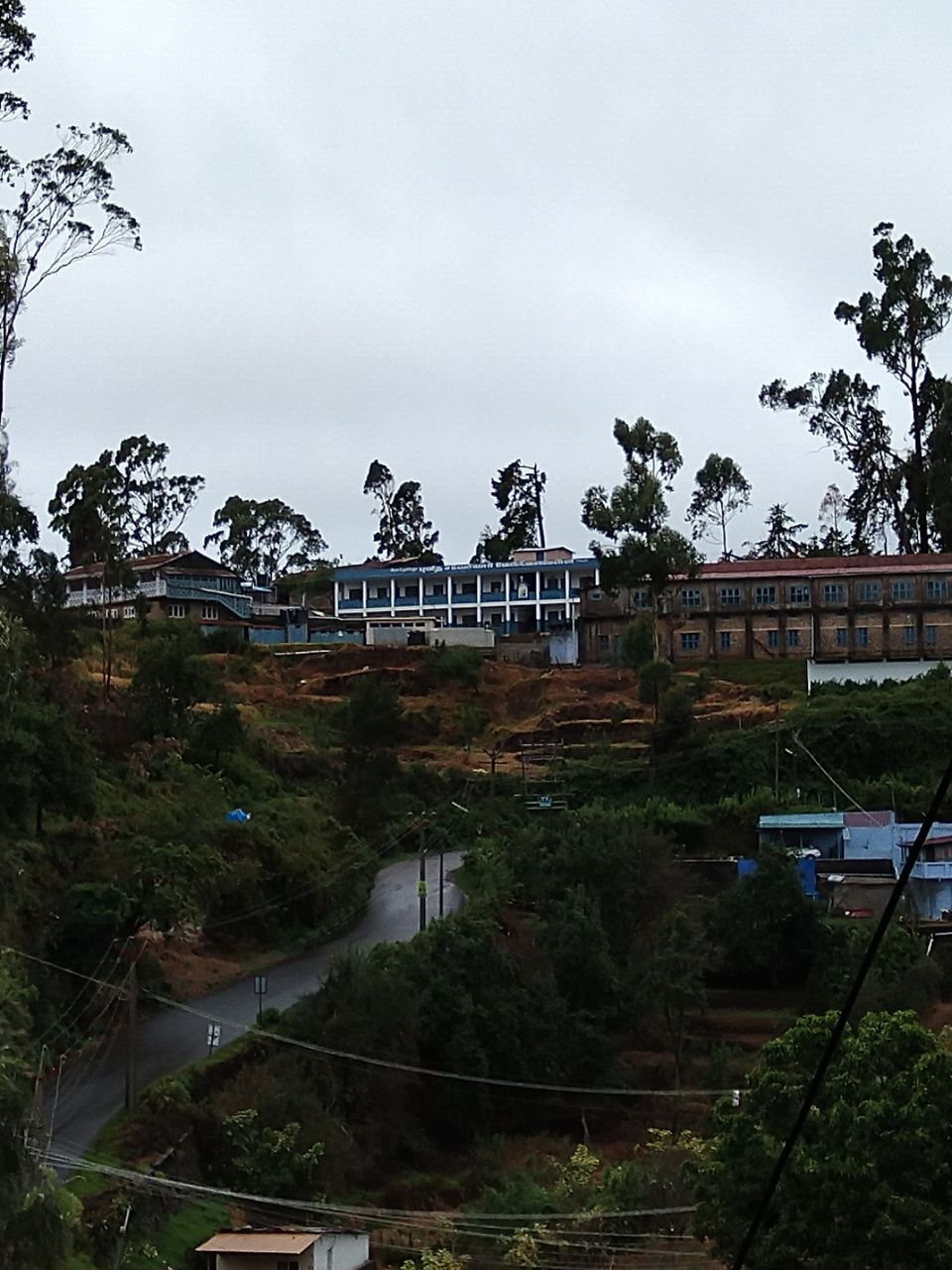 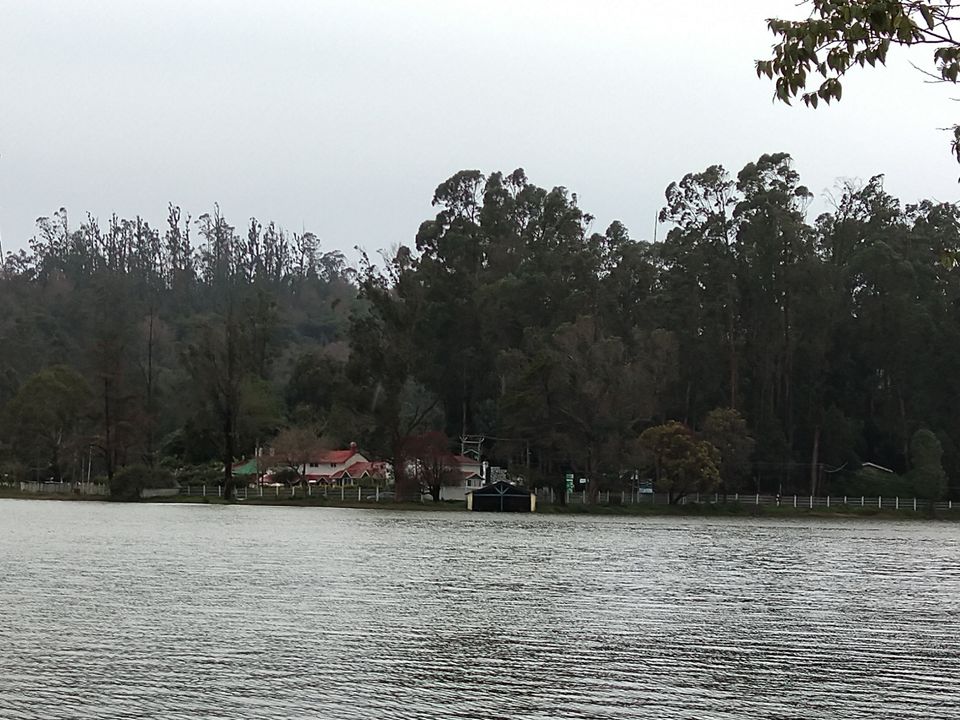 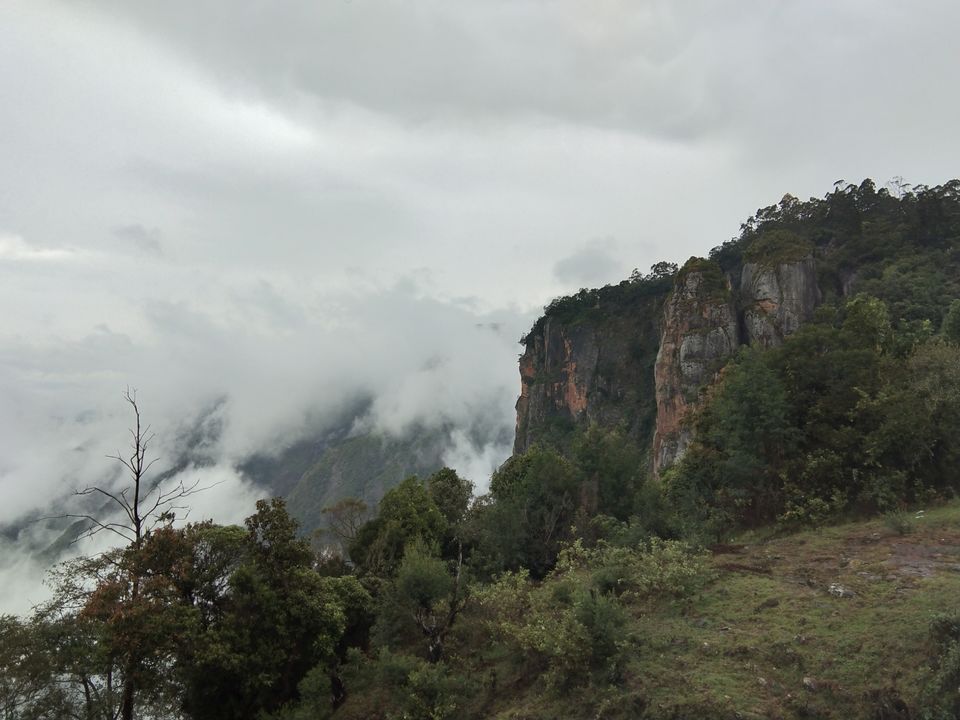 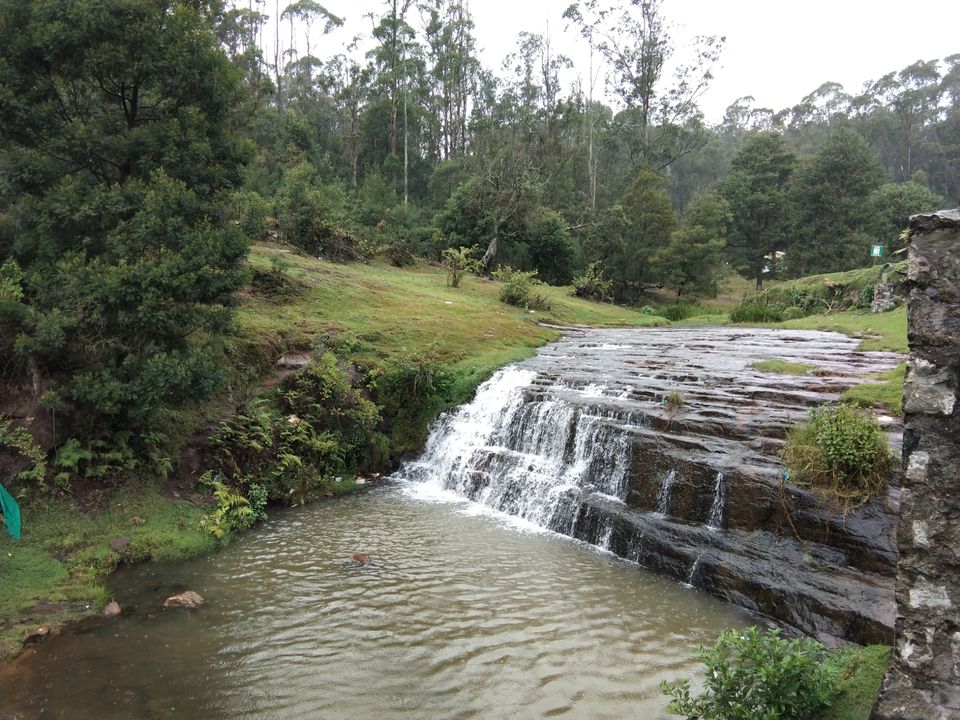 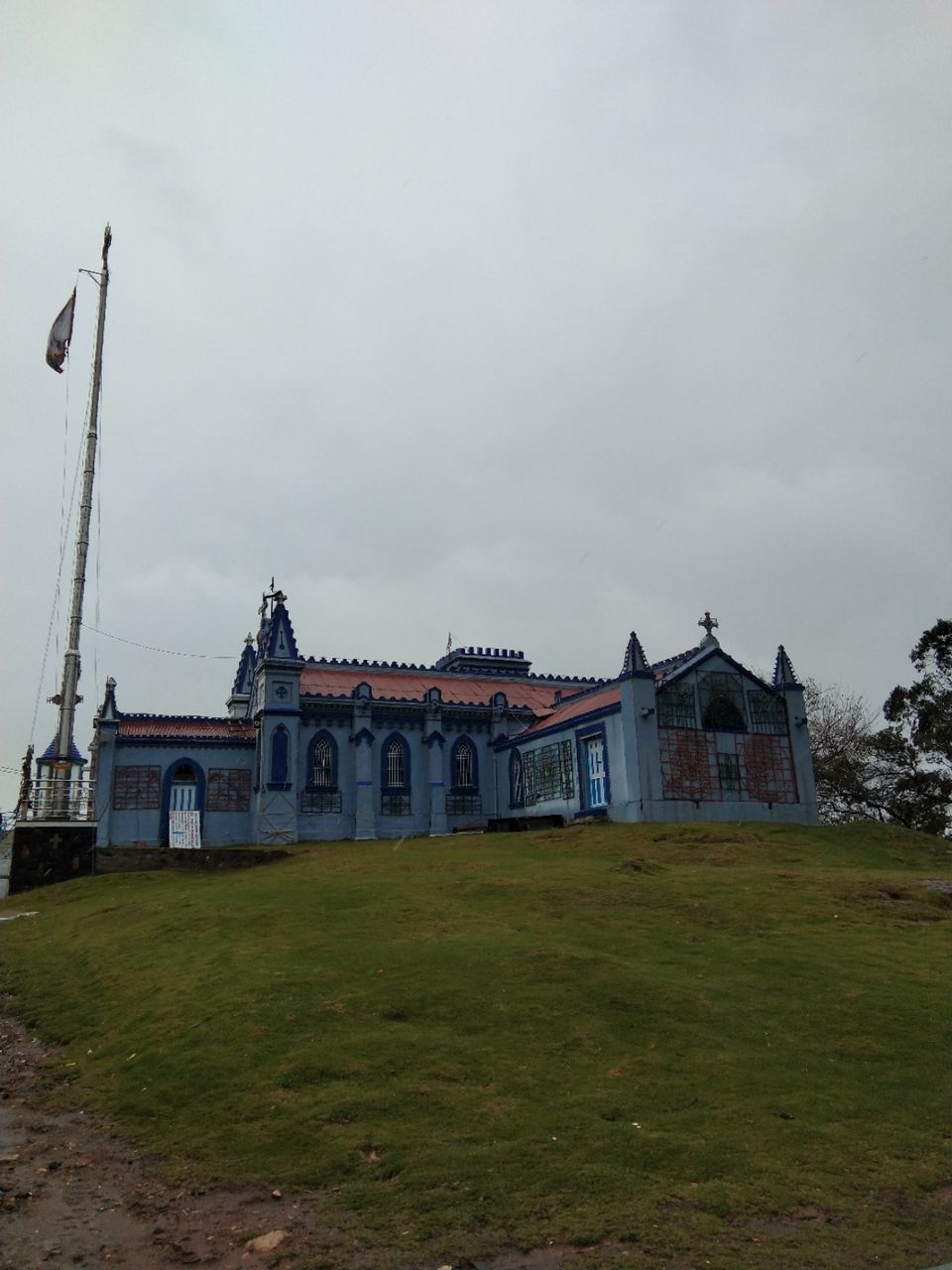 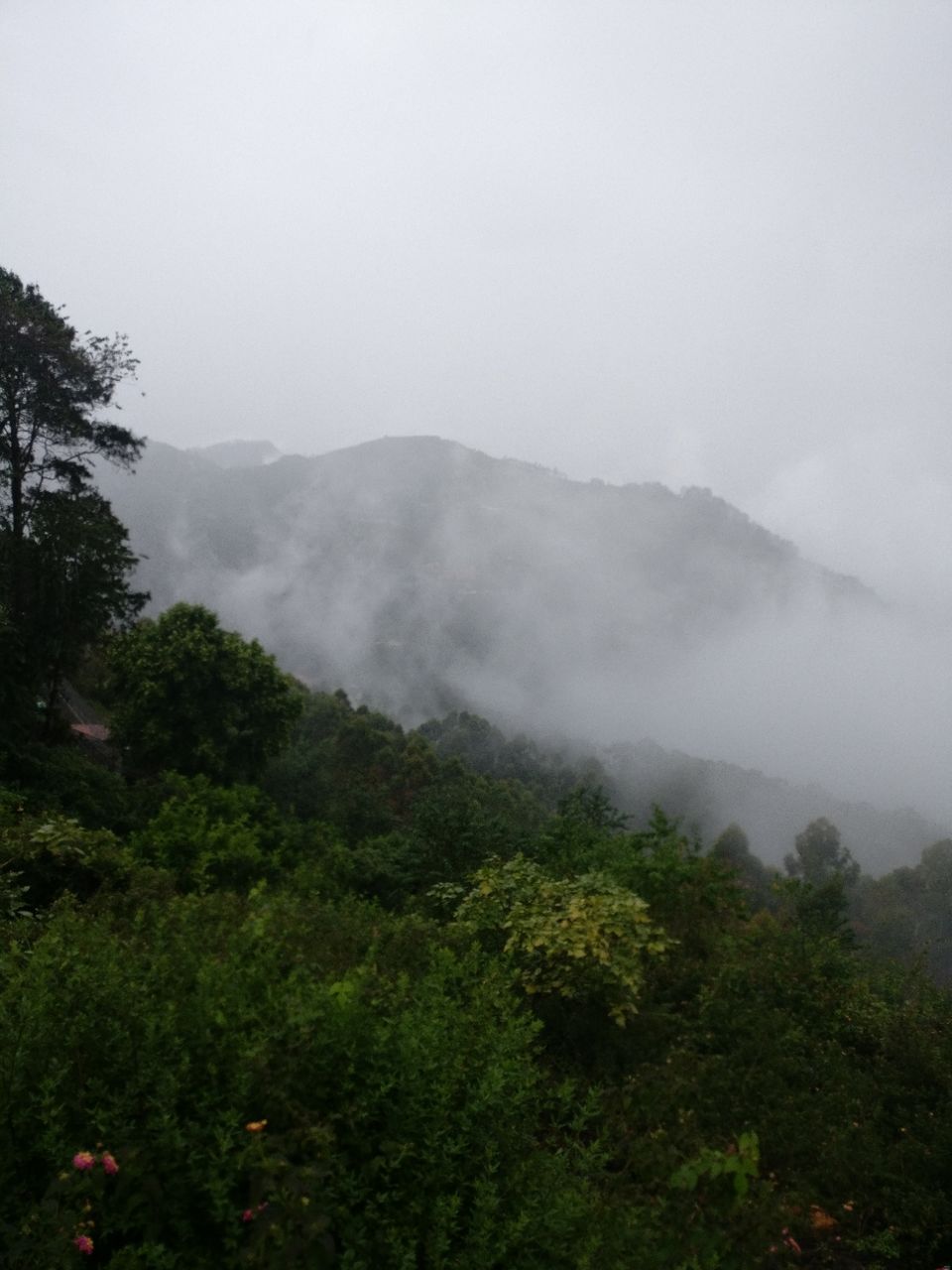 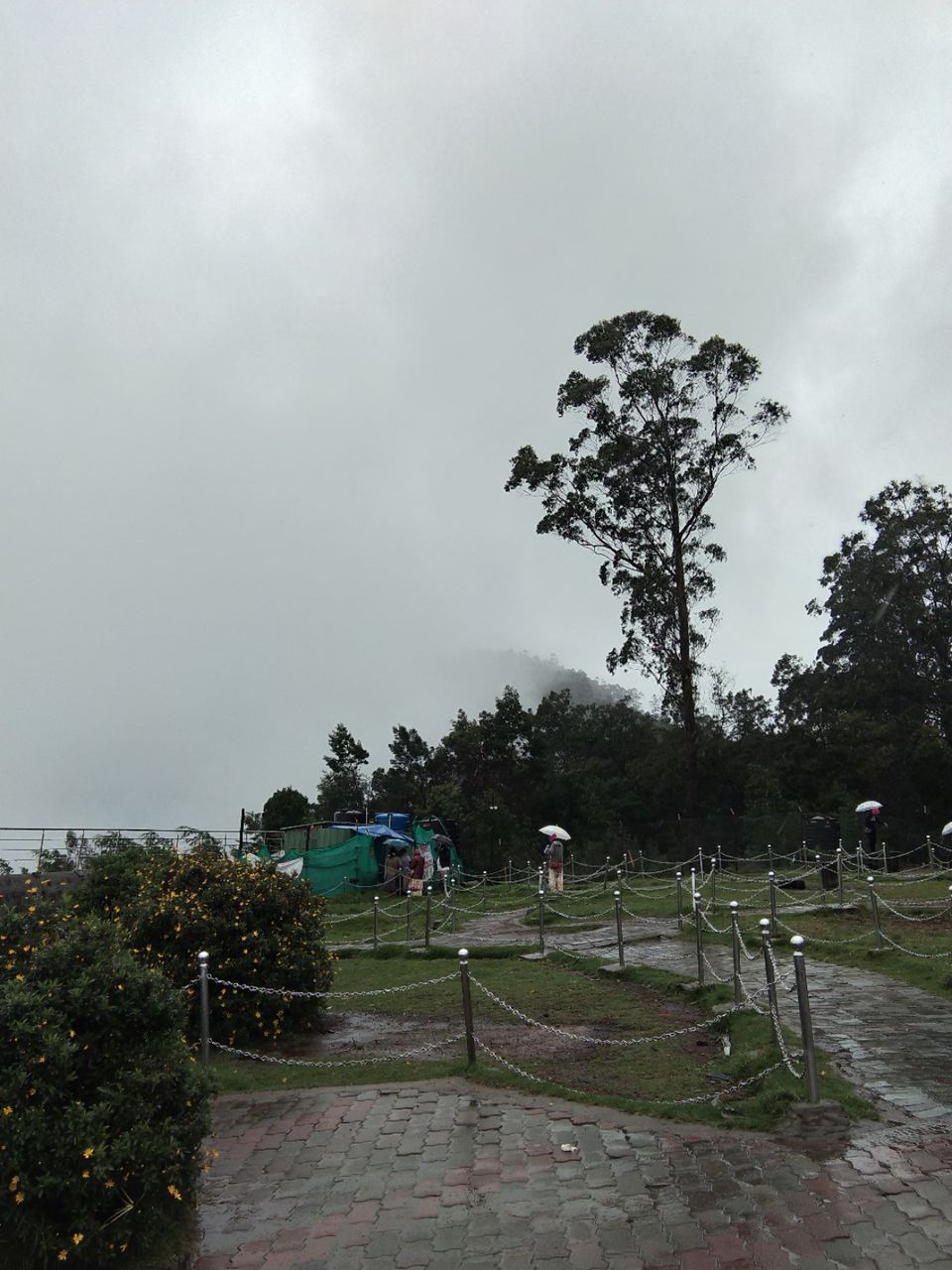 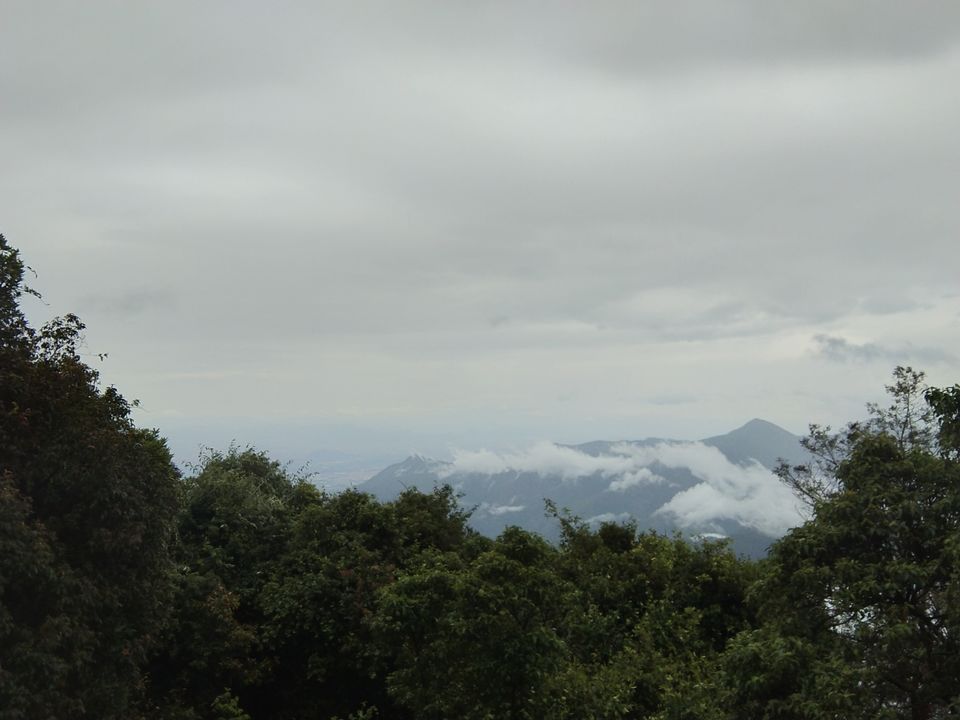 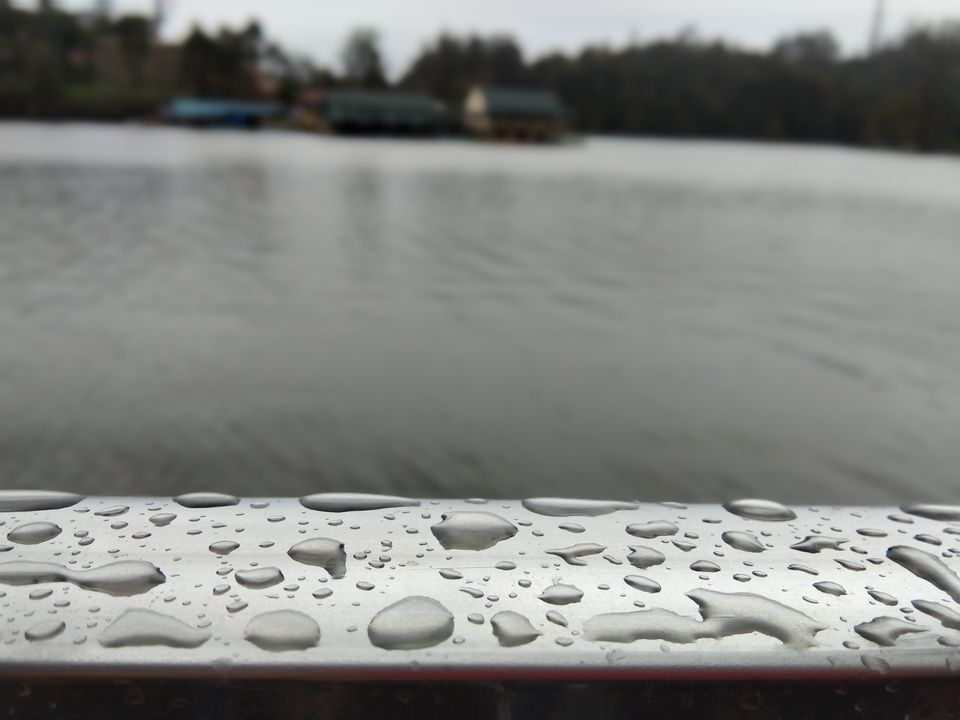 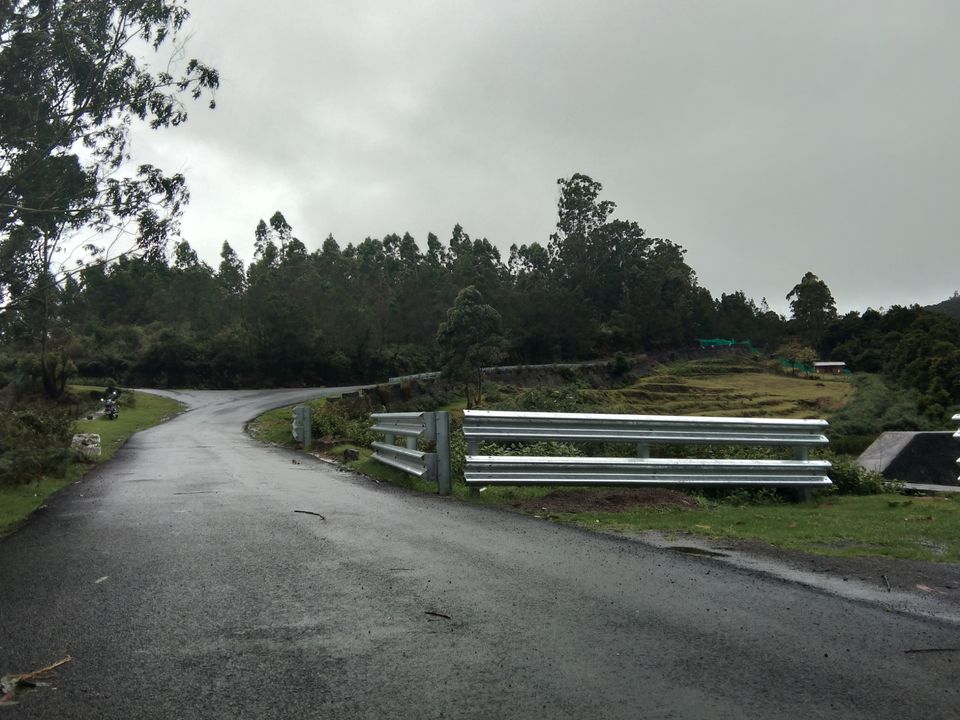 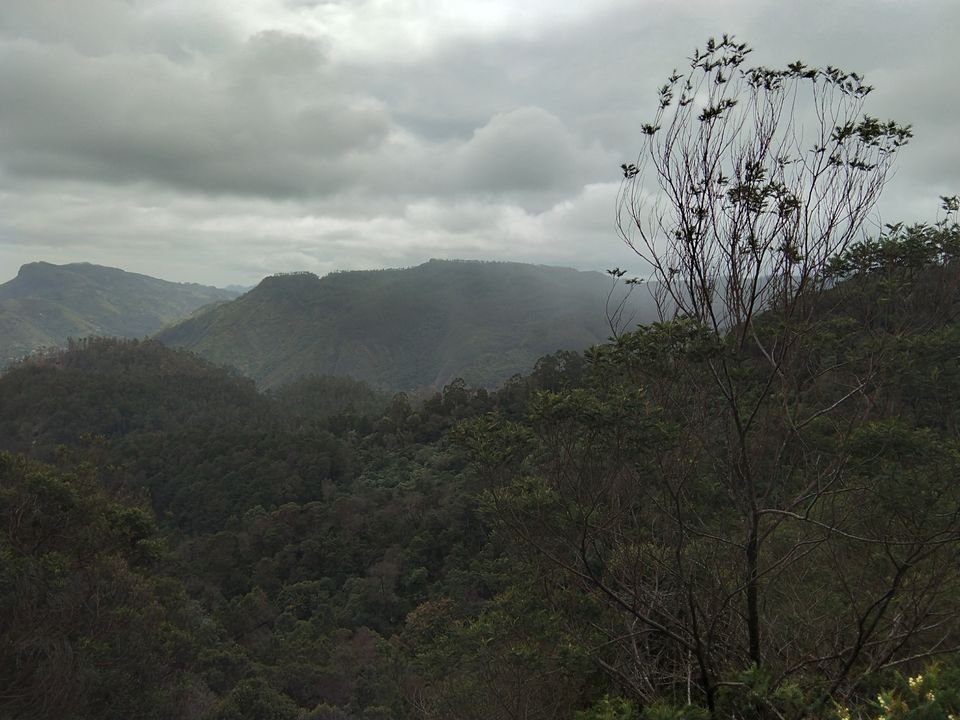 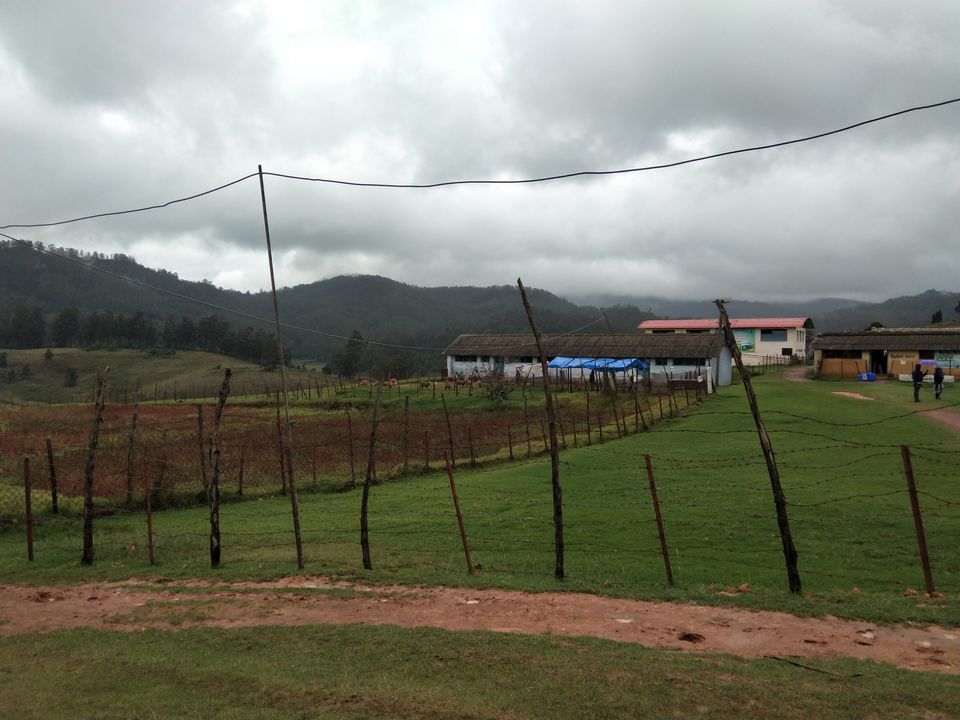 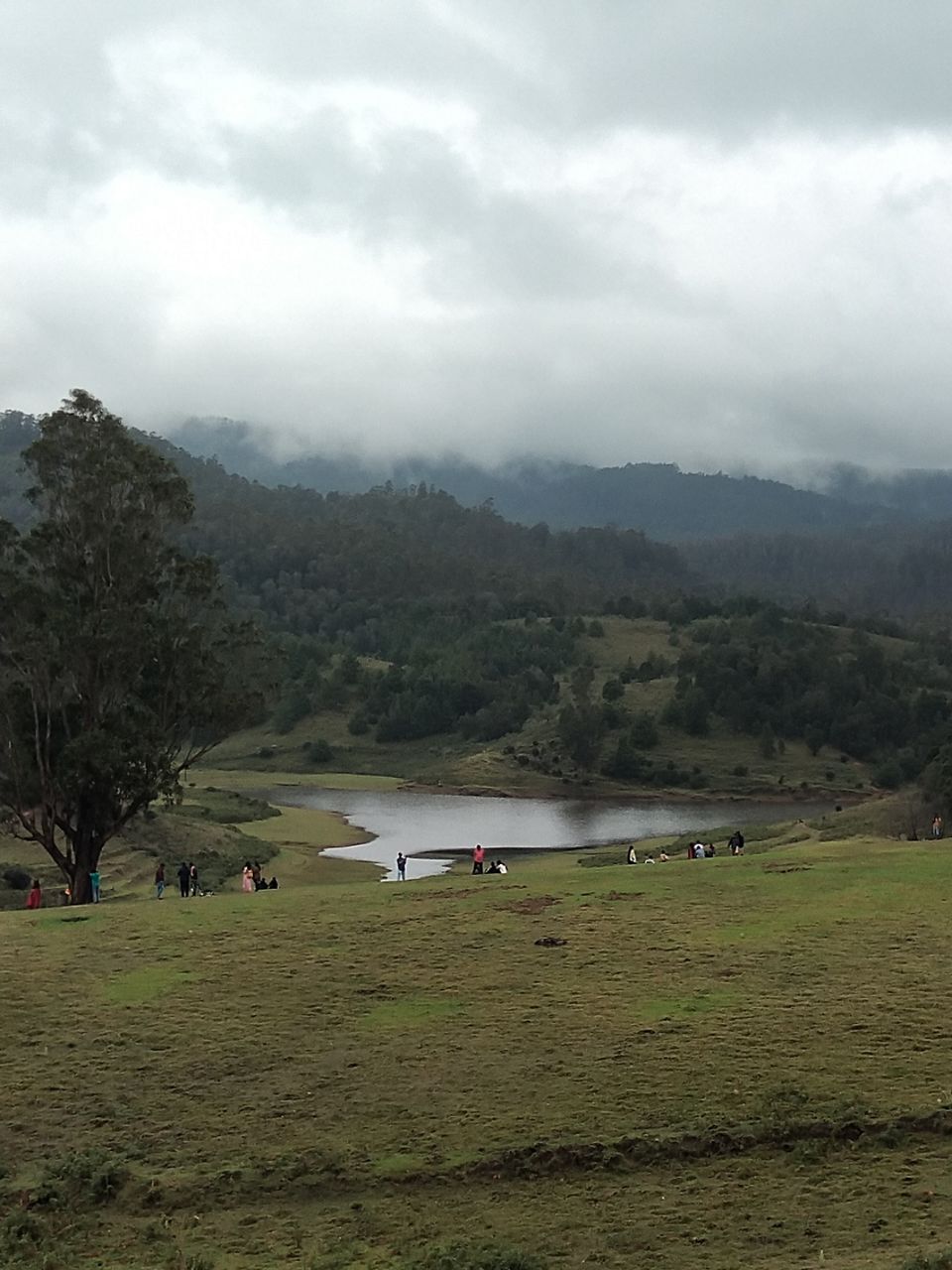