A Trip To the Tanjore Brahadeeshwara Temple 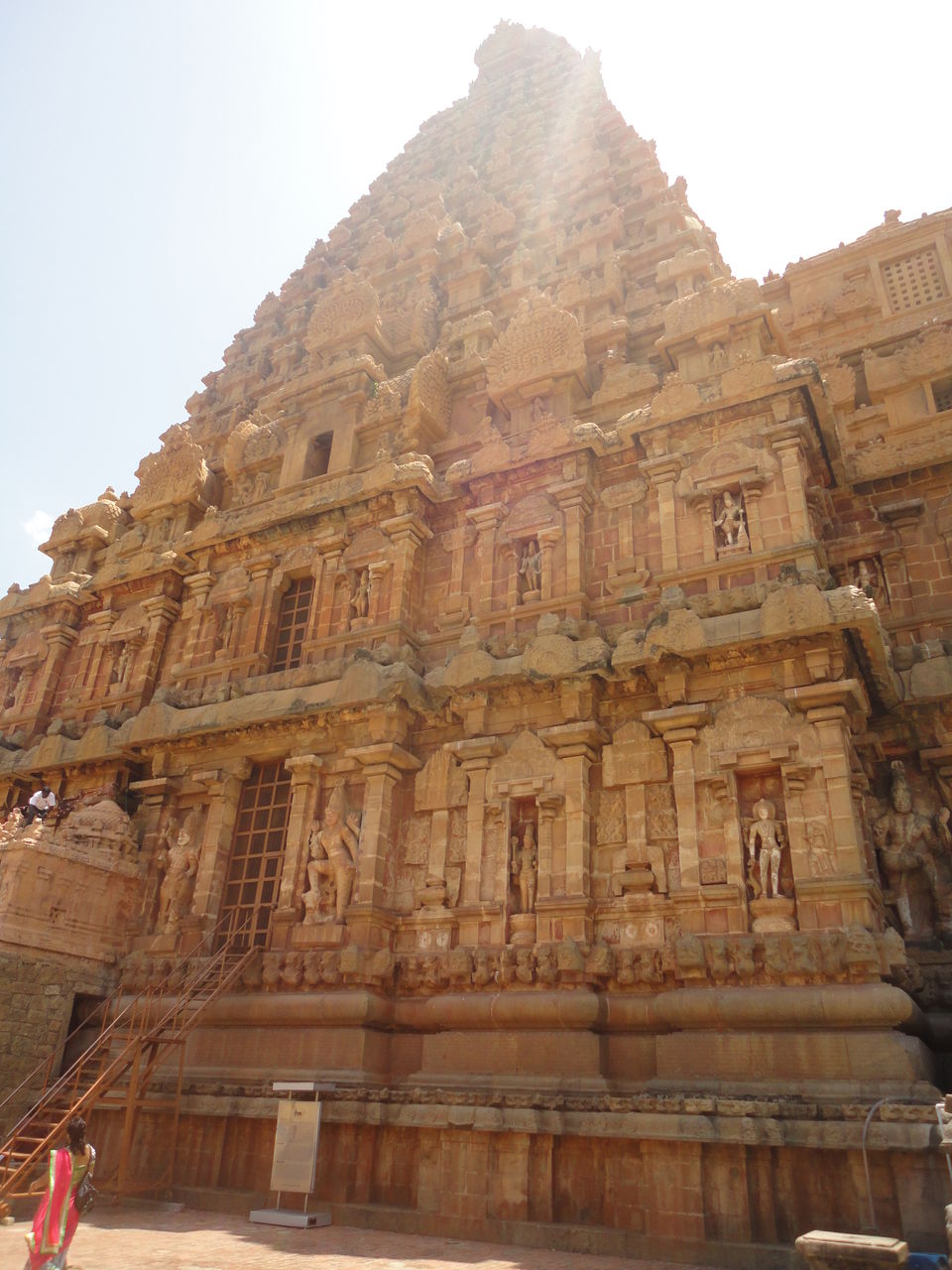 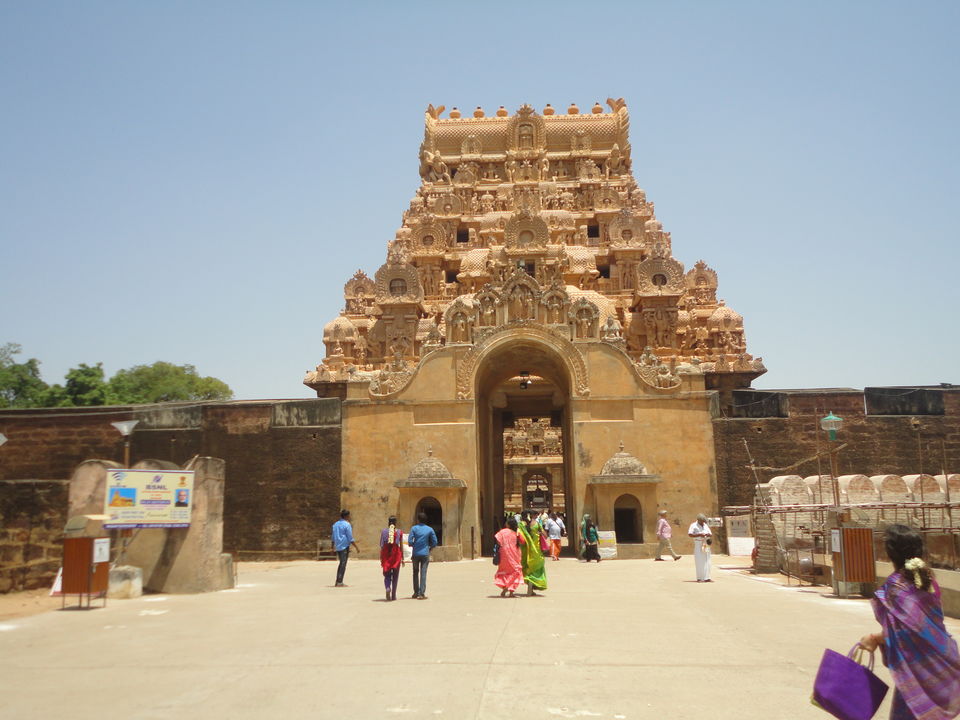 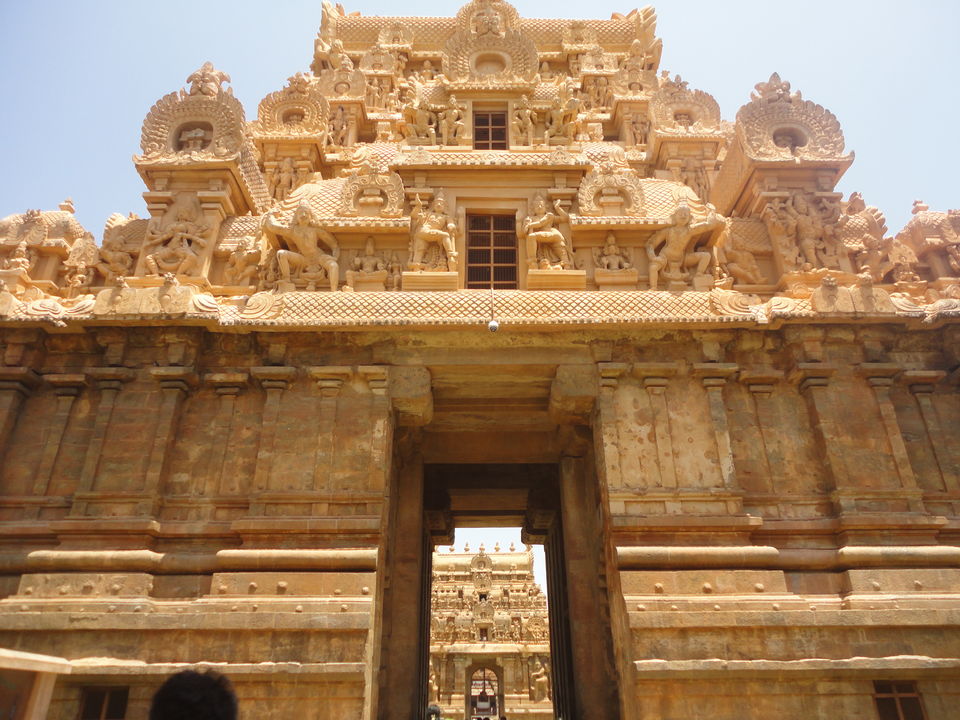 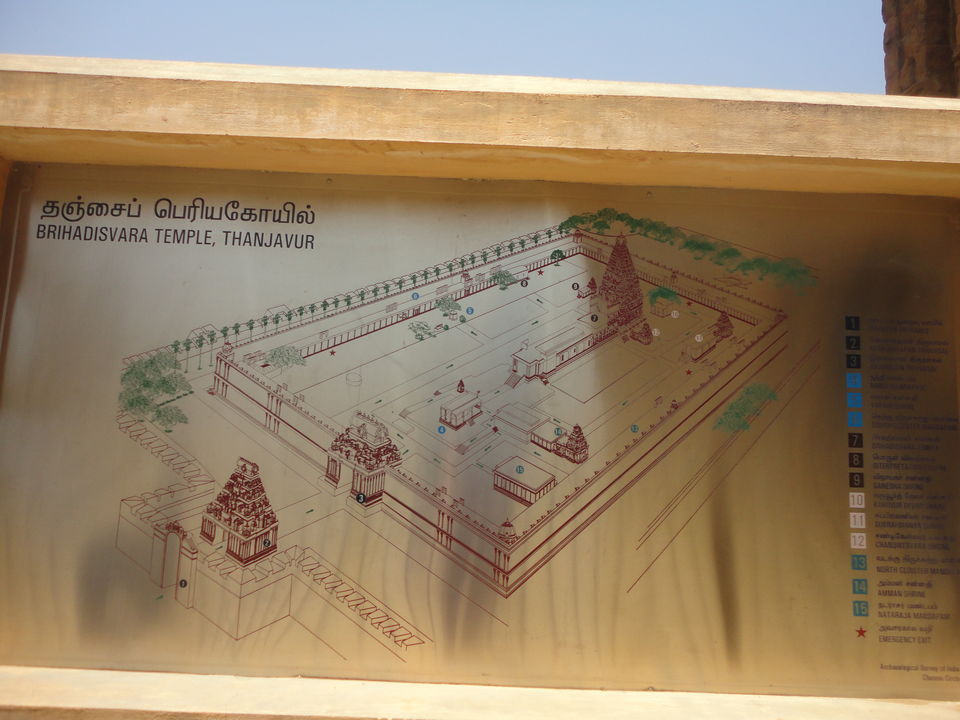 The Nandi Statue sculpted from a single stone 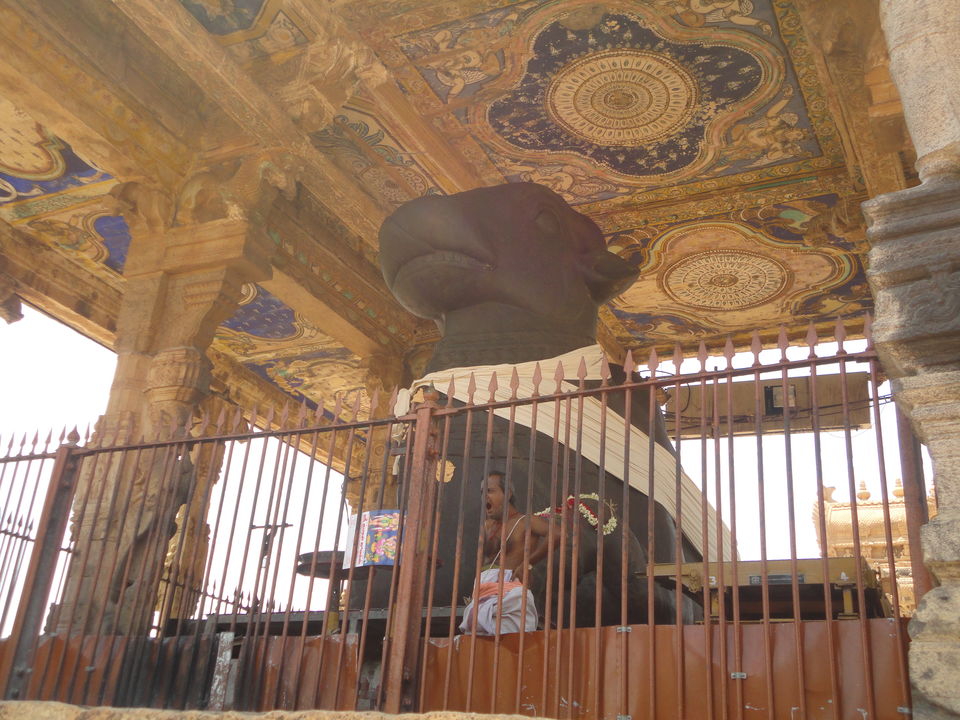 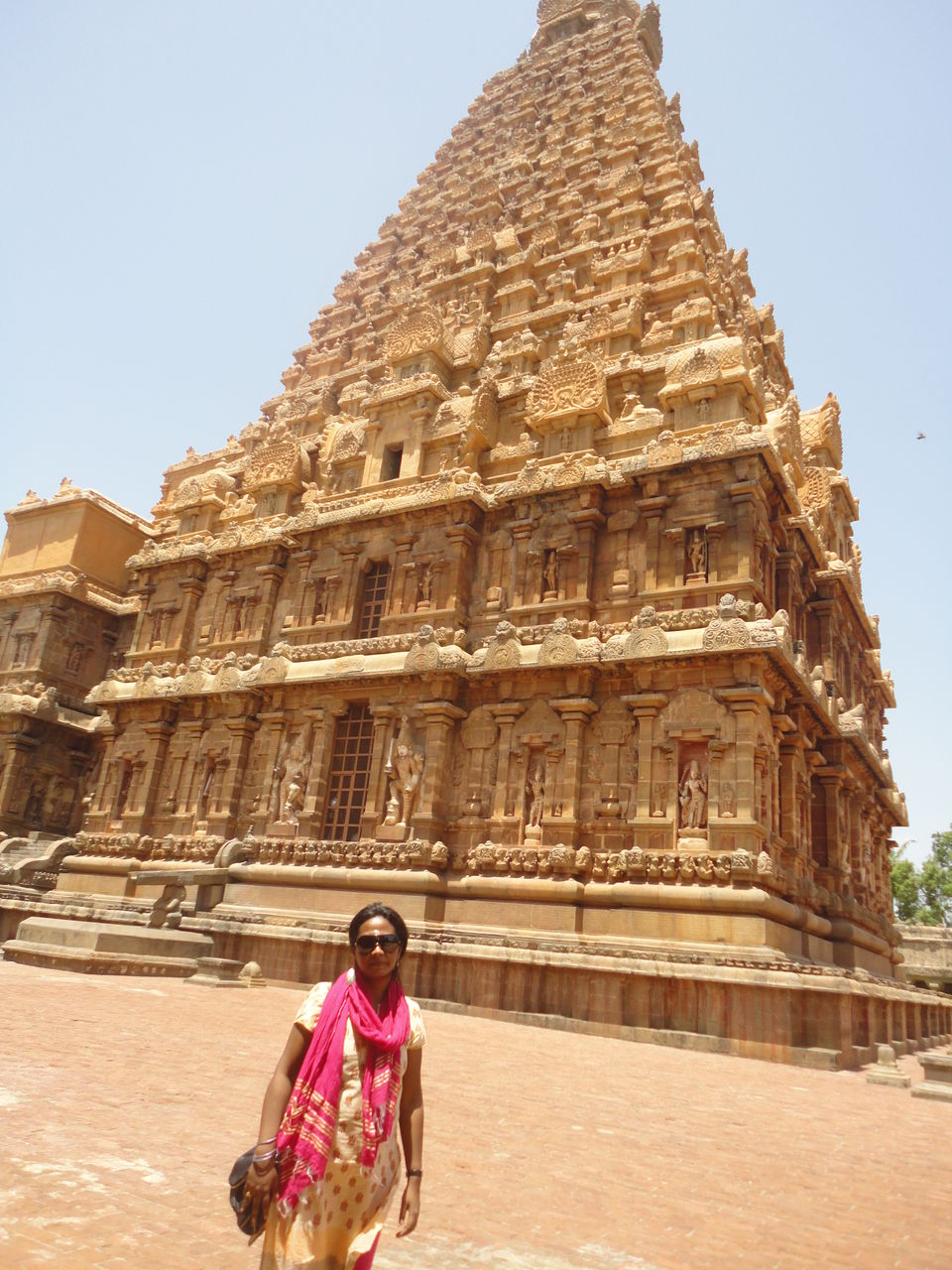 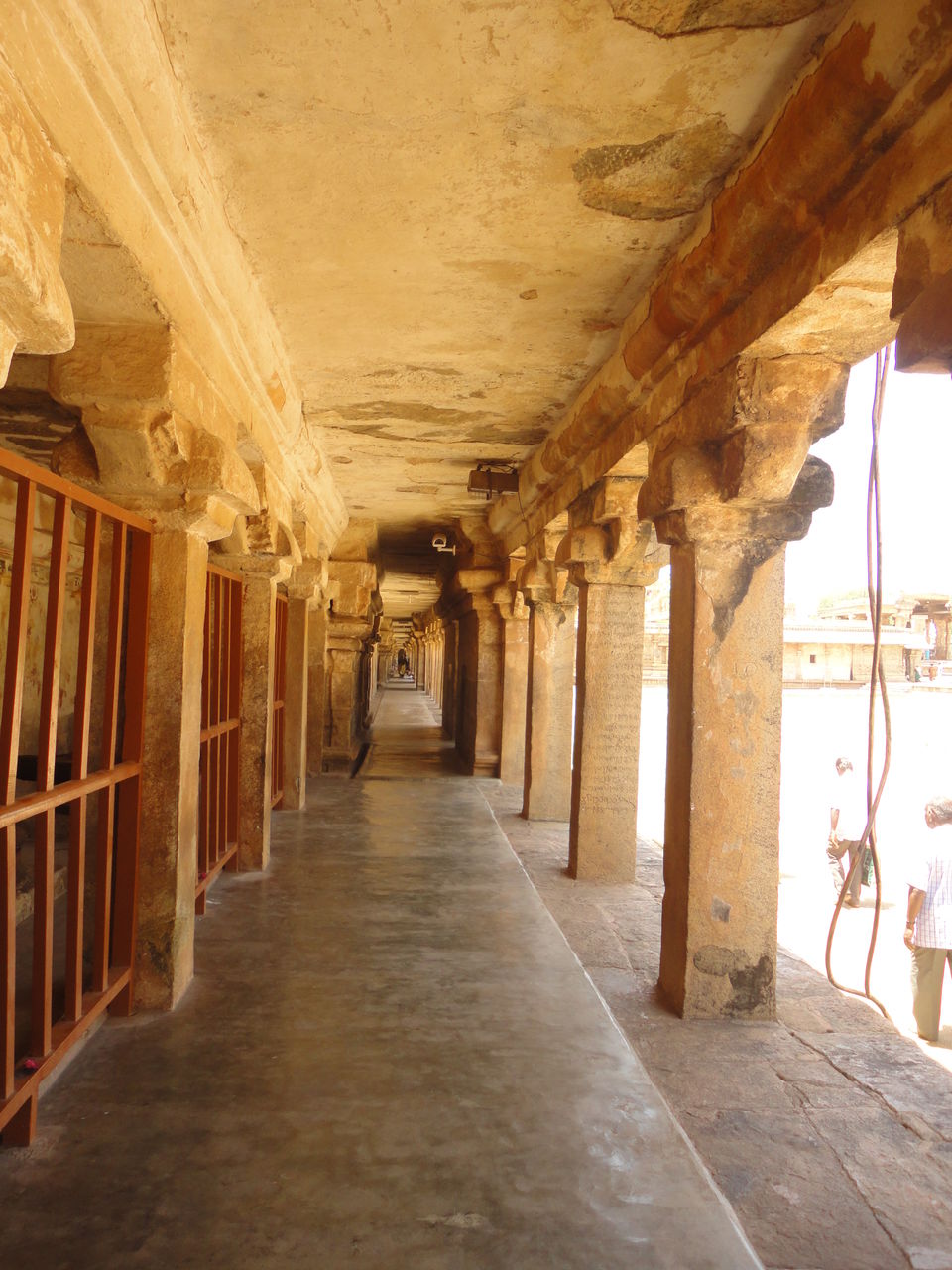 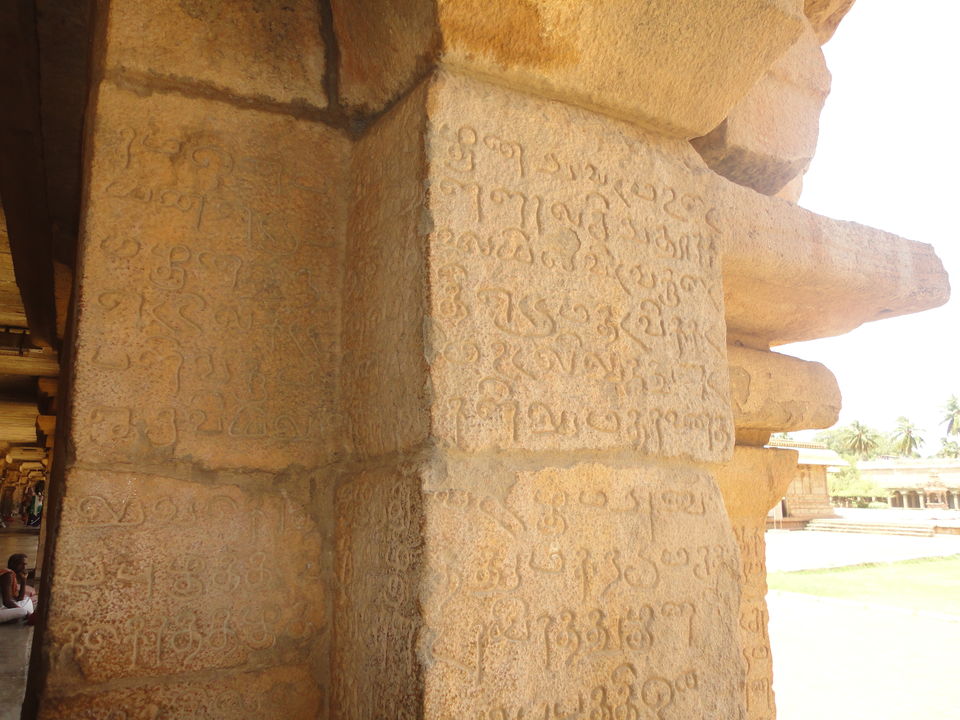 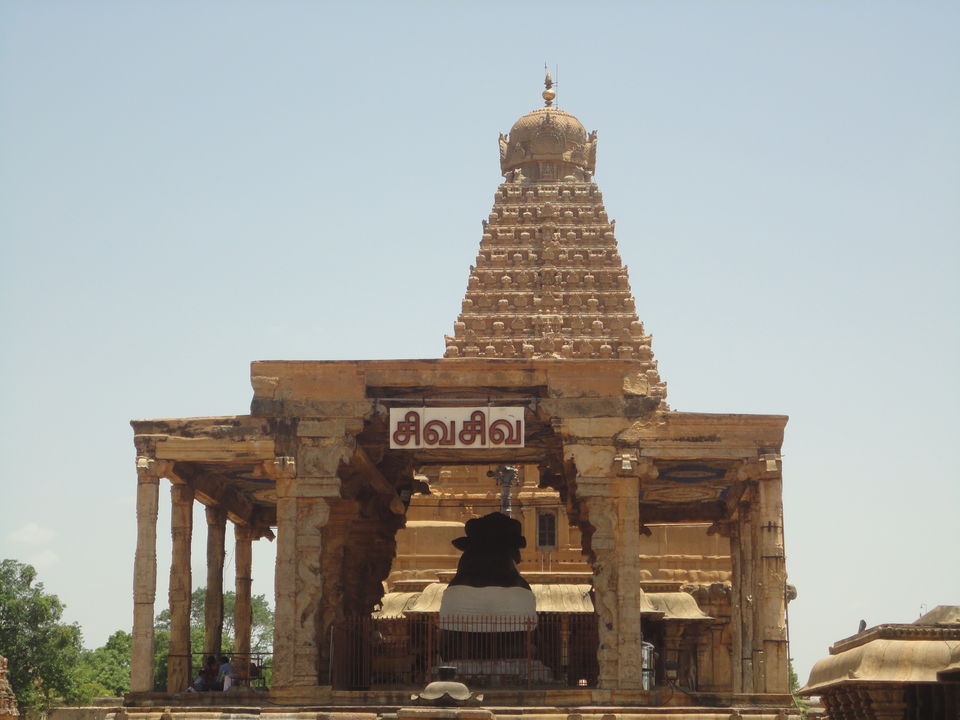 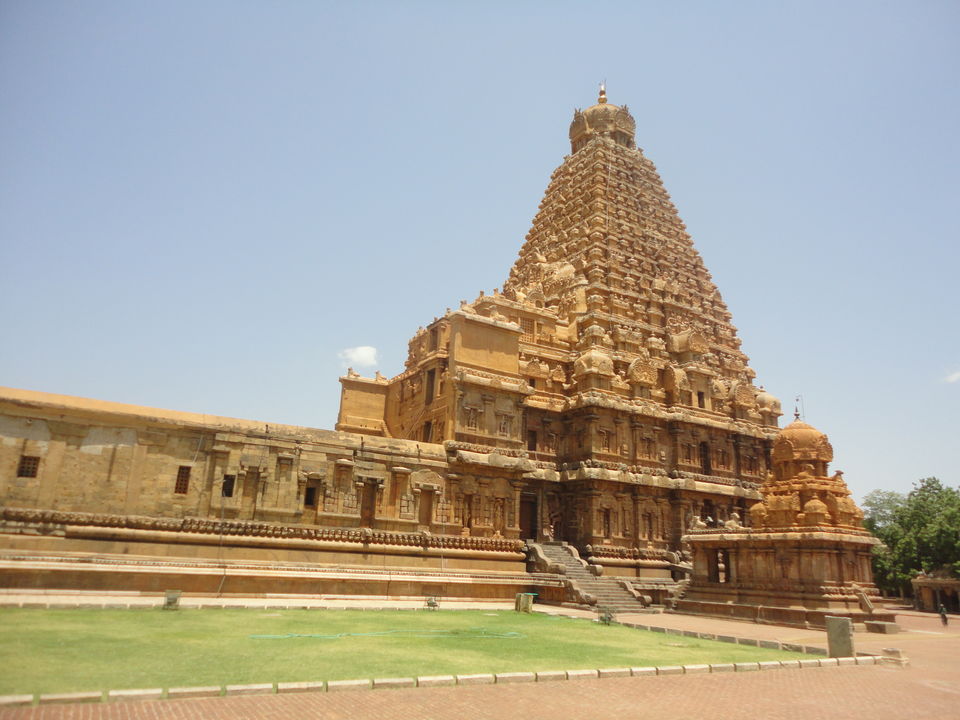 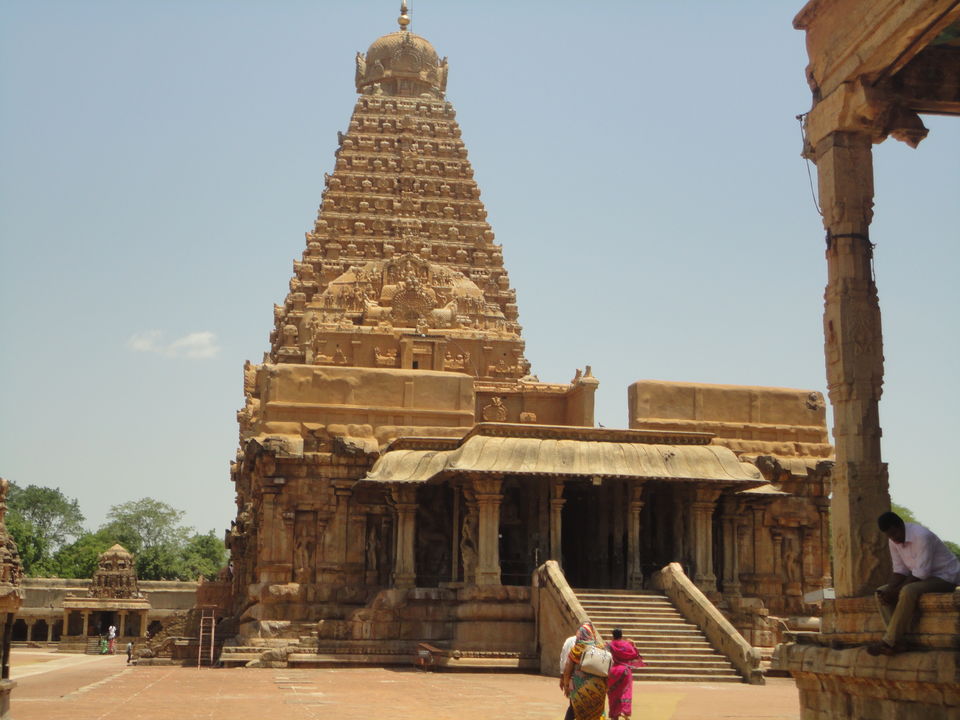 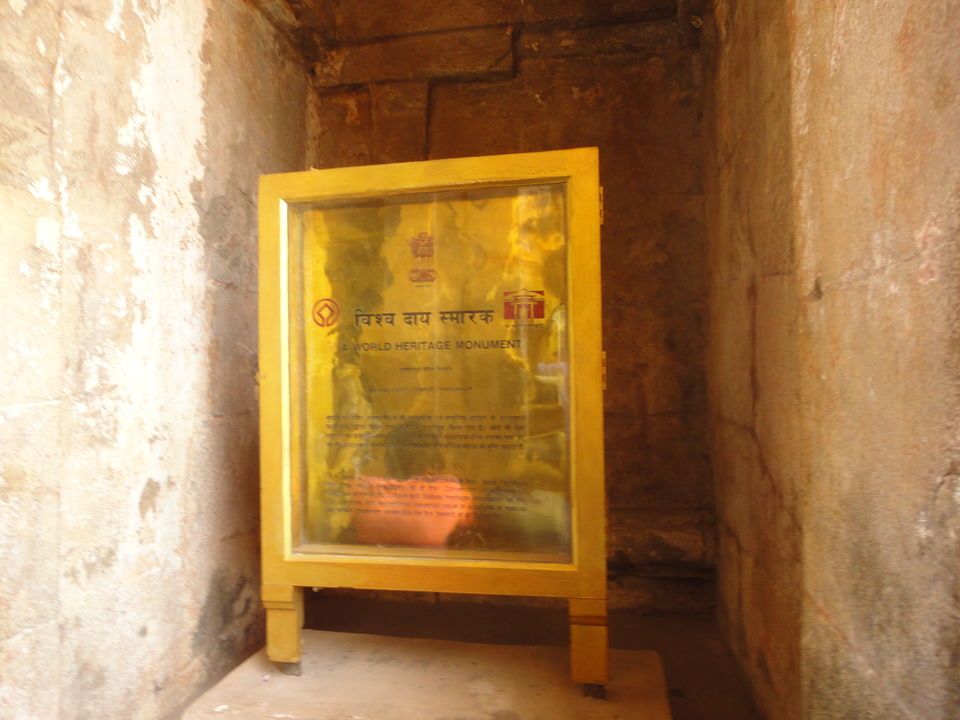 If you ever plan to visit the temples of South India (which are famous for their architecture and scale), I recommend Tajavur's Peruvudaiyaar Temple or the Brahadeeshwara Temple. I have read about it when I was a kid, in our school text books but never got a chance to see it until a few days back when I planned to visit it with my family.

Tanjavur (formerly known as Tanjore) is a district/city in the state of Tamil Nadu. Also known as the "Rice bowl" of Tamilnadu, mostly because of its close proximity to the Cauvery Delta, this city has been the Cultural capital of Southern India mainly because of its Art and Architecture.

Tanjavur although has many attractions, but its the world renowned Brahadeeshwara Temple which is listed under UNESCO's World Heritage Site that gives this place its identity.

The Brahadeeshwara Temple dedicated to LORD SHIVA was constructed by one of the mightiest and able rulers of the Chola dynasty, Emperor Arulmozhivarman, popularly called Rajaraja Chola I, (985 -1012 A.D) to fulfill the command given to him in a dream.

This temple testifies the brilliant mastery of the Cholas in Dravidian Architecture. The whole temple is surrounded by a huge wall built to give the temple a fortress like appearance (probably built in the 17th Century by Marathas).

This temple differs from the other South Indian temples such that the temple's main structure (called Vimana, which houses the main deity or moolavar) is taller than the Gopuras (Gopuram) which you can find in any South India temple. There are primarily Four Gopuras (one in each direction) however many temples have more than four. Gopuras are the entrance to the temple.

The primary sanctum or the GarbhaGraha houses a huge MahaLinga (Lord Shiva) which can be viewed at a great distance. I stood in front of the linga with folded hands and the chant of "Om Namah Shivay" in my heart.

I remember my father telling me that the base of the main structure is so huge that the shadow of the structure never falls on the earth "at any time of the day". Its amazing to see how qualified our forefathers were in Architecture , Science, Mathematics and Geometry.

In front of the main sanctum there is a statue of Nandhi (Lord Shiva's vehicle) chiseled out of a single rock, measuring 5. 94 meters in length, 2.51 metres in breadth and 3.66 meters in height. it is the second largest Nandhi in India.

Apart from Lord Shiva's temple, a Goddess Parvathy (Lord shiva's better Half)  temple was constructed by the Pandavas in the 13th Century, a Subramanya swamy (Lord Karthikeyan) Shrine by Vijayanagara rulers and the Vinayaka (Lord Ganesha) shrine was renovated by Maratha rulers.

I could not spend much time on the temple premise primarily because of the scorching heat and fear of burning my soles (although for the sake of people like me who could not walk barefoot on such a hot surface they've put up  jute mats all way to the temple entrance) and because the temple's closing time is 12.30 pm. Hence, i would recommend to visit this temple either in the morning before ten or in the evening after the sun has set down.

The temple completed its 1000 years in 2010 on the occasion of which the state government organized lot of cultural events.

Being a Tamilian I have visited many south Indian Temples in my life but this temple took me by awe with its massiveness, architecture, history, culture. Its an apt tribute by a King who worshiped his lord more than anything in this world.