With a handful of excitement and a heartful of devotion, with a pinch of nervousness, I executed the
plan of a solo trip to Tirumala Tirupati Devasthanam, a city in Chittoor district of the Indian state of
Andhra Pradesh. As per the plan, it was a 3-day trip to make myself comfortable to explore the city
from the time I step into the sanctified place till I start back home. Filled with mixed emotions, I
boarded the train from Kacheguda in Venkatadri Express at 8:05 p.m. and reached the divine
destination the next morning at 7:20 a.m.

I stepped out of the train curiously wondering if it’s me who has reached this holy place all alone.
Though browsed about many residing places, I felt that a dormitory would be the most reliable and
budget oriented place and headed towards SWAPNA NIVAS DORMITORY, 1.5 kms away from the
railway station. I sensed it to be hygienic and worthy enough. I was allotted 1 among the 24 bunk-
beds for which I was charged around Rs 345/- per day. Though I wanted to recline for some time, I
couldn’t as I was much interested to explore the city at the earliest. I visited the PADMAVATI
TEMPLE at TIRUCHANUR which was around 5 km from my amazing dorm. Happiest part was there
was a facility of Rapido, a bike taxi which proved to be very helpful throughout my trip. Post visit to
the temple, I had a delicious breakfast at HOTEL VASANT and boarded the bus to railway station as it
was the common point to visit all other devotional places. My next visit was to the KAPILA
TEERTHAM, which is a well-known water fall, in a free bus. But due to extreme heat, the flow of
water had disappeared. No issues!!! I felt the bliss of visiting it. Further it was time to hangout for
some time and thus the BNRSV MALL dragged my attention which had a few stores like the Big
Bazar, Mc Donald’s, Max and Pantaloons). I filled my tummy with the usual delightful lunch at Mc
Donald’s and visited the GOVINDA SWARYRAJ TEMPLE and SRI VENKATESWARA MUSEUM which
were opposite to each other. I would rather call it a ceremonial day !!!

The most vital part of the trip was to visit TIRUPATI BALAJI, located on the top of the hill. There were
two different footways to climb – ALIPIRI METTU, a way which would take around 3 hours and SRIVAARI
METTU, which has 2388 steps and would take around one and a half hours to mount. I preferred the
later. I hired an auto to reach the location which was 30 kms away from my dorm at 6:40 a.m. With a
devotional feel, I started from the origin of the sacred hill and seemed to be ritualistic, which I preferred
the most. Half the way, the tokens for DARSHANAM were distributed and when I checked mine, I found
it to be in the evening i.e., 4:30 p.m. Moving to the fore with curiosity, I reached the top of the hill
within 1 hour 14 minutes. To reduce the hassle of carrying the luggage all the way, we were asked to
drop our luggage in the counter and collect it after reaching the top of the hill. I headed further and
collected a token to tonsure and donate the hair. I felt relaxed when I saw the common restrooms to
freshen up. Since a couple of hours were left for the darshan, I decided to go for sightseeing after having
my breakfast. I could find a good hotel nearby the SV Complex and had my breakfast. Without a second
thought, I hired a taxi for Rs 150/- to visit 6 holy places. First visit was to SRIVARI PAADALU, followed by
SILLA THORNAM, a garland of rocks and CHAKRA THEERDAM, where you need to climb down the stairs
for about a kilometer to hold close the beauty of it. The next attractions were the VENUGOPAL SWAMY
TEMPLE which was crowded with the pilgrims but it was worth visiting as the interior was mind blowing.
After a drive of 4 to 6 kms, I reached AAKASHA GANGA, a heaven on earth, where the teertham
originates from the feet of Lord Venkateshwara. The last was the PAPAVINASAM, a place which was
believed to dissolve all the sins of the devotees. This was a natural waterfall but it was designed in such
a way that the water seemed to flow from the mouth of the lion. Now, it was the time for the darshan
as per my slot. So, I had to get back to the location to complete my purpose of visit. The architecture of
the temple left me dumbstruck. I completed my darshan within 2 hours and rushed to the prasadam
counter for the most popular TIRUPATI LADDOO. I was served with a complimentary laddoo and added
to it I purchased a few more for my most awaiting friends and colleagues. That wasn’t an end of my trip,
rather it was a begin for a new hope.

There were many more places of visit around the city but due to the high alert of the COVID – 19, I had
to rush back. However, with a contented feel of visiting the main attractions of the city within 2 days, I
ended up my trip with a fistful of devotion and a heart full of ecstasy. 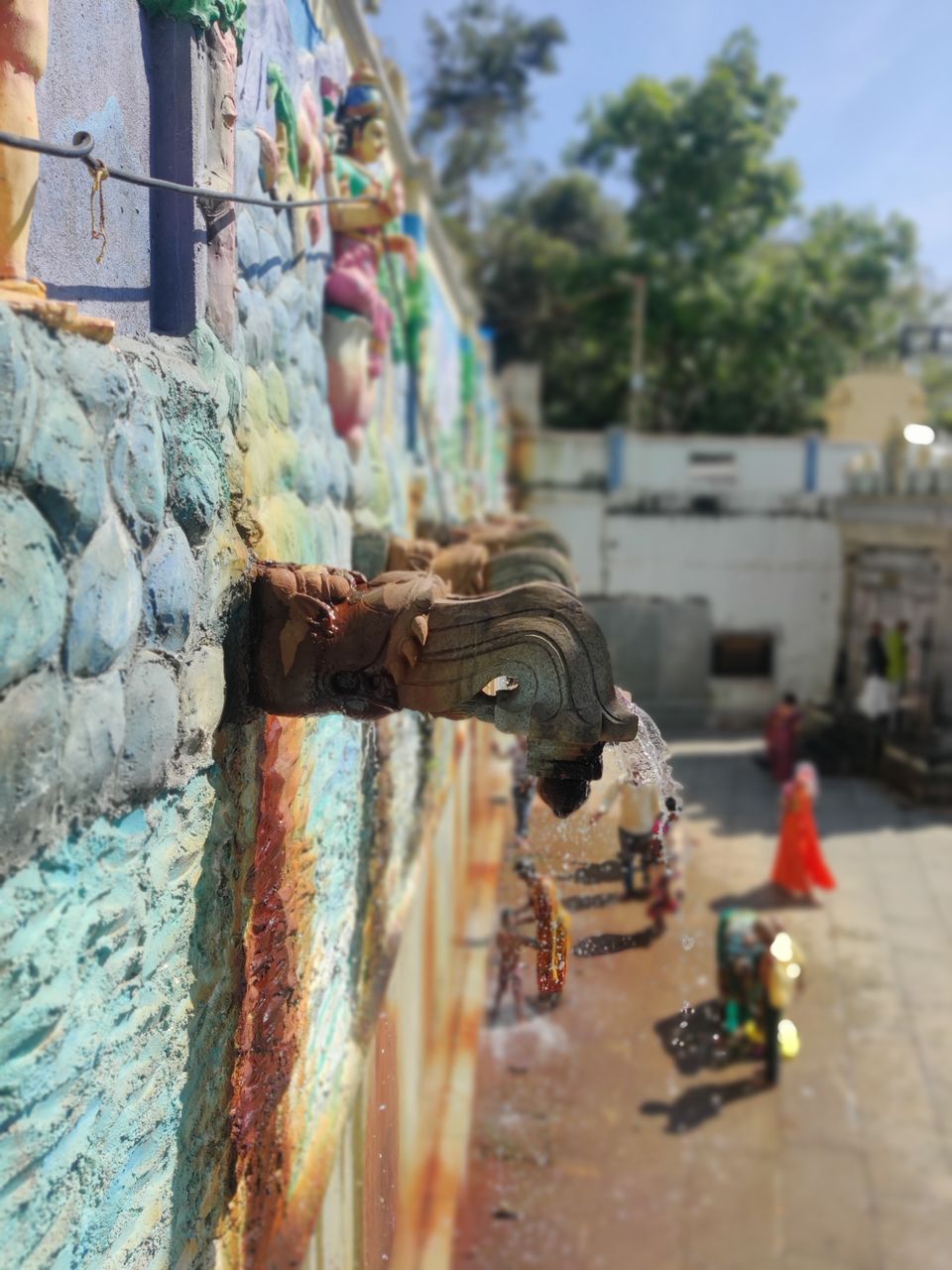