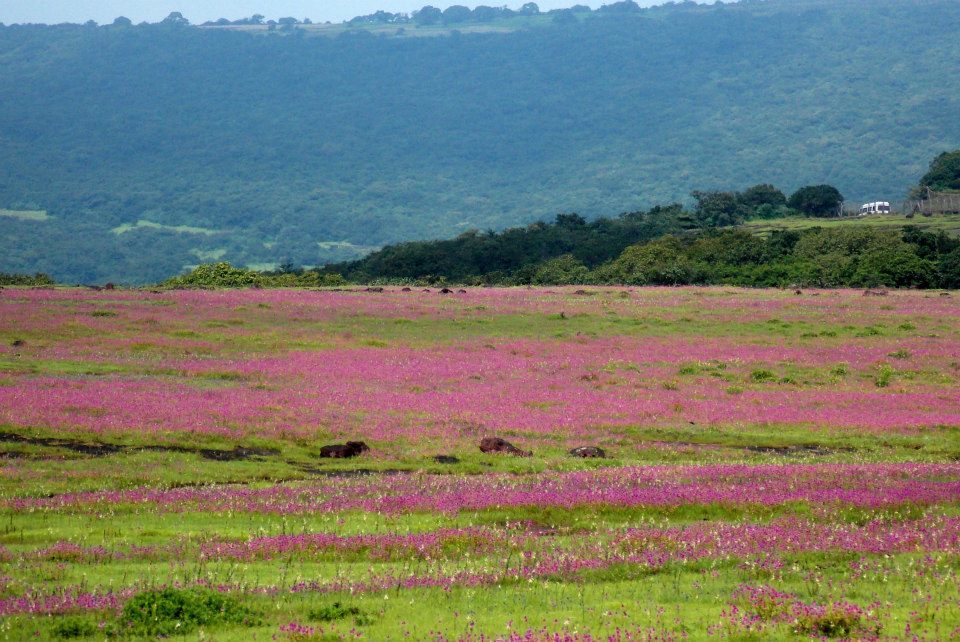 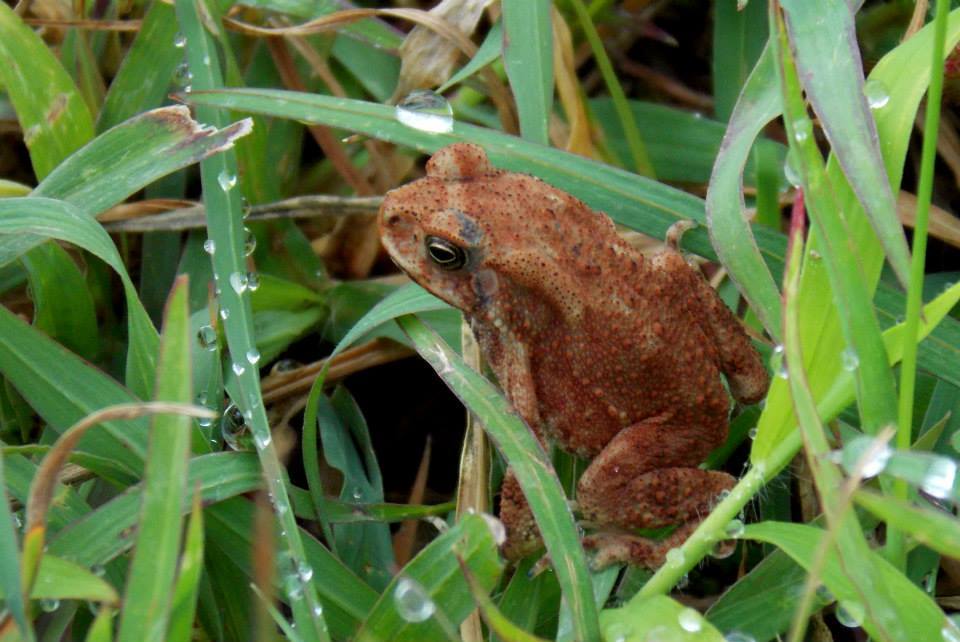 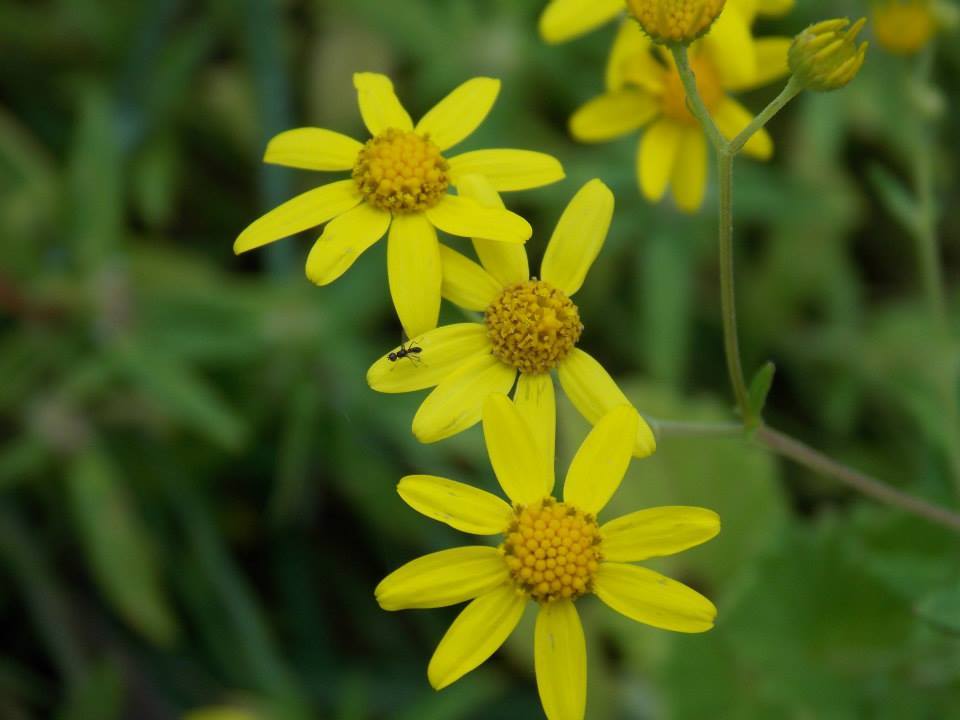 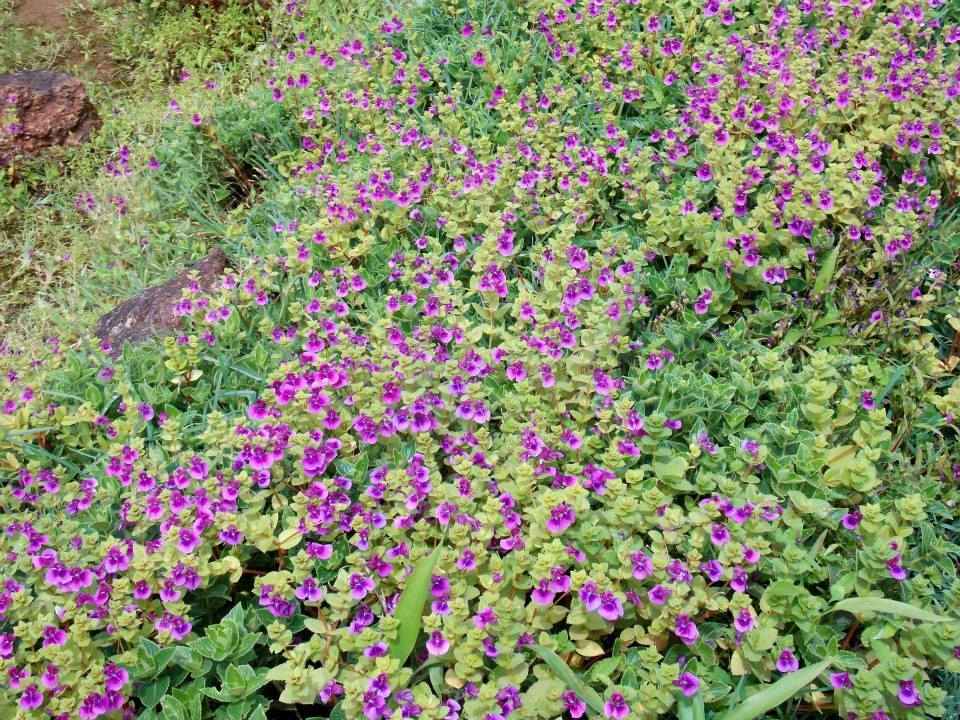 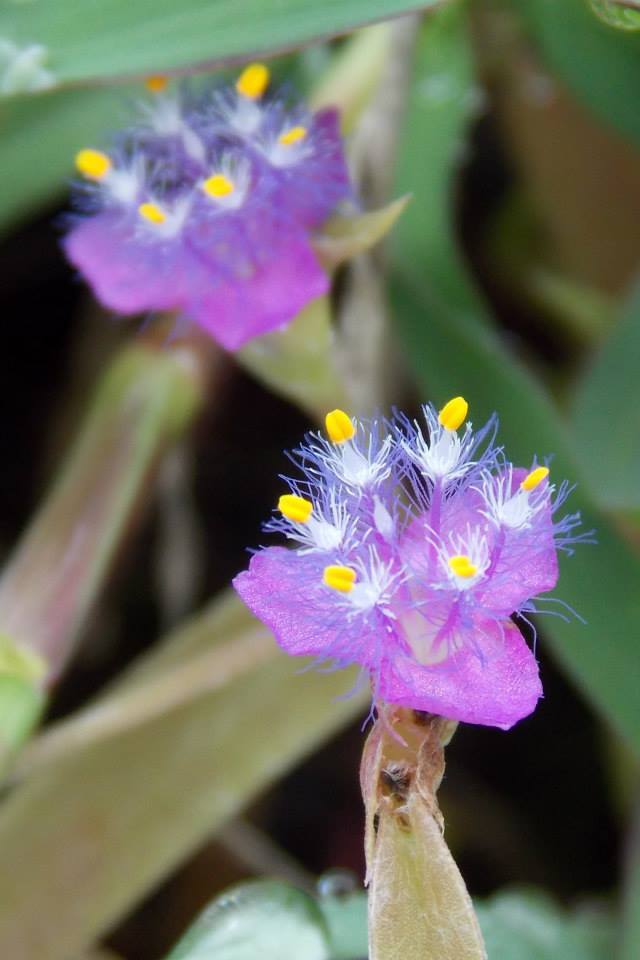 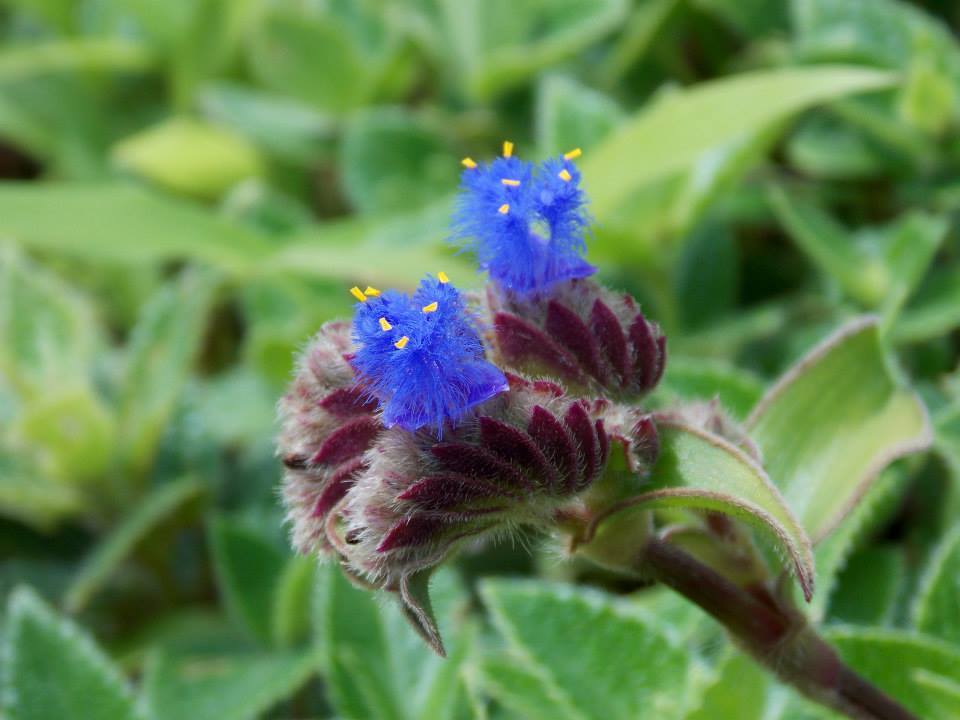 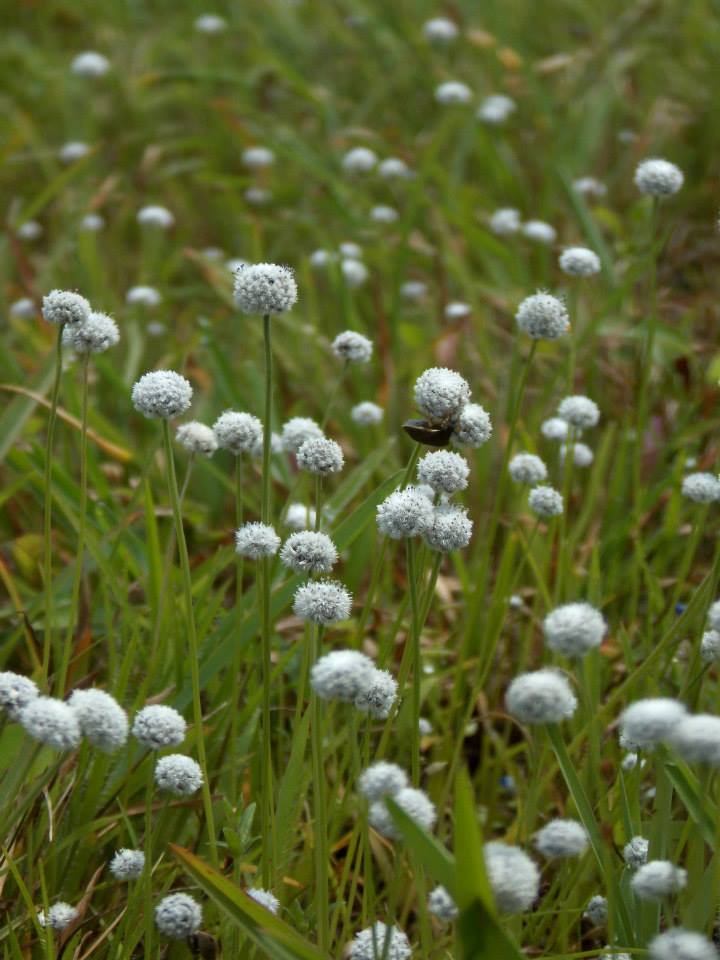 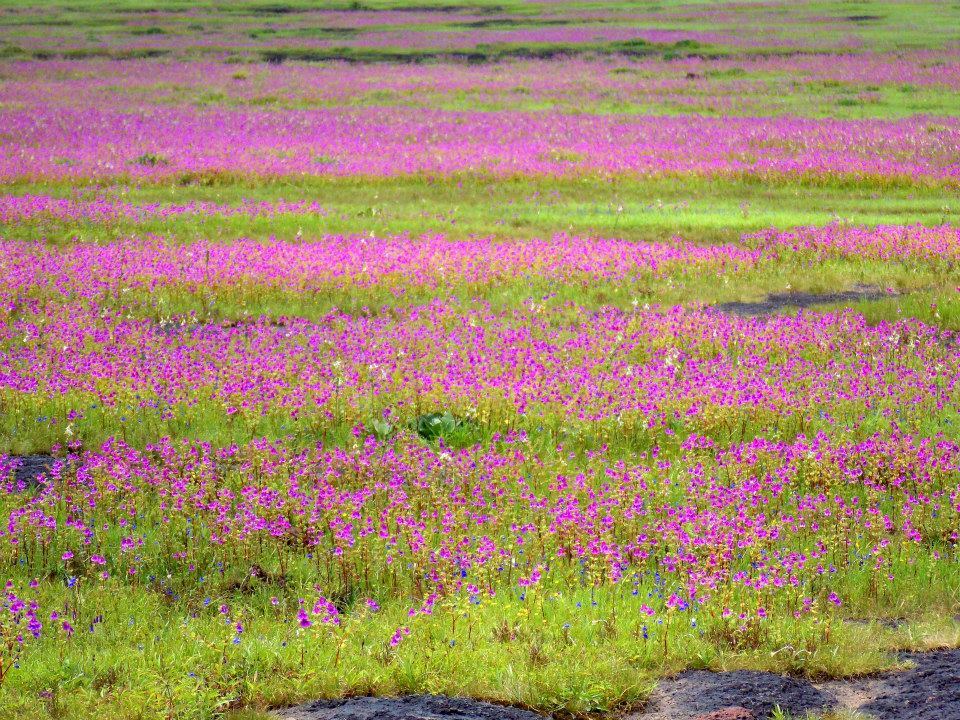 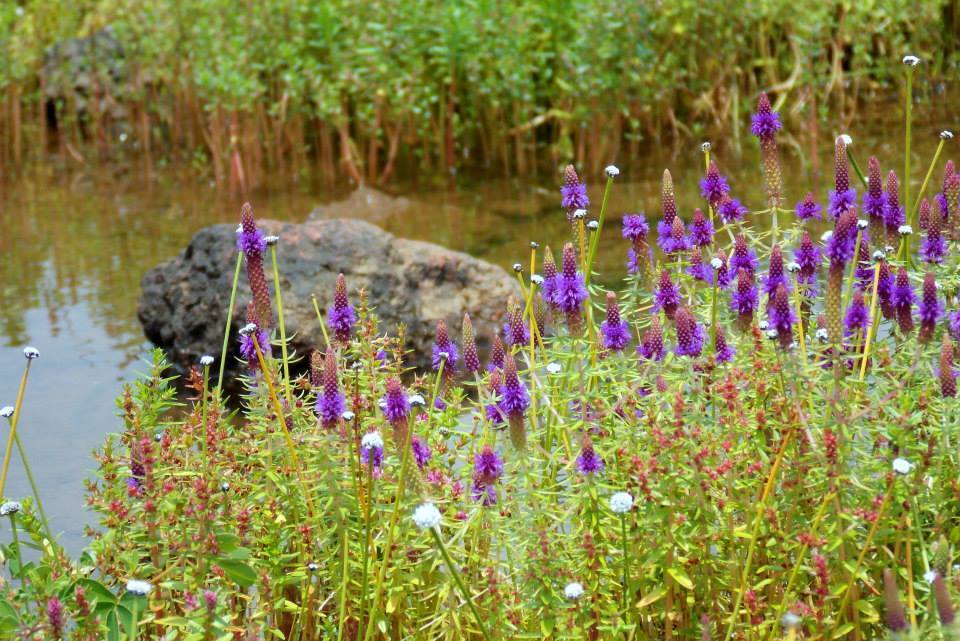 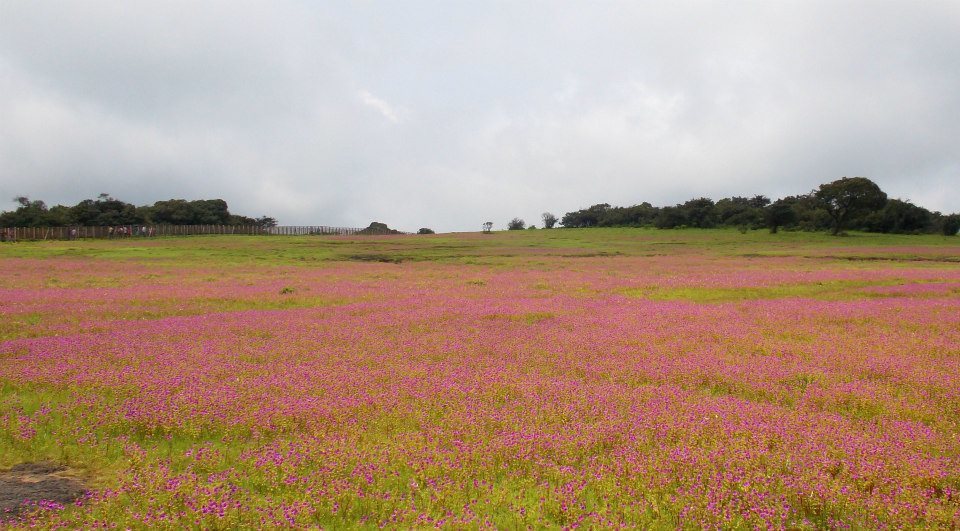 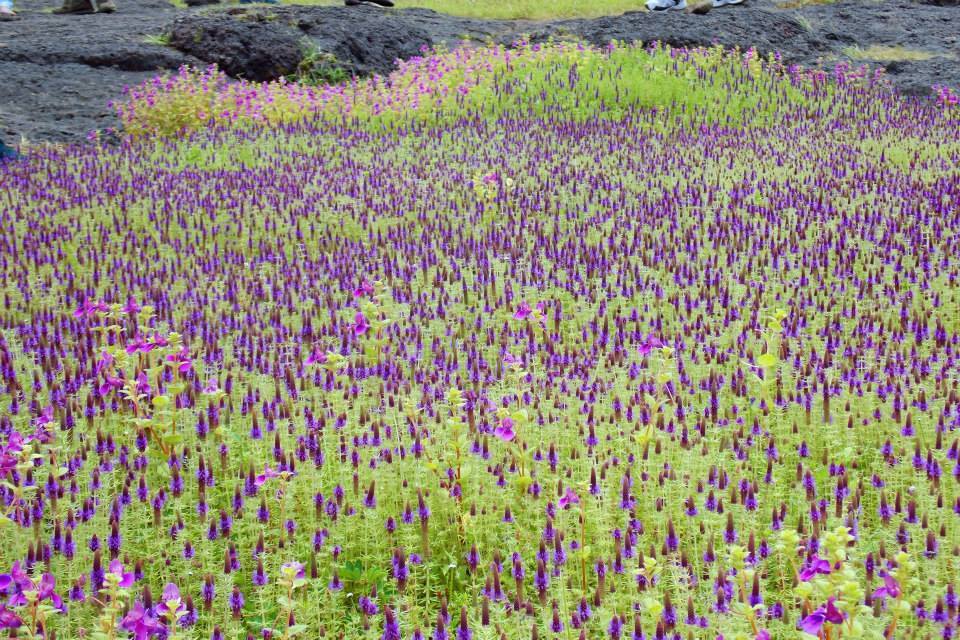 Just the Friday before our much anticipated weekend trip to Kaas, Pune Times had to publish the news that Maharashtra's Valley of Flowers - the mesmerizing Kaas Plateau - had started blossoming in all its vigour. And since I'm living in Pune for a little over two years now, I understand Punekars' obsessive compulsion of checking out all the possible weekend getaway locations. So I was not very surprised in seeing a looooong trail of cars (a rather unending trail, really) along the vast stretch of the fenced pink plateau.

We entered and the plateau seemed to be kissing the horizons. As far as the eyes could see, there were shades of pink (mostly), blue and purple all around... and there were human heads - loads of them - blocking our vision every now and then, and filling the otherwise pristine, serene place with muffled cackles. My uncle had told me that the first time they had visited the place some four years ago, it was not yet declared to be a World Heritage Site, and therefore they were one of the only two families which had come to visit the place. It seems that the plateau had blossomed even more that time.

Well, I followed 'ignorance is bliss' policy and roamed about; and here are a few shots from the amazing place!