A Pocket Friendly Launch Into The Universe

A pocket friendly launch into the UNIVERSE 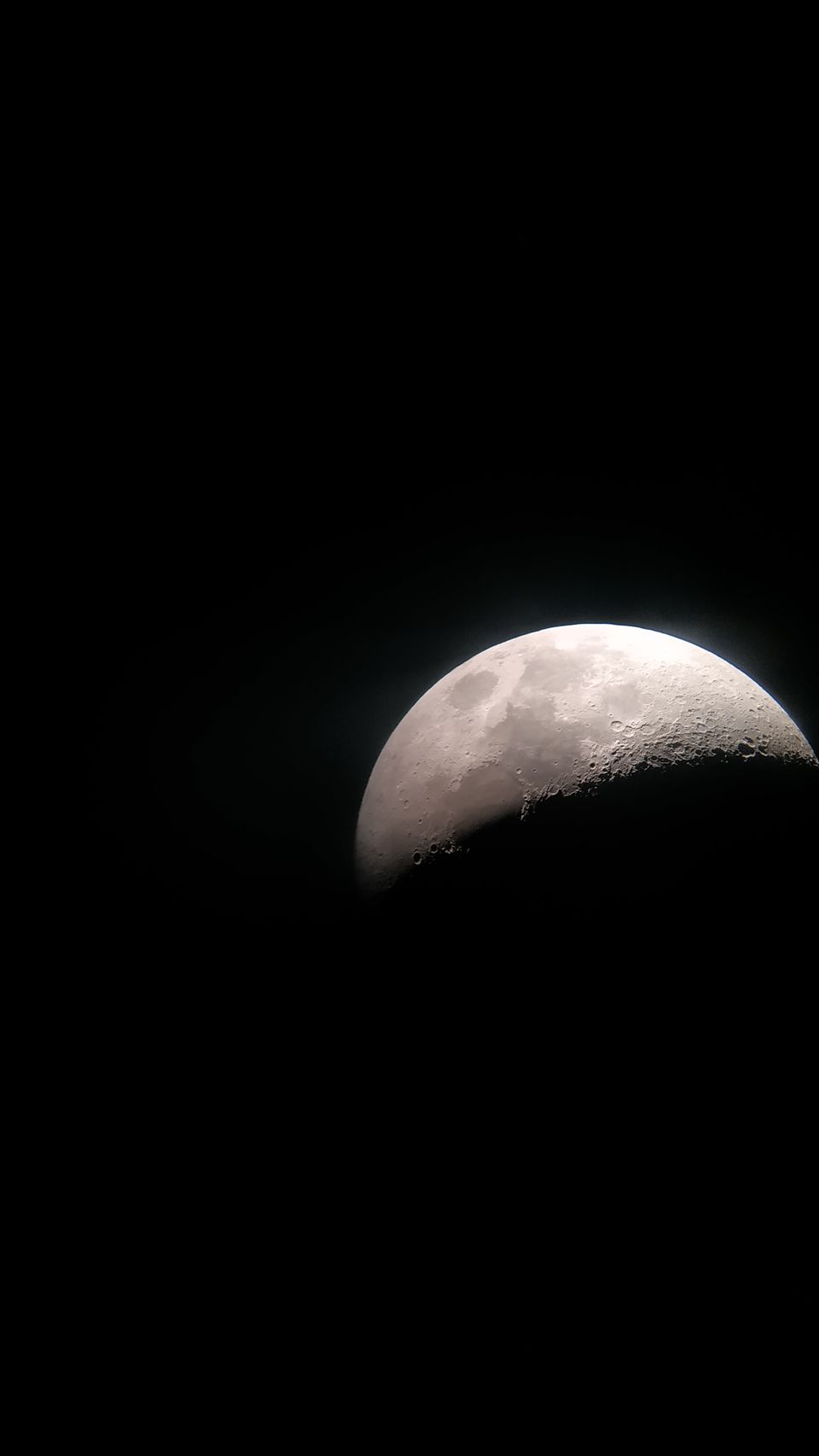 When you love to travel and explore new places, you always binge to experience something unique and different. This time I choose a journey to get launched into the space to stars and beyond.

Covid-19 had kept all of us locked down. As an avid and compulsive traveler, my soul needed liberation, but the fear of the pandemic was a big deterrent to my travels. I was longing to travel but held myself back, finally today I could muster the strength of undertaking the journey on the promise of the site that it was Corona safe, the truth be told I probably was ready anyways as could not bear this feeling of captivity anymore.

We started from our home in New Delhi at 9:00 a.m, the sky was bluer, the air was purer for obvious reasons. The earth had shown the humans that you were guests on the planet, not owners.

It was a beautiful journey through Aravali ranges on a comfortable road, scenic surroundings, nice eateries, and "Dhaabas" made me forget every fear I had It seemed that probably Corona was a just a nightmare, life seemed beautiful and normal. I sincerely suggest that those who are locked down for long should take all precautions and take a long drive it will fill you with energy and hope. We did not stop at any place to eat but the bustle and liveliness of the road did not let me feel bored or tired of driving. A few farms pulled me out of my car to get clicked with the beautiful sceneries around. It's like reminiscing the childhood drawings - Mountains, Sun, Birds, Animals, Farms, Mud houses. After 4 hours of this splendid drive, we reached "ASTROPORT-SARISKA" situated in a small village called Tehla, Rajasthan near gate number 2 of Sariska wild life sanctuary.

Road which leads to Astroport Sariska 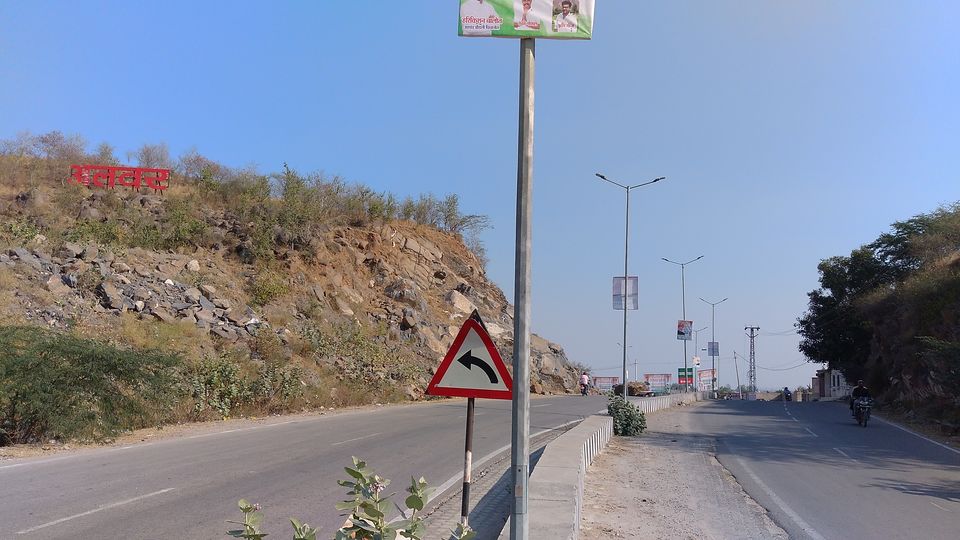 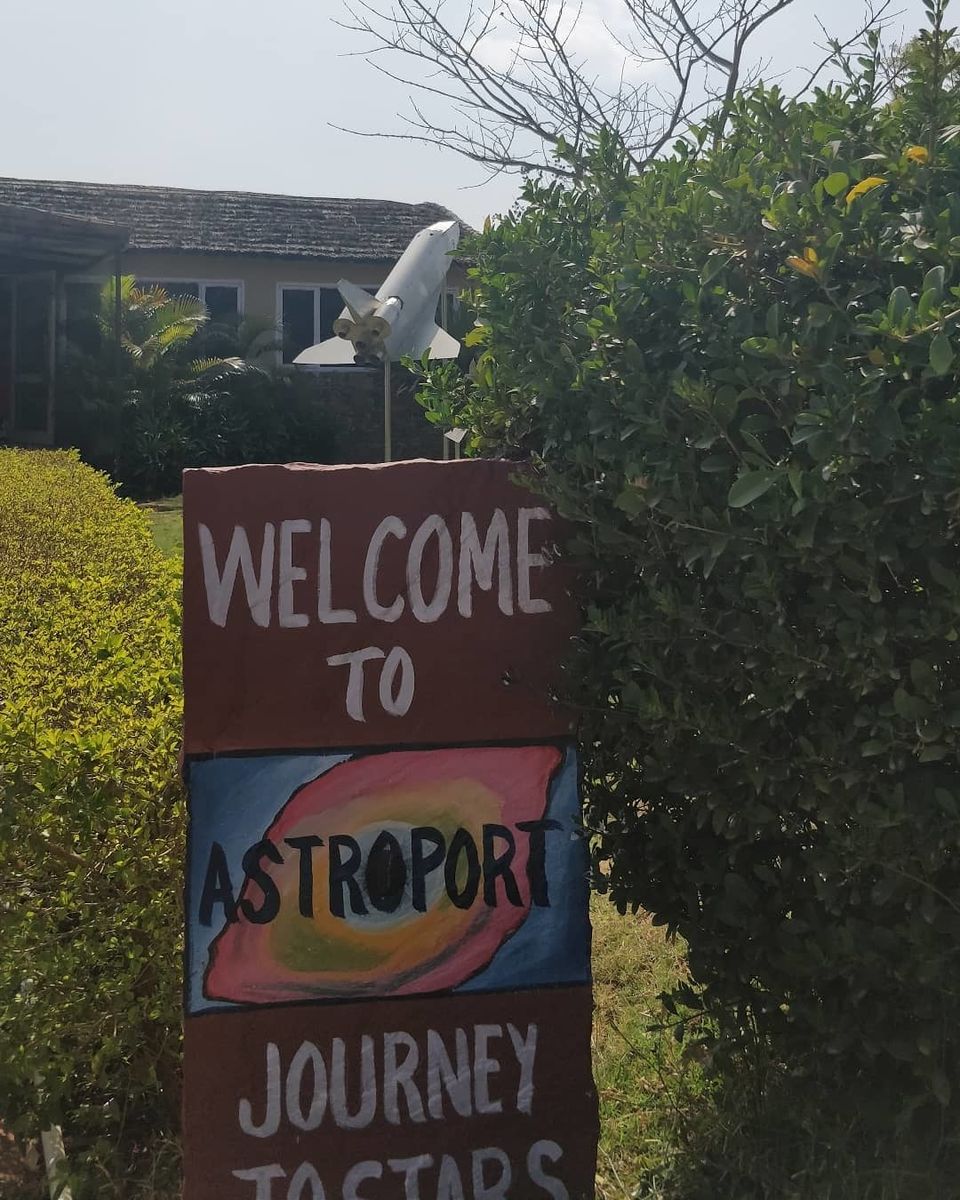 We arrived at Astroport Sariska at 2:00 pm( afternoon)and were welcomed by a man with big Mustaches and a beautiful Rajasthani turban, who greeted us with "Khamma Ghani"- hello in Rajasthani. I was awestruck by the landscapes and the surrounding mountain range. The serene environment that has taken my heart already, filled me with happiness. Check-in was quick and smooth, we were briefed about our schedule and activities and efficiently escorted to my tent - "GALAXIA" - A tented family cottage that accommodates a family of 4 adults and 2 kids with an attached bathroom and toilet. I noticed that they had another room type are named "NEBULAE" - rooms which accommodate 8 adults with attached bathrooms & toilets.

I took rest for half an hour and went for taking Lunch in the "ORBIT" - the dining area, We were served with delicious and sumptuous buffet with veg and non-veg delicacies. Post Lunch, I was taken to a hilltop overlooking a DAM - called Mangalsar - a reservoir for rainwater harvesting. On a small hill beside the dam gallantly stood an ancient fort named TEHLA Fort which looks like the crown of the Astroport. The escorting education Officer was highly informative and fun. We were shown different species of birds and shared a story about the Tehla Fort. From the top of the hill, one notices the Organic farm, Greenhouse, shed, cattle farm within the Astroport premises. It is good to be served with organic food and in house dairy.

By evening I was enthralled, eagerly waiting for the dusk to happen. After all, it was not called Astroport for no reason. It was the darkest site near Delhi for star gazing and hunting planets and deep-sky objects. Finally, the very first star peeped out to us, I was given a few hints to name it but could not correct. I was amused to know that it was "VENUS" a planet not a star. It was a perfect kick start to charge me to dive into exploring the Universe, What a feeling it was! I was in the lap of mountains, gazing at the sky and getting introduced to the heavenly planets and galaxies, so excited to know more and more so like a kid I kept asking questions after questions.

I particularly appreciated the patience of the Education Officer for 100s 0f questions pouring out from here and there. He satisfies our curiosity so intelligently and interestingly. After the sky tour ended we were introduced to different types of Telescopes. I saw Moon with an 8-inch telescope and I was awe-struck... every crater was so clear, I can swear, if you have not seen the moon through a telescope you are missing something. I was told each crater has a unique name and they are there for thousands of years, which made me more amused. I was helped to take a few photos on my Mobile through telescope.

We waited for the moon to set a little and to my amazement as the moon set the real show began. The sky seemed to fill with more stars. I was asked if I am ready to dive deep down into our own Galaxy "MILKYWAY". How could I be not? OH My GOD! Milky Way was visible naked eyed. That Night I got to know about so many stars, planets, Galaxies, deep sky object like Orion Nebula, Horsehead Nebula, Andromeda Galaxy. In just 1 night I was reborn, I was given a new vision, it was such a beautiful experience that I re-discovering myself. I think stars will be my friends forever now.

Swing under the Milkyway 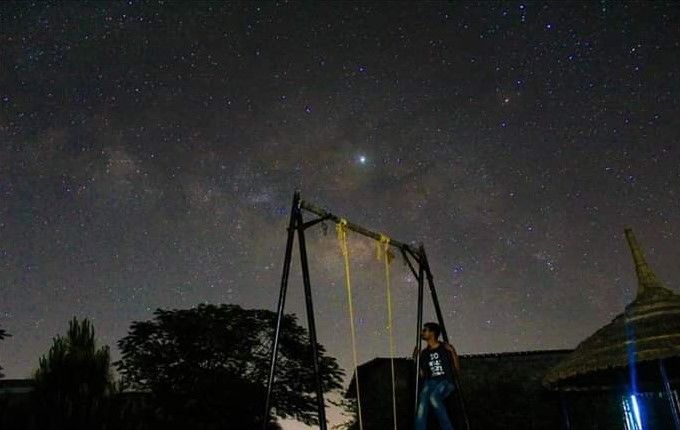 As soon as I finished my dinner later, I was taken out for Night Jungle Safari. Yet another experience, adventure to fill my basket. I saw a family of Jackals, Hyena, Night Jar, owlet, Cheetals, Sambar Deer, Blue Buck under the stars. The night was ending but the excitement was rising.

I was literally pushed to rest and meet again in the morning for another highly interesting activity. I was got up early and enthusiastically reached the meeting point to be introduced to the beauties of Nature - "beautiful birds", I never knew that watching birds and their fun and frolic was so exciting. I was shown Golden Oriole, Red Munnia, Peacock, and many more species. there are apparently more than 200 species of birds to explore in the area. We went for the nature walk for 2 hours, I never wanted it to end but as the sun was rising the activities of the birds diminished and we came back for a lovely breakfast. 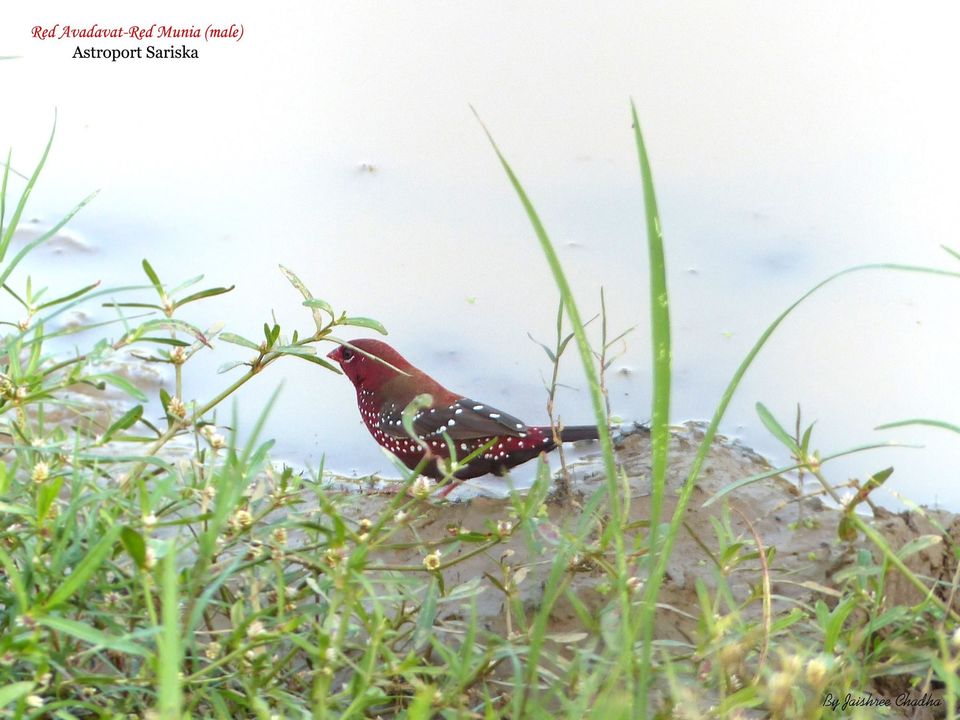 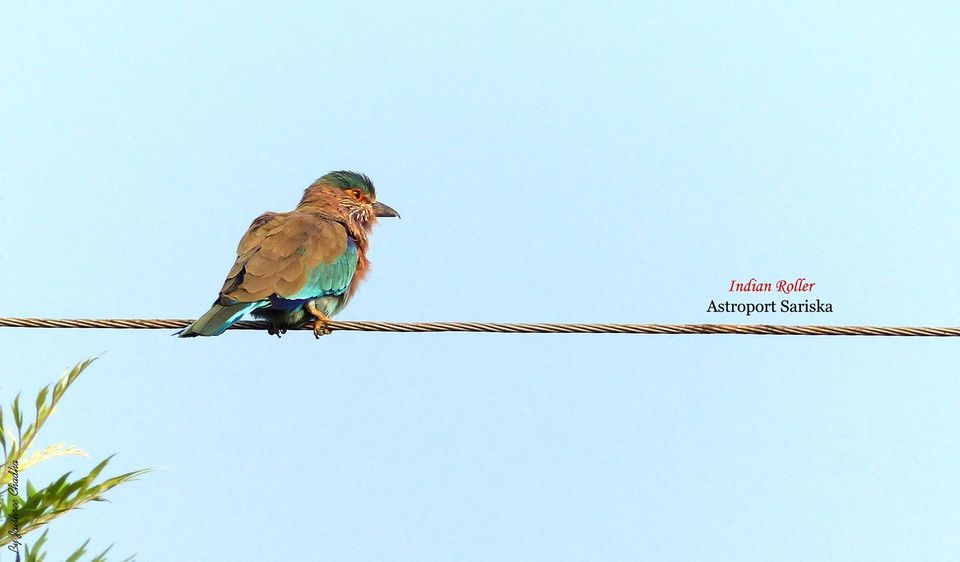 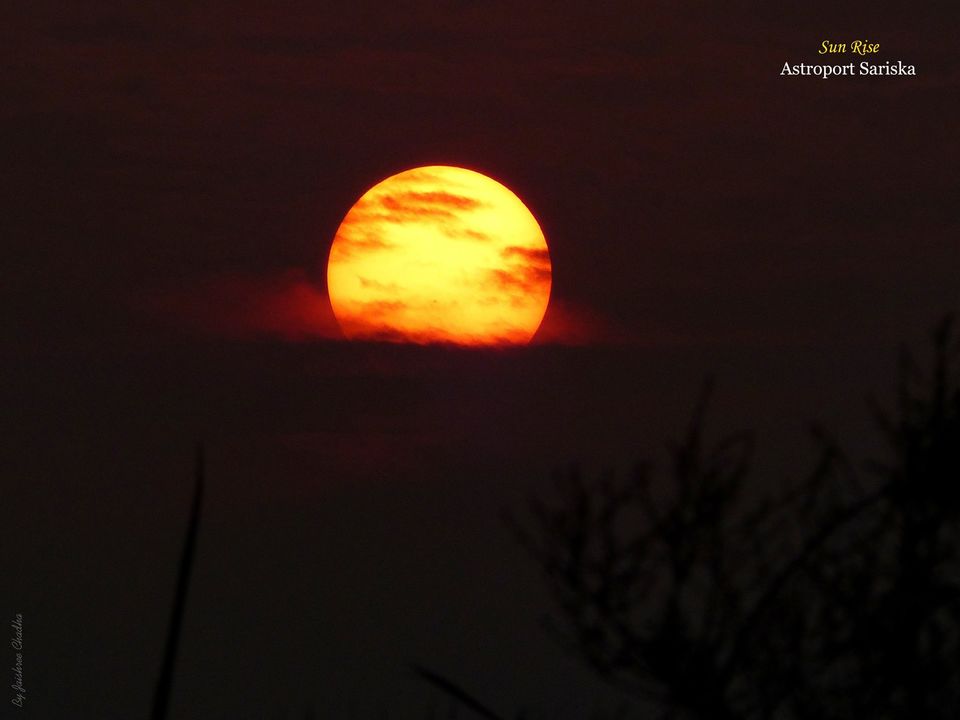 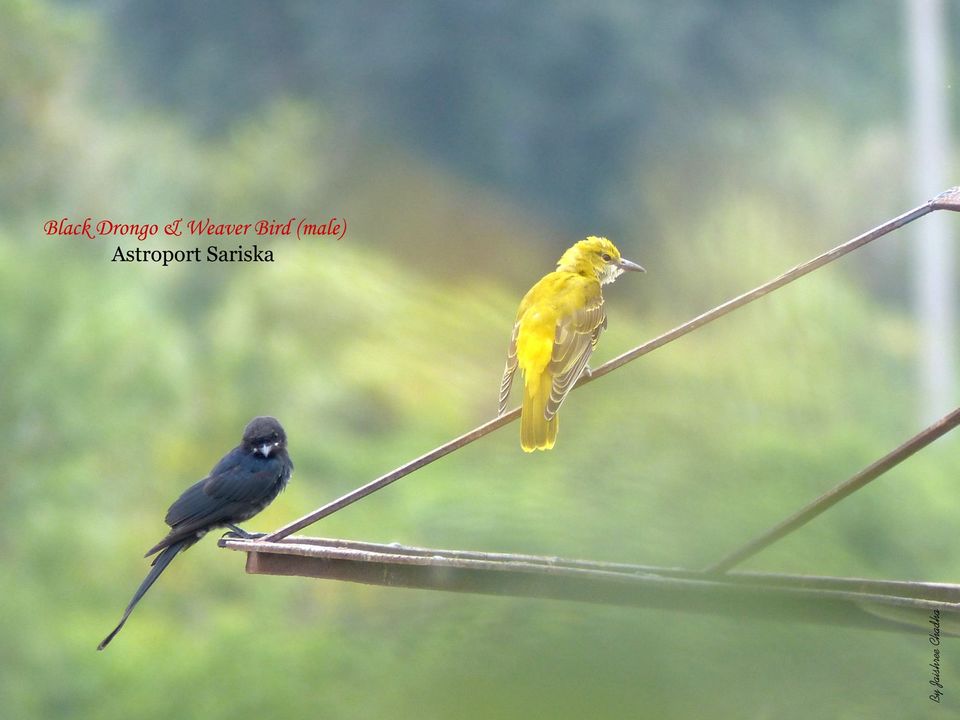 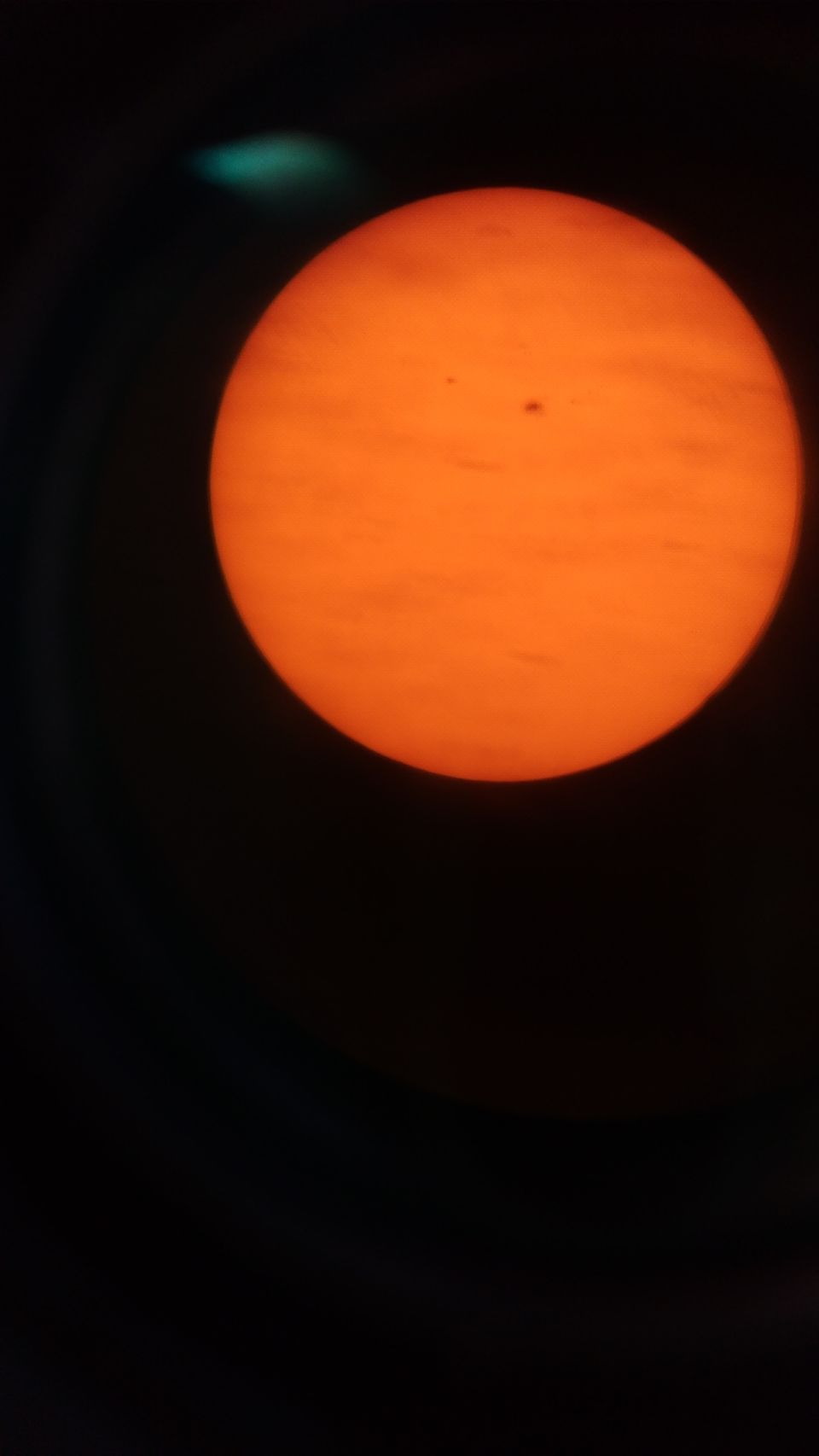 The tour was ending but the excitement was building. The climax of my visit was to make my own rocket and launch it and it was stupendously incredible. the rocket launching followed an introduction to our morning star - "THE SUN", its Flares, Sunspot, and how it is dangerous to see it naked eye.

Tariff per night Rs 4000 per head inclusive of all taxes, 3 meals including high tea and Astronomy and SPACE Science experience .

Best time to visit round the year ( except monsoon) and you can get your stay booked @9278767700 or from their website https://www.astroportindia.com/

Never willing, I gave a farewell to Astroport but there were more surprises in its store for me. I was given a photograph in which I am standing under the Milky Way. A short but exciting trip was coming to an end. I promised myself to visit again soon it was truly a place to relish, I have discovered not only Stars, Planets, Galaxies but myself too. 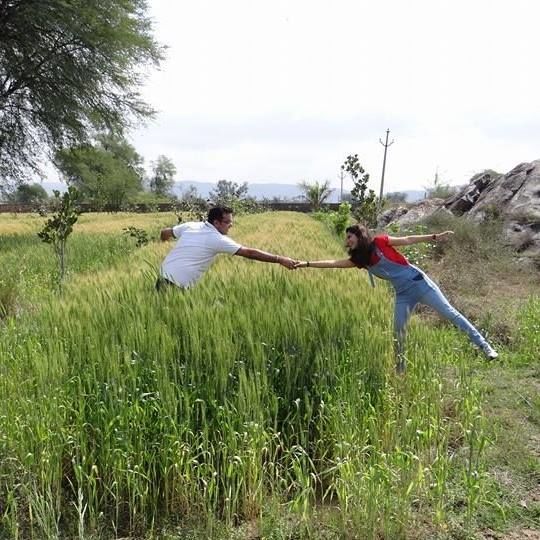 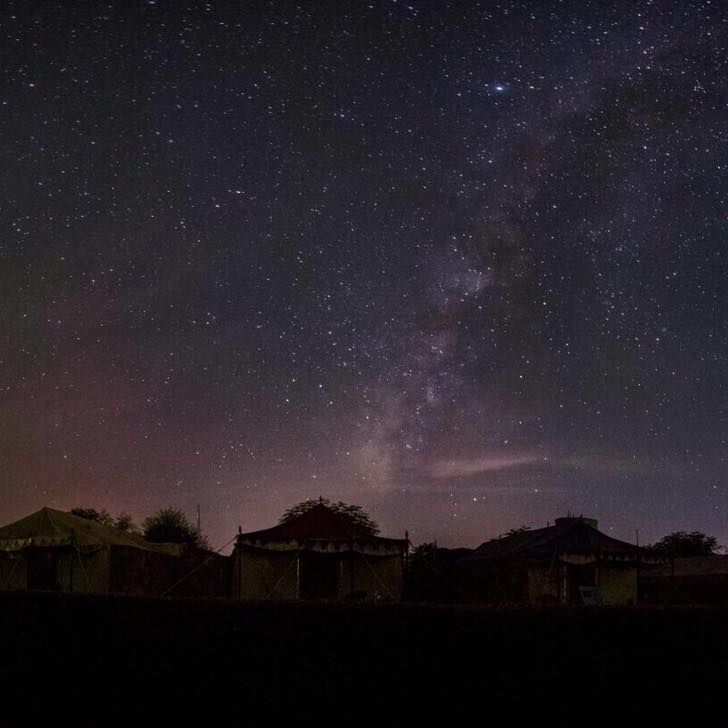 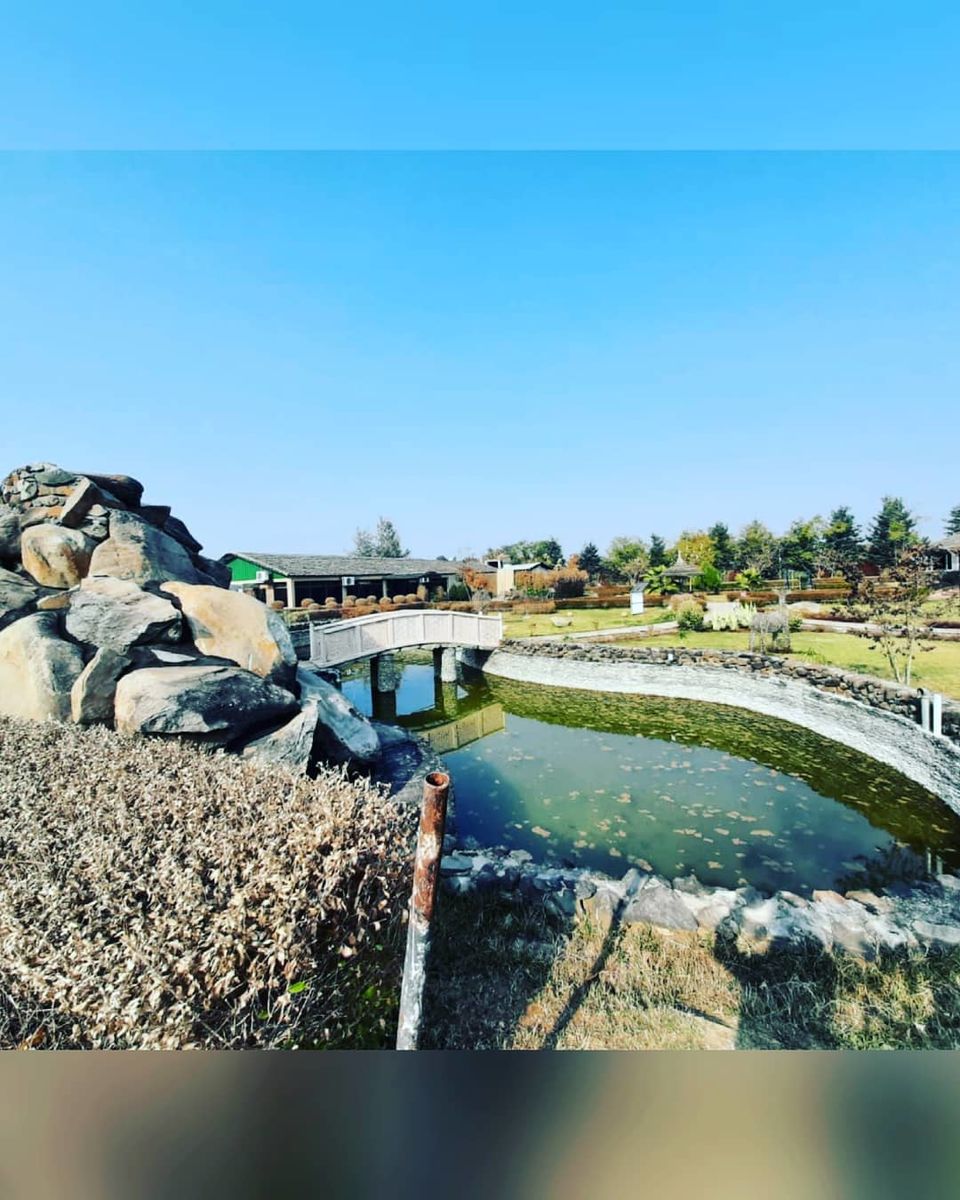 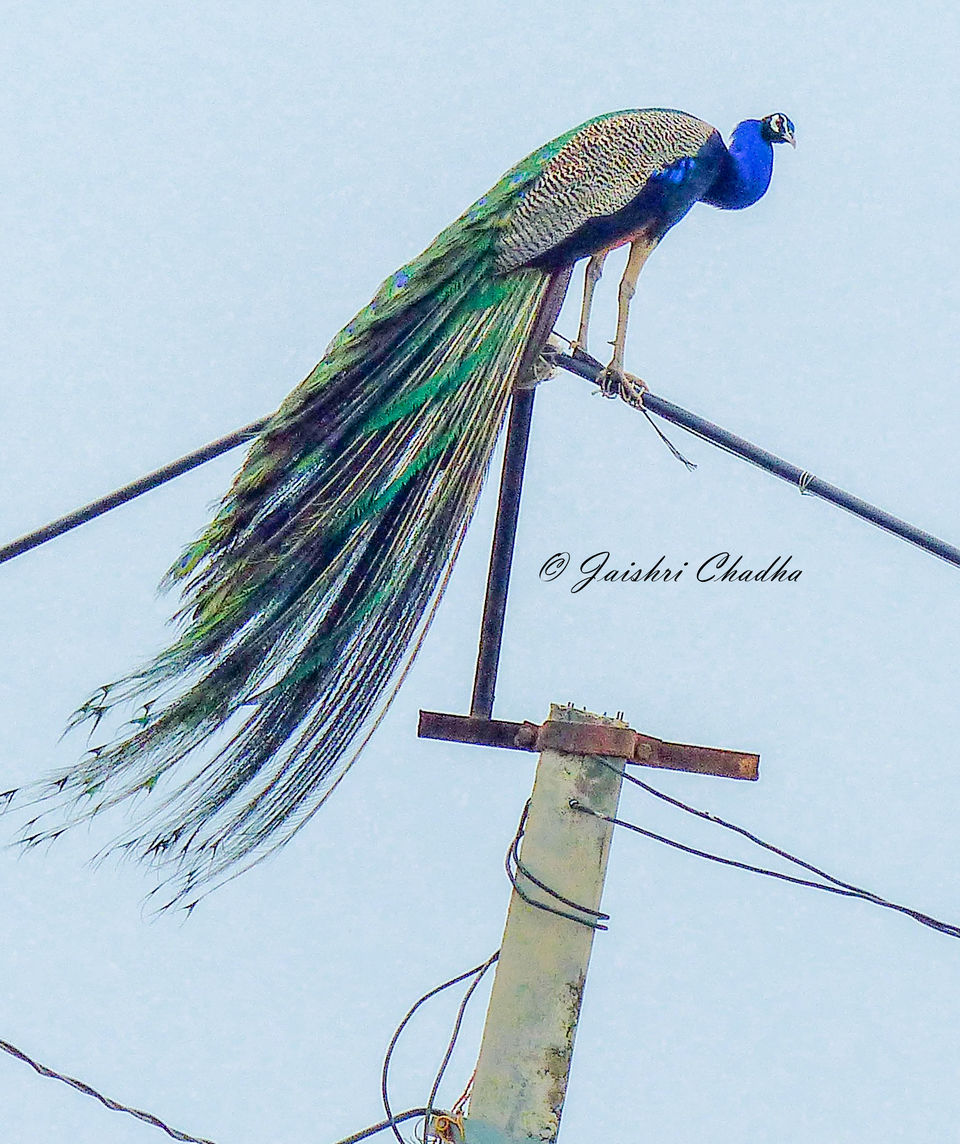 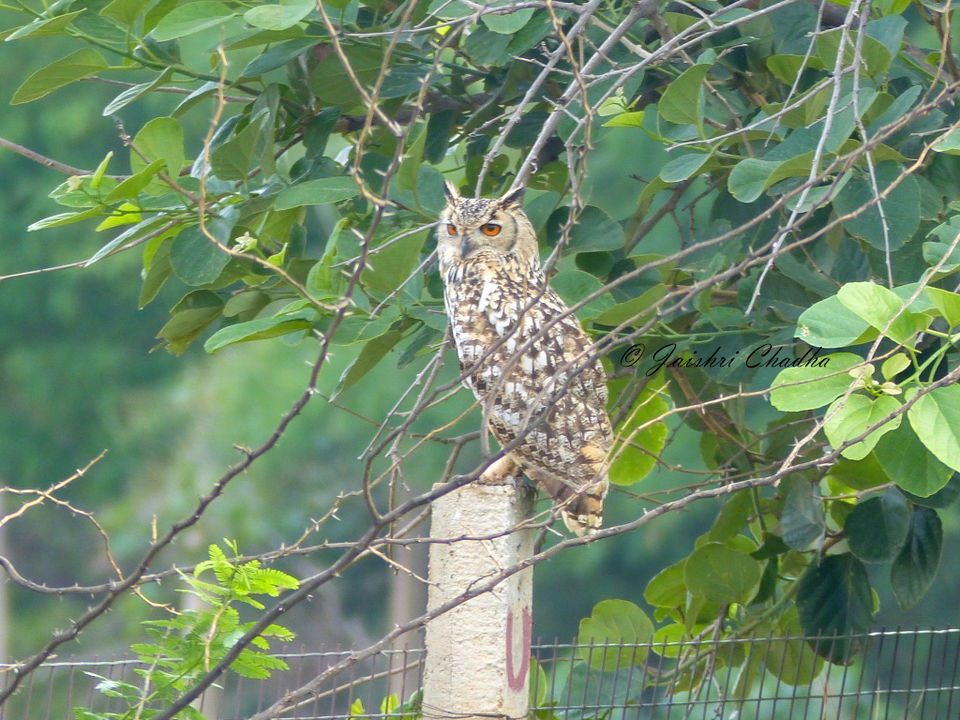