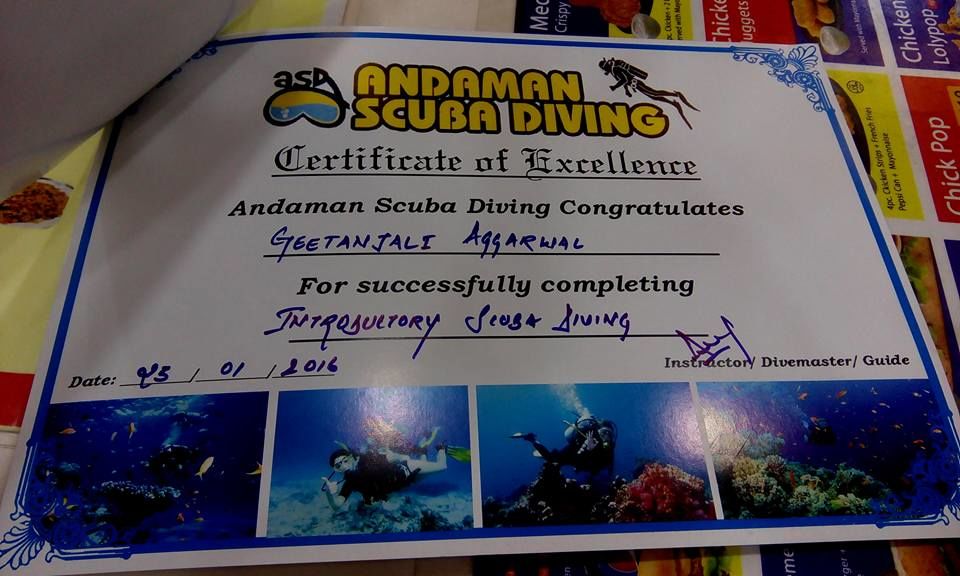 Was only thinking on remembering how to breathe! 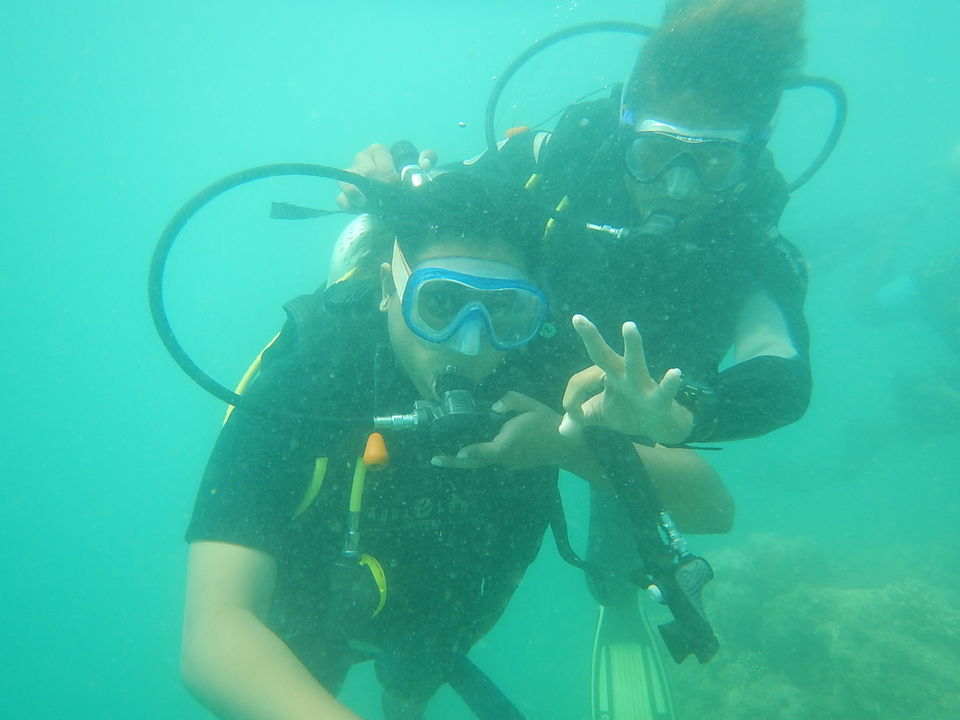 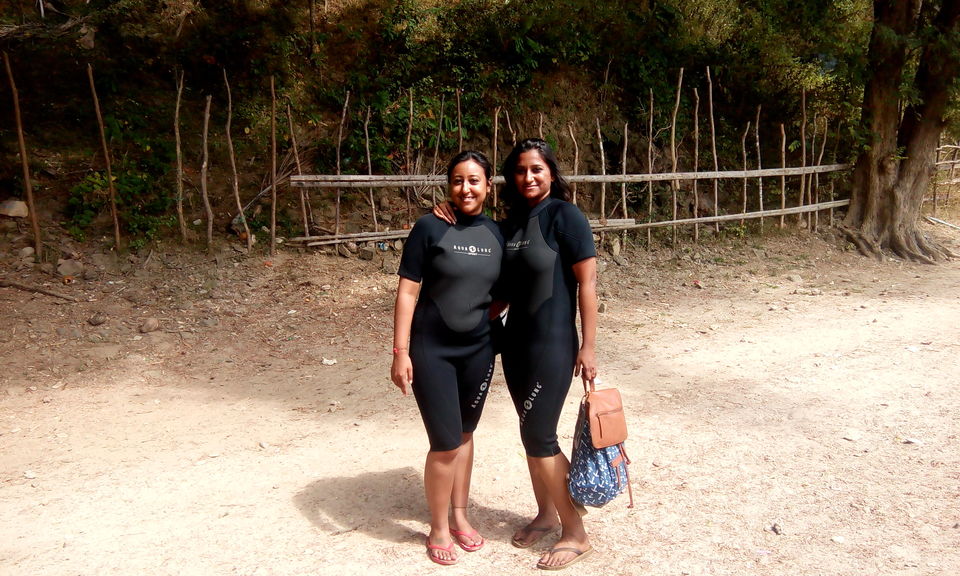 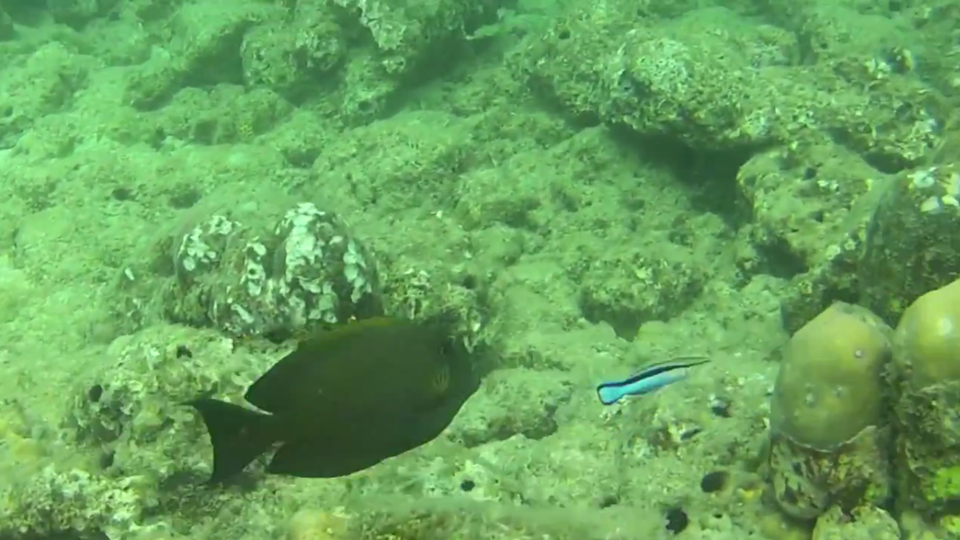 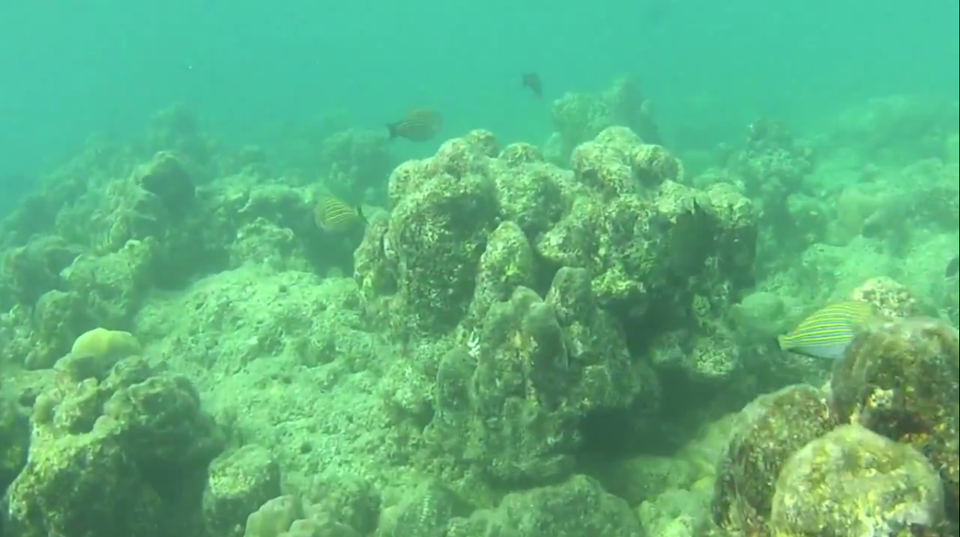 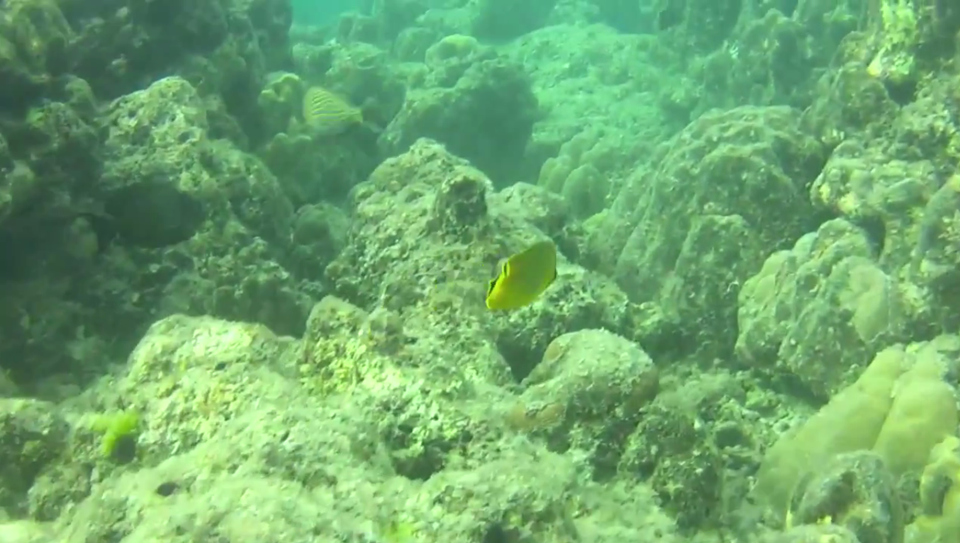 After watching the movie 'Zindagi Na Mile Dobaraa', Scuba diving topped my list of to-do adventures! We tried it at North Bay which was around an hour from Port Blair. We were told that North Bay has one of the healthier coast line with rich coral reefs and marine ecosystem. Now, there are 3 types of reefs; Fringing, Barrier and Attols! Barrier reef is much farther from the land (as shown in ZNMD movie) while Atoll are formed around volcanic islands.

At Andaman, we have Fringing reef which is more suited for recreational divers. So, we donned our wetsuits and got the gear on our shoulders including oxygen tank which was around 15 kgs. And then, our trainers( they have individual trainers) started training us on how to breathe underwater and way to communicate with them underwater silently! Thumbs up means Ok and Thumbs down means Not Ok! Breathing is most important which is done through the nozzle which was in our mouth clamped by our teeth and covered by our lips!!!! It took me 5 minutes to just get that right! Then came the technique of blowing the nose hard which is covered from gear, to open our ear blockage!

Now, by this time, we both were more or less nervous wrecks, though super excited too! I was visibly shaking, well.....I don't know how to swim and going in the ocean with 15 kgs of equipment for 30 minutes and till 30 feet was making me 'a bit' nervous!! 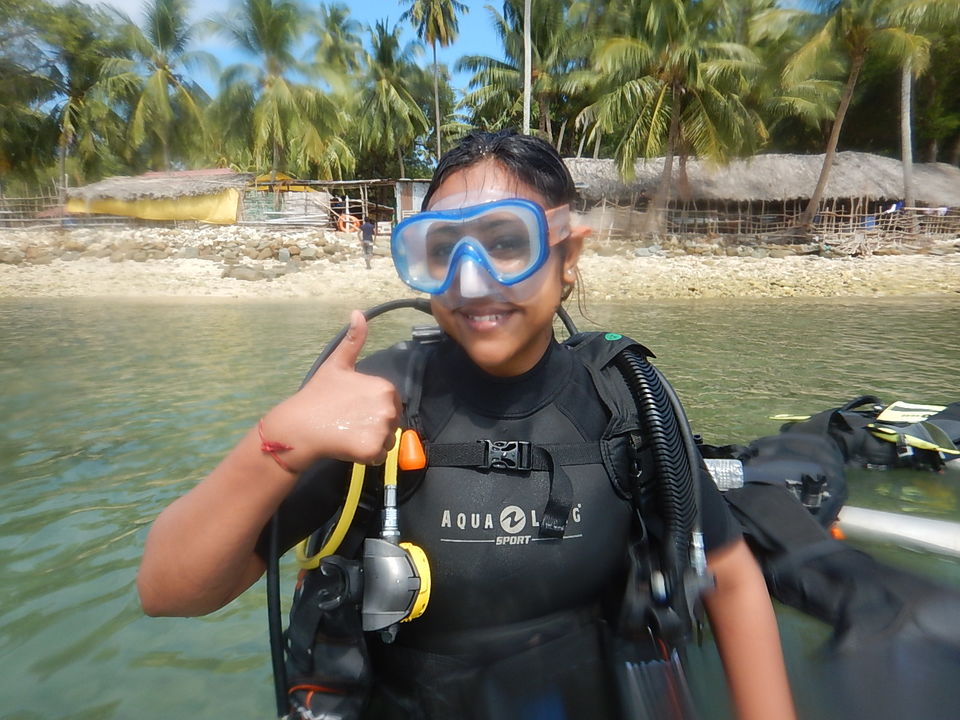 Anyway, there was no option of quitting so, there I gave-in to my trainer and placed all the trust in him, also instructed my mind too shut up! With this, we slowly were drifted away from the harbour....My trainer asked me to lie and leave my body light! This was the most difficult part!

I did it, and he slowly pushed my body deeper! And there, started the most beautiful 30 minutes! The deeper we went, the sunlight became less, the warm water became cooler, silence engulfed me and I saw the fishes in the most brilliant colours! Sea urchins, star fish, jelly fish, some amazing marine plants! As we went deeper and farther, the marine life became richer and I did feel like an invader. As I focused more on my breathing to avoid feeling the fear of depths and darker water, I realized how close it is to meditation. Such singular focus on the colourful life around and your each breath!

My trainer pulled me to come back and as we drifted back to harbour, I felt its just been 5 minutes! Time stood still down there!

People who are scared of diving are given the option of snorkelling or glass boats. Basically, the person glasses have magnifying glasses which allows them to see the reef and makes it look closer!

Scuba Diving is easily one of the most beautiful experiences and I will definitely do it again! It costed Rs 2500 per person including ferry from and to-Port Blair, diving, photography and certificate. I met couple of people while coming back, who had changed into wet suits but could NOT do the dive because they got scared! All fears are very real, But I want to encourage you all here to try it-In spite of your fear! I am an asthmatic patient who can't swim, If I can do it, You can too!

Share your experience with me, and let me know If I have been able to encourage you!?!