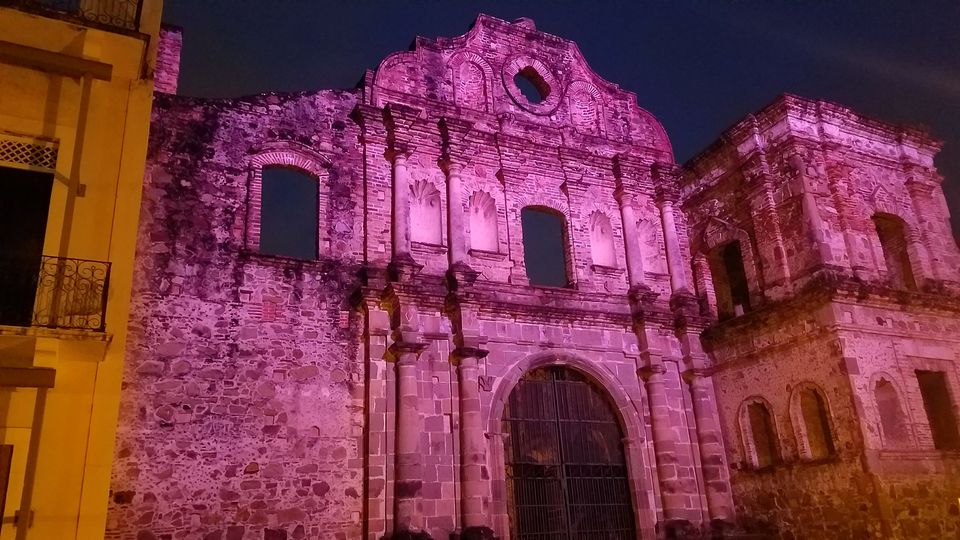 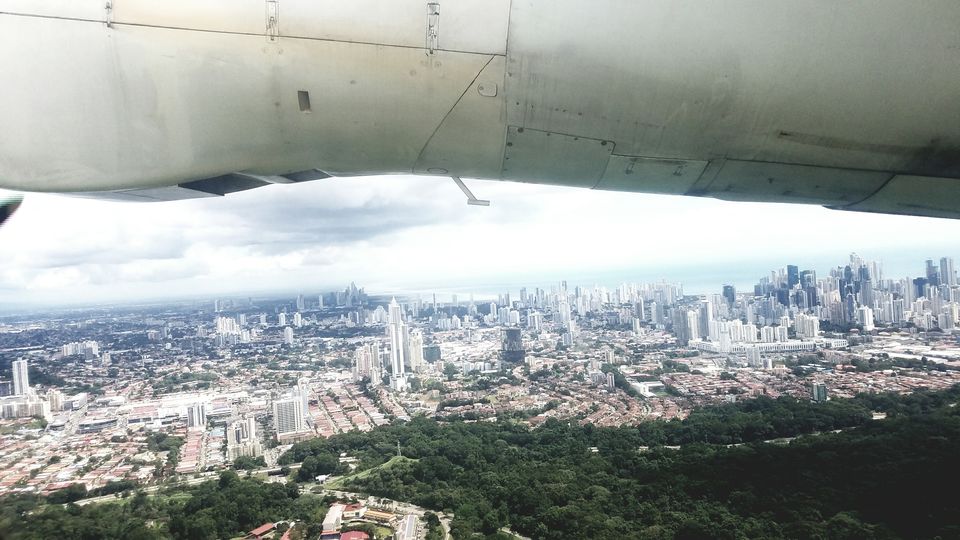 A hammock in our b&b in Bocas 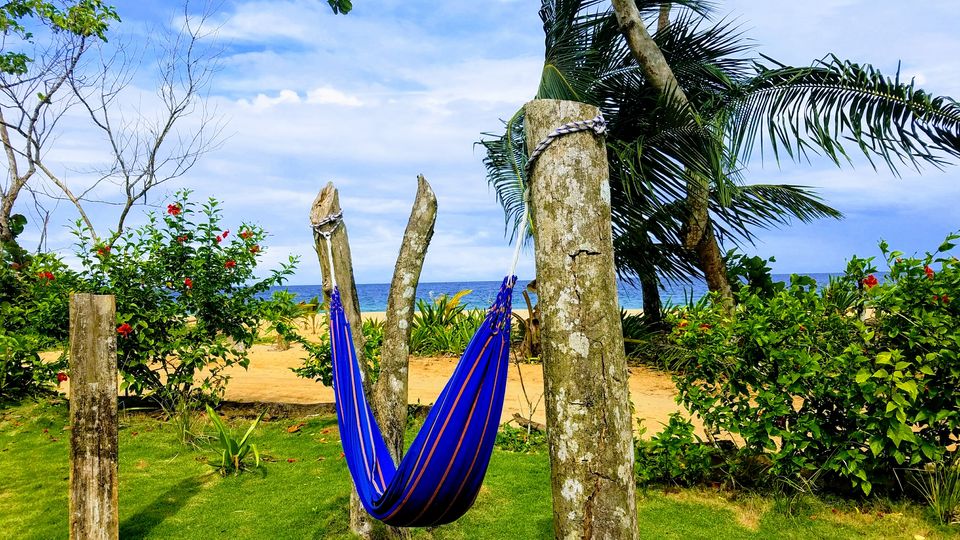 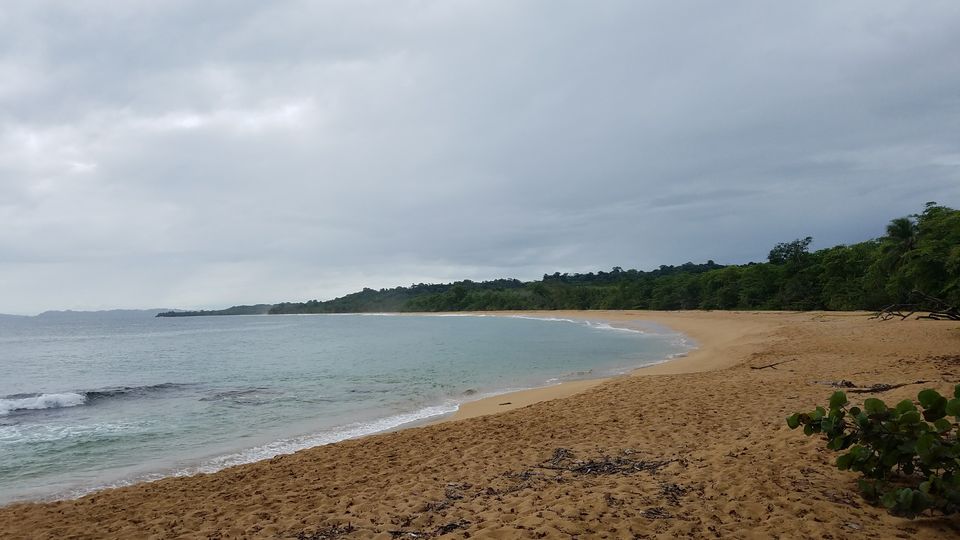 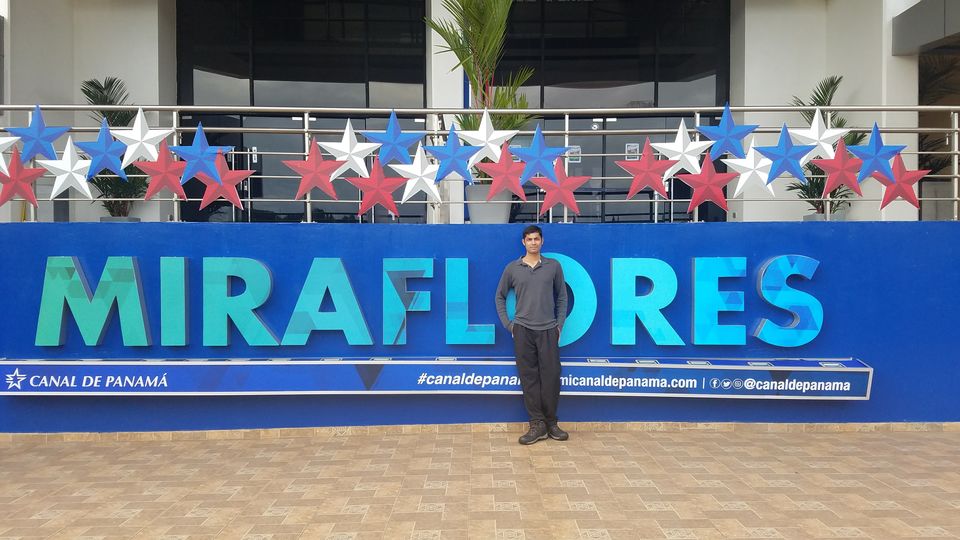 A ship passing through Miraflores Locks 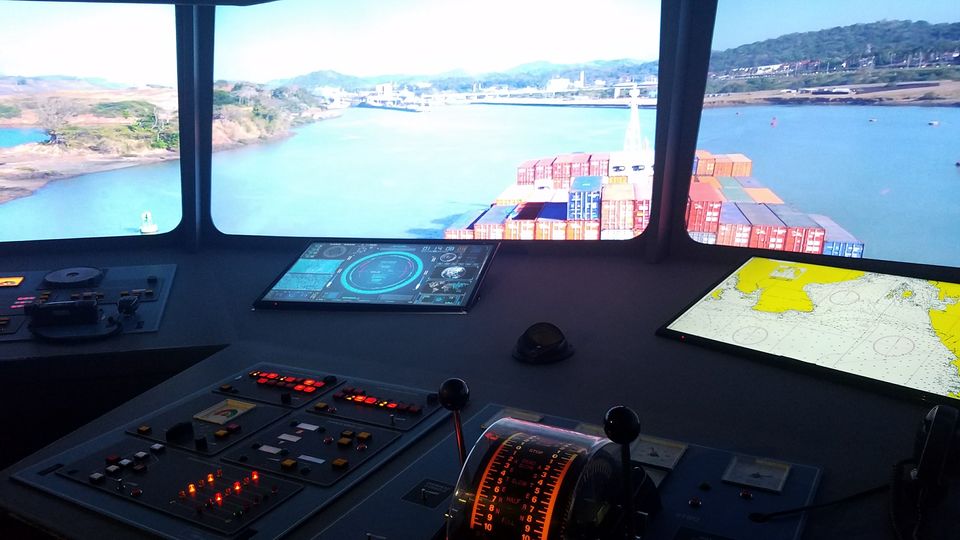 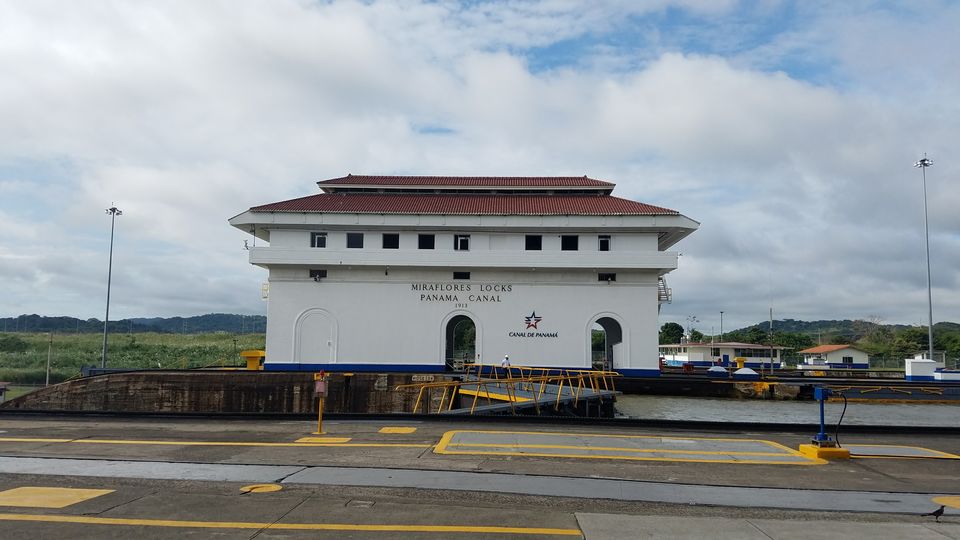 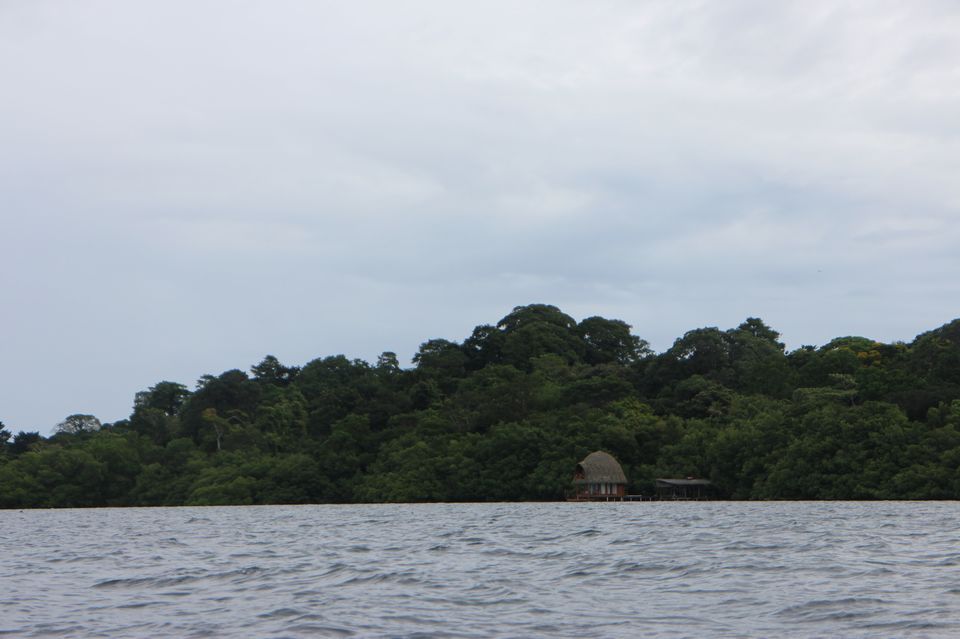 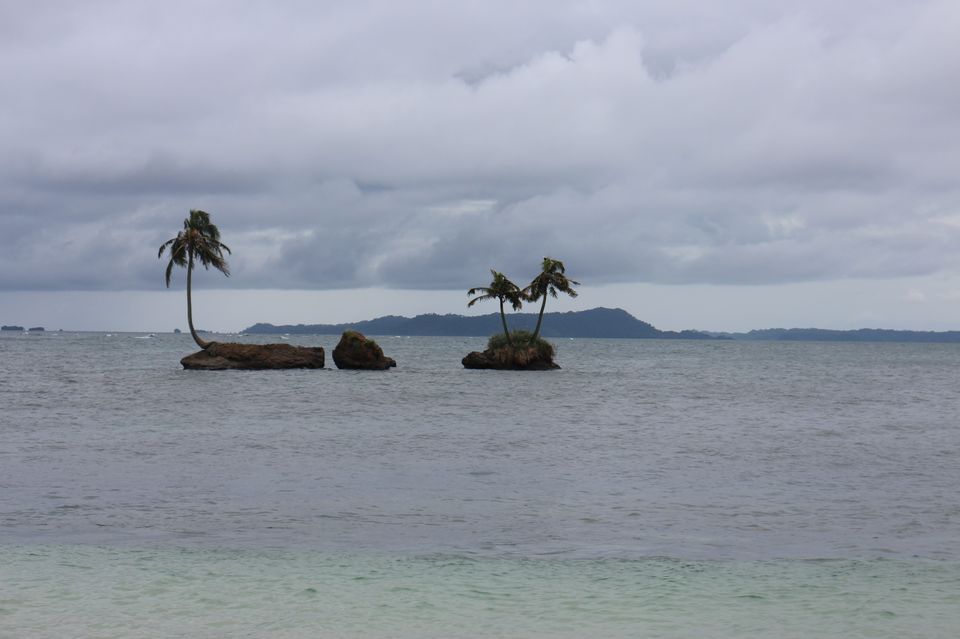 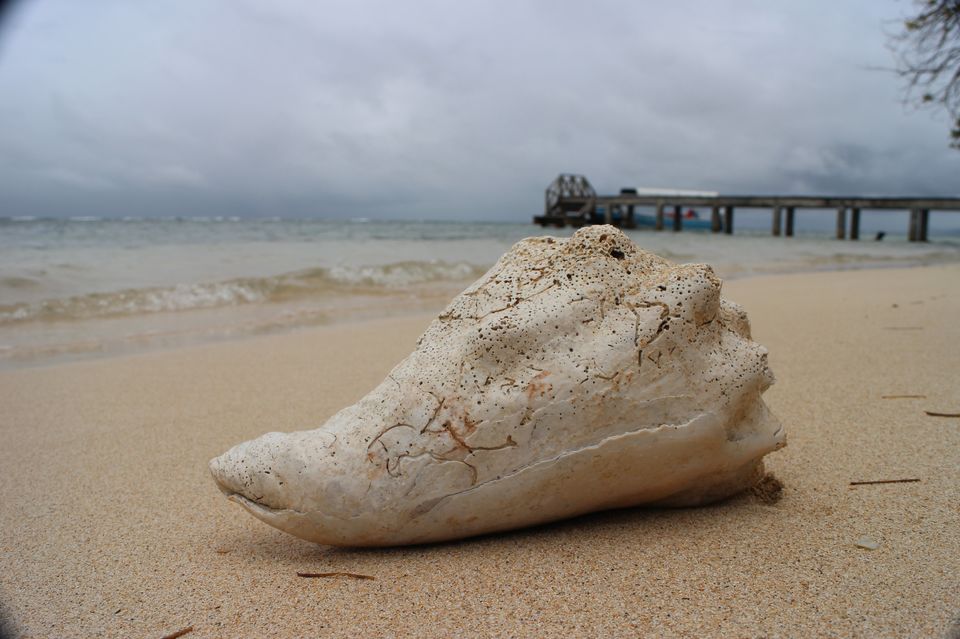 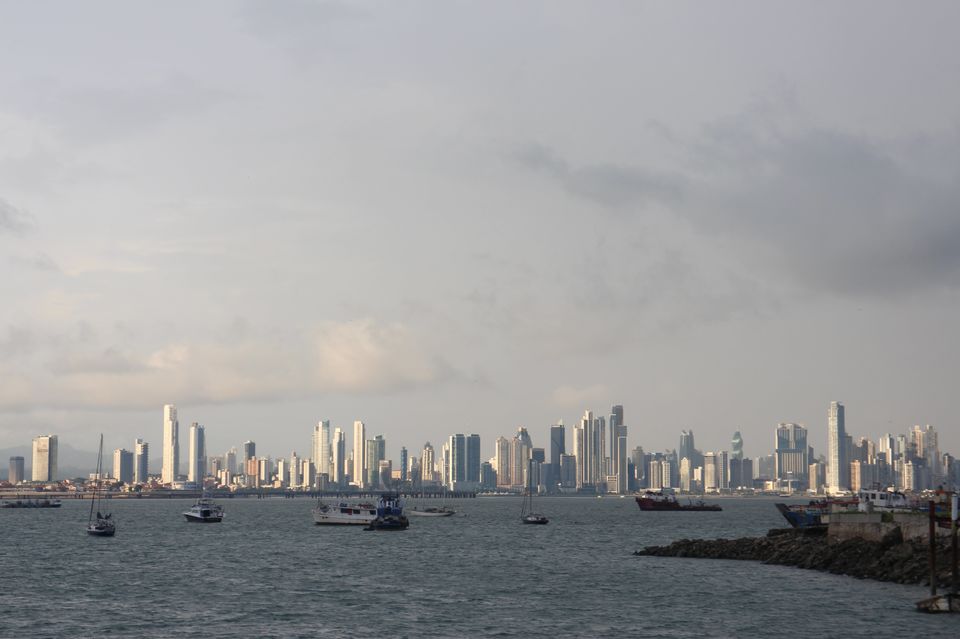 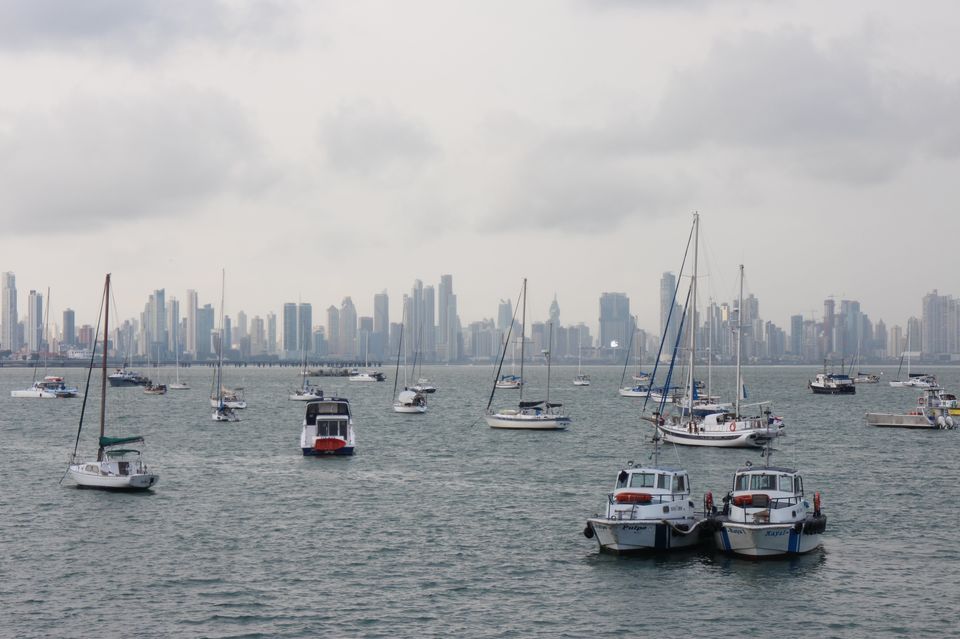 My wife and I recently did a week long trip over the Thanksgiving break, to the isthmus nation of Panama. Fortunately US/Canada Visa works for entry into Panama, which made the decision to travel there easier. Panama is bordered by Costa Rica to the east, Colombia (in South America) to the south, the Atlantic Ocean to north and the Pacific Ocean to the west. The capital and largest city is Panama City, which is home to nearly half of the country's 4 million people.

Day 1: We landed into Panama City on Nov 22nd afternoon 2:30 pm, after catching the 9:35 am United flight from Houston. We had stayed overnight in Houston the night before, after travelling there from KC the evening of Nov 21st. After checking into our hotel in the El cangrejo district of Panamá, and resting a little, we took an Uber to the casco viejo (Old town) of the city. The traffic, unfortunately, is horrible in the evenings in here, and it took us a little longer than expected to make the drive to Old town. We strolled through the old town for about an hour on foot, before having dinner and heading back to the hotel.

Next morning, we took the Air Panama flights to the Island archipelago town of Bocas del toro on the northeastern coast of the country. The domestic flights within Panamá, go out of the Albrook International airport which on the other side of the town, but closer to the main city compared to Tocumen, which is technically outside the city. The flight time is only 1 hour, but the flights are often delayed, because of the quality of the aircrafts and air traffic control systems used by Air Panama.

Day 2: After landing in Bocas del Toro, we took a taxi our hotel at Bluff beach, which was about 6 kms on a dirt road away from the main town. The seclusion meant relatively lesser people, and since the waves in this region, there're almost no people on the beach, which is perfect for a romantic getaway.

Day 3: The next day, we took a 10 am to 4 am speed boat group tour of the Bocas archipelago, with the primary stop being the Cayo Zapatilla # 2 island, one of the two uninhabited islands located east of Isla Bastimentos in the Archipelago, and is home to the Isla Bastimentos National Marine Park. The park protects forests, mangroves, monkeys, sloths, caiman, crocodile, and 28 species of amphibians and reptiles, and is an important nesting site for sea turtles. On our way back we stopped for seeing some sloths and starfish along the way.

Day 4: Our last full day at Bocas we decided to do a trek along the beach to the northern part of the island. The trek was one of the most interesting ones. As it scraped through thick rain forest with the sea alongside, though you couldn't see it, at times, the roar was loud enough to be heard meters inside. The trail felt very private as we could not see a single other person throughout the trail. We walked about 7 kms to the La Picina (the pool), which was a small lagoon in the sea, and headed back since it had started raining by that time.

Day 5 (Panama City): The next day we relaxed at our sea facing hotel in the morning, and afternoon took the Air Panama flight back to the city. Late afternoon, we took an Uber to the Ancon hill to get some city views from over the hill, however, it being later in the afternoon we were turned away by the guards as they said it won't safe while coming back. We took this opportunity to head over to the Amador causeway, recently built by the US, who have a significant naval presence in the area. We strolled the length of the causeway before heading back to the hotel area, to catch some dinner at Istanbul donner kabab.

Day 6 (Panama City): Our last and only full day in Panama City, we decided to start off the day with a visit to the canal, as we'd heard the ships usually go thorough before 10 am or after 4 pm. The visitors center at Miraflores locks is a space where you can live a unique Panama Canal experience. In one place you will find different activities to learn and fully enjoy the Panama Canal. The visitor center offers a theater with a 10 min guide of the history of the canal from its beginnings to the present. The film is available in English and Spanish, with about 50 minute intervals between each language. There are also four levels of exhibition halls that portray the Canal's history, biodiversity, and its functioning y suitespecially attractive manner.The building also has three levels for observing the Canal's operation, the passage of ships through the locks and how they move. It is the ideal place to experience this engineering marvel.

Following our visit to the locks, we headed over across the city to see the Panama Vieja (not to be confused with the old town casco viejo). Founded in 1519 by the conquistador Pedrarías Dávila, Panamá Viejo is the oldest European settlement on the Pacific coast of the Americas.

For lunch we went to the Mercado de Mariscos (Fish Market). This is the city fish market, open for business to local restaurants. It's the best place to buy fresh fish in Panama City. There is a restaurant upstairs above the market, where you can eat the cooked, fresh seafood, they sell below.

This brought to an end an amazing week in Panamá. A country that has much to offer, in terms of nature, adventure and even city life for the urban folks. We hope to return back someday, especially to Bocas del toro, and our beautiful seaside b&b, and it's wonderful hosts.

What businesses did we use?Hotels: A& Z hotel y suites, Panamá and Oasis bluff beachTours: Total Adventure in Bocas and Uber in PanamáAirlines: Air Panama and United