Manchester to the Peak District

Experience life on the UK’s canals, work the locks, and have a go at steering the 69ft Narrowboat as we travel through the city of Manchester and out to the rolling countryside of the Peak District National Park.

The ultimate canal boat experience, this active tour takes you on a journey from city centre to rural countryside. Have a go at steering our 69ft narrowboat, and help work through 3 flights of locks. You’ll see the city as most people have never seen, and once out of Manchester you’ll travel through tunnels and over an aqueduct. Help out as much or as little as you like. A great opportunity to mix with locals and experience a way of life very few people know much about.

Day 1 We start in Castlefield Basin, a waterfront setting surrounded by converted canal warehouses and bars. After a brief familiarization with your new home; our 69ft narrowboat, we start cruising. Today we cruise through the center of Manchester. Our journey will include working through 9 locks. Locks are chambers of water that are filled or emptied to carry our 25 tonne narrowboat up or downhill. The locks are all manually operated, and once familiar with how they operate, you will be required to set locks ready for our passage. The first area we pass is Deansgate Locks; a stretch of nightclubs built into railway arches that are popular with out of town visitors. We then pass the site of the Hacienda Nightclub, one of the most famous clubs in the world, before continuing on through Manchester’s famous Gay Village. This part of the canal is off-limits to pedestrians and we have to clamber between pontoons and the boat, setting locks as we’re “gongoozled” by the Canal Street revelers. 2 hours and 9 locks later and we end up in Piccadilly Basin close to Manchester’s cool Northern Quarter. We’ll head out after dinner for a few drinks or some live Jazz, before strolling back to the boat for the first night aboard. 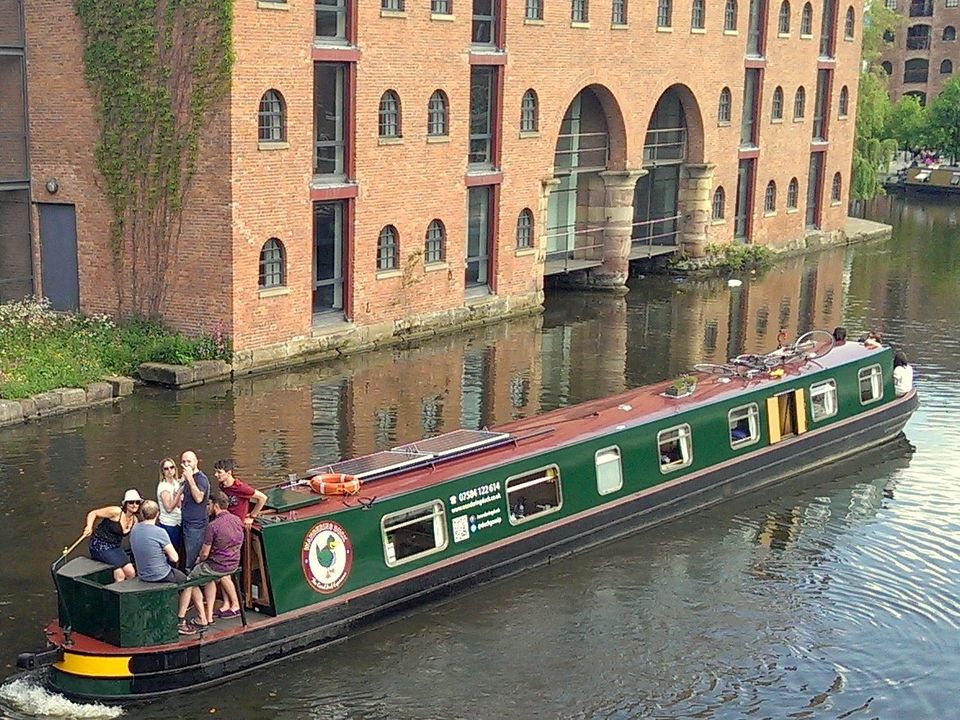 Day 2 The next morning we have a bit of work ahead; climbing through 18 locks on the Ashton Canal, out of Manchester city center, via Sport City, the Velodrome, and Manchester City Football Club’s Etihad Stadium. We travel through the gritty Eastern suburbs of Beswick, Clayton & Droylsden, an area of recent and ongoing regeneration. We moor at the start of the Lower Peak Forest Canal, close to Portland Basin Museum. Time permitting, feel free to have a look around the museum which gives insights into the history of Greater Manchester and includes a mock 1920’s street. We may moor close by or continue on a little more depending on time and how people are feeling. 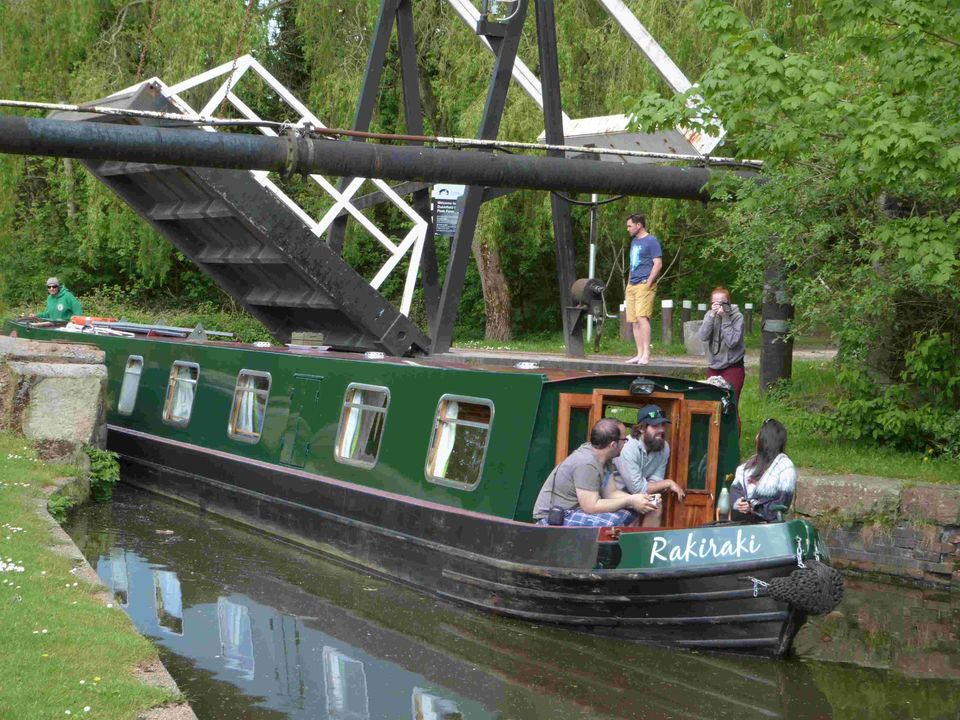 Day 3 This morning there may be an opportunity for an early morning wooded walk to 14th century Chadkirk Chapel, before carrying on through Hyde Bank Tunnel. Hyde Bank is a 300m tunnel which would have originally been “legged” through; using manpower alone to take the old working boats through whilst the horses were led over the hill. The highlight of this mornings cruise is Marple Aqueduct; a 94m long aqueduct which carries us high above the River Goyt. This stunning 200 yr old aqueduct is one of the engineering feats of the canal, and we have plenty of time for photo opportunities on and off the boat. Immediately after the aqueduct is the Marple lock flight; a tough but picturesque series of 16 locks, which lifts us 65 metres in 1.6 km, taking around 2.5 hours depending on traffic and your fitness! We’ll moor somewhere around Marple for the evening. 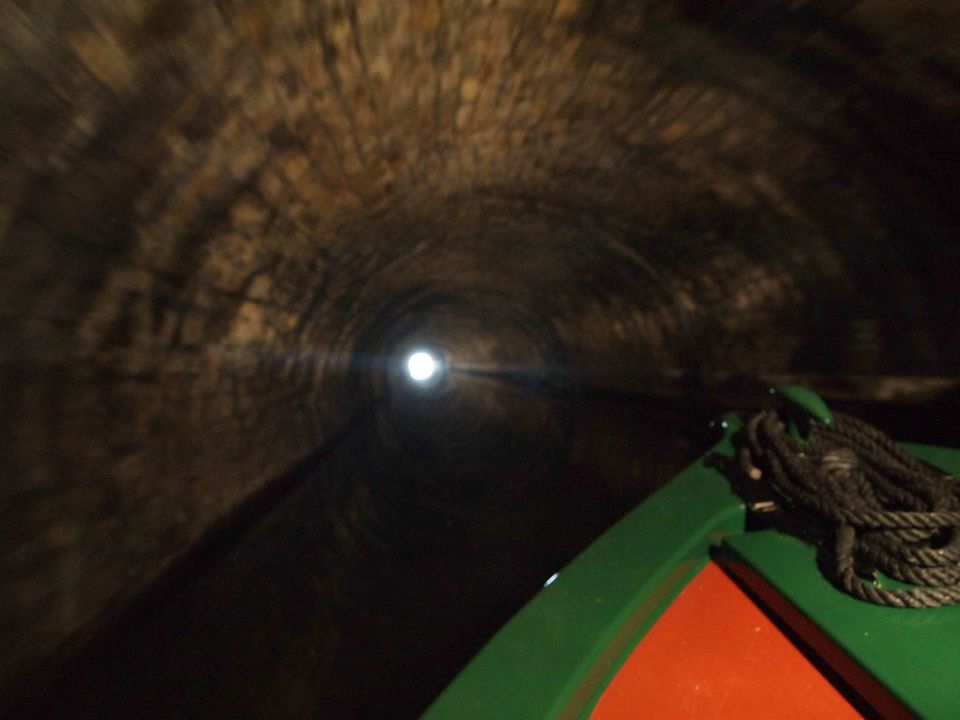 Day 4 From Marple, we cruise along the Upper Peak Forest Canal. This is one of the highest canals in the country, with great views across to the rolling hills of the Peak District; the UK’s first National Park. This morning there is the opportunity to visit the Torrs Riverside Park (the “Park under the Town”). This little-known area includes a spectacular suspended walkway, and the remains of New Mills rich industrial past. After lunch we continue a short way to Bugsworth Basin, a maze of brick arches that was once one of the largest working inland cargo ports in the country, carrying limestone from the quarries to Manchester. We’ll drop you off in Whaley Bridge, a 5 minute walk from Whaley Bridge Train Station, from where there are regular trains back into Manchester. 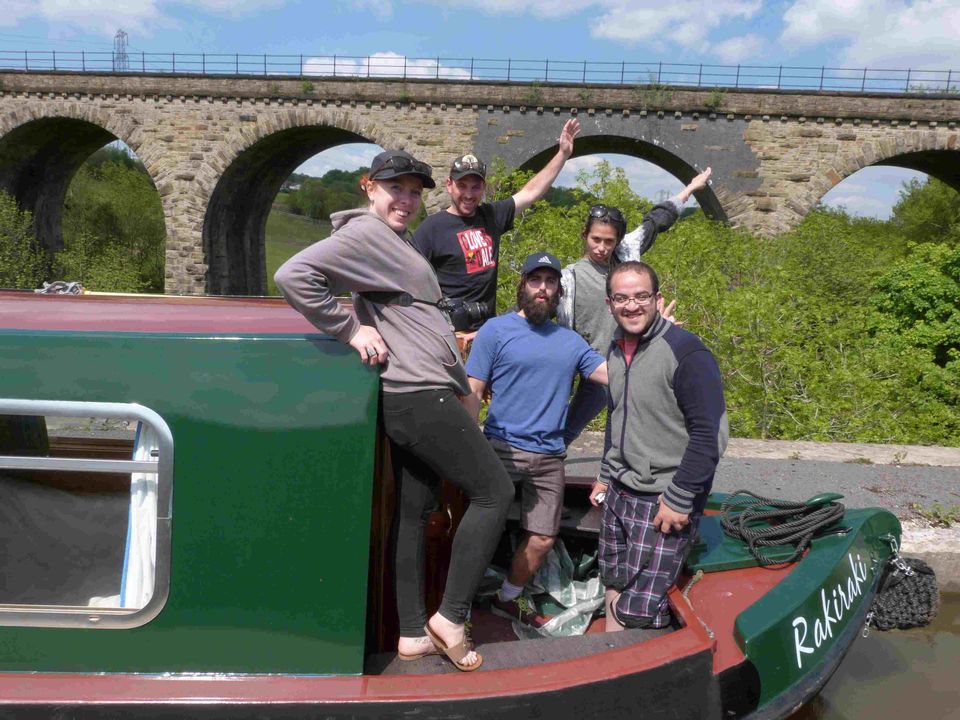