Jaipur: Where Pink is not just a color, it is the essence of the city.

The peaceful roads of Civil Lines, the hustle bustle of Bapu Bazaar, the time travel at Albert Hall Museum, the confusing yet intriguing lanes of Jantar Mantar, the traditional modernity of City Palace, the grandeur of Amber Fort, the rejuvenating Chai and Maggie at Tapri Tea Café, the Caffeine spree at Coffee Home and the artistic Indian Coffee House were a fling for the soul.

Jaipur is best experienced in their local auto rickshaws fondly called as Tuk-Tuk. I started my journey by meeting my classmates Mr. Avinash Jain and Mr. Kartikeya Sharma, whose mehmaan nawazi was a joyful experience. As the dusk arrived, I with my friends Aman and Kartikeya visited Moti Dungri Temple and Birla Temple to offer our prayers before exploring the city. We were lucky enough to witness Arti at both the temples.
While being in vicinity of the an internal peace was felt and philosophical thoughts emerged in mind. J aipur is also famous for its artistic venues and literary discussions; witnessing the conglomeration of colonial and traditional ambience at the Indian Coffee House at Jawahar Kala Kendra was refreshment to the mind at the end of the day.

As the dawn arose the next day, Aman and I along with my camera boarded the famous Tuk-Tuk and started the roller coaster ride to explore the Pink city. Initially we stopped at Albert Hall Museum whereby various artefacts of different cultures were preserved; variety of show pieces like the medieval paintings depicting the richness of Rajputs and Mughals, the idols from Hindu and Jain legends, the Egyptian artefacts , crockery, textiles, weapons etc. were delight to the artistic eyes.

Connecting through the streets of Jaipur, we reached the myriad lanes of the famous sun dial Jantar Mantar. Though the tourist guide tried to show us and make us understand the nitty gritties of the time calculation by deciphering the sun's light, we could only get confused and amazed at the same time. Later on we advanced to the City Palace, the residence of the royal family of Jaipur.

City Palace in itself is a blend of Rajasthani and Mughal Architecture, colorful from all the sides and captures the essence of modern royalty. With its grand buildings to museums and the royal guards one can feel a fine touch of Rajwadi Rajasthan.

The Colorful art and architecture of its buildings symbolized the prosperity of Rajasthan; moreover the museums and the artefacts boasted the courage and splendor of the royal family. The royal guards are an epitome of loyalty and gratitude towards Jaipur rajgharana. In total the City Palace was a full package of history coupled with modernity.

Then we tried to conquer the hilly terrain of Amber Fort, a majestic citadel boasting of the royal grandeur. Amber Fort constructed with Hindu style architecture amazes the visitors with its innovative wall paintings, art like structures, and walled carvings. Be it painting of Lord Ganesha at Ganesh Pol, plethora of mirrors at Sheesh Mahal or the carved windows of the Fort provides a creative binge to the art lovers. 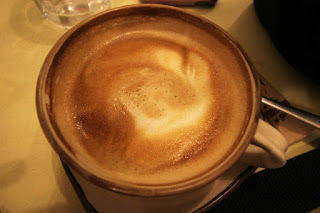 After exploring the Fort, we passed through the Bapu Bazaar in the old city; tired and hungry we stopped at Tapri Tea Café for some evening snack. The combination of Chai and Maggie Noodles along with the background music of Coke Studio's Chaudhary was a pleasure to heart. Still not satisfied with all the fun we had during the day, we stopped at Coffee Home whereby we were accompanied by Kartikeya. The day ended well with a dose of coffee and laughter. 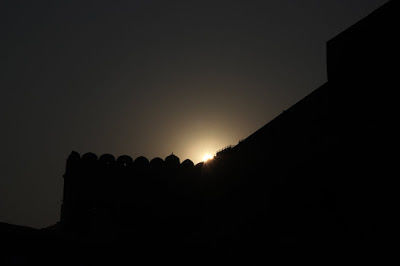 Finally it was time to bid adieu to Jaipur where pink is not just a color but it is the essence of this city. At the end all I could take with me was humility, a bond of friendship and some memories which shall be cherished by me over the time again and again with a never ending hope to re-live those moments of excitement and joy.