Fastest Kashmir To Kanyakumari On Bikes, Made Limca Book Of Record 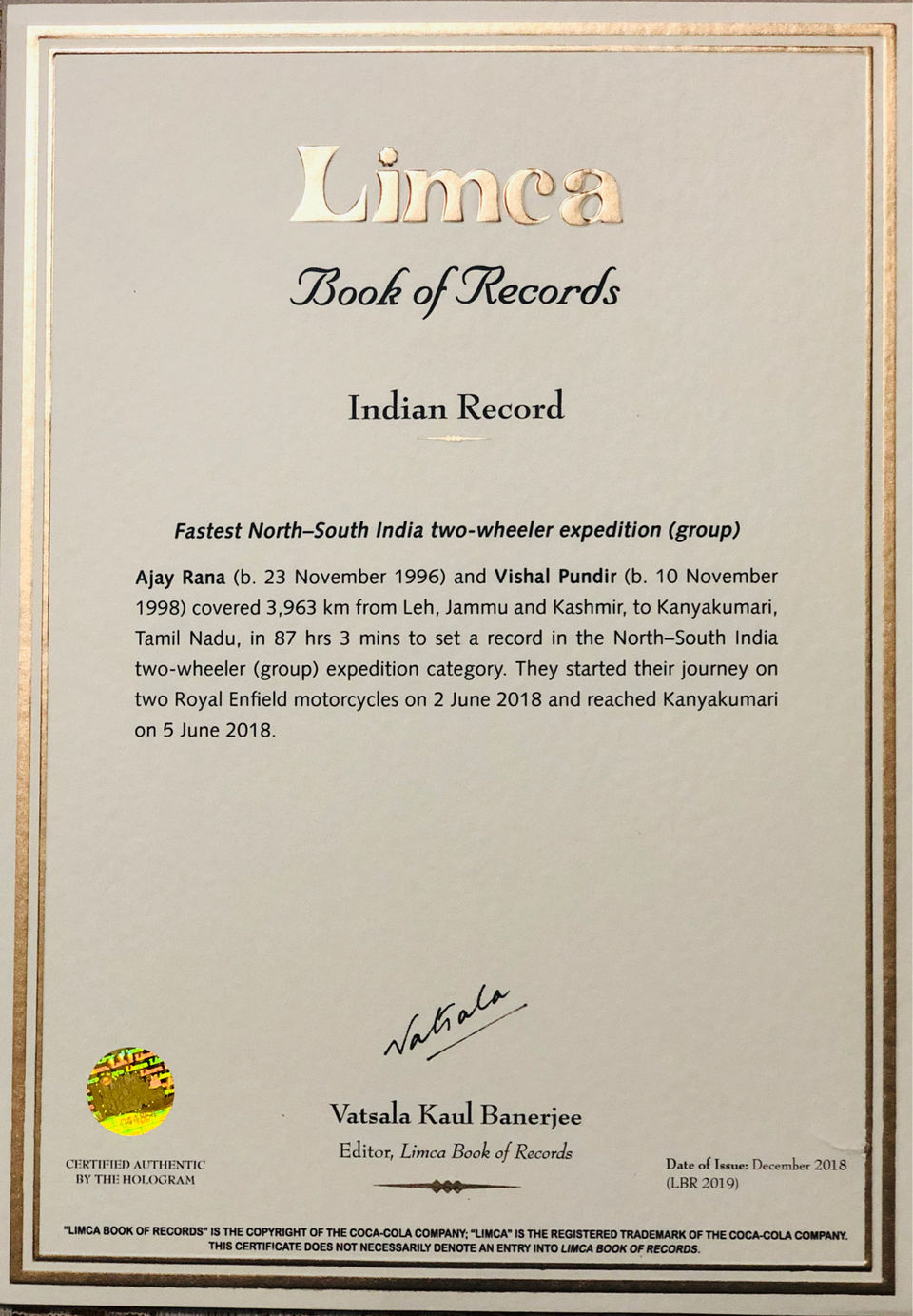 This is a story of two brothers Ajay Rana and Vishal Pundir from Ambala, Haryana. They broke the Limca Record for Fastest North to South group expedition i.e. Starting from Leh, Jammu & Kashmir to Kanyakumari, Tamil Nadu on two Royal Enfield bikes in just 87 Hours 3 minutes covering 4000kms, breaking the previous record of 5 days 5 hours and got featured in Limca Book of Record 2019 edition.

They were preparing for this record from last 6-8 months. They contacted Limca book of Records and explained all the requirements and rules. Vishal and Ajay followed as guided and gave all the proofs of validation of record to Limca book of Records. It included all the photos, videos, gps reports of both the bikes, logbook attested at each city following the route map. After all this, they got their names in Limca Book of Records. 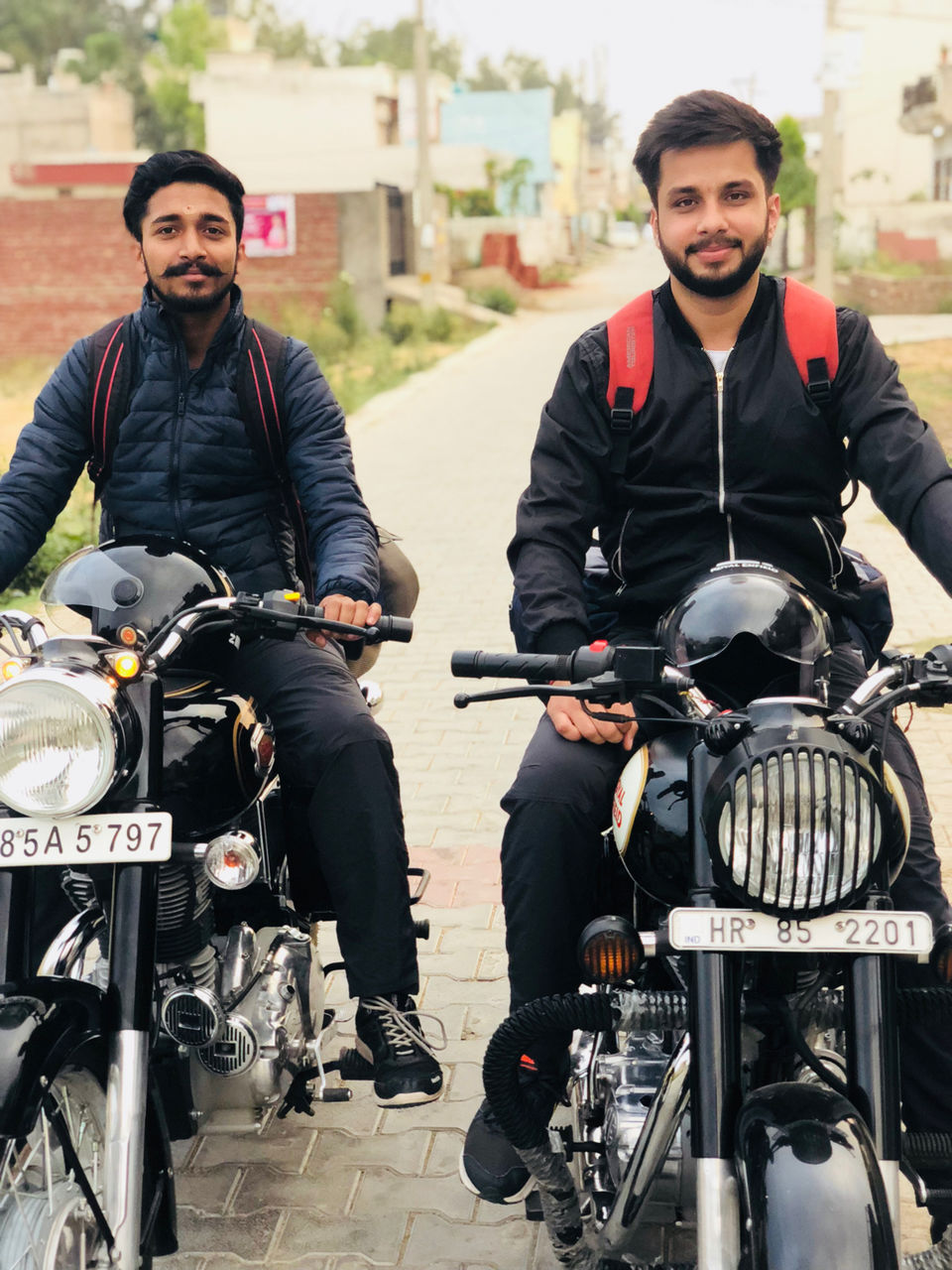 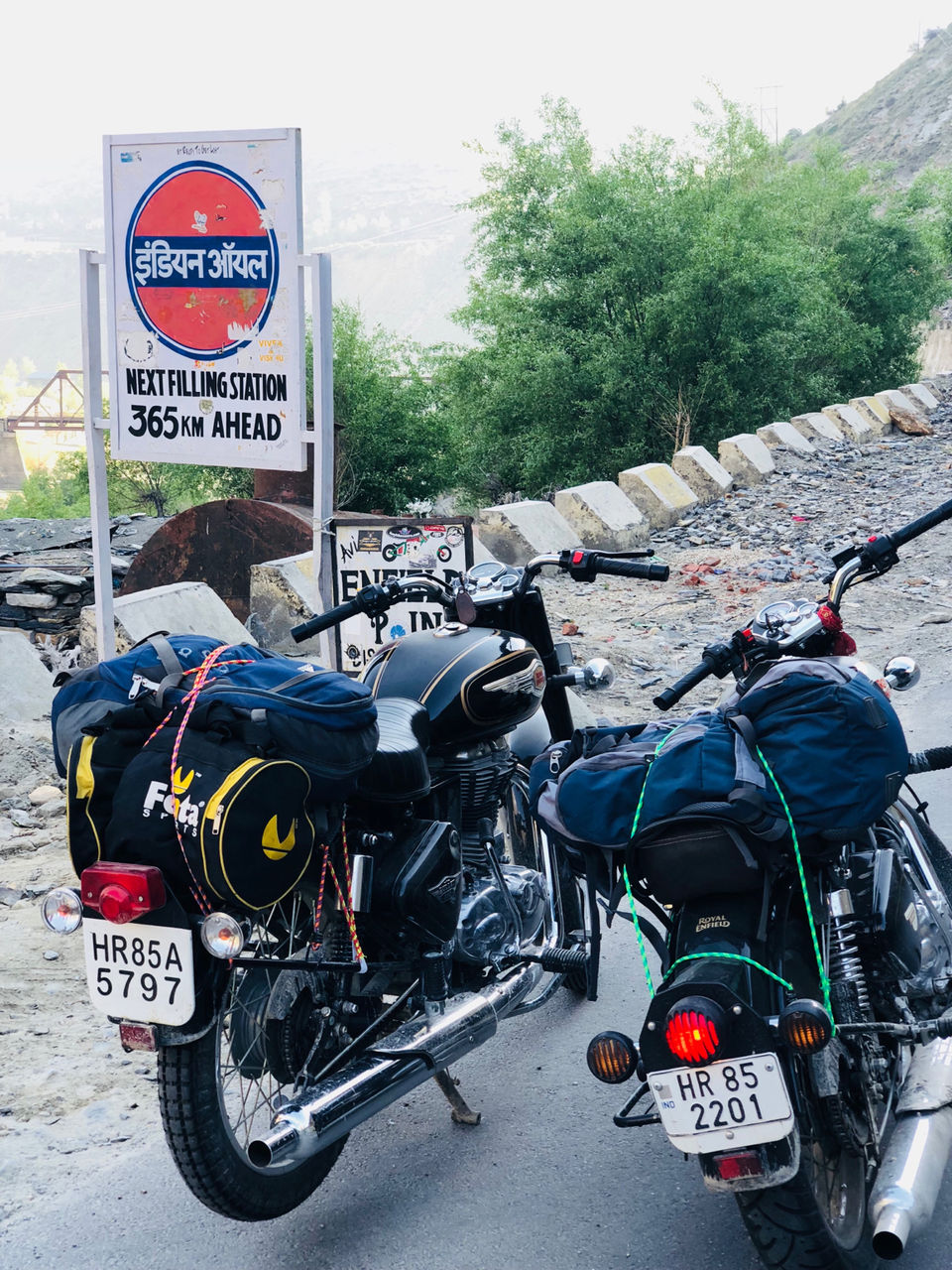 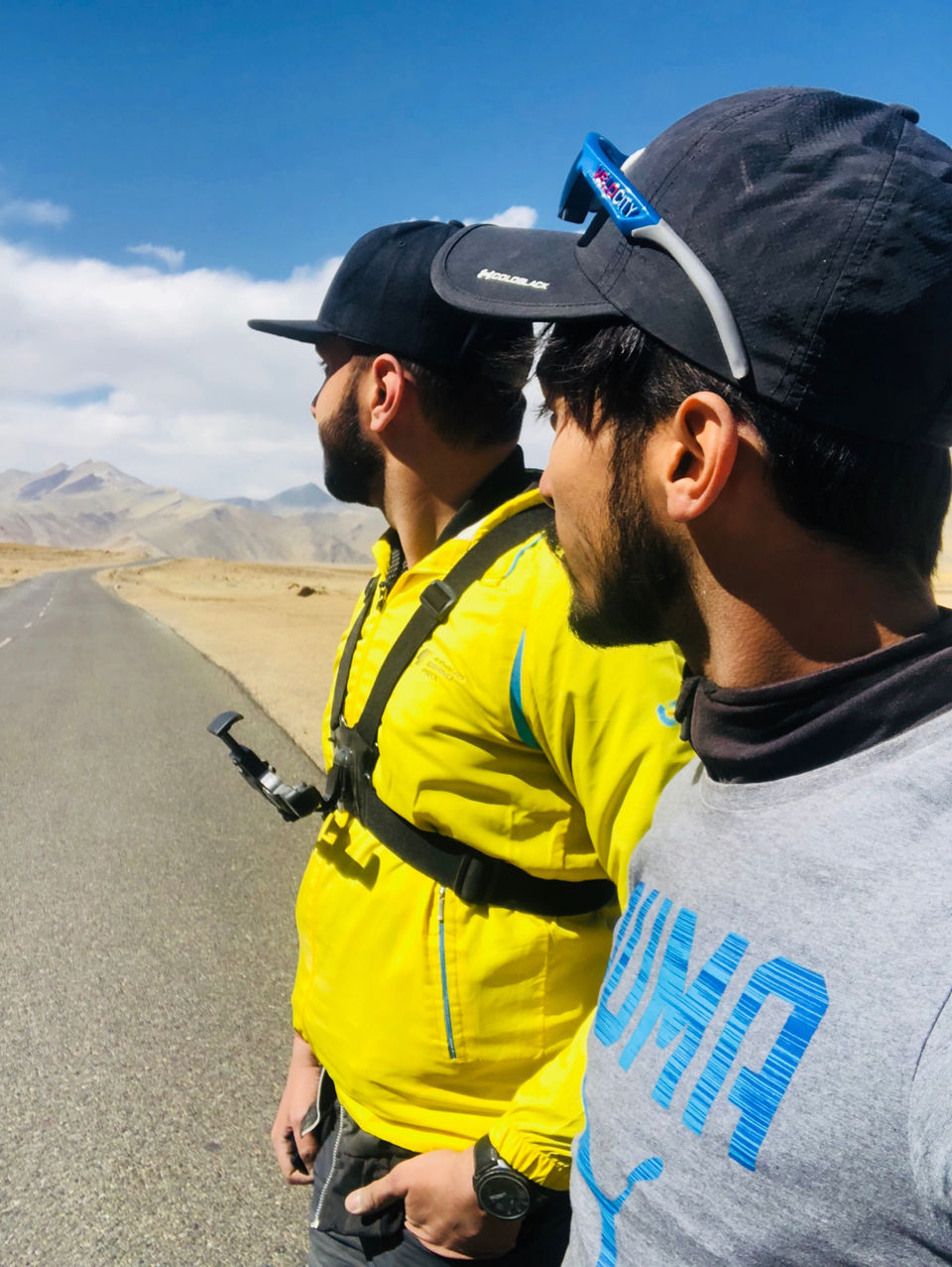 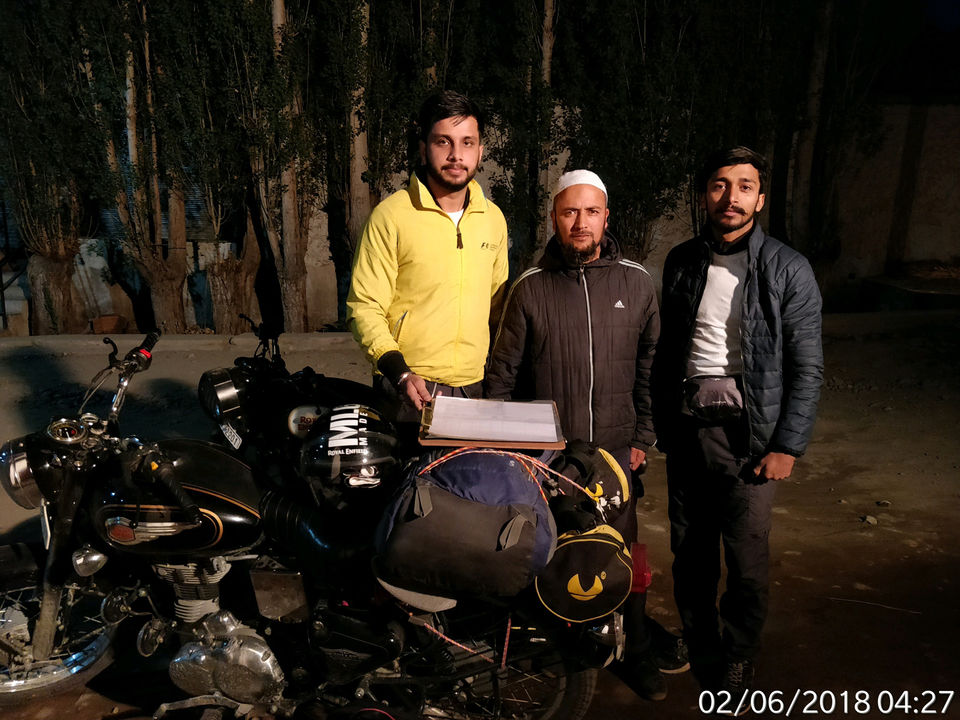 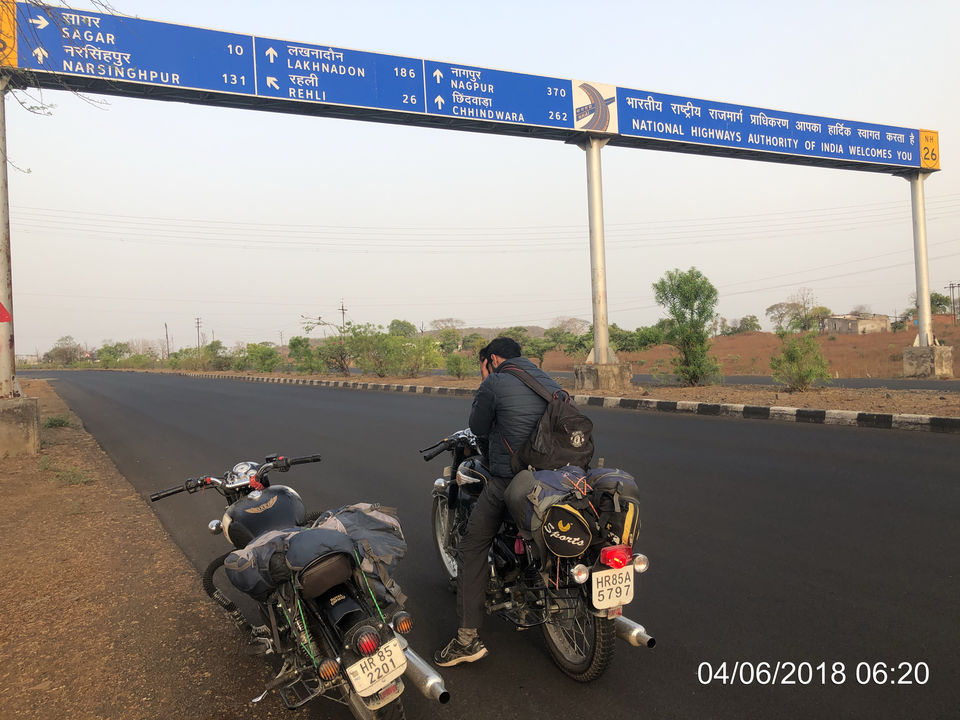 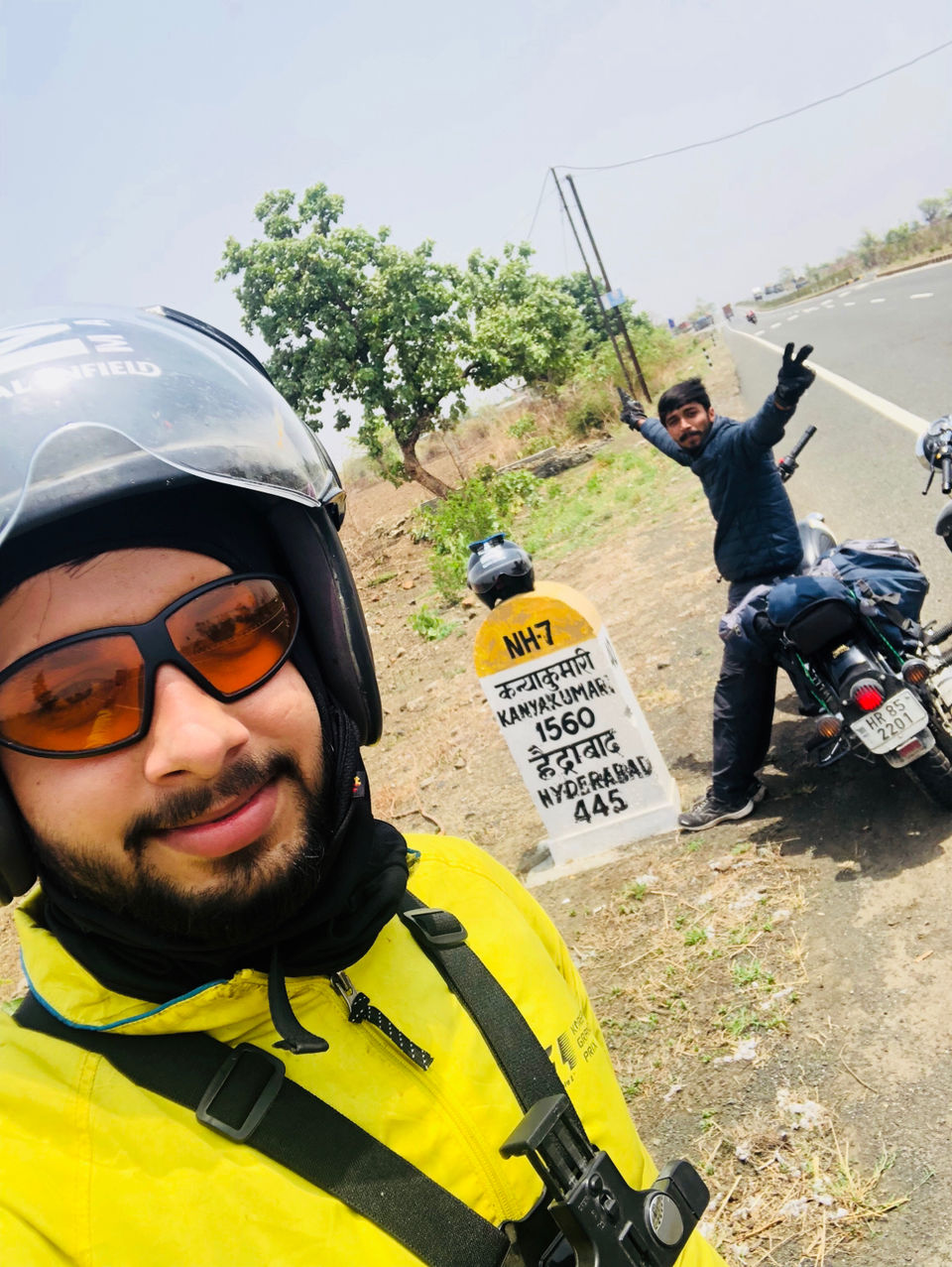 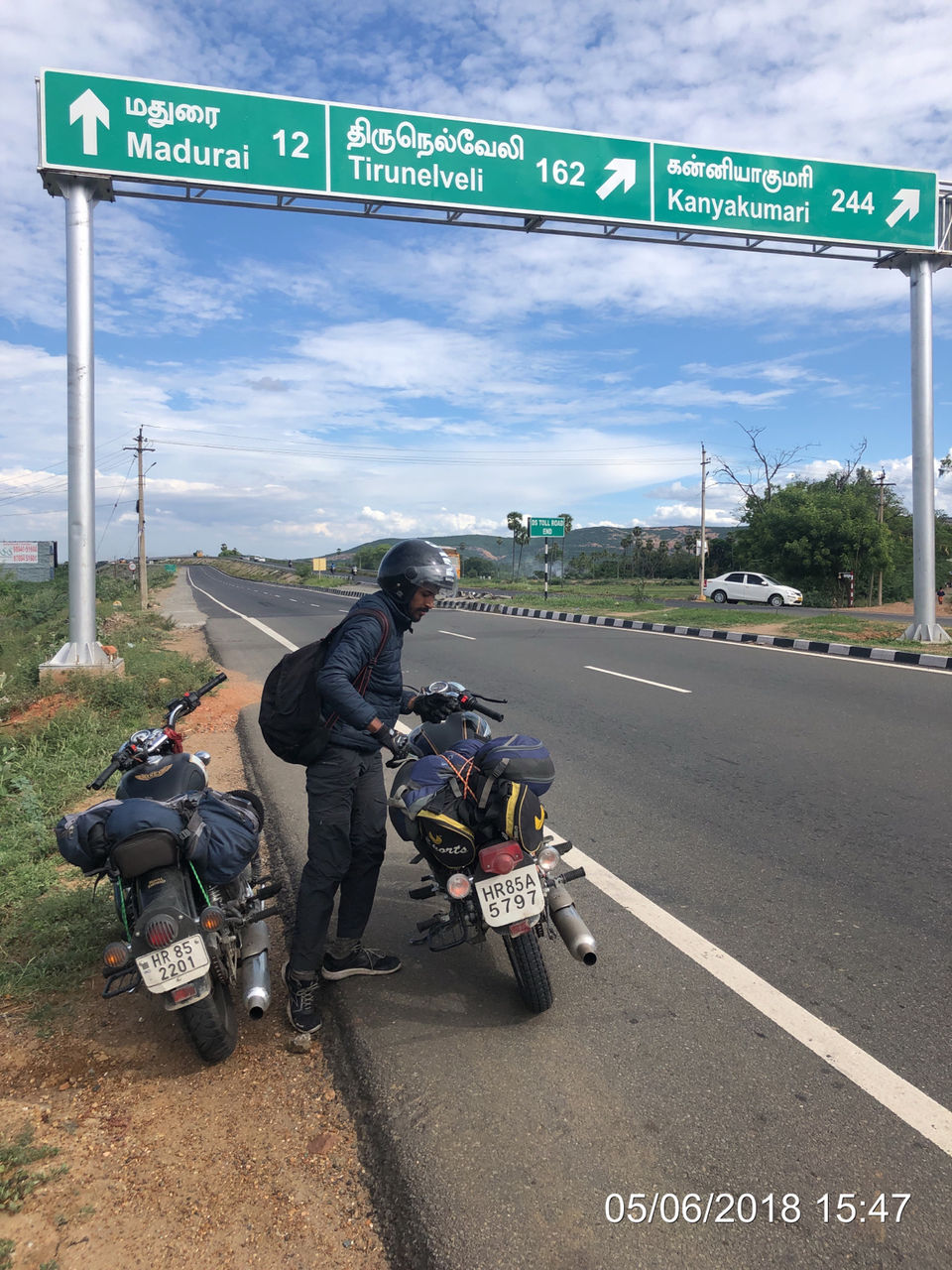 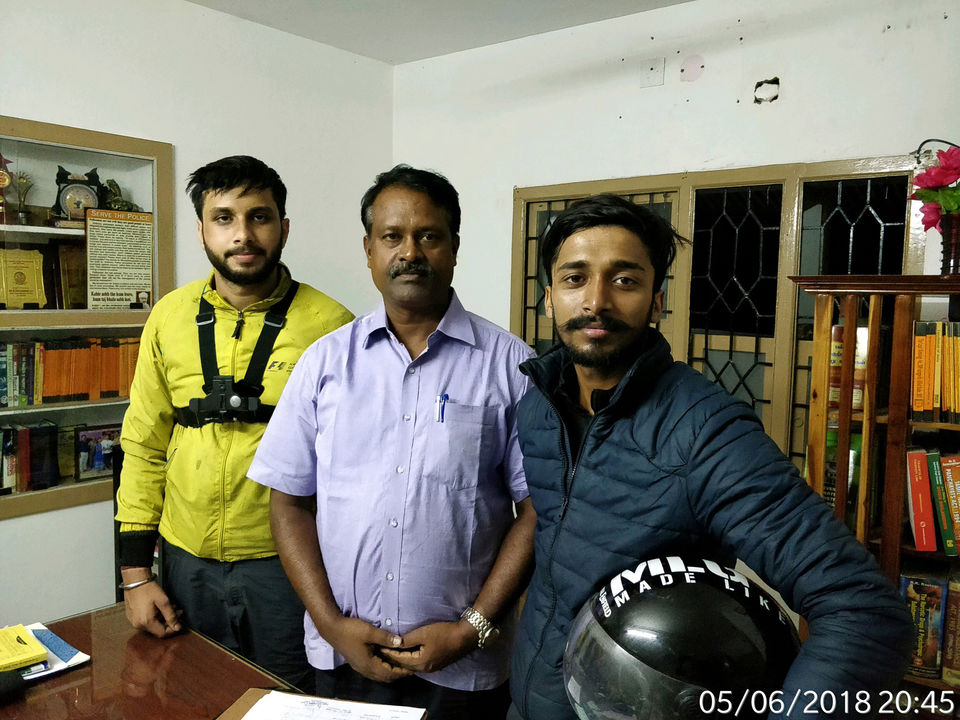 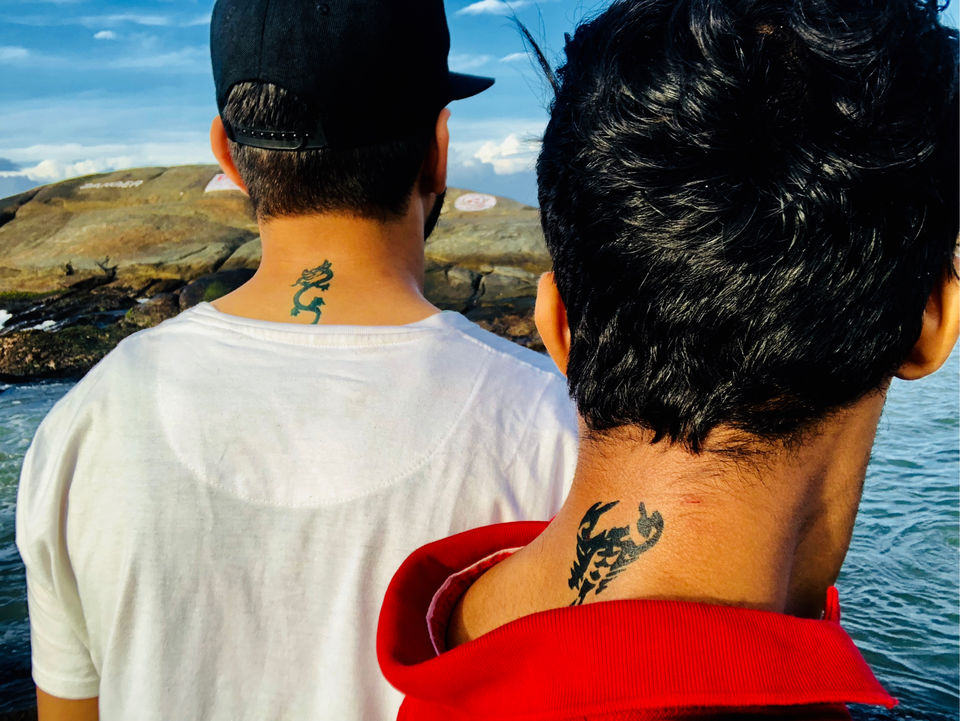