Today was the day when we were suppose to say goodbye to the state of Jammu & Kashmir and say hello to enter the fourth state Himachal Pradesh after going thru various cities in three different states comprising of Punjab,  Haryana & J&K. So followed our usual morning time table of packing our luggage post that had our breakfast which was aloo key paranthas and omelette. After having heavy breakfast we kick started our day 9 journey which was from Karu in the state of J&k to Jispa in the state of HP but before we could leave Karu and move to our next destination our first stop was the nearby petrol station as the next one was post 400kms. So we filled the petrol on our bikes to the brim and even on the reserve canisters of 5litres as well a must have at these heights. Again if one would notice the distance that we were suppose to cover was not much hardly 350kms but as I have said in my other blogs it's not the km that matters in locales like these but the number of hours taken to cover those kms all thanks to topography that one goes through. So as per Google baba our journey was suppose to be for 11 hours only.  Today's journey I think was the most tiring and treacherous from our entire Leh-Ladakh diary as we crossed More Plains,  21 gata loops to reach Pang,  5 passes consisting of Nakila Pass,  Tanglangla Pass,  Lachungla pass,  Baralachla Pass mad the name of one I am forgetting. The most easiest part of this entire journey was the More plains as it's plain straight stretch of road where one can attain good speed but one needs to be careful as well ta certain patches as they can be bumpy.  Post that we go through the gata loops ( hair pin bends)  to Pang which is a deadly combination of narrow paved roads with Rocky muddy mountains with no vegetation on it at all.  Post pang we go to Sarchu from where we enter into state of HP here we were holed for approximately an hour one of the team member got sick and two other team members were helping other stranded bikers on the way. So we regrouped at Sarchu and once started our journey to Jispa.  Till now everything was going smoothly even though it was already 4pm but we were still left with the passes ahead and zing zing bar.  Moving through passes like Nakila,  tanglangla,  lachungla was ok even though it was very cold there but Baralachla pass proved to be the most challenging of all the passes this time all thanks to the record breaking amount of snowfall it had received this time in fact at one point of time we had thought whether will be able to pass this pass or had the Border Road organization not cleared this pass which had snow walls on both sides of the road measuring 20ft in height at some places with an ever lurking fear of it breaking apart. Post crossing Baralachla our next fear was the zing zing bar as it was already getting dark and conditions over here is very harsh plus post crossing the bar you will get 3-4 water crossing as well which crossing in the dark poses it's own set of challenges of black ice formation on the road which is not visible to the eyes that might lead to one skidding away from the bike. Somehow we crossed the passes and zing zing bar as well in the night.  Than we reached Darcha did our entries at the police check post post than headed to final destination for the day to Jispa to our campsite which was 10kms ahead of Darcha. 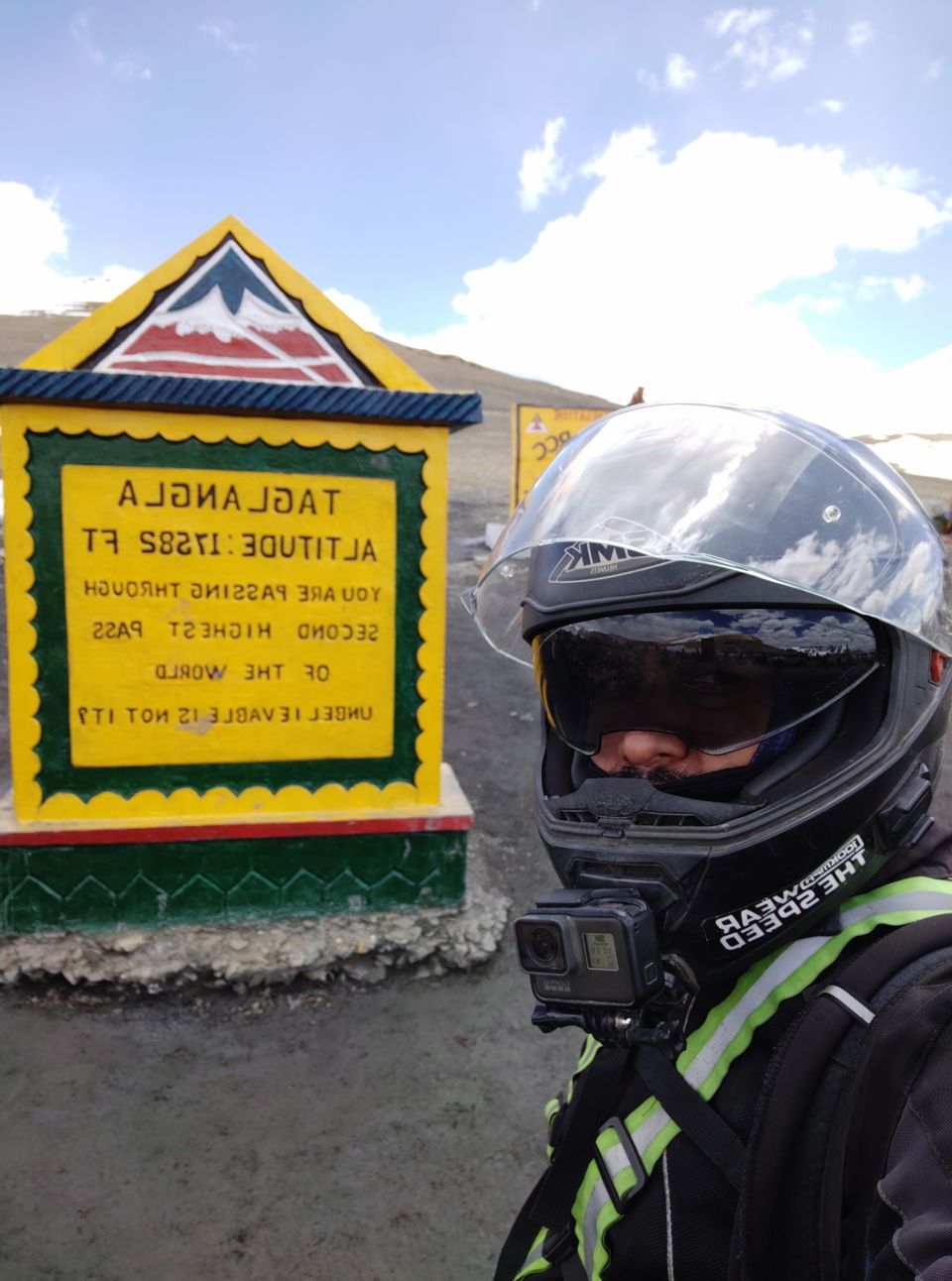 The board says it all 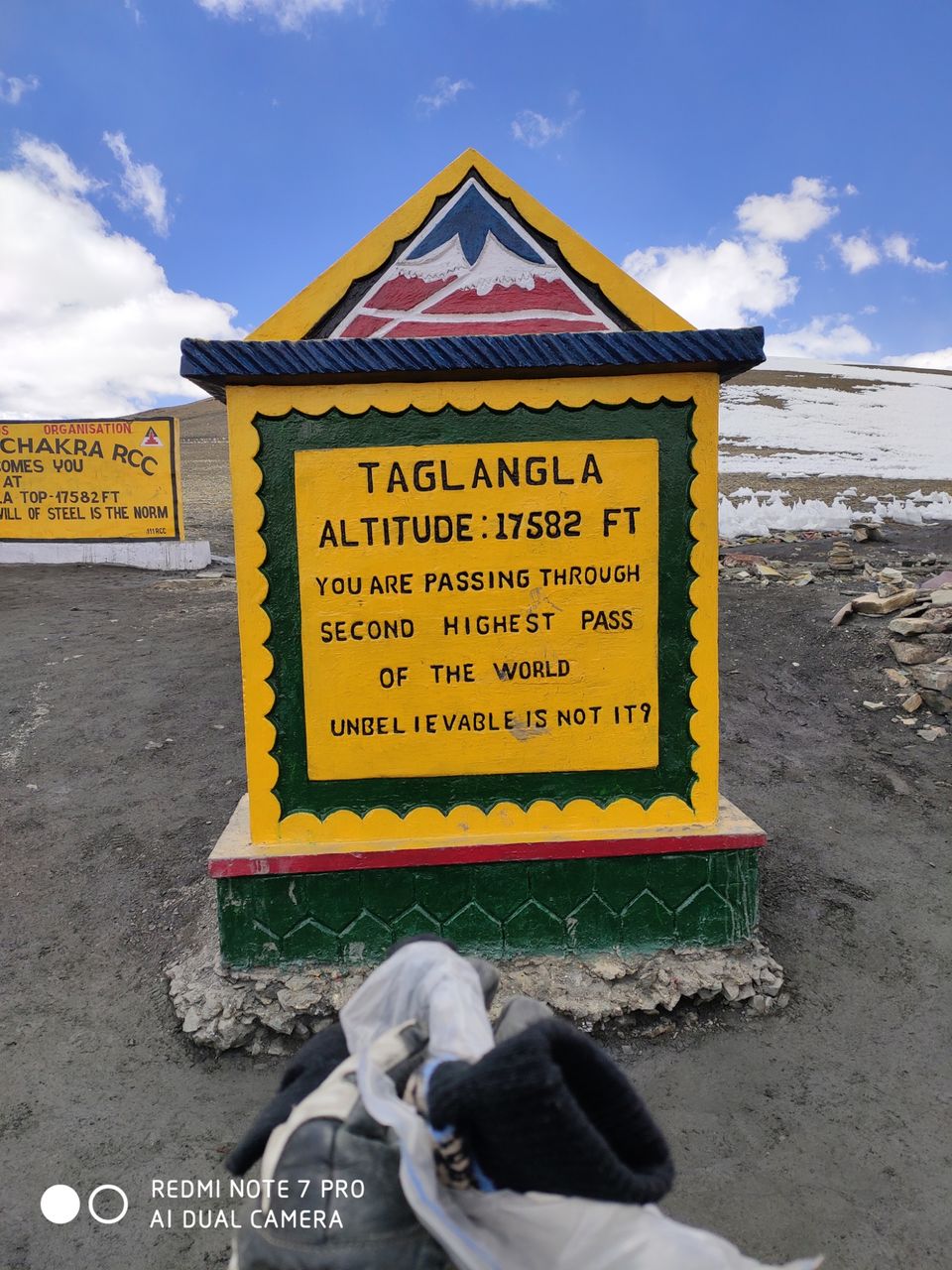 Look at the view 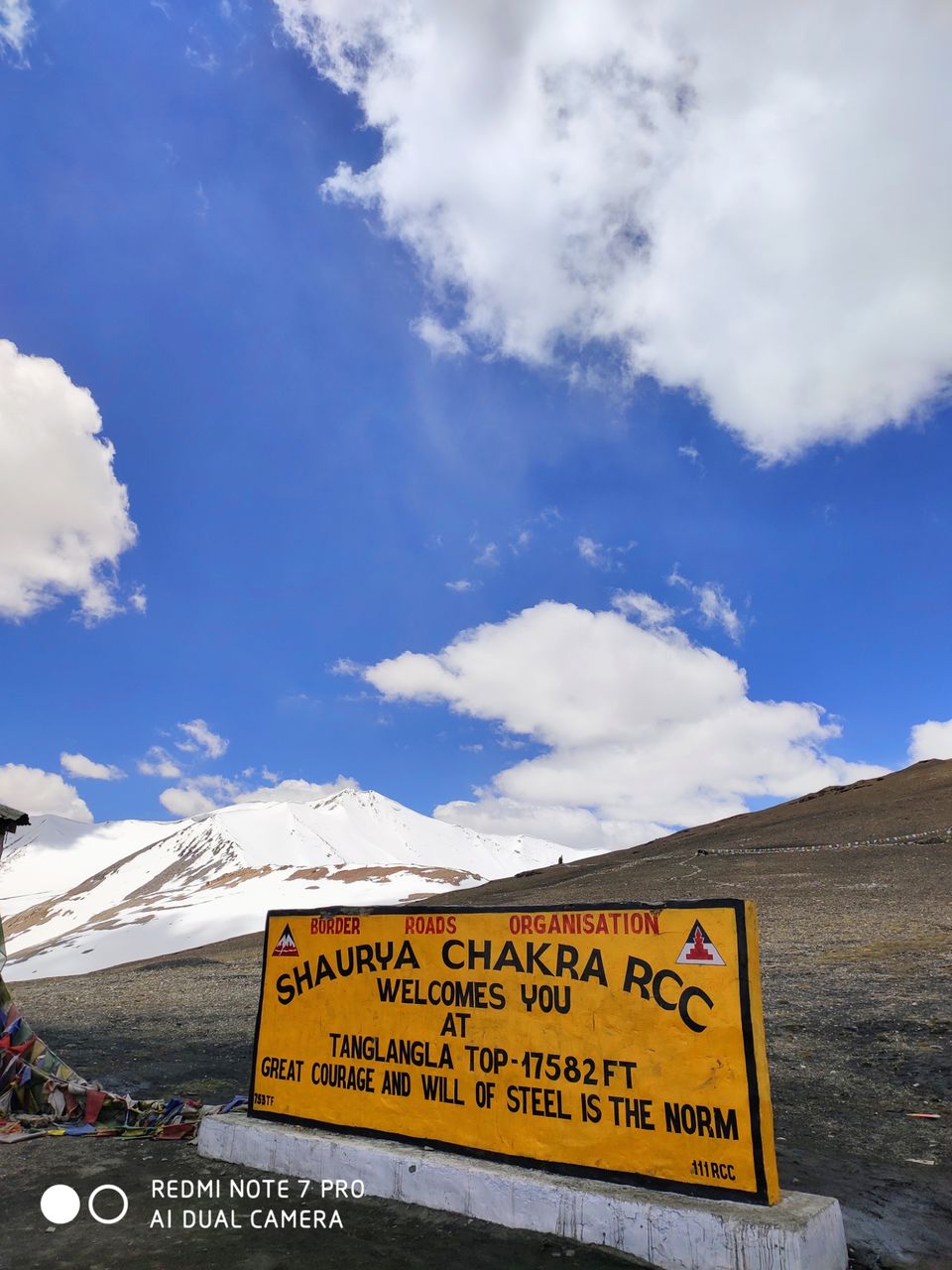 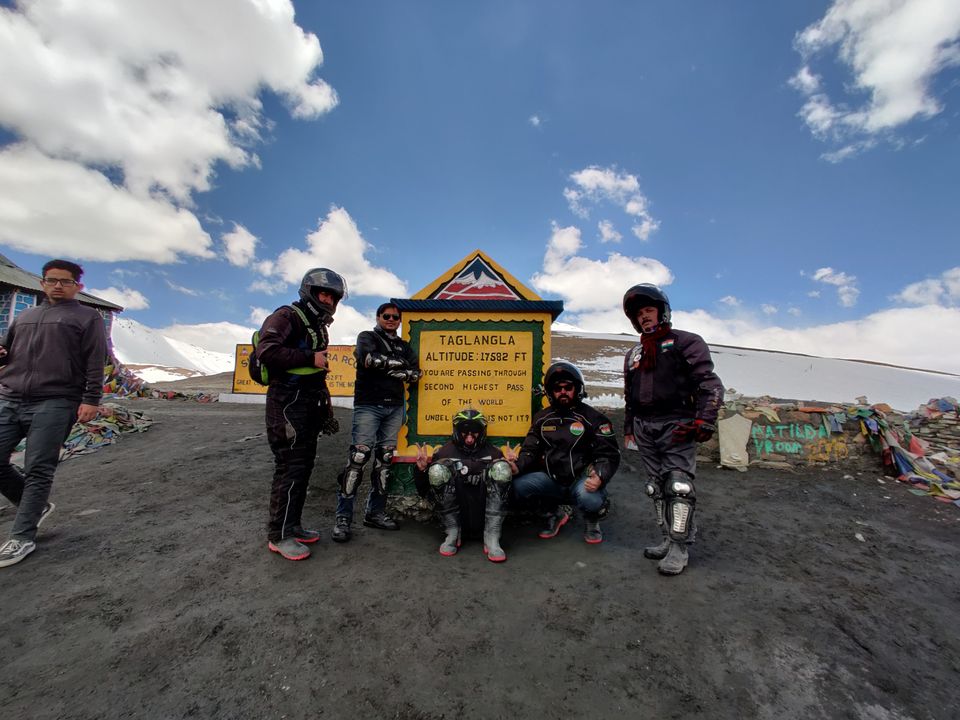 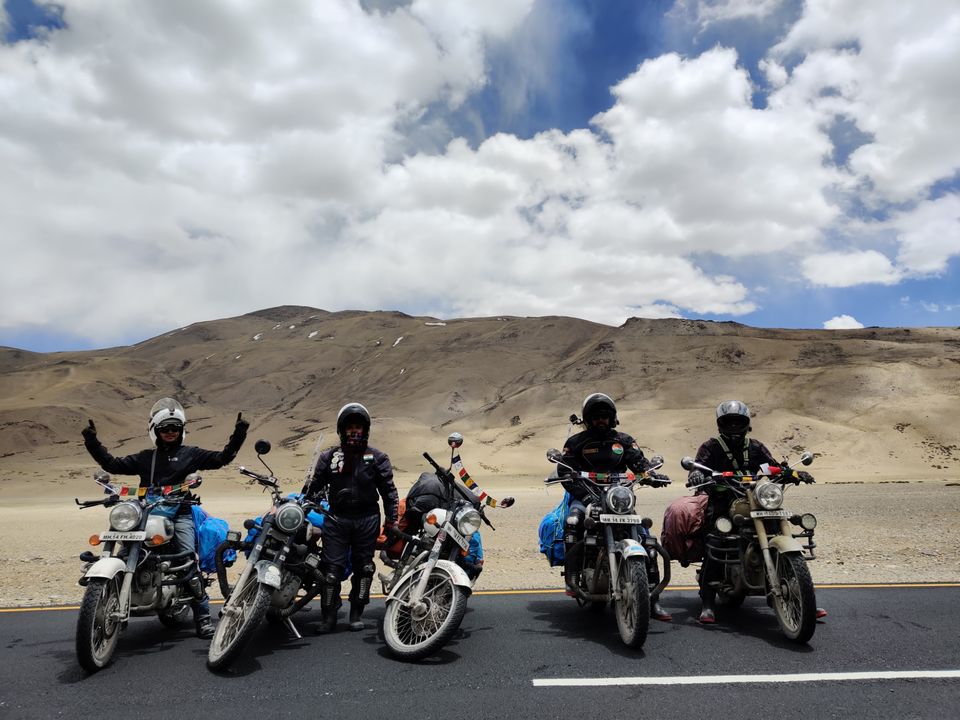 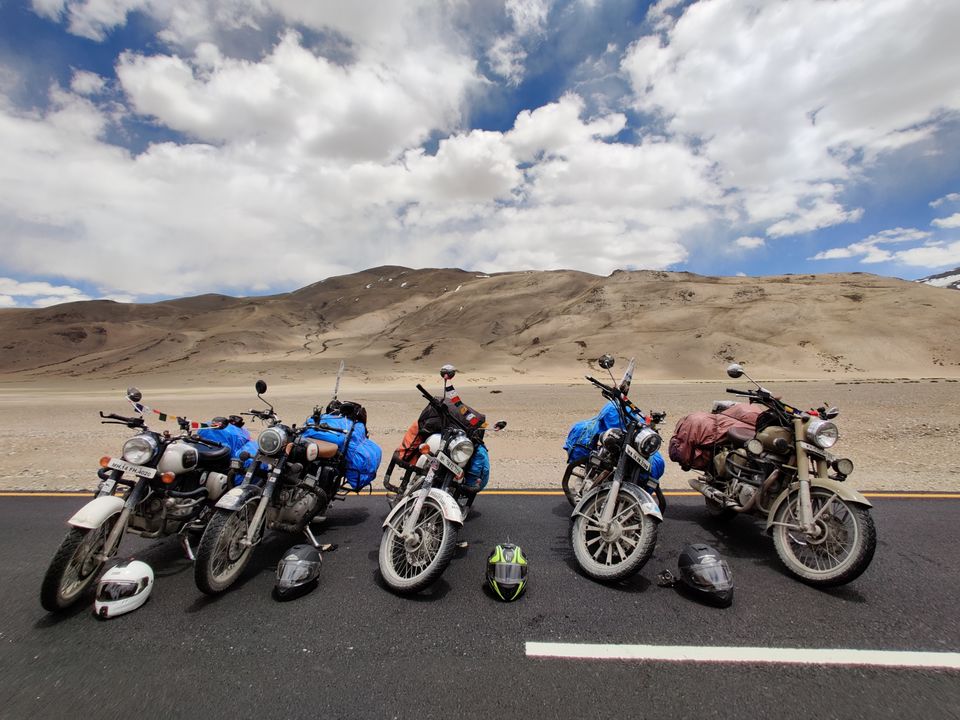 An ode to the bikes 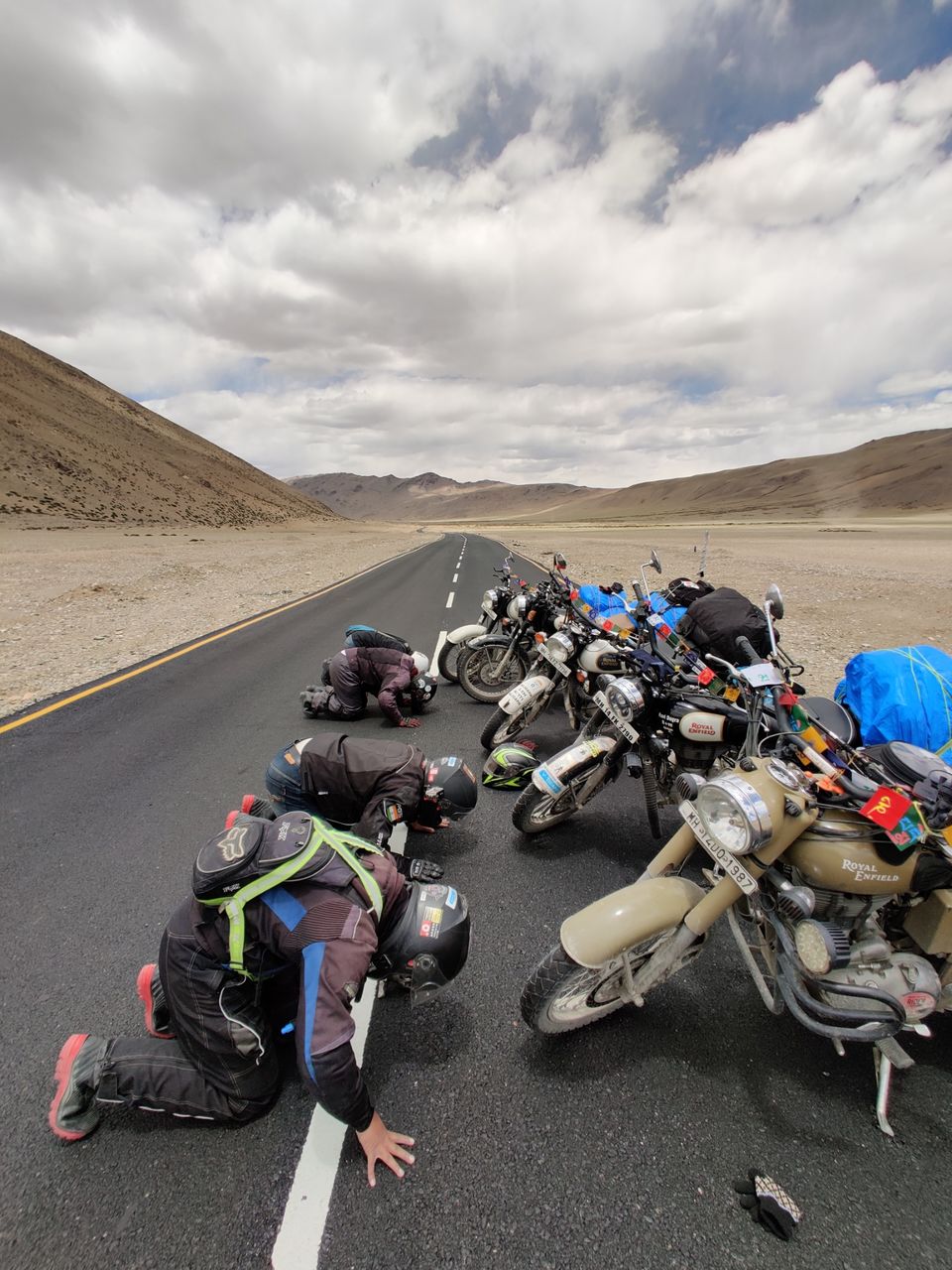 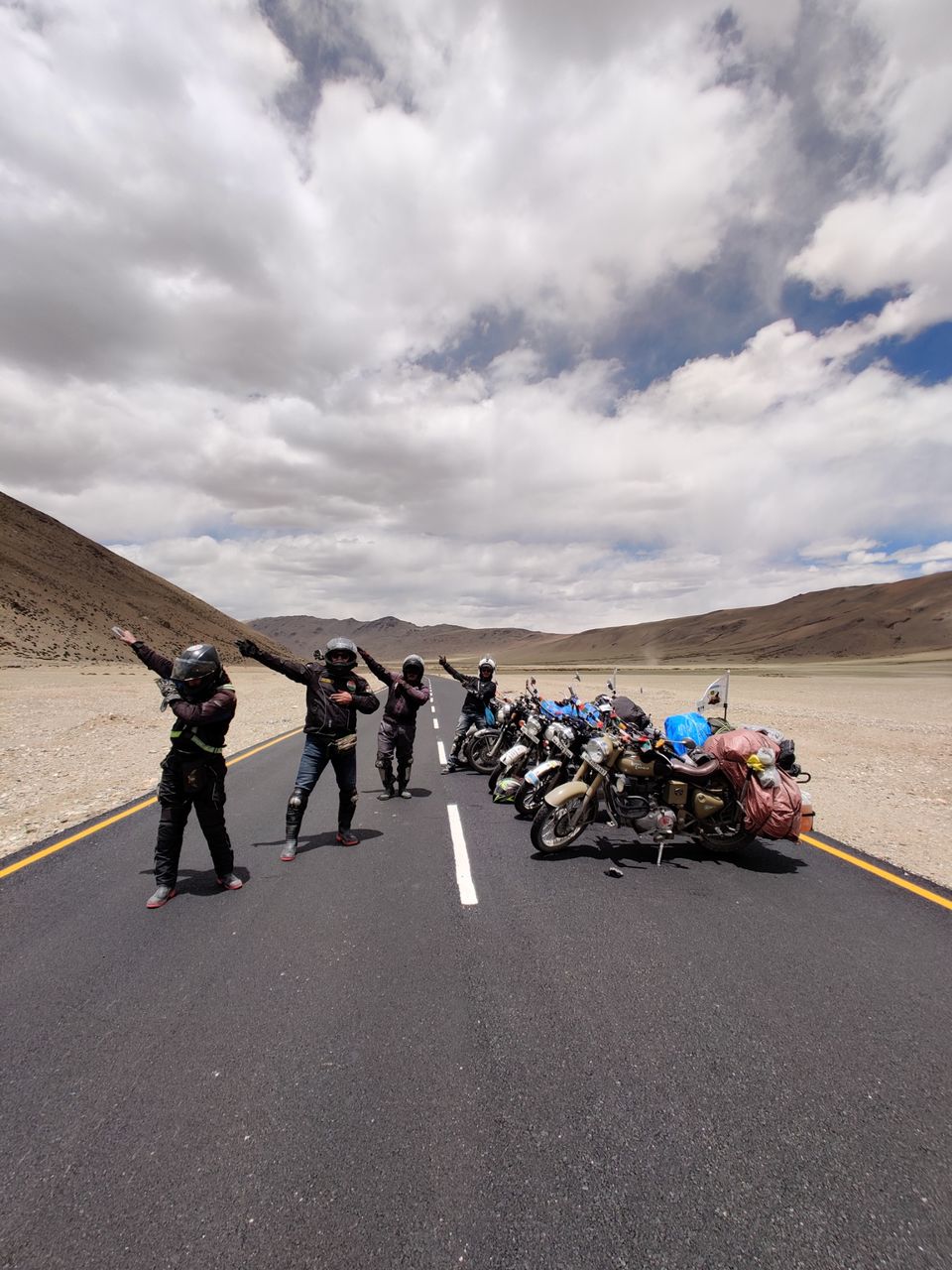 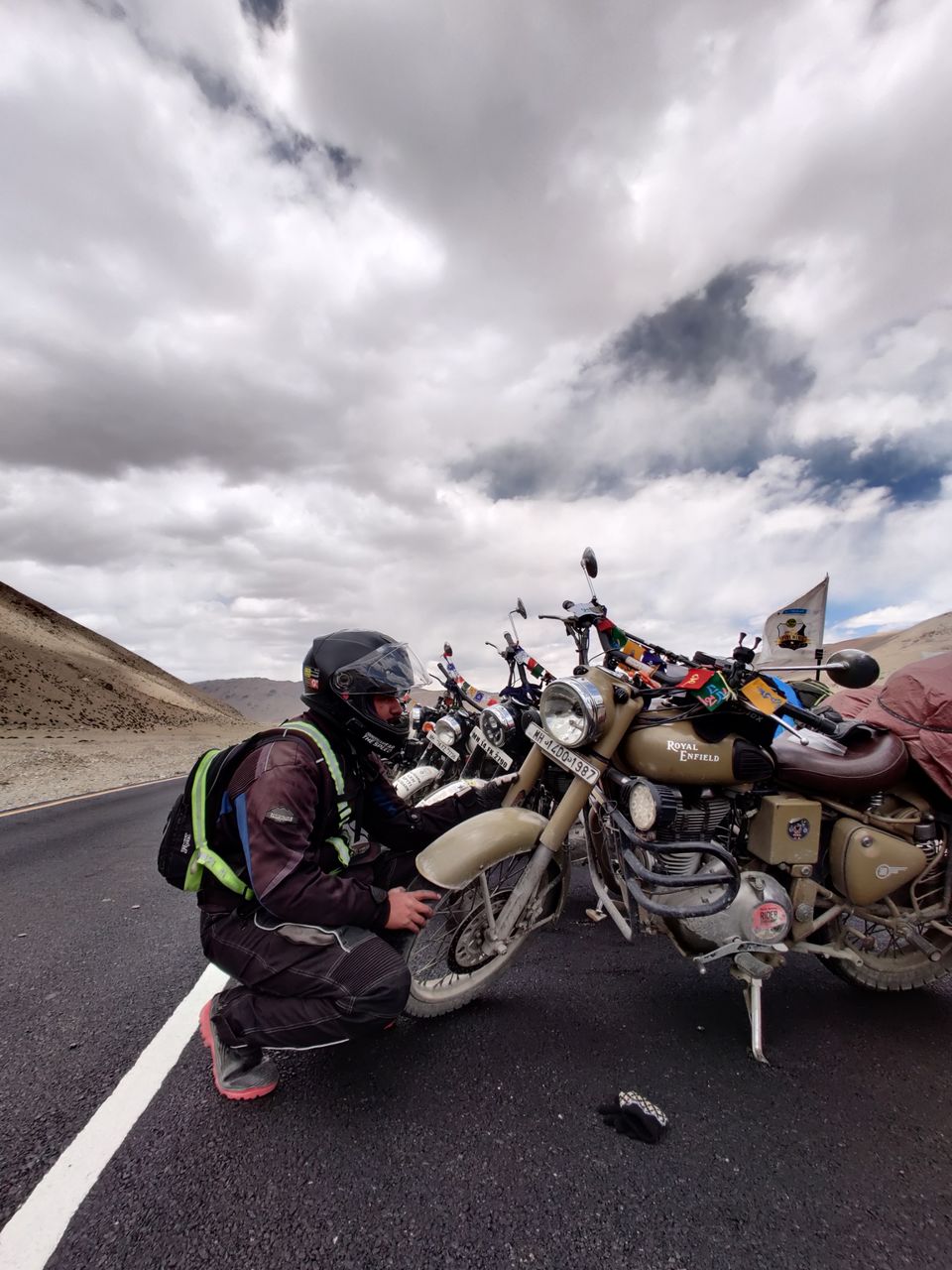 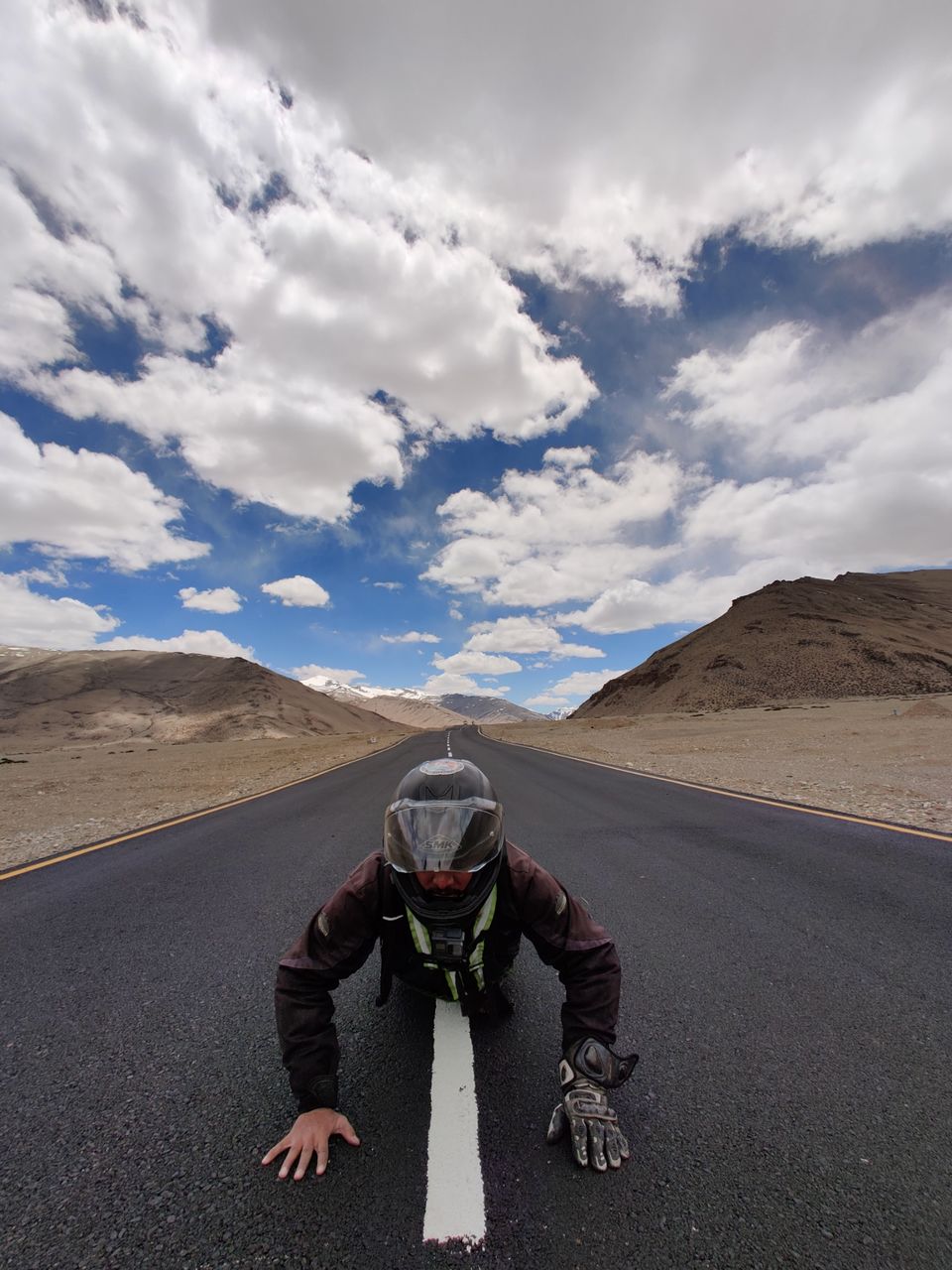 One of the many deadly roads 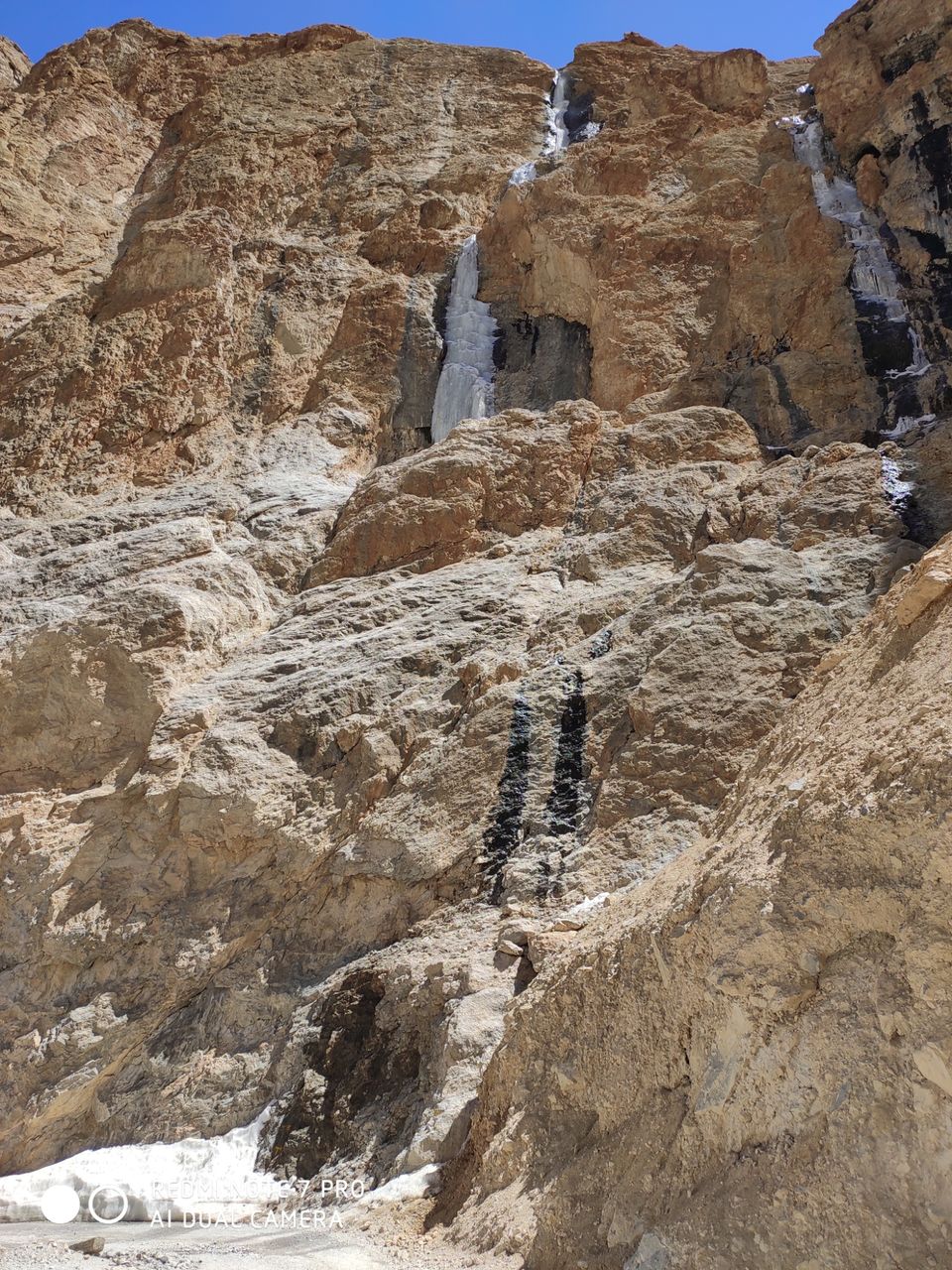 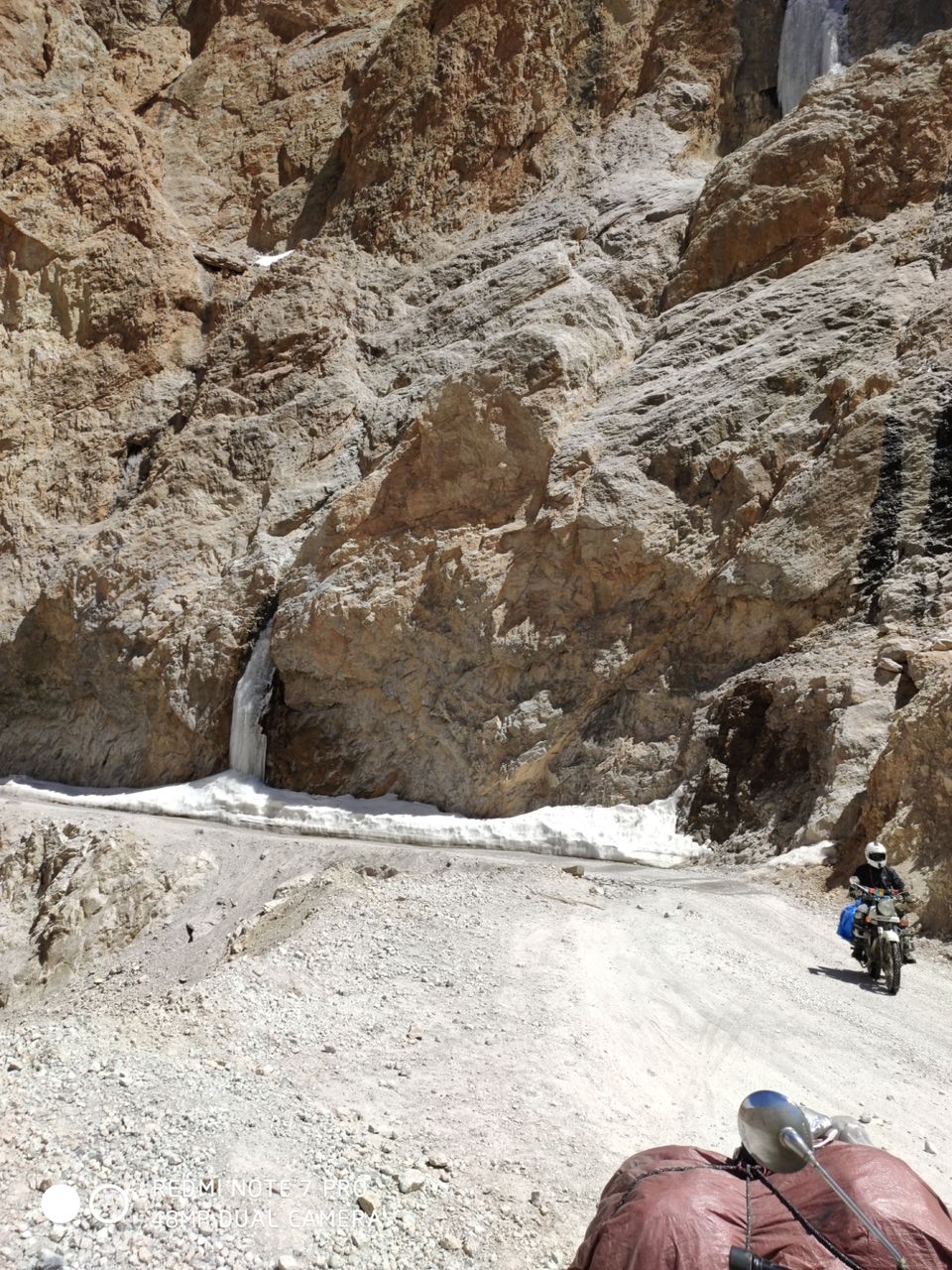 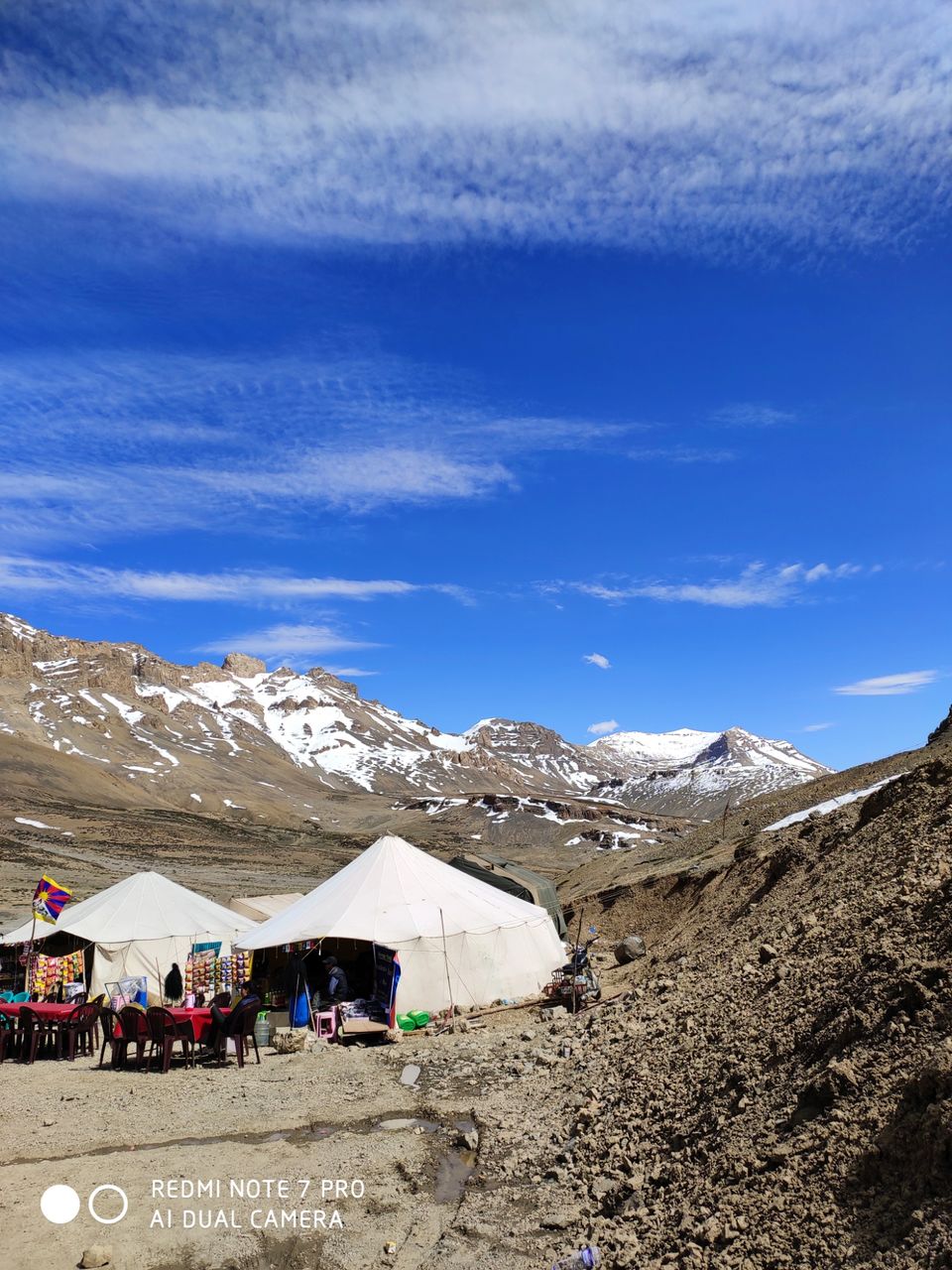 View with a message 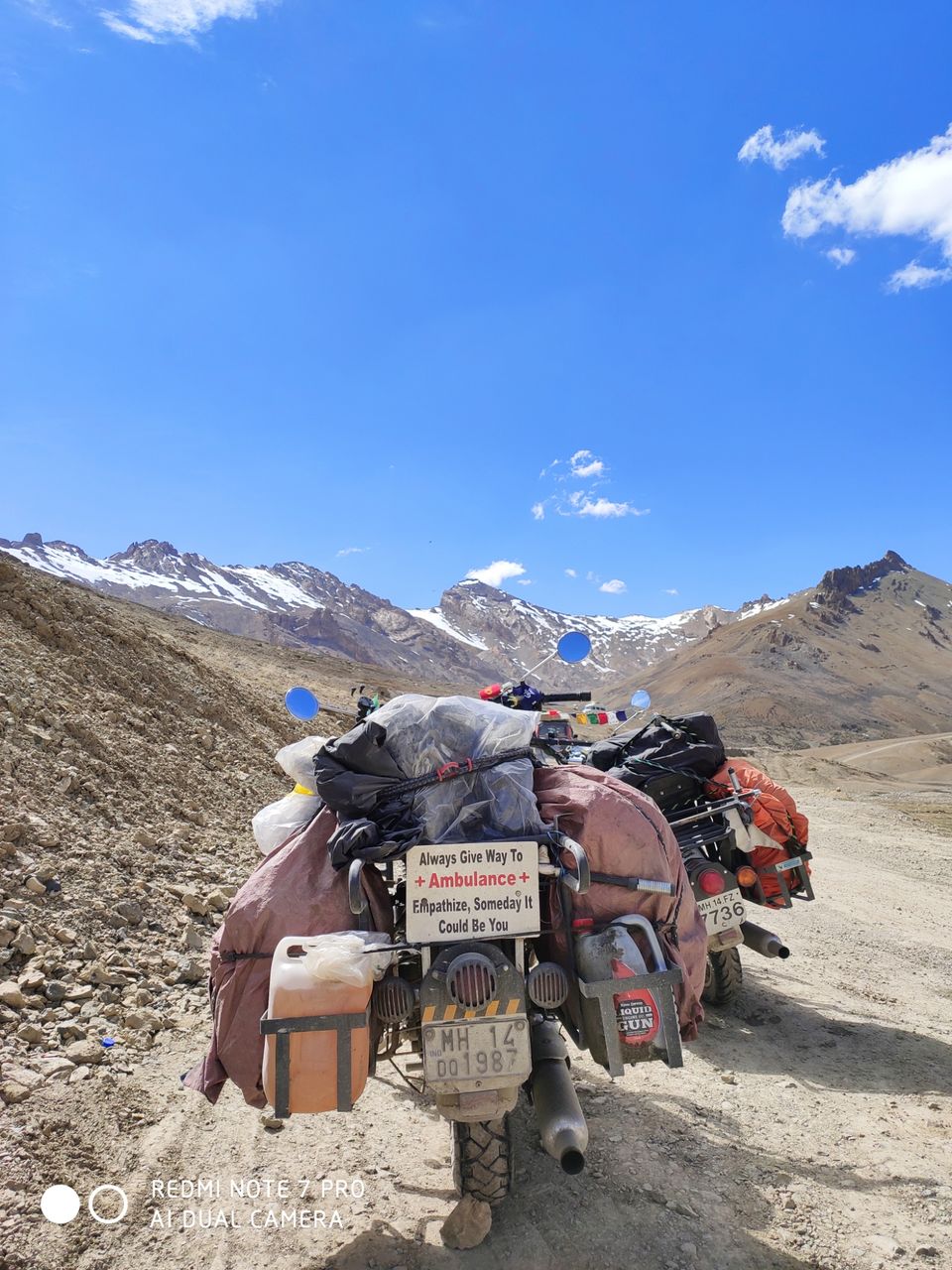 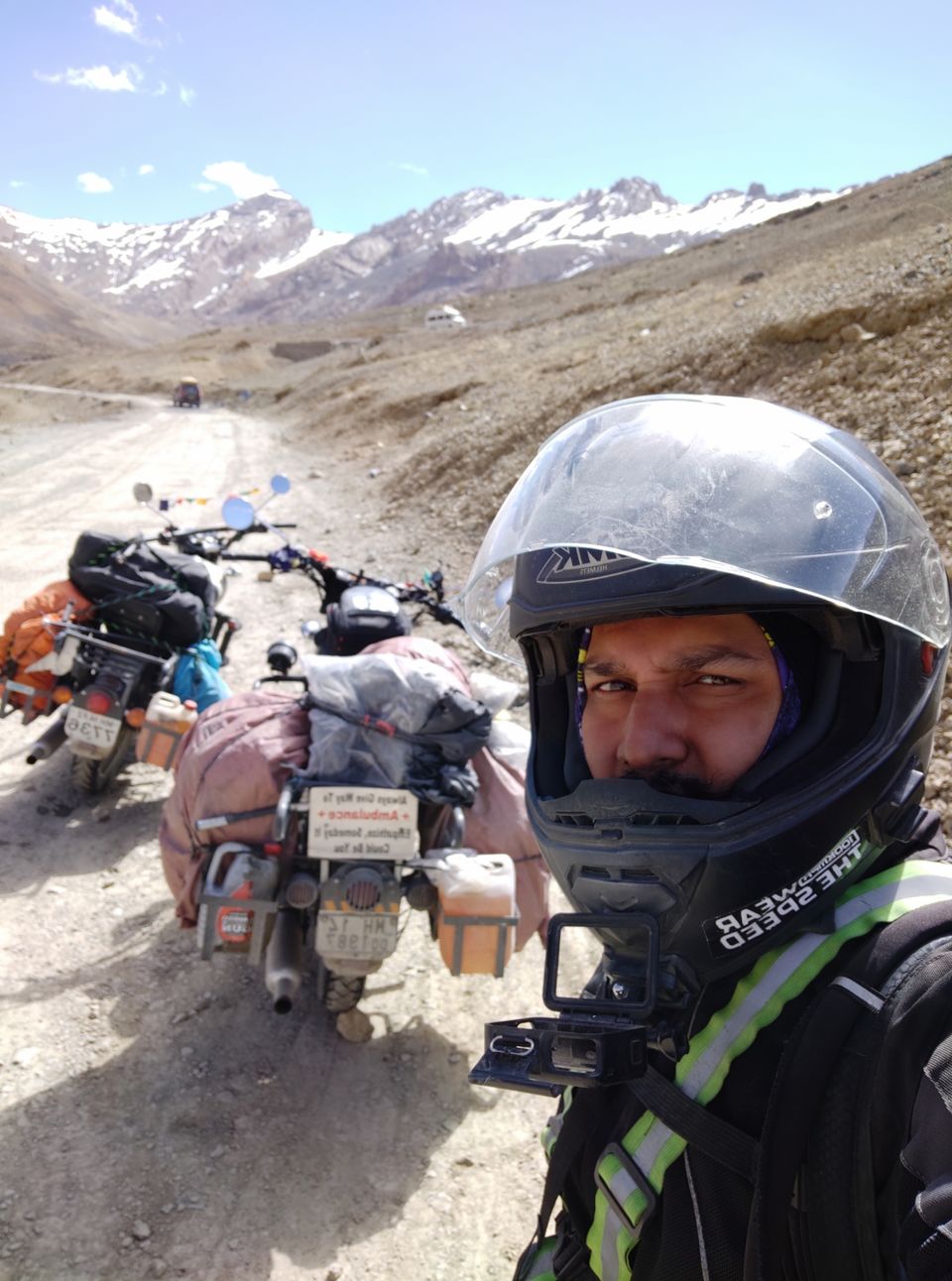 View worth the capture 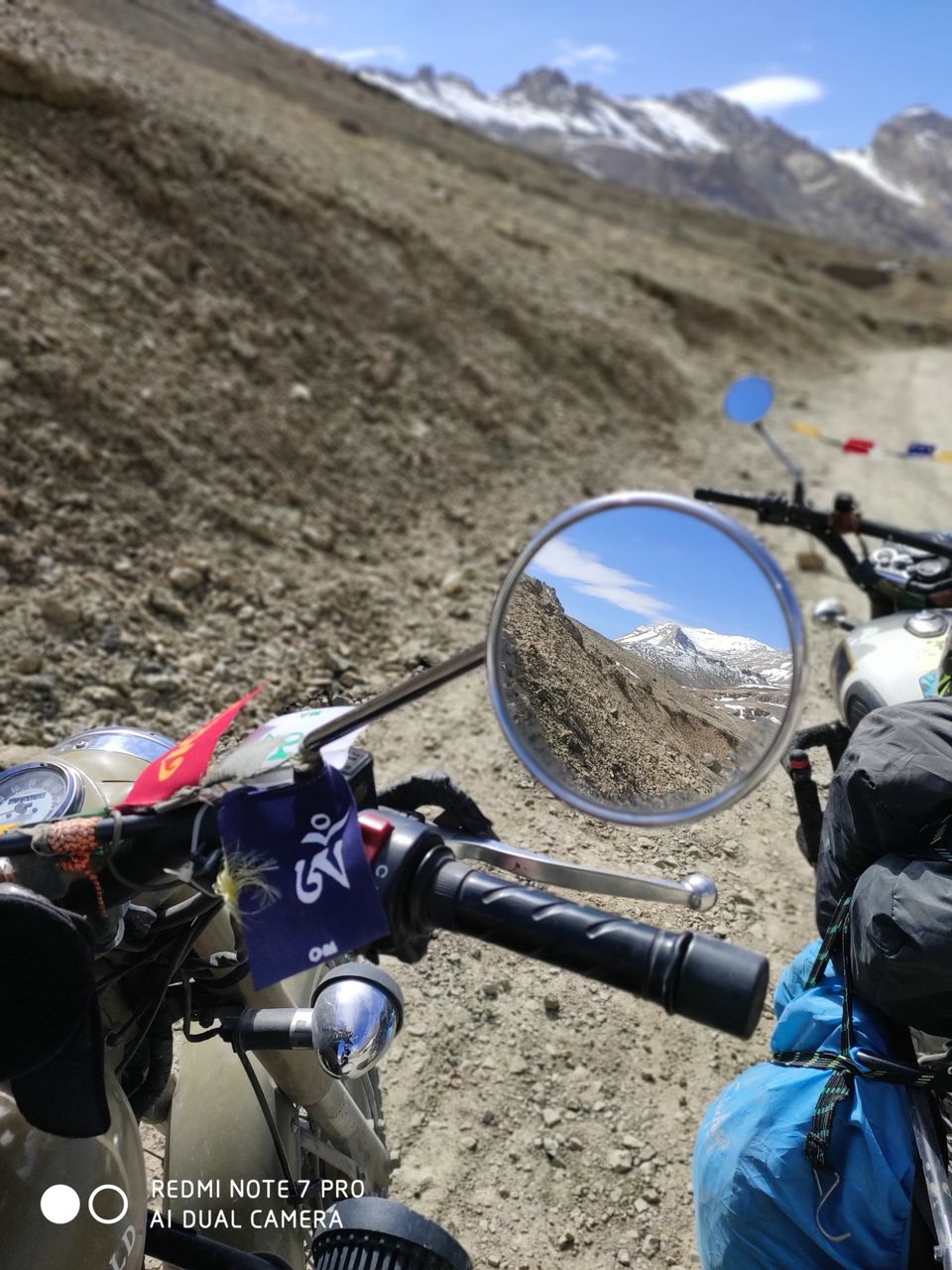