Lesvos (Greece), The land of Olives 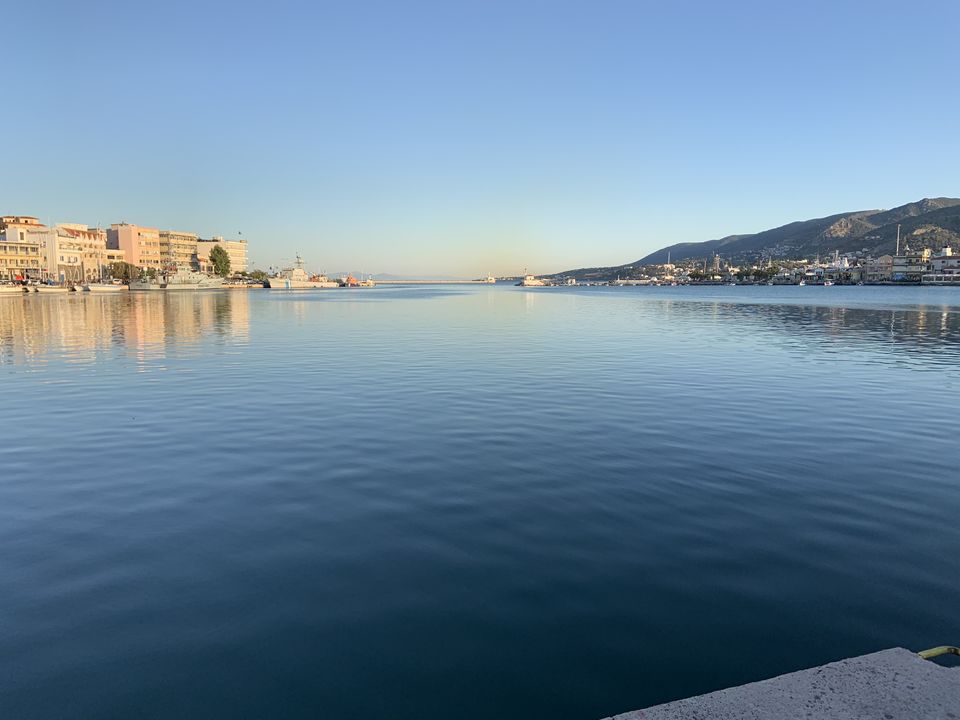 Lesvos is known as the island of Olives and it has orchards of Olive trees. The bulk of the olives and olive oil in Greece comes from this island. A convenient way to reach this place is by taking a domestic flight from Athens. In 3 days one can cover the major highlights on this island. One full day would be required for Sigri and the Petrified forest area, on the second day one can plan a visit to the museum of industrial olive oil followed by the Molyvos village and on the third day one can go around the Mytilene town. For this you can camp in a hotel near by Mytilene and take guided tour to Sigri and Molyvos as both are 1.5 to 2 hous drive from Mytilene.

As you drive from the Lesvos airport towards Mytilene, on one side of the road is the vast beautiful sea scape and on the other side are some houses and a few hotels, Heliotrope hotel to name one. The sea side is rocky, however there are areas where the rocks are smooth and one can go for a dip in the sea. Such areas also have a changing room and a shower by the road side.

On the way there is a dock where ferries of the local people are anchored. Many people there own ferries as some places are easier to reach by the sea ways. Mytilene is around 8kms from the airport, and one can either stay at one of the hotels in Mytilene, like the Blue Sea or another option is a hotel in between the airport and Mytilene specially for people who enjoy swimming in the sea. The former would be more economical and it would save the travel expenses as one has to cross Mytilene to go to Molyvos and Sigri.

The petrified forest in Arizona is very well heard of but the one in Sigri also has a story attached to it and is worth visiting. This forest is on the way to Sigri and the petrified forest museum is located in Sigri. On the way there is dry land with few shrubs and preserved tree barks.

The petrification process started around 20 million years ago as a result of a volcanic eruption and the entire area was covered with ash and lava. The volcanic gas covered the trees and cut off the oxygen supply. These trees could however get water from the roots and this water was rich in silicon di oxide which started getting deposited in various parts of trees and preserved them. Thus the petrification process started from the roots.

The leaves accumulated calcium carbonate and were preserved as a result of calcification. This petrification process took 5000 million years. Among the recoveries from the petrified forest are tree barks of various sizes, imprints of leaves on stones, jaw of an animal and roots of trees.

A part of the petrified forest got covered with sea water and an island named Nissiopi island got separated. This island also has remains of petrified forest and some remains which were recovered from under the water. One can take a ferry to visit this island.

The forest is perhaps even larger than the one in Arizona and has a museum where the preserves are displayed. In the museum they give a short presentation after which one can go around viewing the remains from the petrified forest.

After visiting the museum one can walk around the Sigri village and then drive to Scala Eresou to have dinner at taverns by the sea.

Mytilene is a small town with taverns by the sea where you get local greek food like chicken and pork souvlaki and gyros. These are like wraps made in pita bread or in tortilla pita which is a thinner bread and besides the meat they contain french fries, cucumber, tomatoes and mayonnaise. For vegetarians falafel is a good option. If you desire to eat a fish meal, walk down to Epano scala which is around 15 minutes from the Mytilene port.

Around the Mytilene port there are shops for buying souveniors, olive oil and olives. The supermarkets and restaurants remain open during the day however the other shops remain closed on Sundays and they close down by 3 pm on other days. On tuesdays, thursdays and saturdays they reopen at 6pm and remain open till 9 pm.

Lesvos being the island of olives, has few of the best brands of olive oil and they are available at reasonable rates as compared to other places in Greece.

Another village worth visiting is Molyvos which is called the mountain of Olives. Again a guided tour by bus is the best option to reach there. On the way the Museum of Industrial olive oil is worth visiting. On the way to the museum there are orchards of Olive trees along with few scattered fig trees.

The museum of Industrial olive oil was once an industry, where olive oil production would take place. When the industry closed down, it was converted into a museum. The advantage of going to these places along with a guided tour is that the tickets are prearranged. The premises has an edifice where the machinery used in olive oil production is displayed. Outside this are a row of rooms with glass walls where various miscellaneous things like containers used for storing oil, salt used for preserving olives and sacks made of goat skin used for transporting oilve oil are displayed. As one enters the edifice there is a weighing scale to weigh the olives, followed by a large rolling machine in which olives were crushed.

These crushed olives were then put in thick gunny bags, which were transferred to a pressing machine, where the oil would be squeezed out. The gunny bags were then washed with water to remove more oil. The oil and water would then be separated in another machine.

After the visit to the museum one can go to Archangel Michael in Mantamados which is an ancient church. The caffeteria there serves honey balls which is a popular delicacy.

The next destination is the molyvos castle. The castle is situated at a height so the best thing to do is to go to the top of the hill using a vehicle and have a nice view of the entire village from the top most point in the castle.

While returning from the castle one can walk through the Molyvos village. As you walk through the village you come accross pomegranate, sweet lime and peach trees planted in people's houses. Further down are few shops selling souveniors, clothes and jewellery. After the shopping is time for dinner which one can enjoy at the waterfront tavernas.