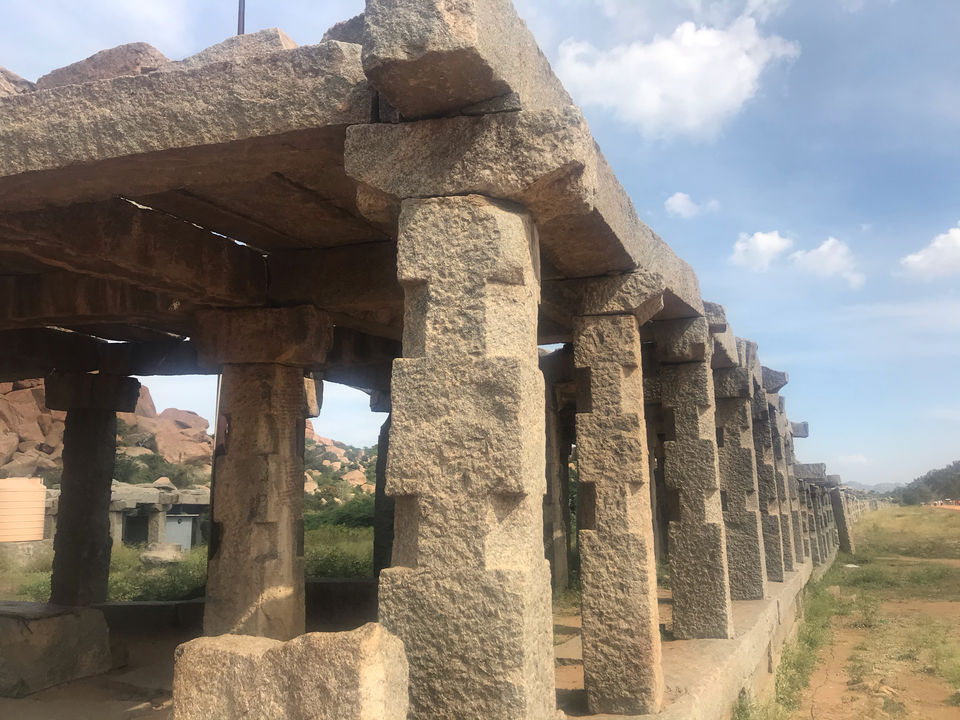 Archeologists tried their best over decades. Years Nd years of hard work was finally going to pay off .They knew they were not far from their biggest day now. Nd the day finally arrived. A lost city sleeping below piles of mud. An entire I must say. They found an architectural marvel.

Vijayanagar was the city. Thriving under their extravagant king Krishna Devray this city was the center of art culture Nd at epitome of all the glory back in 14th century. Let’s take a city tour of this beautiful land full of mysteries.

As u enter u will see magnanimous boulders on both ur sides. The way they are balancing over centuries is a marvel in itself. When u visit the iconic vitthala vijaya temple u will see never ending array of stone pillars. This was the bazaar mainly for horse trading. Imagine traders traveling across the world via the silk route Nd yes the trading was in barter system. The idea of how wide spread businesses were back then makes me wonder how economically successful were we in that era. The temple is beautiful and u will find our cultural heritage Rath printed on 50 rupee note right at the Centre. There’s a twist in the pic though. The rath originally had horses in front however due to destruction when attacked by Mughals they were replaced by Elephants. Go little in the interiors of the temple and u will find an orchestra just that u won’t find any instruments. U know why? The instruments are actually pillars. Yes the geniuses back then designed the pillars in such a way that the create exact sound of different instruments Nd each instrument can play all the 7 swars. It’s beyond our imagination to create anything like this now however our ancestors created it without any modern technology in the 14th century.

Further down the day we could just see Nd be in awe of the kind of life the kings and queens lived. The queen had an entire area dedicated for her bath followed by a palace and then another one named as lotus mahal.

The elephants had a dedicated place for themselves. A huge land known as elephants stable is still standing strong.

Go little further and u will see that Dassera and other occasions meant no small business. The stage itself will remind u of Egyptian pyramids. The animals had their own parking area and yes even the tank for their drinking water was designed beautifully.

When the kings queens their cavalry are celebrated so well just imagine the way their Gods were celebrated. The statues are all Monoliths and u will take few seconds just to take in the grandeur of these statues. The intricate designs and simplicity at the same time will make u awe struck.