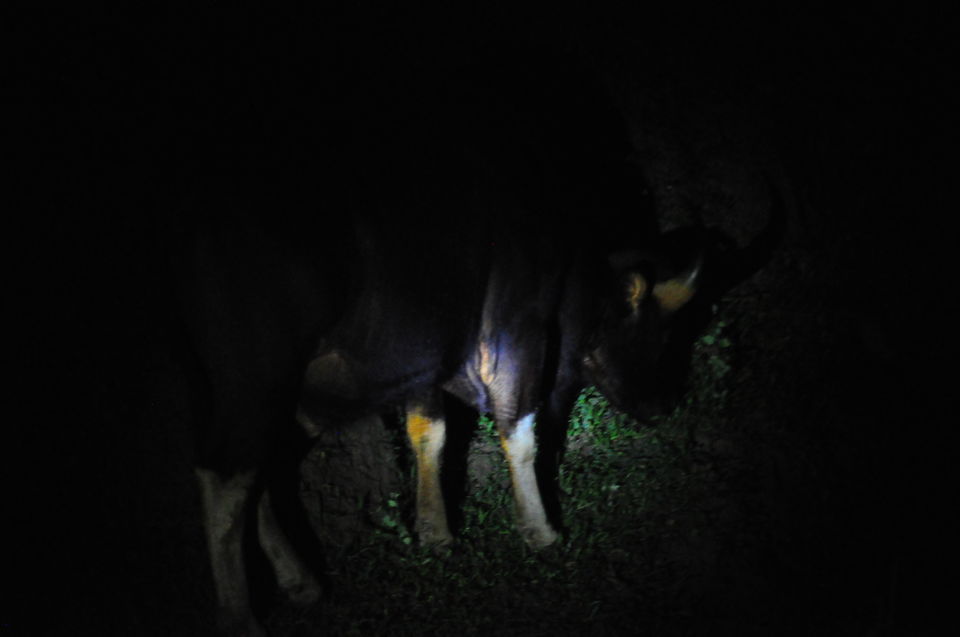 By eleven o’clock we were gathered near the entrance of the resort, waiting for the jeep. We were at the Parambikulam Tiger Reserve. So far we have not seen any tigers or leopards or bears. The jeep came roaring at us and screeched to a halt. It swiftly reversed and shuddered to a standstill.

The ladies decided to skip the trip and stay back. We kids and fathers clambered into the Mahindra Jeep. I got in last behind, hoping for the best view. The jeep rushed down the small hill and onto the forest road.

The driver was a veteran of close encounters with the wild. He began regaling us with stories of so many sightings that we grew hopeful of catching a glimpse of a tiger. Tigers are very territorial and require a lot of individual space to hunt in. They marked their boundaries by urinating on their hunting grounds. Only 37 tigers were left in Parambikulam and the best time to go looking for them was at night.

The forest was silent, except for the chirping of crickets. The night was cold. I rested my hand on the spare tyre and looked out at the road behind us, melting into darkness.

Suddenly we stopped. The driver whipped out a torch and trained its powerful beam into the swallowing darkness beyond the line of trees. The light caught a pair of massive horns. It was a bison. The beast stared at us alerted. Its calf muscles were bursting from its shiny coat of brown skin.

Eventually the beast disappeared from view and we continued on our journey. The driver was highly skilled in spotting animals. We would be thundering down the road when suddenly he will slam to a stop and sent a beam into a random section of the darkness. And inevitably, an animal would be crouching there, gazing surprised at our jeep. We saw an owl, deer, rabbit and a herd of bison. It was so dark beyond the darting beam of torchlight that I could not capture a single photograph properly.

Just when things were getting routine, the driver slowed the jeep and in the headlights we saw a bison standing by the side of the road. The jeep slowed to a crawl and stopped near enough for us to reach out and pet it. It was standing on the passenger side and my Dad’s friend, who was in the front seat, was staring intently at the mountain of motionless muscle.

Without warning the driver opened his door and closed it shut with a bang. All eyes turned swiftly from the door to the beast. The animal cocked its head, the pointy tips of its giant horns lining up with the head of Dad’s friend. It then proceeded to disappear into the forest. The driver nonchalantly started the vehicle and we were on our way again.

After a while, the driver reversed the jeep and the return journey began. I was beginning to feel sleepy when the vehicle stopped again. The driver whispered one word: ‘bear’. Before anyone of us could comprehend, he hopped out and tiptoed to the side of the road. He flashed his torch into the bushes and motioned to us to join him.

I swung a leg over the spare tire and hesitated. I was about to commit the cardinal sin of leaving the safety of the vehicle during a jungle safari. But the others behind me were egging me on. So I dropped down quickly and joined the driver.

He whispered and gestured at me to follow the direction of his pointed finger. All I saw was an oddly shaped black object behind the branches of shrubs. But the threat of the bear was real. Scenes from the Revenant came to my mind and I quickly shushed the others who were excitedly joining me.

We stared until the black shape melted into the shadows. I did not know whether I should be relieved at losing sight of the bear or fearful at wondering where he is right now. I knew bears had an incredible sense of smell.

Just as I finished the previous sentence in my head, I heard the sound of trickling water to my right. It was my Dad’s friend, marking his territory with urine. He was going to literally ‘piss off’ a bear that was right in front of him!

Luckily there was no sign of the bear anymore and we got back into the jeep and drove back to the resort. On the way back, the driver spoke of the many times he had gone on night safaris without catching a glimpse of the tiger. Then he told us about the times when he was returning from work and had seen the beast in full view in the jeep’s headlights. You never see it when you most expect it.

Herds of Deer is a common sight 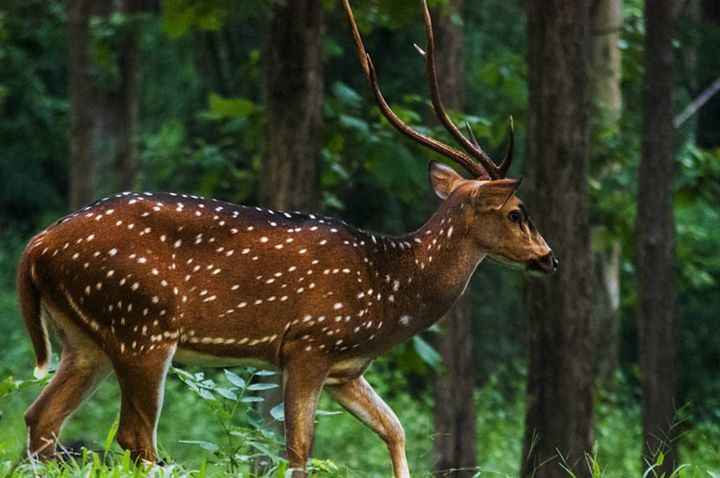 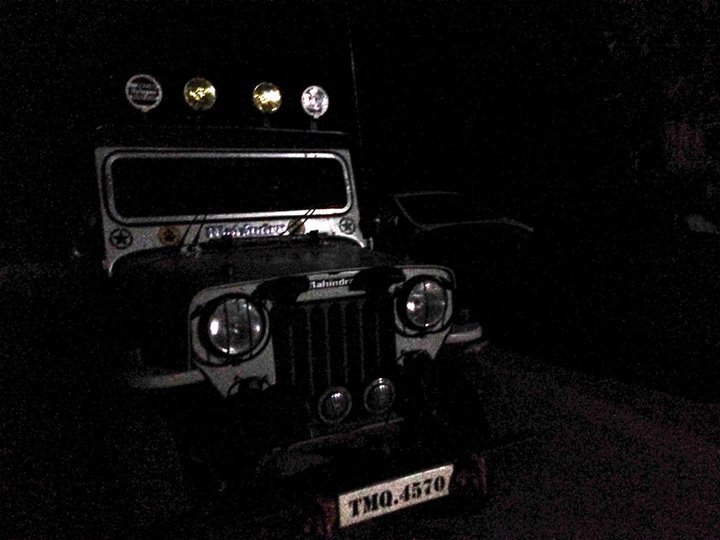