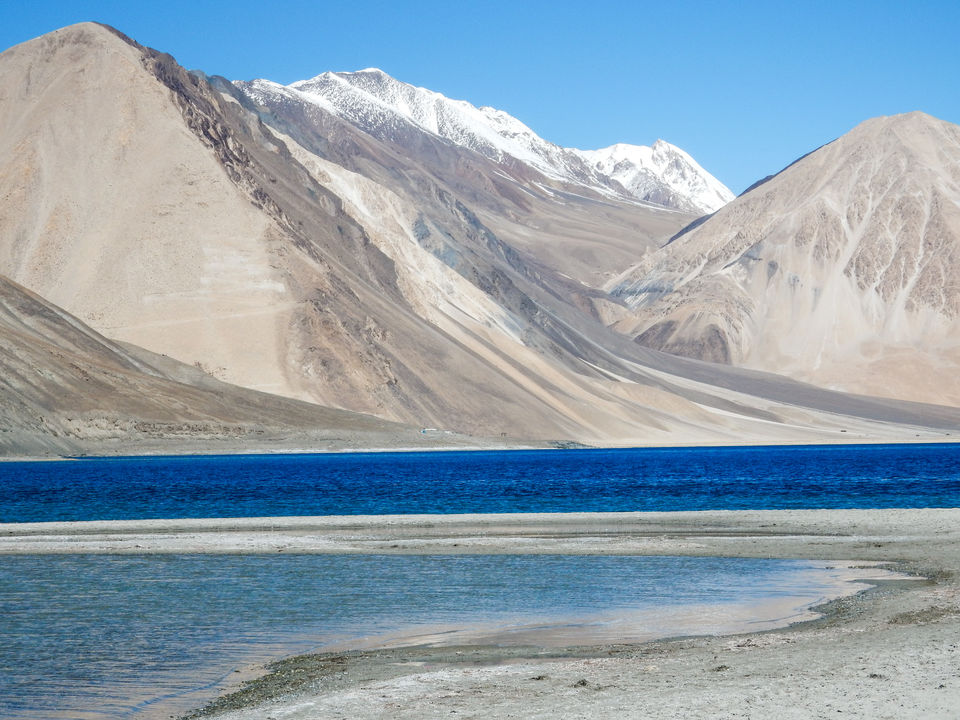 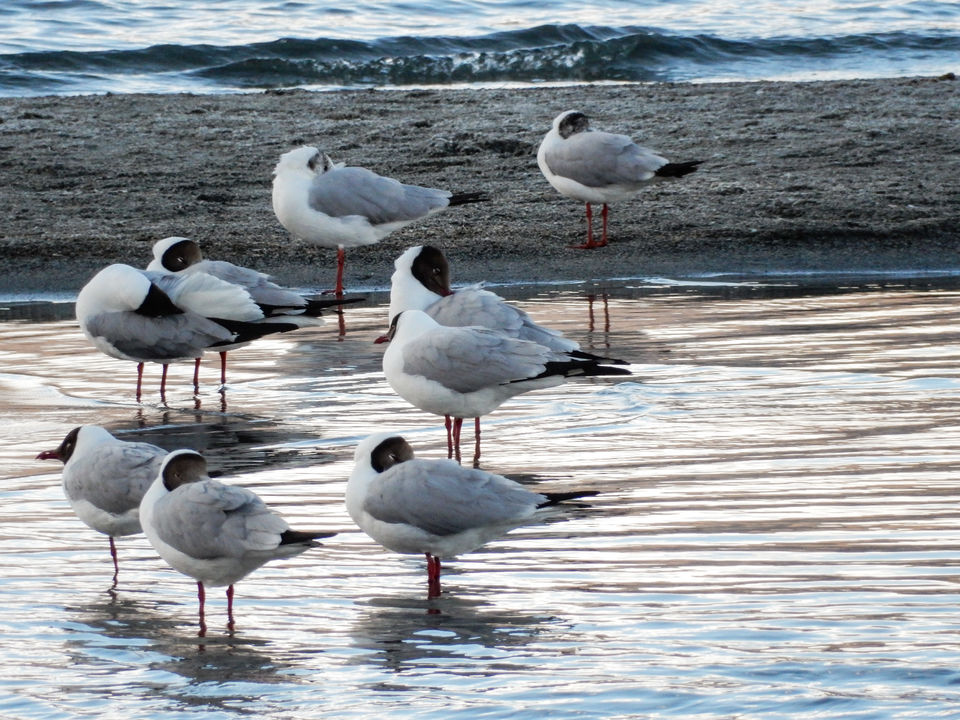 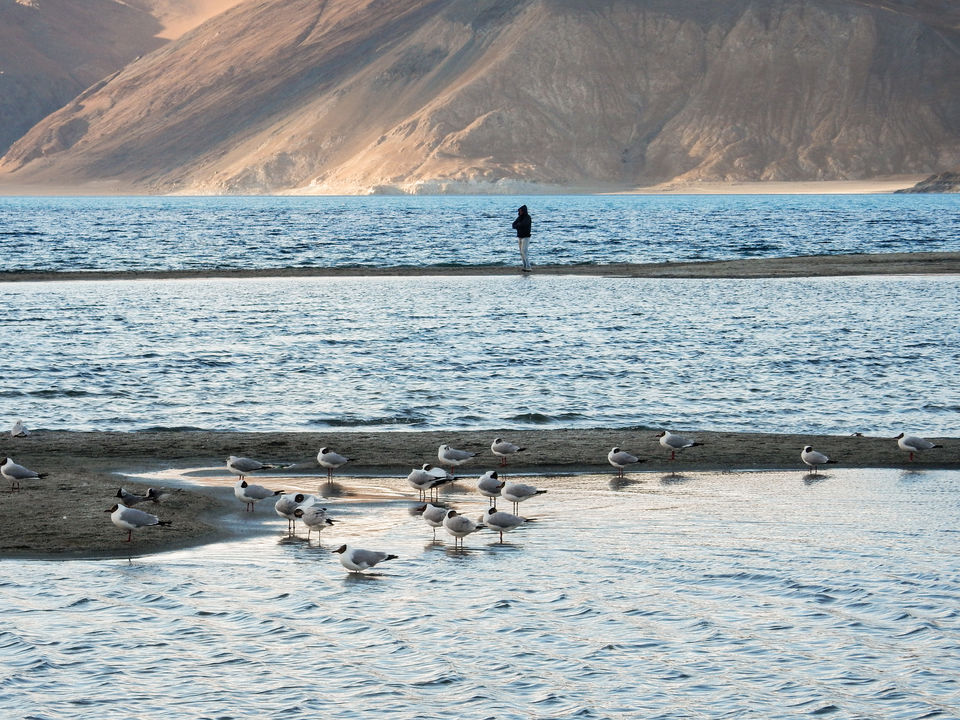 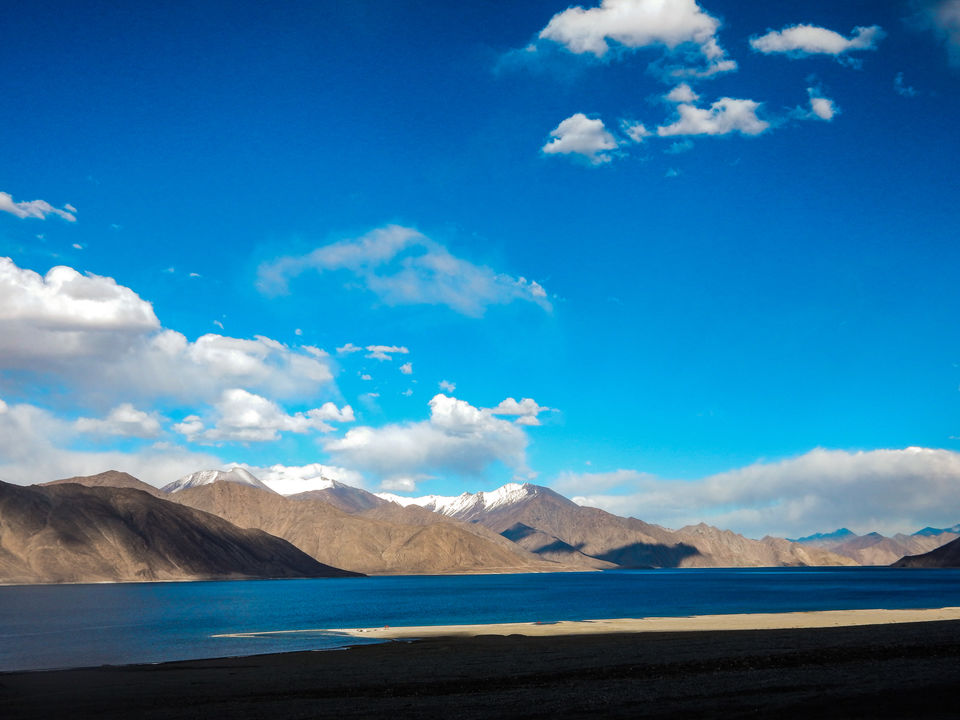 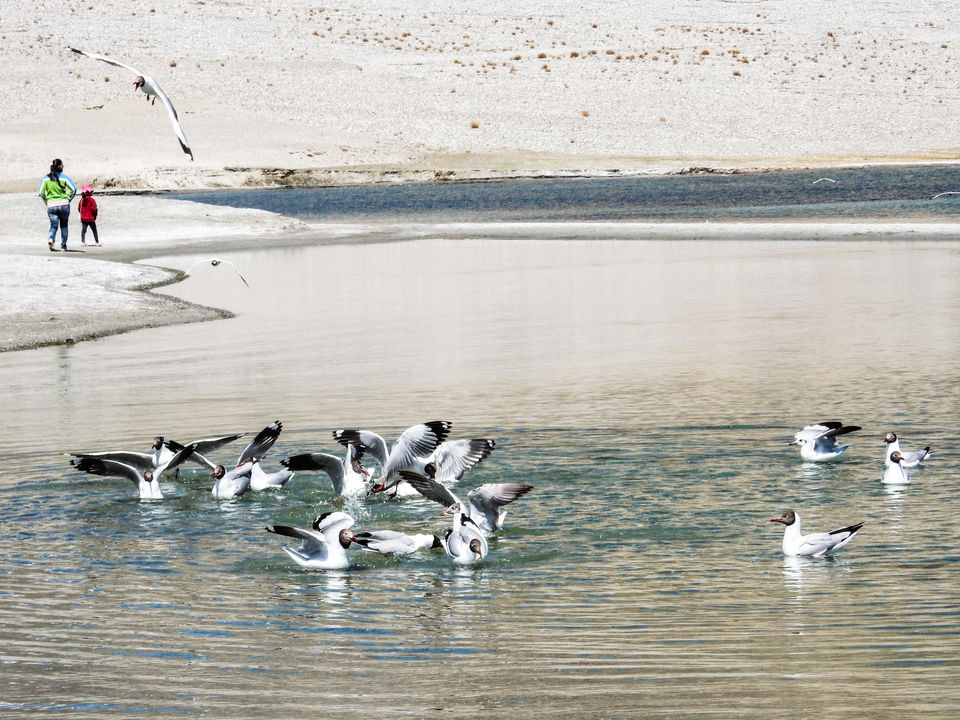 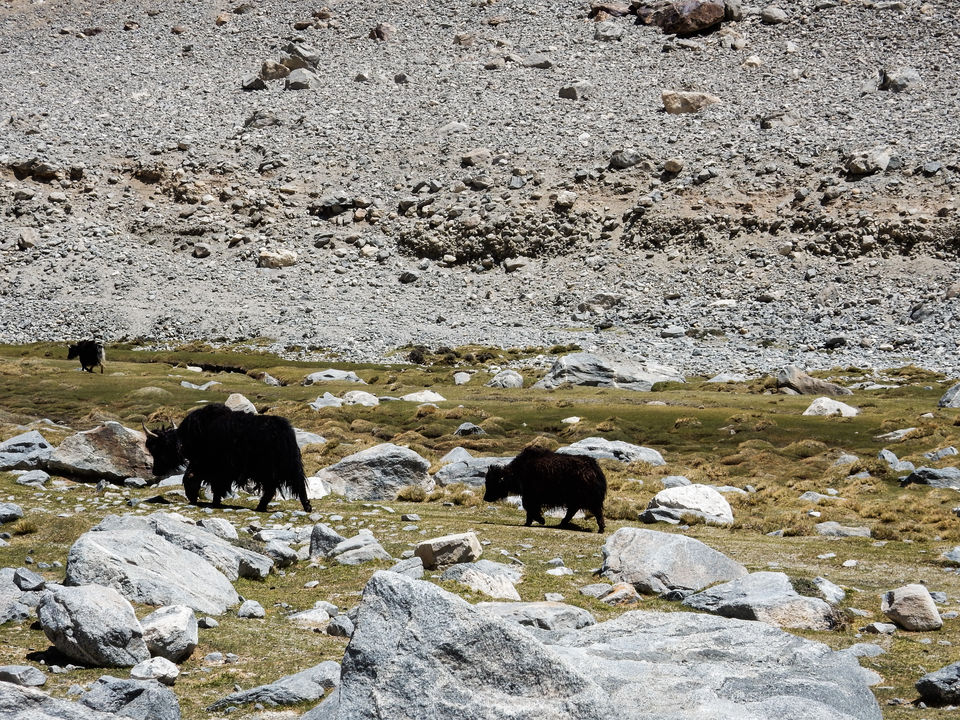 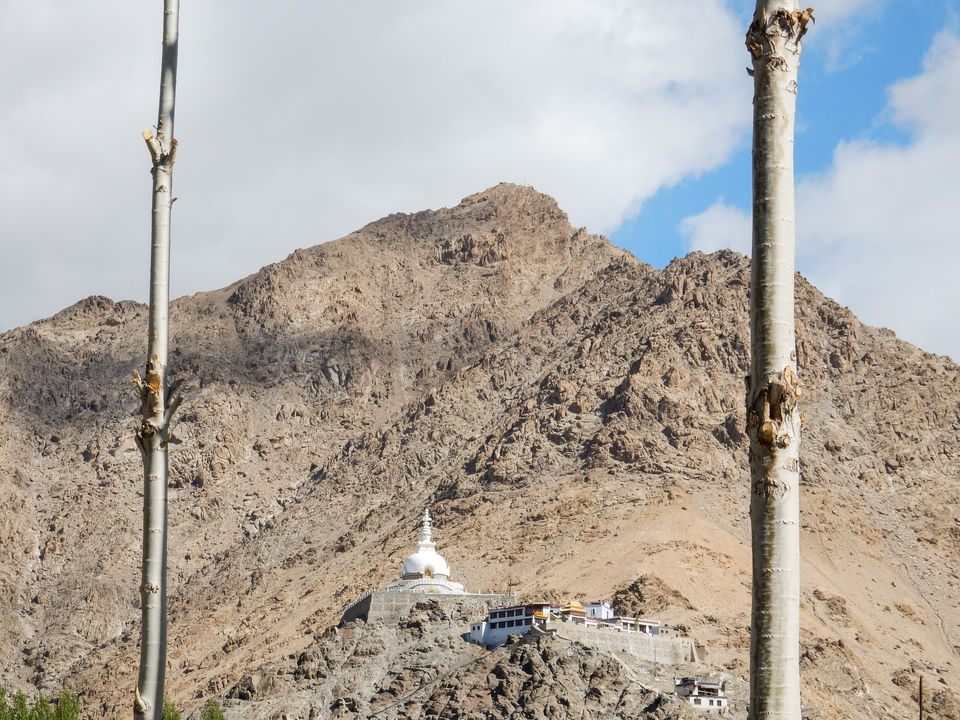 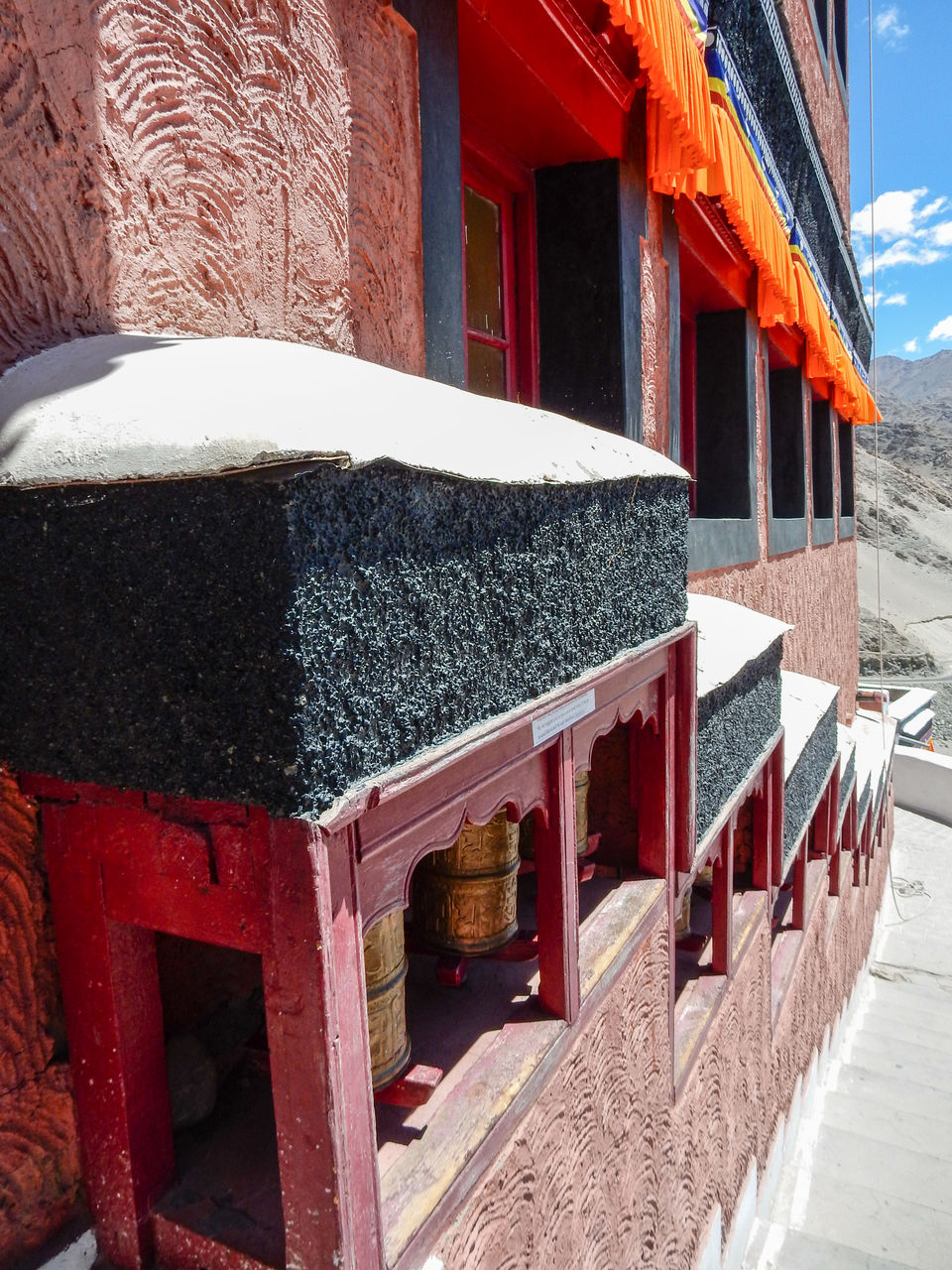 The Magnificient Buddha at Thiksey Monastery 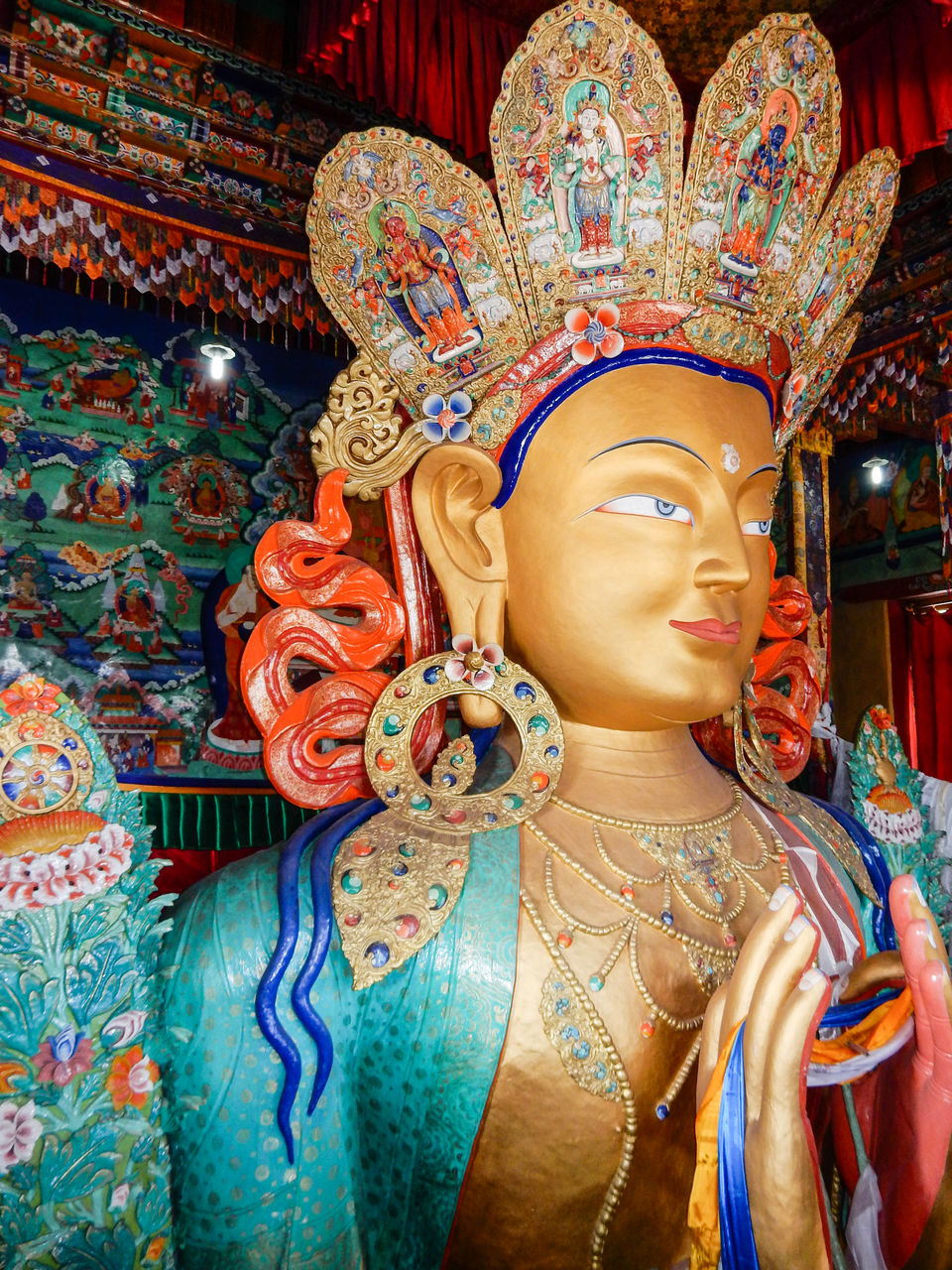 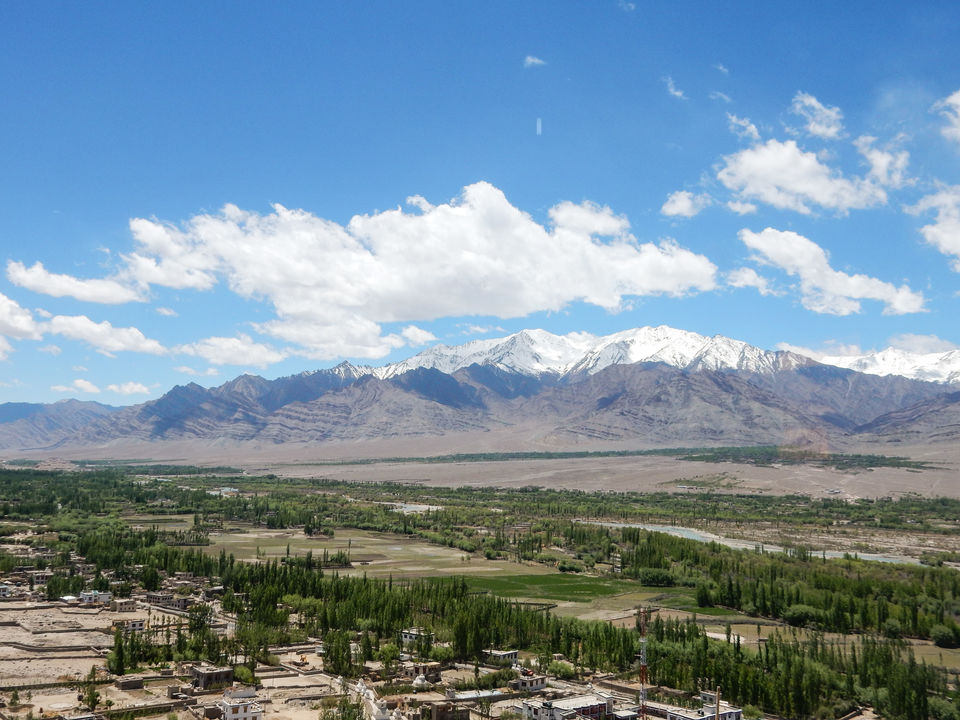 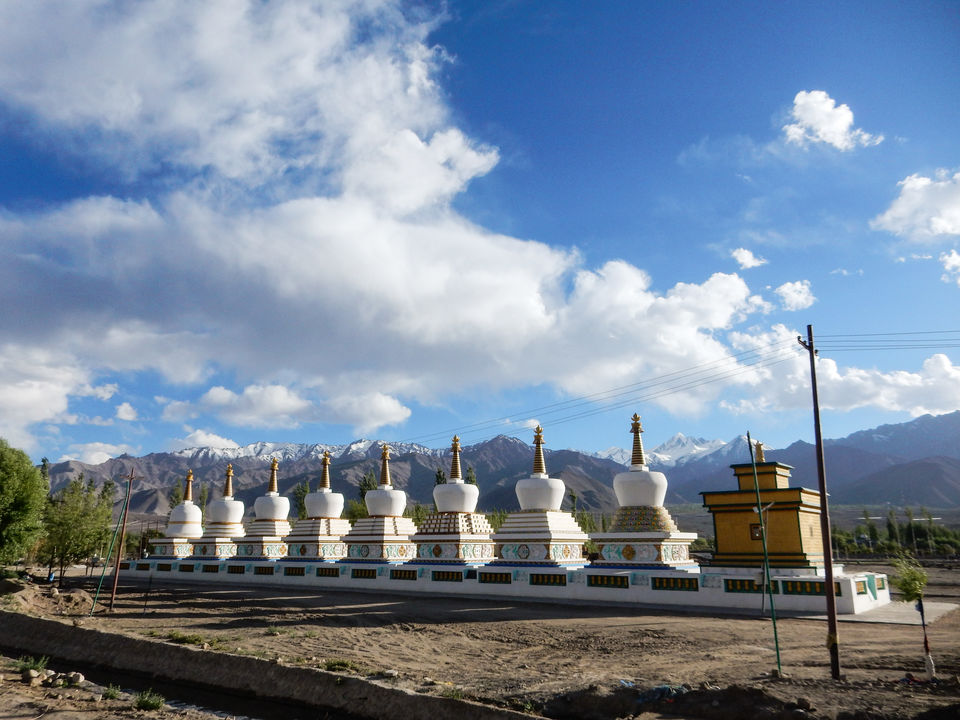 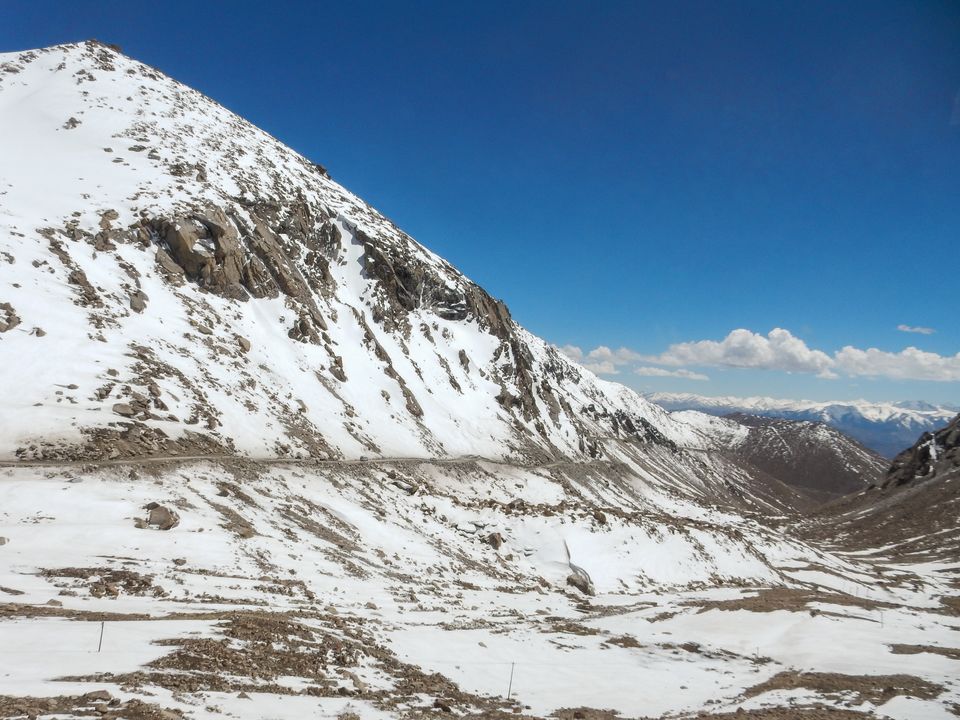 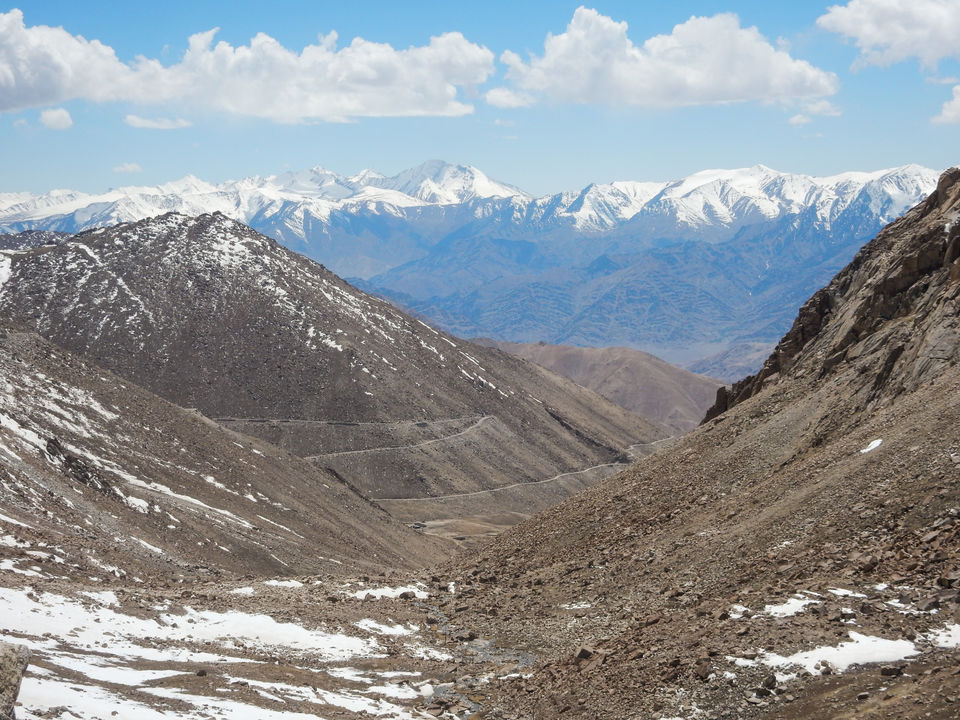 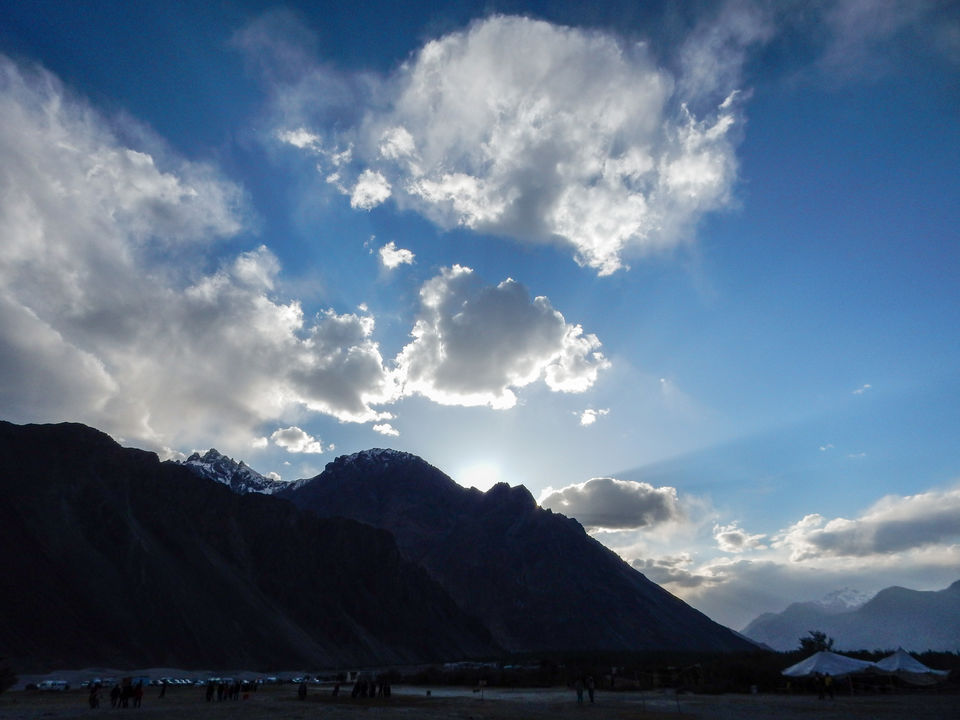 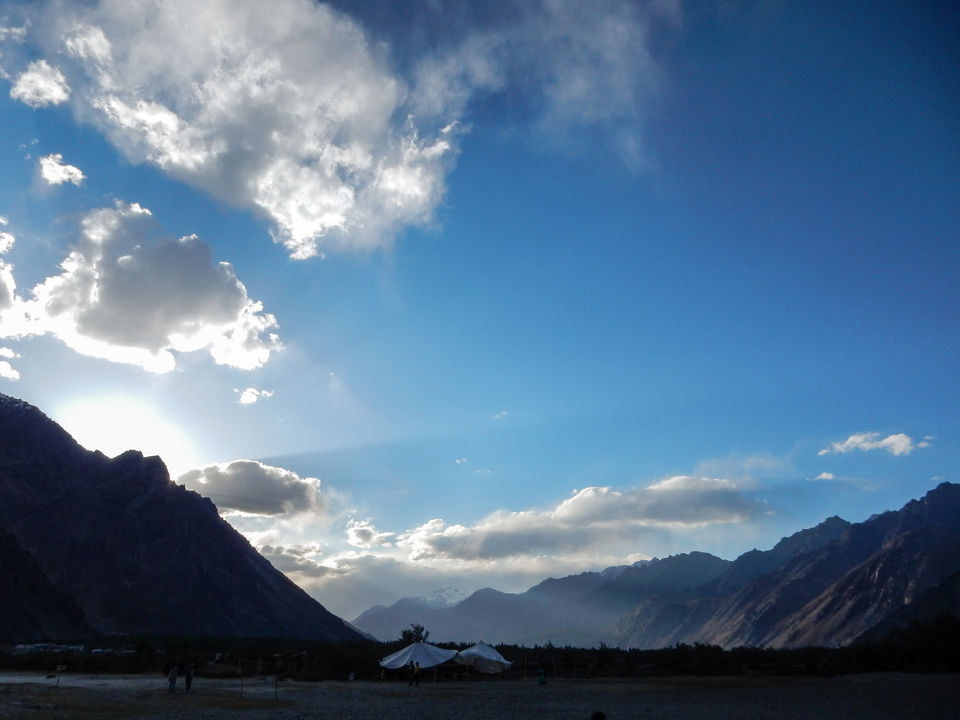 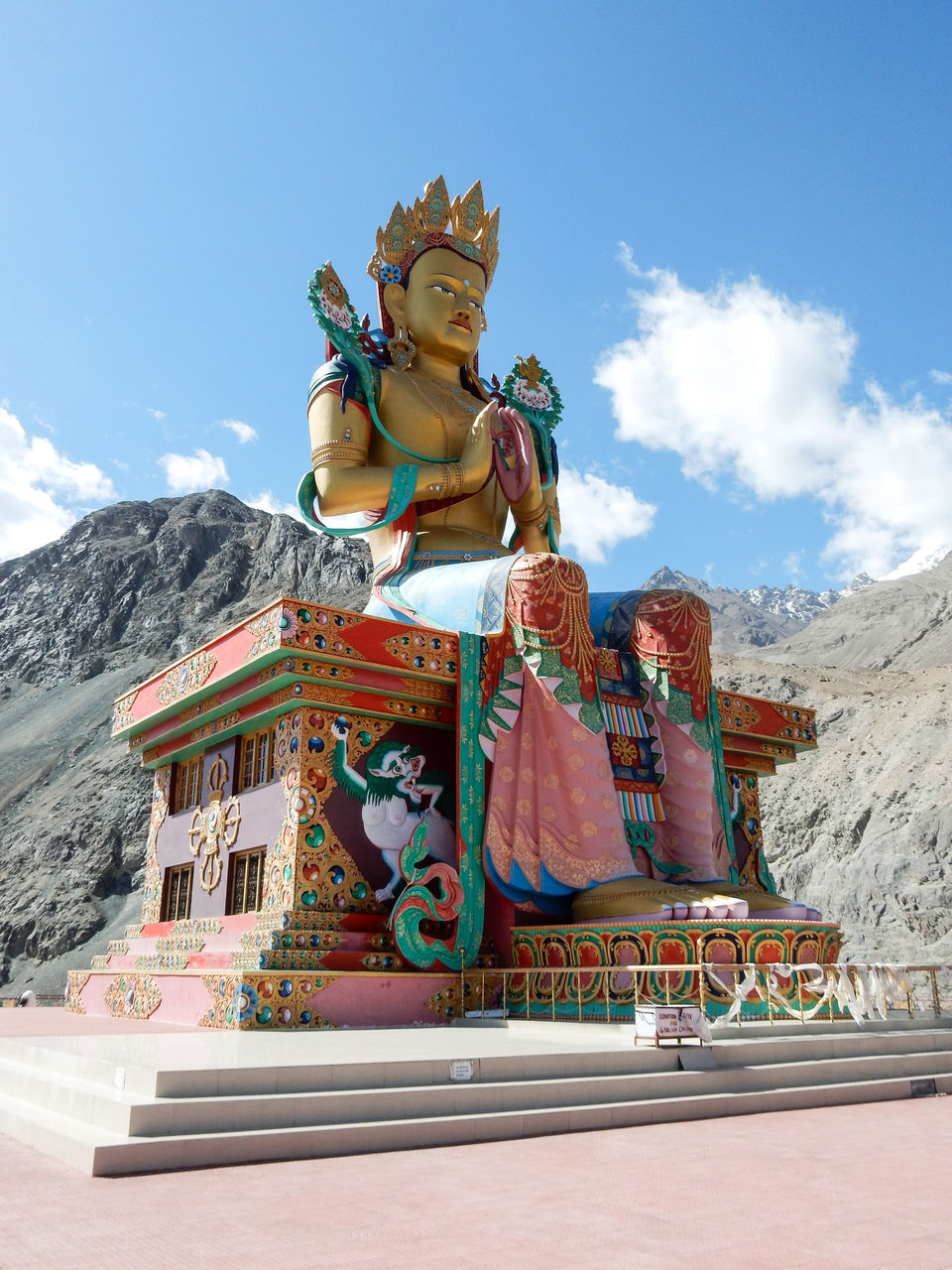 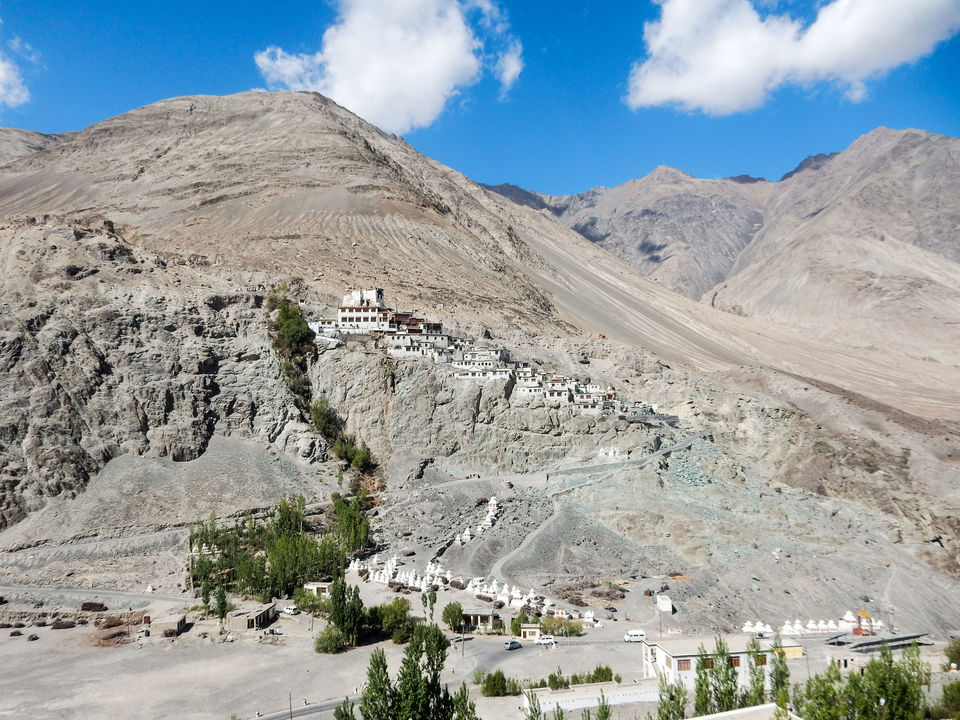 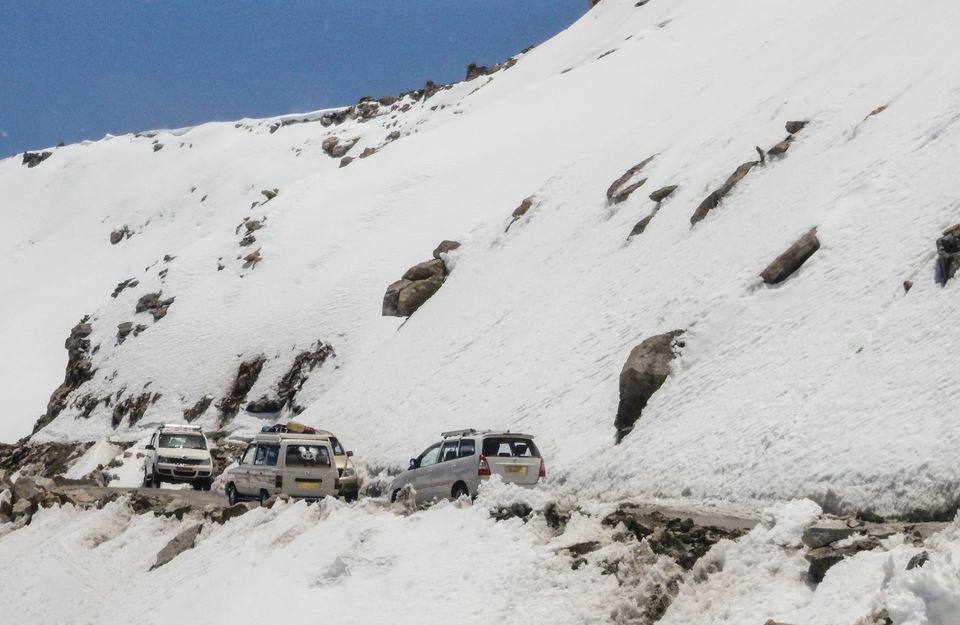 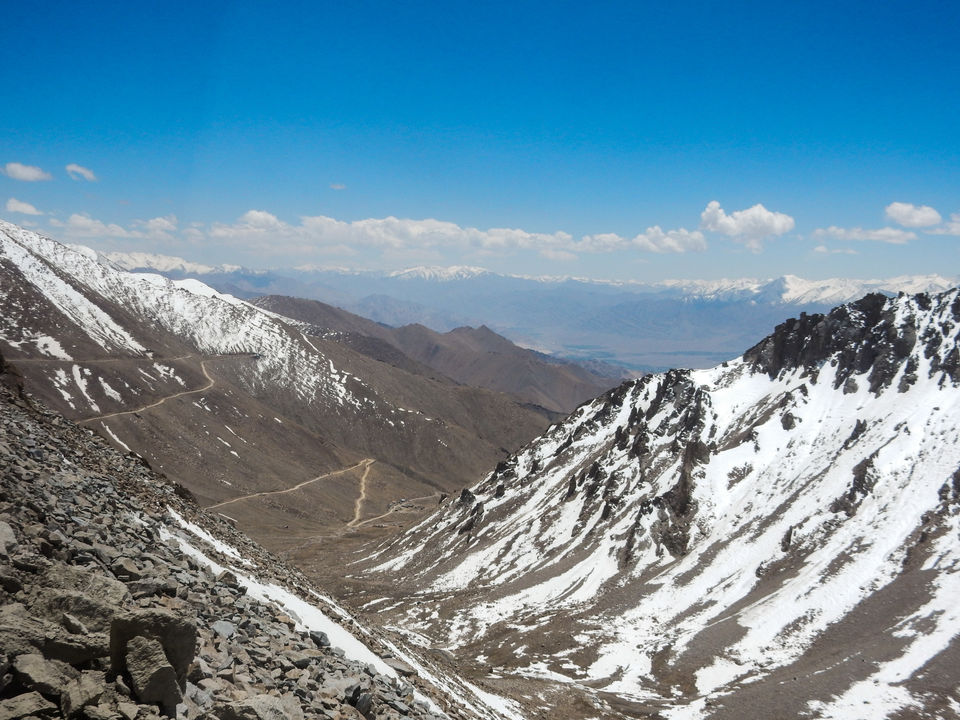 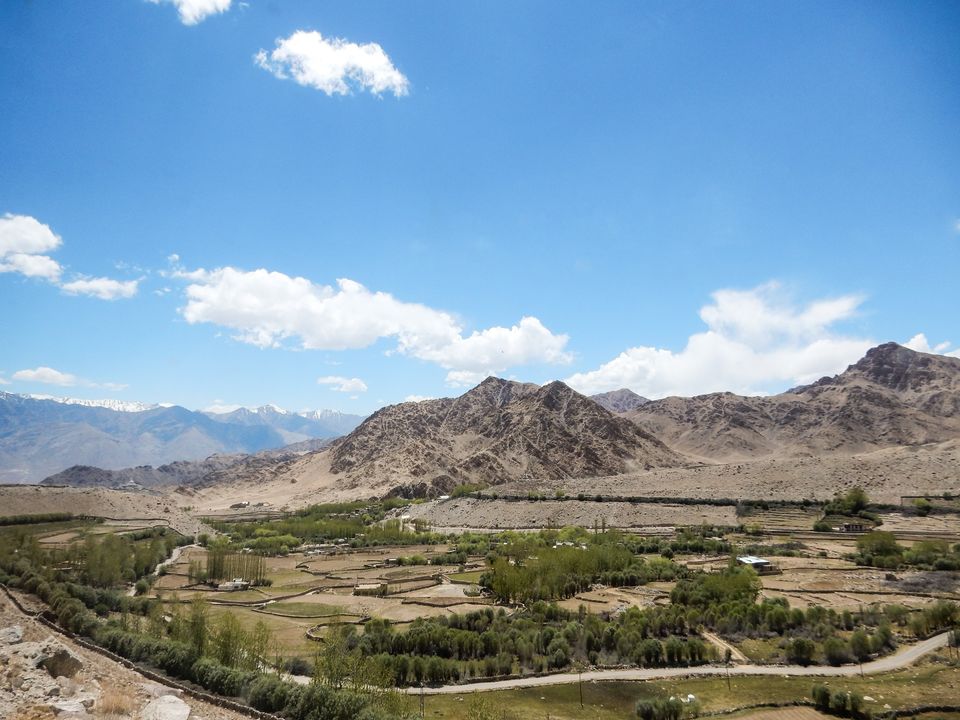 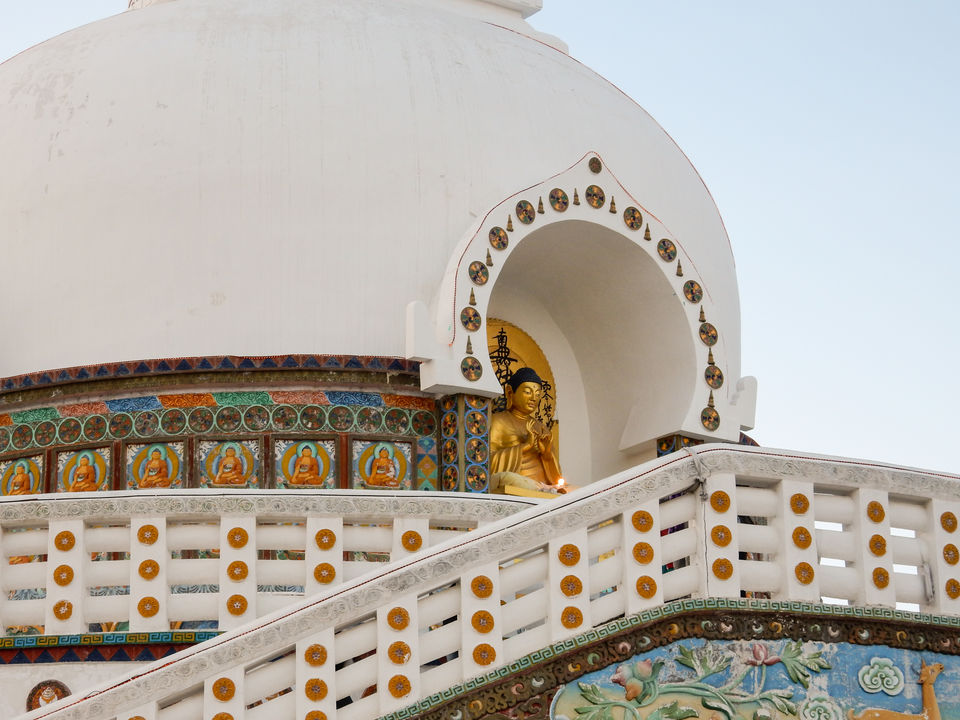 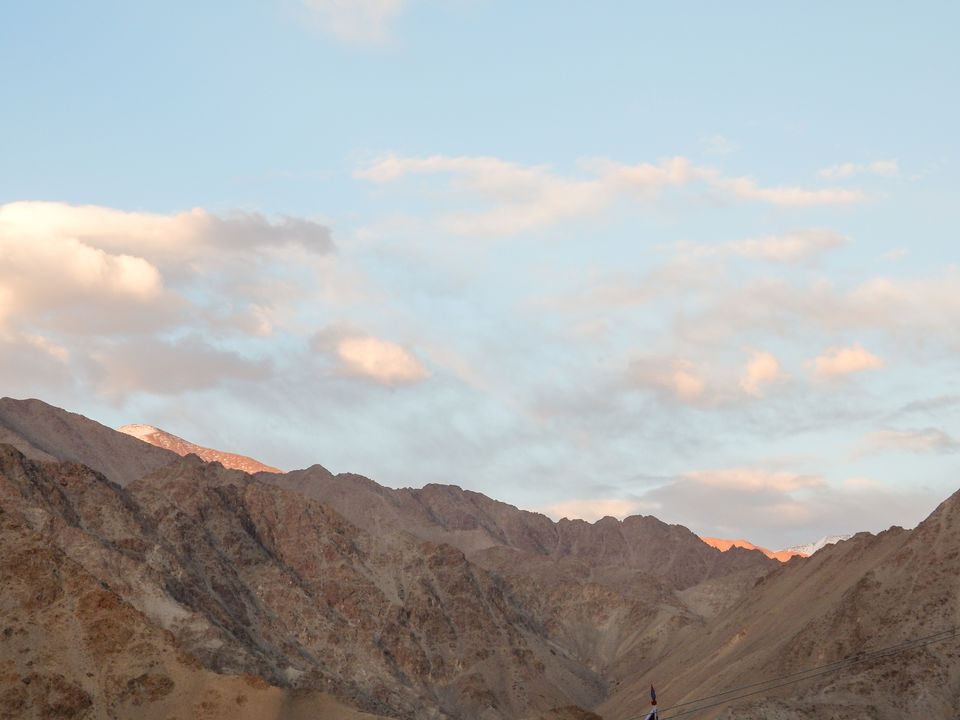 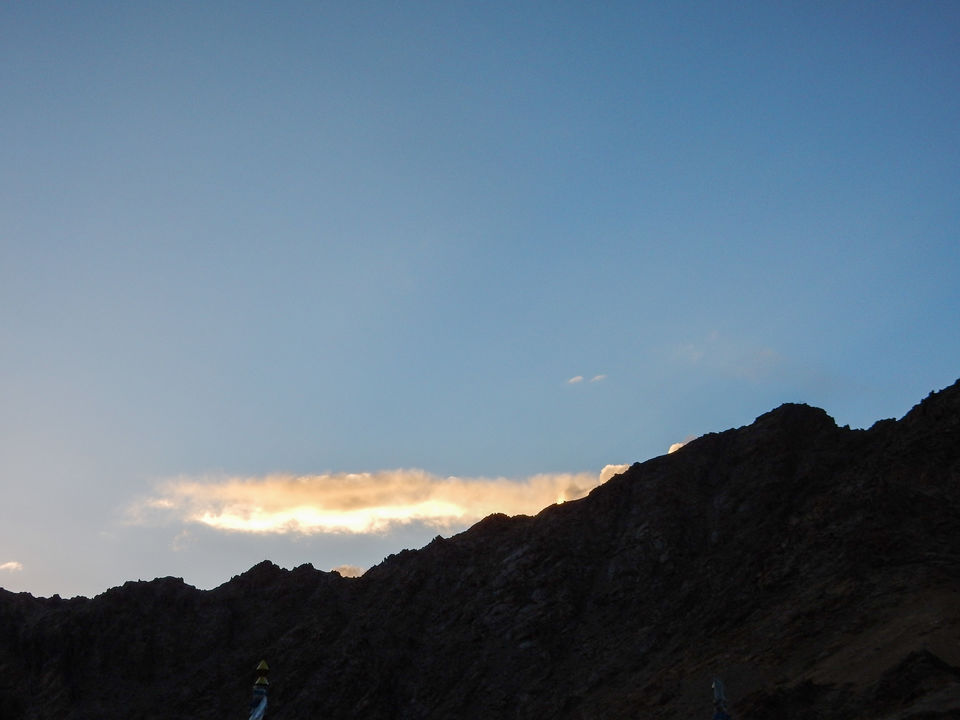 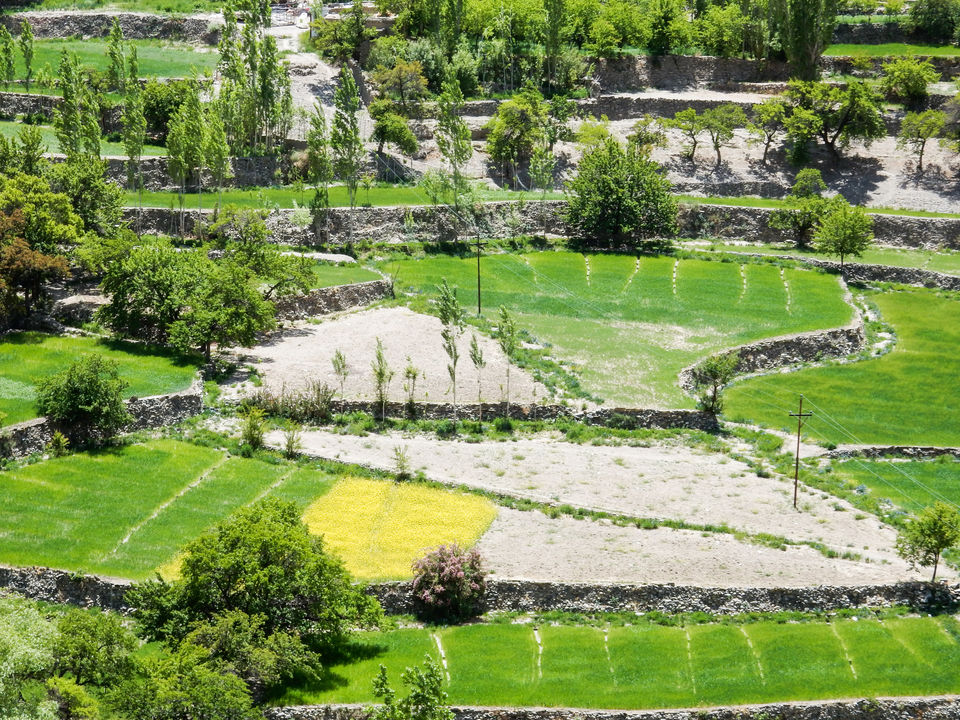 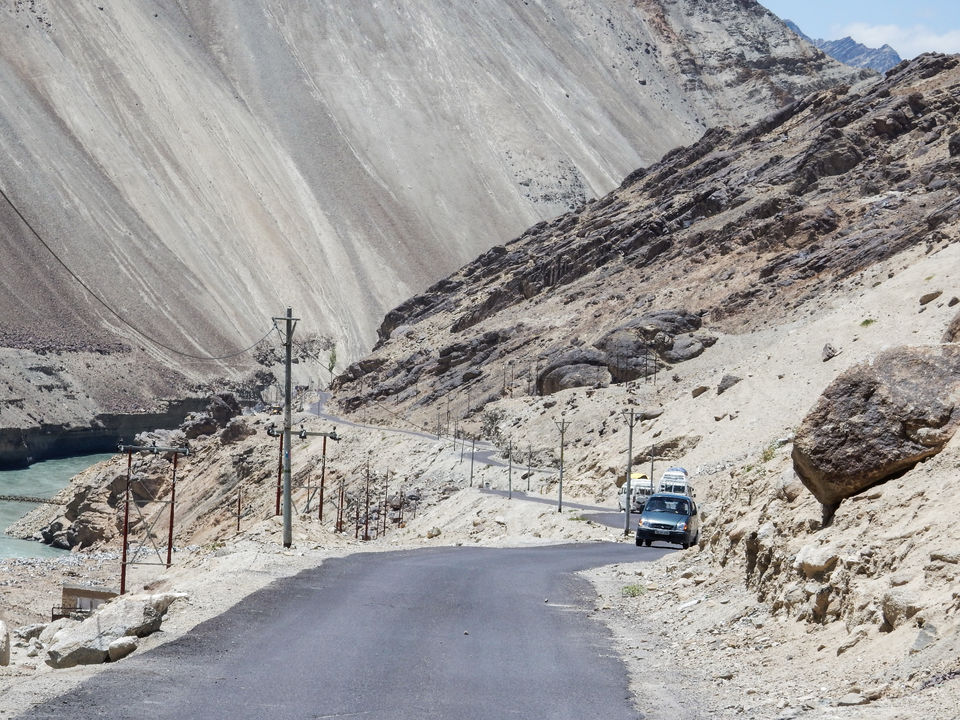 Ladakh is a mystifying land of myriad landscapes and is full of colours. It is a land with a rich culture. It has everything - rivers (Indus and Zanskar), desert (Nubra Valley), snow-clad mountain peaks (all along the way), dry and colourful rocky mountains, plantations and lots more. Then there is some local wildlife - yaks along the way near Pangong Tso, double-humped camels in Nubra Valley and more.

Pangong Tso Lake : A wonderful lake along the Indo-China border (part of which belongs to China), it is famous for the myriad landscape at sunset and sunrise. A night stay is recommended in the fully-equipped tents on the shores of the lake. Electricity is available from 19:00-23:00 only. Advanced booking and permit is required. A perfect place for photographers.

Nubra Valley : A naturally rich valley which passes through the highest motorable road in the world - Khardungla Pass (18000ft), it passes through snow-clad mountains, valleys, waterfalls and has a spectacular white sand desert (known for double-hump camel safaris).

Monasteries : Ladakh is a region which has many ancient monasteries as it is a land of Buddhism. A few famous monasteries are Thiksey, Shey, Hemis, Chemrey, Likir, Diskit, Chemde, Stakna, Stok, Lamayuru, Spituk, Mulbekh, Sani, Phuktal, Shargole, Rangdum, Cave and more.

Gurudwara Pathar Sahib : Located 25 miles away from Leh on the Leh-Kargil highway at 12000ft above sea level, this Gurudwara was constructed in the memory of Guru Nanak and is frequented by tourists and the Indian Army soldiers who are posted in the region. It is currently being looked after by the Indian Army.

Shopping : One can shop for souvenirs in the main market at Leh, as well as at the souvenir stores at all monasteries. Leh market is famous for the Pashmina shawls and other woolens. En-route, one can purchase dried-fruits, dry-fruits and fruits at various villages.

Ladakh is accessible by two roads- one from Srinagar (Jammu & Kashmir) and the other from Manali (Himachal Pradesh). However, both roads are closed from November to May every year due to excessive snowfall and hence the best time to visit Ladakh is from June to October.

Leh is accessible by air as well as by road. It is advisable to travel to Leh by road as it one needs to get acclimatised to its high-altitude climate and hence reaching Leh directly by air is not advisable.

Before you proceed towards any place, verify whether the road route is open or not as there are chances that the road may have been shut because of landslides or some roadwork may be going on.

If you are taking the Srinagar-Leh route, there may be chances of landslides on the Zoji La Pass and this can affect your schedule. On Leh-Manali route, there is a similar possibility on another major pass, Taklang La Pass (the second highest motorable road in the world at 17469ft).

It is advisable to keep climate acclimatisation tablets handy throughout the tour as one can have breathing problems due to high altitude.

The best route is Srinagar-Sonmarg-Drass-Kargil-Leh-Pang-Jispa-Keylong-Manali.

The J & K State Road Transport Corporation (J&K SRTC) operates regular Deluxe and Ordinary bus services between Srinagar and Leh on this route with an overnight halt at Kargil. Taxis (cars and jeeps) are also available at Srinagar for the journey. Groups can charter Deluxe and A-class buses for Leh, Kargil or Padum (Zangskar) from the J & K SRTC at Srinagar.

J&K SRTC, HRTC and HP Tourism operate daily Deluxe and Ordinary bus services between Manali and Leh. The bus journey between Leh and Manali takes about 19 hours or two days with an overnight halt in camps at Serchu or Pang. Maruti Gypsy and jeep taxis are also available, both at Manali and Leh at quite reasonable rates. Manali can be reached easily from New Delhi by an overnight Volvo bus service.