OUR VERY OWN INDIAN-BLUEJOHN CANYON, BHUJ 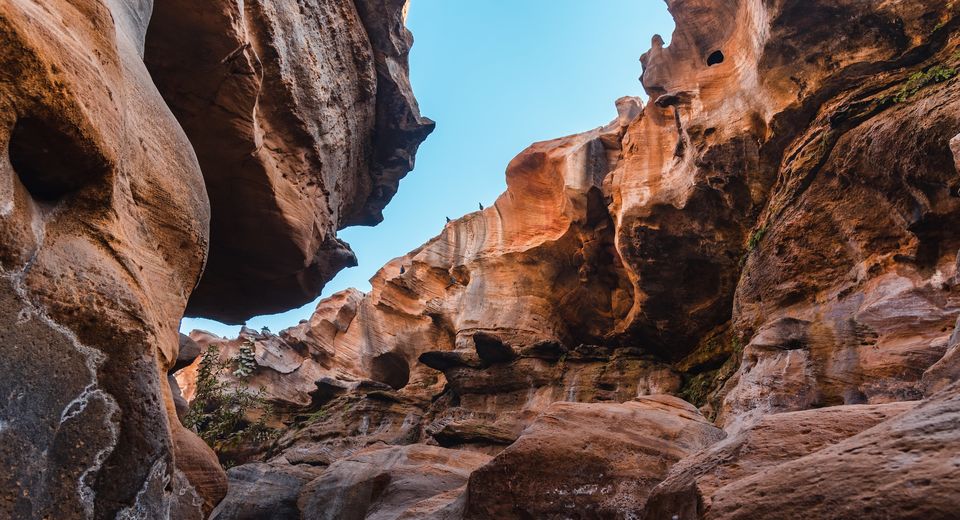 Remember the Bluejohn Cnyon where The movie 127 hours was shot? Heres our very own Indian version of that. I came across this during a trip to Kutch, Gujarat. Located in the middle of no where (in Bhuj) Khari nadi is a fissure formed during the 2001 Bhuj earthquake. Kharii Nadi, now a popular destination for photoshoots and wedding photographers based in Bhuj, is very similar to the Bluejohn canyon in appearance, however, it is significantly smaller in size. 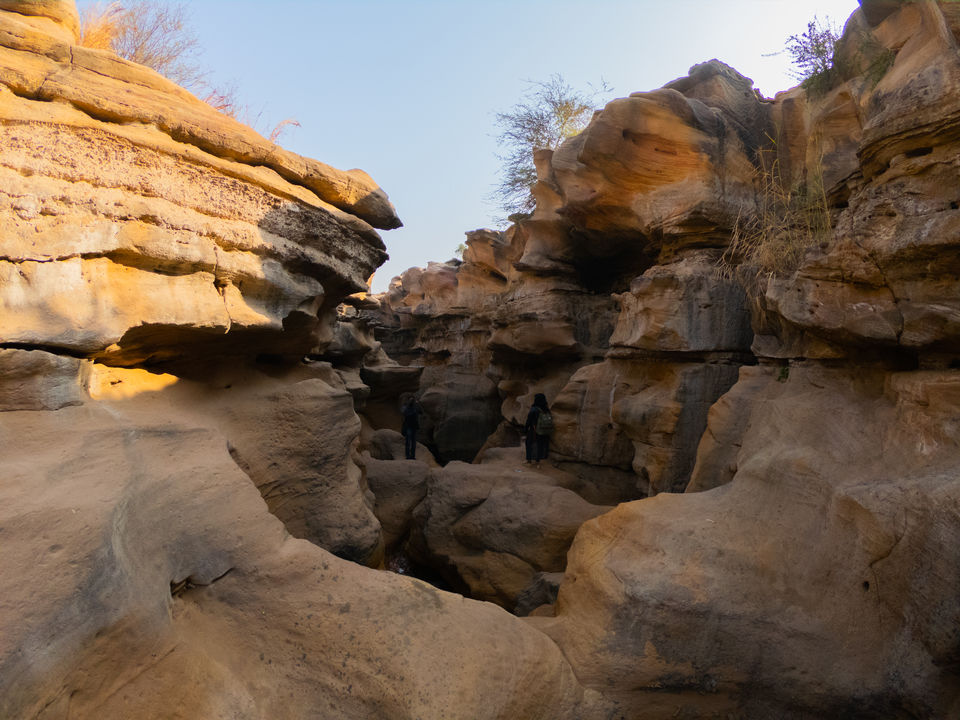 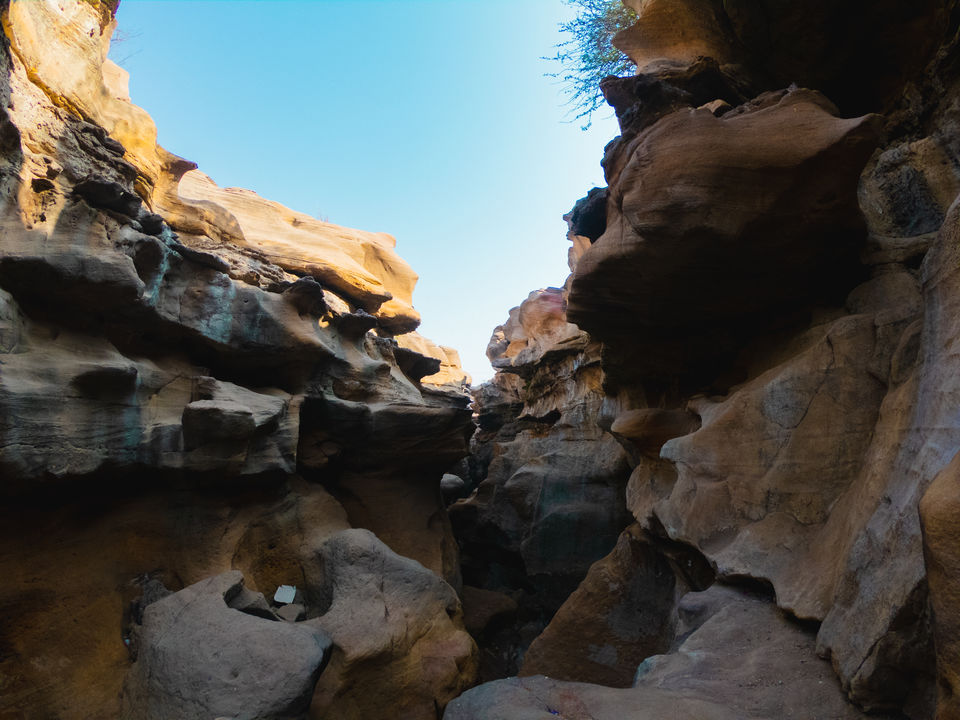 Locating this place was difficult as there are no signs or any direct road which connects this area, even though the road which leads to this destination is also called khari nadi road, this location is easy to miss. One can easily get lost in the arid banks of this seasonal river just by taking a wrong turn. One landmark is a bridge which is located just above it known by the locals as the Khari nadi bridge. Tempo or personal vehicle is the only way to reach there. It is a risky location as rocks can fall anytime so I would recommend you to be very alert while visiting this place. Do ware shoes with good grip as the rocks can be slippery.