France Travel GuideFrance TripsParis; How Eiffel Tower Underwhelmed Me And Disney Overwhelmed Me!

As a part of my Europe trip in April 2018, I visited Paris. Major confession. The only reason I included Paris in my itinerary of London, Amsterdam, Bruges, Brussels and Paris was because Disneyland duhhh.

We reached Paris on train from Brussels. It was a direct, eusostar train and the journey took around 2 hours. The journey itself was uneventful and I hardly remember anything.

But our troubles started the moment we stepped out of the metro station. The sim which we took in Amsterdam was not working because of some settings problem. So we had no internet, only the hotel name to ask for in a foreign language for the French.

Husband and I struggled to ask various people the directions to reach our hotel and many people tried to help us but our French skills are nonexistent and their English skills only beginner level. Finally we found a bus driver who told us to catch a particular bus number. We did precisely that and somehow ended up at our hotel thanks to husband's weird yet correct sense of direction.

We stayed at Hotel Lautrec Opera in Paris's 2nd arrondissement. It was an ideal location as per me as it was within many eatouts and metro station.

The bus initially dropped us near the Siene river cruise starting point and we joined many other passengers to sit in the boat to cruise along the river. Here is my frank opinion. It was hot, sunny and the boat was crowded. If I had an option, I would have preferred some upgraded less crowded setup. But the view is amazing nevertheless. You get to see Eiffel Tower in distance, beautiful bridges and the famous Notre Dam cathedral.

After the cruise, we got into the bus again. It was time for the evening tour. The city looked magnificent in the evening lights and as we sat in the bus touring us we could see the Eiffel tower in distance, Paris eye ferris wheel, and exquisite architectural monuments. I might have dozed off on husband's shoulder too. Hey it was a long day in my defense!

And finally it was time for us to see THE EIFFEL TOWER (that's me screaming). We had the 10pm slot booked. The crowd and queue was manageable as our tickets were pre-booked. Our guide gave us 45 minutes and asked us to be back in the bus by 11pm max else we have to go to our hotel on our own.

Husband and I clicked the mandatory selfies, some standalone pics and proceeded to the 2nd level of the tower. My honest opinion again. I was not exactly blown away. It was like any normal view from a tall building. It was more of a checked off the list kind of feeling for me. Husband agrees.

We didn't even bother to linger around as we were content with the 10-15 pics we clicked. 15 photographs at the eiffel tower you crazy lady you say? Meh, I say.

We then went back to our bus which dropped us near our hotel. We had our dinner in McDonald's (cheap and best) and then reached hotel and called it a day. 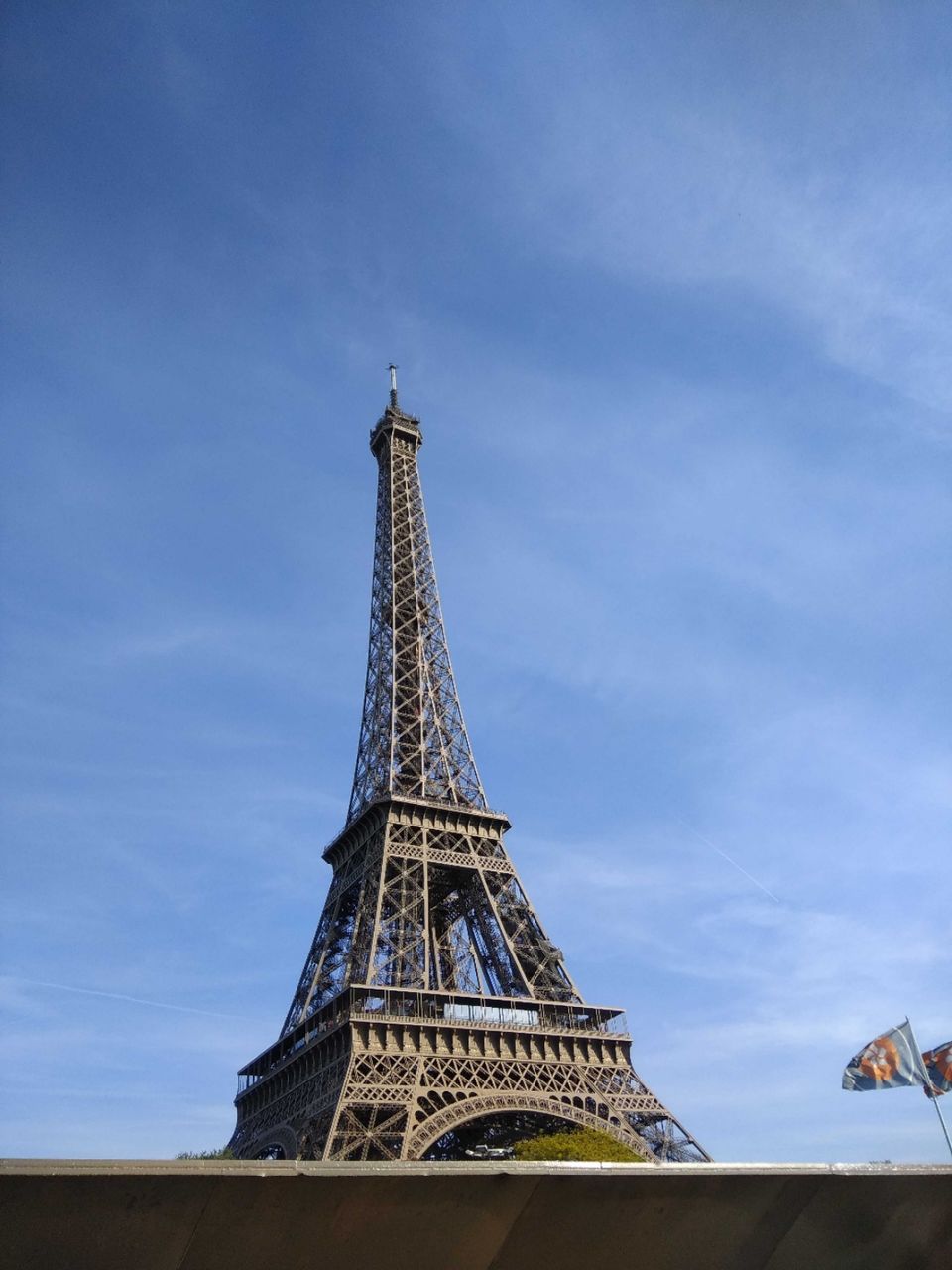 Husband, me and Eiffel Tower 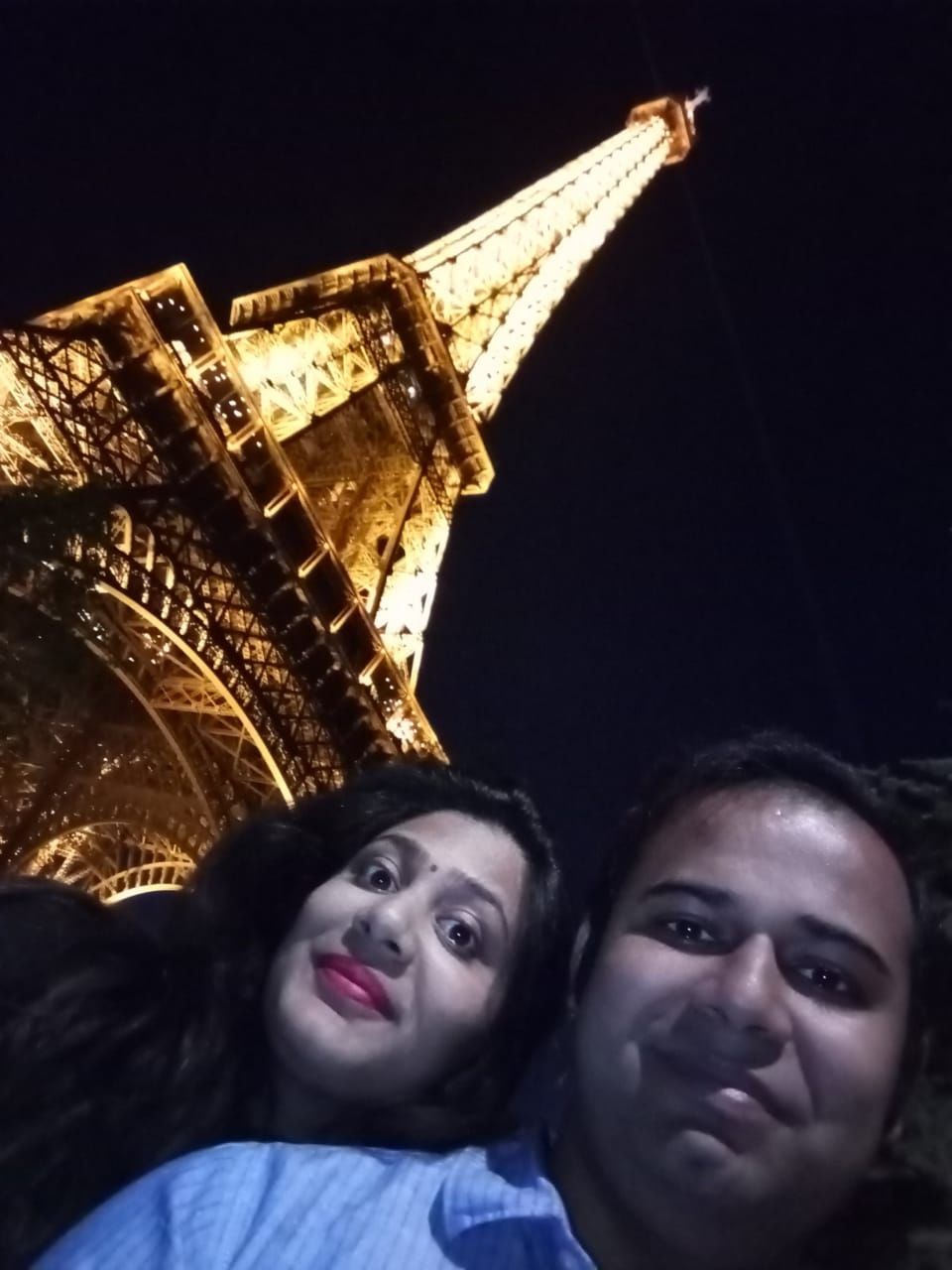 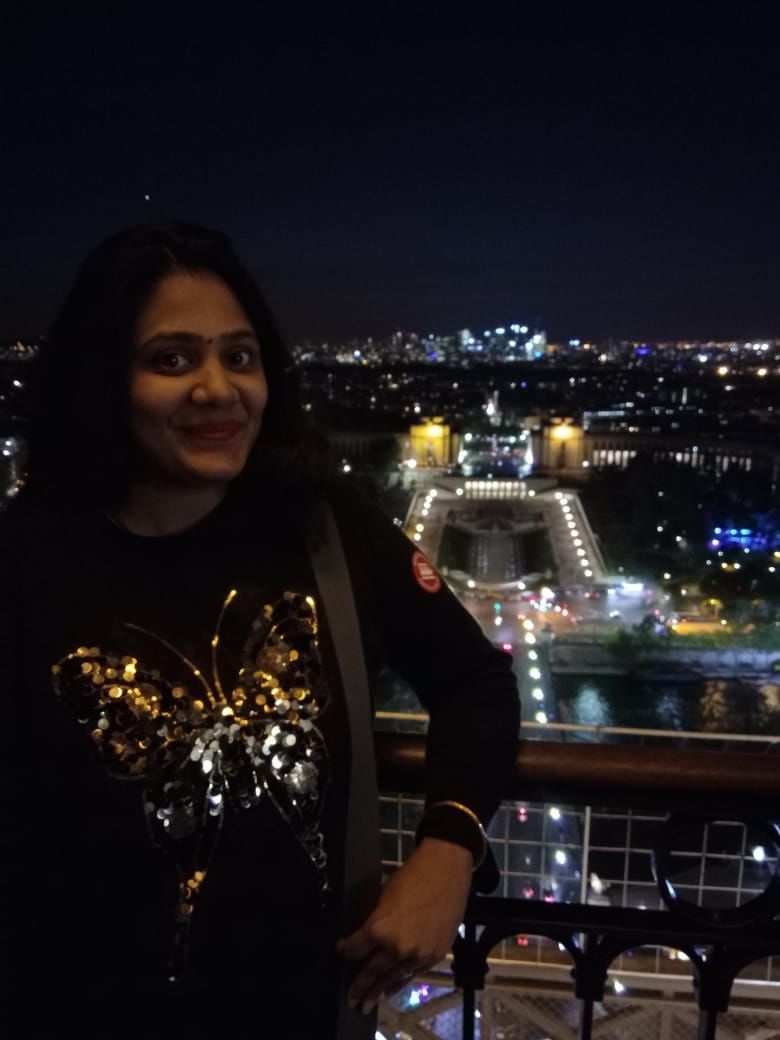 Siene river cruise. With the crowd I told about. 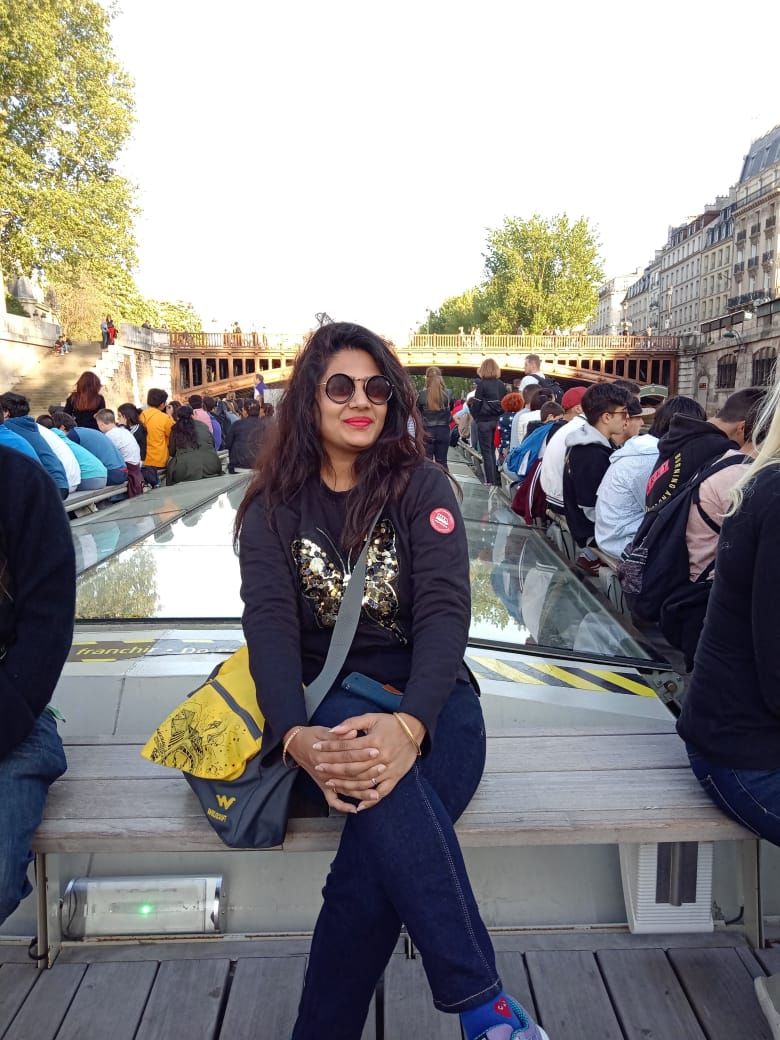 Wake up wake up, it's Disneyland day!! I scream at husband like a possessed crazy woman. We had shuttle bus booked along with the Disneyland tickets and the bus stop was 10 minutes walk away from our hotel.

We reached the stop and waited for the bus to come. It came around 8.30AM (scheduled time) and we reached D-Disneyland within an hour. This was my second visit to Disney park (my first was Disney World, Orlando) but was first for husband. I was excited enough for both of us. Husband was stoic as usual.

Our driver asked us to be back at the bus by 8.30pm and that they would only wait for few minutes and shall leave in case any of us were late. Oh these late people na, I mutter grandly to husband. Little did I know I would be those late people I rolled my eyes at. Karma I tell you.

After picking up the map and ordering husband to understand it and prepare a plan, I skipped around like a happy bunny. I was in my happy place. I grew up with Disney stories and it was a bliss for me to be surrounded by all that.

It was a rush after that. Space mountain, Peter pan, dumbo, carousel, Buzz Lightyear were few of the many many rides we managed at the Disney park. We opted for single park although two in a day are completely doable. There are various food options as per your budget but you should hunt them on your map. My map person was the best :-D

After a fun-filled, action packed day and when my feet screamed at me Madhuri enough of this torture, we slowly started our way back to the exit. When we passed a gate and came outside, we realized it was not the same place where our bus was parked. I panicked. All thoughts like mom is correct, shouldn't have laughed so much, now we will miss our bus, we have to spend a fortune to travel back to the hotel started racing in my mind.

We asked many people but somehow no one could guide us correctly except for that God sent Radisson hotel shuttle bus driver. He actually put his bus on hold, came out and pointed out in the direction we were supposed to go. It was already 8.50pm then. We ran. Ran like a dozen of dogs were chasing me (I'm terrified of street dogs). Who am I kidding, I sent husband running while I did my best to fast walk. And. We. Made. It. In the nick of time. The bus driver was just waiting for us and started immediately when we reached. Phew.

Again we got down at a stop nearby to our hotel and had food in McDonald's. The dinner I had back at Disneyland digested long back when I was busy chasing our bus. Went back to hotel happy as a clam and slept. 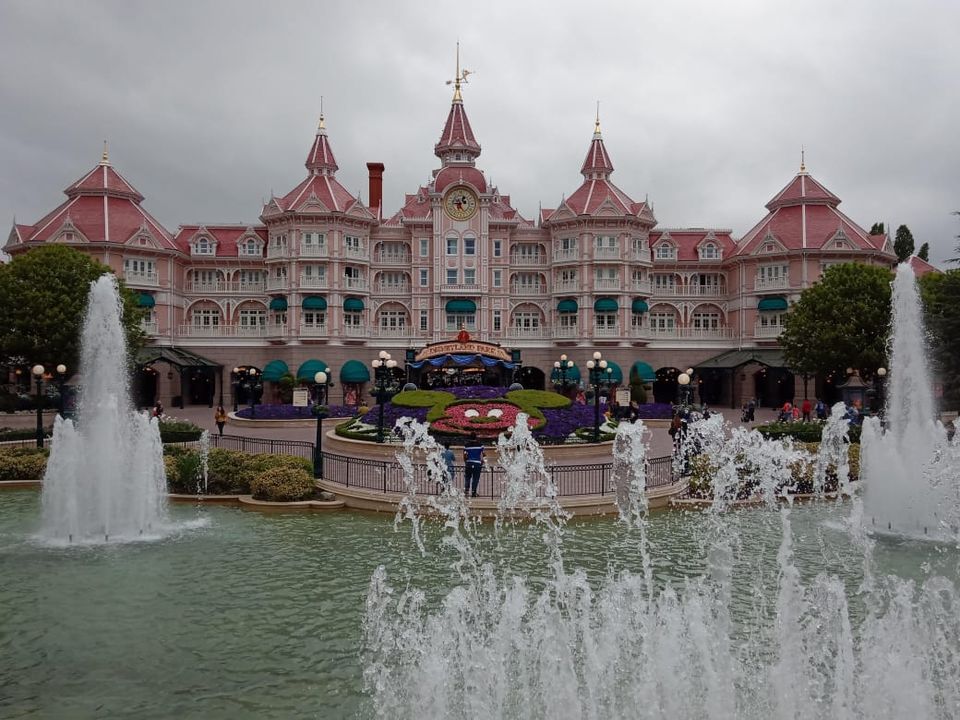 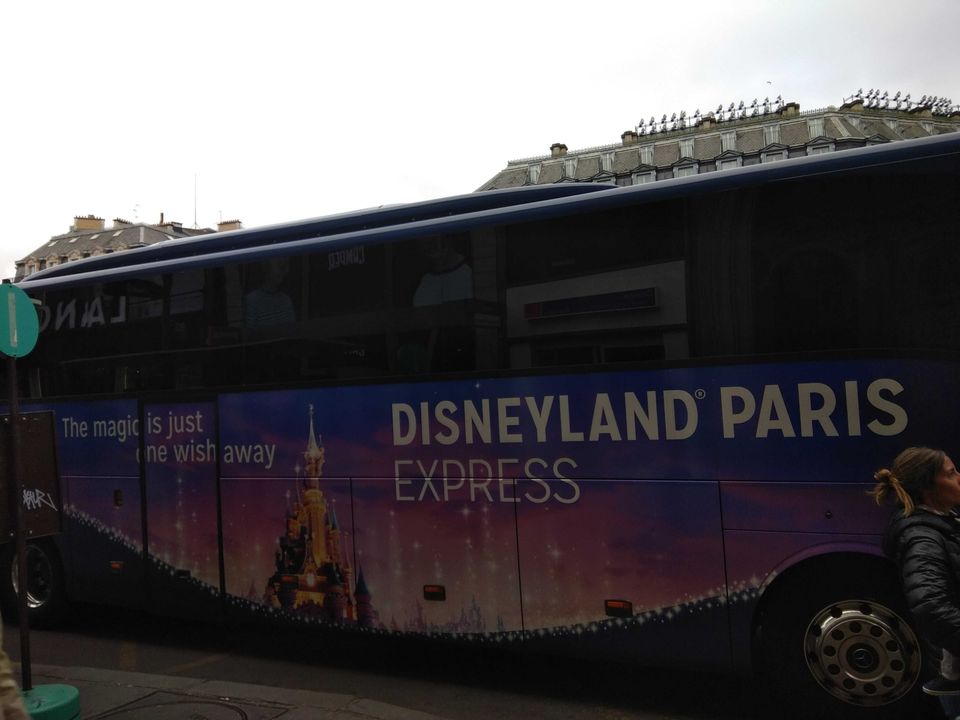 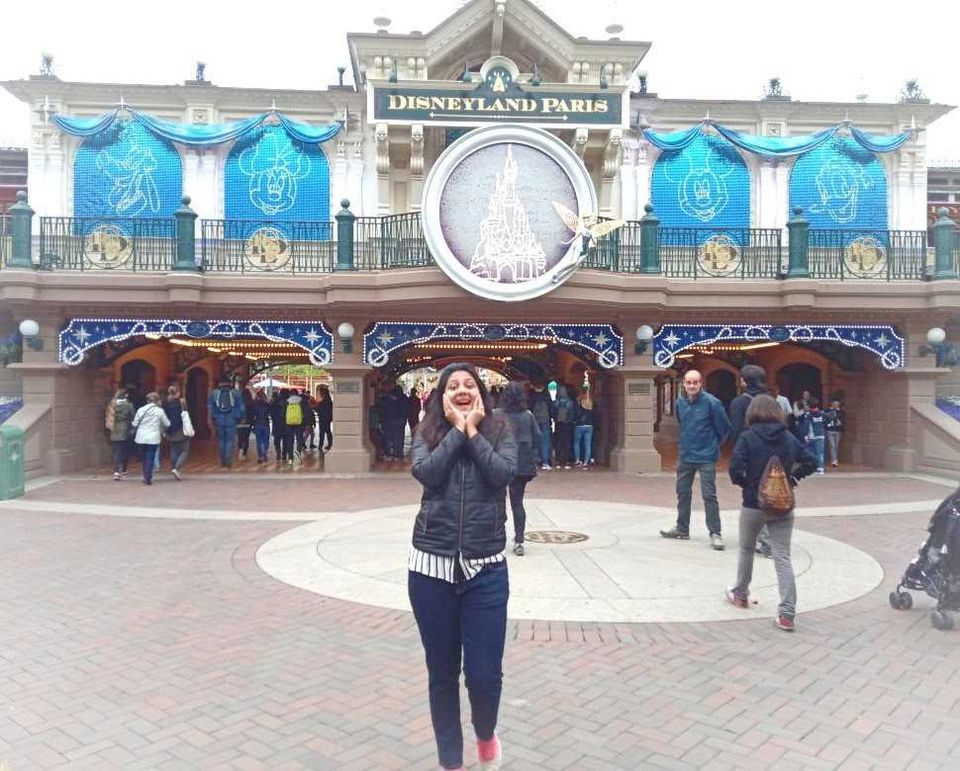 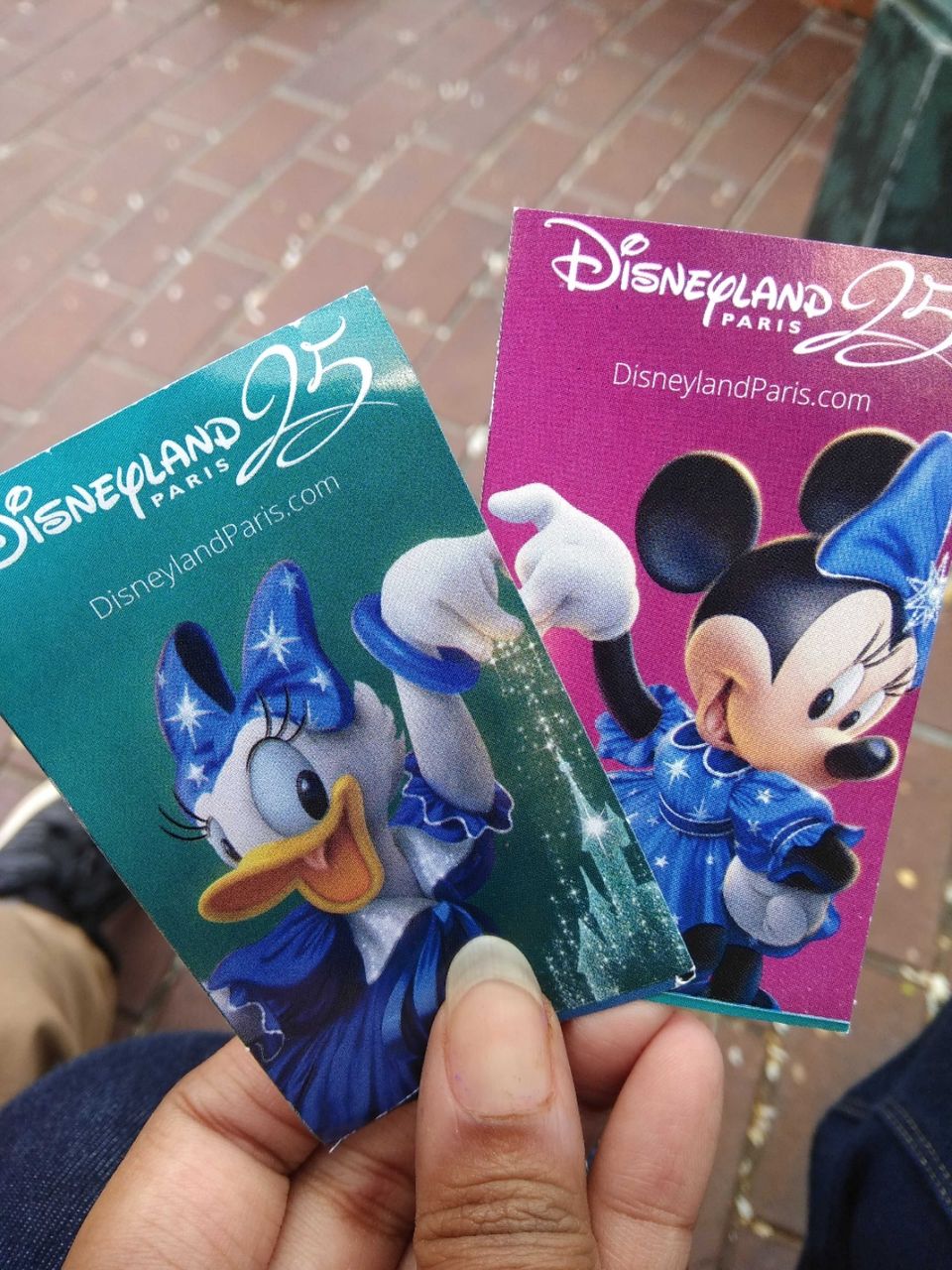 Me being the drama queen! 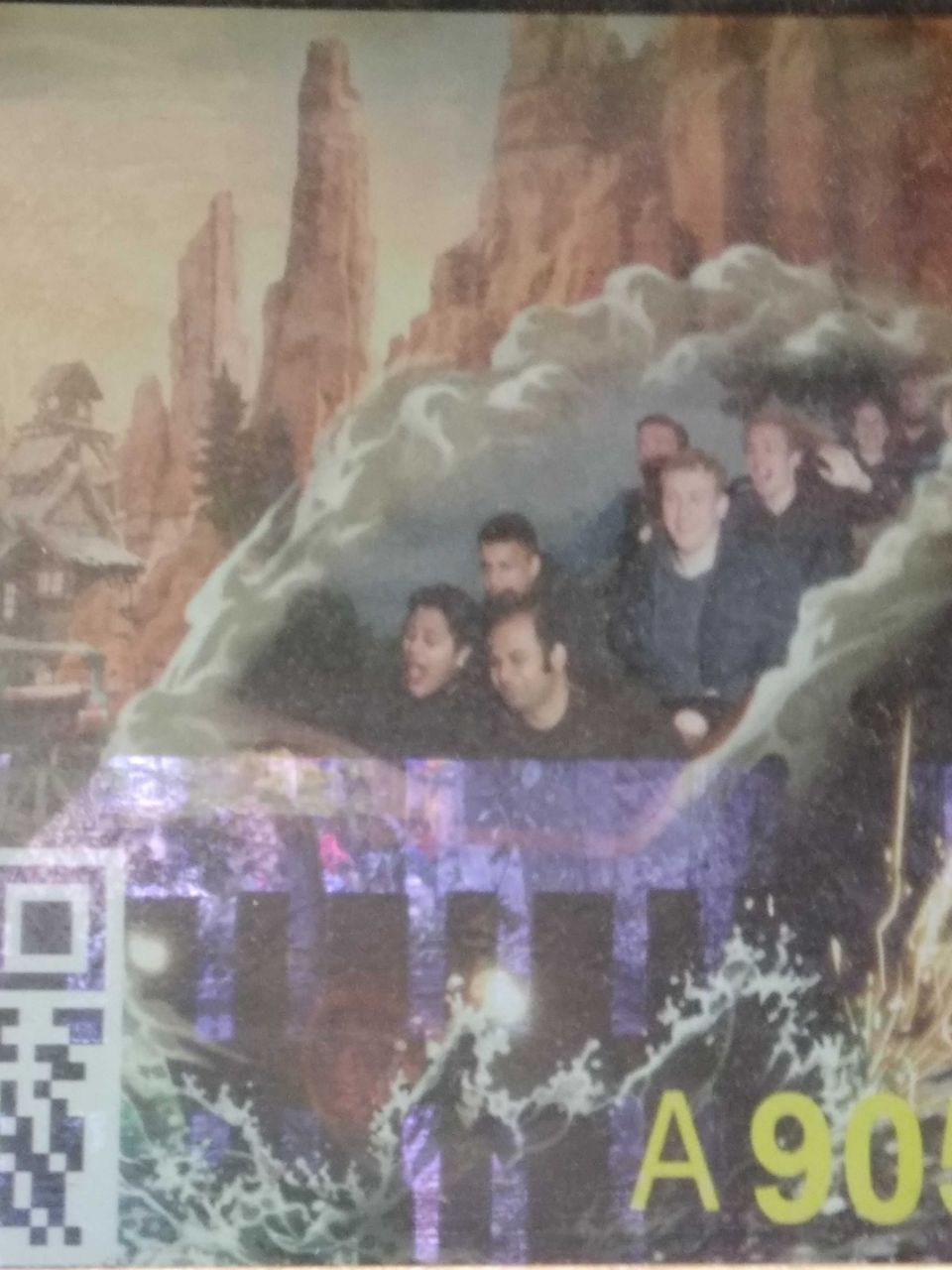 I woke up with the feeling of dread we all face when it's the last day of our holiday. Technically there is a day more but that's just for traveling so doesn't count. I brush the feeling away determined to make most of the day. Had breakfast in the hotel and then proceeded for the hop on hop off bus tour.

We were booked for the big bus hop on hop off. We visited outside of the Louvre Museum. Didn't go inside to see Monalisa because 1. So expensive 2. Husband and I are not exactly art persons. Clicked some photos near the glass pyramid, the usual touristy stuff.

We then saw Notre Dame Cathedral. It's a magnificent Church with amazing architecture. Heck, all the European churches are so beautiful. We then had lunch in subway where I had the tastiest macdemia nut cookie. Why don't they have that in India? Sob sob.

We then did some souvenir shopping (mostly fridge magnets, I want to fill my fridge with each magnet for all the countries I visited) in the cathedral area itself. Walked around aimlessly for a while and completed the big bus sightseeing.

As I was tired (read depressed), we went back to the hotel for a nap. We came out for dinner and guess what, we exactly had 30€ cash left on us, an Amex credit card that's only accepted at certain places. We were ultra stupid to have forgotten to enable international transaction in our hdfc credit cards.

Finally had dinner at a Vietnamese place. Had to pay 25€ cash and we were left with 5€ precisely. Good thing we had cab to airport booked for us the next day so we retired to the hotel.

When I gave up the standard pose and went for the easy one! 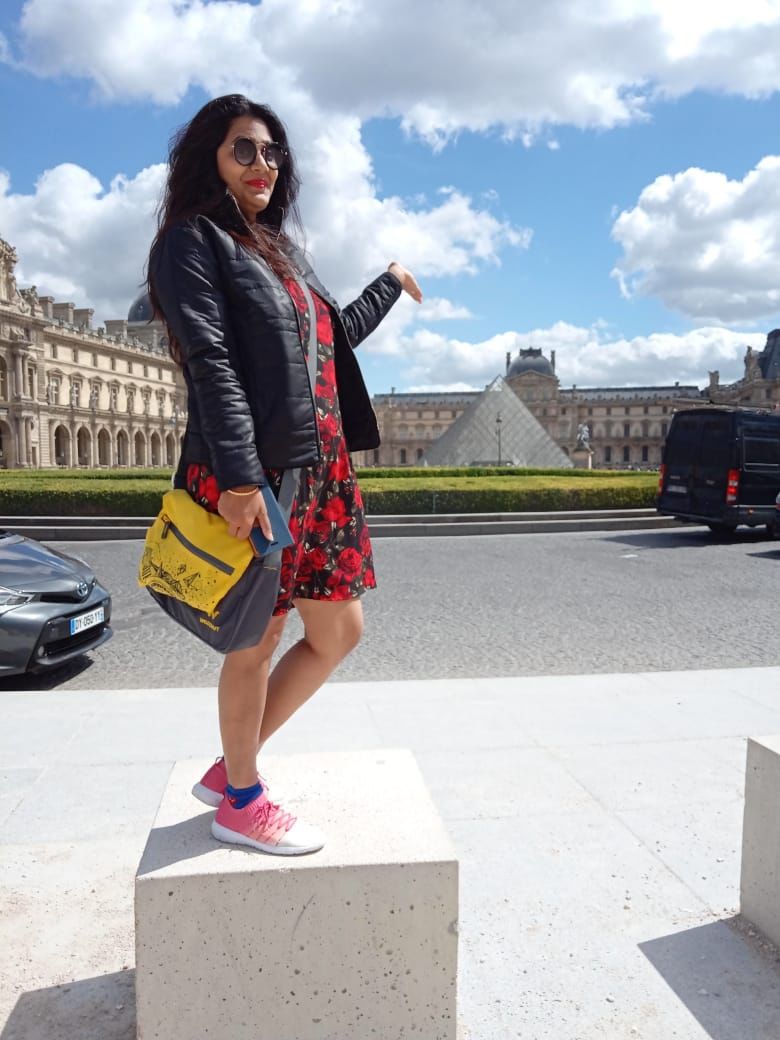 Inside the Notre dame cathedral 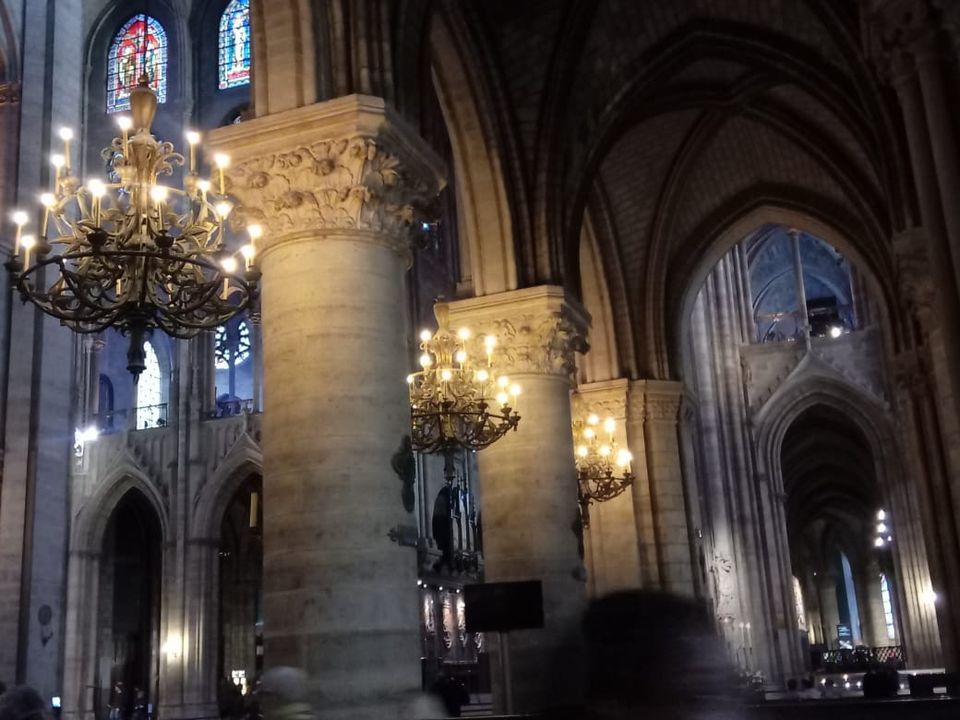 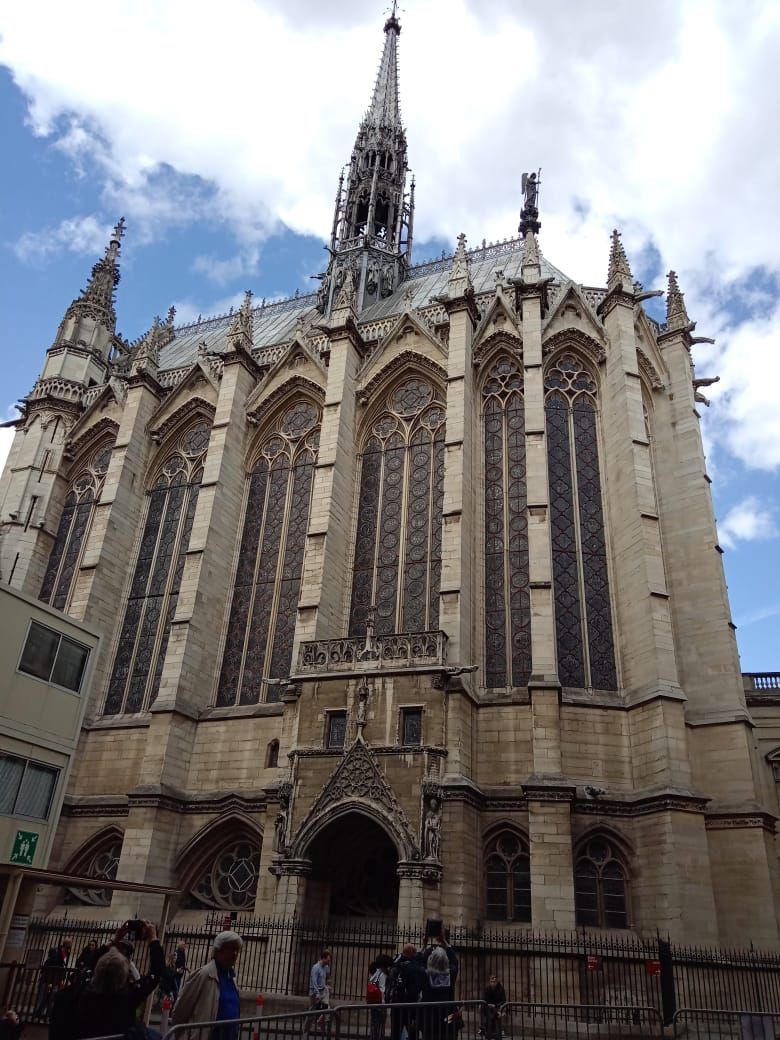 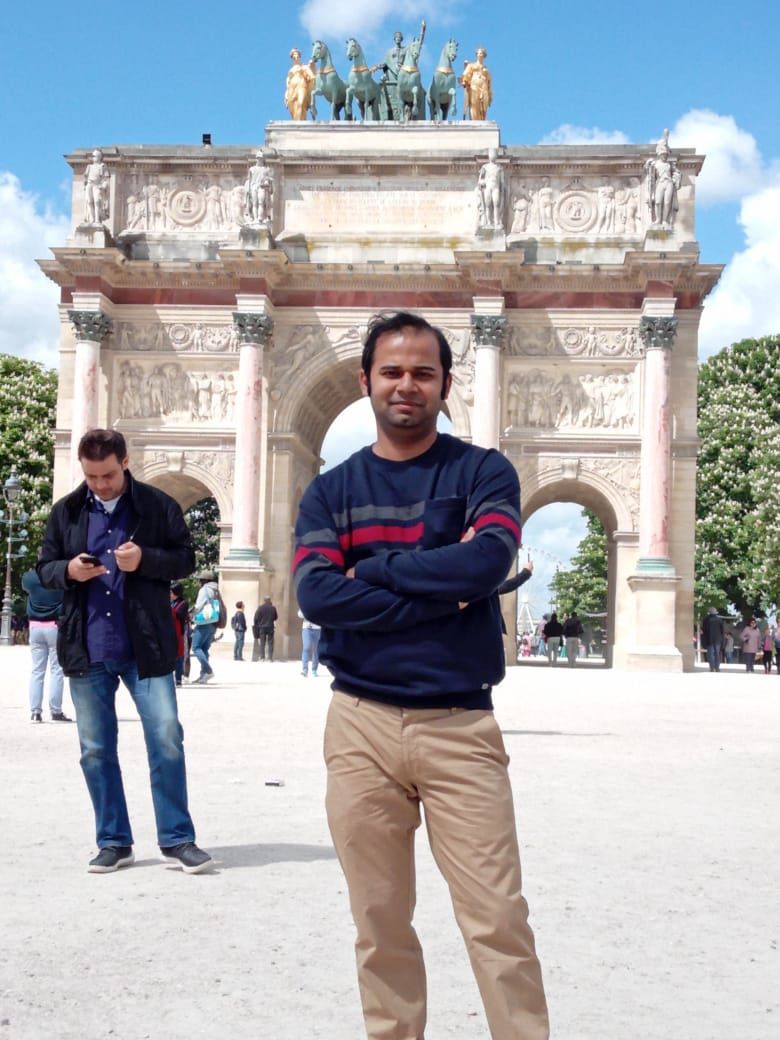 The one with glass pyramid 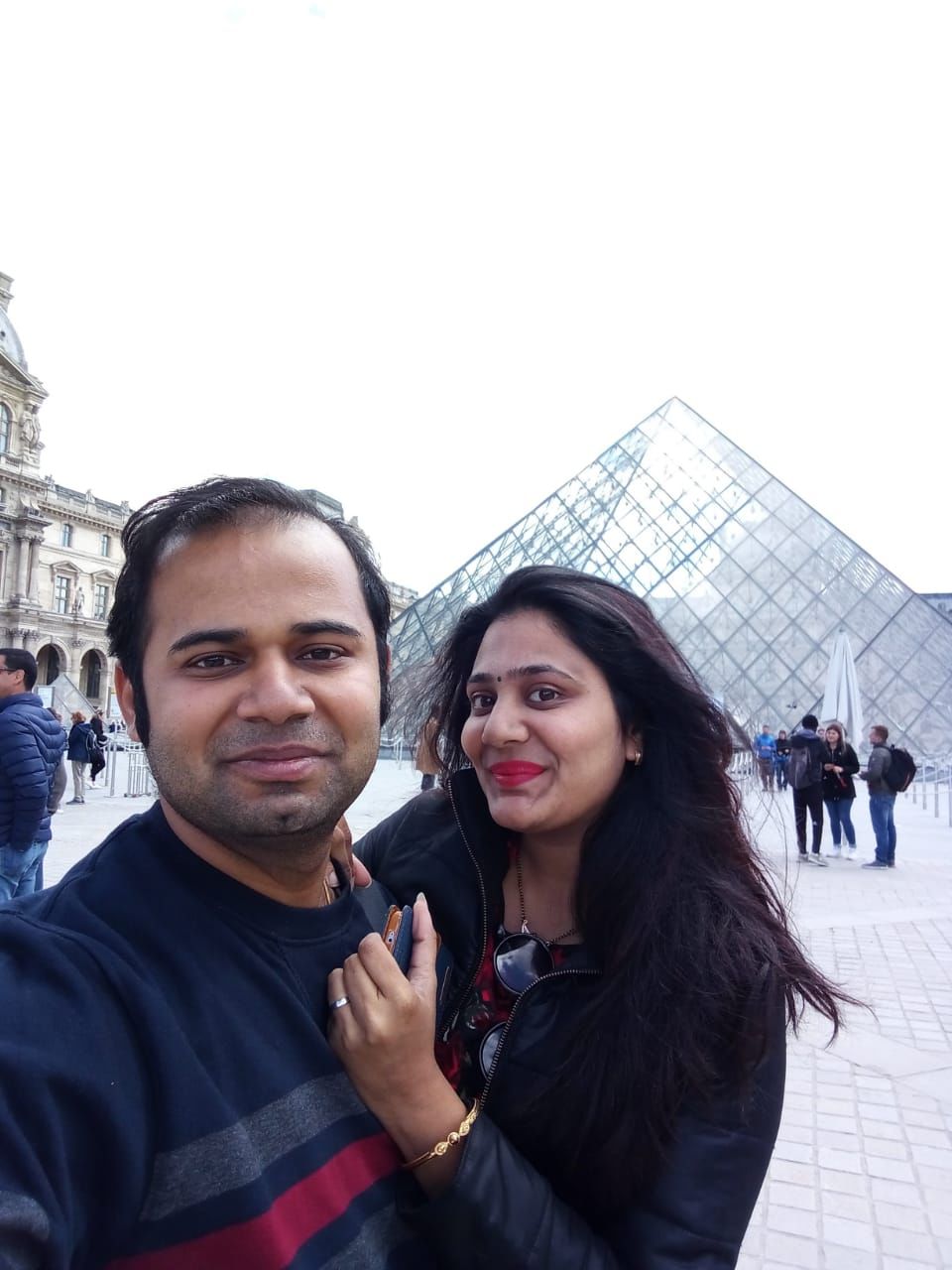 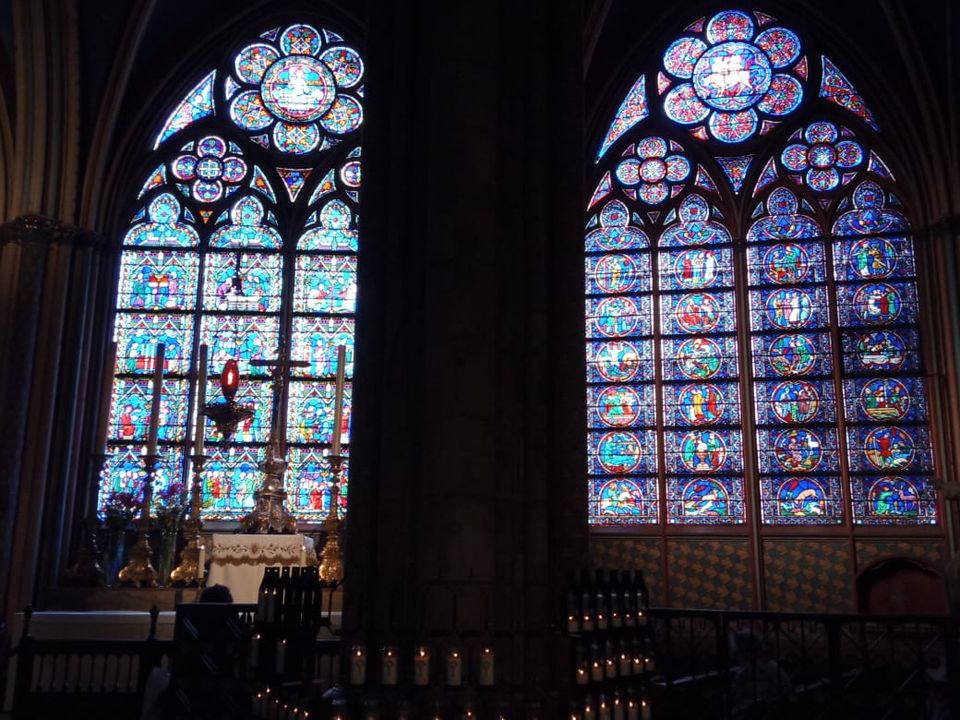 What did I do on this day?  Took a nap again in the cab, reached airport well within time, filled a survey for some airport employee and sat in the flight to fly back home.

End of an amazing Europe trip. Our pockets were lighter but our hearts were definitely fuller, and phone memory too!

Whaattt? You didn't faint out of happiness after seeing Eiffel Tower? Sorry to disappoint you guys but hey it's better than those Japanese tourists going into depression after seeing Monalisa right? (Google it if you have no idea what I'm talking about).

Anyway, to sum it up, Paris was enjoyable, as enjoyable as any other European city but all the more for me because of Disneyland!