Sisters Before Misters: Why I Prefer Travelling With My BFF Over My Boyfriend 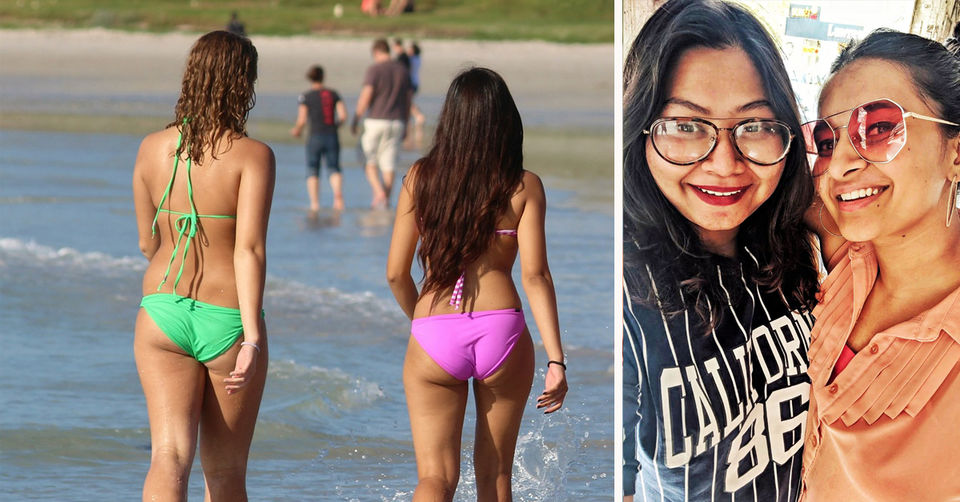 The first time I went on a trip with my boyfriend, it was like an episode on Bigg Boss. There was shouting, fighting, name calling and just a whole lot of drama that we didn’t even know we were capable of. To an extent that we thought we would have to break up if we ever travelled together again. We’ve become better since. But I somehow can never find the same level of comfort with him that I have with my best friend. With her, my mind is at complete ease and I don’t have to worry about anything besides having fun. In fact, when I think about it, there is so much I like about travelling with my best friend that I wouldn’t like to give it up for any other relationship. Here’s why:

We make the perfect team

We’re like yin and yang–perfectly in sync and never out of balance. We fit together like pieces of a puzzle and we understand each other without even speaking. Sometimes people end up thinking we’re siblings! This level of balance can be achieved with no one but her.

We know how to take the best photos of each other

I’ve never quite been able to put a finger on why this happens, but my bestie always ends up taking the best photos of me. And I apparently do the same for her. When we’re together, it’s an Instagram riot. And with just one trip I can end up getting content for the entire month. One of the major reasons why I always want to travel with her and no one else.

We have deep, meaningful conversations

Somehow the kind of conversations I have with my best friend, I can’t have with anyone else including my boyfriend. We can talk about something as silly as our poop schedule but we might just as easily end up discovering the reason behind the world’s existence.

There’s no pressure to be perfect

One thing that annoys me when travelling with my significant other is this facade that needs to be kept up all the time. There’s this pressure to be “on” or amiable all the time. There’s no such pressure with her. I can be completely myself and at ease with everything around. I don’t have to care about how I look or what I’m wearing.

After my first trip with my boyfriend, we had seriously contemplated breaking up because we thought we were not even the least bit compatible. And it was a genuine fear. I’ve never had to face that with my BFF. Even if we have tiffs, we know we are going to be by each other’s side at the end of the day. And that kind of reassurance doesn’t come in too many relationships.

She understands me better than I understand myself

Since we’ve been pretty much joined at the hip since the moment we met, we’ve basically morphed into this one entity. She knows of all my quirks, needs and desires before I even speak and I know these things about her. Sometimes when I am confused about something, she will know the exact reason why.

We’re honest with each other

I never have to lie to her to protect her feelings – something that often happened when I was travelling with my boyfriend. If I don’t like something, I can be forthright and I don’t have to worry that she’ll get upset with me. The same goes for her. It’s not like we have very similar tastes in things and people, but we understand this difference and respect each others’ decisions.

We can talk openly about money

I think when you’re travelling with a significant other, there’s an added pressure of being nonchalant about spending even if you don’t want to. Being conscious of your budget or budgeting your trip separately might lead to hurt feelings or arguments if not done properly. There’s no such problem with a best friend. At least there isn’t with mine. Just like every other thing, we’re honest about money too. There’s never an issue when payments need to be made. We’re considerate but also practical. And it’s the perfect balance.

My need for downtime isn’t compromised

This is such a big plus when travelling with my bestie. Even though travel in itself is a relaxing activity, there are times when I need to shut myself from the world and just be in my own company. If I’m travelling with my guy and I do this I will have to deal with him getting concerned about non-existent problems. And he might just end up taking the whole situation personally. With her on the other hand there’s no such problem. We know that even if we want to spend time apart during a trip, it has nothing to do with how we feel about each other.

Drop me a comment if you relate with this! And if you liked this piece, you can read more about travelling without boyfriends on Tripoto. Don't forget to share your personal stories on Tripoto.