Our journey to Sunderbans started on 28th of November'14. A pick up from Calcutta was arranged for us. Driving through picturesque West Bengal, it took us around 4 hours to reach the village beyond which no vehicles were allowed.

We had to walk a bit through a local village. A boat ride followed by 20 minutes of short tempo ride with the locals, in the middle of no where. We were on our way to Godhkhali jetty with no street lights. This was the starting point of the boat journey, which took us to a serene backpackers eco village mud huts.

It was situated on a small land on Ganges delta which was bought by two brothers, who also happen to manage the whole place which included the pick up from Calcutta.

As we got down from the boat it was quite dark and the only melodious sound we could hear was a bunch of local folk singers who were entertaining other travelers, already settled for the night at the village.

I was thrilled by the folk music session as it washed all the tireness away.

They served delicious vegetarian and non vegetarian options for the guests which was a part of the package.

Later in the night we began our two hour boat safari, which was quite a captivating experience of a lifetime for me.

The next day, we started quite early in the morning for the day boat safari as our stay was limited. Breakfast , lunch and snacks were prepared and served on the boat.

"There is a pleasure in the pathless woods, There is a rapture on the lonely shore, There is society, where none intrudes, By the deep sea, and music in its roar: I love not man the less, but Nature more" - George Gordon Byron

The whole day was well spent on the boat, capturing some great moments around the Mangrove forest. 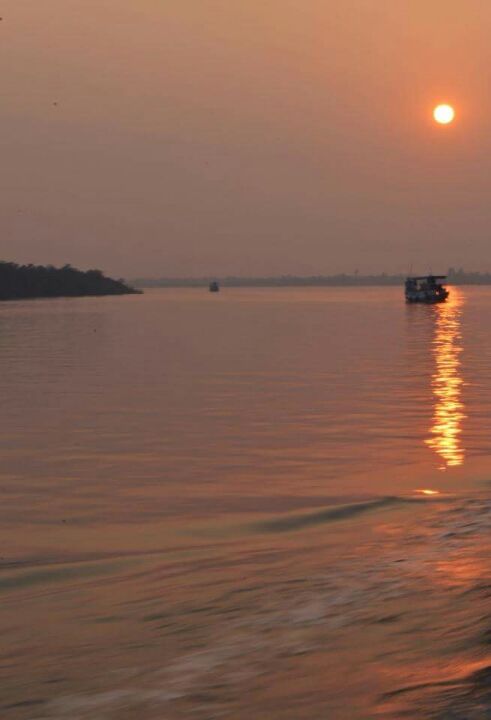