2To The China Border. 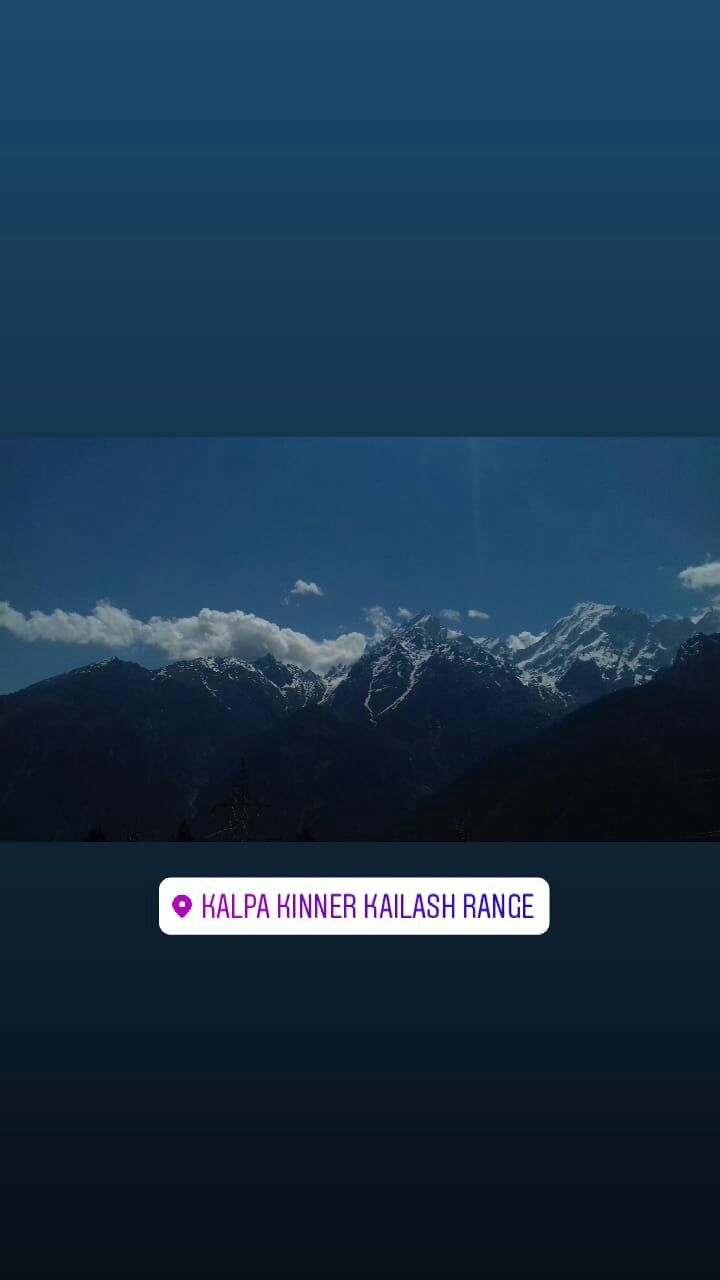 I started today in the morning ar 6 am. It was a beautiful sunrise and i packed all my stuff ans was ready to explore  the upper himalayas.

At 8 am i reached theog and met my partner and we started the journey. We had our breakfast somewhere between theog and narkanda . We decided to visit the Tani jubbar Lake. The lake was so magnificent and majestic  it was situated at a great altitude between dense deodar forests.

We headed back to narkanda as the lake was around 12 km from narkanda. We were back on the track and were on our way to rampur

As we reach rampur it was already 2 am. So we didn't stay in rampur and started towards kinnaur. Though it was tiring but the views took it all away.

The road was dangerous there was no boundary wall throughout the path. We were already driving on a great height and just what we wanted there was a landslide, JCB  took around 1 hr to clear the road as the road opened we entered kinnaur district , and my favourite part through the whole trip The indo- tibetian road. It was one of the most dangerous roads i have ever came across.

We had our lunch at a local dhaba. We were already late because of the landslide and then we started towards kalpa on the way we booked a resort (The Wild Monk ). We started ascending towards reckong peo as we reached reckong peo the temperature dropped to 12 degree. Then we took some eatables for the night. As we were ascending towards kalpa the sun was already set and the snow covered mountains were all orange, and the temperature was 8 degree something.

At 7 we reached the resort a total of 300km in my car from morning 6 am i started and by evening 7 pm i reached. The roads after rampur were the best roads i have ever came across.

We were hell tired and took a nap in the tents.
We had our dinner then went to dark place to stargraze under the clear night sky i saw the most beautiful moonrise ever in my life  from behind the kinnar kailash range.

I was there for astrophotography and it was a lucky night for my i clicked some magnificent  pictures. Then we slept around 1 am as we have to leave for a new place tommorow.

We slept late yesterday but got up early in the morning as we can never miss the sunrise from kalpa. The climate was quite chilly but views were worth it. We had our breakfast and were ready for the day. Our first destination for today was the famous suicide point.

After chilling about 1 hr at the suicide point we started to the last indian village of india. Chitkul- The wanderers nest. First we descended towards reckong peo then reached wangtoo dam. From wangtoo we took a left and were on the way to sangla. The river flowing with the roads added stars to our trips .
The road to sangla was more dangerous than the road to kalpa. Just 1 km from sangla we got a jam a local truck's tyre got punctured and we were stuck there for 1 hr after the jam got cleared.

Chitkul was 40 km from sangla the road to chitkul was totally offroad. After 1 hr we reached chitkul. The last indian village.
We had our lunch at the last indian dhaba,and explored the chitkul valley for about 2 hrs. I wondered in the village and clicked some photographs and made videos. It was  a heavenly experience.

We saw the sunset sitting beside the river in chitkul after sunset we headed back to sangla and reached sangla around 7:3o pm. We reached the hotel and took a power nap .