1. Although national currency is Turkish Lira, Euros are accepted throughout Turkey.

2. When visiting a mosque, you will be required to cover your hair, shoulders, and knees, and to take off your shoes.

3. Locals haggle at every single place be it shopping or cab ride or one day excursions.

4. Addresses and locations can sometimes be hard to convey when travelling in a new city or town.Most of them understand broken English but be sure to learn basic Turkish words. Grab a business card from your hotel or have them write down the name, address and phone number.

5. Turkish Hammam: Although hammams are catering to a unisex experience, be sure to check the timings before you go. Certain hours in the day are reserved for men and women only.

6. If you are booking a package holiday. Bed and Breakfast means Turkish breakfast. Don’t expect a full English breakfast or continental food unless you are staying at a five-star hotel. Many of the five-star hotels will not use pork or bacon anyway.

7. Vegetarian food is a bit hard to find. Do keep a list of vegan restaurants.

8. If hiring a car, then remember to drive on the right.

Istanbul is one of the largest cities in Europe. Turkey's most populous city and its cultural and financial hub. Located on both sides of the Bosphorus, the narrow strait between the Black Sea and the Marmara Sea, Istanbul bridges Asia and Europe both physically and culturally. It is the only city which is spread over two continents!Things to know about this city:1. Atatürk Airport: Most international flights arrive at the Ataturk airport (other airport being Sabiha) and one can reach the main city by Havatas Muncipal service bus (11 TL) or by a private taxi (50 TL)2. Two main neighborhoods to stay at: i) Taksim square- Major tourist and leisure district known for its nightlife, restaurants and pubs. ii) Sultanahmet- Old city, where all tourist attractions like the Blue Mosque, Hagia Sophia, Topkapi palace can be explored by foot.3. Ortakoy neighborhood: Ortakoy is a vibrant neighborhood to explore. It has many cafeterias and tea houses around a square near the water or in the alleys, restaurants, bars, small shops and a market which gets very lively during the weekends. World class night clubs like Reina and Anjelique are also in this area, on the Bosphorus which one should not miss.4. Kumpir: One cant miss eating Kumpir at Ortakoy! You would be remised not to try one of the town's signature dishes,a loaded baked potato pureed to perfection and stuffed to infinity with as many or as little toppings as your heart desires.5. Galata Tower: City's tallest tower with a restaurant and cafe on the upper floor. Tickets to go can be booked online or instead one can visit Galata Roof Top Cafe which has the same view!6. The following are the most famous attractions in Istanbul which shouldn't be missed. Also the days when these attractions are closed should be kept in mind before you plan your itinerary:i) Blue Mosque or Sultan Ahmed mosque- no entry fee and closed during praying hoursii) Hagia Sophia- 20 TL entry fee and closed on Mondaysiii) Topkapi Palace- Closed on Tuesdaysiv) Basilica Cistern- 20 TL entry feev) Hippodrome Squarevi) Dolmabahce Palace7. Gulhane Park: Located adjacent to the Topkapi Palace, this urban park is a perfect place to have a peaceful lunch.8. Princess Island one day excursion: The main feature of any of the Princes’ Islands is the sound of silence. All motorized vehicles are banned, making the islands an oasis of peace and quiet. Horse-drawn carriages and bicycles are the main transportation means on the islands.But that’s not the only feature that makes the Princes’ Islands unique. You’ll find yourself walking or riding through narrow streets flanked by either untouched pine-forests or fine, wooden Victorian cottages. Ferry will be available from Kabataş every morning which will take you to 4 of these islands. Early reservation for stay is mandatory in these islands since it gets full pretty fast.9. Hookah/Sheesha: One can't leave Turkey without trying a Sheesha which is basically smoking flavored tobacco. Best place to pull sheesha would definitely be near Galata tower or Tophane area.10. Grand Bazaar: The Grand Bazaar is one of the largest and oldest covered markets in the world, with 61 covered streets and over 3,000 shops which attract between 250,000 and 400,000 visitors daily. In 2014, it is listed No.1 among world's most-visited tourist attractions with 91,250,000 annual visitors.11. Spice Market: Again a covered market, one of the largest spice bazaars in the world, also known as the Egyptian bazaar since all its goods are brought from Egypt. Goods such as Iranian saffron, Indian curry, Chinese flower tea, Turkish delight, Russian caviar etc are found in abundance. 12. Istiklal Street: Arguably the busiest pedestrian street in the world popular for shopping and snacking street, is lined with boutiques, cafes, consulates, restaurants, galleries, cinemas and banks, with residential apartments above. The avenue begins at Taksim square, the hub of this city. 13. Whirling Dervishes: Well known dance form, when the whirling dervish take the floor with the heavenly sounds of Sufi music, you can’t help but be transfixed. The right hand stretches to the infinite cosmos and the left towards the ever-grounding earth. Not a performance, but a form of worship.14. Hammams: No trip to Turkey is complete without a visit to the famous baths, called hammams. Experiencing a few hours at these bathhouses, many of which date back hundreds of years, is a relaxing, rejuvenating and rich cultural experience. 15. Simit: A simit is a sesame seed-crusted bread with fluffier interior that found across the cuisines of the former Ottoman Empire, and the Middle East. Simits are often sold by street vendors, who either have a simit trolley or carry the simit in a tray on their head. 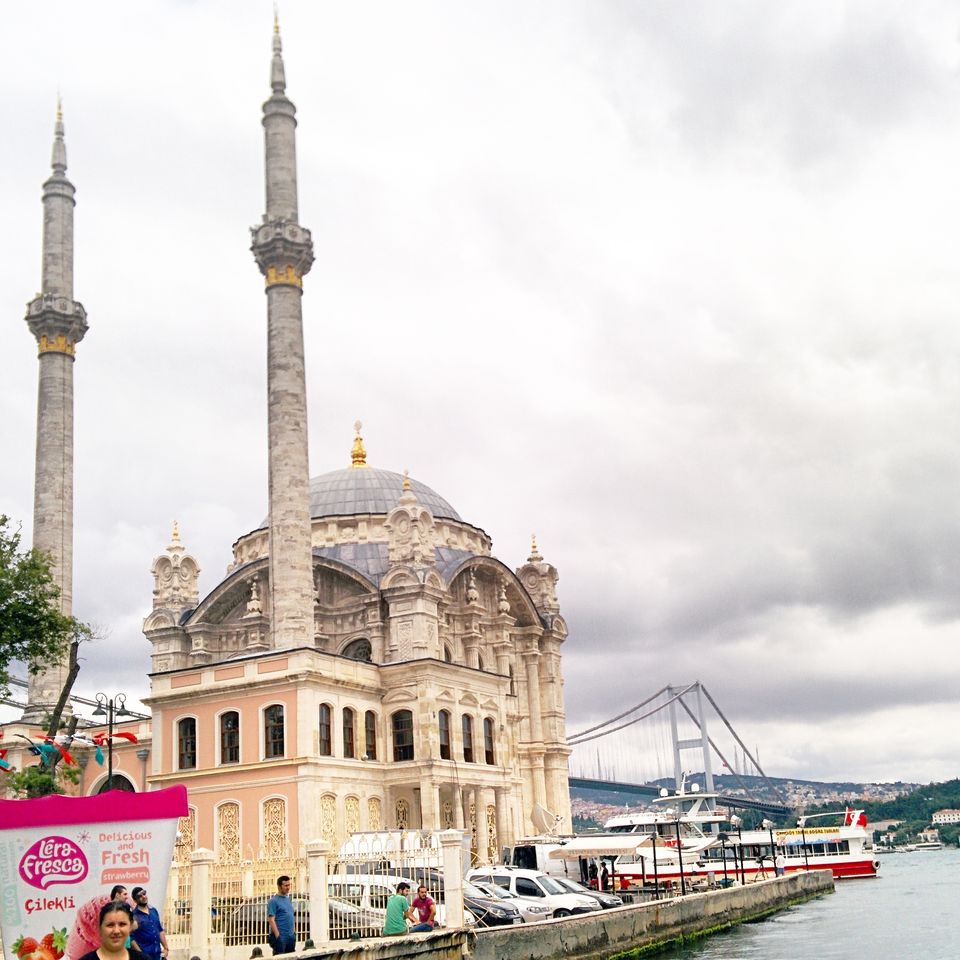 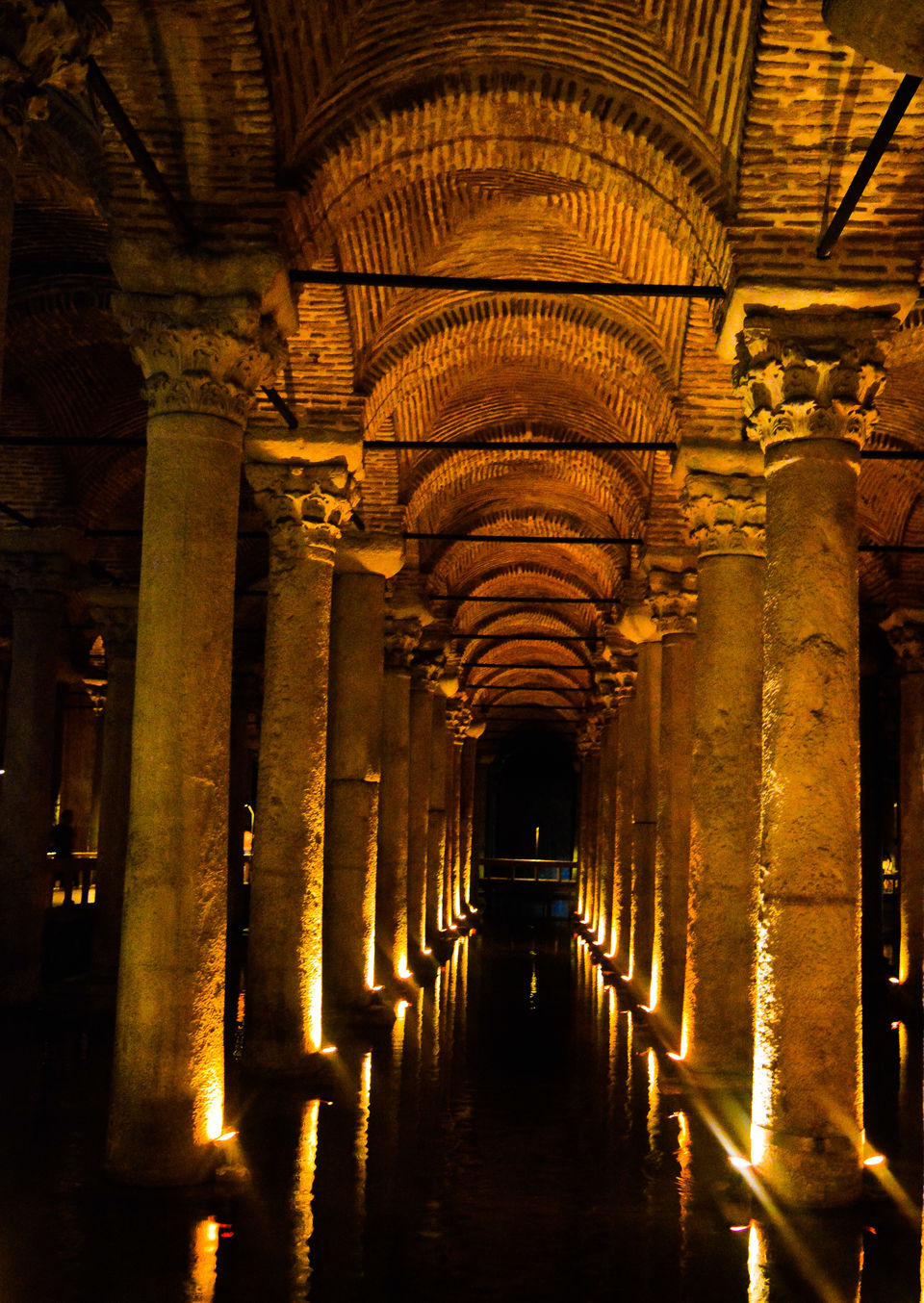 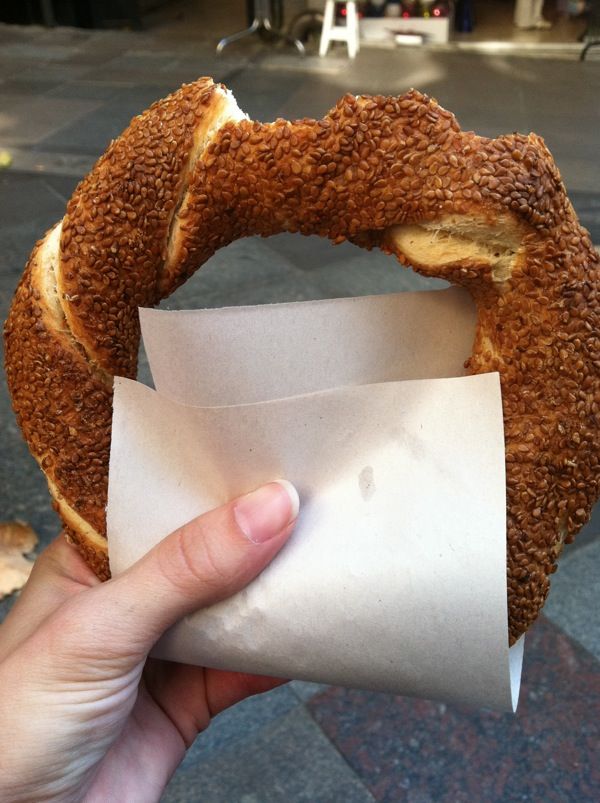 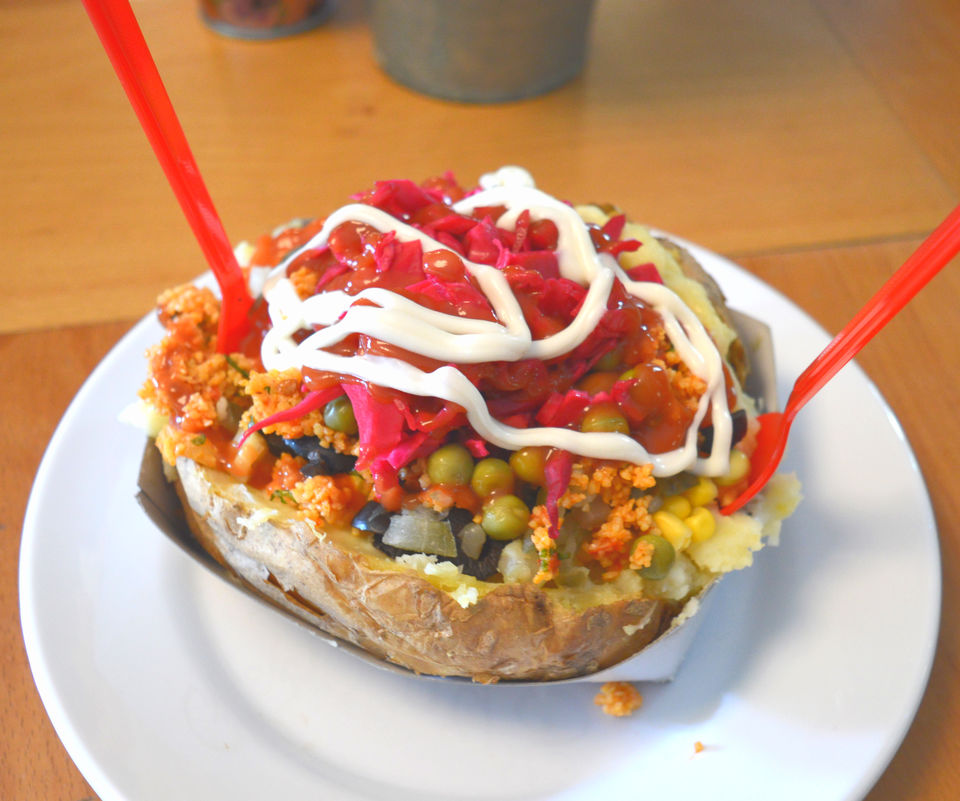 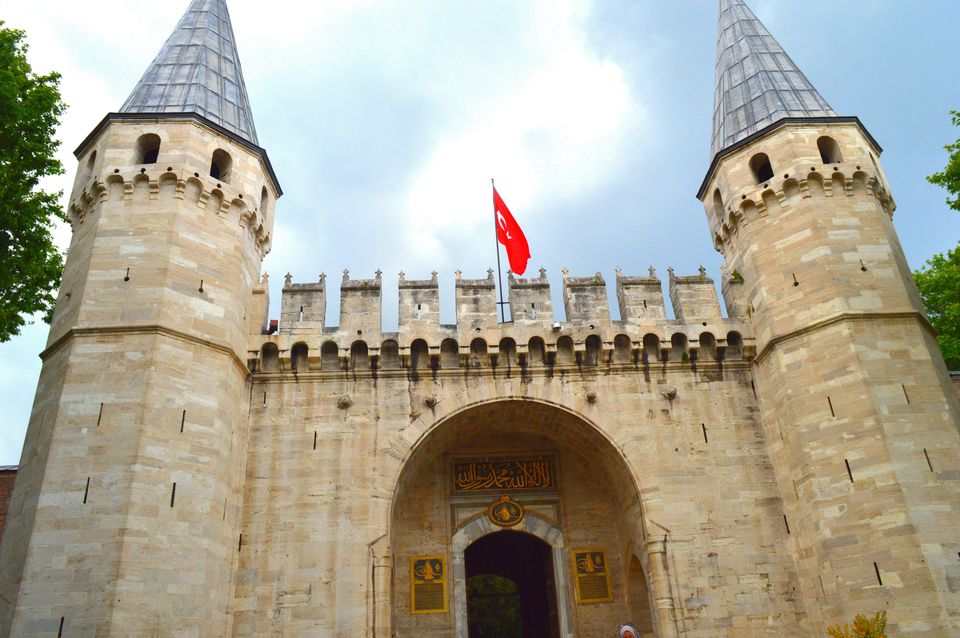 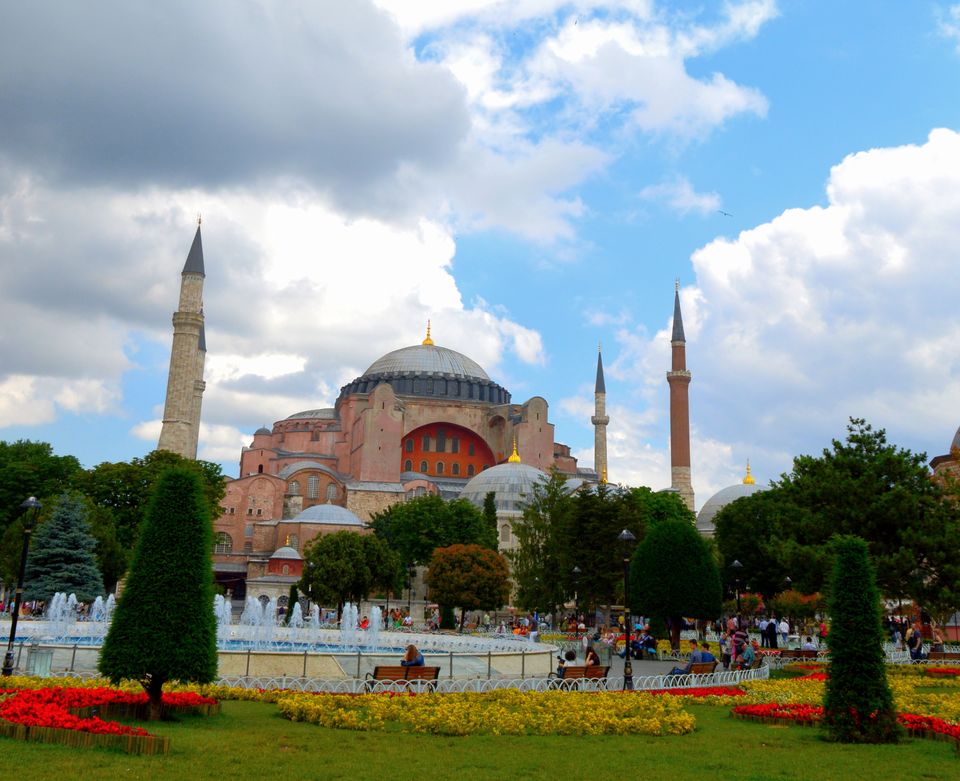 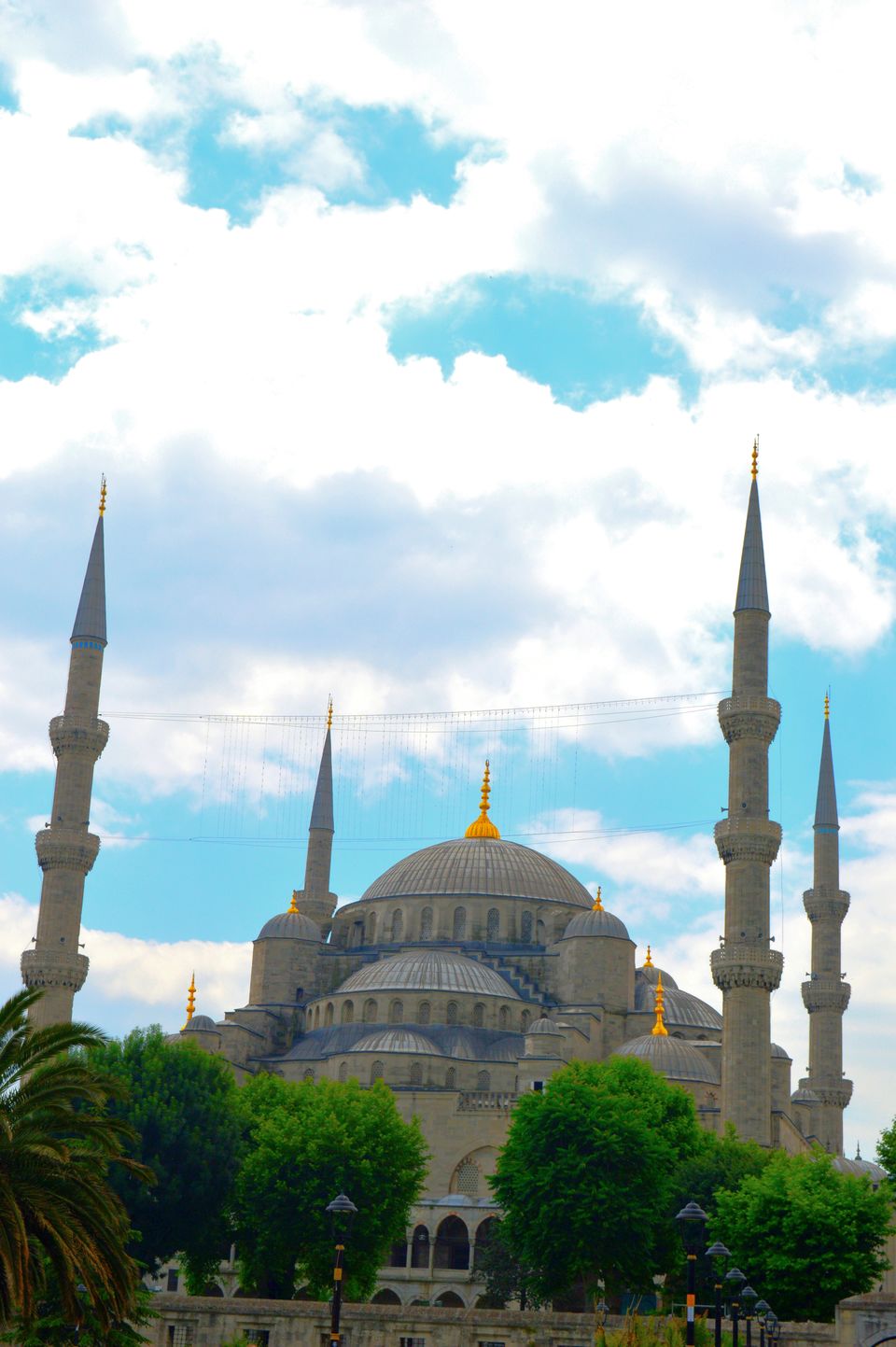 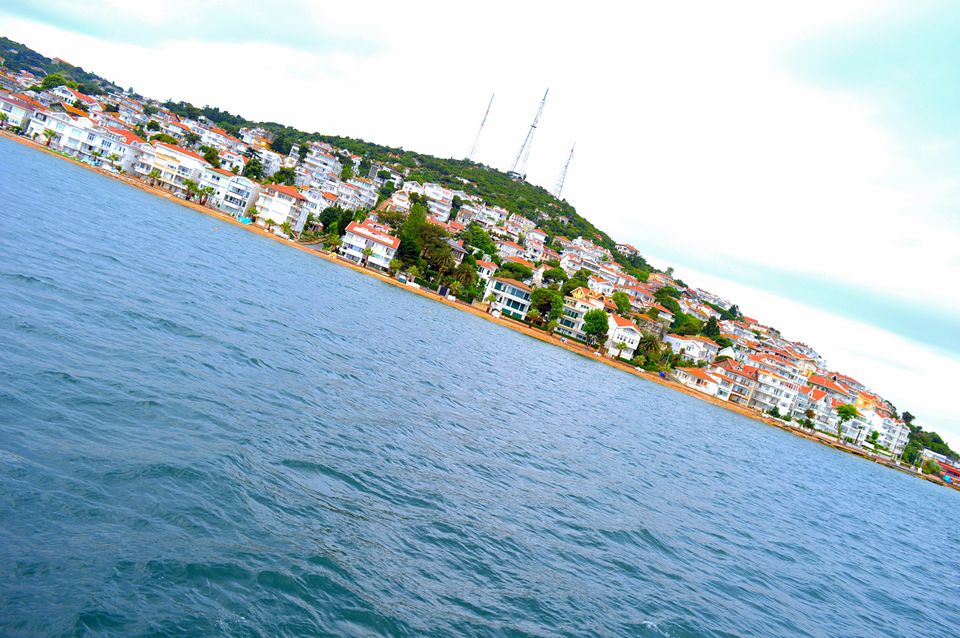 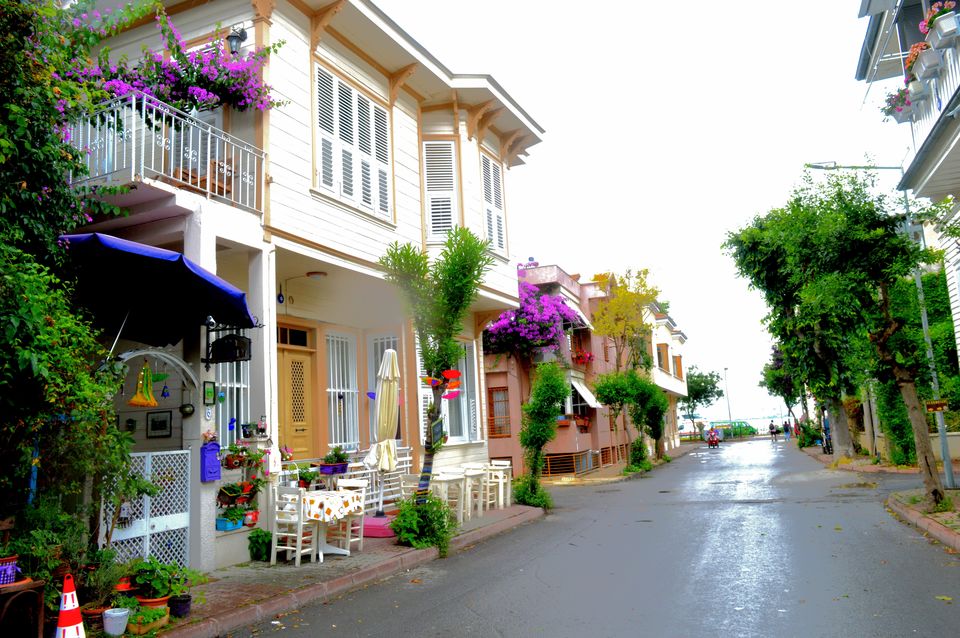 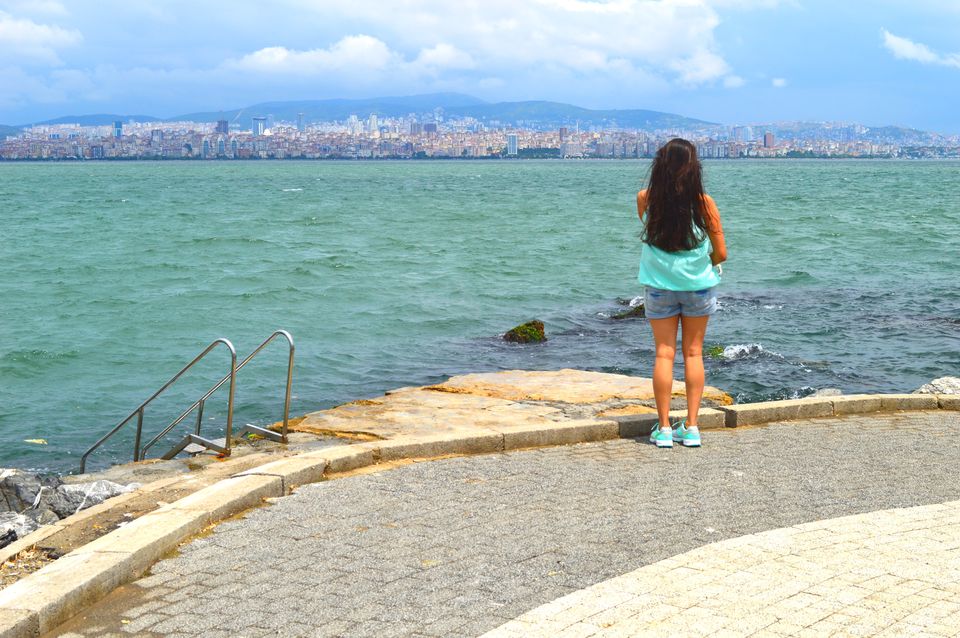 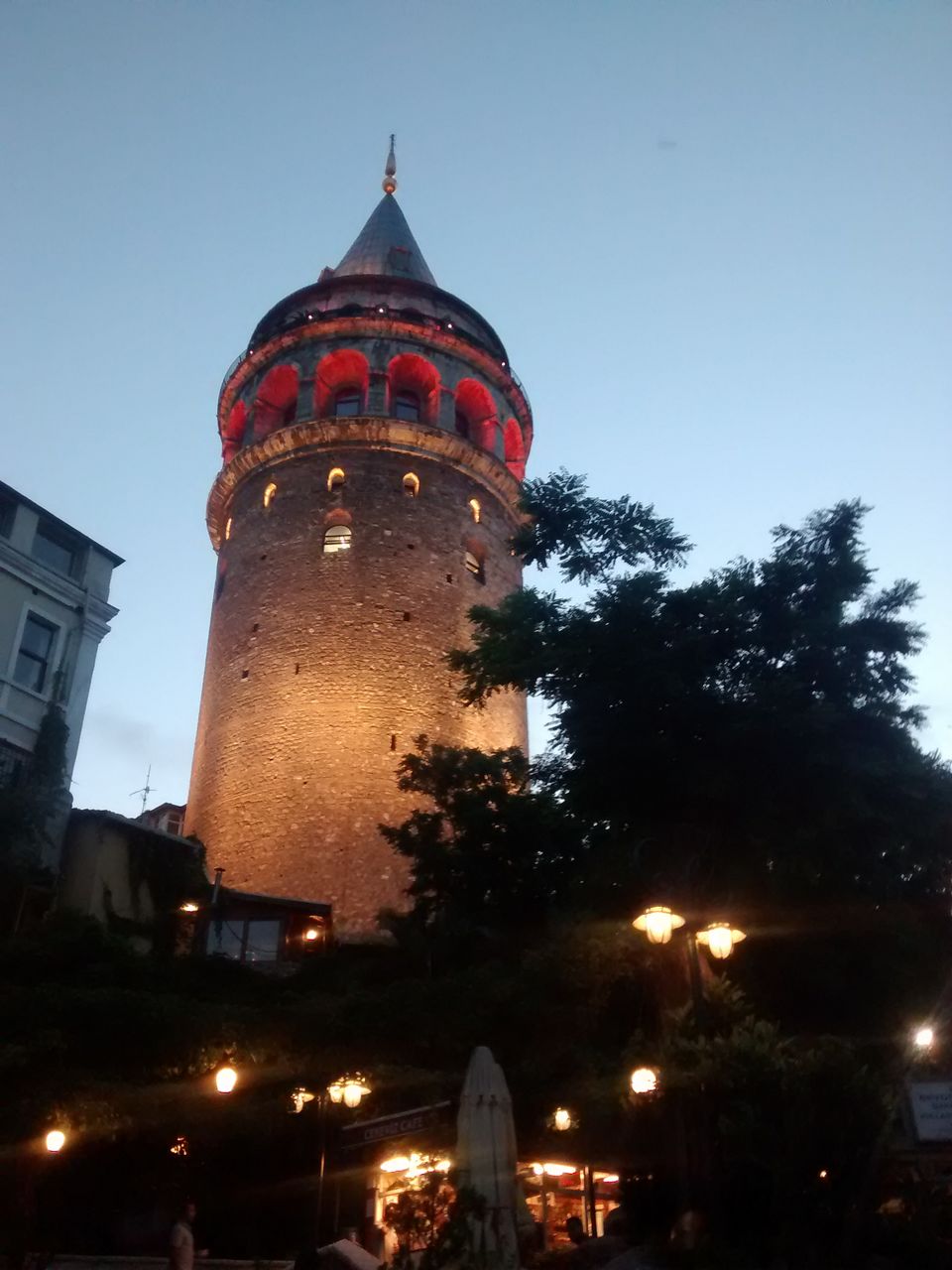 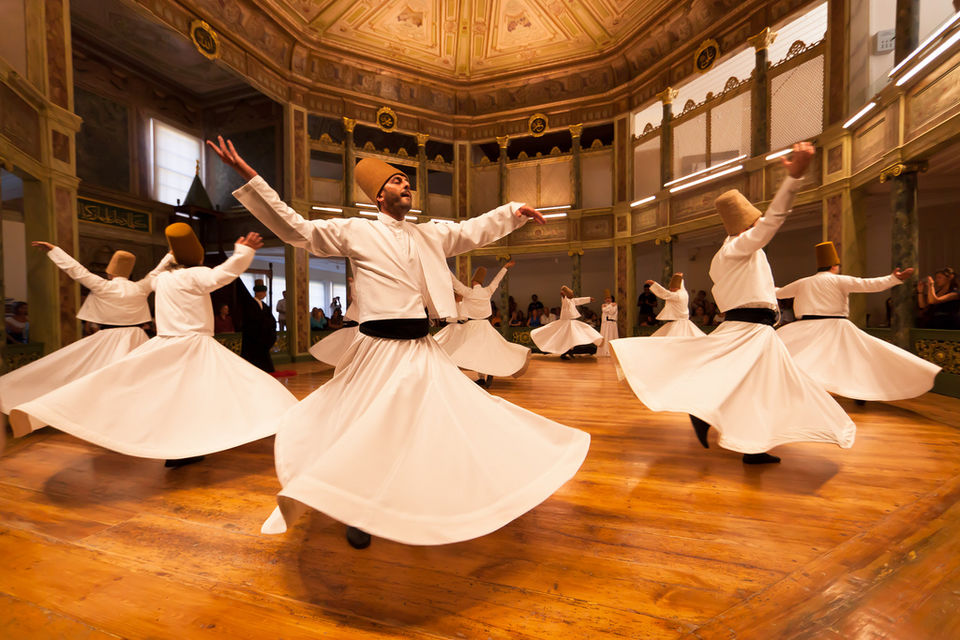 This magical flinstones land feels like you're entering into another planet! Its breathtaking! Frankly even 3 days didn't do justice. Rock-filled vistas rise up to greet the eye at every turn: Valleys overflowing with fairy chimneys. Minaret-shaped pillars sculpted by centuries of wind and water. Cave houses carved into steep hillsides. Cave churches with ancient frescoes. Cave cities that once sheltered ancient residents from invading armies.It is more accurate to say Cappadocia is defined by its rock, which spewed from an intense extended period of volcanic eruption.1. Most hotels offer cab ride from the airport, by paying 10 Euros per head. This is the best way to enter the city. 2. Hot-air ballooning is one of Cappadocia's signature activities (totally worth the money), and good weather is a prerequisite. The weatherman is forecasting perfect conditions for ballooning and taking photos -- clear skies, light winds and mild temperatures. See the stunning volcanic landscape and views of the Cappadocia relief, a high plateau standing more than 3,281 feet (1,000 meters) above sea level, during your 1-hour flight. Opt for one of these balloon companies and preferably always the first flight: (110-150 Euros)i) Butterfly Balloonsii) Royal Ballooniii) Cappadocia Voyager Balloonsiv) Kapadokya Balloons3. Head to Avanos, where you'll participate in a pottery-making workshop. As you create your own pottery masterpiece, learn about the ancient art of pottery-marking in Turkey.4. Another option is to do this with either a mountain bike, an ATV/Quad or on horseback - SUNSETATV PRICE = 40TL for 1 hour, 60 TL for 2 hoursBICYCLE PRICE = 5TL for 1 hour, 20TL for the dayHORSE PRICE = I think it is 70TL for 2 hours.5. Hit as many valleys as you can or take your time meandering through one. Be sure to bring a camera, some water, and good hiking boots. This is not mountain climbing but the ground can be a bit slippery from the sandy stone ground.I would totally skip the underground city and opt for the following hikes which can be done independently, either as day hikes or linking them together and free camping somewhere. If you prefer to go with a guide, I recommend getting in touch with licensed tour guide easily available at the Goreme city center.i) Pigeon & Love Valleys (3.5- 5 hours)ii) Rose and Red Valleys (2.5-5 hours, depending on which path you choose)iii) Zemi Valley (2-3 hours)iv) Uchisar Castle6.Must try places to eat will be Debek, Ocak Vegan and Rasoi Indian restaurant. 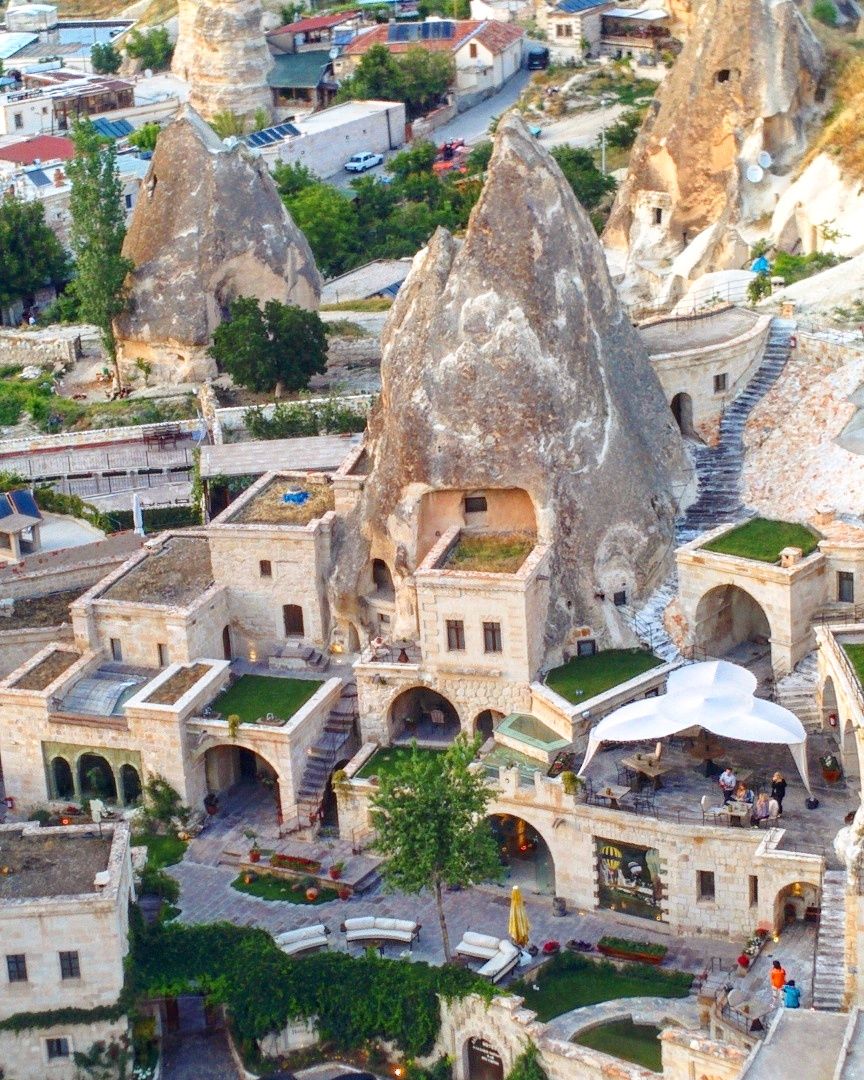 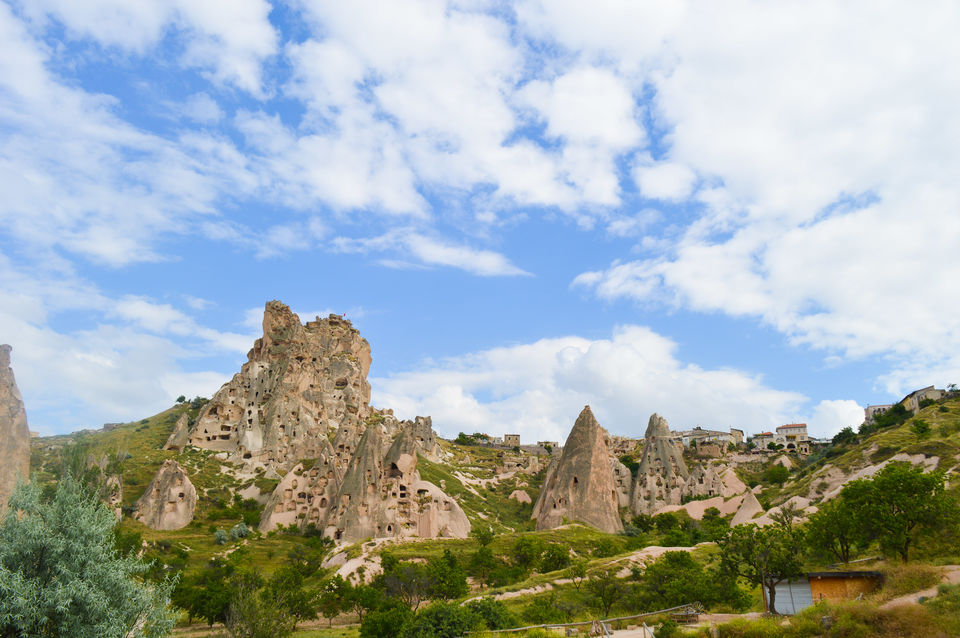 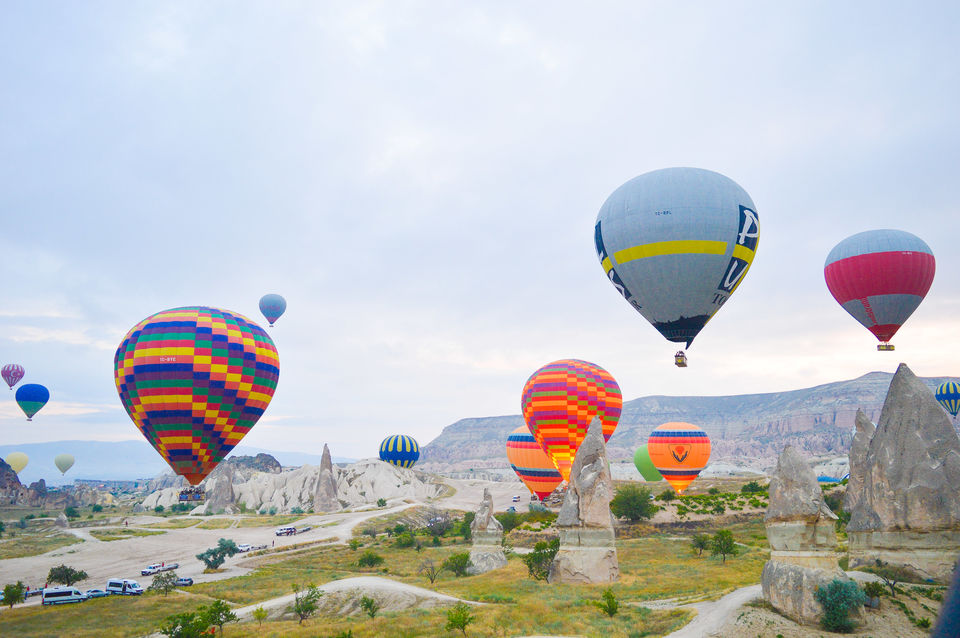 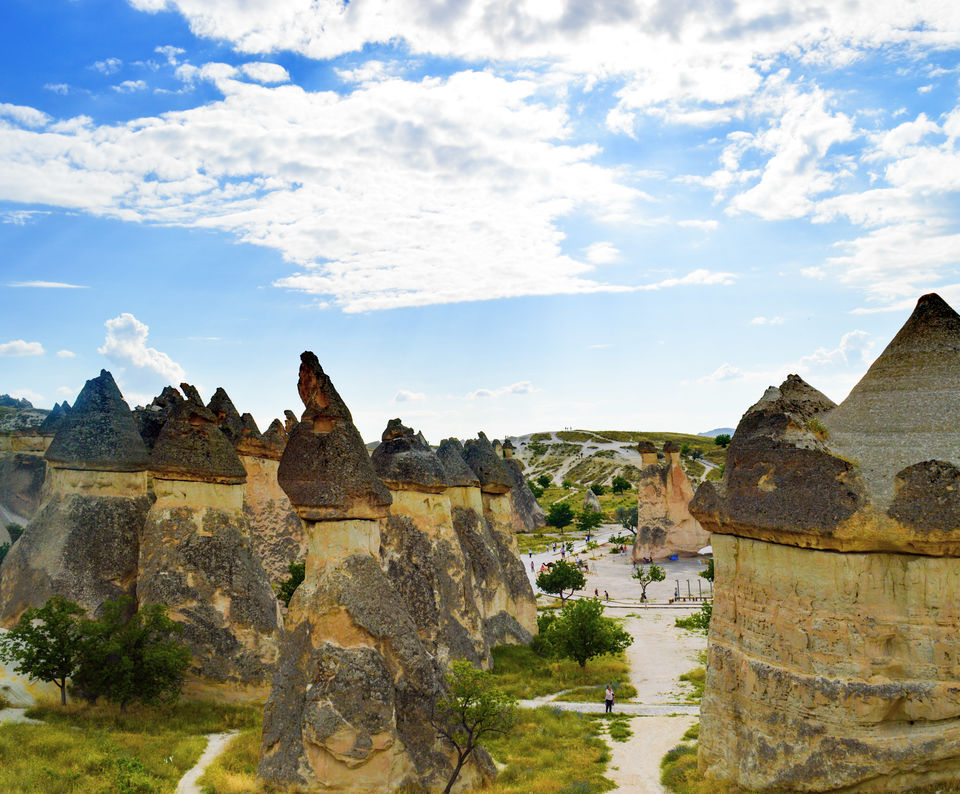 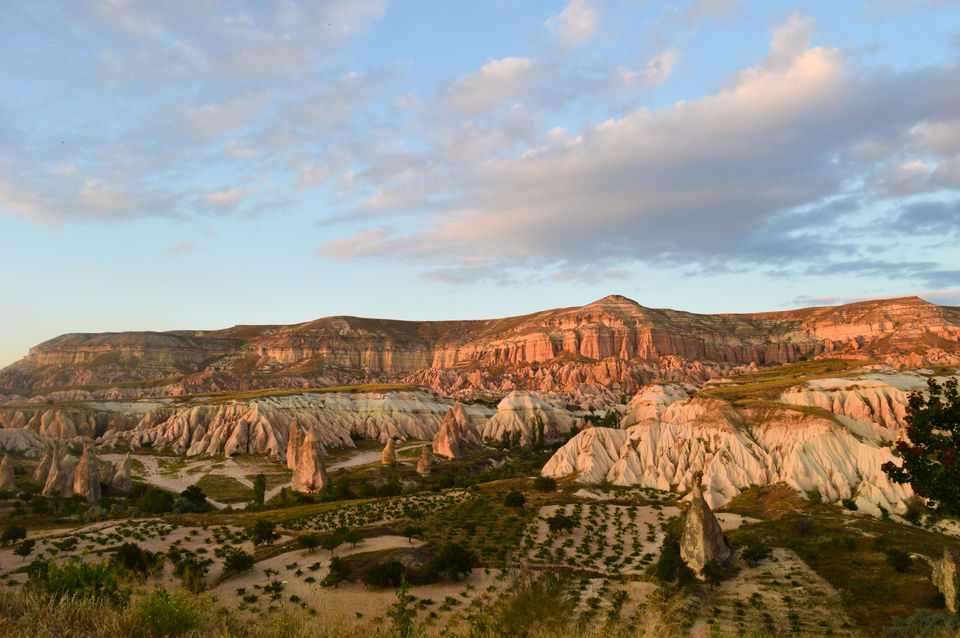 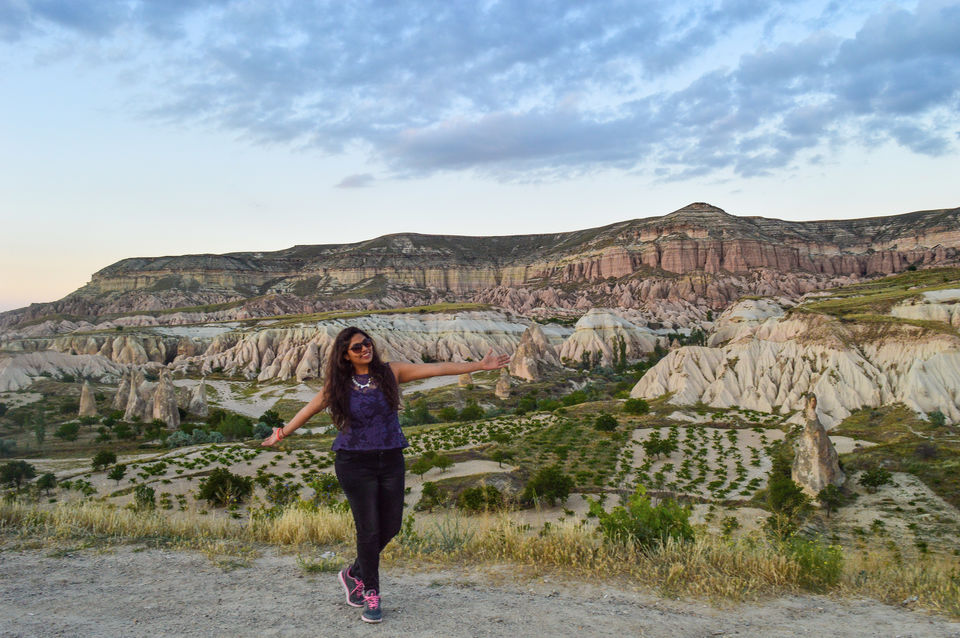 Bodrum is one of the centre of the Turkish Tourist industry and is the market town for the Bodrum Peninsula which consists of a number of towns and villages nestling on the edge of the Coast. One can pick Antalya or Marmaris too, but I did not want to visit any historical sites. 1. Take a dolmus (mini local bus) from the central bus station to the Tropical Camel Beach. It takes approx. 30min. from the bus station to the Camel Beach.The sea and the beach is one of the greatest in the Bodrum Peninsula.2. Yacht Charter in Aegean Sea i)Every coastal destination on the Bodrum Peninsula offers a selection of day boat trips. There’s an experience to match your needs; you just have to make a little bit of effort to select the right one.ii)Avoid the cheap trips touted by the Travel Agents where you could be squashed on a party boat for 70, and served a mediocre lunch. Instead, head down to your local boat harbour (before 10am or after 6pm) and find one of the smaller (max 15-20 passengers), independently run boats.iii) If you've more days, then do not miss the 3 day yacht stay they offer. 3. Bodrum is famous for its night life which goes on till 5am! These are the must go clubs:i) Halikarnass clubii) Catamaran Bost clubiii) Gumblet vicinityiv) Aquatica - If you are looking for crazy day parties and a unique summer experience then try out this Floating Beach Club. It is located on the sea, in an untouched secluded bay, between Bodrum and Gumbet (access by shuttle boats). This concept offers day parties with international djs, food, drinks, various watersports, and much more. It is open everyday (11am till 8pm) from mid june to mid september.4. Scuba Diving - There are many diving clubs doing daily scuba diving tours all around the region, fees usually include lunch and snacks prepared on boat.5. Bodrum Castle6. Shopping in Bodrum market is an amazing experience. Yes, they do bargain a lot. Also, Bodrum shopping is way cheaper than Istanbul specially for first copy designer bags. 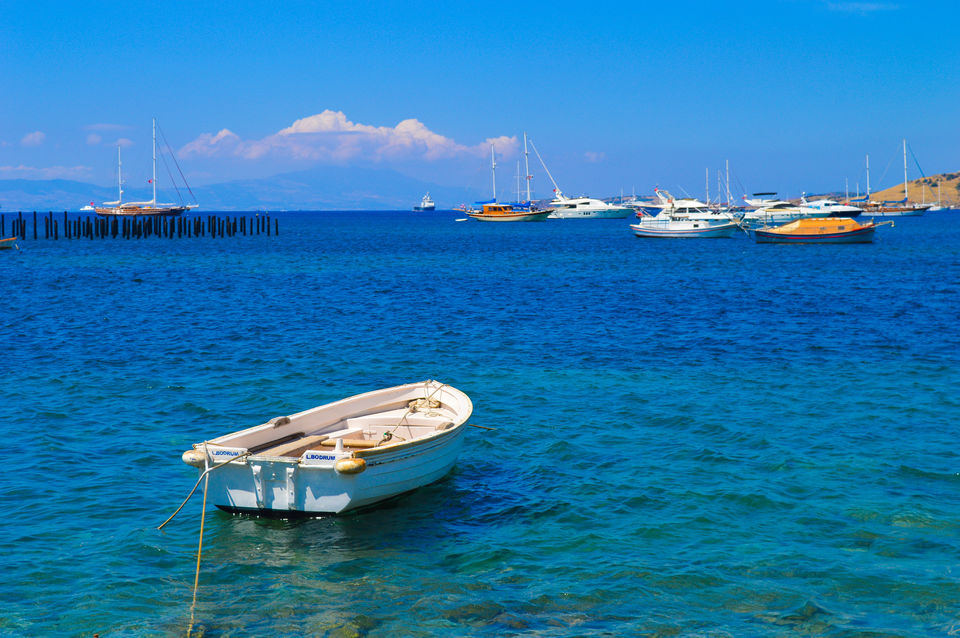 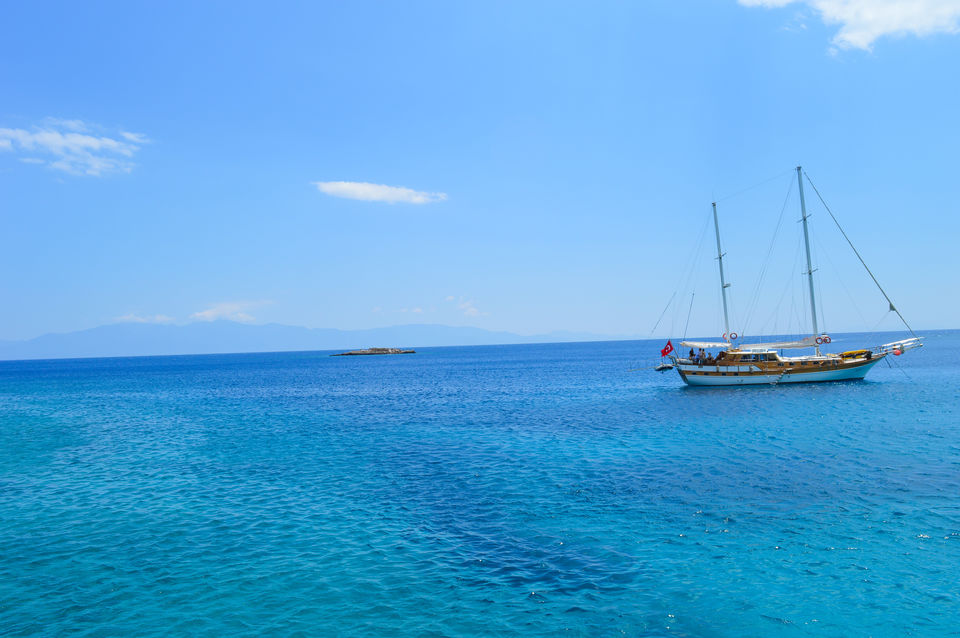 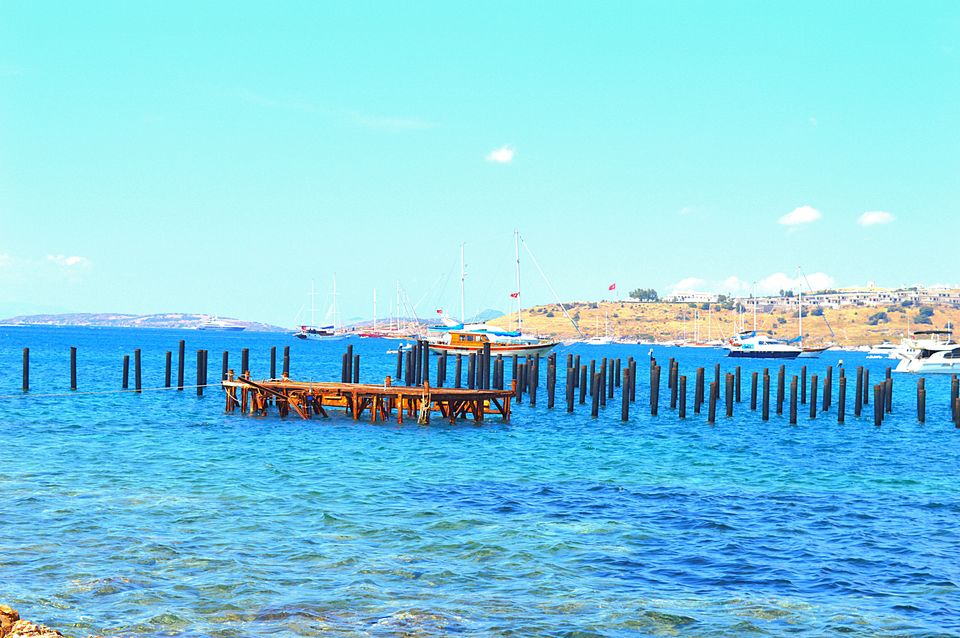 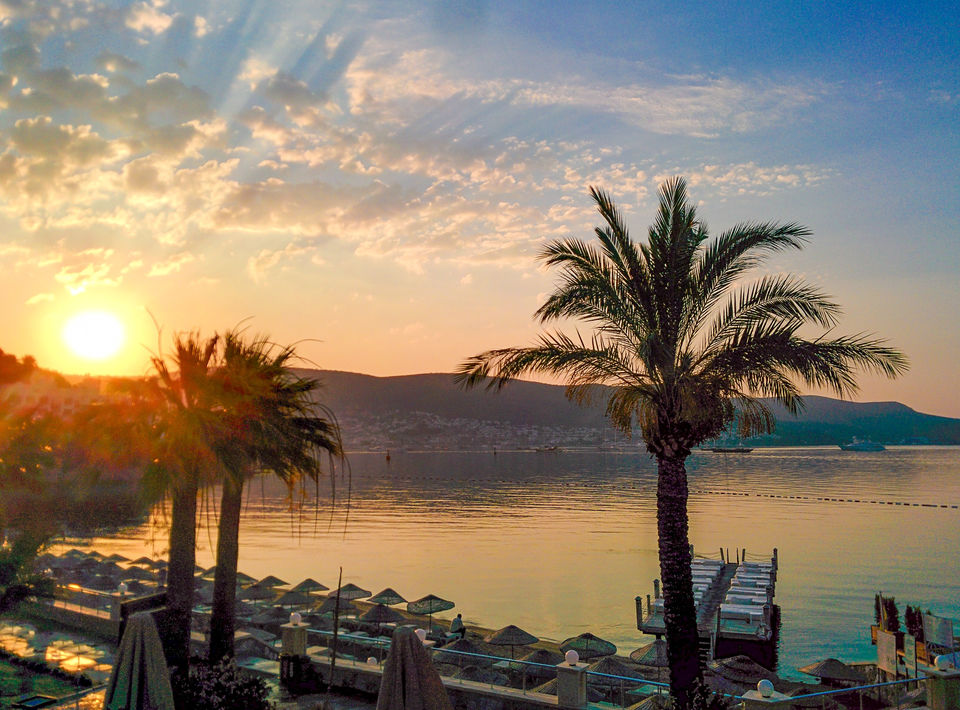 Pamukkale, is Turkey's foremost mineral-bath spa because of its natural beauty: Hot calcium-laden waters spring from the earth and cascade over a cliff. As they cool they form dramatic travertines of hard, brilliantly white calcium that form pools.Named the Cotton Fortress, it has been a spa since the Romans built the spa city of Hierapolis around a sacred warm-water spring. The Antique Pool is still there, littered with marble columns from the Roman Temple of Apollo. You can swim in it for a fee.We opted for a one day tour from Bodrum but frankly it was way too crowded than what the pictures look like on the internet. Nevertheless, it is something which one shouldn't miss. 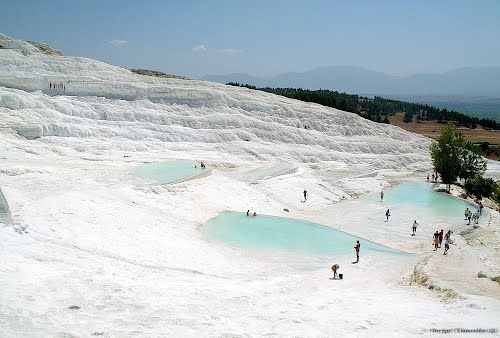 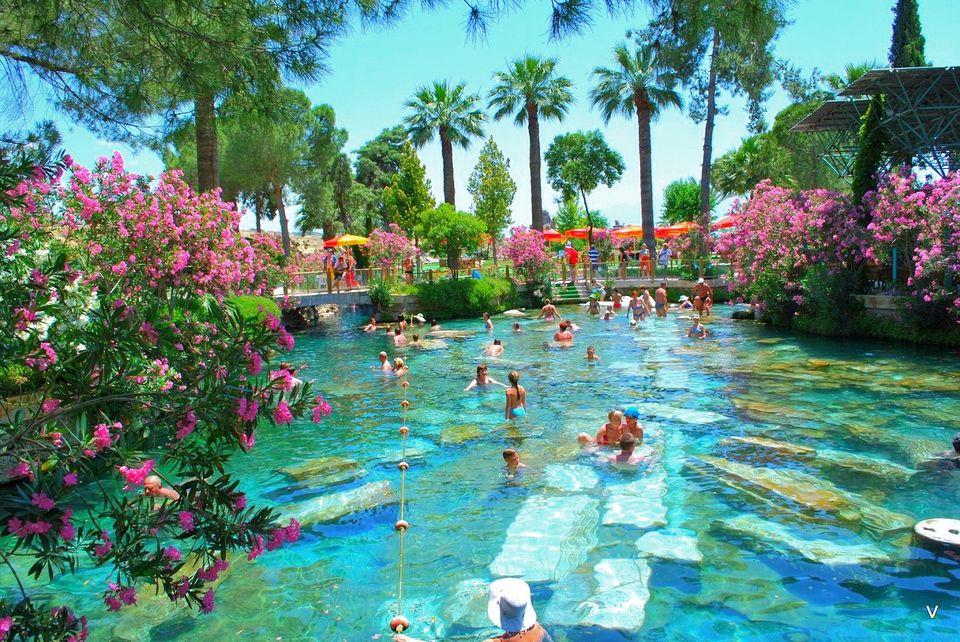 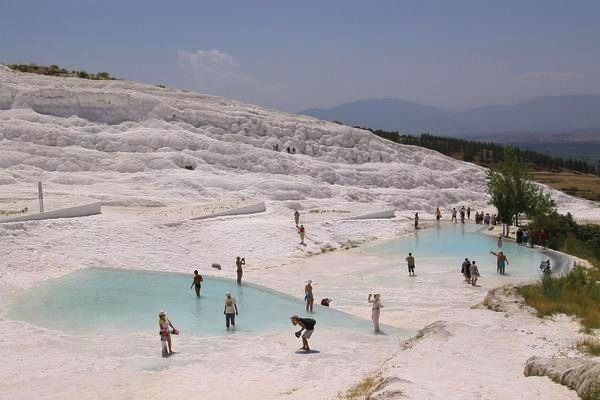 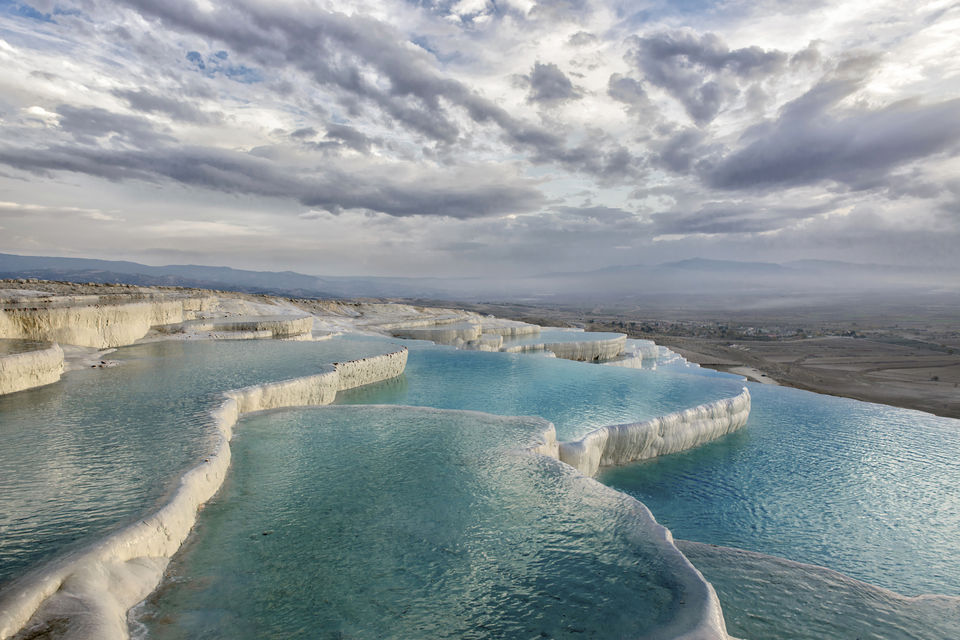