Himalaya a word itself depicts its meaning, when heard generates altogether different vibes through your nerves. When Vinod and Gopal asked me about joining them for a trek to one of the popular summit in the ranges of Himalayas, without hearing much of it I simply said I’m in. “Roopkund” a mystery lake this was the name of the trek, which induced a certain amount of curiosity as well as fear. Gruhita our partner in crime during 100km trail walking also joined us. Along with four of us, Prathmesh, Bhakti, Mohit, Apeksha and Piyush completed our group. Being in the company of these guys always a fun. Pranks, jokes, pulling each other’s leg always on high.

I was eagerly waiting for this much needed break. In last 8 years of corporate life, never had a time to disconnect from the routine life and connect with the self to find the purpose of the life. I was not looking only for enjoyment and relaxation, but to experience the essence of life.

Being a non-professional trekkers we booked our expedition through “Trek the Himalaya” organisation. It was a batch of 25 people coming from various parts of India, bringing different shades to our journey for next 7 days. Everyone was so excited when we started from Kathgodam. Journey from Kathgodam to base camp at Lohajung was a roller coaster ride. Being lived so far in the ranges of Sahyadri I am familiar with the mountain roads with full of spiralling loops but here it was altogether different feeling. Sky touching mountains with lush green dense forest, and narrow roads cutting through the Kumaon ranges. Expert drivers who I thought just came from Formula 1 race dropped us safely at base camp. We came out of the vehicle and looked straight towards the mountain, the clouds were just passing by with the wind and suddenly uncovered the snowy peaks of Himalaya for which we came all the way.

In the evening we had our introductory session where we shared our experiences of trekking and other details. Trek In charge gave us the briefing about the trek, which made everybody nervous, but also realized that it’s going to be full of adventure.

Next morning we geared up and became ready to experience the surprises which nature is going to throw on us. It was 6 km trail through the forest of 20-40 meters tall iron wood and pine trees. The trail was not that much difficult as compared to the trails what we do in Sahyadri but lack of oxygen level certainly made us to strive hard. While walking we met one garhwali boy who was selling wooden sticks to the trekkers passing by. He was very cute and his eyes were so innocent. I was very delighted to hear that he is going to school, though there are many hardships they face to sustain their life.

Initially with slow start, I picked up the pace and started moving ahead. So along with exploring various facets of nature, I felt this is a good opportunity to explore various facets of personalities as well. So when I moved ahead, caught up with three siblings Gaurav, Abhideep and Shikhi. Gaurav was much talkative guy among us. Later, through the journey I found different different skills that he possesses and how he harnesses it. He always led the group, not only during the trail, but also during the games, interactions. Abhideep, smart and handsome guy who was throwing puzzles and singing shayaries all the way round. He was a very thoughtful person. Shikhi who was facing these mountains for the very first time, was climbing as if she is in to the business of trekking for a long time. She literally made me realize not to judge any person on its face value and there are more things which are behind it. Then I met the three musketeers of our group Yash, Sarthak and Ankit. All of them were college going exuberant boys, it was hard to find who were Akash, Sameer and Siddharth among them, but I am sure everybody saw some glimpses of DCH in them. I found Mohit as my companion throughout the trek. Over the trek we had very good conversations. Travelling alone sounds terrifying and travelling alone to unknown places is more scarier but, Apeksha- An Adventure Girl having recent experience of Himalayan Trek behind, was relishing this one too. We reached our first camp at Didna village somewhere around at 1 pm. Everyone was hungry, but also happy to reach the first camp safely. 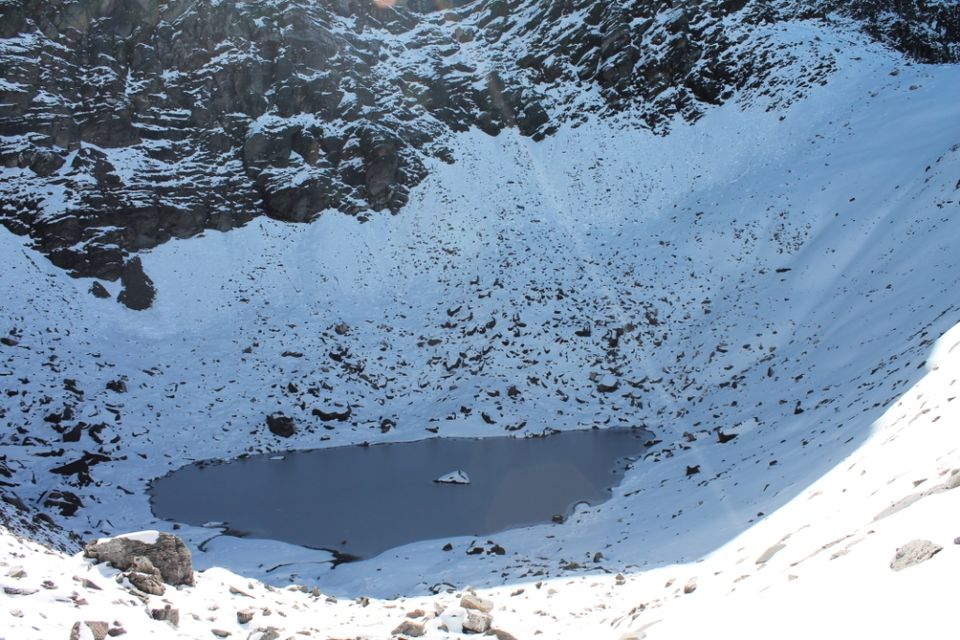 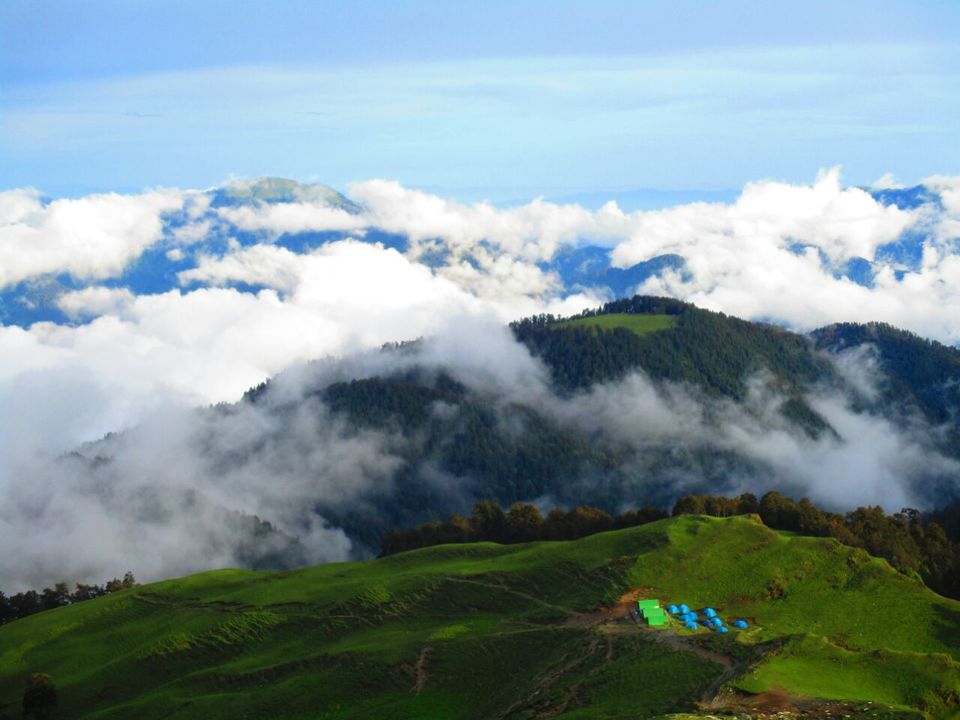 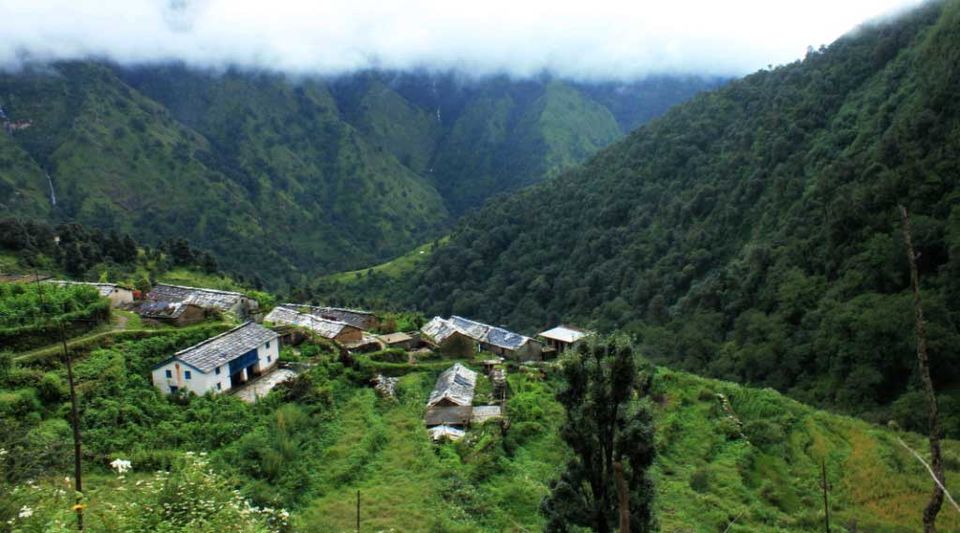 The second day was very long, we had to cross around 10km distance before the weather gets worse. We took packed lunch along with us. Every trek will have a bunch of people who always find themselves ahead of group while some bunch of people far behind. Trekking is never a game of individuals, but the win or loss depends on the performance of the team. This time I decided to move slowly and conserve my energy to sustain longer. There I find Piyush motivating the group of girls to keep going. We always find these selfless motivators around our life. Avani who was also doing the Himalayan trek first time, was finding difficult to climb up. During this time it’s not fitness , but mental strength lets you down. I also joined Piyush to motivate her to go ahead and not to lose out. Slow and steady wins the race this proverb was completely apt for Khyati, Kalyani, Pooja and Vinay. They never complaint or lost their hope while trailing, they kept moving and moving ahead with their own pace. Sometimes in life you have to identify your strengths and limits then need to back them, instead of worrying about what others have.

Fighting against the blisters on both the toes from the very first day, brave girl Aishwarya was making our journey more mysterious. When we go to a picnic, it is highly likely that people start talking about dark stuffs and black magic experiences during bonfire and Aishwarya was leading from the front. Weather in Himalaya changes very frequently and you end up experiencing all three seasons in a single day. Morning you start when there is a bright sunny day till the afternoon wind picks up its speed and suddenly that sunny day becomes chilly winter and then starts raining in the evening. All of this started as we were getting closer to Himalaya.

view of ali bugyal and camp

Third day morning in Ali bugyal camp was very pleasant, the sun was shining and with a cup of tea in hand we were enjoying the picturesque beauty of nature. Surrounded by lush green landscapes and far ahead mountains with snow caps glowing in golden colours. At that moment a famous verse of poet Amir Khusrow crossed my mind, “If there is a paradise on earth, it is this, it is this, it is this”.

The third day was of only 4km trail till Patar Nachauni. I decided to go along with Pushkarji who was our guide for the trek. People in this region are very polite and shy. Their hospitality is awesome. Being local person, Pushkarji was also very polite, he never shouted at anyone or expressed his anger. He was assisted by Kalam, a very young boy, aspiring to become well educated person but suffered by limited higher education facilities. His soft voice of “chalo chalo” still reverberates through my ears. While walking, I started interacting with Pushkaraji on various topics. Varying from his personal life to regional problems, education, modes of survival. One thing I noted that people in this region are very fit and strong but, due to lack of education and poor communication skills always kept them far away from the life that we enjoy. I expressed to him that as internet connectivity is coming in, younger generation getting access to education, there can be young entrepreneurs coming out of their very own town and starting this business of adventure sports instead of just becoming guide to the travel agencies operating from Metros.

As days passed, all of us gelled together, started playing pranks, games and of course, not to forget truth and dare. While playing truth and dare, discovering hidden stories behind the faces we totally got engrossed. Sudden change in weather made everyone awake. Heavy wind started shattering our tents, and finally it turned in to hailstorm. It was one of my frightening experience. 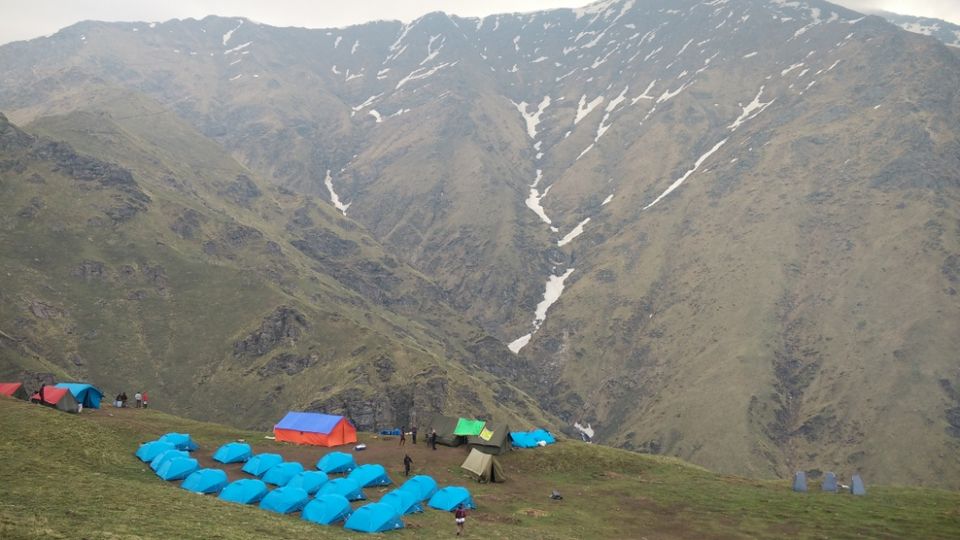 Next day morning, weather was alarming, our trek leader Rahul told us to move fast 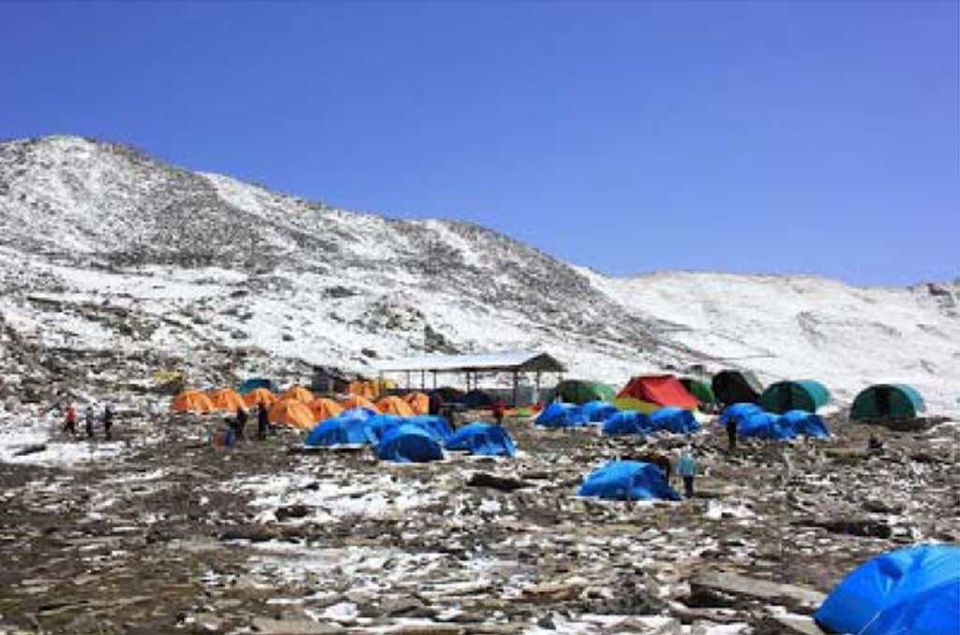 because before the weather turns to worst phase, we had to reach Bhagawabasa camp. Distance was of 4km but stiff slope was burning our body oxygen very rapidly. Rahul was very soft spoken local boy who had finished his mountaineering course and joined Trek the Himalaya. He told us breath-taking stories of survivals that he experienced during his various expeditions.

What we feared for, the same thing happened. We were embraced by heavy snowfall, when we reached summitcamp, found our tents half buried under snow. But as they say after the gloomy time, always there is sunshine ahead. We were fortunate that clouds went off and the sun was shining bright. It was all fun time before the summit.

Cute Sai started making snow man, the rest of us joined her bringing out our artistic skills. Post fighting battle for 10th Std. exam, she chose to fight another one, which is to climb up Roopkund at this very young age. Being a sports person her fitness was very good, but I admire her spirit with which she climbed till the end and motivated her sister Avani to change her decision from going back to climb ahead. We did lots of things, flew the kite, danced to music, and did the snowball fighting. It was amazing time we spent before the summit. 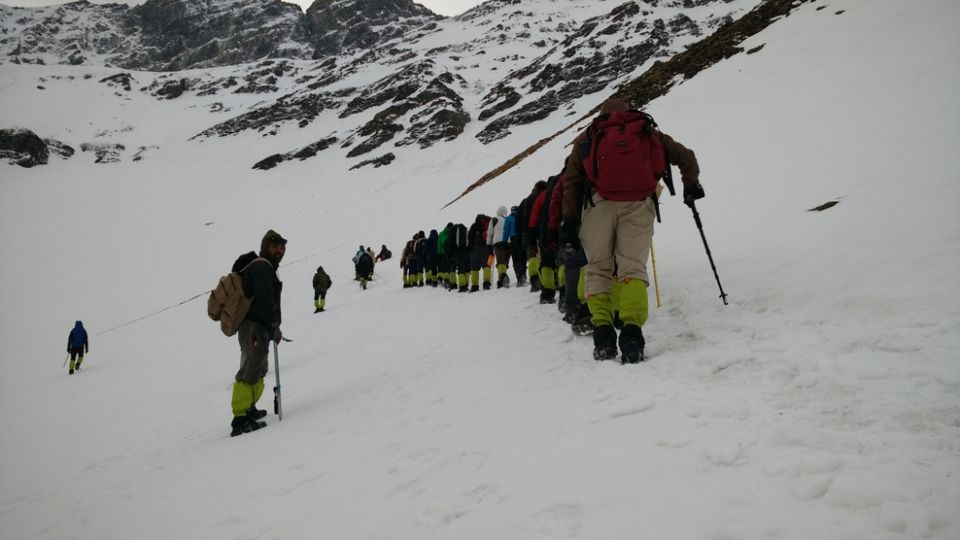 on the way to roopkund

Till now, we did the walking on normal terrain, but due to heavy snowfall there were hardly walking routes were visible. First time I was experiencing the walk on the snow with crampons. It was a most adventurous experience. We started very early in the morning as we had to climb till Roopkund and return back to Patar Nachauni camp on the same day. Walking path was so narrow, so we were walking in line. One side there were Tall Mountain and other side steep valley. Holding the nerves, step by step, we were climbing up. After almost 5 hours of climbing we reached the destination. Big snow covered round Shaped Lake was in front of my eyes. All these five days of struggle led to this day. I felt a sense of achievement and satisfaction. Journey away from all the daily hurdles, I found this hurdle experience worthy. Everyone around was very happy, after a lot of struggle we finally reached at Summit point. I sat down on a stone, started looking at the Roopkund and thought of the journey so far, what this meant for me, and what next. Suddenly realised that a few drops of tears coming out of my eyes which I could not control. I knew I have not climbed the Mount Everest, Roopkund is only half of that but, the big thing was to set a goal, try hard and achieve it. You will definitely find support of friends, well-wishers throughout the journey but, it is up to you to set that goal and try hard to reach there. This journey definitely enriched me as a human being. Along with new links of friendship, renewed perspective towards life and a thought of setting new goals for life, I returned back.