When I heard whimpers in my tent in the middle of the night! 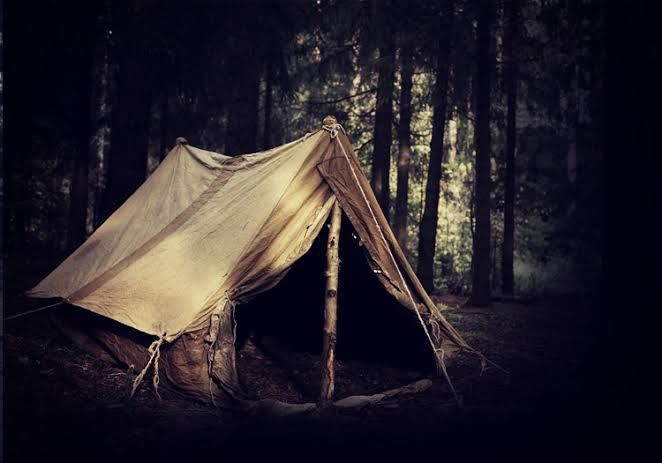 A chilly night works much better than a mother when it comes to tucking a stubborn child early in bed! I can swear by this statement as that night, a night owl like I am, who doesn't sleep till atleast two past midnight, was compelled by the cold to call it a night at 11 P.M.!

Back in the last months of 2019 we were camping in the outskirts of Rishikesh. Our camps were beside a stream, which in morning bestowed the whole place with spectacular serenity, but come the night, it increased the cold in its surroundings manifold.

It was the last night of our trip and I and my friend along with some fellow camp-mates were assembled around a bonfire that our camp manager lit. The cold winds were piercing our bodies and that poor bonfire couldn't live up to its name!

Our camp at night 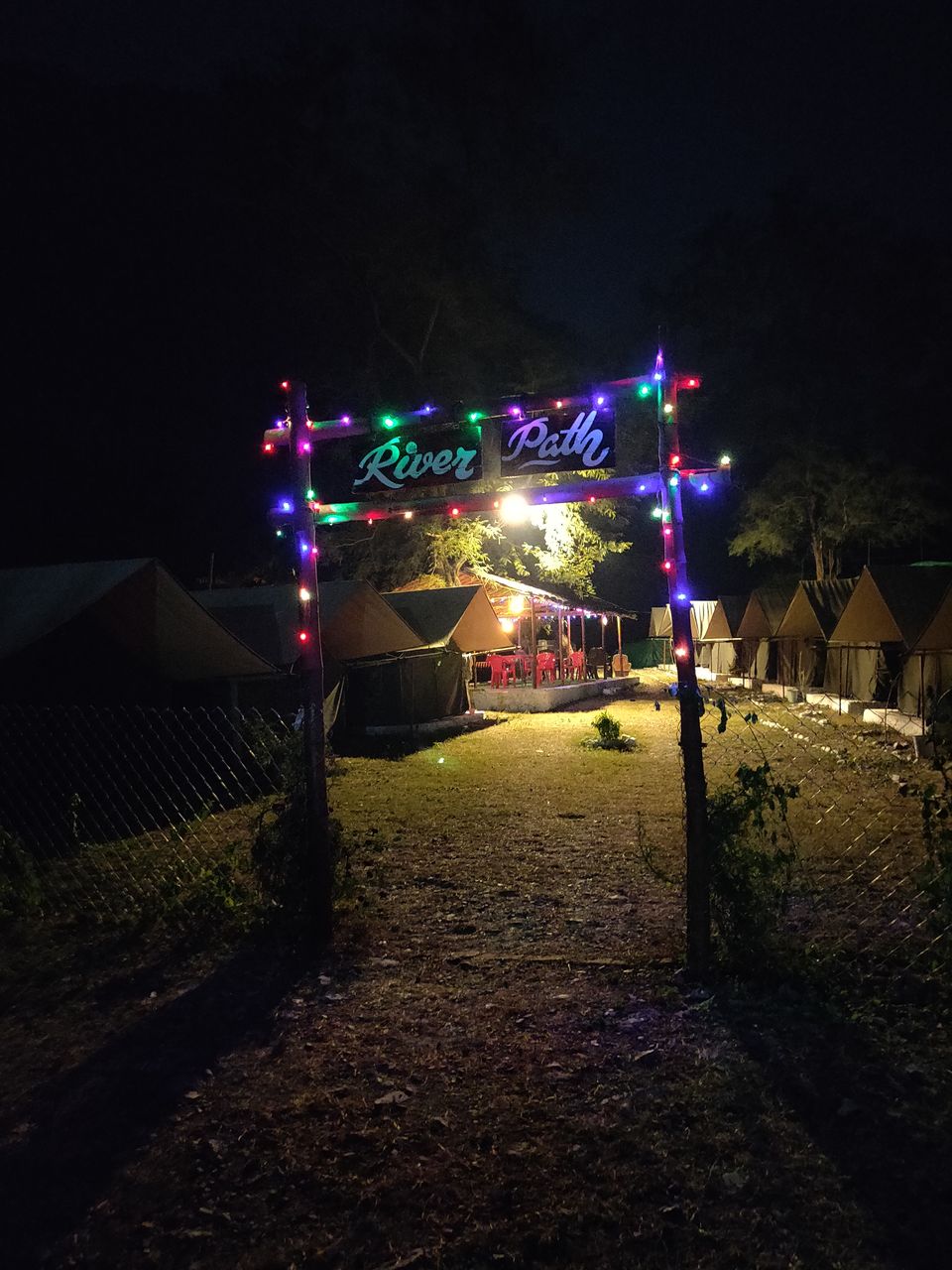 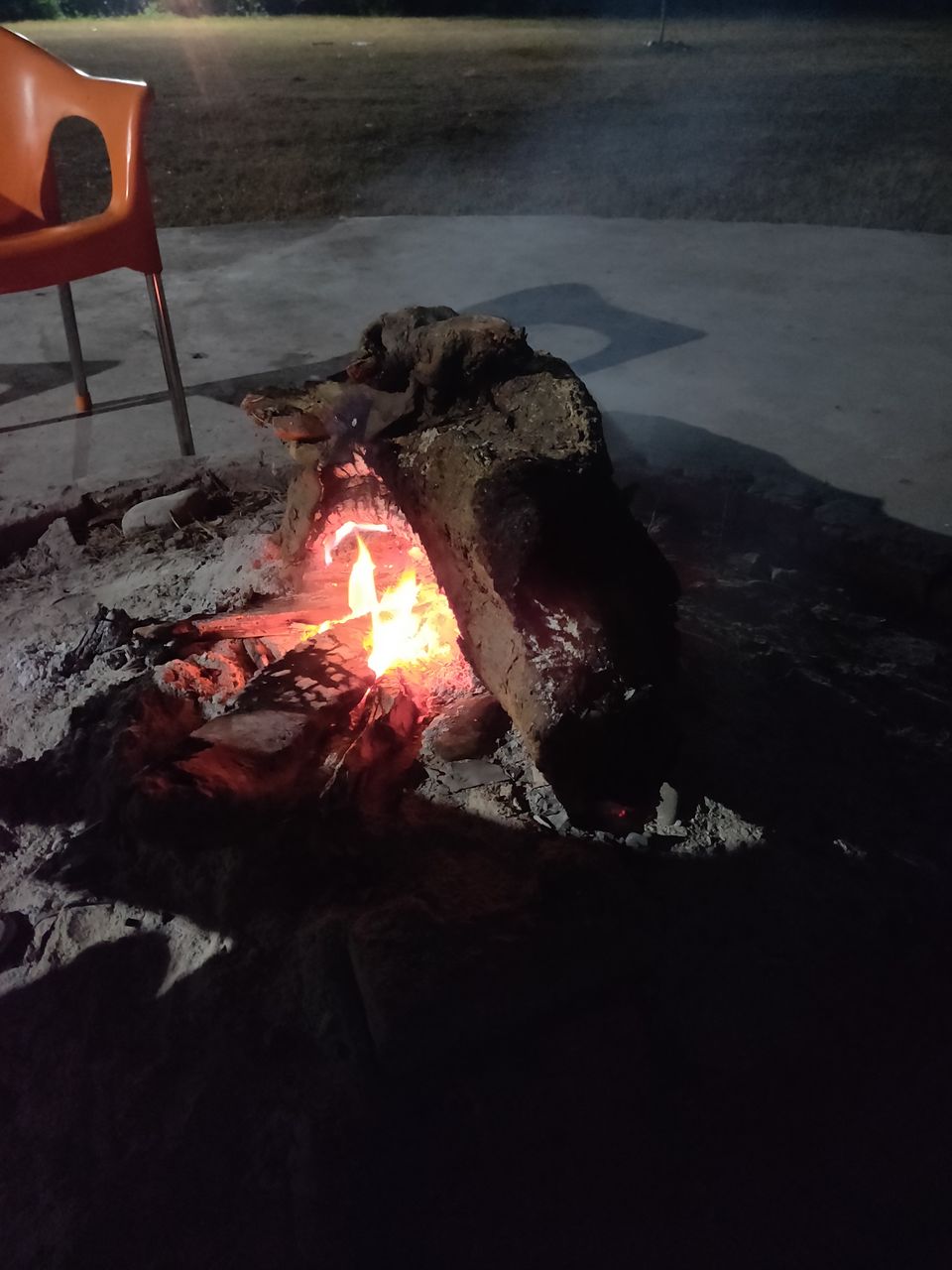 We finally bade the others a goodnight and headed to our tent. It was a triple sharing tent having some rusted iron cots arranged in a U-shape. Since we were only two girls and camp was running at a low occupancy, the third bed in our tent was empty. We zipped down our tent and darted towards the beds, only to be buried under layers of blankets.

A few minutes passed and the voices coming from campfire area faded away - indicating that everyone outside had knelt before the cold and crashed into their tents. Although totally covered under layers, I somehow managed to open a tiny slit around my lips as I chatted with my friend. We were excitedly recollecting how I fell from my raft and almost drowned in River Ganga that day!

Click here to read about my thrilling experience of falling into the most dangerous rapid of Ganges in Rishikesh!

It was then that I heard a faint whimper! It sounded as of someone is crying silently. The voice ran a chill down my spine, a chill that was much scary than the chills outside. I asked my friend if she heard the voice too. She replied in the affirmative, fear looming all over her voice. Before we could think of anything else, we heard the feeble cries again! To add to it, I felt the tent wall on my side move, as if someone had leaned against it. We sprang up from our beds (having forgotten about the biting temperature) and huddled close to each other. The voice continued at a very low volume and the tent wall moved once again. 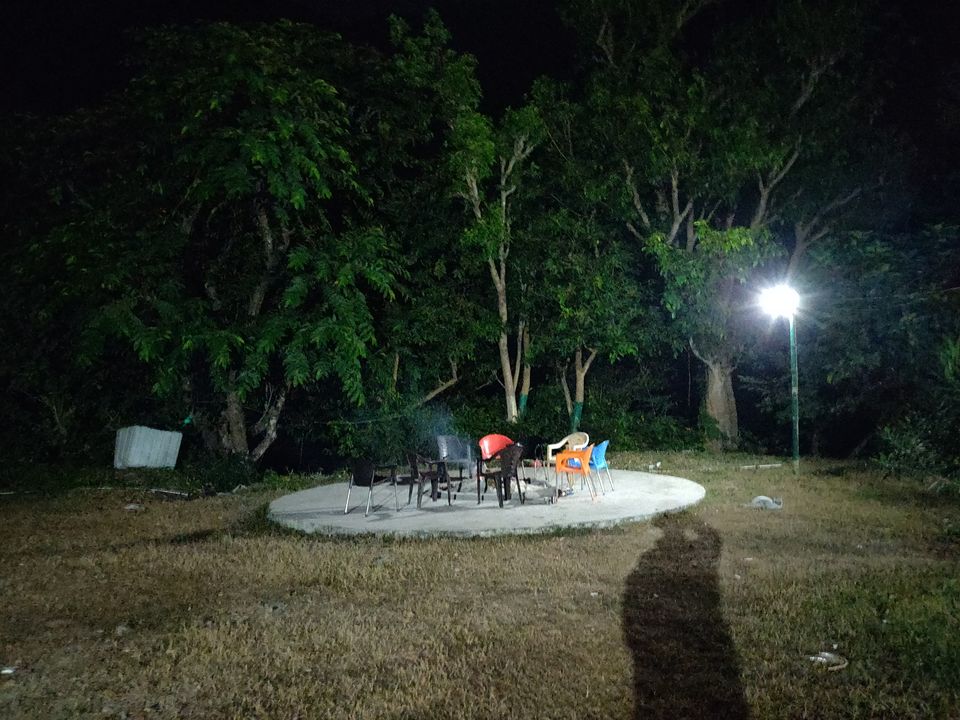 I coughed up some courage and screamed "Who's there? Is anyone there outside??" No response. Although the whimpers kept coming - the noise was as if someone is hurt and is suppressing cries of pain. I repeated myself in little louder voice this time, but to no avail. I am sure that our faces would have flushed of all its color by then - it was a jungle area with no network connectivity; we were not able to call out camp manager to check up on us!

The only option left for me now was to step outside and see what is the source of the voice? With shaking hands I zipped up the tent wall and stepped outside. There was no one around! Our other campmates appeared to be asleep peacefully. I looked all around the tent, but there was no sign of any living being.

There! The worse of my fear was taking up shape now! There isn't a sign of any living being around, but what about those who are not living?? I darted back in the tent as soon as this though cross my mind! "There's no one to be seen outside. We are in the middle of a jungle and scary things are said to live in jungles. I think there's a ghost!", I rambled before my friend.

Meanwhile the cries grew a little stronger - so much so that we could identify where exactly is it coming from. It was coming from below of the third and empty bed! We stood there like a stone. I am the most easily spooked person and my feeble little heart could not take a rendezvous with the dead. It felt as if every drop of blood in our veins had frozen.

"Let me throw some light at the bed", my friend said and reached out for a pocket torch (pro tip: always carry a pocket torch while camping - you might find innovative situations for using one, just like us!). She flashed torch light at the source of sound. And we found a set of eyes staring back at us!!

As the shock withered away the next moment, I noticed the queer figure of that creature. As soon as we were about to dash outside, the creature wagged it tail!

The poor dog must have slipped inside out tent owing to the biting cold outside and was probably wailing due to some discomfort or pain.

As we were now able to breath again, we decided to let the dog have out tents for the night. We then requested our camp manager to let us sleep in another unoccupied tent to which he readily agreed. The remaining night for sure wasn't the most peaceful one for us - but no complaints there, we had a good anecdote to tell!