Varanasi Travel GuideVaranasi TripsS Korea: From "How Does This Trouser Look On Me" To Years Of Friendship

S Korea: From "how does this trouser look on me" to years of Friendship 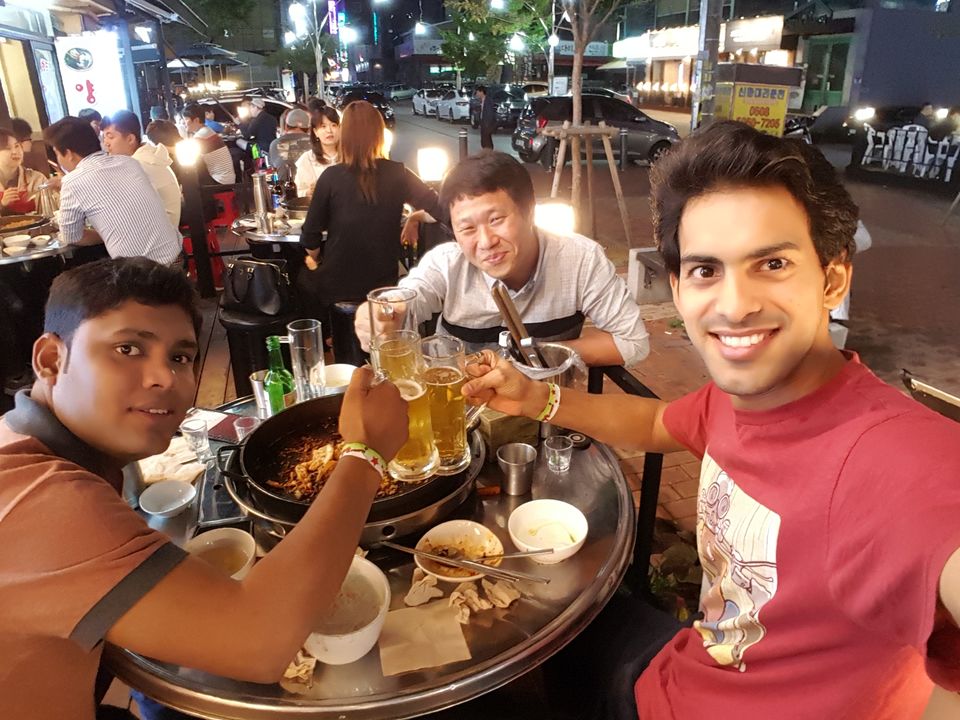 Back in early 2016, I was just checking out some clothes in Lotte Mall in Suwon area of South Korea. I noticed a korean guy too checking out trousers in the same section. He suddenly turned to me, and asked how do I look. I knew that there was no one else in that area. So, with a smile, I said, "You look like a rockstar". And he smiled too, and said, "Ok! I will take this". That was the start of something i never could have imagined. Maybe my friendly face, or my attitude, he felt he could turn to me. We introduced each other. He shared his memories from the time he was in Varanasi, and I told him some of my crazy korean stories. From that day, till now, Changsun Hong and I have been really good friends. I traveled frequently to that place, and every time he would accompany me everywhere. Surviving without knowing Korean would have been tough without him, as most of the people didnt know english so well. He would accompany me and my friends to clubs, beaches, mountains and nature trails. He would teach me all the abusing words in korean :P which of course, was after I taught the hindi versions. It was an emotional farewell, when I was leaving Korea for the last time, only with the hope to meet someday again.

It was super fun being there. I never thought that I would make a life long friend that day in that Lotte mall in Yeongtong.  #StrangerToFriend