Varanasi Travel GuideVaranasi TripsVaranasi: Your Complete Guide To See Death Up And Close

Varanasi: Your Complete Guide to See Death up and Close 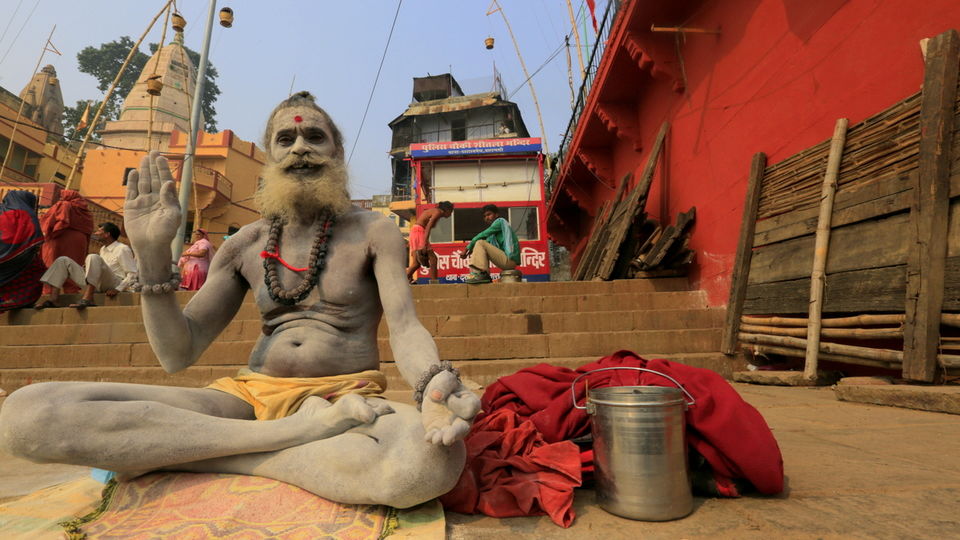 I’d only ever heard of death,

Setting foot on the edge of Kedar Ghat one evening in November 2014, I realized Varanasi had much more to offer than I'd imagined for it to. The ancient Hindu land was yet to unleash its religiosity (or the lack of it) on me.

Varanasi is one of the oldest living and continuously inhabited cities of the world, which also makes it a permanent hub of a flurry of cultures and people. Lying in the south of Uttar Pradesh, North India, this city is home to all that is discarded, abandoned, orphaned and born out of death- widows, street urchins, flesh-eating cannibal Aghori sadhus, prostitutes, malnourished cows and diseased dogs no better than the ageing widows.

Time tested, this appallingly unclean city claims to cleanse one's mind, body and soul. Varanasi is ruthless, its dangerous, its unabashed yet it offers you a kind of hospitality that no seemingly sophisticated city of the world can ever give.

I was touring Varanasi on work-work implying shooting for a travel show that I make- and this was the 12 th city in India that I was at. Like most cities that entertained foreign tourists, Varanasi was no different. My hotel was small yet clean, my breakfast typically consisted of honey toast and lemon tea and my camera laden gait on the streets for the next three days was replete with stares, nudges and clicking of tongues- an art most Indian men are wonderfully capable of delivering with the unsaid promise of a never ending supply.

The ghats in Varanasi  celebrate death.

Amidst your leisurely Ghat hopping as you step onto the Manikaran ghat, your nose is instantly repelled by the smell of burning flesh as your foot curls back into the spot it had first risen from. The path ahead is zig zagged with a cluster of funeral pyres hissing, crackling and emanating orange embers into the fading deep blue sky. The pause that you take is a rather deliberate way of Varanasi's way of pleading you to stop, and sniff the air and widen the eyes and maybe cough a little. These are but physical manifestations of another's death on you- the tourist, the farangi, the backpacker, the hippie, the corporate guy- it matters not who you are, just the way it does not matter to the ever hungry Ganges as to how many souls it consumed today.

As I skirted over to the side of one particular pyre to get a better view of this rhythm-less dance of death, a rounded black object rolled over to my feet. I jumped almost instantly but was spared any glares- the locals and sadhus, over the years, have probably had much too bemusement at startled little girls who get harrowed at such a plaintive sight of death. Thus, the judging glances were therefore spared.

Without bending down, my strained eyes told me it was a human skull.

Varanasi has this thing about itself- it treats death with the same temperament as that of an Englishwoman who has grown old in the process of spurning her countless, nameless suitors and is now too unbothered to entertain another such. You are not to mistake this air for arrogance, mind you. Death is a way of life for Varanasi- nonchalant, apathetic yet celebratory in its own indifference. The birth of death is routine on these ghats. And one is surprised at how removed one feels from its daily ritual.

My first encounter with Benares therefore, came to be my most cherished. Over the next 3 days, the sights were much more 'normal'- orange funerals with the odour of charred flesh were as normal as the burnt paneer from the tandoor of the local restaurant that served me dinner.

Having grown accustomed to seeing burning bodies every evening, my third and final night at Varanasi held a more festive promise- the Gods choose to descend from the skies every year this month since November is the much revered and celebrated month for Dev Deepawali. The ghats were adorned with a smattering of diyas- all lined up neatly on every stair of the 108 ghats running east to west, north to south and from top to deep below the earth making the entire ensemble look like a gigantic, populated star. Faces of all kinds paced the banks of the Ganges as the skies continuously reverberated with the reds, greens and the golden of crackers.

Just like the sky, Varanasi dresses up life in unimaginable colors. Despite having aged over centuries, the city is intense, chaotic, sometimes unsettling and yet embraces you as her own. Life comes full circle here, or so they say- in the timeless joy of the less fortunate, in the zeal for life amidst the dead, in the darkness of a night where everything shines with celestial bearing.

Receding away from the ghats atop a boat floating on pitch black waters, I bid goodbye to one my greatest illuminated nights ever.

Varanasi had romanced with me, albeit ruthlessly, leaving me with scars that I was very happy to take back.

This article was originally published in The Alternative in 2014. Read the original here. http://www.thealternative.in/lifestyle/capturing-birth-death-benares/