A Day In the house of "Lootera"

Itachuna is a quiet getaway about 75Km from Kolkata. Its well connected by road as well as the local suburban train. Its located in the midst of a swath of farmlands and orchards.
So we started off on my bike at early morning from Kolkata. After fighting off the congested traffic in Kolkata we were greeted by the impressive 8 laned Durgapur expressway and the rest of our 75Km journey flew by in under an our with a beautiful view of greenery on either side .Its a welcome sight for an "urbanite" finding actual greenery so near to a concrete jungle.
After 1 hour into the ride we had to switch to a state highway leading further 21 km to our destination. We were greeted by vast expanse of farms, orchards and huge ponds on the way.with trees lining up both sides of the road and traffic being minimal barring a few motorcycles and buses.
When we reached the place,we were welcomed by the grand Itachuna Rajbari. As I was entering the gate to go inside the songs of the film "Lootera" started to jingle almost instantly. Yes the entire lootera film was shot in this very place. As informed by the official website of the place and with the information I got from the office of the Luxury hotel,this Rajbari belonged to a Zamindar who used to control the nearby farms and was constructed about 200 years ago.
You are greeted by a big and beautiful 'Angaan' and at the very end of it is the temple of the palace. With rooms distributed on either side and separate courtyards on the adjacent to it. Reminding of the typical architecture followed in Bengal for all major Rajbaris. The whole place takes you back in time. The floors are lined up with marble. The rooms twice as big as you would find in any Apartment or Hotel in todays time. All complete with marble flooring with towering gates guarding its entrance. The bed the windows all depict of a time long lost.
We took a mud house made completely of bamboo and mud amidst the nearby private orchard of the Palace. The mud home overlooked a pond.With trees and birds all around it will make you feel in the lap of nature.
Food is served in their grand old kitchen with authentic bengali dishes such as "Luchi", "Sukhto" ," Chicken" ,"Fish Pathuri " etc.With evening tea at the study room full of old books and other things.
Finally after spending some time looking at the beautiful sunset from the terrace of the palace we ventured out again to head home with the peace of nature, sound of birds, smell of the trees and memories of the Grandeur.

The grandeur at night 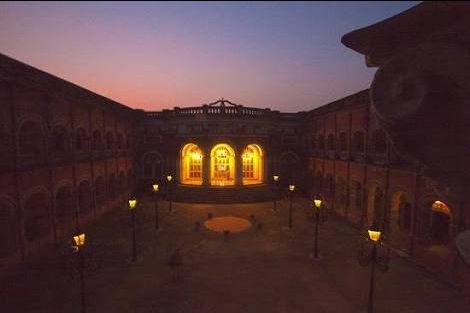 The peacefulness of the Afternoon 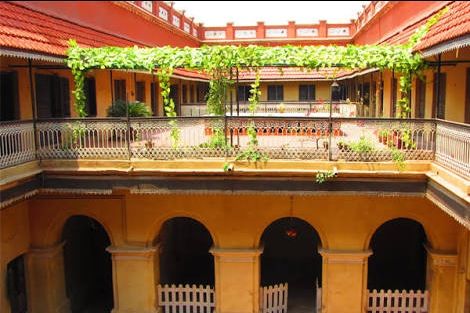 The old world charm of Bengal 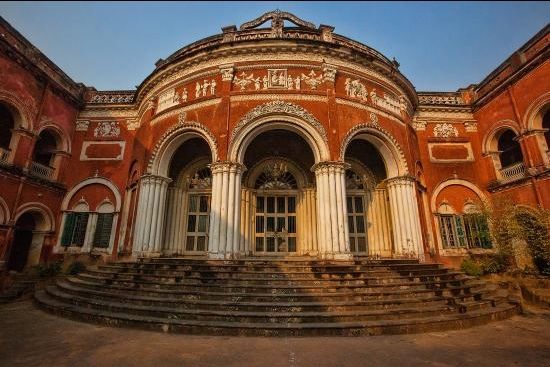 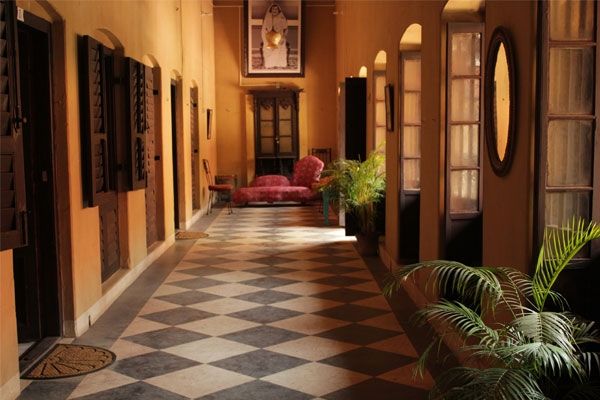