West Bengal Travel GuideWest Bengal TripsCalcutta Bungalow: This Boutique Hotel In Will Take You Back In Time

Calcutta Bungalow: This Boutique Hotel in will Take You Back in Time 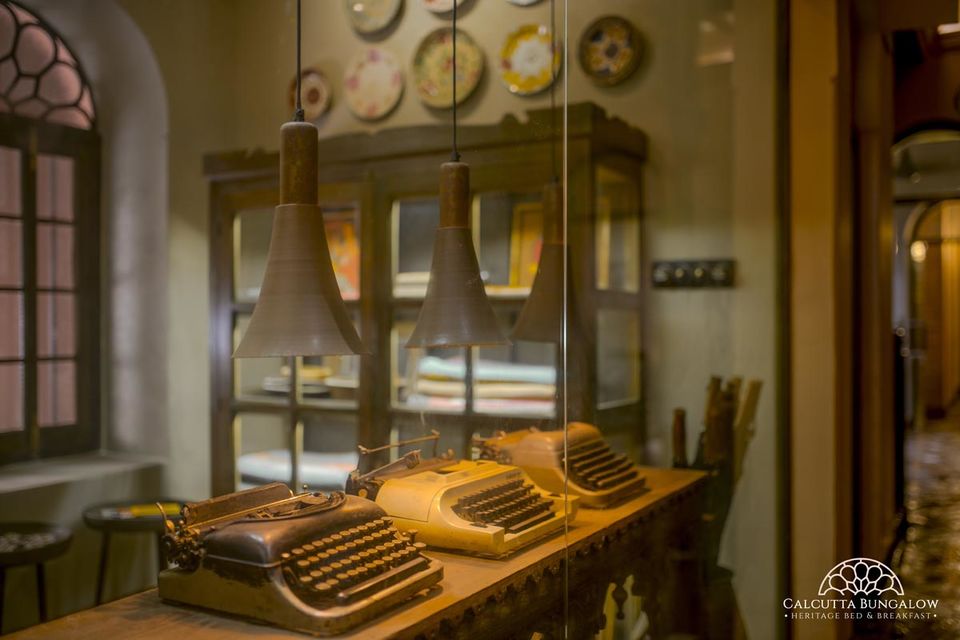 Kolkata, erstwhile Calcutta, was once upon a time the centre of a growing empire. The city of joy owes half of its postmodern landscape to the legacy left behind the British Empire. The history speaks out for itself through the centuries-old architecture of the city. Located right on the bank of the Hoogly River, Kolkata will take you back in time with its ghats, trams and hand-pull rickshaws. Finding a stay in the middle of the city will not only get you closer to the historic monuments but also close to a few celebrated food stores in the city.

Travellers looking for a break from their monotonous work life and wanting to explore physical evidence of Modern Indian History will enjoy their visit to Calcutta Bungalow. The place offers exclusive walking tours and an opportunity to experience Calcutta's old fashioned way of life.

Calcutta Bungalow is a 1926 heritage building. The 20th century building represents the golden era of Calcutta. Placed right in the middle of the city, this hotel is a part of a Bengali neighbourhood.

Designer Swarup Dutta has tastefully decorated the interiors by keeping its old-world charm intact with minimalist designing and adding the right amount of luxury to it.

There are six rooms, two courtyards and a little rooftop in the Bungalow. Each room has a typewriter which is both functional and exquisite. Most of the materials used in the boutique hotel have either been restored or taken from other old fallen buildings or are food products.

Notunbazaar, meaning fresh market, is the dining area of Calcutta Bungalow. Breakfasts are freshly prepared. It comes straight from the market to the plates. There is an all-day active kitchen which offers various cuisines at any time of the day.

The cost of a basic room here starts from ₹6785 (including breakfast) for two persons per night. There are other luxurious rooms available.

The best time to visit Calcutta is during the winters. Generally, from November to February. It is when humidity is low, which makes it easier to explore the city. Additionally, Durga Puja is unquestionably a great time to visit the place.

The boutique hotel offers walking tours for all its guests. This is in association with the famous Calcutta Walks. These walks will help you explore the historic parts of the city that has been hiding in plain sight.

The hotel also has bicycles for all the explorers who want to explore the neighbourhood and see how locals spend their day.

This place is just 10 minutes away from the ghat, where you can sit by the bank of Hoogly River and experience a beautiful sunrise. You can also take a ferry ride in the evening and see Howrah Bridge standing in its full glory.

Eat Your Hear Out:

Food in Kolkata is a way of life. If you come to this city and leave without trying some of its wonders, then there is no point coming here. Traditional savoury and sweet shops like Nakul Chandra, KC Das, Aminia and Arsanal are a must-visit in Kolkata.

Take out some time to explore the architectural heritage of Kolkata. Head to Victoria Memorial, Jorashakho Thakurbari, Writer's Building and Rajbari for some interesting insights.

Calcutta Bungalow is in Shyambazar region of Kolkata. The place is well connected with public transport like metro, buses, autos and taxis.

By air: The Subhash Chandra Bose International Airport of Kolkata is just 30 minutes from the hotel.

By road: The city has several bus stops connecting Shyambazar to the other parts of the city as well as state.