The Secrets of Gandikota

Gandikota was founded in 1123 by Kapa Raja of nearby Bommanapalle village. The fort of Gandikota acquired its name due to the 'gorge' (in Telugu it is called 'gandi'), formed between the Erramala range of hills, also known as Gandikota hills and the river Pennar that flows at its foot.

There is a massive fort which is surrounded by natural deep valleys, impassable hills and boulders making it a very secured fort. The fort can be accessed only from one direction. There is Pennar river flowing beside it in the valley which makes it look like a huge canyon. People in India go frenzy over The Grand Canyon in USA. I have been to both the places but trust me this place is no less. It's is just very small in size compared to the Grand Canyon but in the specularity of the view it is no less. The view point has no road but it has to be trekked which might be of come concern for old and less fit people. But once you trek and reach it the view is definitely worth it.

The other structures include a granary which shows how they used to store food for the fort in case of an emergency.

Then there is a massive masjid( Jama Masjid) and a temple( Madhavaraya Temple) right beside each other the once again signifies India's policy of Unity in Diversity. A heritage festival is held every year in the fort area.

The fort has a separate jail which can be seen even today which shows how cruel and less tolerant the Kings were towards any wrong doers in the kingdom.

The place is definitely a symbol for the rich and varied Indian culture and heritage. It has spectacular views and potential to become a major tourist attraction but as of now it is very less popular. Efforts are being made to develop it into a major tourist hub. I feel it's a must see for every Indian who is wanting to visit the Grand Canyon I urge you to look and appreciate our own beauty first. The place should really excite nature lovers, fort lovers, historians and people who really love to know about the local heritage and traditions.

There is only one resort in the entire area and it belongs to the AP Tourism Departement (Haritha) the room costs a mere Rs.1256/- but it is worth every penny. The resort itself looks like a fort and is just half a kilometer away from the fort. The food is very tasty and decent. The fort is open 24 hours and there is no entry price but the problem would be security as the fort would be absolutely deserted by evening. The hospital and other emergency facilities are atleast 30kilometers away. You can have a look at the fort and surroundings in the morning and chill with friends and family in the resort for the night. The climate at night is outstanding with gentle breeze blowing all throughout since it's just an open area all around with mountains. The nearest town in Jammalamadugu and there are buses from that town to the fort. The nearest railway station is Muddanuru(26km) and the nearest airport is Cuddapah(92km) you can always hire cars from there.

The majestic fort from the outside. 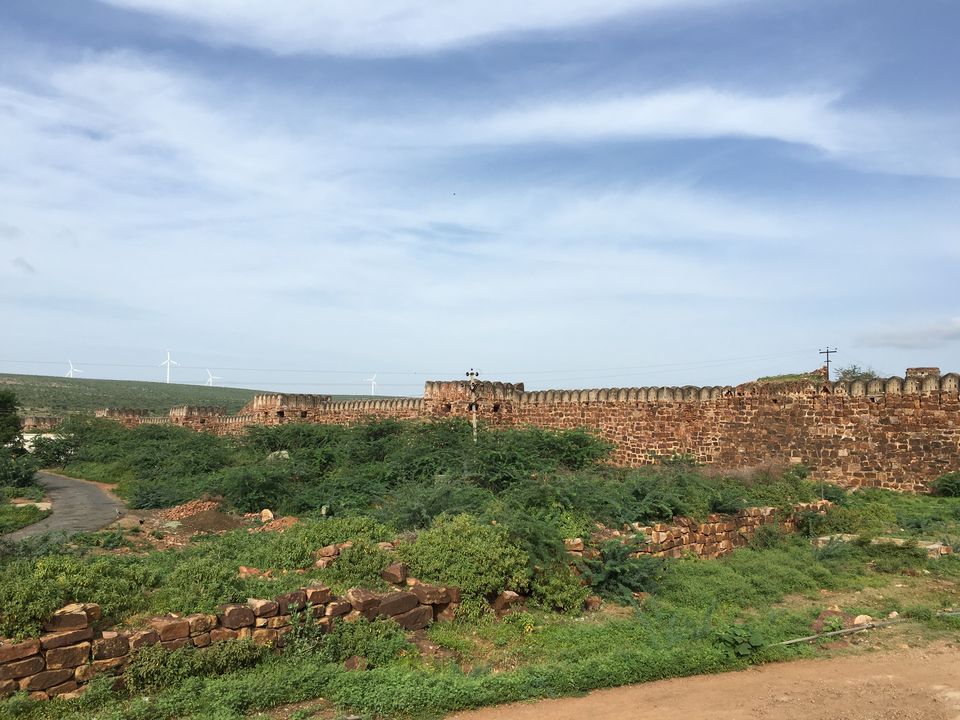 The stunning canyon from the view point overlooking the Penna river. 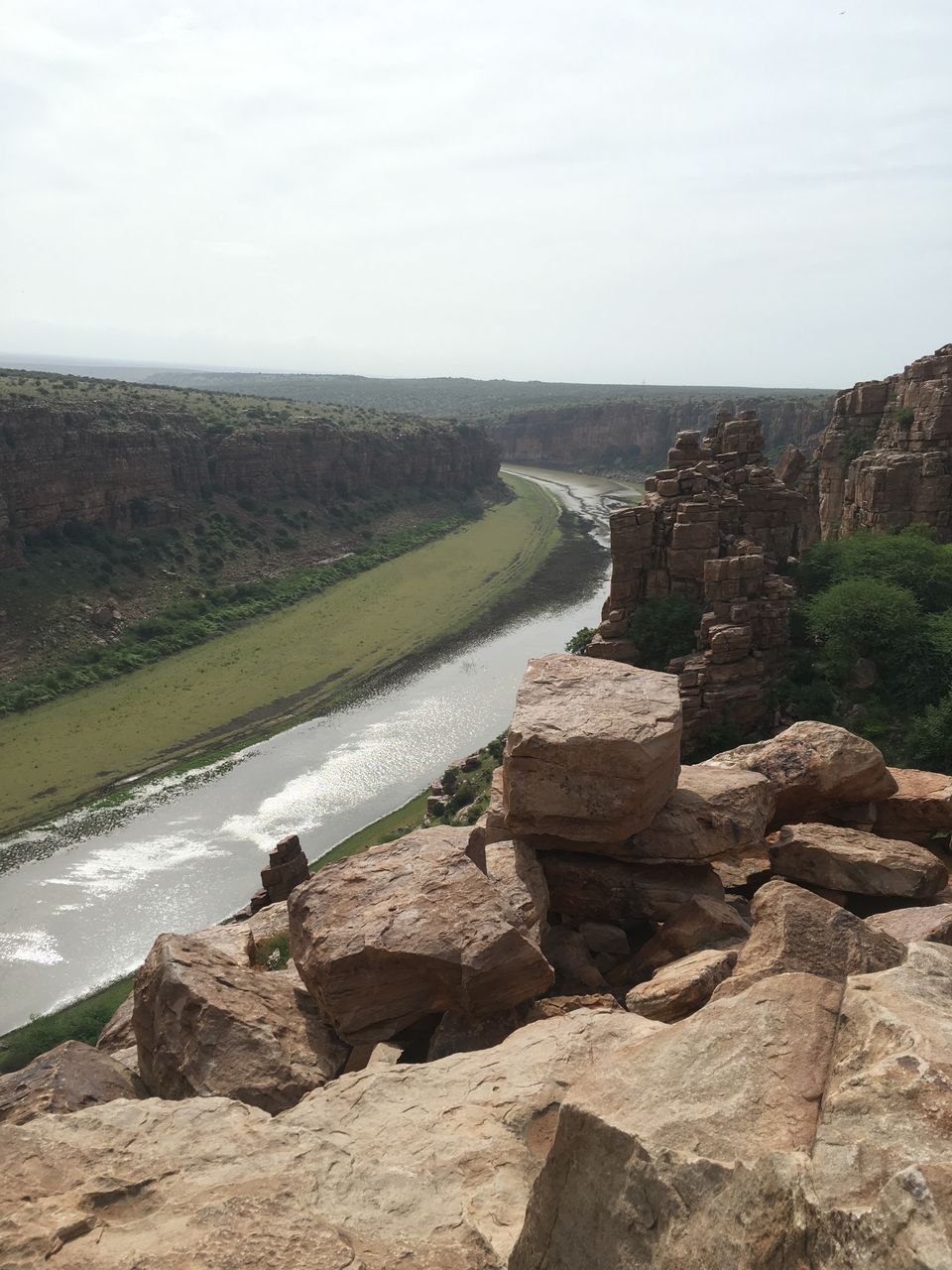 The gorgeous AP Tourism Haritha resort that looks like a part of the fort. 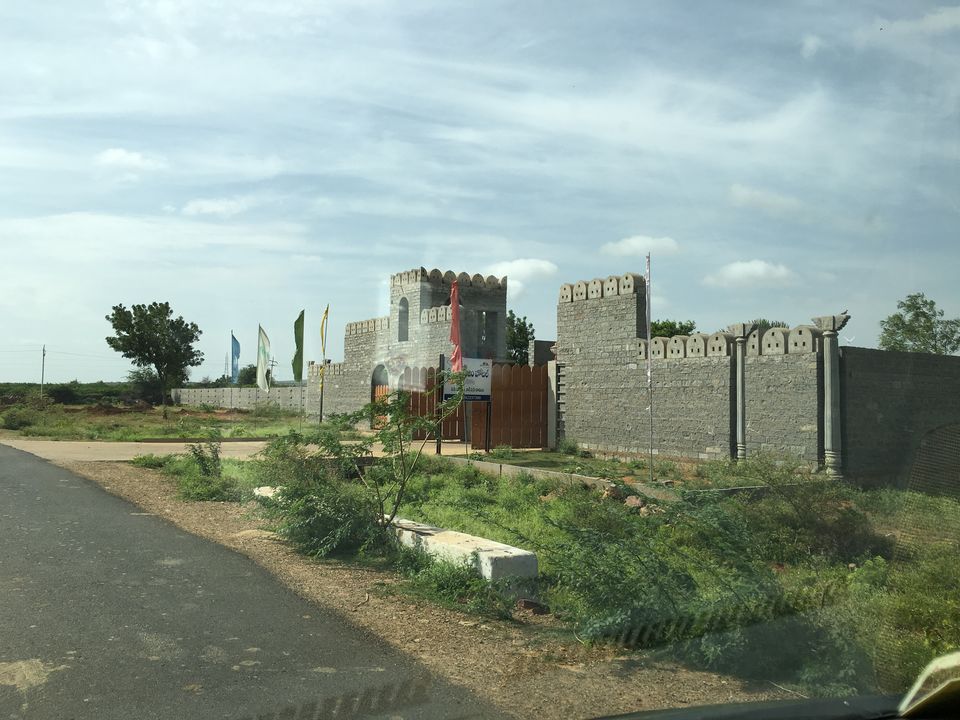 On a lighter side! The Kings swimming pool probably. 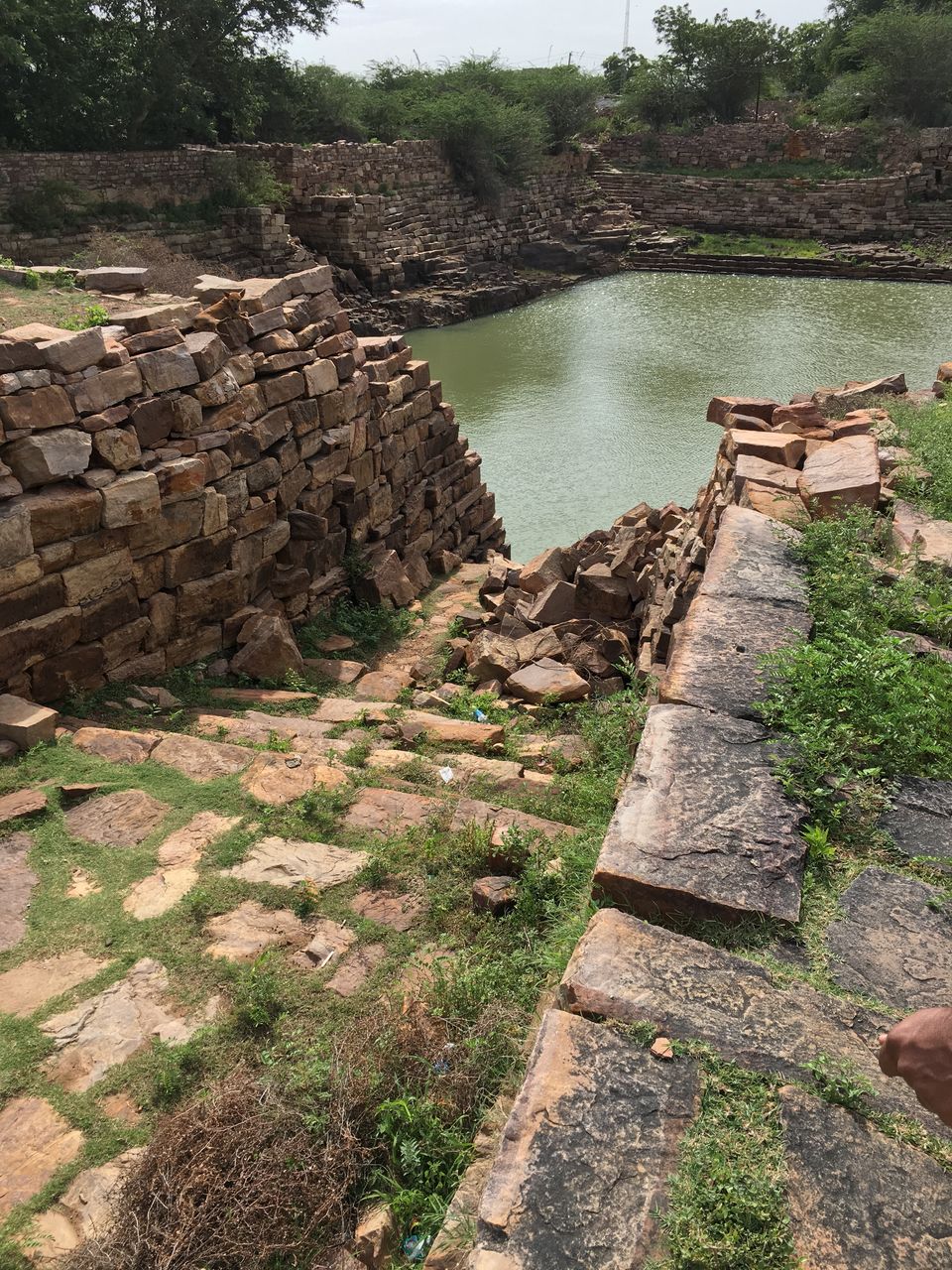 The massive fort wall over the canyon.. 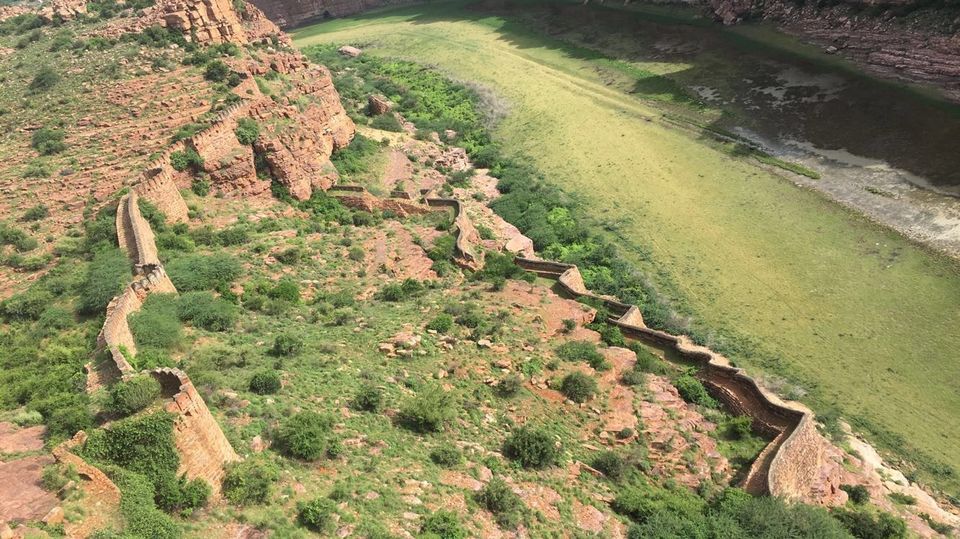 The majestic fort from the outside.