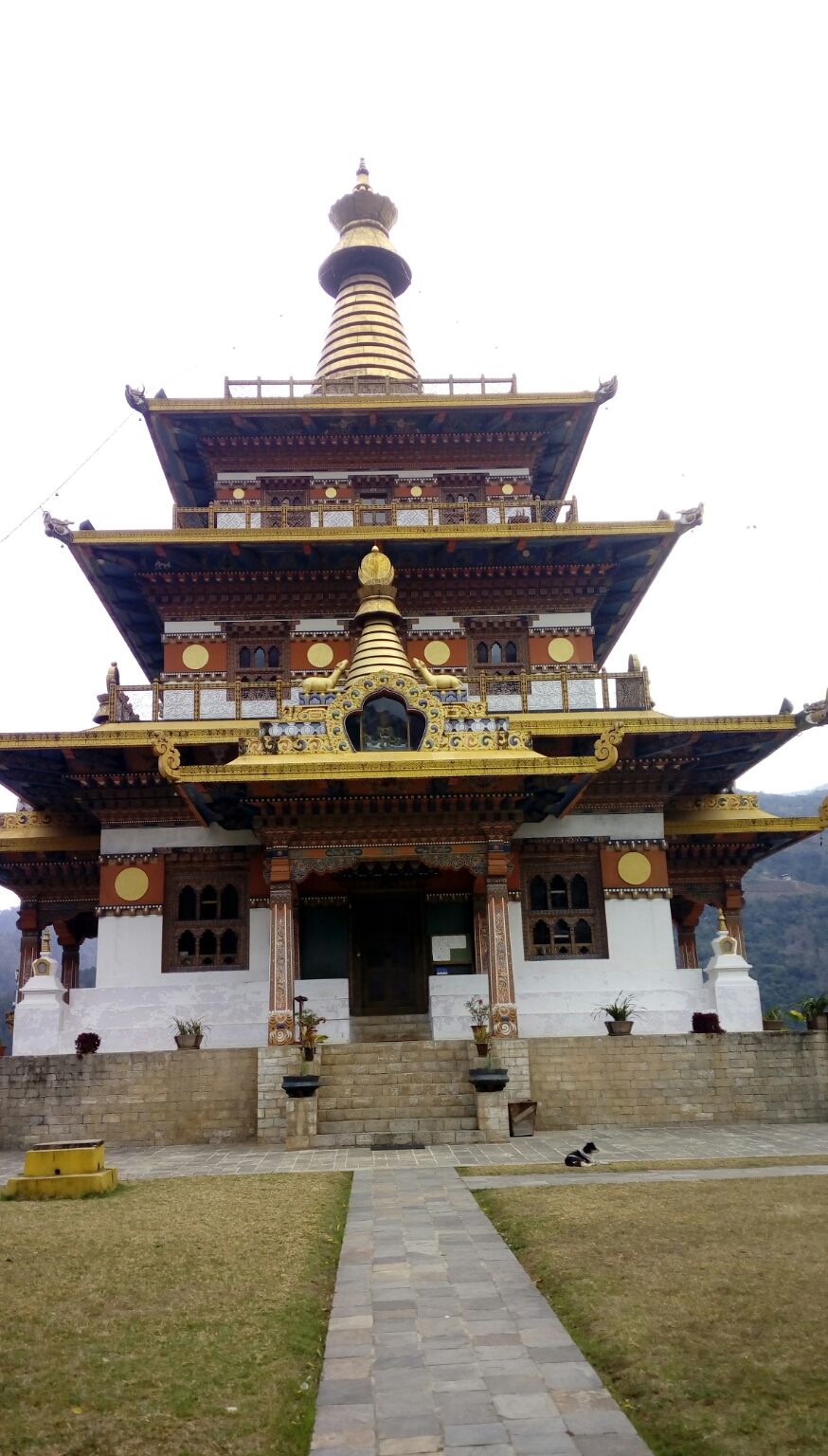 Dream land,picturesque,alluring and definitely an earthly paradise for all the mountain lovers. Bhutan,situated between India and China is located in the eastern Himalayas. Famous for "happiness" we all are looking for ,it is indeed the happiest country so far. I can pen down several reasons so as to why Bhutan should be in your bucket list but for now these are my favourite about this dragon land.

The airline which will ensure the happiness and will give you pleasant views of highest peaks like Mount Everest ,Mt. Makalu(the fifth highest mountain in the world).

2) TO ADMIRE THE CULTURE

Buddhism is deeply engraved in the soul of this country and it is hard to ignore the values of Buddhism and several cultural beliefs. The monasteries and fortresses are magnificent expressing the age old tradition of this country. One can see monuments,prayer flags and mantras everywhere to propagate the faith in people.

The biggest attraction of Bhutan with a history is the tiger's nest. It is believed that Padmasambhav(second buddha) flew there on the back of a tiger. It is sacred and very close to the heart of Bhutanese people. Hanging on the cliff 10,200 ft abv ,it is going to be an exciting trek. I felt a sense of achievement after reaching the top and there's something about this place which will fill you with abundance.

Yes,it is hot and spicy. The only place where chillies are used as a vegetable.

If it is not spicy it is not good enough. Fiery food with chillies and piquant flavours best describes Bhutanese food. If you want to experience gastronomical heaven, Bhutan is the place for you. From EMA DATSHI(national dish of Bhutan) to momos there are enough choices for everyone. Bon Ape tit!

Very integral part of Bhutan's culture is the art and craft that have been practised from the time immemorial. Stonework,sculpting,paper making and woodwork,the country is proud of its artistic heritage.In the past, the arts and crafts hugely contributed toward the socioeconomic need of the people. It continues to remain a major source of cash income for the farmers of Bhutan. Above all, they continue to reflect the way of life and culture of Bhutanese people.

6) FOR THE LOVE OF MOUNTAINS

Bhutan has its fair share of eastern Himalayas and has taken some real efforts to protect its pristine beauty. A country that promotes gross national happiness among its residents has something about it.

Mountains are surely going to melt your heart and make you believe in the power of god. The country is so beautiful and mesmerising that every place is magical.

so I would like to conclude with these lines of William Wordsworth where he says:

''My heart leaps up when I behold a rainbow in the sky".