Wagah border is a place in Punjab province of India, This border is protected by our first line of defence the mighty Border Security Force (BSF). When I was on my visit to Amritsar in last Diwali  (2018 November) without leaving my bags in the rooms offered by Gurudwara I was eager to go and see the Wagah Border😍🇮🇳 which was almost 20kms from Amritsar. I saw that private transport and public transport vehicles going to wagah border so I boarded took a Auto with my rucksack and straightway was going to Wagah border on the way I got to see the Khalsa college built by the British,  the construction was very beautiful then I was so eager to try the Punjabi Lassi as it was just 2:30 in the afternoon so my auto wala gave an opinion of one of the best lassiwala on the way and the lassi was just awesome with full of Malai(Cream). So again started the auto after finishing and started the journey again.
So one time there was a moment that distance boards began to show India-Pakistan border just 2 kms ahead so I felt that I got goosebumps after looking that board. After going a half kilometer ahead I was able to see there were two flags showing up a Indian flag and a Pakistan's flag, whenever I think I mesmerize this place. Talking about the ambience of this place there is a stadium and Vande Mataram chaos given by an Army Officer and the same is followed by people the sound just gives goosebumps🤗. Then the parade on both the sides start and domination plus anger of both the forces can just be felt the same which we feel during a Cricket match between India and Pakistan. Flags and face painting of flags can be seen everywhere. Every Indian feels so positive over here that while coming back he decides to do something for the Nation. The thrill at Wagah border was totally an incredible experience for me. So from 4pm to 7pm I was there and then we have to leave the place. People who travel from India to Pakistan by roads to Lahore go through this border everyday at the time in between parade and the gates are opened and closed.
So this is wagah border. I insist that every Indian should visit Wagah border once in a lifetime to experience this thrill🇮🇳❣
And I end by saying,  'Yaha Waha Saara Jahan Dekh Liya He Kahin Tere Jaisa Koi Nahi Hai'..
VANDE MATARAM🇮🇳 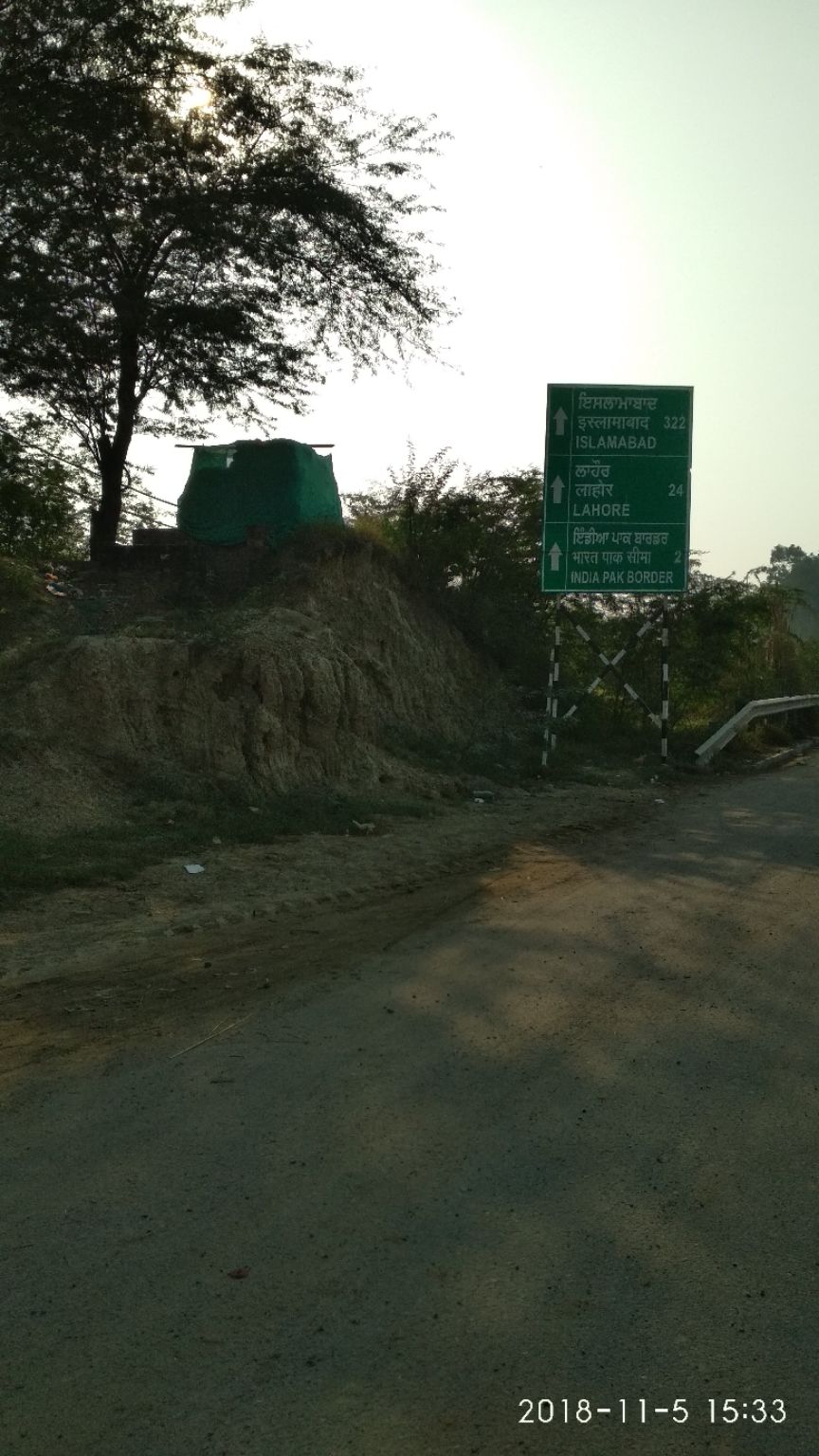 With my travelling buddies 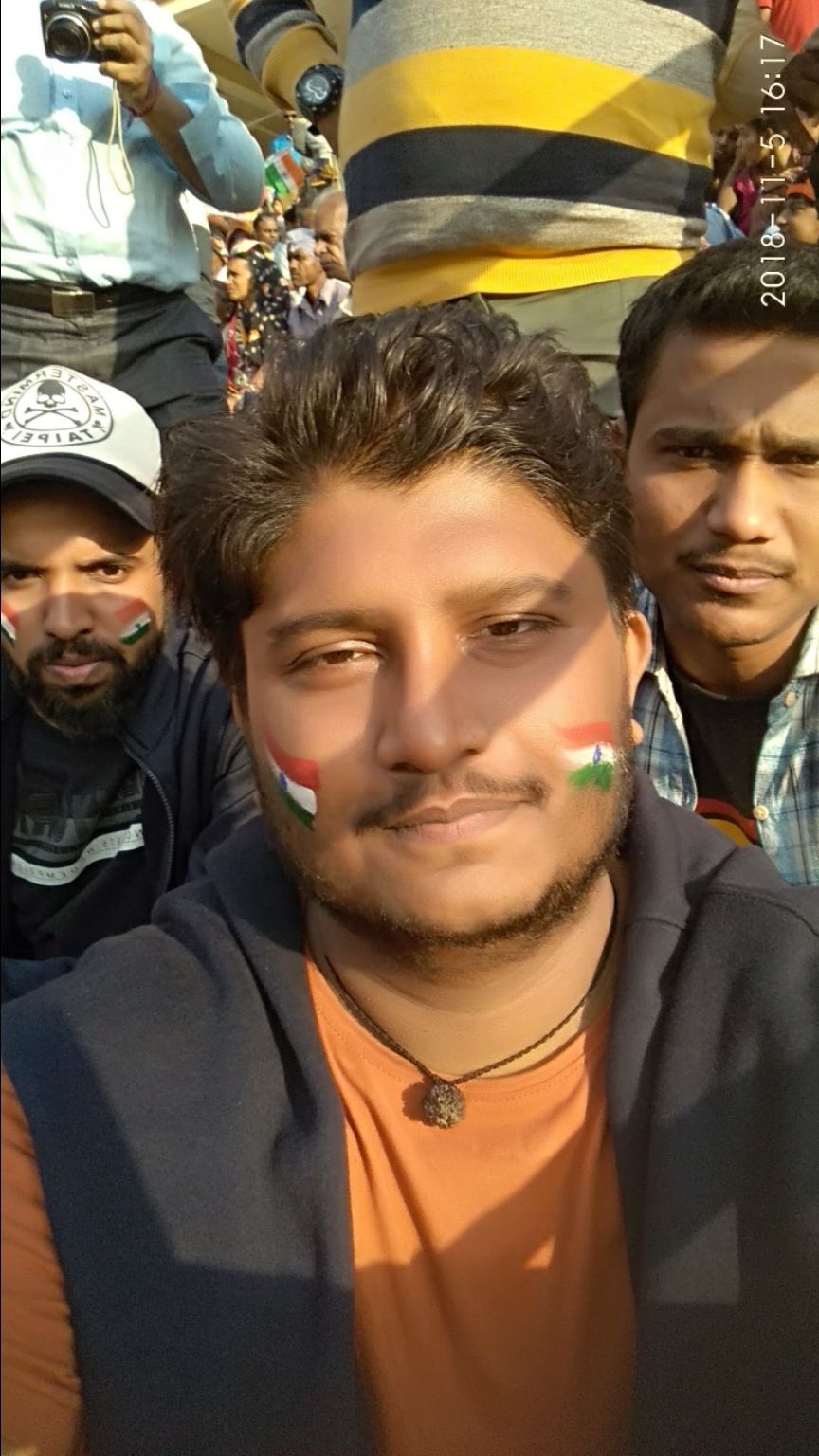 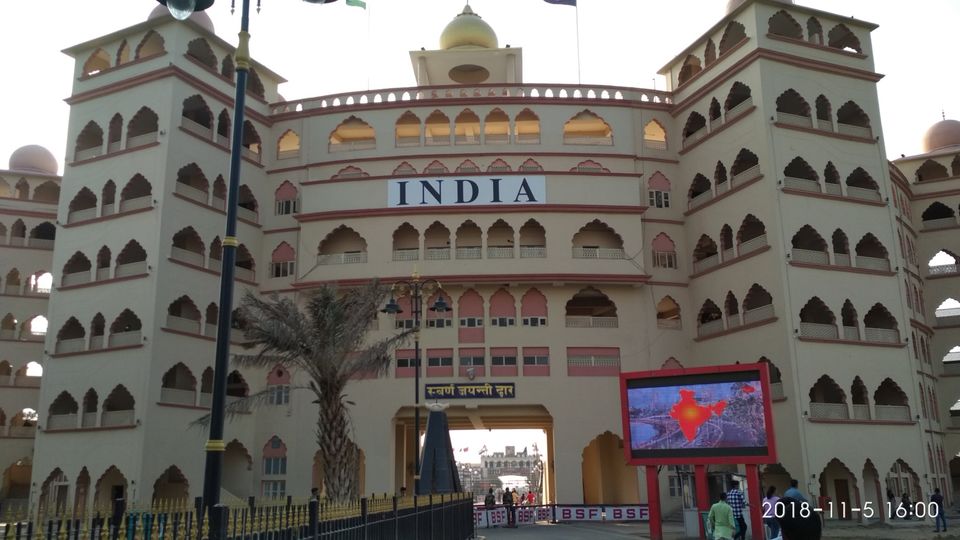 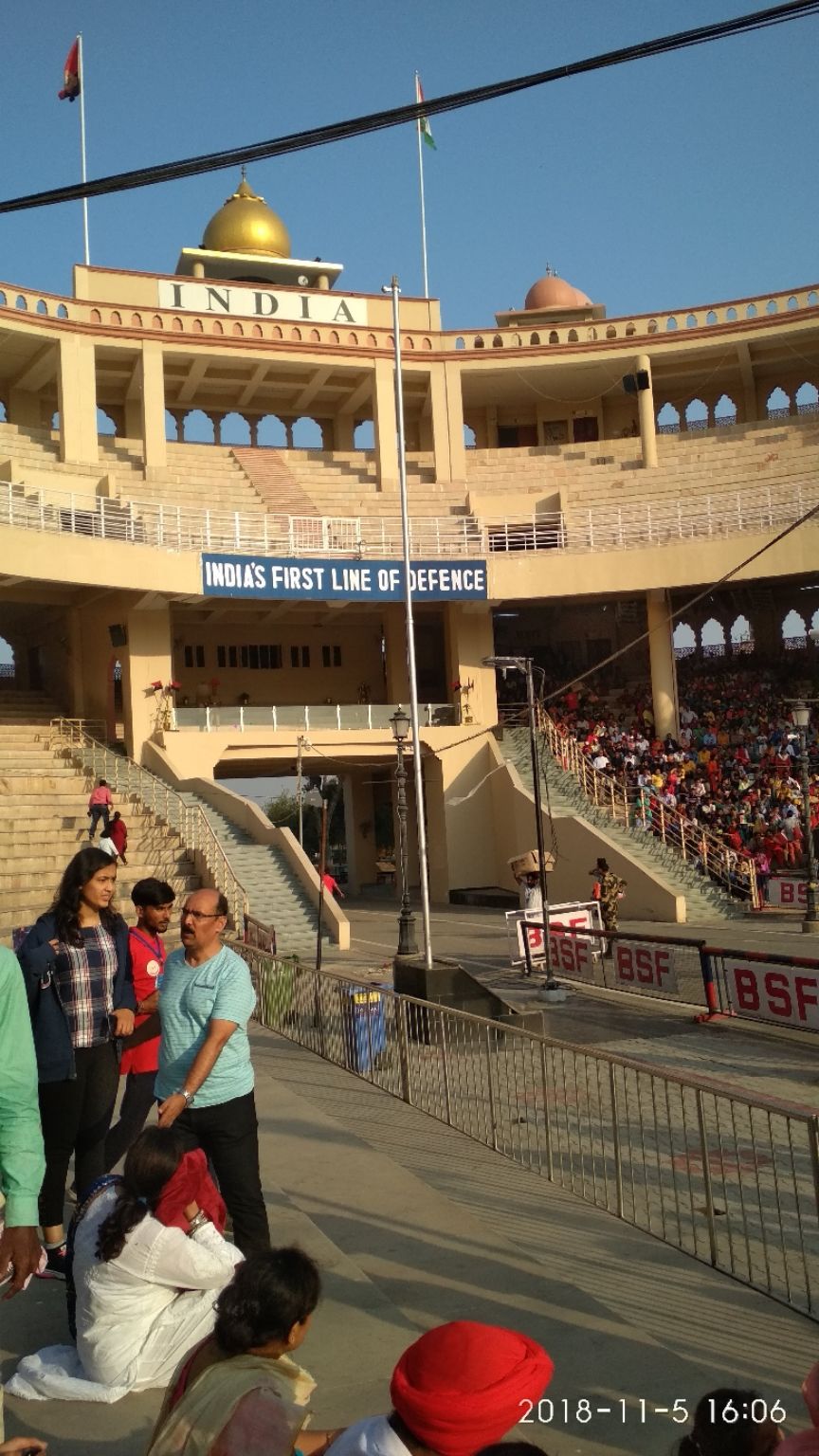 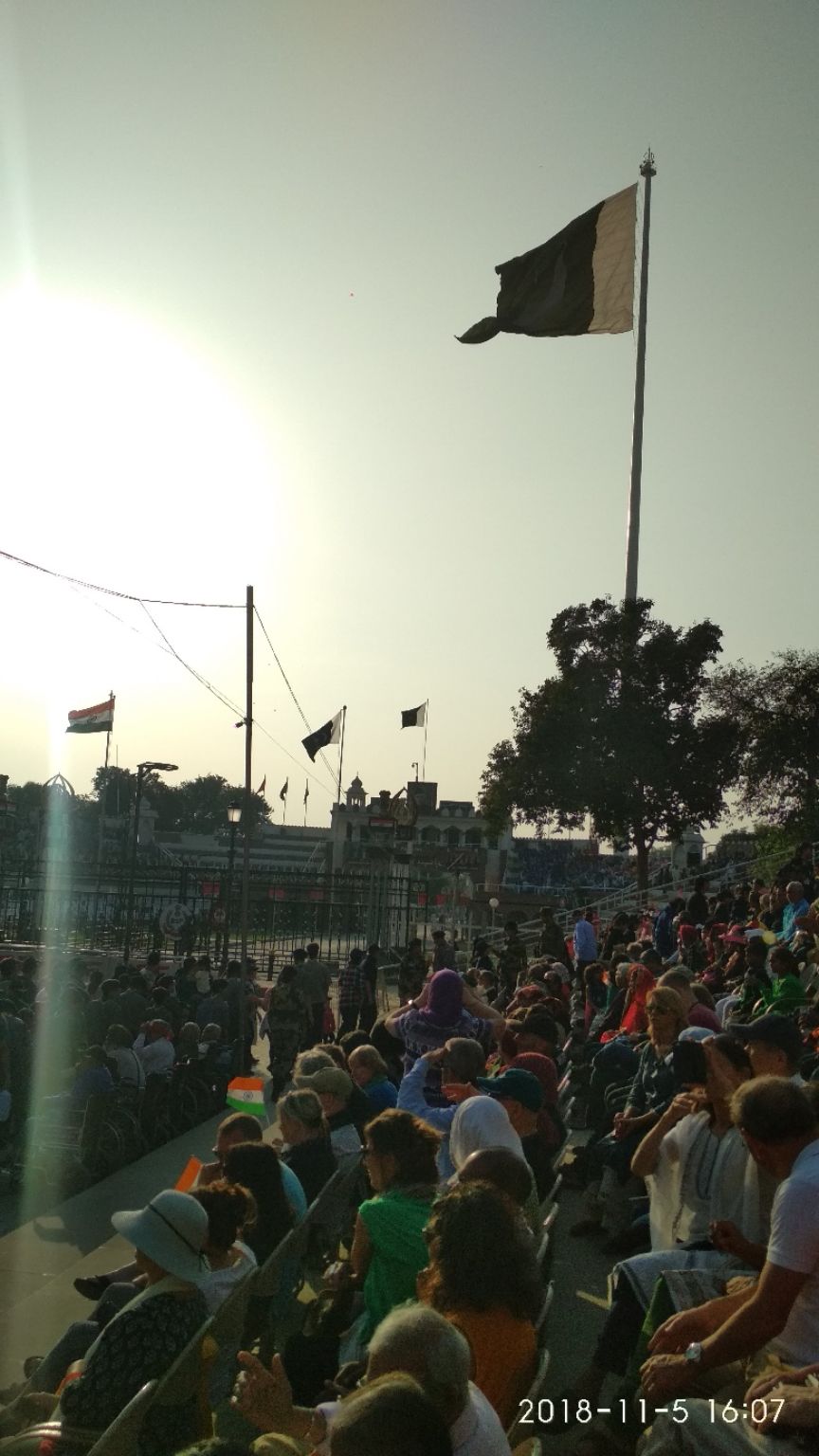 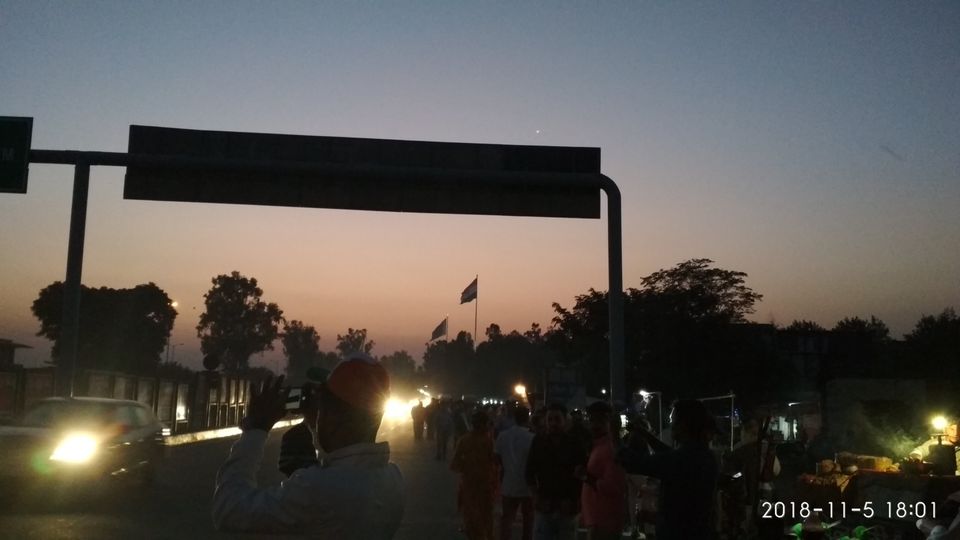 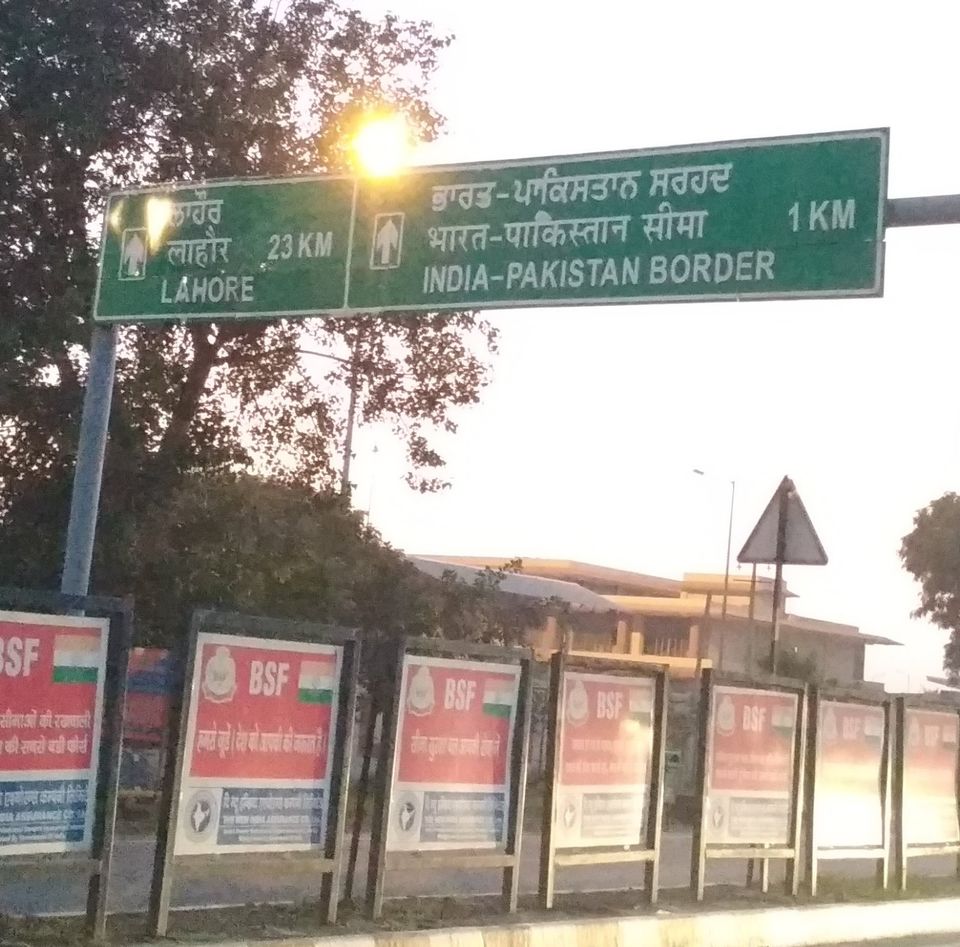