Bolivia Travel GuideBolivia TripsWhy Only Mountains And Beaches, Why Not The Plains?

Why Only Mountains and Beaches, Why Not The Plains? 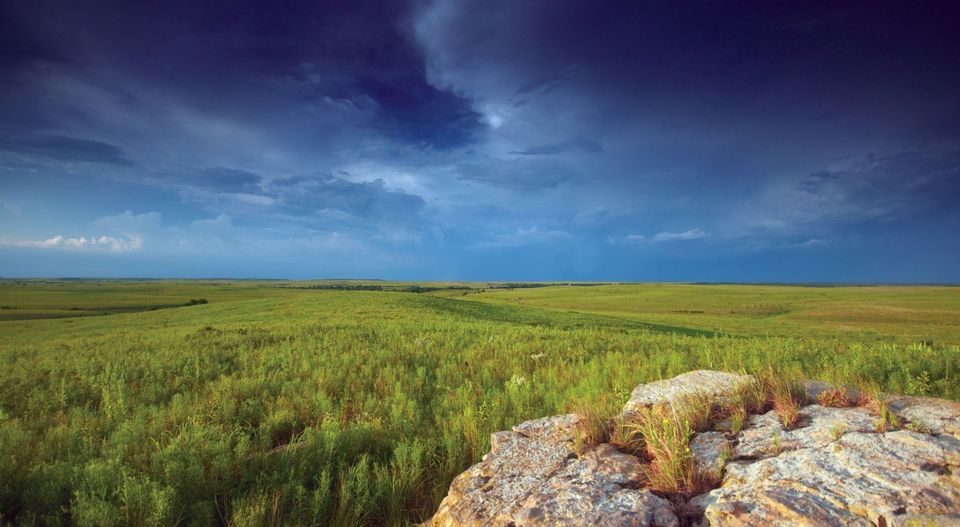 As travelers, we seek the thrill of exploration in places we consider exotic. Mountains and Beaches have been idealized through time as places that offer adventure and bring out that inner self which cannot be explored in flat land. Because flat lands are boring?

Through movies, books, commercial ventures and widely circulated ideas, plains have lost their significance as places of interest. Unless they're of historical significance, of course. But for man, plains were the safest lands to build their homes on. It offered security of land to cultivate and sustain their lives. But hey, that does not make plains boring. Go on, read the rest and see why:

Since plains are the most supportive of sustenance, it is the most likely to offer a fuller experience. The plains are generally not visited because the weather is not as pleasant as the mountains or the beaches but hey, is that a good reason to give up being a part of something that is truly wonderful?

Our priorities during our vacation is generally to make the most of time that we spend in the place we're going to visit and make sure we have varied experiences. A 'different' experience does not necessarily have to be fitting what comes to mind first when we think of 'different'.

There is a whole lot more to do on the plains than there is on a terrain which might be the attraction itself but does not support a lot of variety in activity. Plus, if you'd notice: hilly regions try to make itself like plains to support tourism and the people who live there. Beaches and the lands around them are not fertile thus, the landscape is unlikely to be very green or versatile.

At the cost of this sounding ridiculous, I'd like to add how much more we tend to do in the plains. With easier modes of commutation, we open ourselves up to more options. Sometimes when we see a scenic place, we tend to not go beyond that and stay in one place. With the plains, I notice, we tend to move more and see more than we generally do in the hills or beaches. The typical 'why do we have to see so many things when this place is so pretty!'.

Don't write off the plains as being bland. They're not. They offer their own kind of beauty and what's better is, they offer more ways of enjoying and being amidst it. For example, we just look at trains as a mode of travel but sometime, just consider it as a means to take a closer look at the plains. There is so much variety in just one stretch of land.

Here is a list of some of the most beautiful plains in the world, or so in my humble opinion:

Shared by both United States and Canada, the Great Plains cover parts of almost 10 states. Essentially it is a stretch of flatland covered in prairie, steppe and grasslands and covers a vast expanse of 1.3 million km2. If I lived in the region, this is where you needed to look for me.

Salar de Uyuni amidst the Andes in southwest Bolivia is the world's largest salt flat. Due to the habitat, wildlife as such is rare here but you can find pink flamingos and I'm assuming, its a sight one wouldn't want to miss.

In itself, Wadi Rum, is an absolute stunner. The stunning sandstone mountains, spectacular desert valley filled with canyons, dunes and arches, makes this place my personal favorite. But to be honest, it's not just me. This Valley of Moon has been the filming location of multiple films like Lawrence of Arabia, Prometheus, Martian and several others.

Oh this place is just lovely with its stunning grassland and wide variety of wildlife. Located in northern Tanzania, this grassy plain is known not just for its massive annual migration of zebras and wild beasts but the marshy waters are known to house a variety of crocodiles in the Grumeti River. Apart from that, several rare species of both birds and animals are to be found here. The sheer diversity is what makes my mind boggle.

This is a densely packed saltpan in Tooele County, Northwestern Utah. But that all aside, this region is known for hosting landspeed racing events and that is what caught my attention. Research says, that you can drive really fast; like really, really fast here. Say 900 kmph. Tell me if that does not send a shiver down your spine.

Maldives is the flattest country in the world! Being between 1 and 1.5m above sea level, this does not bring to mind a boring place, does it? Yeah that's what I was talking about. Consisting mainly coral islands, this country is one of the most stunning places on earth and definitely very different from almost every other place that you'r used to!

This UNESCO World Heritage Wadden Sea is the world's largest unbroken mudflat. Its filled with sand-dunes and beaches and rare species of wildlife but hey, that's not why I mention this. The North Sea beach is one really beautiful white sand beach which attracts sun-starved Germans. It definitely attracts me too!

Yep, good 'ol homeland it is. Needless to elaborate, India has a combination of flatlands, hills, beaches, etc. And although we tend to flock to the hills or beaches, I'd urge and I mean, really urge you to sidestep and take a look at our central flatlands. What I'm trying to say is, discover places in India that you generally overlook because they don't have hills or beaches. Go to them and you'd be amused!