Varanasi Travel GuideVaranasi Trips6 Reasons Why You Must Visit Varanasi

6 reasons why you must visit Varanasi 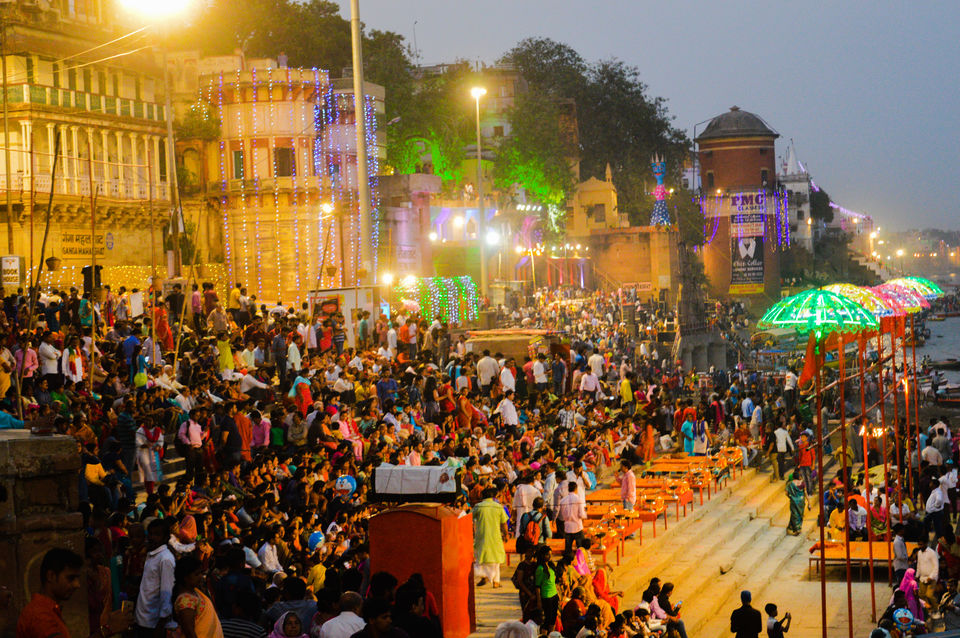 Why do so many travelers specially foreigners visit Varanasi? why this city is one of the most visited tourist place in India. This was something that I wanted to understand because it does not offer you mountains or beaches or a great weather, just the holy river Ganga which flows along the city.

The city is not far away from where I live so I took my backpack and went on to explore it during one of the most celebrated festival in Varanasi which is Dev Deepawali.

The trip was an amazing experience and I got my answer.

here are the 6 reasons why you must visit Varanasi

The Ganga ghats are the riverfront steps leading to the banks of the river. There are 5 major ghats which run parallel to the city main road and all are connected.

The ghats are undoubtedly the most peaceful and refreshing place to be at, all day all night. You just have to keep walking with a camera in your hand and a lot to capture.

It's a pure bliss to sit on the ghats for long hours, sipping the lemon tea and cool breeze running through your face making it very refreshing.

I may not have seen the entire India but to me Varanasi was very close to a country which was earlier known for its sadhus and snake charmers. The place has that charm which made me feel as if I have traveled back in time.

Varanasi rightly depicts India which is transforming into westernization because one will find people with old beliefs and new at the same place. We have come far but still a lot to be done.

The biggest avenues of travelling solo is that you get to meet interesting people. I visited during a festival and chose to stay in a hostel where I met a lot of awesome people who were open for socializing as if I already know them.

Most of the people I interacted with were either passionate about what they were doing in life or figuring out which was motivating and a learning experience.

New and random people used to interact all night while jointing in the hostel or go out to eat or go to ghats and relax.

The city offers enough to satisfy all your taste buds because their is variety of tasty food and it won't disappoint you.

Starting with the filling and refreshing fruit lassi from blue lassi shop, hot and crispy kachoris at the kachori gali, oven baked smoky thin crust pizzas at the pizzeria vaatika cafe on the assi ghat and many more to the famous banarasi paan.

Cafes in Varanasi are great as they serve different cuisines like Israeli, american, Italian, french, etc.

for some reason, you feel like eating a lot of good and tasty food in Varanasi.

If I have to describe Varanasi in one word then its 'vibrant'. That's how people, shops, ghats and the entire city is, full of colors.

The shops in the cozy lanes of the city has a lot to offer. from the small idols of gods to the jazzy hippie clothing have one thing in common and that's colorfulness.

Even the ghats are full of colorful paintings, lights, lamps and people with colorful attires.

The boat ride in Varanasi should be called a 'joy ride' in its true sense. One can experience the activities happening at the ghats in the calm waters of ganga from the other side of the ghats.

The boat ride to me was actually the high point of the trip since I got to witness the great Dev Deepawali festival from the boat although reaching to the boat in that crowd and chaos was a task in itself but the sight of thousands of oil lamps lighting the ghats was totally worth it.

I would definitely recommend any traveler to visit Varanasi at least for once.