After the initial shock of ‘bounds, byramids and sibinx’ (Pounds, Pyramids and Sphinx) I concluded that if I could ignore the mix up of consonants and the constant badgering of taxi drivers and self-appointed guides offering to show me their heritage for a ‘good price’ with promises of a Nice-Time Afterwards (NTAs), I could actually enjoy the numerous free teas and gifts the locals insisted on pressing upon me because, ‘I Like Indian – Amitabh Bachchan.’

So I did just that. Enjoyed free tea in the chaotic streets of Cairo and escaped with my wallet intact! The trick was to show enough interest in the wares to coax the tea into making an appearance and stay just long enough to consume it and leave immediately after.

For if you are backpacking in Egypt and are a single female to boot, it helps if you are armed with loads of attitude, humour, selective hearing and good running shoes. Frequently the situation might demand the application of all three.

As all good visitors to Egypt, I too kept my appointment with the Sphinx and her precious Pyramids, after nearly being conned into hiring a taxi outside Cairo railway station for EGP 120. Something about the money smelt fishy and a few inquiries later I reached Giza on the Metro for one Egyptian Pound! My senses had been well tuned to detect deception in “very good price, special for Indian” and I wasn’t going to be cheated again. The memory of the expensive train ticket from Luxor to Cairo was fresh in my mind and I resolved to make good by being as penny-pinching as I possibly could in a place that functioned primarily on baksheesh.

Thus focused, it wasn’t hard to escape the stream of taxi drivers outside Giza station and I escaped to the nearest bus-station for transport. Those traveling on their own will be happy to know that there are many options to reach the village of Nazlet el Saman, the doorstep of the Pyramids, namely the micro-bus, big bus and taxis with proper meters.

When I finally made it to the Pyramids after haggling with the camel-owner over tea for ten minutes, the desert had been taken over by tourists. My camel, a handsome fellow with pyramids carved into his behind, prone to farting when goaded to speed up, sensed my unease and decided to give me a hard time. So I rocked my way over the sands worried I would drop my bones before I made it to the greatest wonder of the world. Rami, my handler cum guide, explained that the camel responded strictly to Arabic (Yalla Yalla) and sharp kicks, which was cruel.

But the sight of the Pyramids more than made up for the camel’s indifference and as I pressed my face against the colossal stone wonder, a thought came to mind.

It was a big moment to see the Pharonic pyramids so close. There is not much to see inside the Pyramids, (the mummies now rest at Cairo Museum) but once there the enormity of the situation strikes. The dark passageways can be a bit claustrophobic, but not enough to kill you after all you are standing inside a man-made mountain built centuries ago, even before the abbreviation A.D was conceived! Every stone that went into the making was put together over decades of hard labour and shaped into death-defying structures for Pharonic kings who didn’t live long enough to see their dream fulfilled. As I stared at the walls, my thoughts went back to the poor, agonized workers who erected the monument.

At this point, I gave up trying to photograph the pyramids and concentrated on breathing. It was cold, the December chill adding its share and the milling crowd did their best to appear without the protective overcoats in the pictures! To be fair, I did too, not wanting to ruin my million-dollar-picture in an oversized jacket.

The fog thickened as we made our way out and in the haze, the Sphinx with her broken nose didn’t look quite so happy although she kept her watch on Khufu, Khafre and Menkura (The Great, the Centre and Smallest pyramid respectively). I vowed to return the following noon to see her in all glory for I was staying the night in Giza. Despite the not-so favourable conditions, the ever enthusiastic tourists got themselves photographed with their hands over the Sphinx _ oh, don’t I just love the optical illusions!

My camel handler was surprised to see me return so soon, seeing his chances of receiving baksheesh vanish! The baksheesh however was open to negotiation depending on how fruitful your visit was and how well behaved your camel. I could overlook the camel-farts and unpredictable fog for sure. But Rami need not have worried; for he had been particularly helpful. With little encouragement he had bounded up one of the smaller pyramid and secured a piece of stone as a ‘souvenir.’ Tourists, he explained condescendingly, always wanted something to remember, as if being in the very presence of the Great Pyramids was not enough. He was a shrewd one, I thought, slipping the stone into my pocket. He truly deserved an extra pound.

Once the baksheesh warmed his hands, he loosened enough to tell me about the ‘authentic’ papyrus museum outside the Sphinx gate. ‘No hassling, no cheating,’ he said as he walked away with the camel and I limped to the nearest store ready to collapse. Camels surely aren’t the most comfortable way to travel. I found the store without any difficulty.

The grinning proprietor pressed tea on me and explained the methods of making Pharonic writing paper. You cut out a piece of papyrus stalk, remove the outer green, then slice the naked stalk into paper thin strips, soak them in water for 3-4 days to remove the sugar content, press it with a rolling pin, stick strips one over other, keep them compressed for few days and voila, your papyrus is ready to use!

Ingenious, I thought, and eco-friendly. After haggling over the price (from 100EGP to 20EGP), I settled for a small one and had my name written in hieroglyphics for free. He offered me another cup of tea and this time I felt I had earned it.

However, a word of caution: Pharonic writing paper is also made out of plantain stem and the only way to tell the difference is to crumple the paper and see if it breaks. Real papyrus does not. Even government-run museums are inclined to be deceitful and can slip you a plantain-stem-made paper, while smiling at you and wishing you years of luck.

My papyrus cracked. Fortunately, the tea was good.

I have seen some strange and weird places for sure – but this one in Cairo (in an area called al arafa) took the cake! City of the Dead or the Cairo Necropolis is as strange as it gets! It is actually a cemetery - with densely packed tombs and mausoleum structure among which people have set up houses and tea-shops, no less! Kids here play in between the tombs – unafraid.

I spoke to some residents and most of them seem quite happy to live where the dead live! Some have set up homes around the tombs – family inherited. One particular lady (in pic) has lived here all her life and says, she hasn’t much choice – as is, often members of the family are forced to sleep on the tombs for the want of space!

Pretty close by is another stranger city called “Garbage City” – where people dump garbage on their rooftops for the want of space, these two cities has some of the poorest people living in it.

The majority of people who live here, however are Muslims and few, Christians.

Those of you are traveling for the first time to Egypt on your own remember that tourism means money and most touts hanging around the train or bus stations can do with the extra pound and will go to any lengths to take it from you, even going so far as to give you the wrong info. 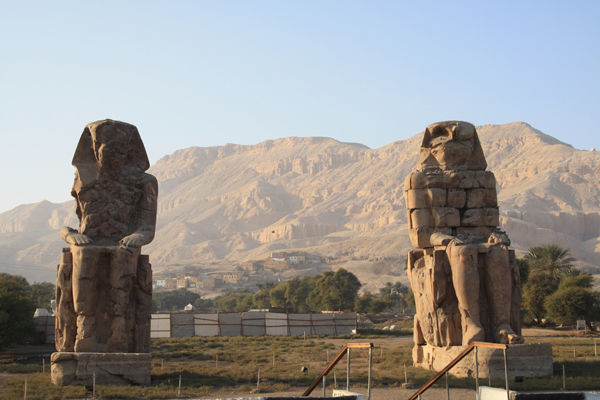 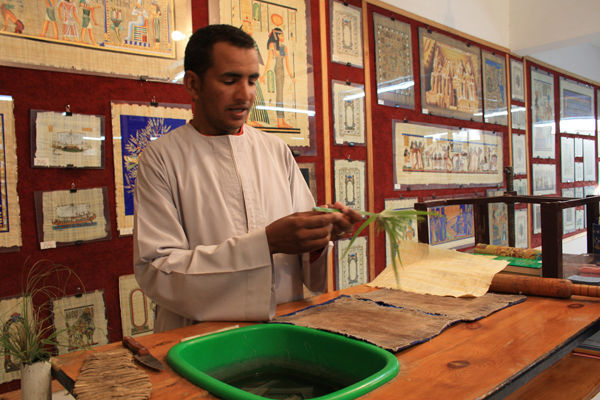 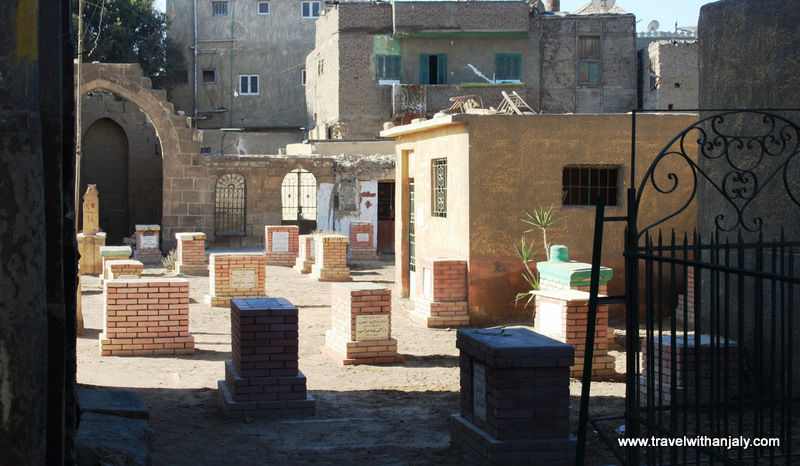