In a Chiang Mai state of mind! 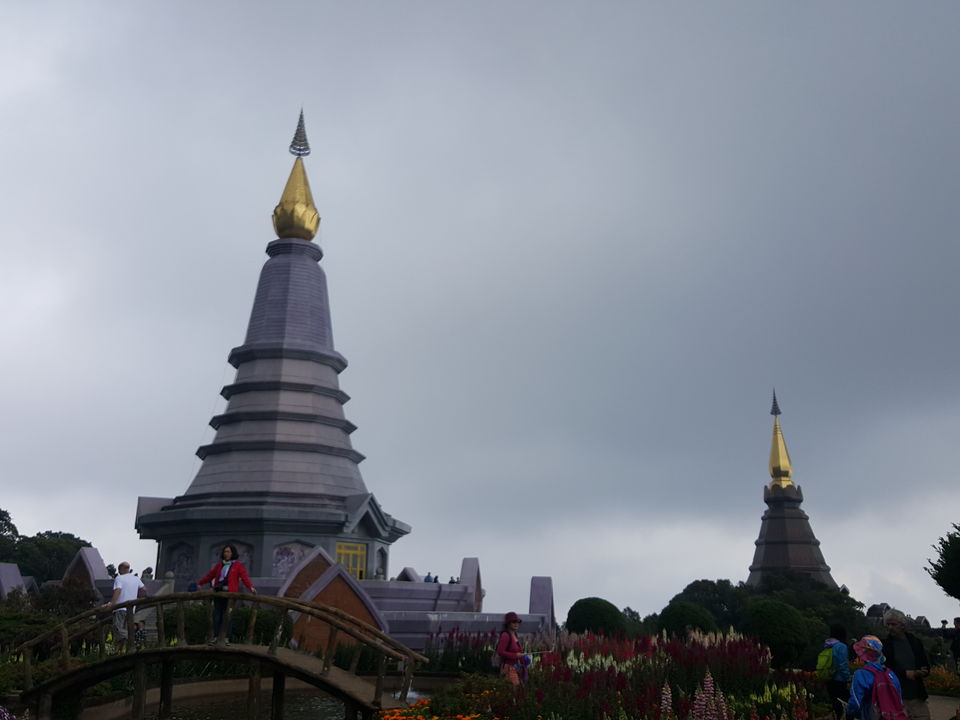 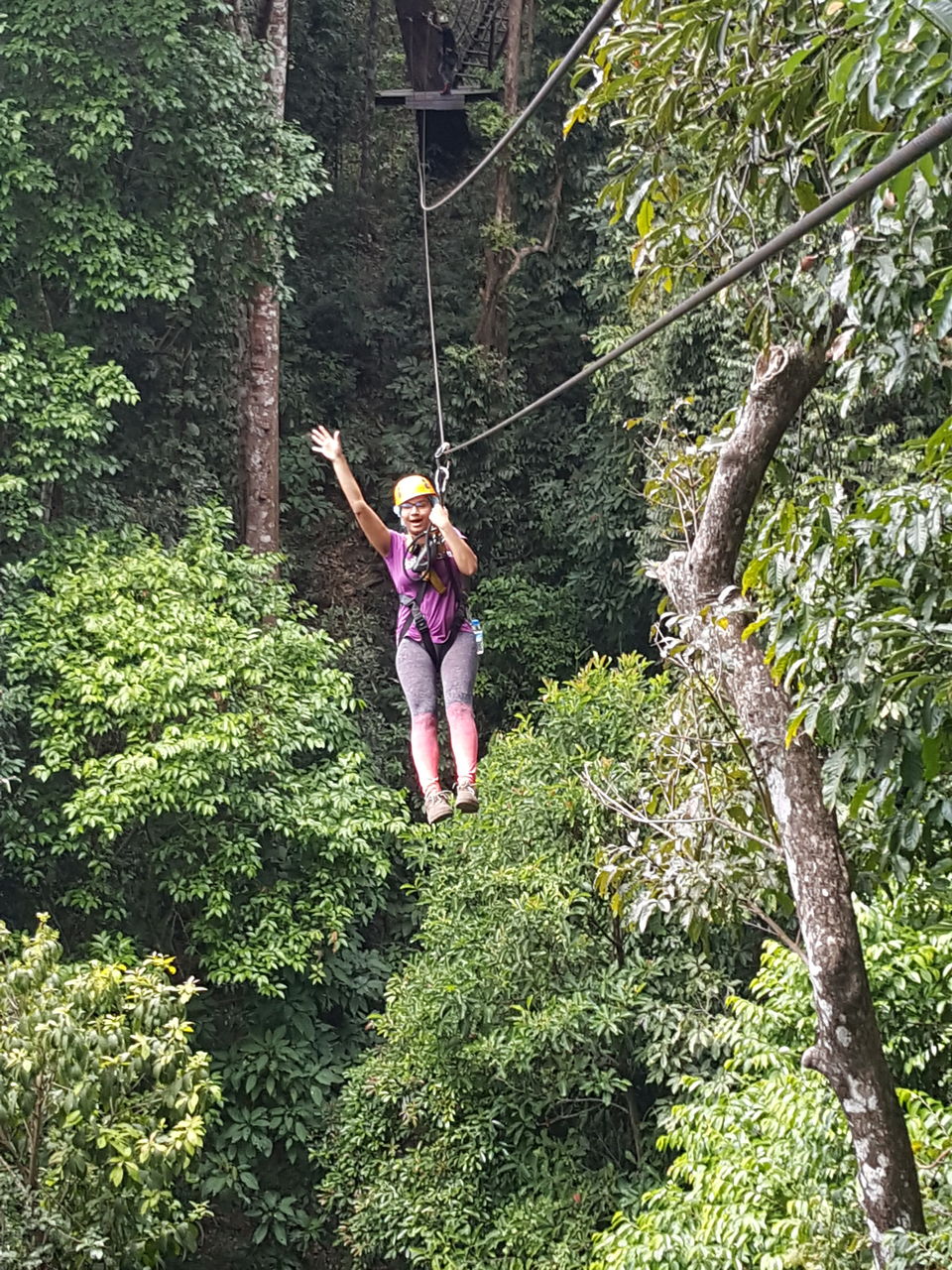 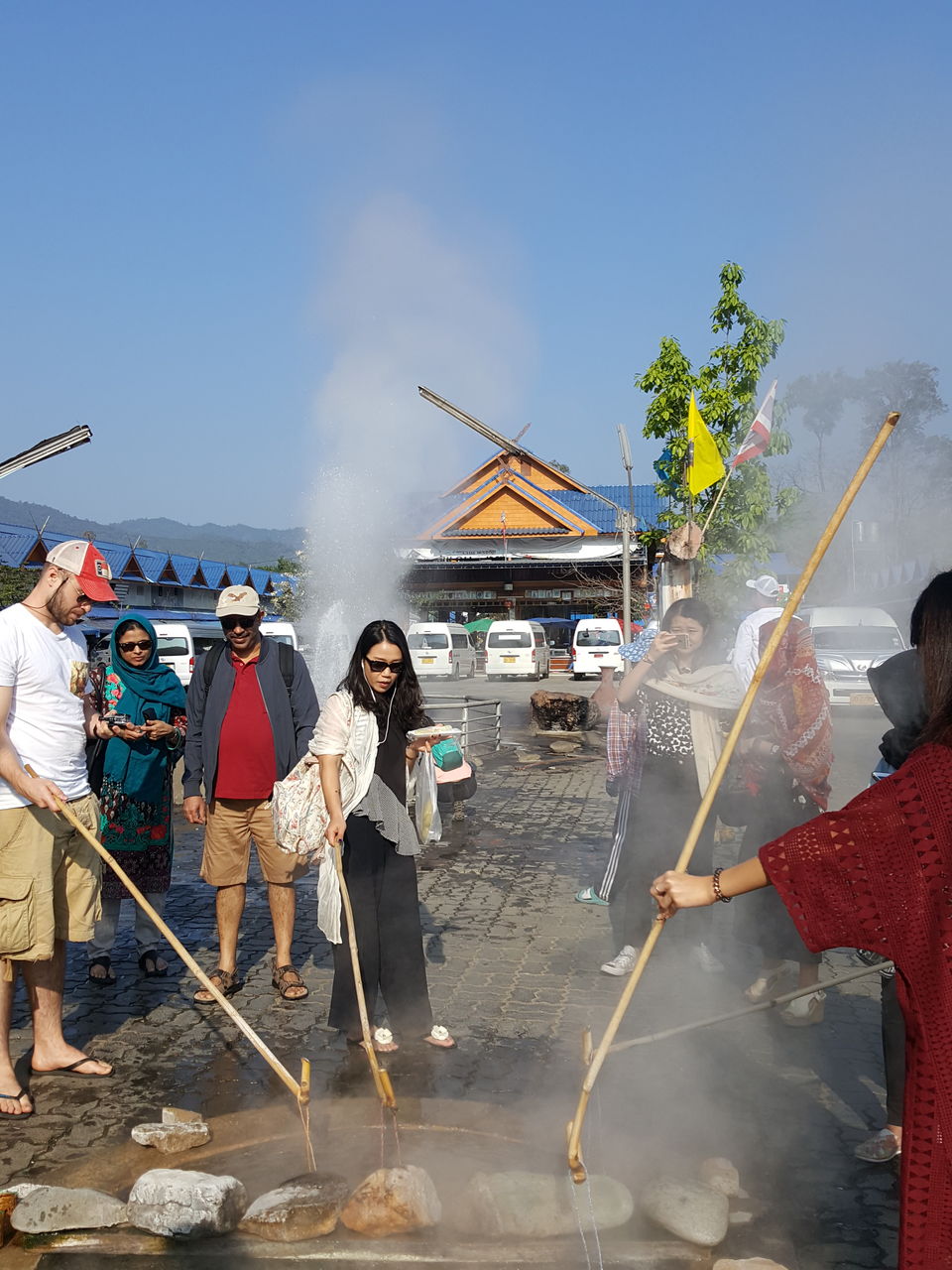 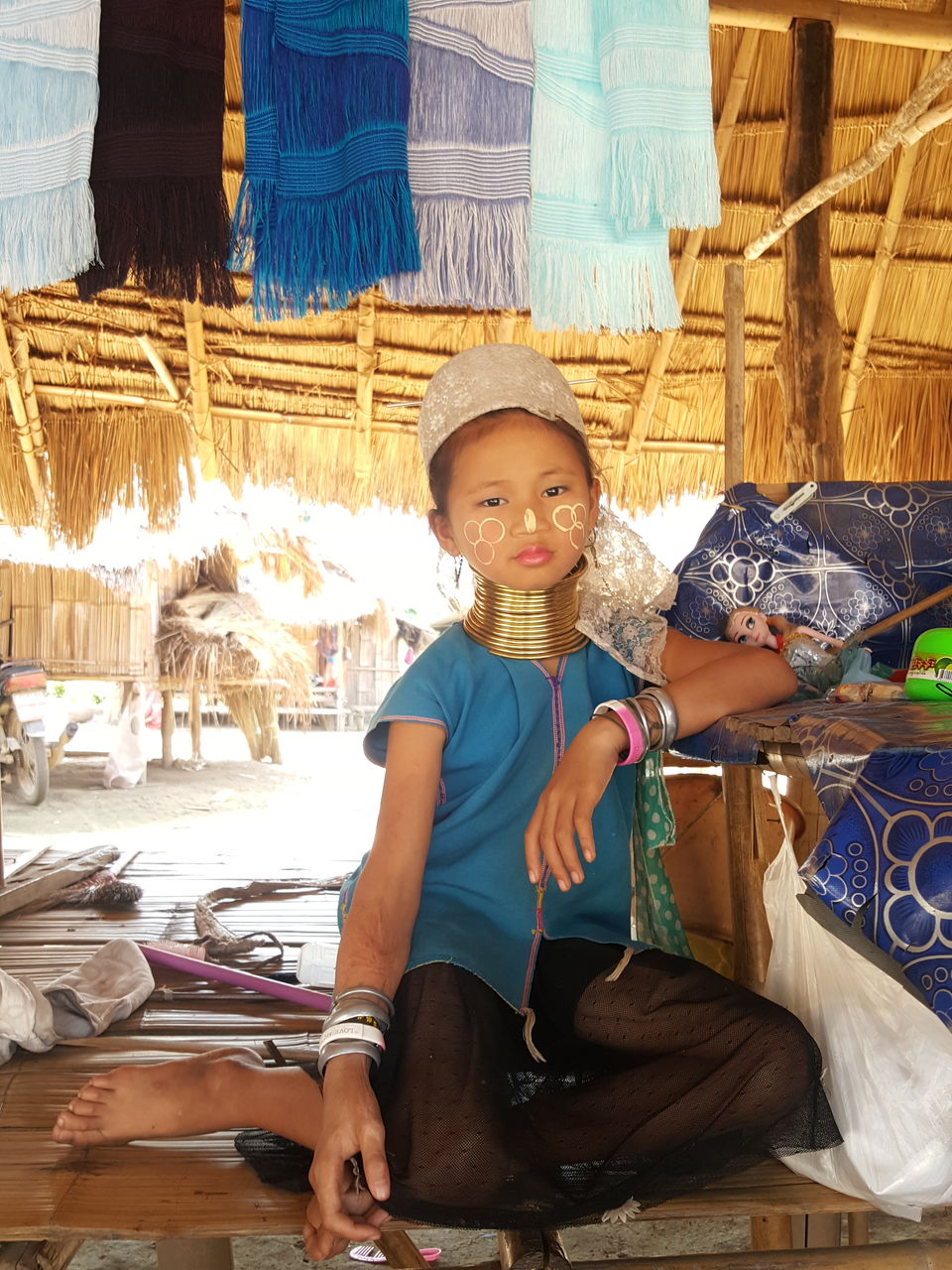 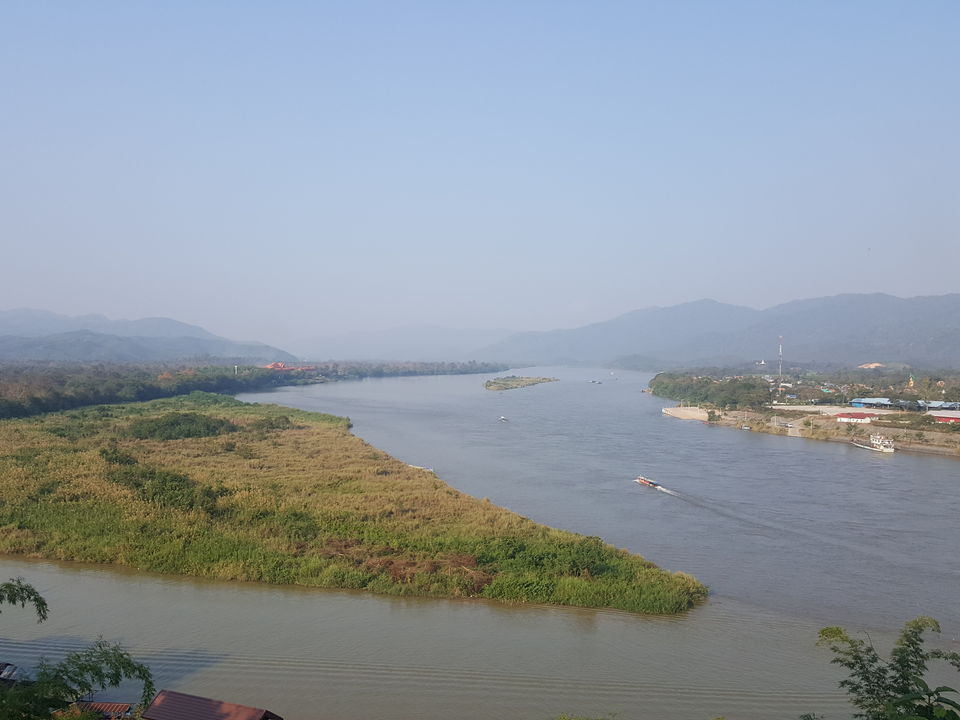 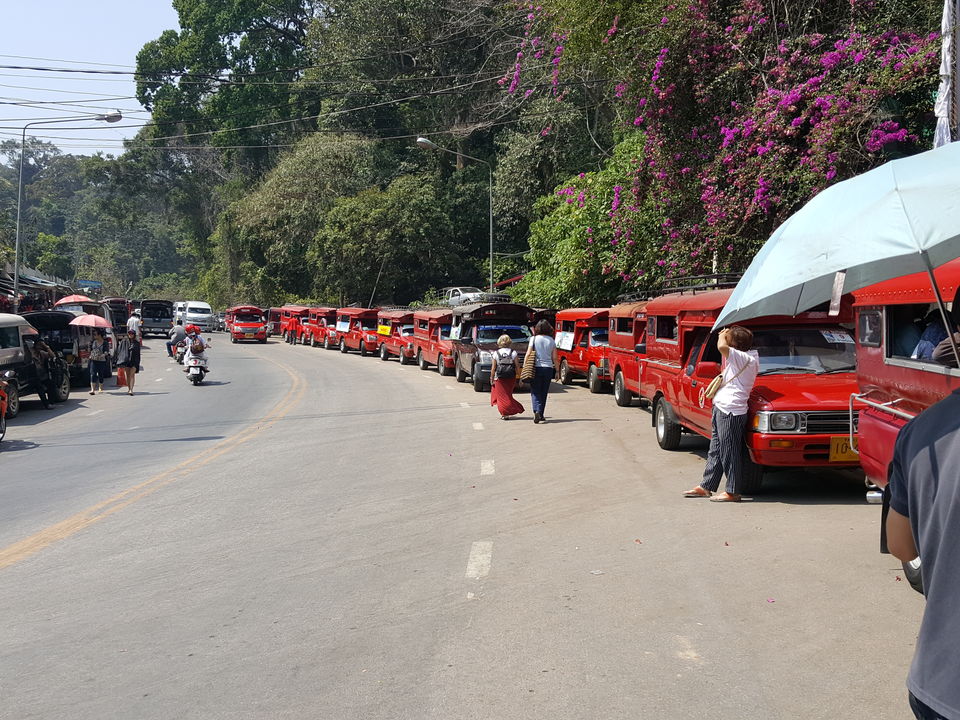 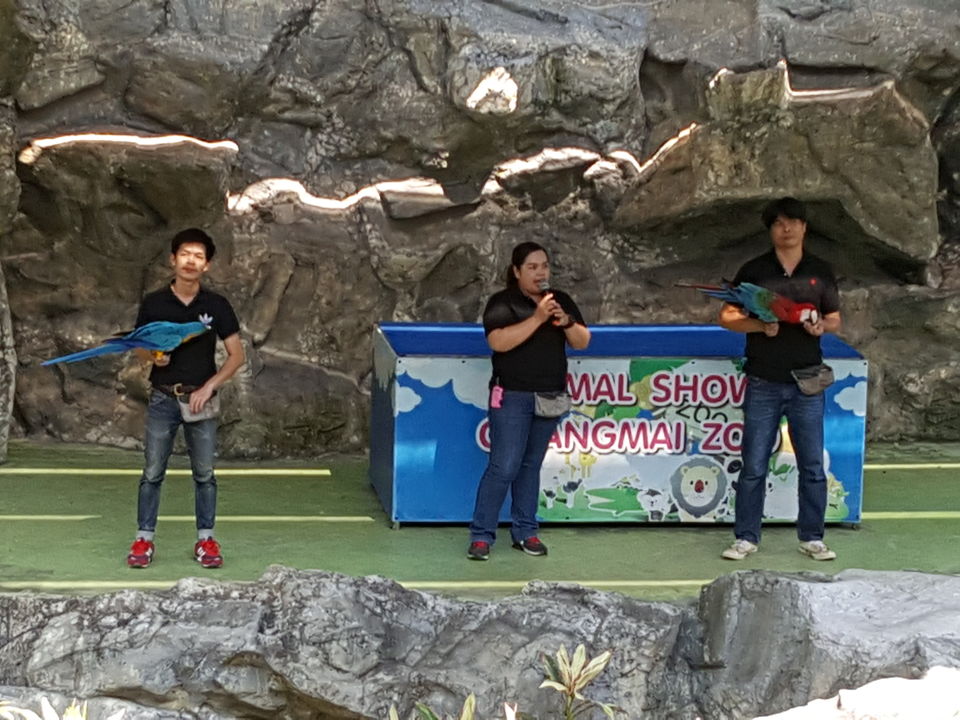 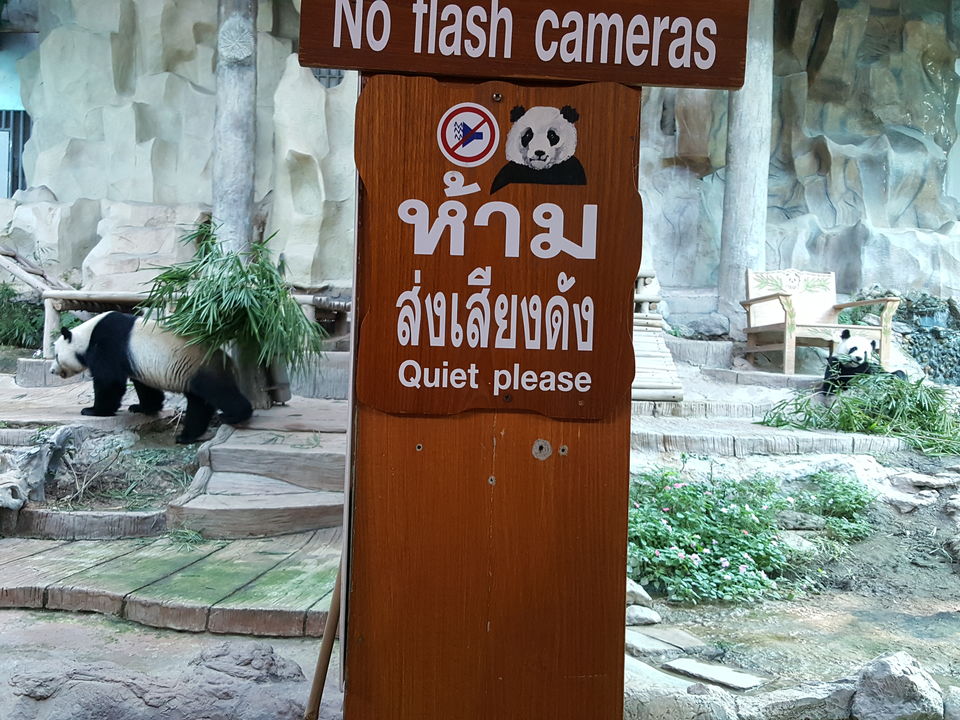 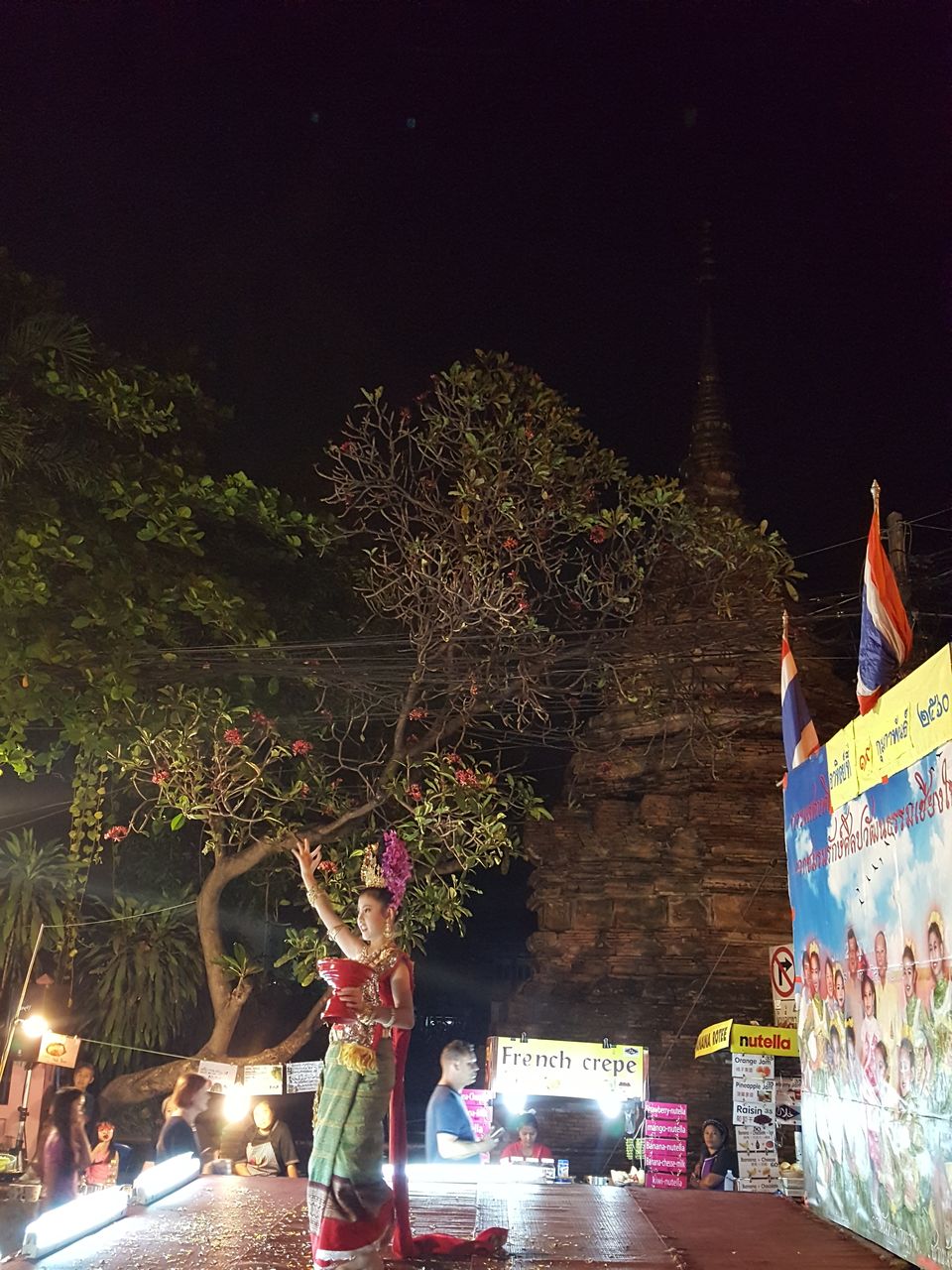 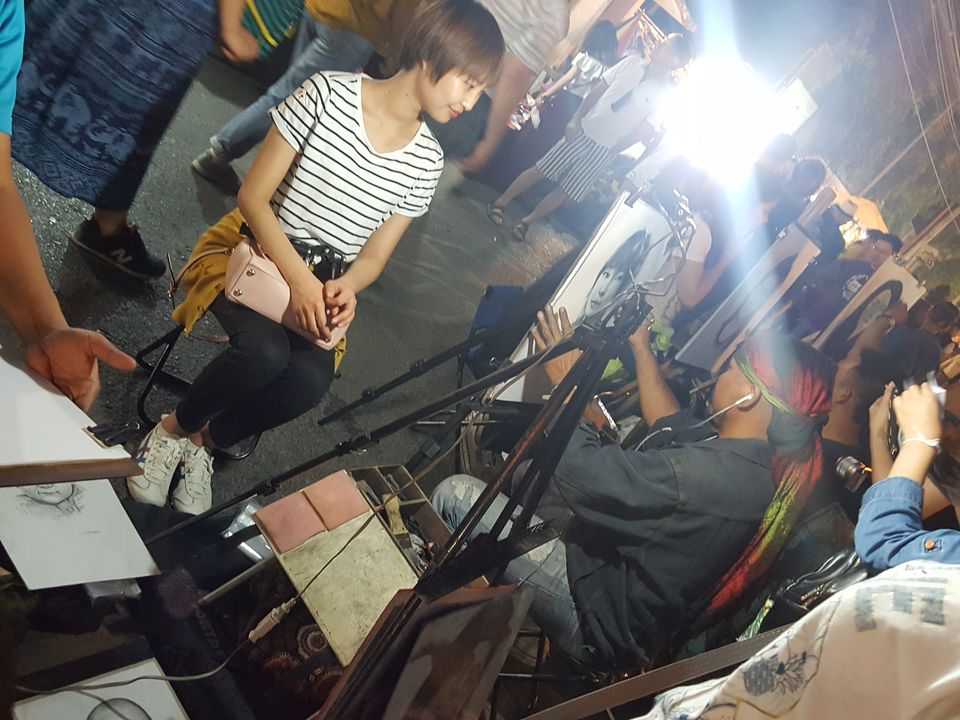 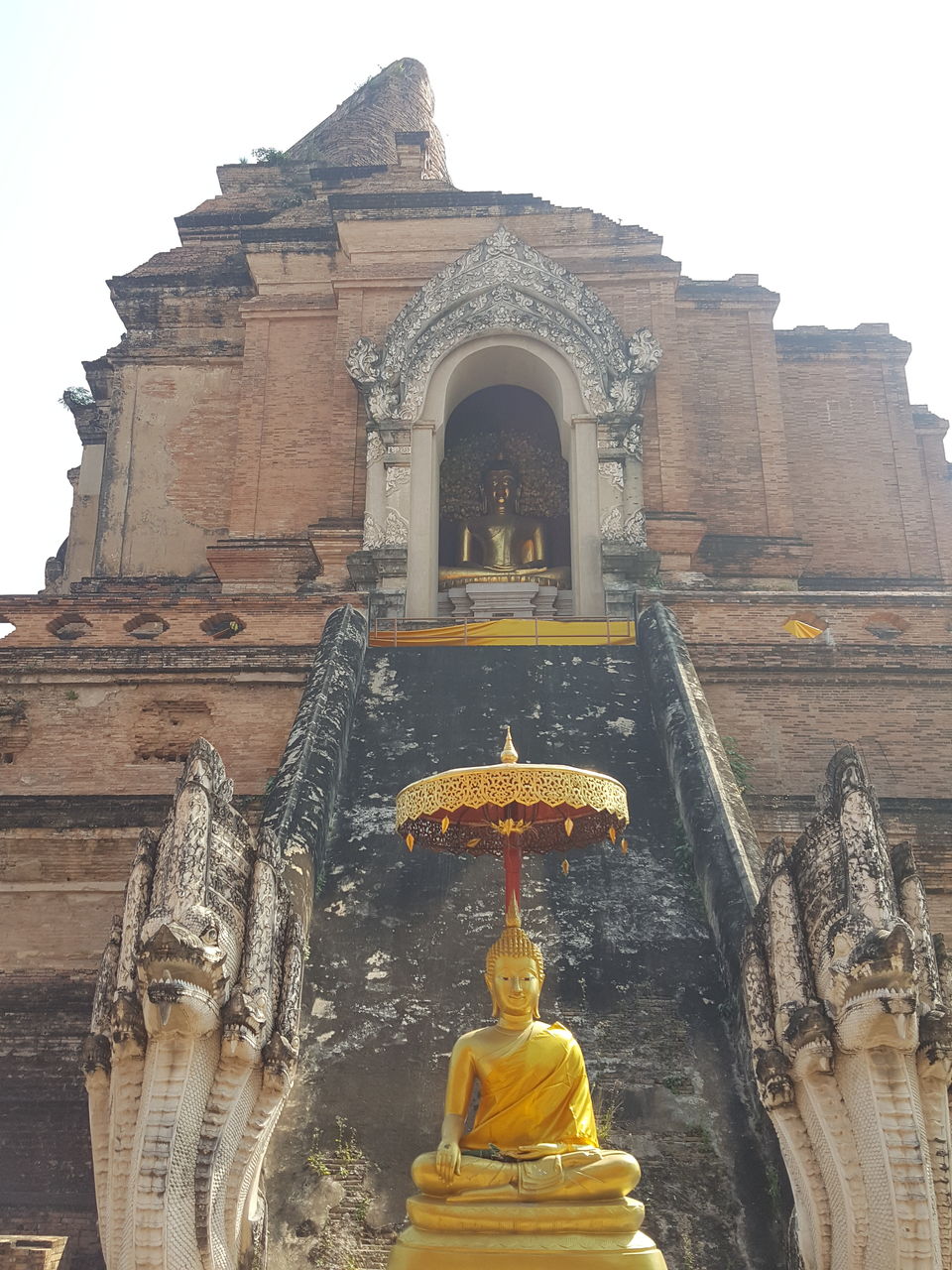 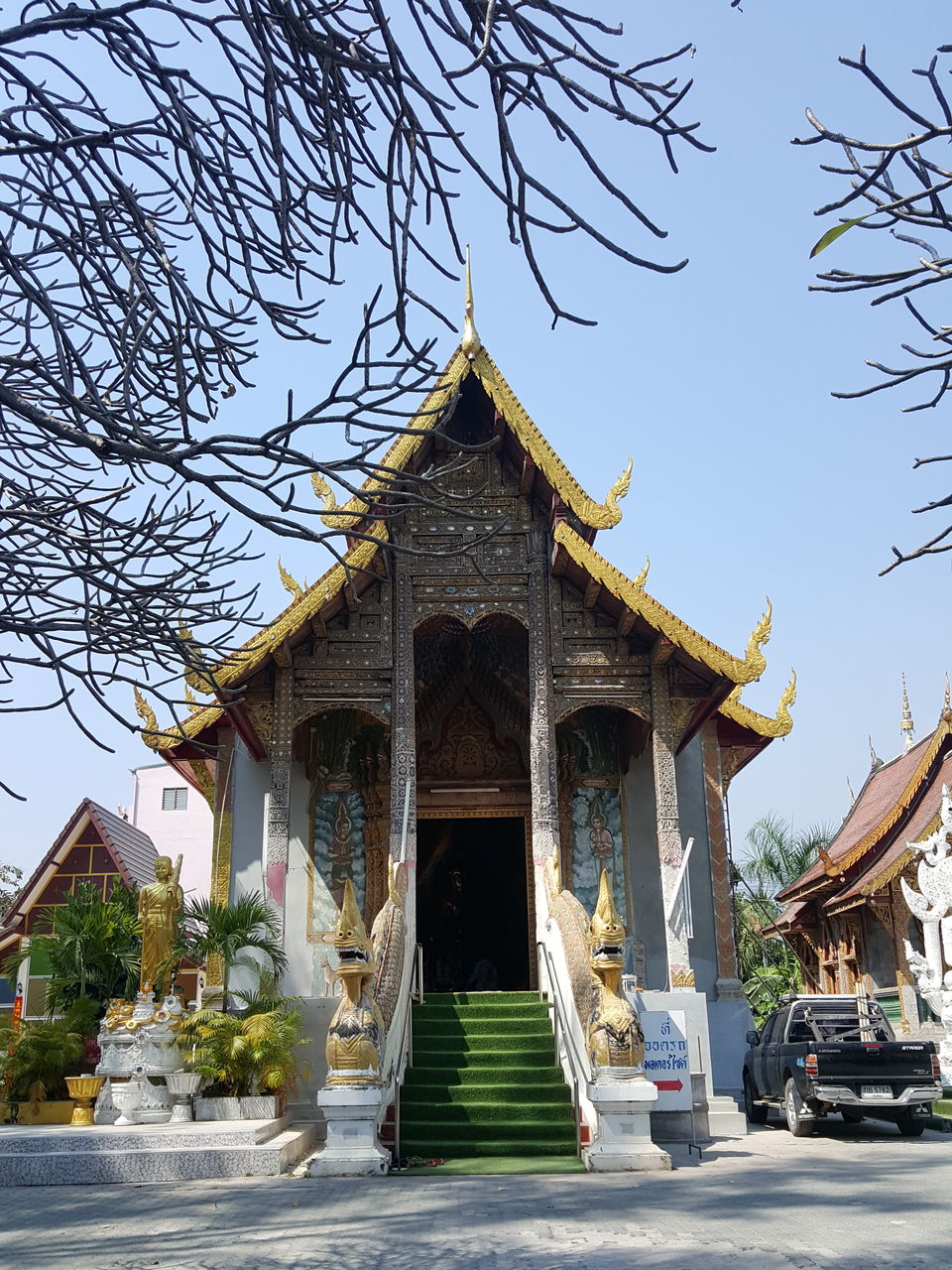 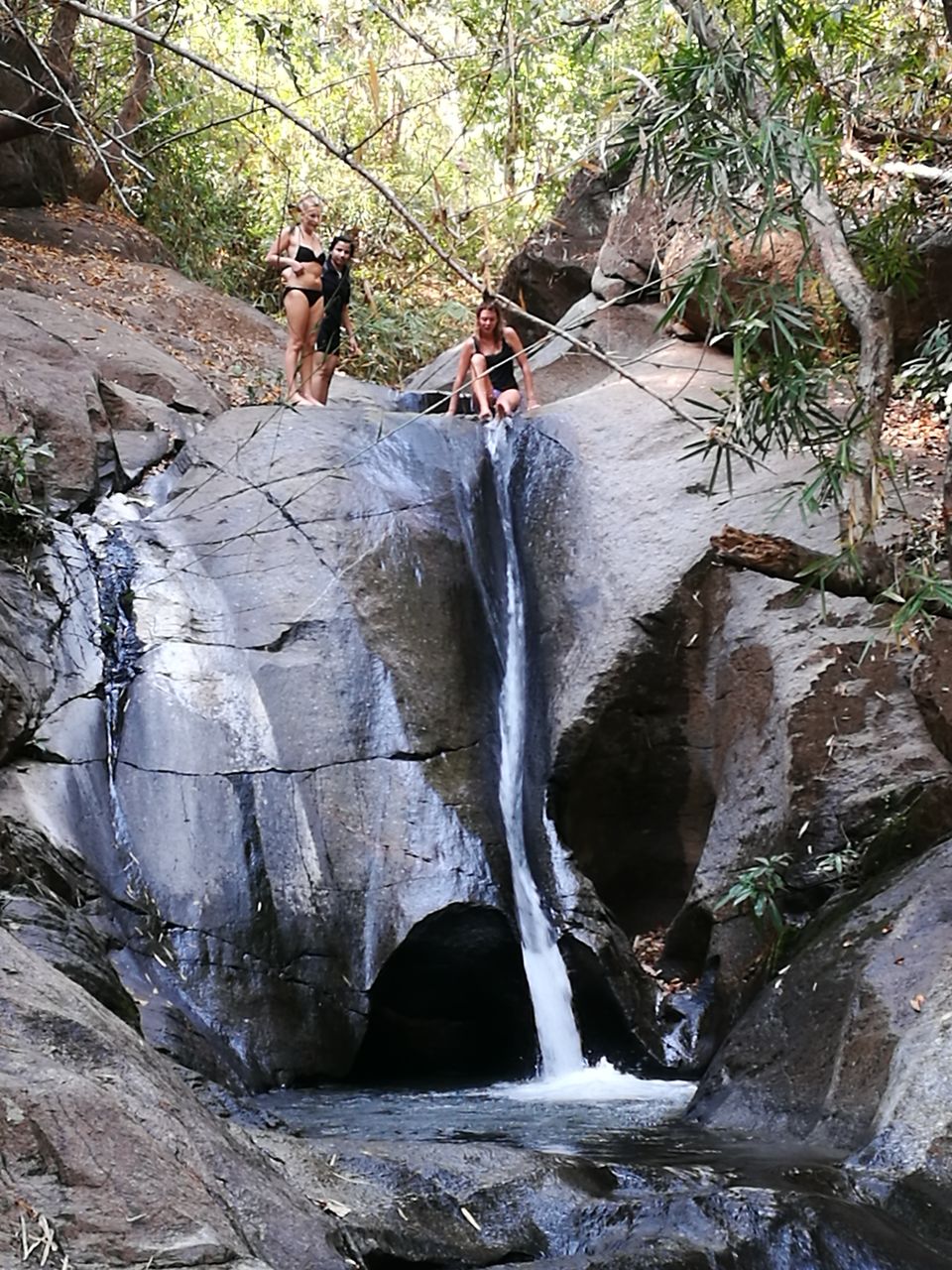 Acclimatising: Chiang Mai is way too urban to be considered as a small town of Thailand. My first day started with an evening songthaew ride from the airport to this homely lodge called Bann Elephant Home. I was supposed to meet the tour agent in the hep part of the town - Night market area. I never found the agent but ended up being discovered. This nocturnal lane starts from the market area southwards until Tha Phae Gate. Its got umpteen number of pubs, restaurants, hostels, open massage booths and a ladyboy club too. You will also find Muay Thai boxing matches happening around the Gate. Why does this experience deserve a place? in CM, you can take your booze where you go! Watching travellers drinking at a pub was one, seeing them carrying cans and bottles around was definitely inebriating!

Mae Taeng Tour: To soak in the many wonders of CM, I started Day 2 with a day trip by BonVoyage travels. An egg-citing breakfast and long ride later, we arrive at the Orchid farms, this farm houses more than 50 differently coloured orchids and also a butterfly farm. It was refreshing to be at this farm while it was sort of a photo op only. From here we are taken to an elephant hostage spot. Now unfortunately, we were told that its a place to have fun with the elephants while they were used for rides. Thailand is all elephants and hence wrong doings are also common. A guilt trip later, its rafting time. The rubber raft experience is good with a couple of strong rapids and we also get a gig with the traditional bamboo raft. There’s a hike to a small waterfall. The fun yet scary thing here was you could slide the fall into a small deep pond, if you get the thrill !? The last thing was a visit to the PooPoo paper factory (highly acclaimed) where animal waste is used to make paper. This was one happy place i loved to be at.

Doi Inthanon Tour: Another day, another adventure (tour by Journey travels). Away from the town, we head to the chilly (4-10°) mountain (doi) named after a Thai King. This is a trekking site and mountain biking one too. I chose the vehicular journey since I wanted to visit the twin pagodas. Our first stop is the Sirithan waterfalls, quite picturesque and calm. Walking our way through wooden stairs we get to the highest spot of Thailand which holds the cremation spot of the King Inthanon as well. This is a place of worship for the locals. The National observatory is housed 100m away past the mossy trees. Next we get to the poster Pagodas at this doi. Surrounded completely with gardens, this place leaves you in awe of how the Thai airforce built all of this at that height. The pagodas have a difference in height of 5 feet only since the King was older by 5 years. Don't forget to picture both the pagodas together from the King pagoda manicured gardens. This place overlooks our next stop Royal Projects. This was a noble cause taken up by the late King to curb Opium completely out of Thai and replace it with civilised employment. This place is spread in acres. Don't forget to make a quick run to the shy yet enticing Siribhume waterfalls past the Fern forest. Another waterfall now, Wachirathan. A magnificent one running for a stretch & surrounded by long trees. Last stop, tribal village where traditional women hand-weave from yarns and wear an ancestral headpiece.

Zipline, YAY!: Of course the north has a lot of mountains and hence the zip-line. Just browse through a few of the tours available and pick the one with good safety and reasonable pricing (I paid THB 1700 organised by DragonFlight). It’s the most adrenaline filling experience you will have for 3+ hours and a GoPro will add an amazing touch to this experience. Just let go!

Chiang Rai: Ah, the baby bro of CM (tour by Journey travels). Our first halt was a Hot spring spot which truly is fume-y and unsafe considering the way people were boiling raw eggs. Next, the crowned White Temple is an absolute pleasure to be at. Always full with tourists, this is a one of a kind Wat due to its color and backdrop. The one way bridge (from hell to heaven), the white allure, the buddha under the tree, the gong, the Golden toilet, all of it are just one great spectacle. The architect of the Wat is believed to have dreamt about it all before bringing it to life (you can find more at museum near the temple). The visit to the Karen village of long necked females feels like another guilt trip. All for posterity; the tribals actually sell factory produce. The females in this tribe are supposed to wear 3kg+ neckpieces as a part of their traditions and today it is only a source of income for them.Take in the feel mate! Final stop - Golden Triangle! My favourite. It is actually an islet which is between 3 countries but owned by neither. At the jetty border of Thai stands an enormous and impressive golden big Buddha. The boat will take you round the Mekong, the other 2 countries- Laos and Myanmar have casinos at their borders. Now, some tours include a touch down at Donsao island of Laos which has a market for knock off items and the infamous snake whiskey. Also available are ginseng (veg :P), turtle, scorpion and gecko whiskey, Eww!

Temples: Let’s collect a lifetime’s blessing while in CM. There are just too many Wats & I am listing the prominent ones you should visit for their heritage. Doi Suthep, situated on a hill-top and magnificent in its beauty. An elephant carrying Buddha relics chose this spot while the King was deciding on a place to built the Stupa. The Golden wat is spread out and overlooks CM city. Try the ancient Chinese prophecy thing here. To get there, take a ride to the CM Zoo and from there on pick up a shared ride for 40THB to the entrance. Further up Doi Suthep is a King’s Palace and also a garden where seasonally cherry blossom can be spotted. Next, Wat Chedi Luang. Magnanimous setting of the Wat and an old but mighty old school style Stupa. There’s a Monk Chat program at the Wat. Check out the single jade stone Buddha here. Wat Phan Tao, is located besides and is quite ancient and peaceful in feel. There’s nothing jazzy with this one & is definitely ages old. Wat Phra Kiat, also housing Buddha relics, this one is quite on the lines of Suthep. The overall take-in is surreal and it looks lustrous in the daytime.

Zoo: Since I don't have plans to visit China; i thought why not. Well actually there are loaned Pandas by China to Thais in CM. Perfect, so i clubbed my Suthep visit with the CM Zoo. The panda cave requires a separate paid entry. The zoo’s definitely got more birds than an average zoo. Take the shuttle cause this zoo is real big to walk on and catch the animal talent show!

I stayed at hostels in the old town and that gave me proximity to the heart of CM from temples to markets to food. The thai people are really sweet and treat you as their own. The hostel staff helped me in bookings, travel tips and directions. That one week was so homely despite being solo. Meeting so many new people everyday inspires you enough to start envisioning your next trip.

Everything else: Visit- THC Rooftop bar (yes its the one with a shady entrance), North Gate jazz bar (Total glee), The Teak restaurant, Doctorfish spa (super cheap), 3 King’s Memorial, Massage by the blind, Muay Thai boxing matches in stadiums, The Phae Gate for buskers, open gigs. Definitely the Sunday night market in old town where everything is available for purchase. 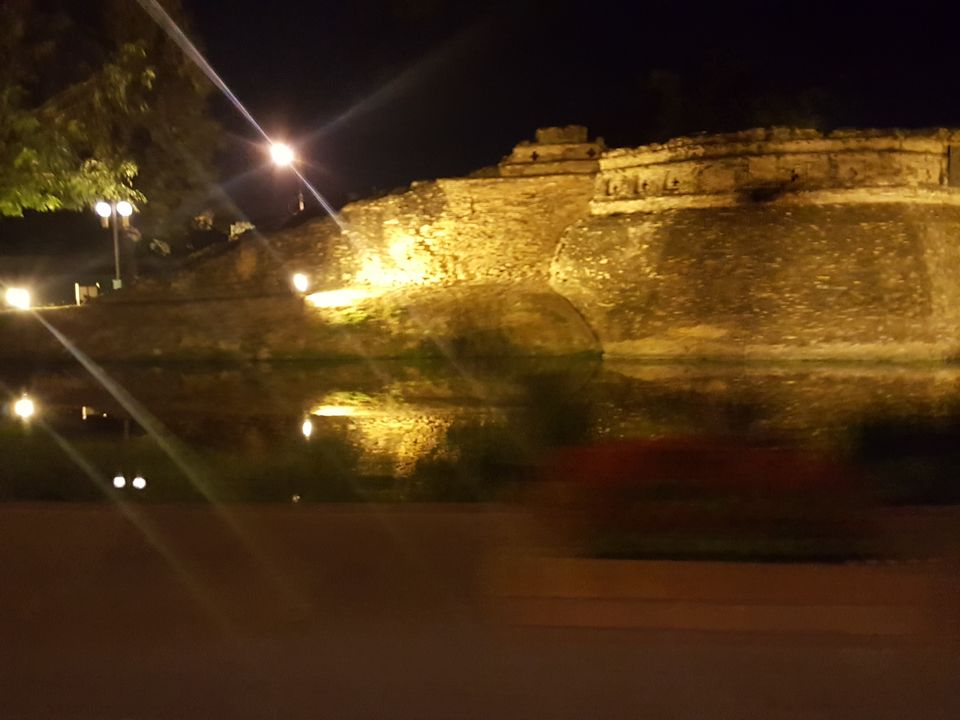 I was a happy person smitten to Indonesia all this while and there comes this new love interest. Even as I progressed on my solo trip planning for CM in February, I didn't expect being exclaimed by all that the province offered. Whether it was the oomph urban tourist vibe or the Wat(s) or the adventures; everything just made me realise how the world is just at your doorstep waiting for you to let it in. So, here goes the itinerary I chalked out: