Our tour bus helped drop us near Brunswick Monument as were were staying in Lausanne which was roughly 60kms away.

Brunswick Monument - is a mausoleum built to commemorate the life of Charles II, Duke of Brunswick and is located on Quai du Mont-Blanc close to Hotel De La Paix. Loved the architecture but you can just pass by it and spend 15 mins to take pictures.

Jardin Anglais - It is a park close to the Geneva jet fountain with the closest landmark being the famous Swissotel hotel on Quai du General-Guisan. The garden is well maintained with few monuments and fountains. Nice place for a leisurely stroll. Fortunately for us we visited one day before the Swiss National Day and the whole promenade along the lake was filled with fun fair and fusion food. Global food from all over the world had a stall there and we enjoyed on some Vietnamese delicacies at good price. Do not forget to take a picture by The Flower Clock (L'Horloge Fleurie) and you shall be lucky if you find it all cleared out to take a picture by yourself.

Cathedrale de St-Pierre - From the Flower Clock walk straight on Place de Longemalle as you cross stores of Mont Blanc, Arab Bank of Switzerland and Starbucks until you reach the intersection of Rue de la Croix-d'Or and continue walking straight till you see the Cathedrale in front of you. One of the famous cathedrals here in Geneva, St. Pierre Cathedral belonging to the Reformed Protestant Church of Geneva and is known as the adopted home church of John Calvin, one of the leaders of the Protestant Reformation.

Longest Wooden Bench in the World - From the front of St. Cathedrale go straight towards Rue du Puits-Saint-Peirre and continue walking straight till you see a big arc. Once you cross the arc, who will see a long green wooden bench which is the longest wooden one in the world.

Reformation Wall - Continue walking downward on the slope and once down cross the street on the left and you shall be at the gates of the University of Geneva. Walk inside and keep walking straight as you cross the giant chess and checker boards on the left till you see a giant wall on your left. The Reformation Wall is a monument honoring many of the main individuals, events, and documents of the Protestant Reformation by depicting them in statues and bas-reliefs. The Wall is in the grounds of the University of Geneva, which was founded by John Calvin, and was built to commemorate the 400th anniversary of Calvin's birth and the 350th anniversary of the university's establishment.

Île Rousseau - Once outside the university, make your way back to the bridge alongside Jardin Anglais. We took a longer road as we went to the end of Jardin Anglais, away from Pont du Mont-Blanc. After roaming the streets around Jardin Anglais, we crossed Pont du Mont-Blanc and took a left on Quai des Bergues and walk towards a quaint little island of Île Rousseau. It is an island with a small park situated in the middle of the Rhone and was named after the philosopher Jean-Jacques Rousseau. The island has a statue of Rousseau along with a small café and you can spend half an hour here feeding or admiring the Swans and ducks and just having a small picnic if you want under the tree. Good view of the commercial Geneva from here.

Walk back to the Brunswick Monument and relax at the gardens on the right with an awesome view of Jet d'Eau and Pier along the Lake Geneva. 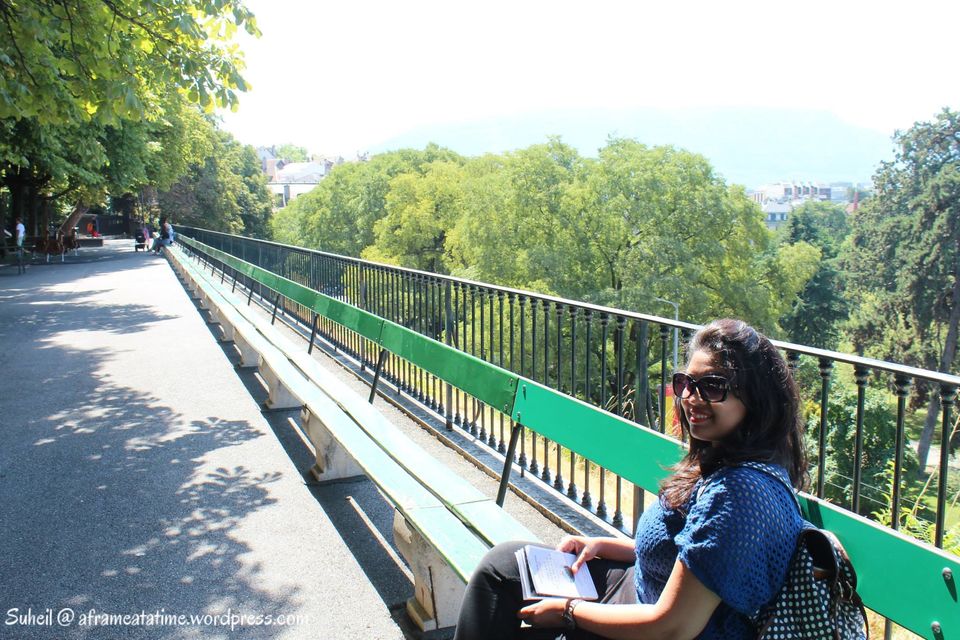 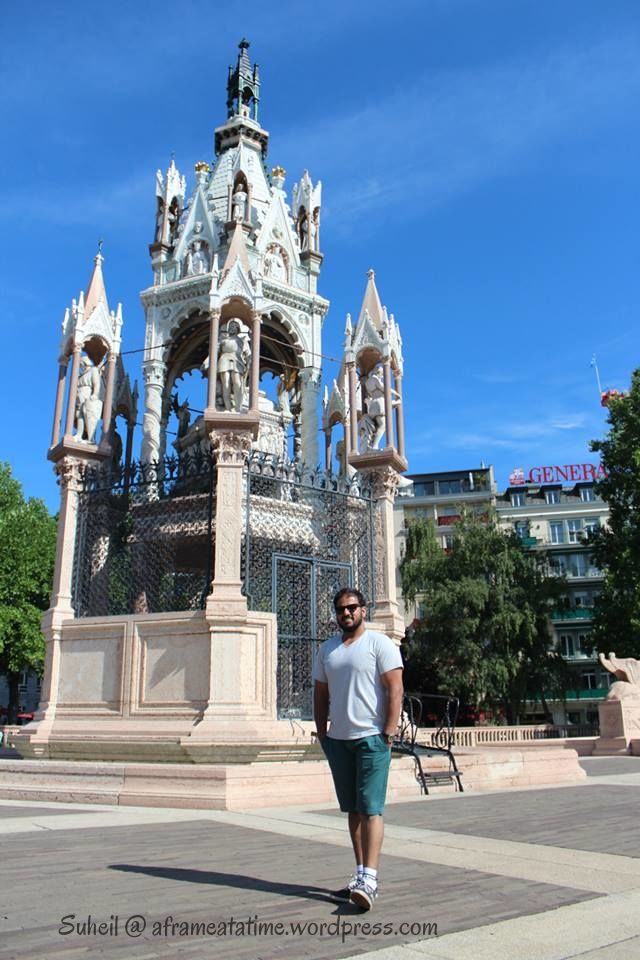 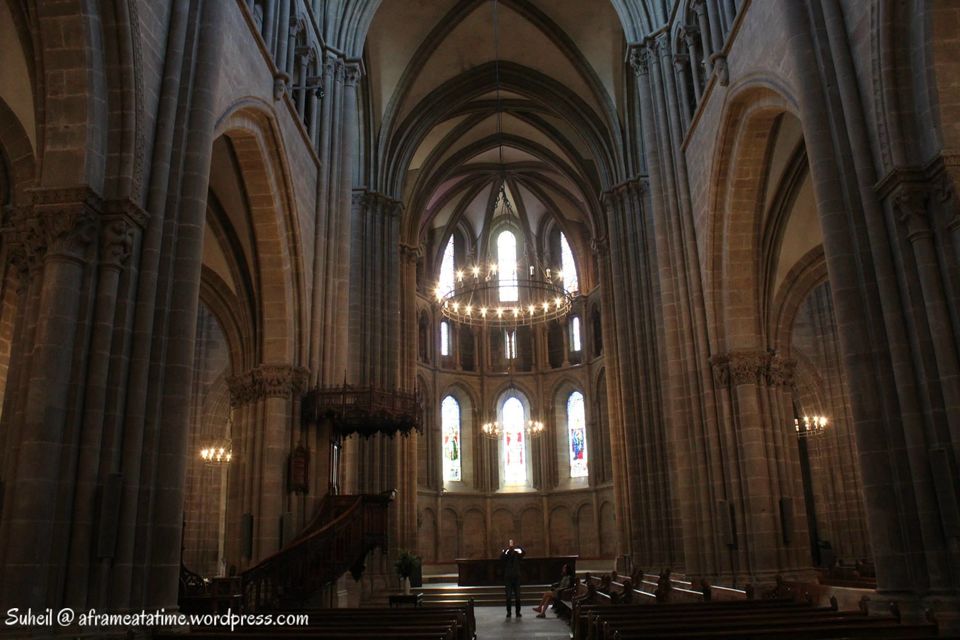 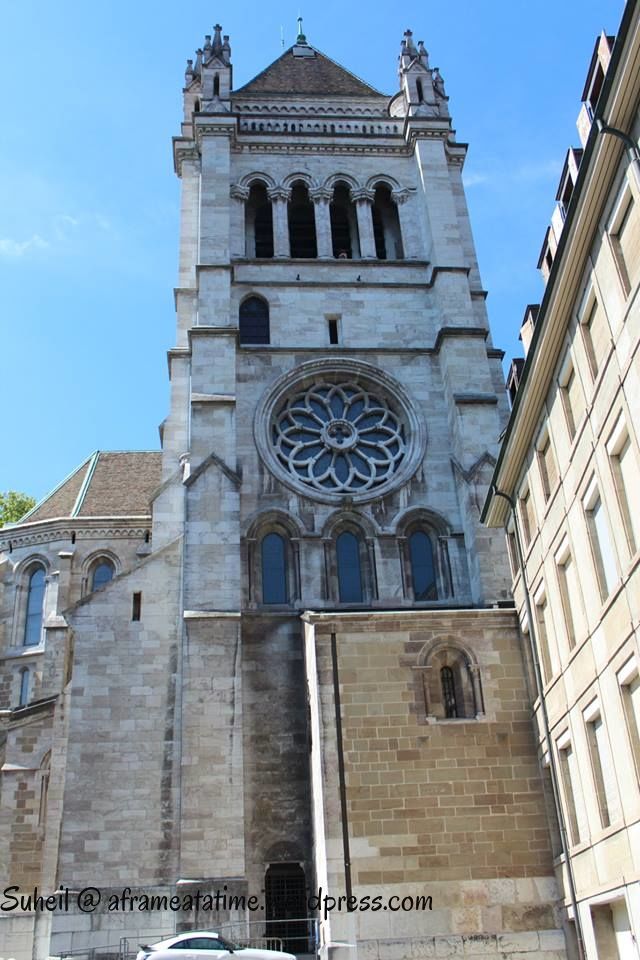 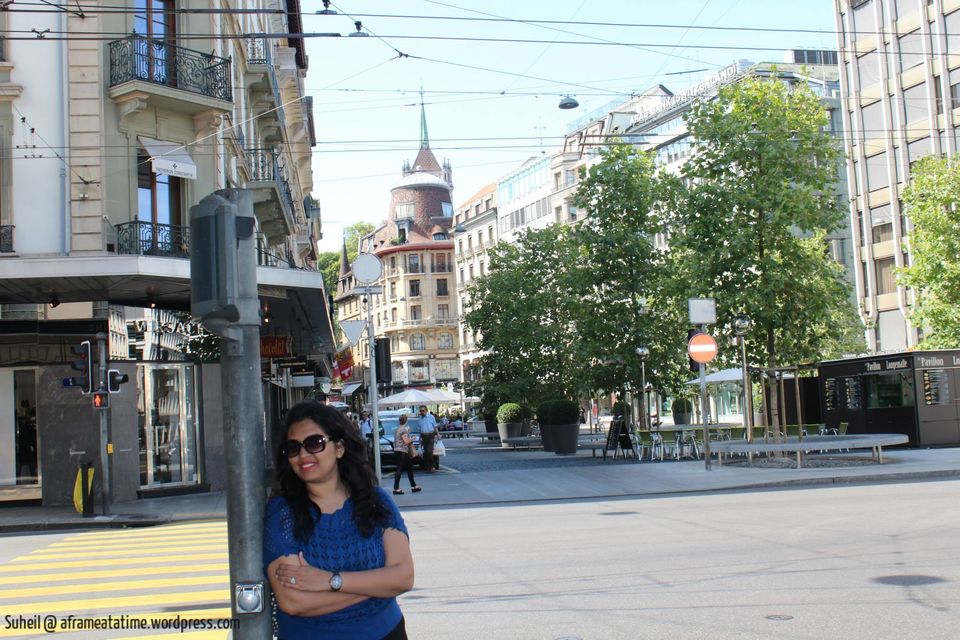 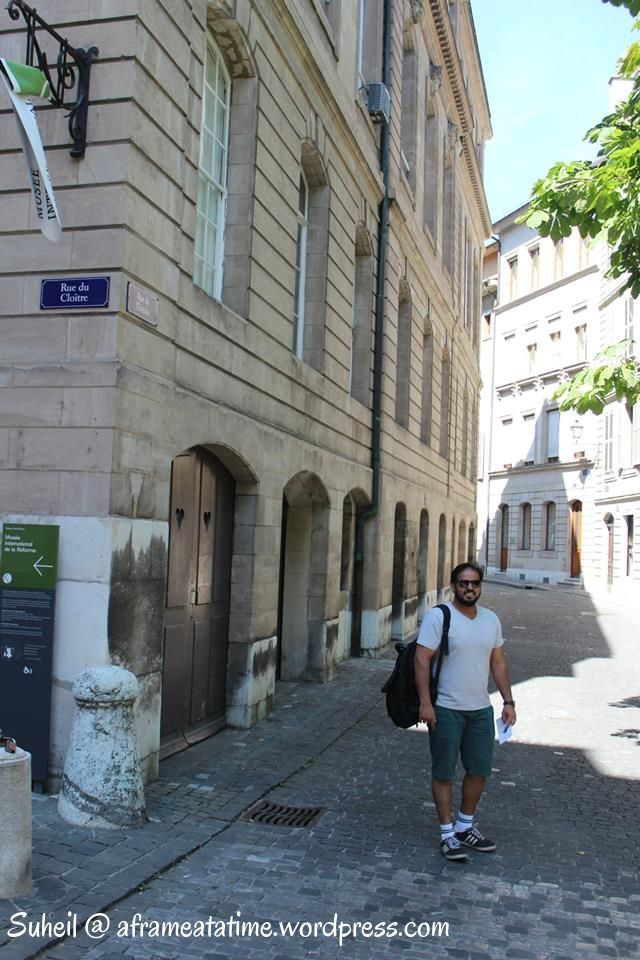 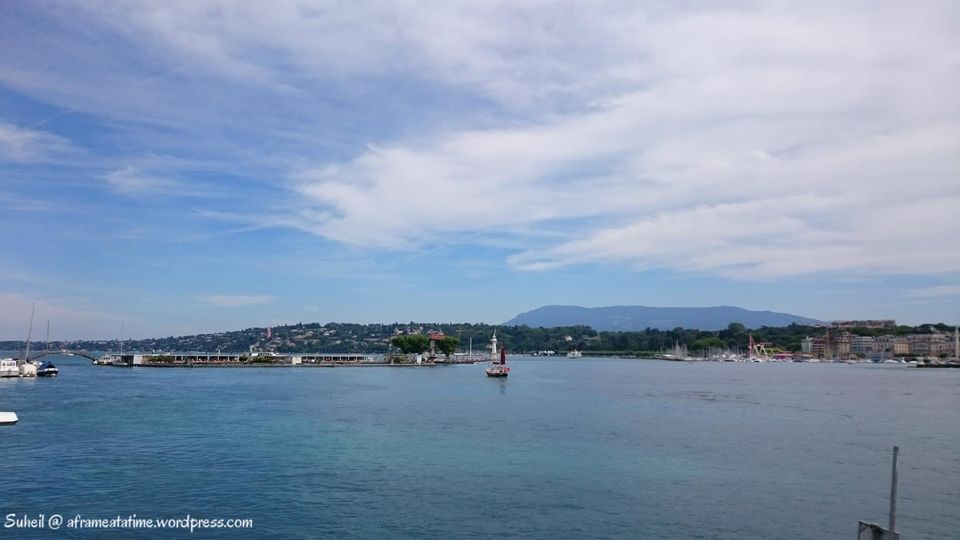 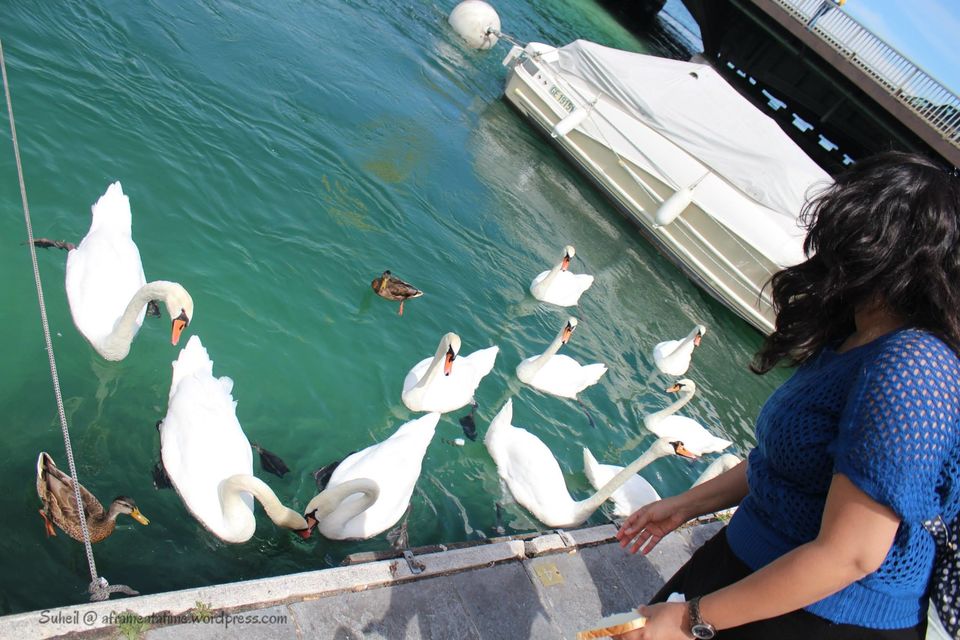 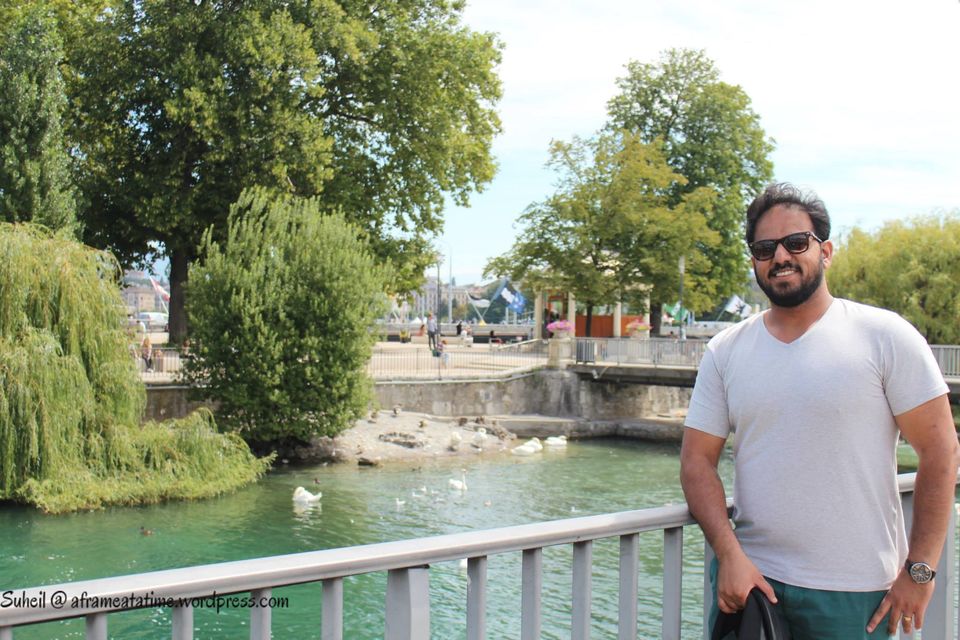 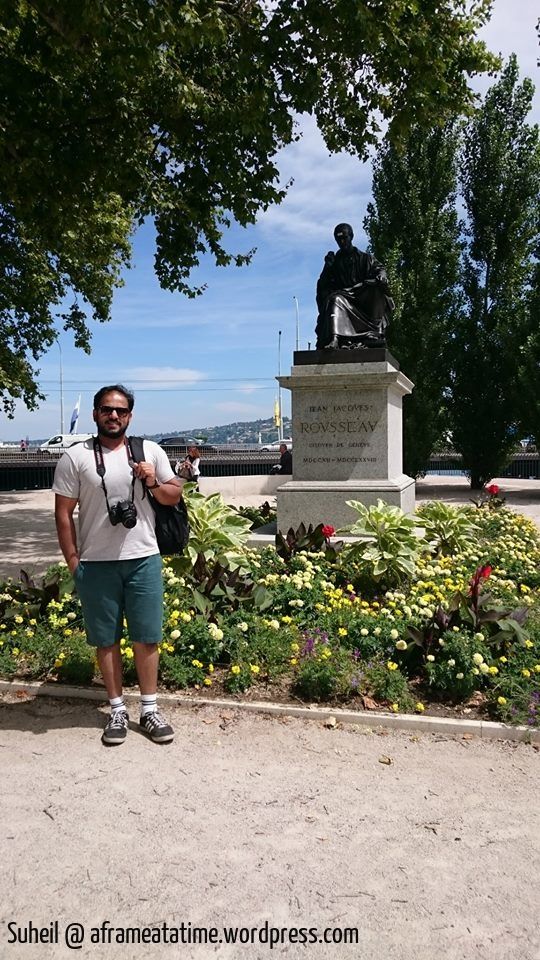 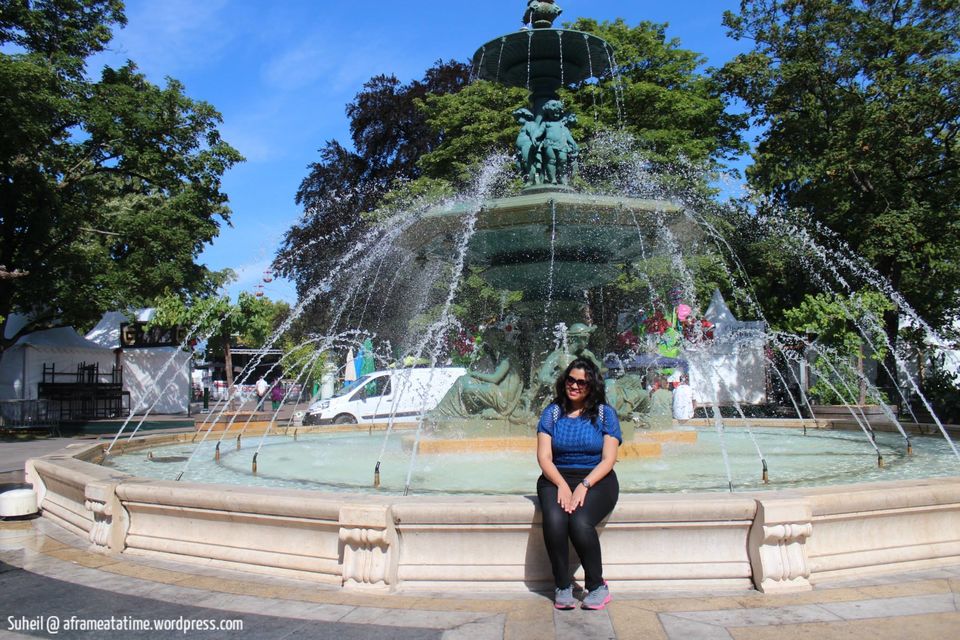 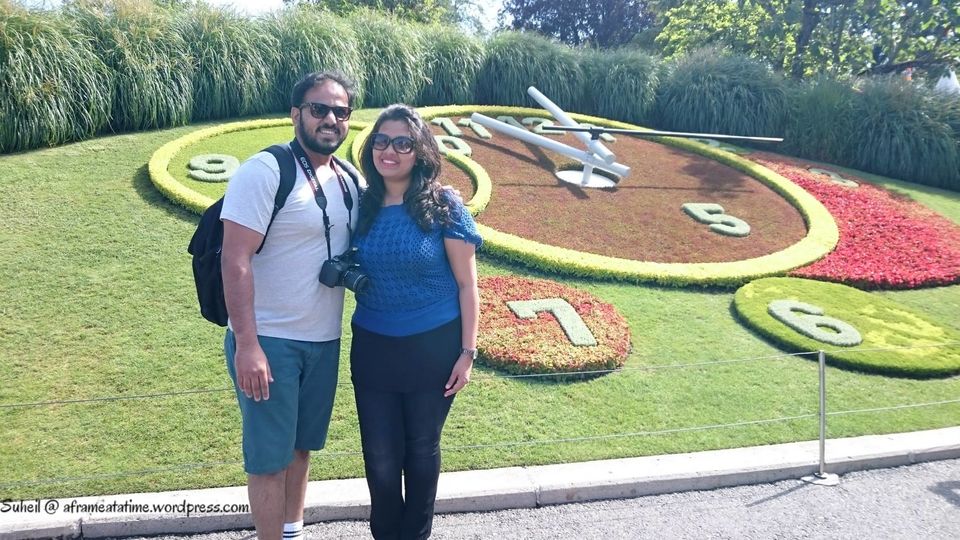 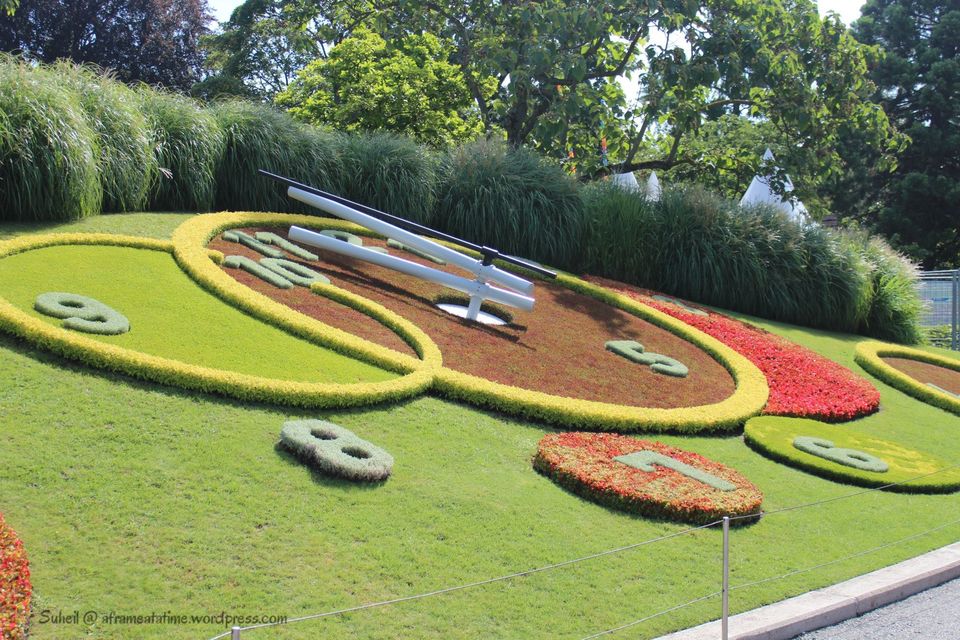 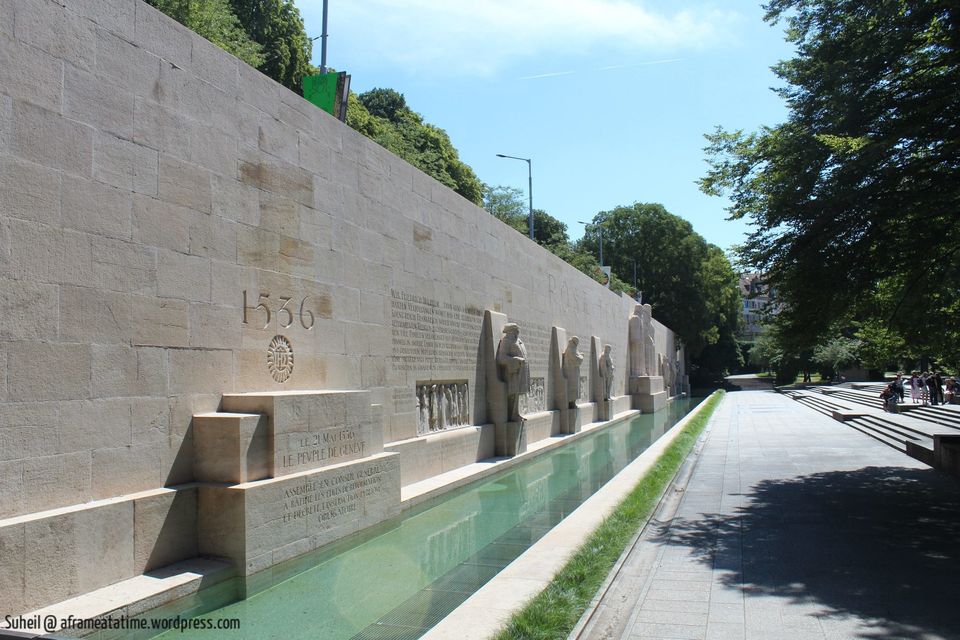 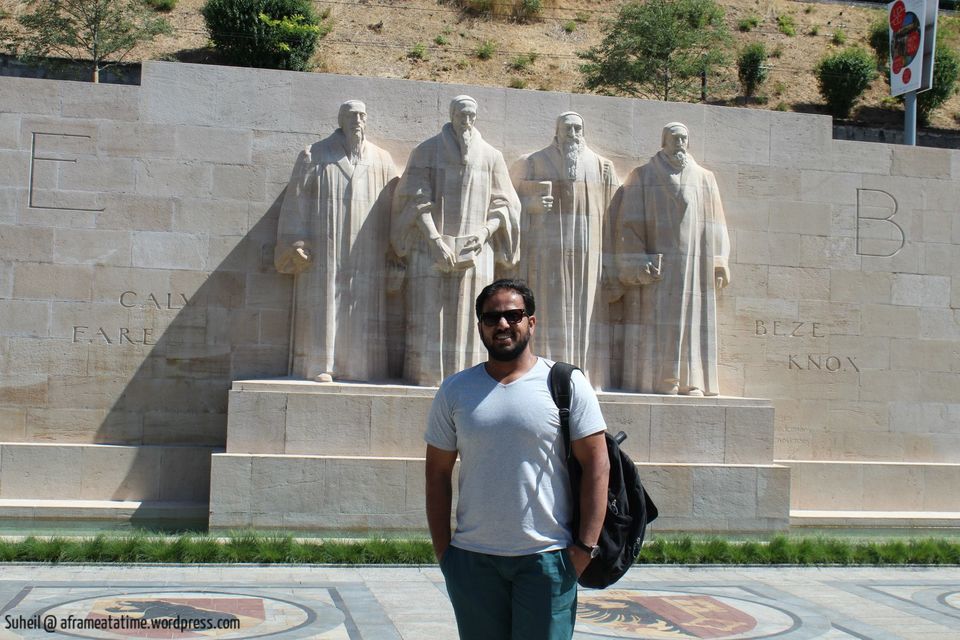