# Trip to goa!
Part 1
(Sorry it's going to be a lengthy post)
My btech life was fruitful,filled with trips,happiness, there wasn't any serious thoughts to worry about. After finishing it started the reality, every days started to getting ruined thinking about the future and about what next. Soon life became boring with coaching classes and exams for fetching a job. So i decided its time for me to take a break from this hectic life.But it was difficult to get away from this schedule,but I managed to do so and finally decided to take a trip to goa this new year,so that i can refresh myself from the hectic schedules. Goa was easy for me as my brother is working there,i needn't to worry about the accommodation,or about renting vehicle etc. Since it was the xmas time,i couldn't find any affordable flight ticket, so i decided to travel by train and found that the tickets weren't available either. After further findings, I've managed to find a thathkal ticket and the train will be at 1 am the next day and will reach madgao by 5 pm. Packed all my stuffs,but i had no idea about how many days i will be spending there .Mom have made special food to eat when in train and i also had all the foods for my brother residing there which includes those pickles,some eateries and what not, and it made my bag much much heavy and it made me sway enough. Reached the kollam railway station at 11 pm which was too early and started my wait for the Hazrat nizamudeen SF express!. It was a long wait and so some mosquitoes too joined. After that i came to know that the train is an hour late and will reach only after 2 am. Ohh god how can it be this much late to start..the train is starting from trivandrum central only. This got me onto deep thoughts and i made searches about past days running status and cane to know that this train always runs late..tooo late..ang yea it came to be damn right too. After 2 am the train arrived and i found my seat and made my birth and finally ready to sleep 😂. Through all these times i got a 1000 calls from my mother and brother both inquiring about the train and if i am comfortable with my seats. Yea because its my first time solo to a distant place that too in a train. But yea i was enjoying it alot.By the way i had a good sleep n woke up at 7 or something.Even though its a superfast and they costs more too, still it was getting late and late and more delays at every stations too. But nevermind i was busy watching the scenery and was no where bothered about the delay it made. Since it was hot it wasn't that much comfortable to be in a sleeper class,but it didn't affected me in any way. I was eagerly waiting for the konkan path,as i have read many about the beauty of the konkan railways.The launch which i had from the train was the worst I would say. But nevermind that to..All eyes to the konkan right!😌. Since there's only single lane,the train had to stopped at different places for crossing. You can witness different terrains in konkan side..the mountains..greenery,plains and it contains large number of tunnels! konkan will be beautiful at the morning i guess..The beauty of konkan couldn't meet my expectations.The train was running about 3 hrs late. And after about 18 hrs of journey I finally reached the madgao which was a huge station and was heavily crowded. And yea it turned on the vacation mood 😂. It was about 8 pm. My bro was waiting for me outside the station and i felt so happy after seeing him and the KL registration bike which we parcelled to him a year ago. He knew i was damn hungry and  we made to a fine restraunt  and it was a feast!..The food in goa is delicious but costly . After dining we were on the way to his flat which was situated near old goa which is sucha clam place situated away from the live places of goa. Goa has its own vibe.Thats what i have felt after the journey from madgao to old goa.The building and houses there had a portugal touch..with cool vibrant colors painted with fairy lights all around because of the xmas celebrations. The apartment was in the second floor and the balcony gave  beautiful view of the nearby vibrant houses and decorations in the roadsides.( To be continued) 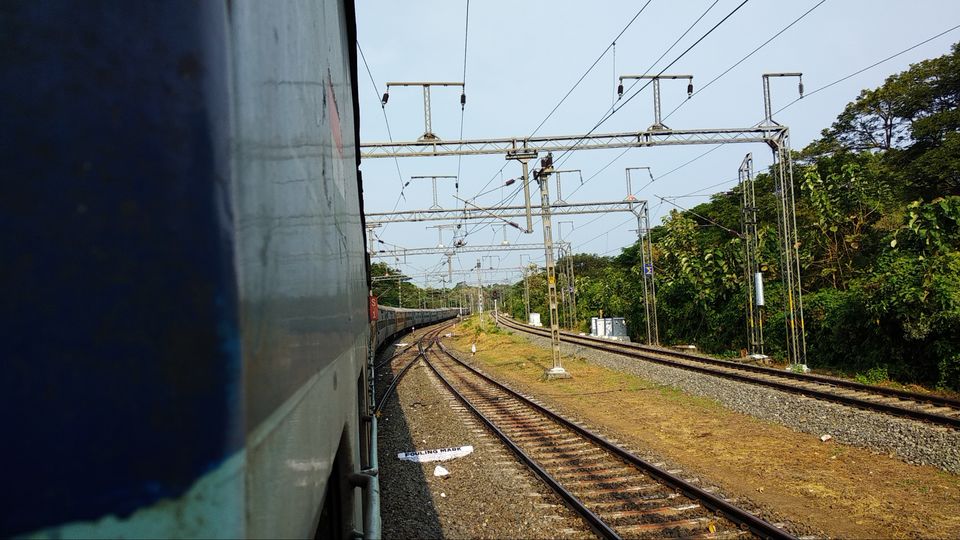 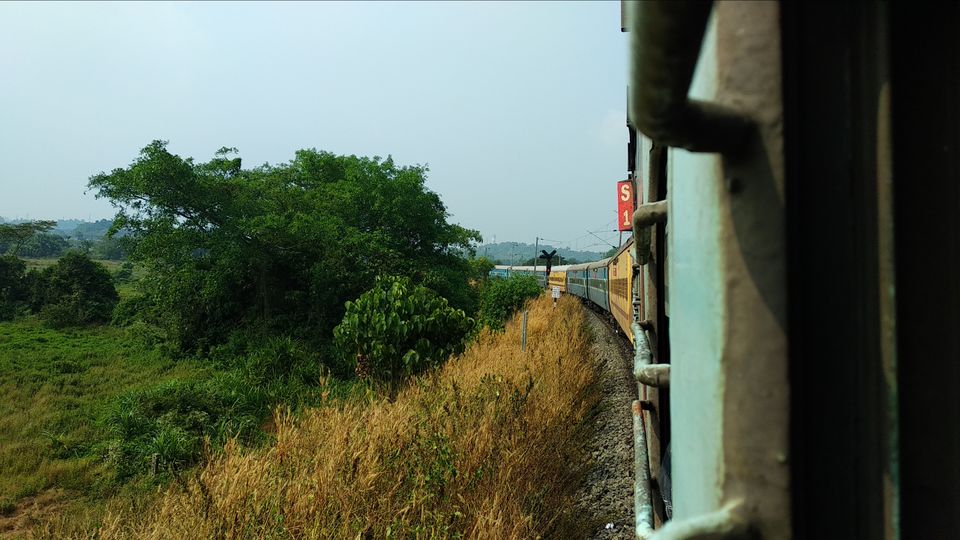 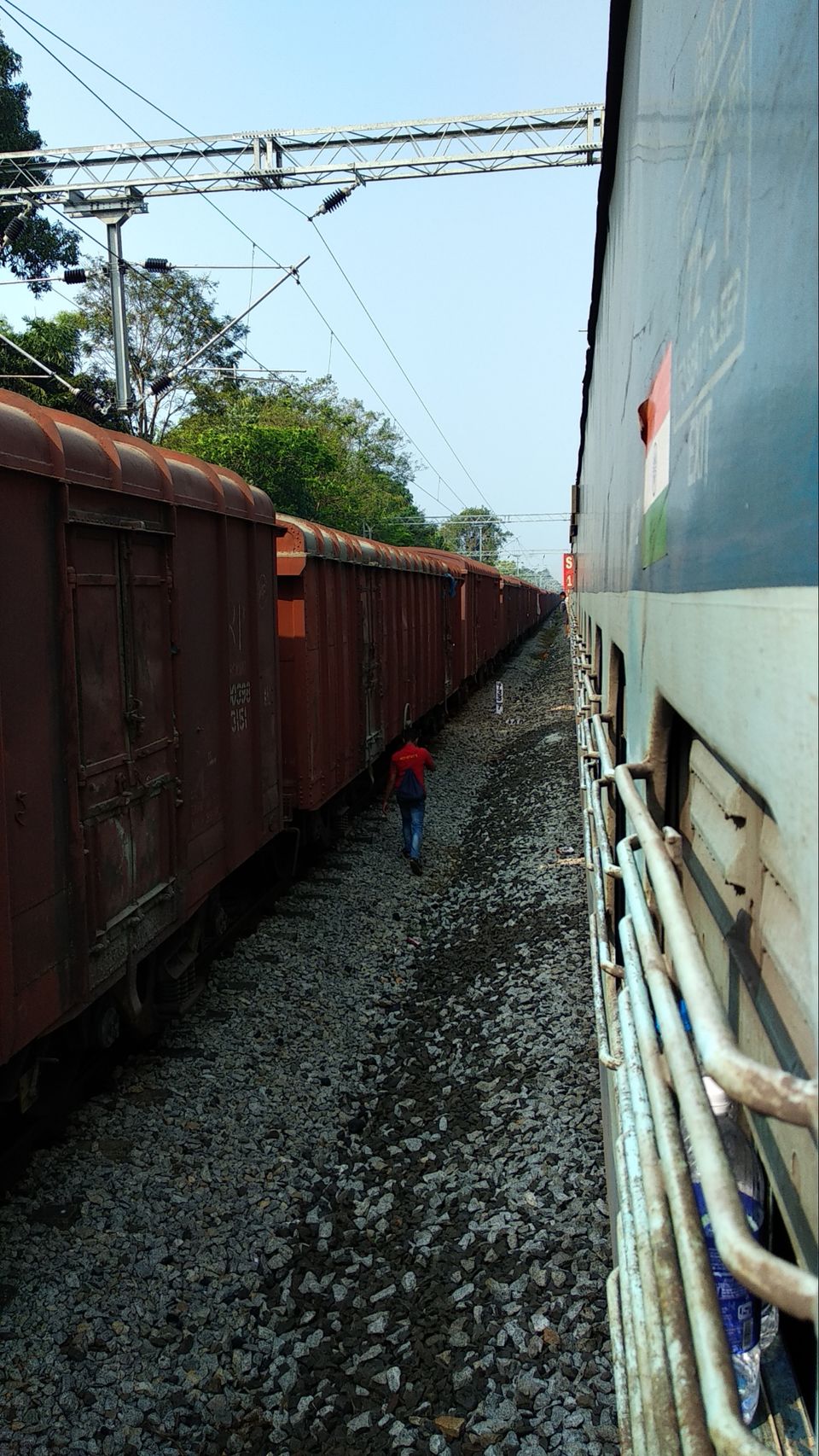 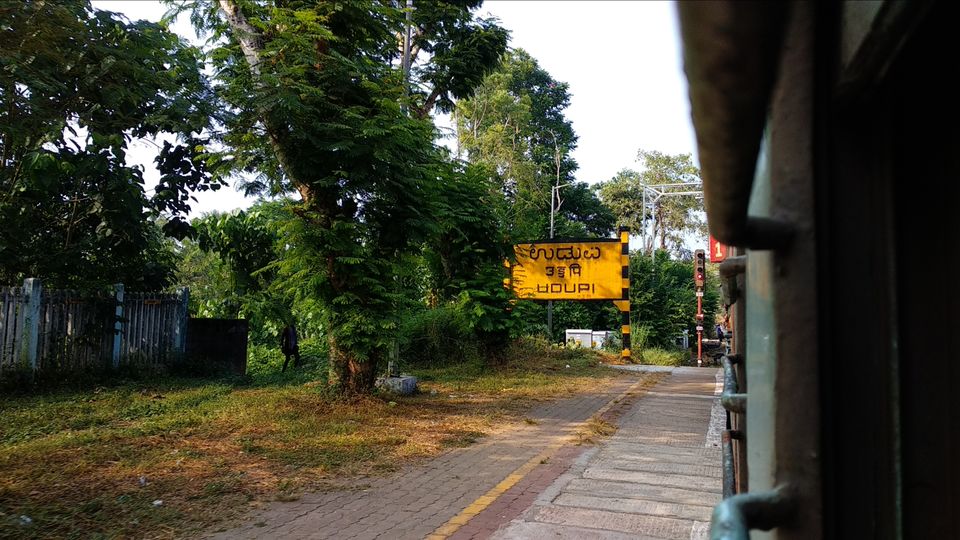 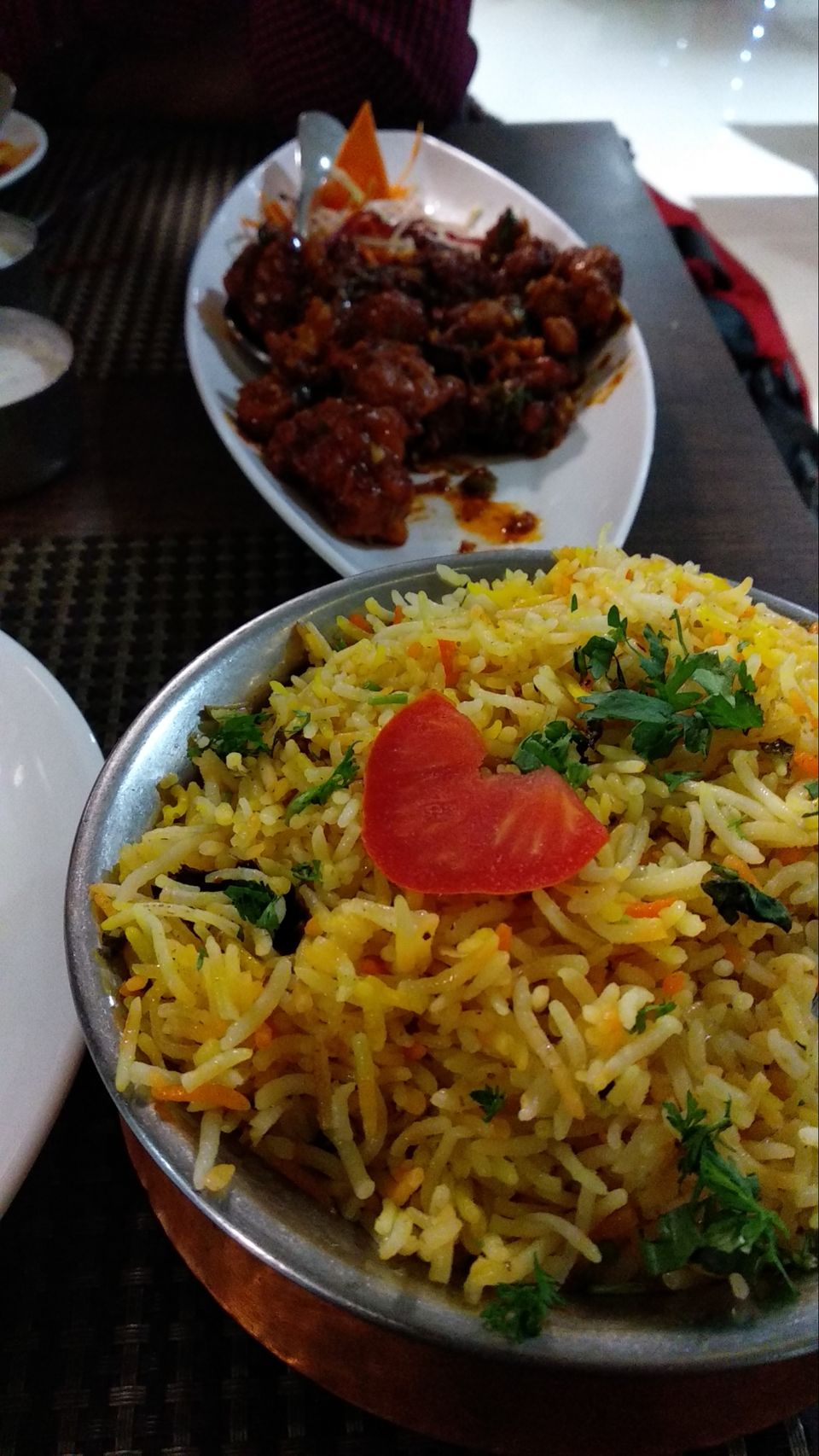 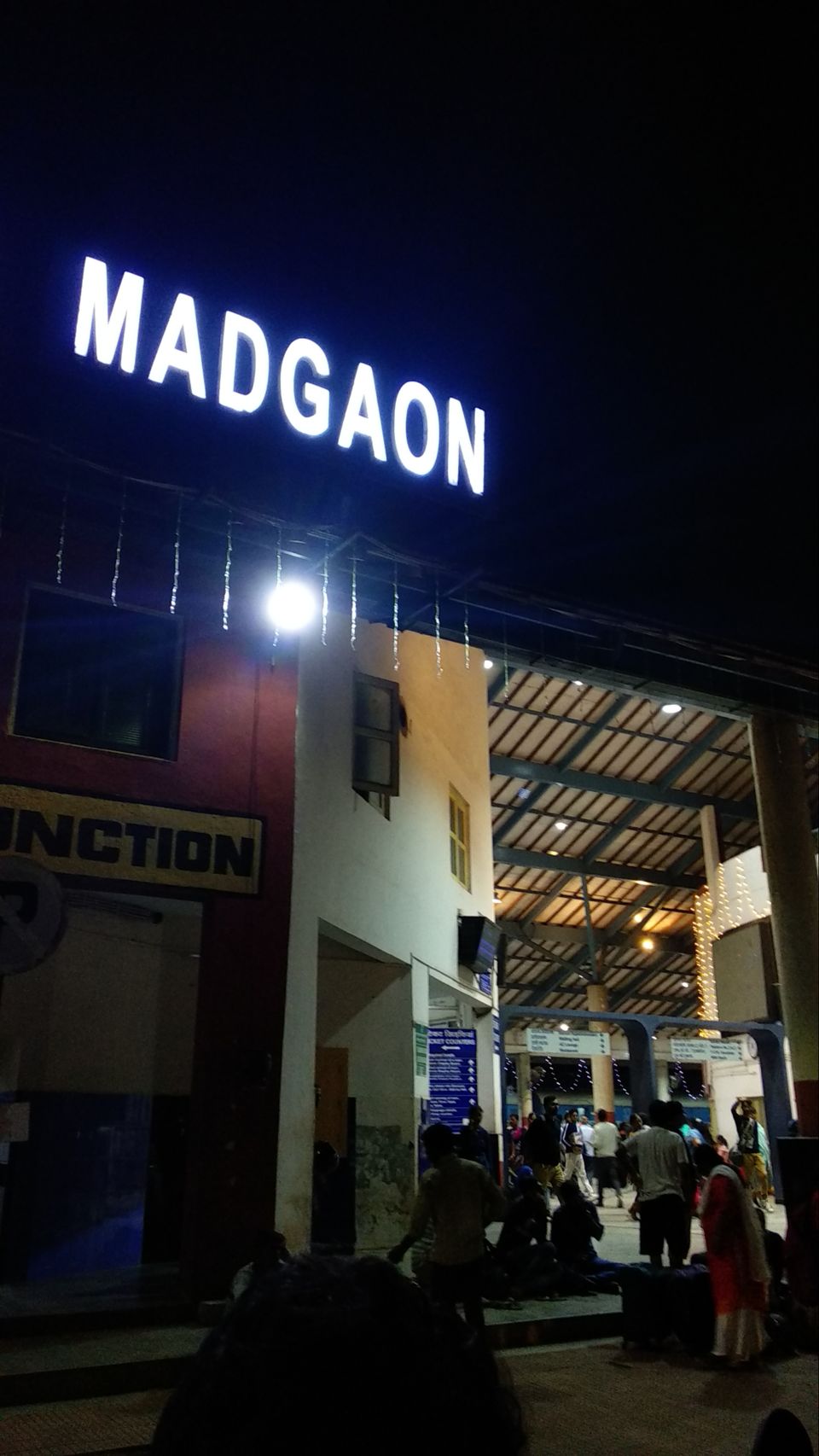 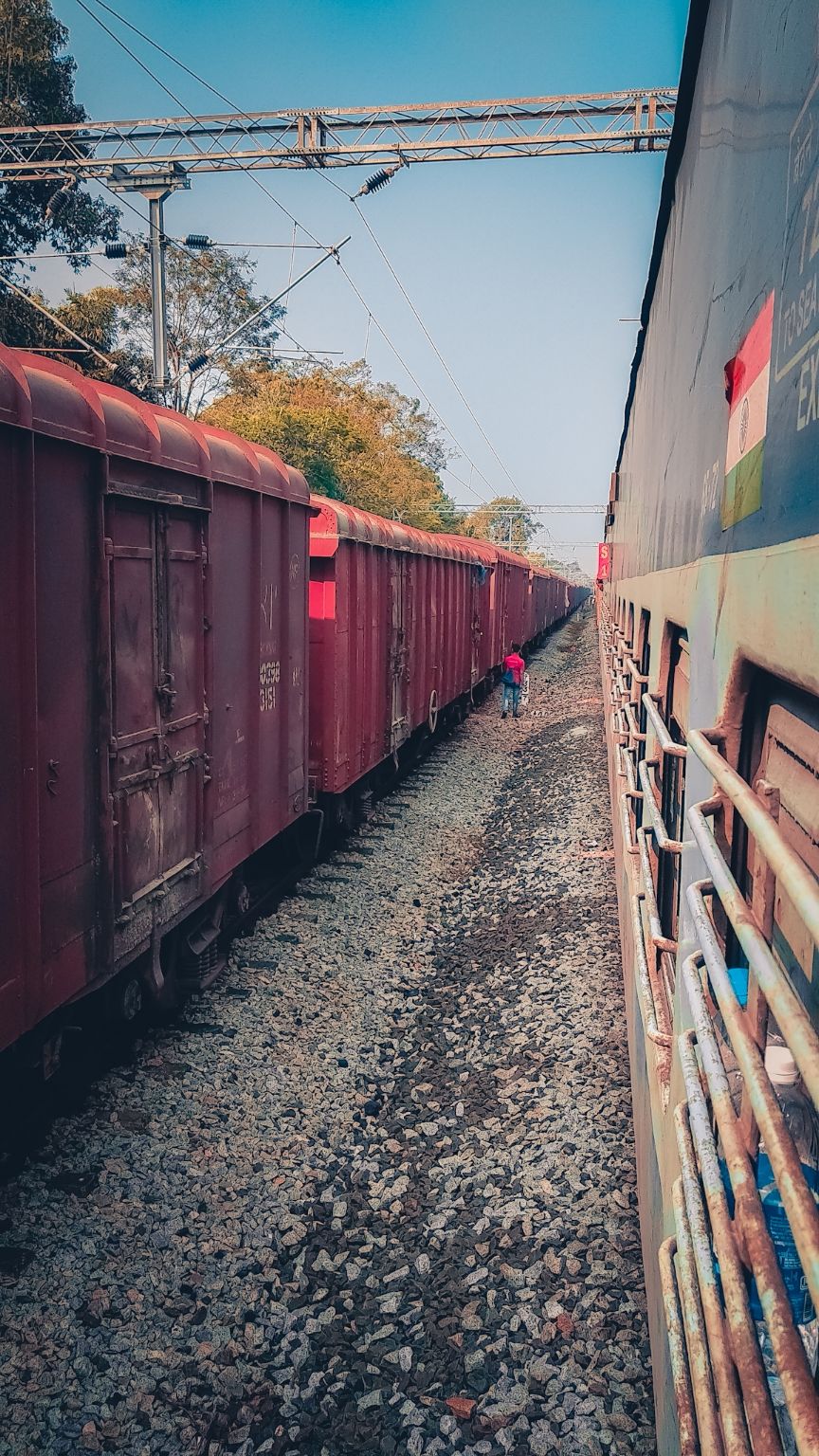 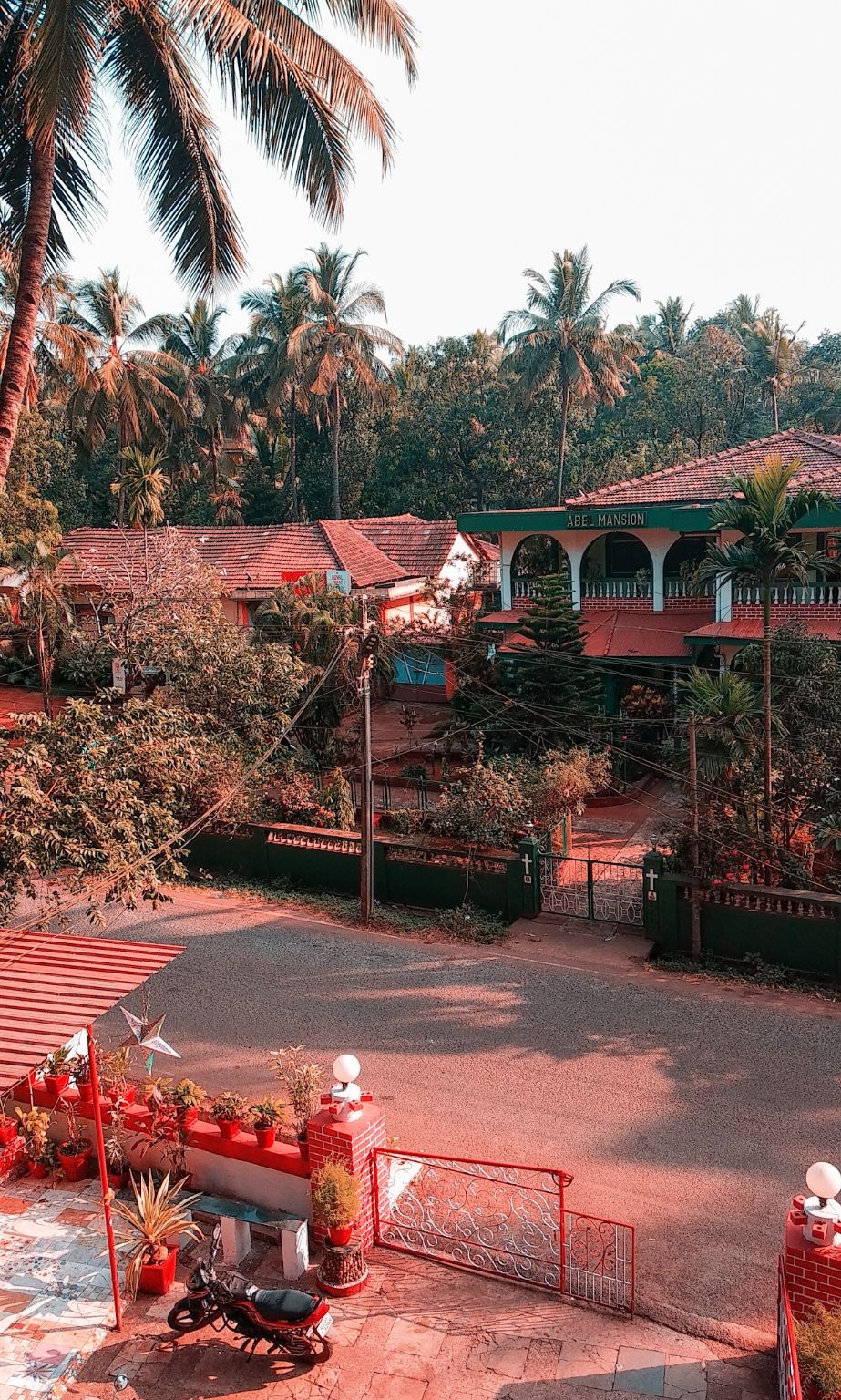 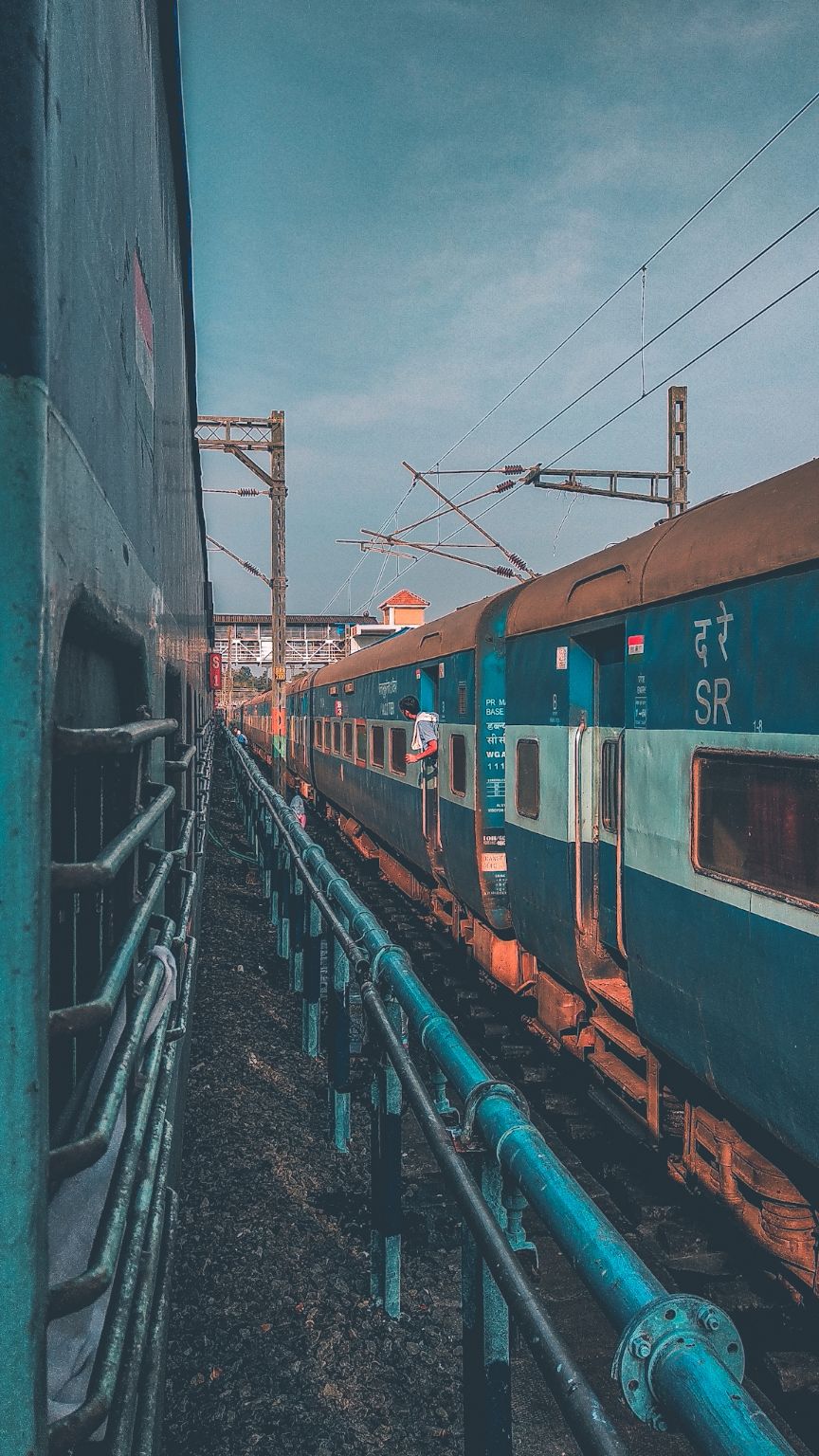 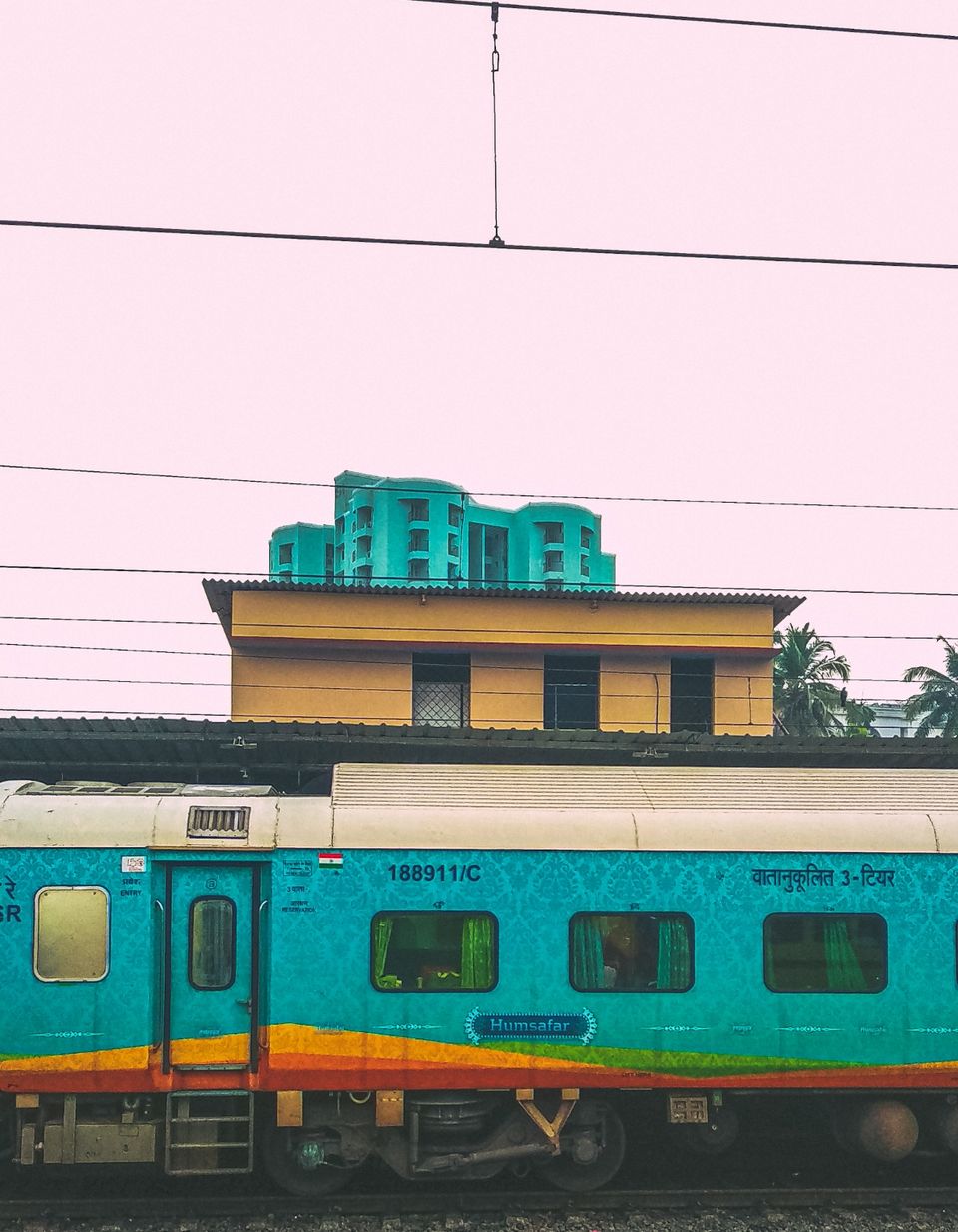 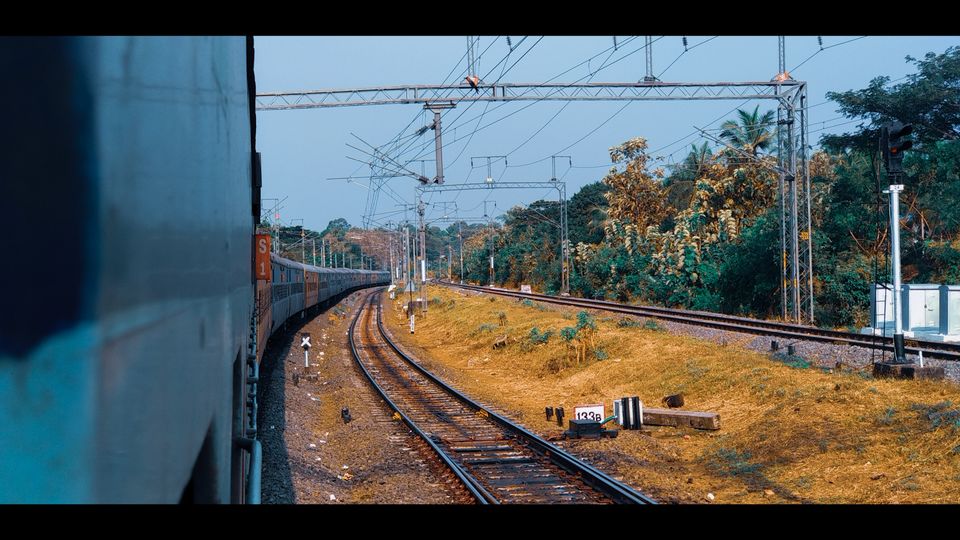