I had been in Bhuj with my family for a while now when we decided to take a trip to Rann of Kutch. I had heard about it before from my friends but couldn't really imagine a white desert of salt for obvious reasons.

Hence, excited as ever, I quickly settled myself into the car along with my family for a day trip into the desert. We left early in the morning and drove (particularly slow) into the plain and not-so-barren-as-thought lands of Western Gujarat.

Upon reaching the entry to the desert, we were confronted with a choice between the Rann and Kalo Dungar. As we wished to spend the evening in the desert, we started for the highest hill in this area, Kalo Dungar. Soon we found ourselves climbing a small hill with weird sign boards. Later we understood that these sign boards stood for the escalated magnetic levels present upon the hill (yeah, something like the magnetic hill in Ladakh). The hilltop had the famous Dattatreya temple and the sunset view point. The temple offers lunch to all the devotees at minimum cost, which was better than many restaurants visited by me. And the view from the spot is simply breathtaking.

Next, we continued our journey towards the white desert. We were greeted with huge tents that were placed there on the occasion of the on-going Rann Utsav (should have been a part of that). And then, started on a long stretch of road going directly into the desert. I have always admired the long rail bridges upon rivers (always go up to the door) with water on both sides. But this was different. I had barren desert on both sides of road, with no vegetation whatsoever. It felt like passing onto some other world. Finally we stopped in the middle of the desert. I was a bit confused, as this was like any other place we had just rode for the last 3-4 kilometers. But then, I glimpsed upon a huge patch of White. It was endless, with nothing to be spotted except the Sun. As I moved into the desert, I found myself laughing at the thought of not finding it cold in there. Had to taste the ground to come back to my senses. Yes, it was salt indeed. A thin layer of salt with muddy and marshy condition beneath. THE LARGEST SALT DESERT IN THE WORLD!

Later, we continued to roam around the place till sunset and waited to glimpse a few stars and the moon before we left.

Kalo Dungar or Black Hill is the highest point in Kutch, Gujarat, India, at 462 m. It is located at 97 km from District headquarters of Bhuj and 25 km from nearest town Khavda. The panoramic view of Rann of Kutch from this spot is breathtaking. It is also know for the Daattatreya Temple atop the hill. Legend says that when Dattatreya walked on the earth, he stopped at the Black Hills and found a band of starving jackals. Being a god, he offered them his body to eat and as they ate, his body continually regenerated itself. Because of this, for the last four centuries, the priest at the temple has prepared a batch of prasad, cooked rice, that is fed to the jackals after the evening aarti. Also, the hill is a magnetic hill, as was recently discovered. 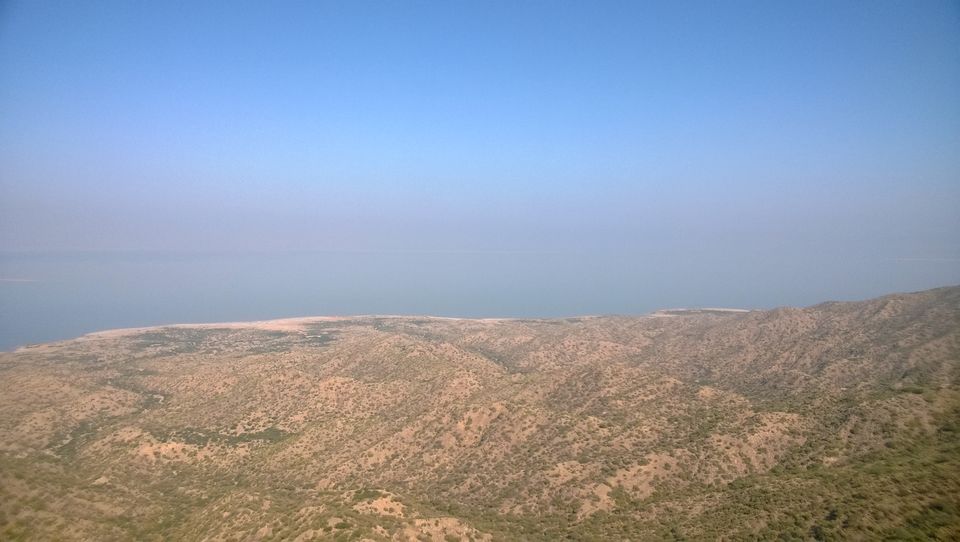 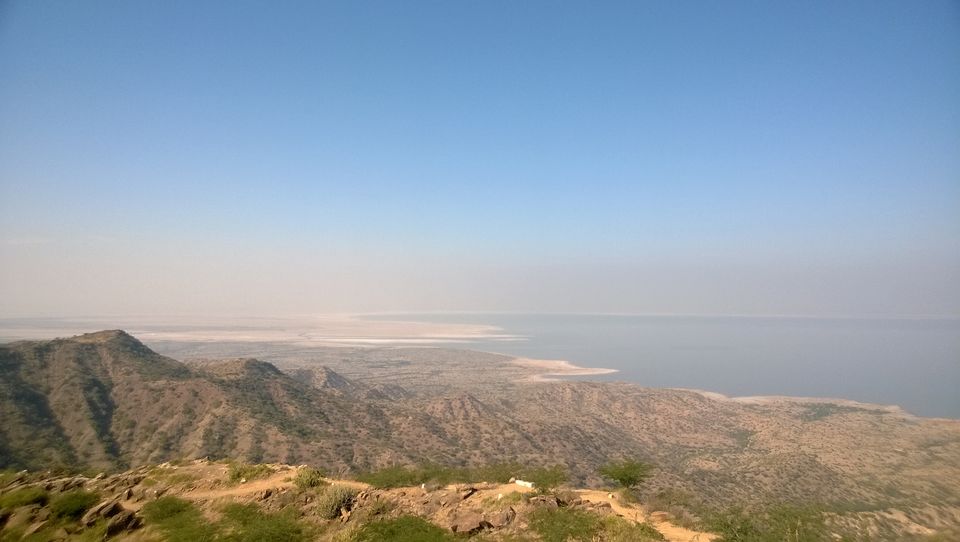 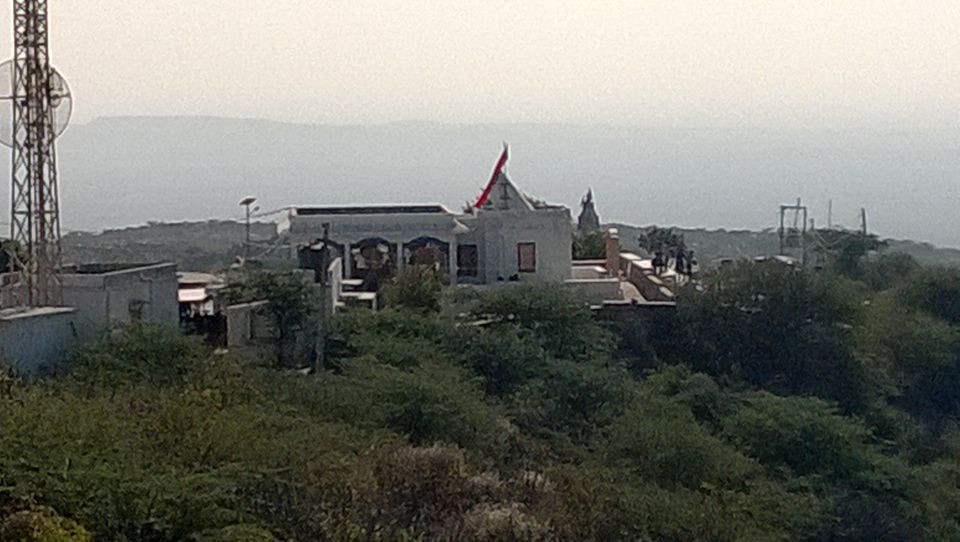 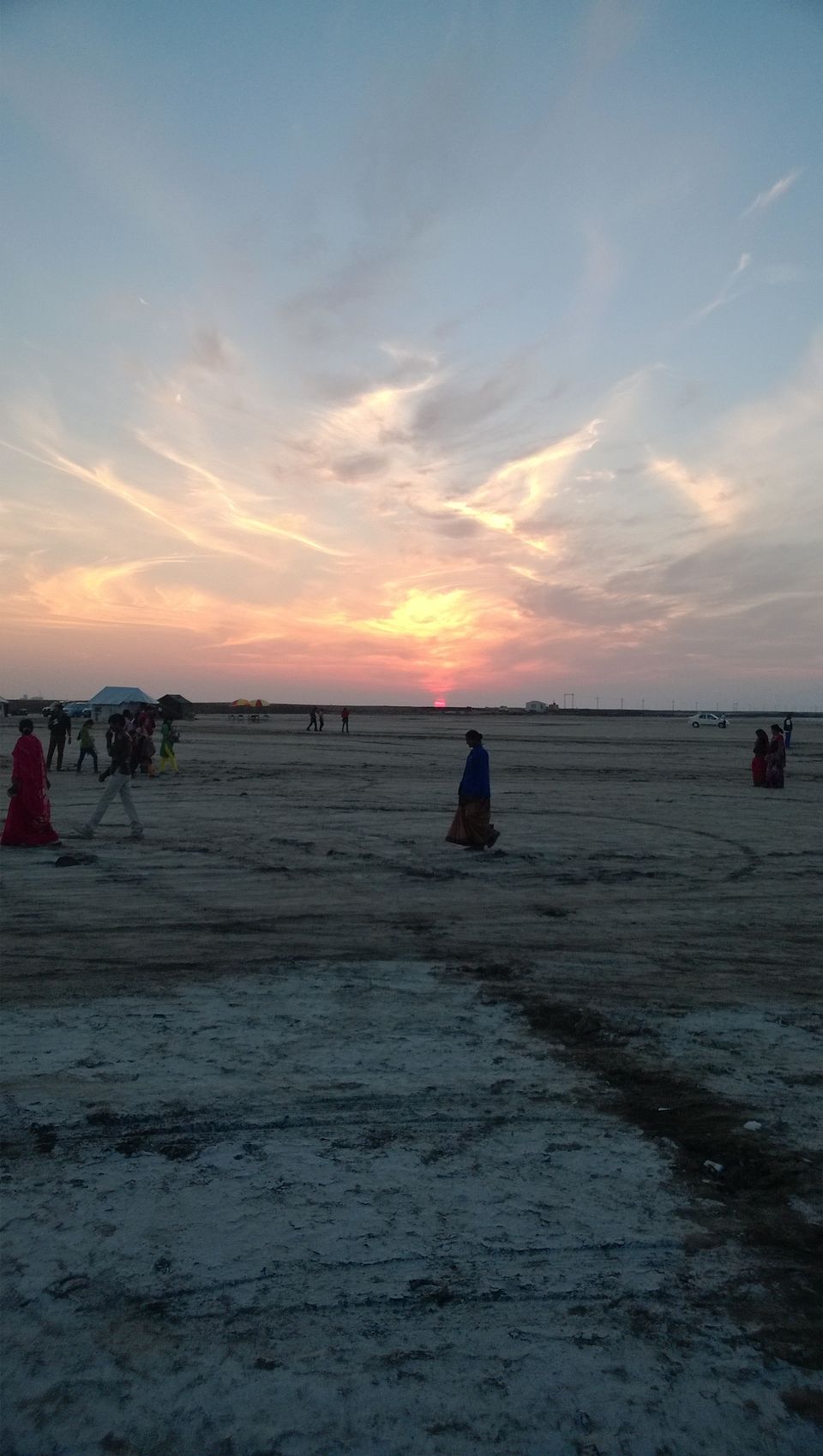 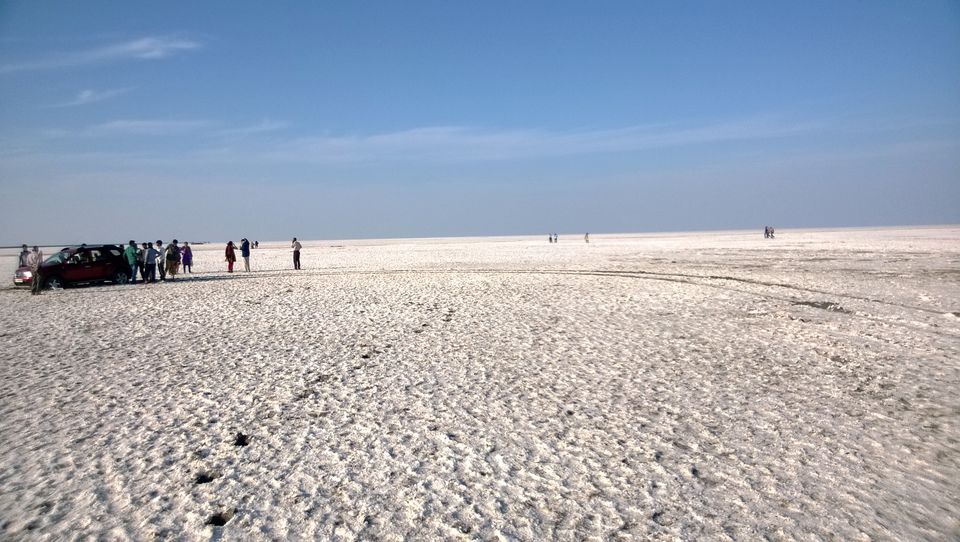