The moment I saw Gwalior Fort’s photograph in a travel magazine, I wanted to visit it. Though I got the chance to visit this city recently only. Located at 122 km south of Agra and 423 km north of the state capital Bhopal, the small city of Gwalior holds a strategic importance in history..

The motive of visit has been simply to explore Gwalior Fort, but I ended up captivated by the interesting details of the city. Lets start with the iconic Gwalior Fort first. Rising 300 feet up, Gwalior Fort is the second largest of such a style, first being the Chittorgarh fort in Rajasthan. The Mughal emperor Babar has termed Gwalior Fort as "the pearl amongst the fortresses of Hind." Within Gwalior Fort you will witness marvelous examples of medieval architecture. As we ascended the steep road going upwards towards the fort, we saw an array of amazing statues of Jain Tirthankaras, carved into the rock.

The Man Mandir Palace within Gwalior Fort is considered the most beautiful of all. It is elaborately constructed with an amazing structure that seems to hang on at the edge of the fort. Blue ceramic tiles form the façade of its walls. The Gujari Mahal is another magnificent palace, built as a dedication to the queen Mrignayani by Raja Man Singh Tomar.

There are two levels down the fort that has been well preserved and allowed to visit, but it’s better to hire a guide to learn more about Gwalior Fort. On the first level, you will find the Queen’s chamber with an ancient telephone. According the guide, this telephone has a hollow pipe that connected it to the other part of the palace, acting as a medium of communication between the queen and the king. I have no idea how true this story is but indeed, there exists a hole with a hollow pipe where the sound echoes. Apart from this, we also saw an ancient cooler in the room. On minus two level there is a place called Jauhar Kund where supposedly ‘sati-pratha’ was performed by the womenfolk of the royal family. This pratha was initiated when the king of Gwalior was defeated in the year 1232 AD. Legend has it that when kings used to die during a battle, their queens used to commit suicide in Jauhar Kund.

The sound and light show at the Man Mandir Palace should not be missed. The eloquent narration of the story is done by Amitabh Bachchan – the Gopachal, sutradhar (narrator). But unfortunately we missed it because of heavy rain in the evening.

The Karan Palace, the Jahangir Mahal and the Shah Jahan Mahal are also worth seeing, though they are not well-maintained. In fact I was really sad at the condition of these palaces. If maintained in a proper way they are bound to look wonderful.

In the vicinity you will find Saas-Bahu temple and Teli-ka Mandir, which are simply beautiful. The detailing and the splendid interior are spell bounding. The plus point is that you can see a bird’s eye view of the whole city from these Temples. A large part of this fort is under Scindia School premises. Established in 1897, this school one of the prominent boarding schools of India. It was originally started for nobles and princes and housed in the erstwhile barracks of the British soldiers.

Another attraction of this city is the Jai Vilas Palace - a museum which houses the royal artifacts. It is famous for its rich collection, ranging from manuscripts, miniature paintings, weapons, sculptures to coins and other various items. I say, definitely worth visiting !

Tansen - the musical genius and one of the nine gems of the king Akbar’s court, was buried in this city. His memorial situated near the tomb of Ghaus. The ‘Jaali’ work in the courtyard around the tomb is spectacular. You will experience a calm ambience while the attractive architecture steals your heart.

SOME OTHER FACTS ABOUT THIS CITY It is believed that Gwalior was among the five princely states which enjoyed 21 gun salutes during British rule. Along with Hyderabad, Mysore, Jammu and Kashmir and Baroda, Gwalior held important stature within British India.

Gwalior is famous for music - one of the oldest gharanas or schools of Hindustani classical music. Sarod Ghar, the first ever museum is dedicated to Indian musical instruments is located in this city.

Gwalior is famous for its handicrafts and leather products all over India.

LOCATION Situated 197 meters above sea level, Gwalior is 121 km from Agra and 321 km from the national capital of New Delhi. Several trains are available from Delhi to Gwalior and the city is well-connected through road ways as well. 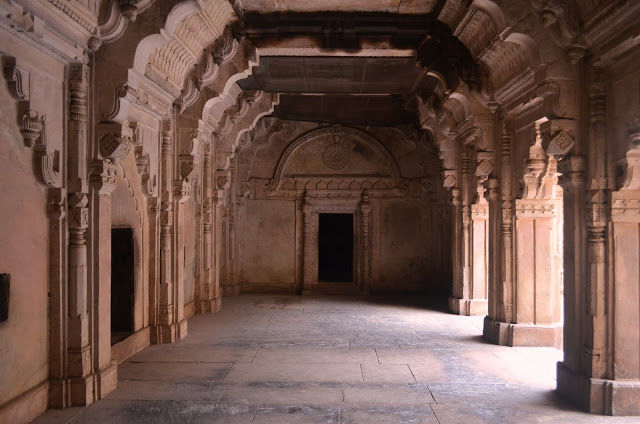 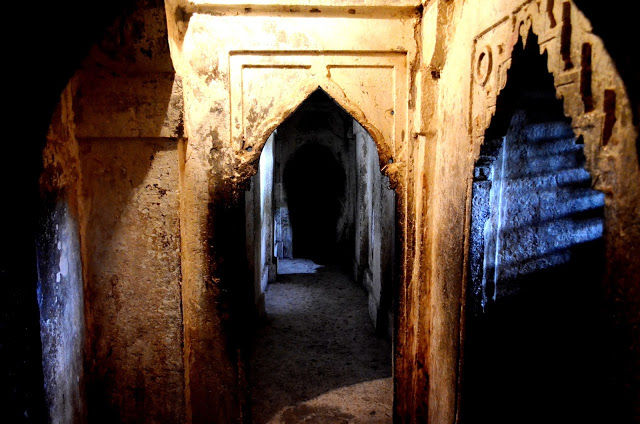 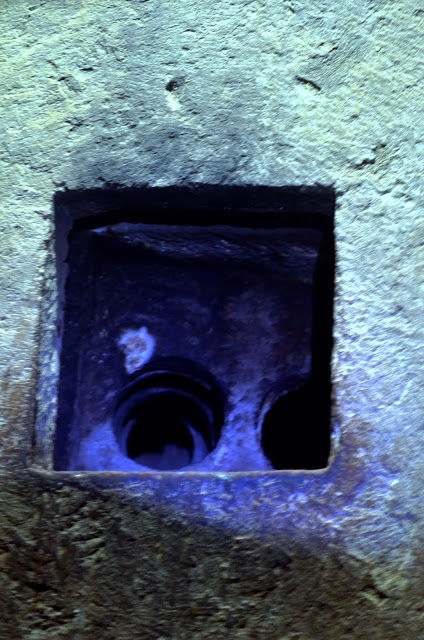 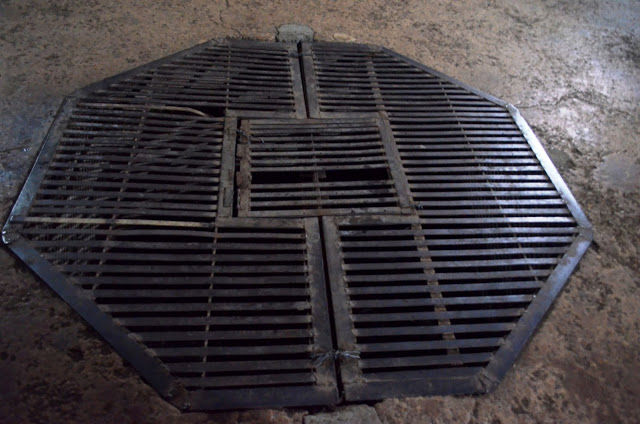 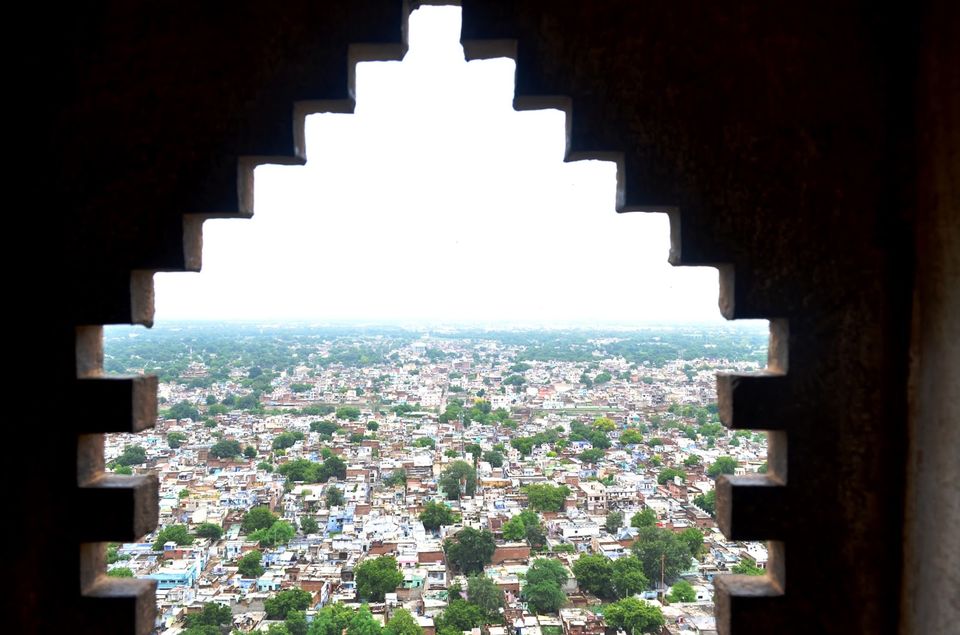 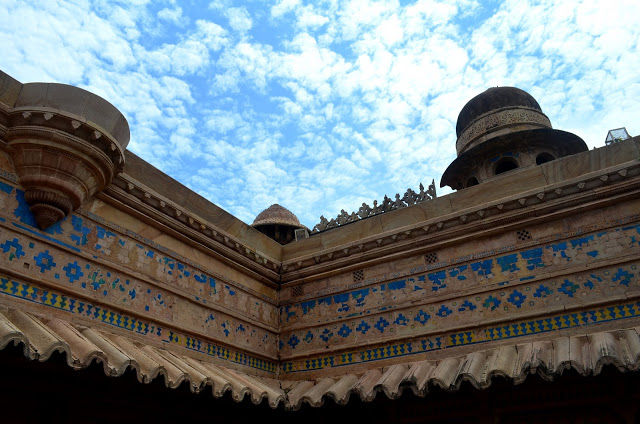 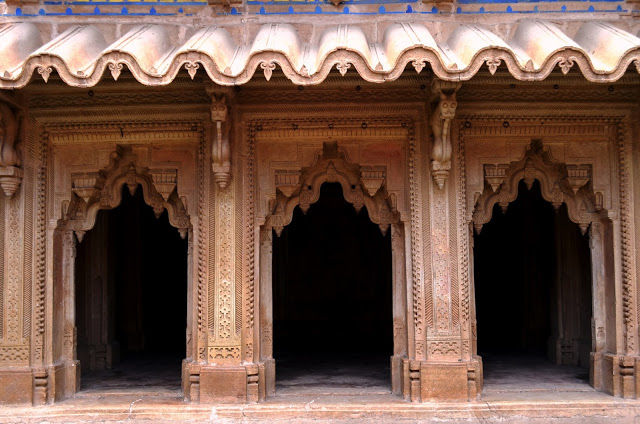 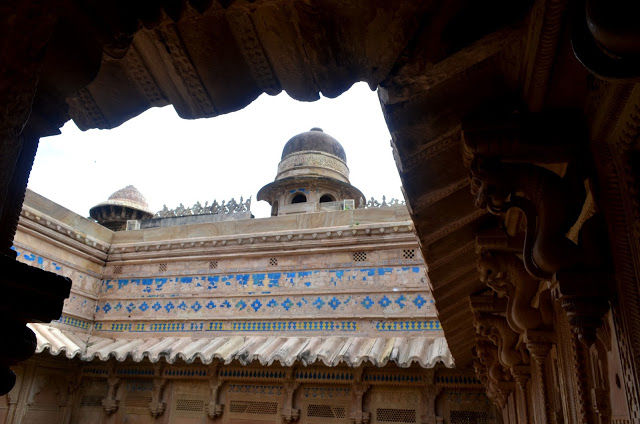 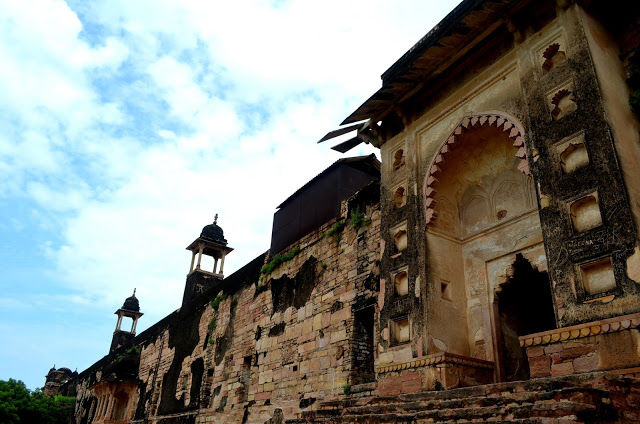 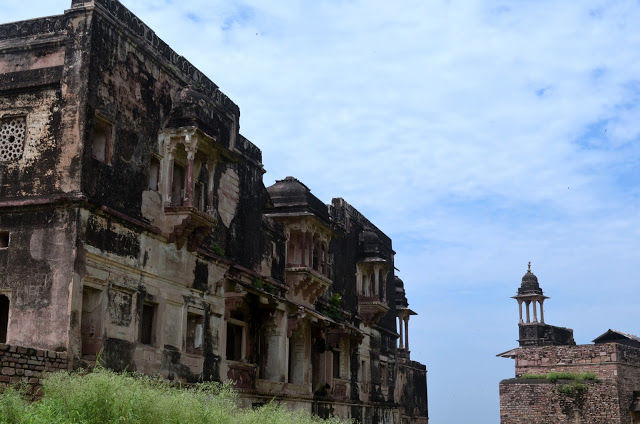 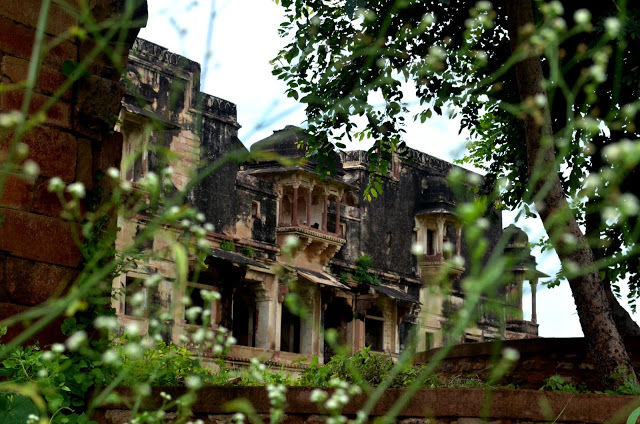 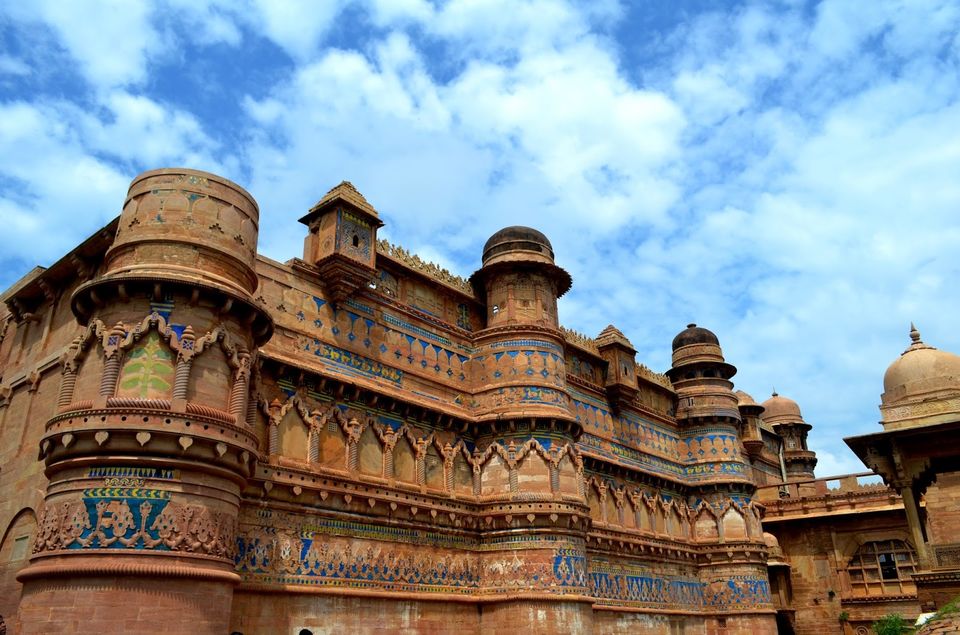 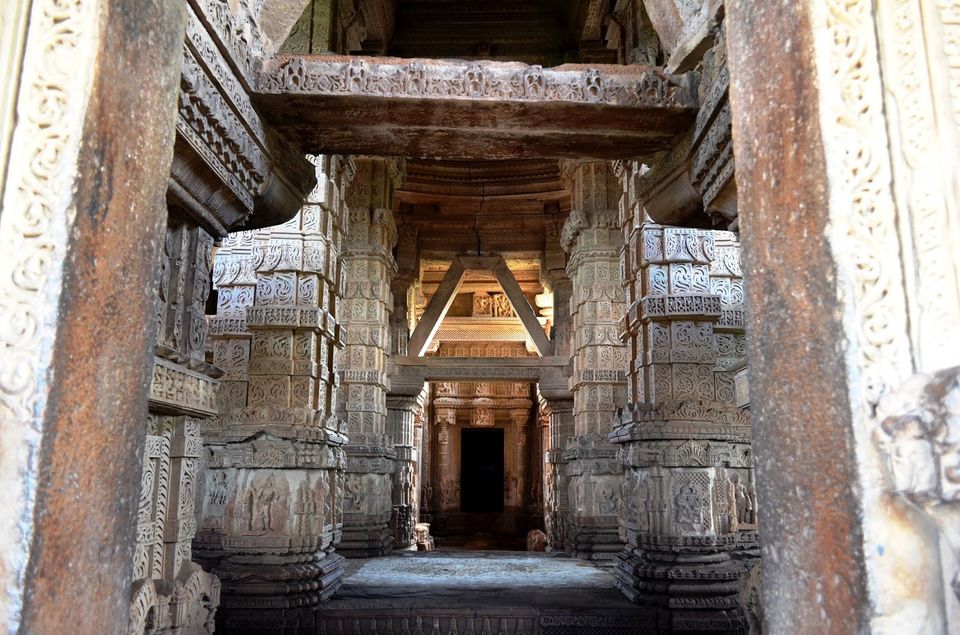 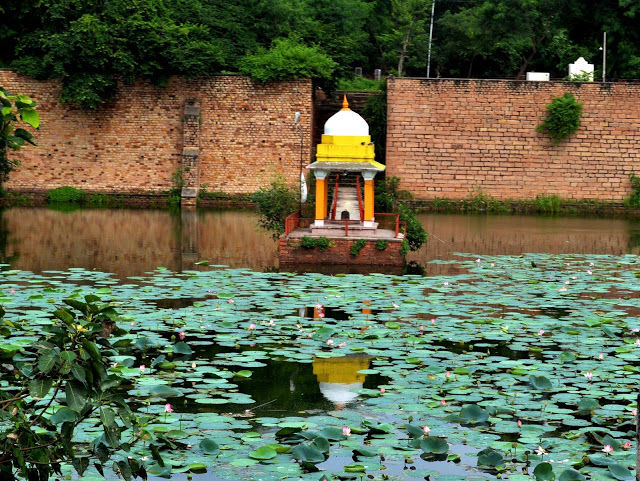 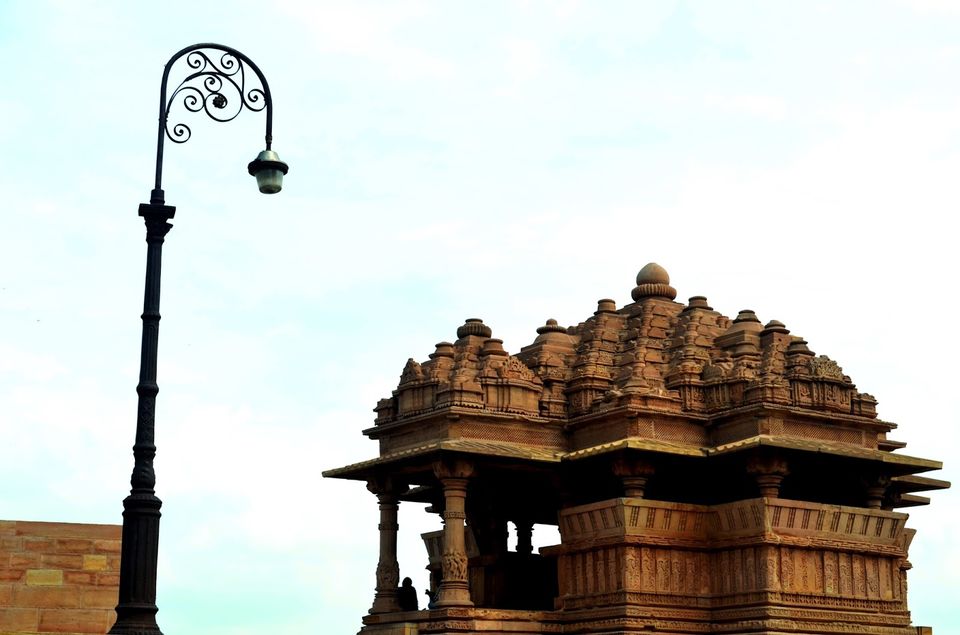 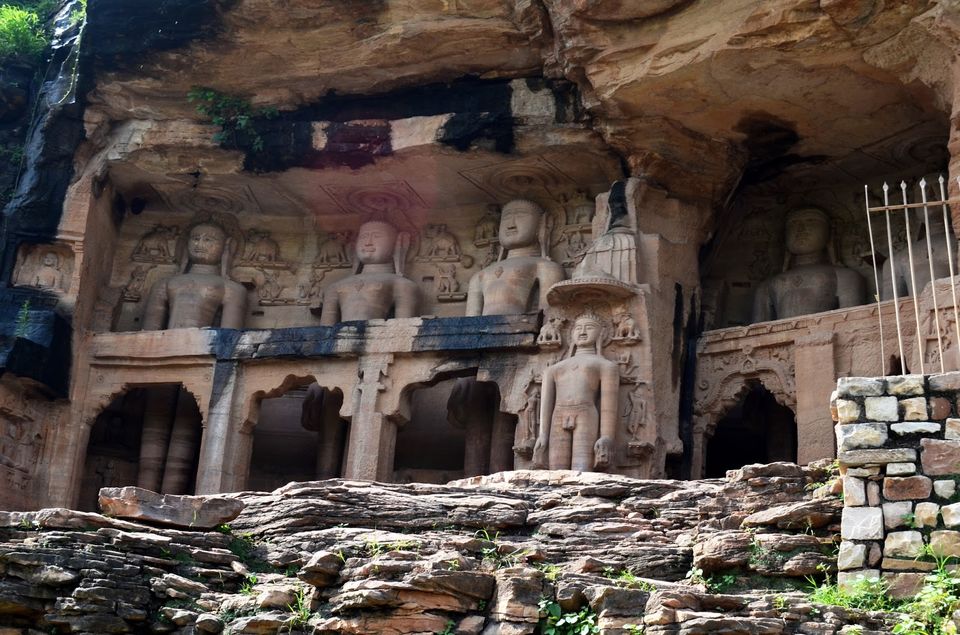 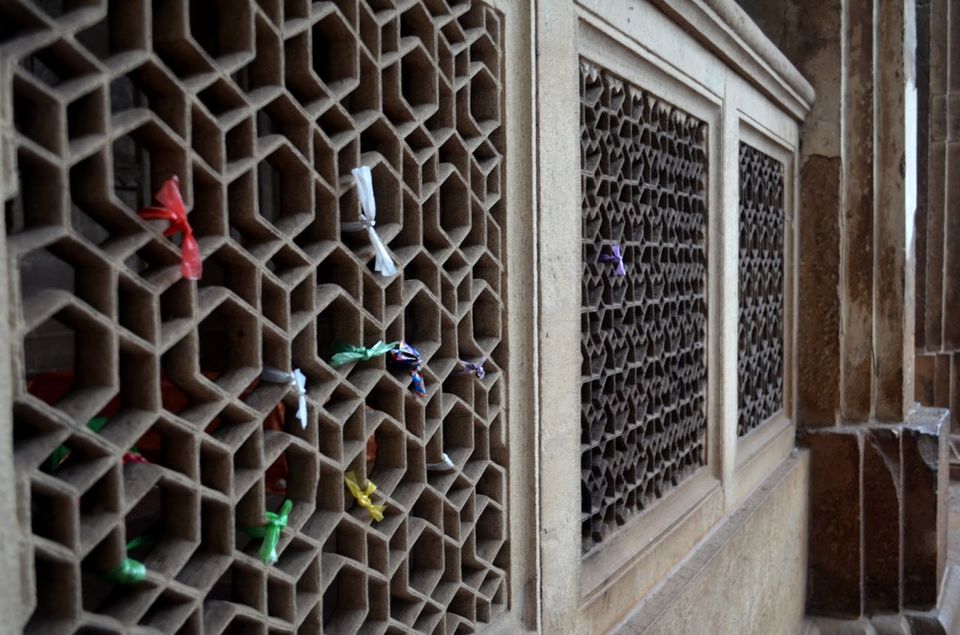 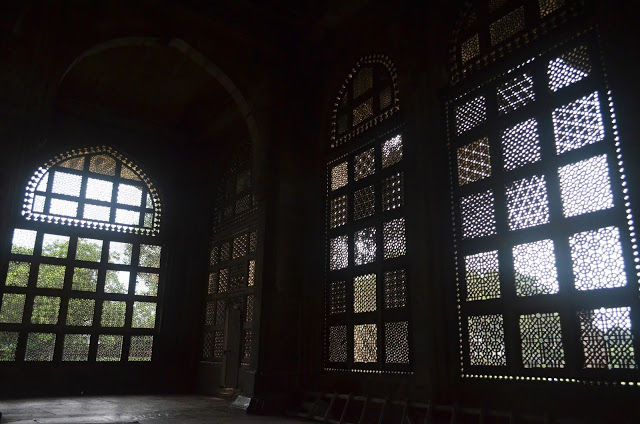 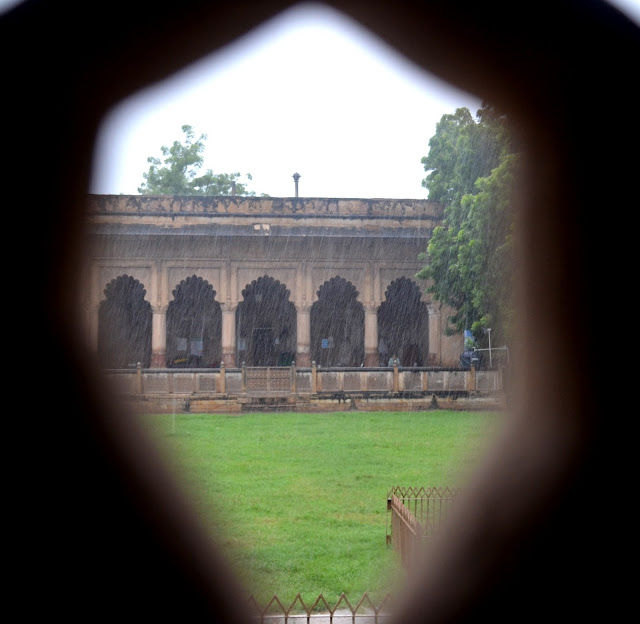