Three Offbeat Destinations That Will Surprise You By Their Beauty

A few weeks ago, we were toying with the idea of going for a vacation abroad. The three of us, the father, the son and I, came up with three different destinations that are poles apart considering their pivotal tourist attractions. However, one thing was common, all the three places we chose were beautiful in their own ways and were not-so-conventional ones.

While the situation is still like a hot potato, the blogger in me has gotten inspired to write a post pertaining the information we gathered from our weeklong research about those places.

So, let’s start our virtual journey.

Vietnam: This was proposed by the man of the house as he has reared an interest about the iconic Communist leader, Ho Chí Minh, from his childhood. The history of Vietnam is of war and rebellion. The country has now embraced peace and is evolving rapidly securing its place as one of the most coveted tourist destinations in the world.

Myriad forms of geo-diversities, breathtaking natural beauty and an age-old culture have made Vietnam truly fabulous. Apart from the capital city of Hanoi, in and around the Ho Chi Minh city, tourists can enjoy the quintessence of Vietnamese culture. We have Ha Long Bay in our list, often referred as the eighth natural wonder of the world. Million years of environmental changes have given rise to karstification of the land. Travelling through thousands of monolithic limestone islands jutting out of the emerald green silent water, on a traditional junk, is an unforgettable experience. The Ha Long Bay is a UNESCO world heritage site.

The bamboo boat tour at Trang An Grottoes, Ninh Binh is also a must. While these types of limestone caves are not so uncommon in other places of the world, we learnt, that meandering through the limestone caves on boats drawn by skilful Vietnamese women having a prowess is just thrilling.

Vietnam is now a throbbing and fast-developing nation, not a war. The very spirit of the nation, its heritage and culture, deserve a visit.

Namibia (Windhoek): A rather uncommon suggestion from the junior probably for the reason that he has watched exhilarating wilderness safaris of Namibia on the Nat-Geo. Our R&D revealed that Windhoek, the capital of Namibia, is situated in the Khomas Highland plateau area, at around 1,700 metres above sea level. It’s an evergreen city with different architectural marvels showing the effects of colonisation. Among the post-colonial architecture, the Tintenplast building attracts a lot of tourists and Namibia’s Parliament sits there. Christuskirche, a Lutheran church, is the most well-known landmark of the city. For culinary enthusiasts, enjoying zebra steaks or ostrich kebabs would be an adventure!

However, what attracted us most is the wildlife at Daan Viljoen Game Park in the Khomas Hochland, only 18 km to the west of the city. Apart from animals a-z, that is, from antelopes to zebra, this is a paradise for bird-watchers with over 200 kinds of birds. Of course, that attracted the bird-enthusiast in me.

The Etosha National Park, the greatest national park of Namibia, is a five-hour drive from Windhoek. One is likely to see lions, elephants, black rhinos, giraffes and many other animals here. Undoubtedly, the source of the excitement of the junior lies in these parks.

Qatar Airways, Jet Airways, Ethiopian Air, conduct flights to Windhoek from Kolkata and other Indian metros. Multiple carriers are there in a flight.

Bahrain: Suggested by yours truly. The history of Bahrain traces back to 3rd millennium B.C. Bahrain, literally means, ‘two seas’, is an archipelago in the Persian Gulf. It is said to be the most socially liberated among the Arab countries of the region. It is a mecca of shopping and the souqs offer everything on earth.

However, the historical marvel of Bahrain evokes my interest more. For me, witnessing the age-old buildings, architectural grandeurs, creates a sensation of thrill and awe. So, the archaeological site of Qal’at al-Bahrain (UNESCO World Heritage Centre), Bahrain National Museum, Arad Fort, Barbar Temple, Beit Al Quran- are a must visit. The Al Areen Wildlife Park & Reserve is there to my son’s delight who has a penchant for wildlife. The pictures we have seen on the internet are really enchanting. The park has a diverse wildlife to offer. 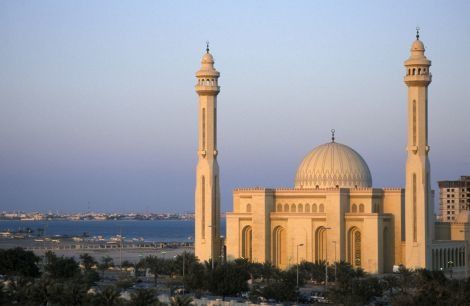 The Hawar Islands off the coast of Qatar is an archipelago of desert islands owned by Bahrain. It takes about 2 hours to reach Hawar Islands from Manama, the capital of Bahrain. Our interest in that island lies in the fact that it’s famous for birdwatching. Plush resorts are there so that tourists can enjoy their stay.

Travelling is a lesson in itself, an elixir to renew our minds and bodies.

It’s practically not possible to bring out the joy of visiting a beautiful place even with prolix sagas.

The happiness remains only with the traveller. It’s their very own feelings, treasured for life.