Kheerganga - From eyes of a first time trekker 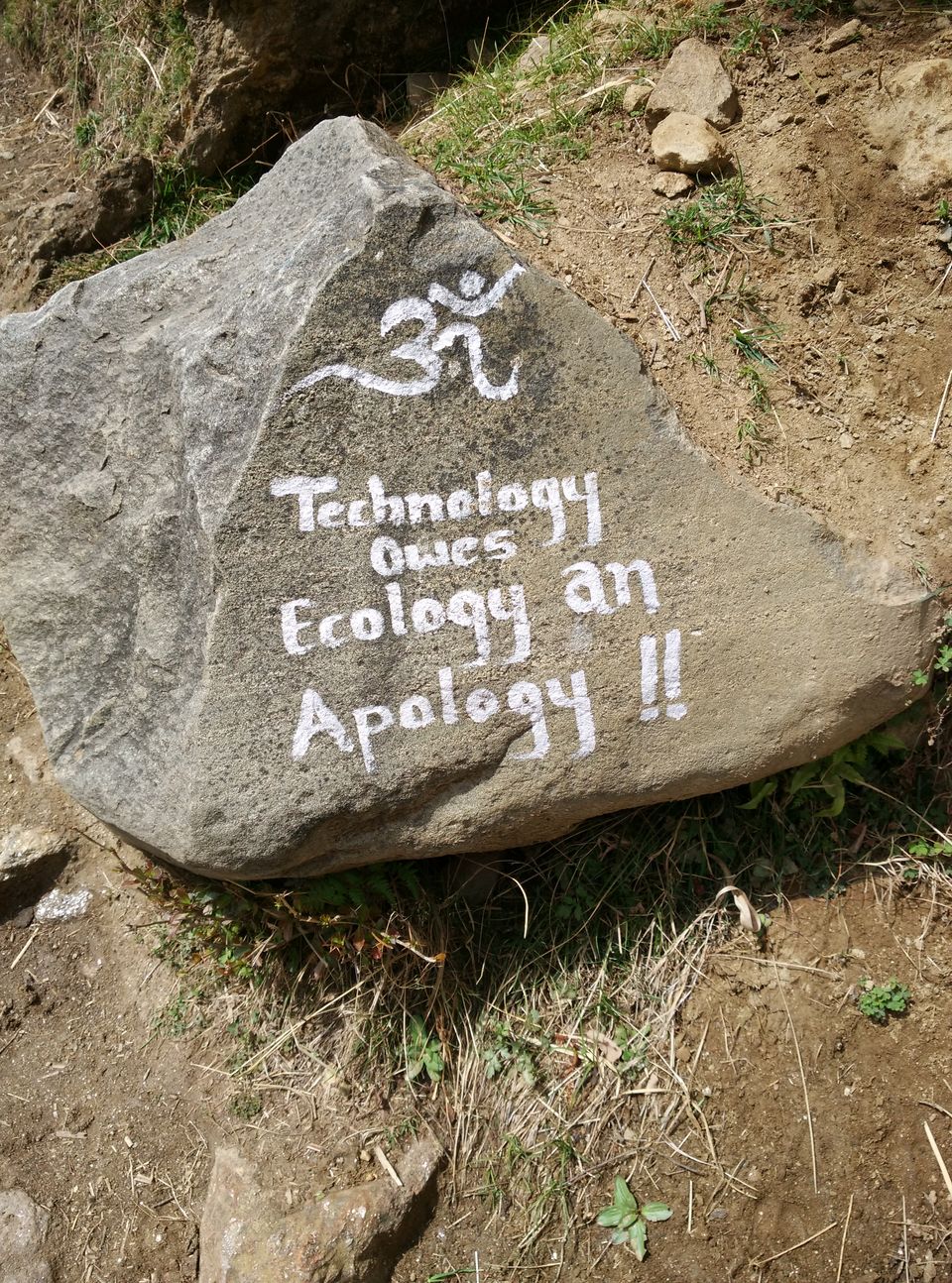 The most commonly available map of the valley ! 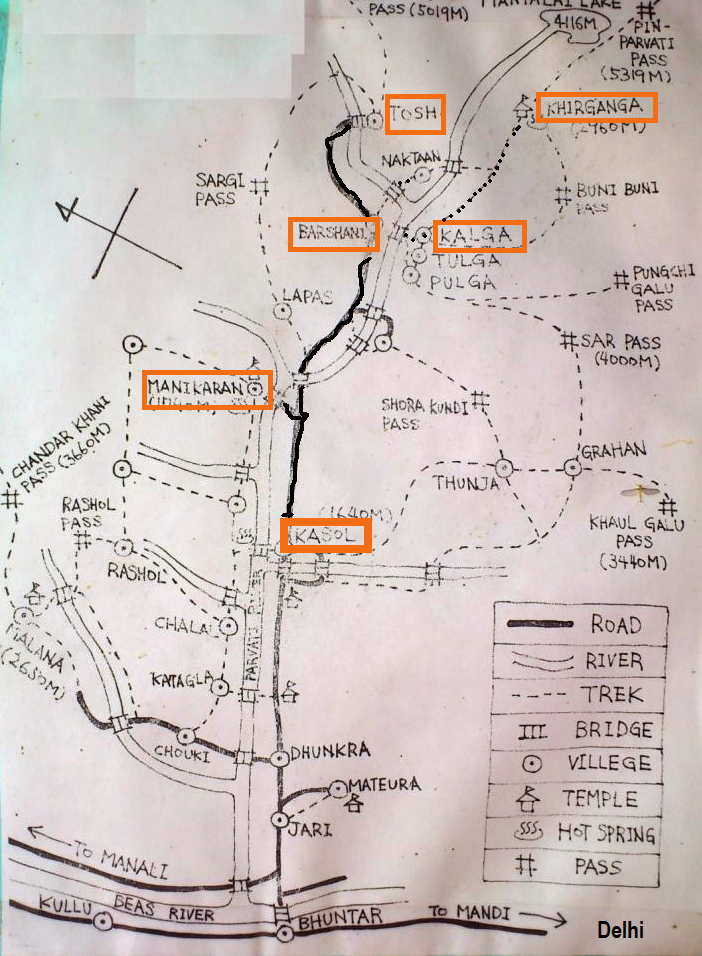 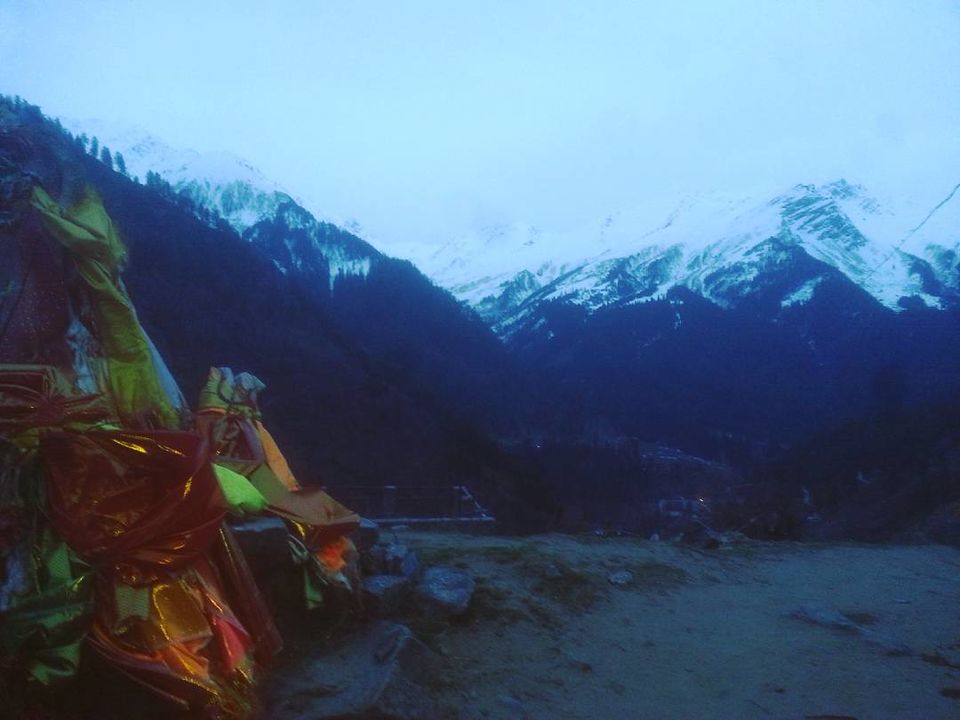 While walking to tosh 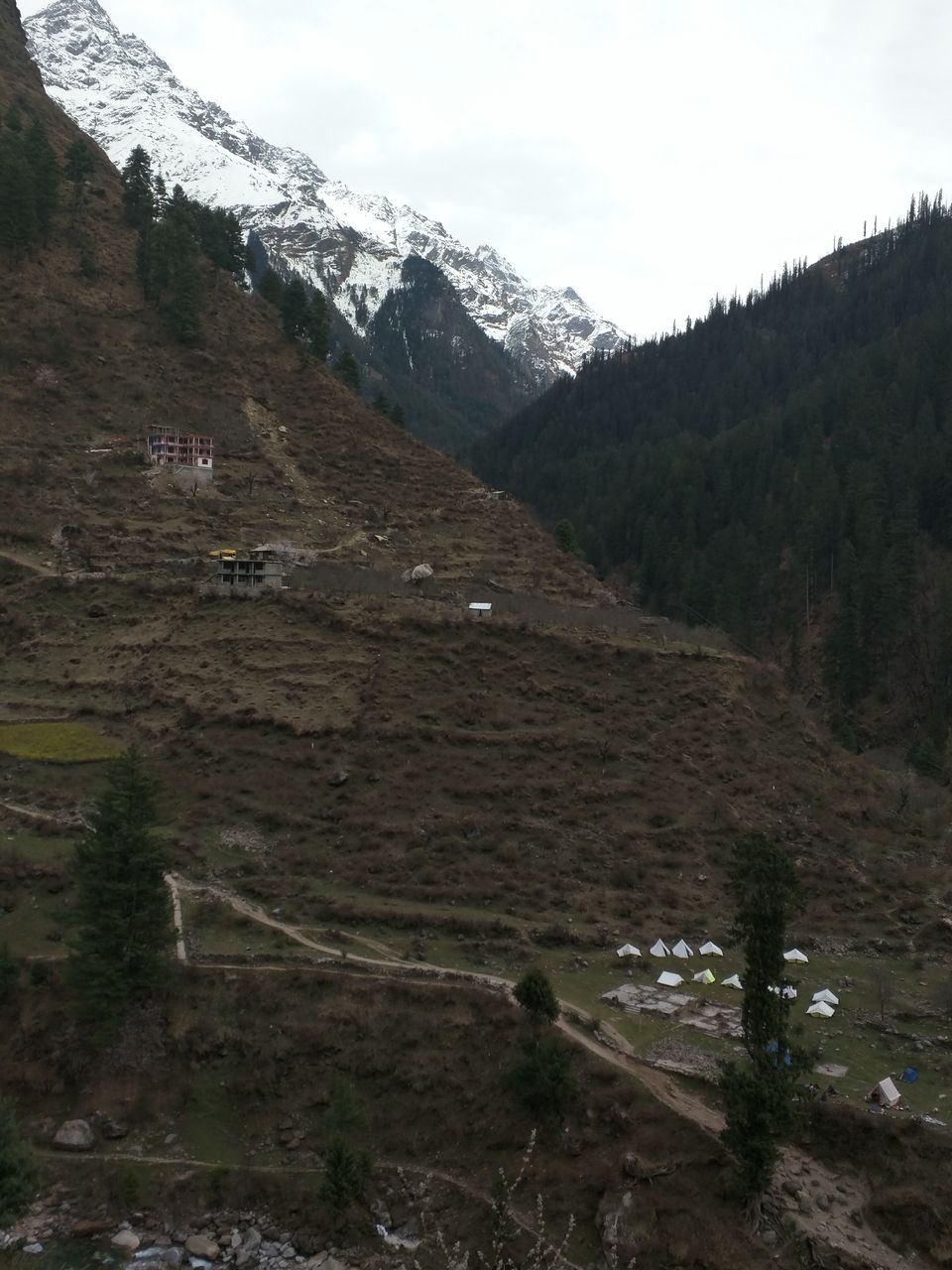 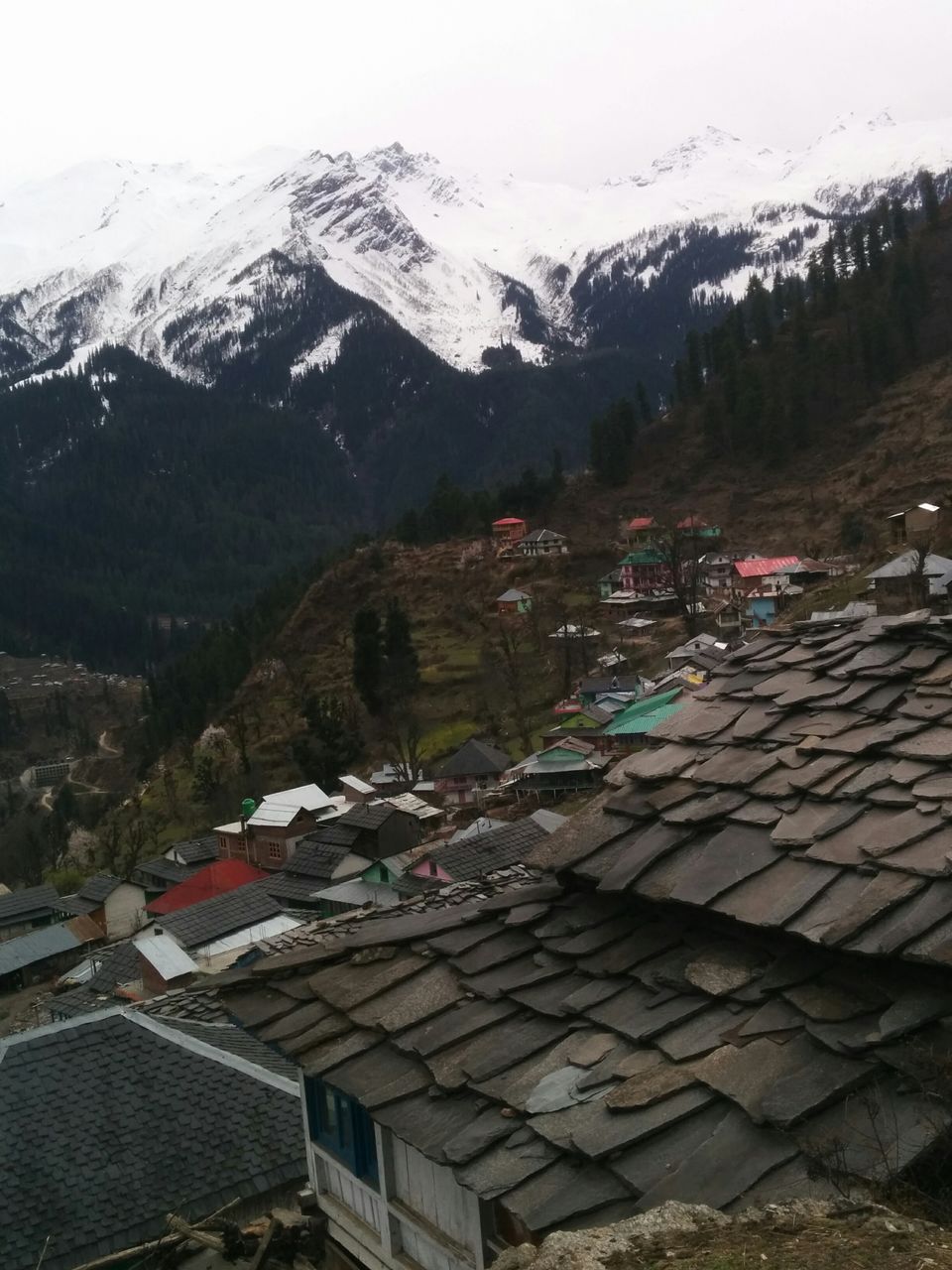 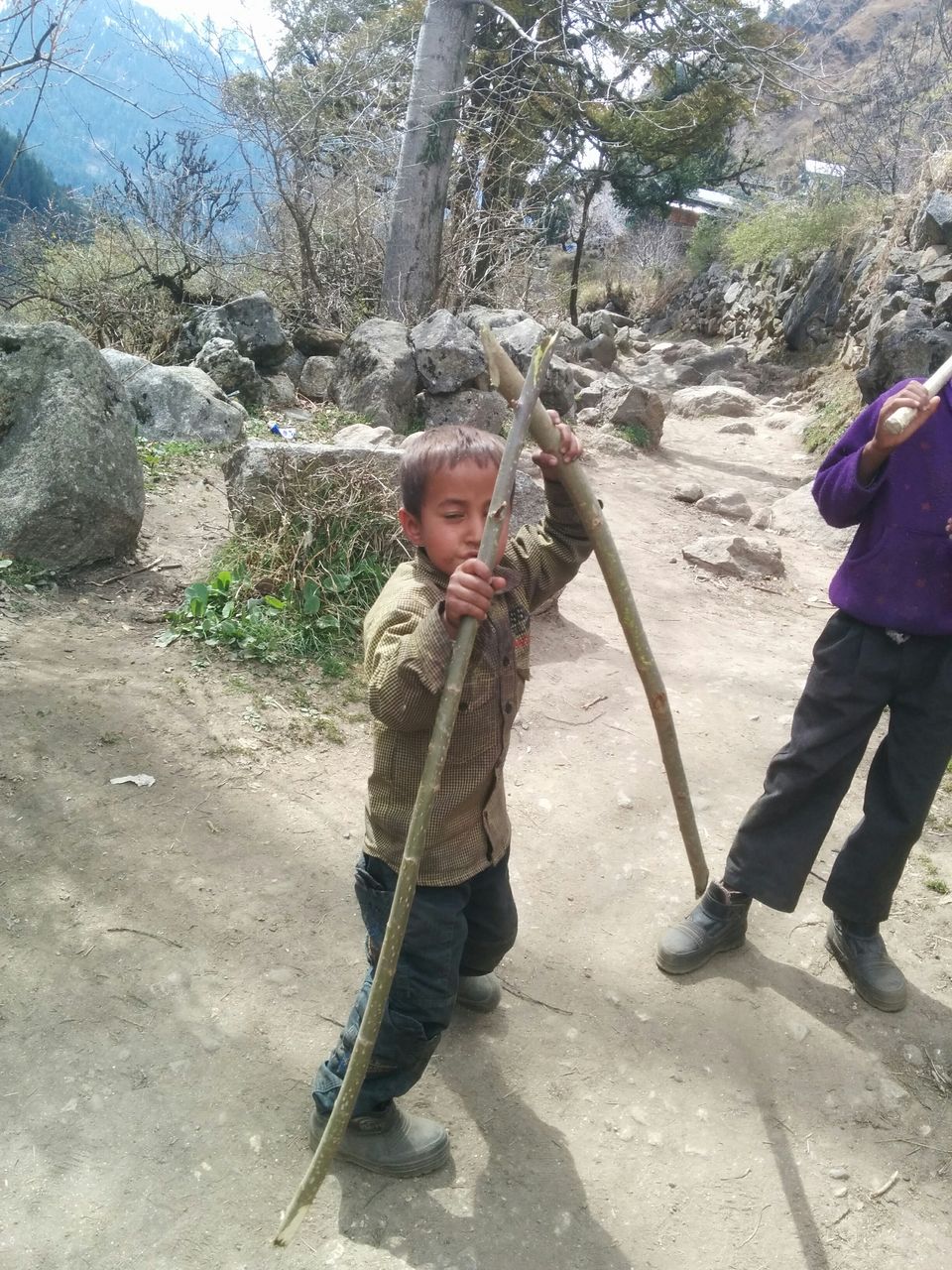 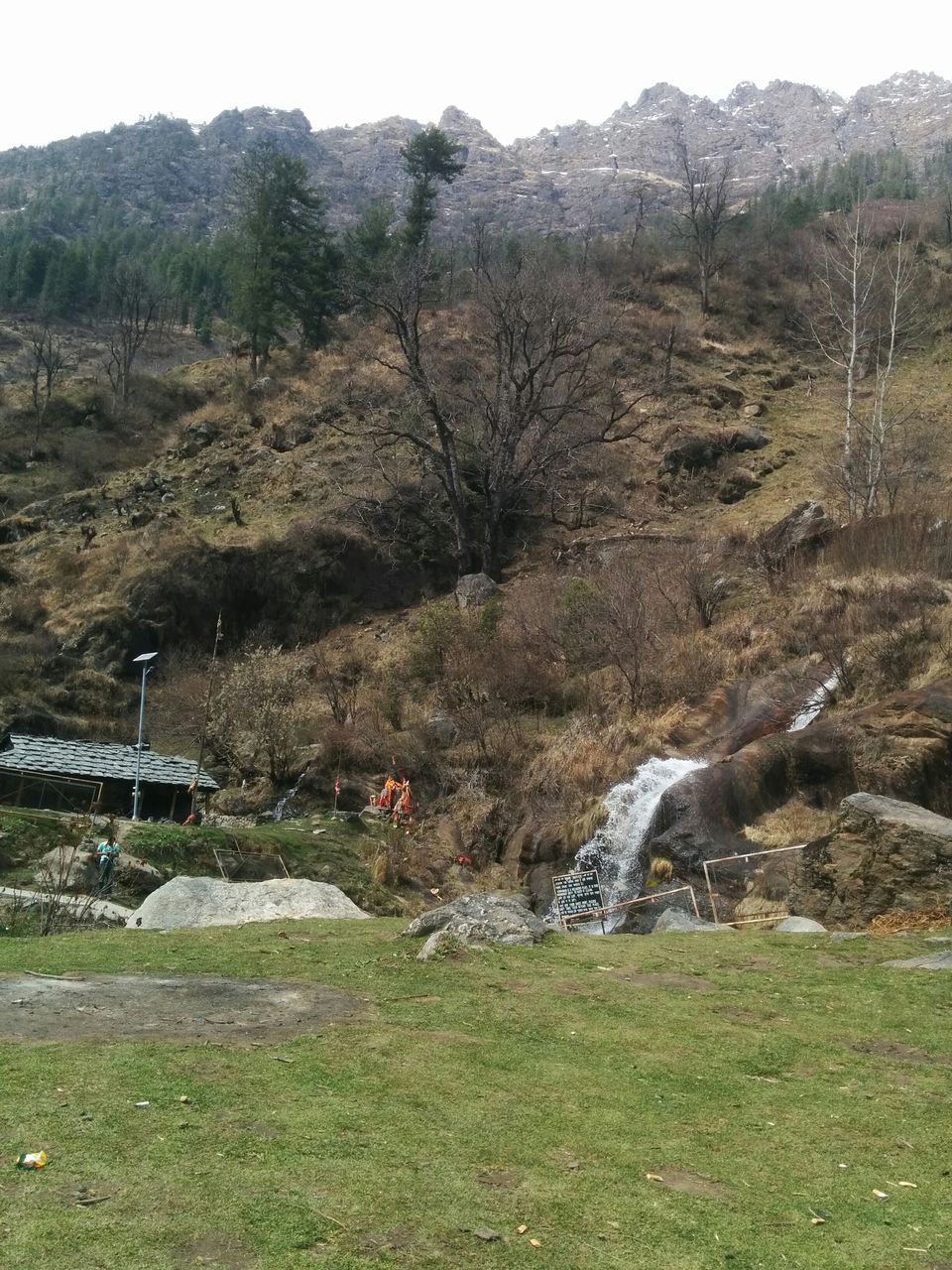 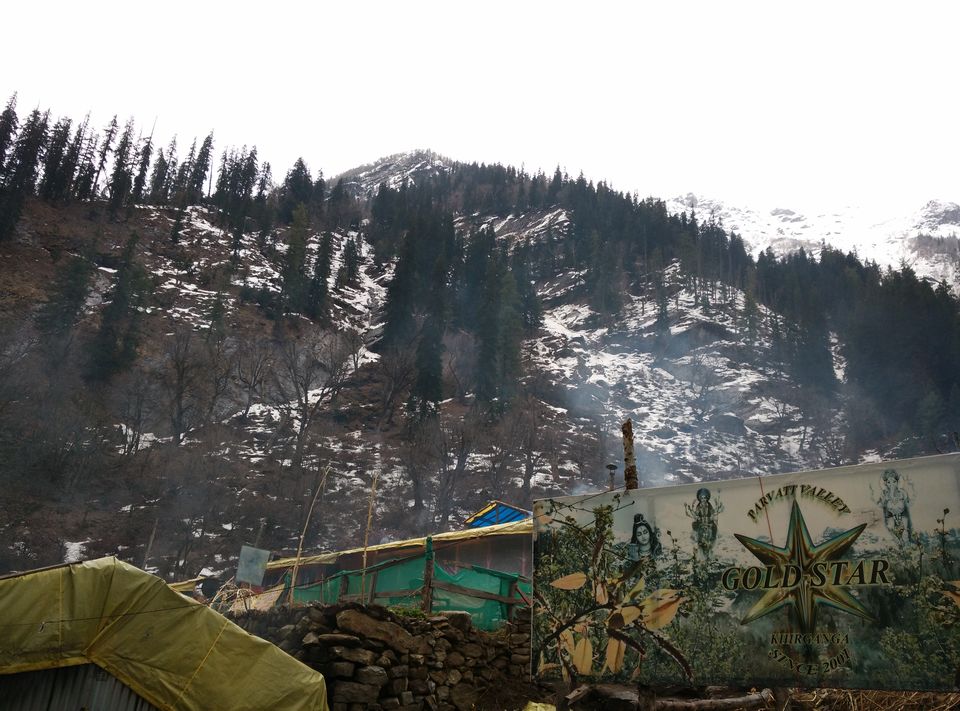 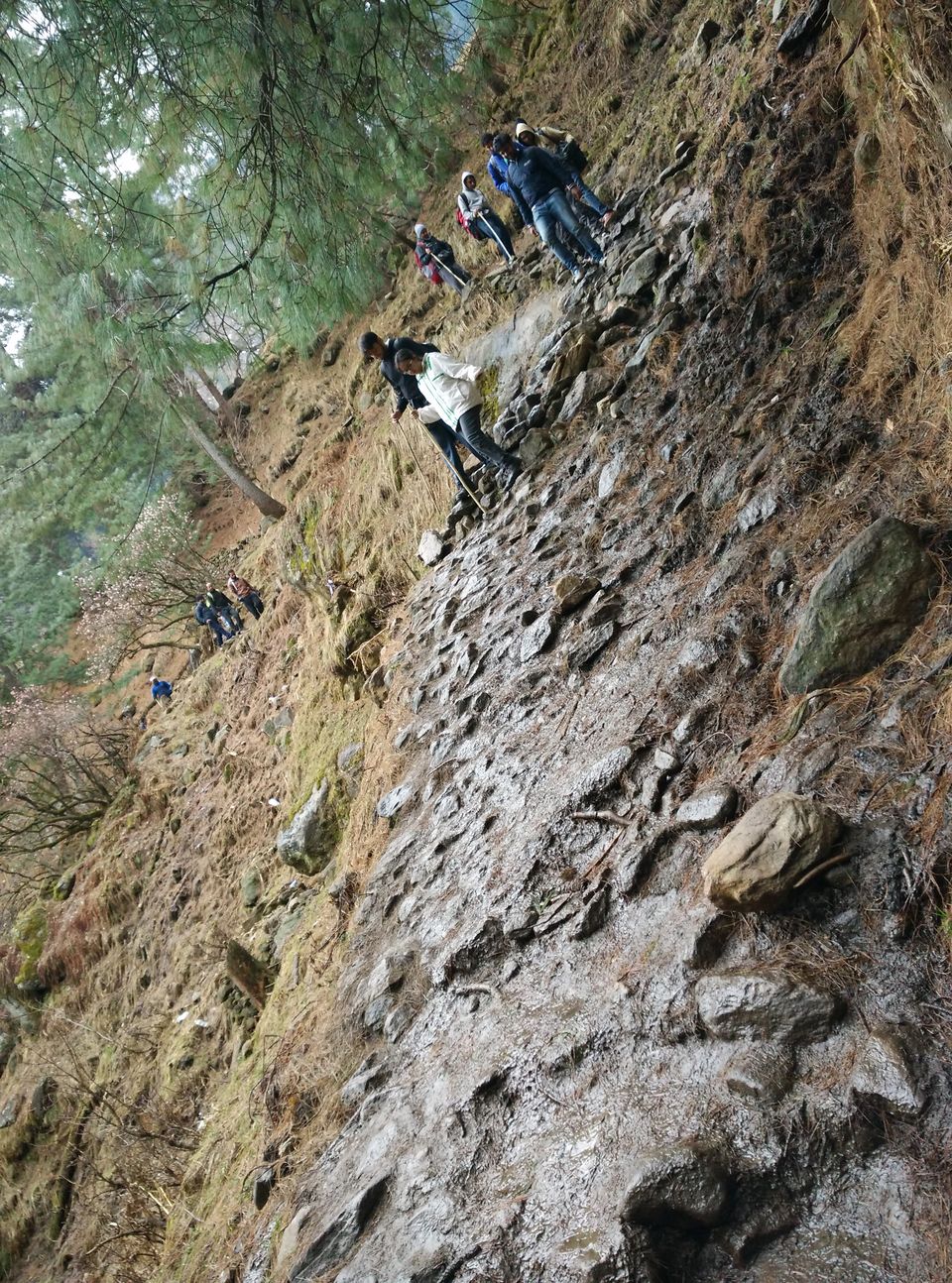 all you need is a good pair of shoes 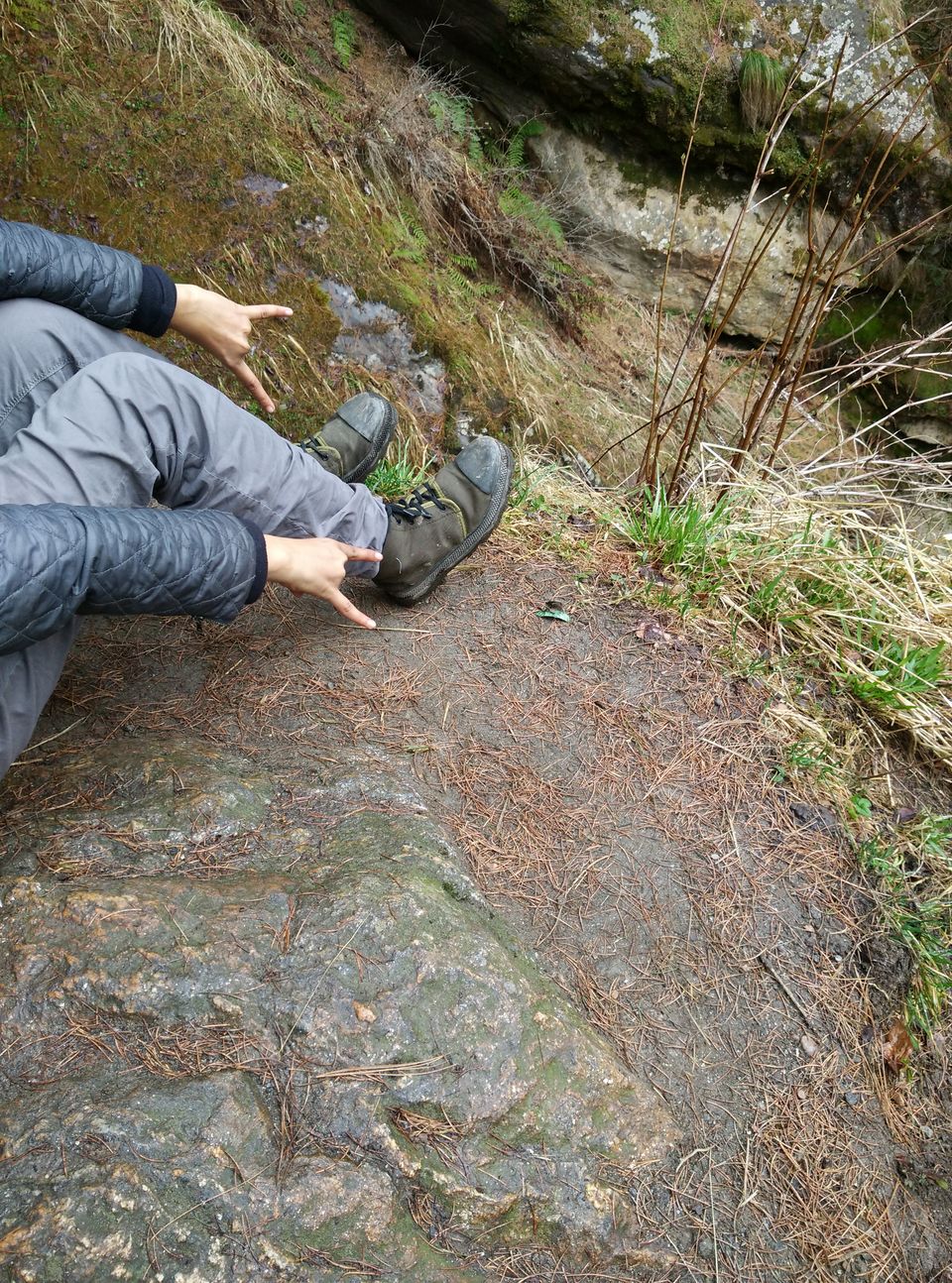 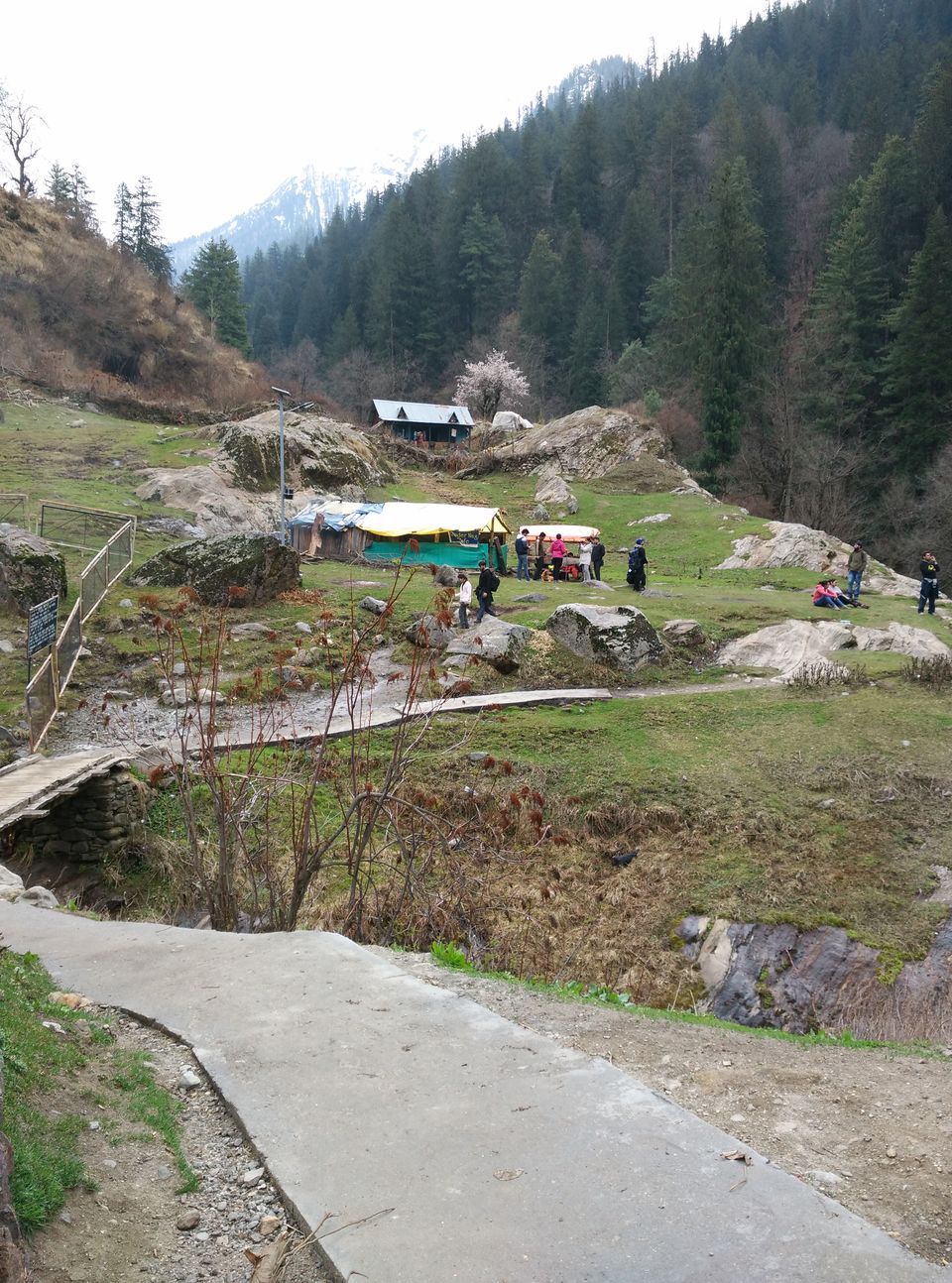 Just before you reach the dam site 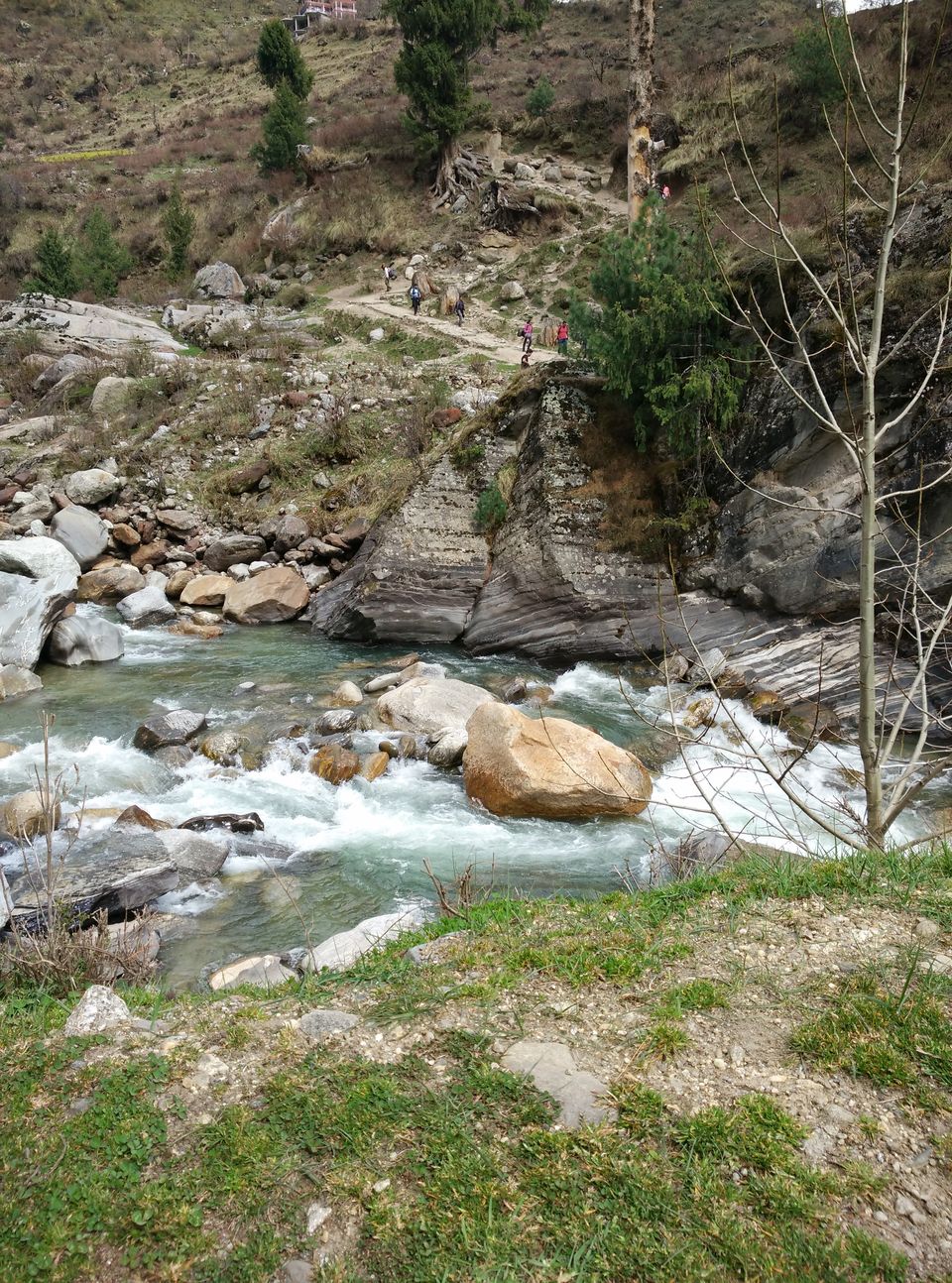 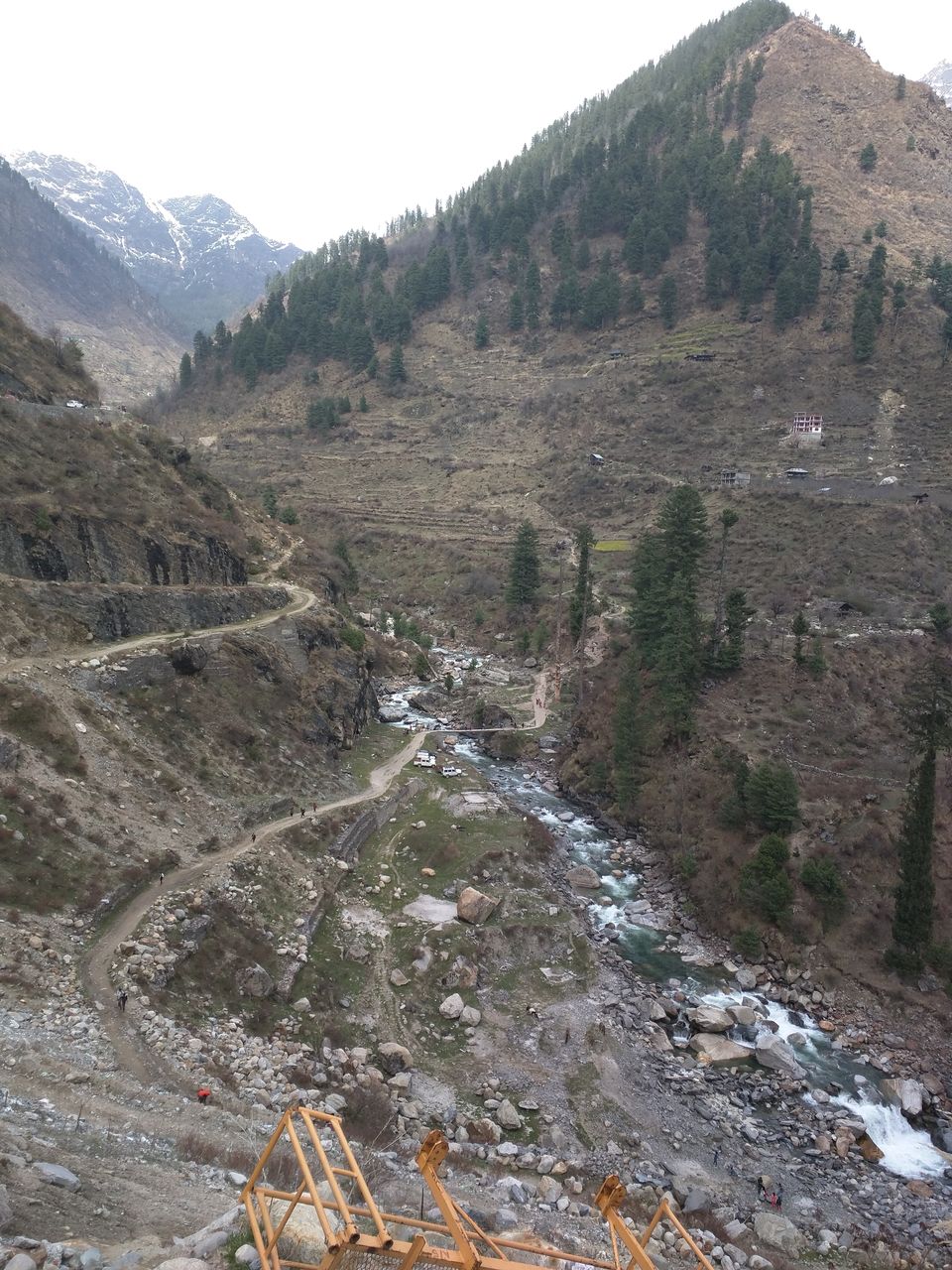 "Kheerganga is situated in Parvati Valley at a distance of 22 km from Manikaran. For Kheerganga, Barshaini is the last motor-able point and from there one has to go on foot. Its hot water springs make the trek all the more rewarding apart from the fact that it is an extremely beautiful path running parallel to Parvati river. "

Since many posts already cover details of the famous trail I will write about some of the points I found relevant:

You can book all sorts of buses from Volvo to ordinary ; from HRTC or private travels which will take you to Bhuntar.

I started at 6:40 pm in a semi deluxe HRTC bus from ISBT Kashmeri Gate, Delhi which dropped me next morning 8:00 am at Bhuntar. From Bhuntar you get local buses every half hour going to Barsheni via Kasol, Manikaran and Jari. It takes roughly 3 hours by bus because of stoppages .If you are taking a cab from Bhuntar to Barsheni it is probably 2 hours I guess.

(A Tip: Try to book a seat on left of driver for Delhi to Bhuntar route to enjoy the early morning beauty of the valley. )

(A Tip : If you are on a tight budget or bargaining is not your strong suit take local buses instead of cab to save money .For bhutar to barsheni fare is 75 Rs and cab asked me for 2000 INR though it could seat like 10 people which would make sense for bigger groups .Just keep tab on bus timings as they are at a frequency of one hour to barsheni and last bus from barsheni leaves at 5 pm)

Kheerganga is wonderfully relaxing but unfortunately it is being swamped by travellers who are least bothered to keep its natural beauty intact and are littering it beyond redemption . Through out the way I saw people taking pictures of the numerous messages on stones which were written to remind us of no littering, no plastic but most people didn’t even flinch once while throwing things around making a mess of the beauty they had come to cherish.