The tougher the journey the sweeter it feels when reached to the destination. 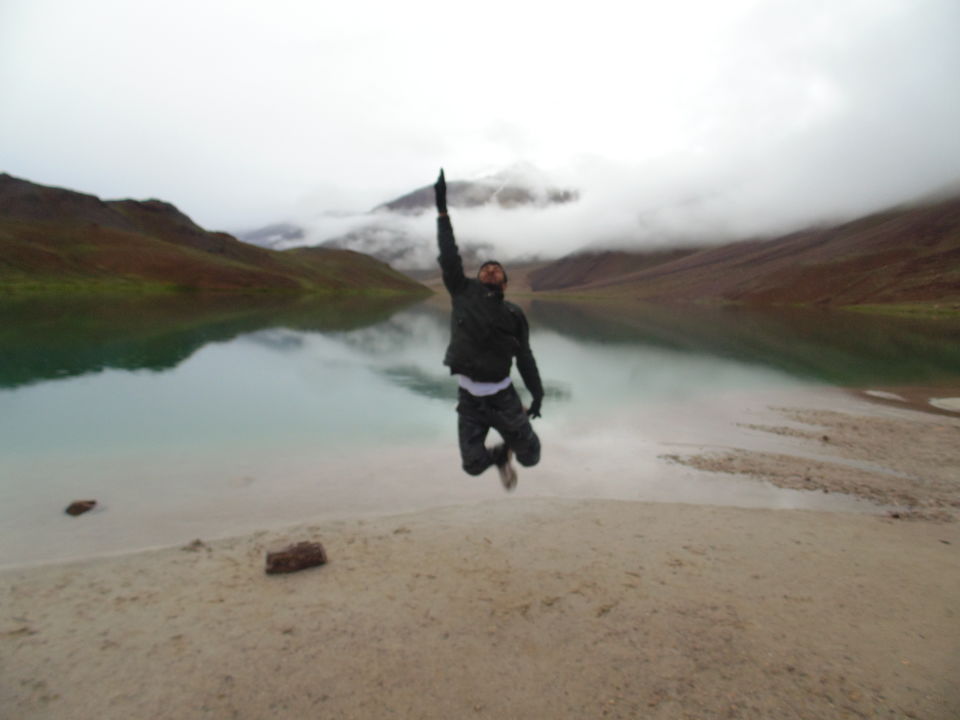 This is my first blog on Tripoto. I have been a regular trekker from the past 5 years. I did my first trek in 2012 to Nag Tibba and I have not looked back since then, covering various treks and other adventure activities in different parts of India. This time, I along with two of my friends planned a bike trip from Manali to Kaza but fortunately or unfortunately it couldn't be completed due to the unreal demands of the bike rental owner. So, we on the spot changed our plans from the bike trip to the trek to Chandra Taal. I have tried to write down my experience of the same. I hope you like it.

We started our journey on 25th June, 2017. One can go to Chandra Taal by two ways, either from Manali or from Shimla. The buses are easily available for both Shimla as well as Manali from ISBT Kashmiri Gate. Also, one can book the buses from HRTC online website as well as from Redbus or Paytm. However, I would recommend going by HRTC as sometimes private buses get cancelled.

We took the Manali route. It is a long journey of 15-16 hours from Delhi. So, I would recommend that you should take a comfortable Volvo for a smooth ride. 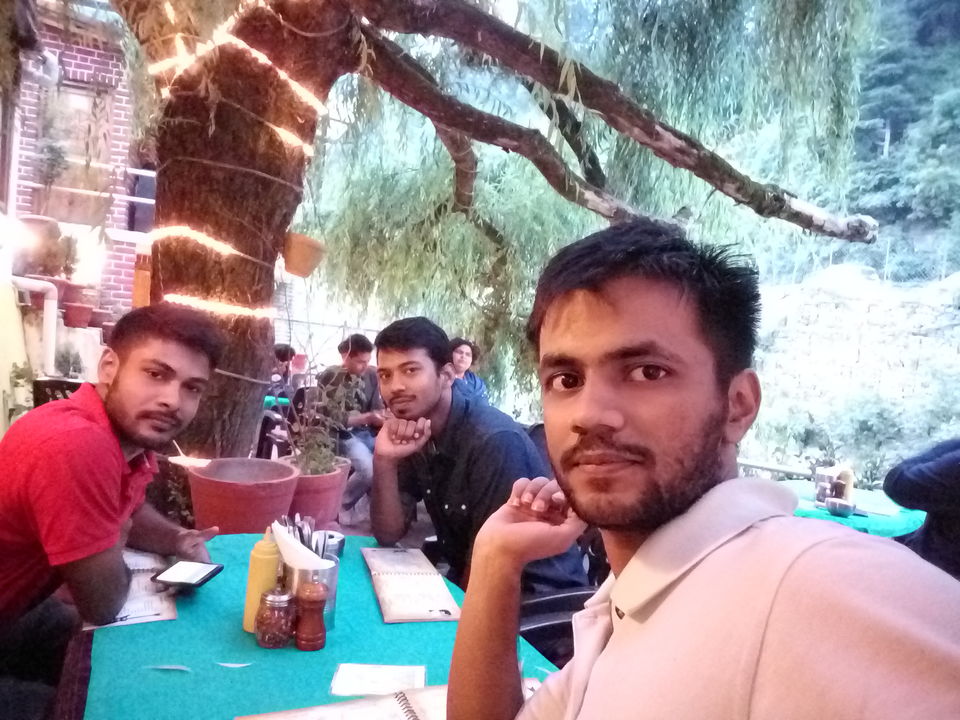 A glimpse of the kind of road 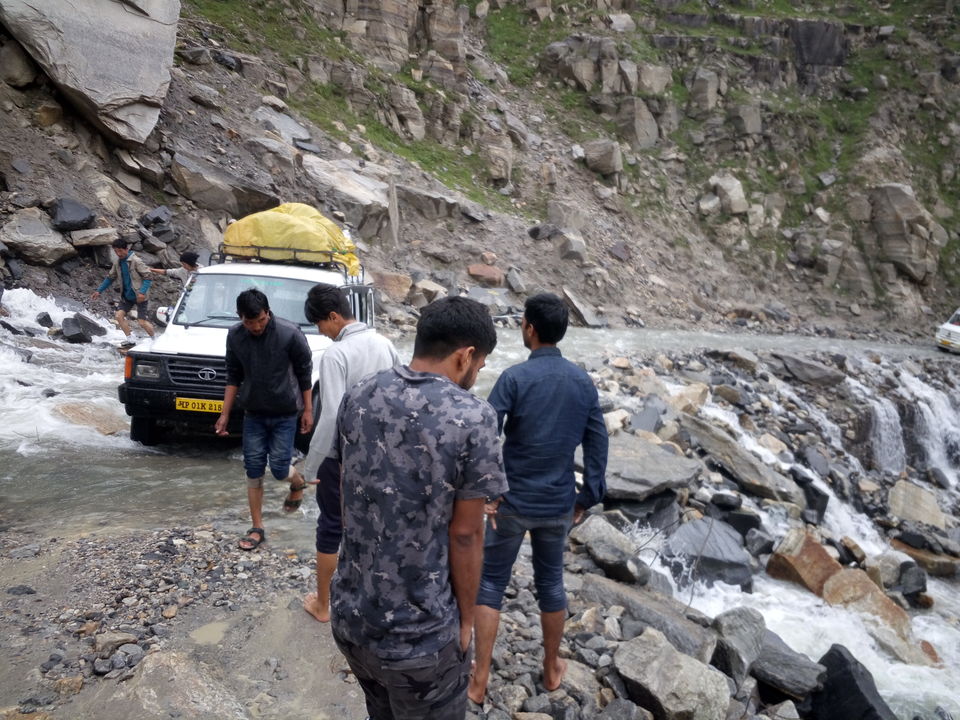 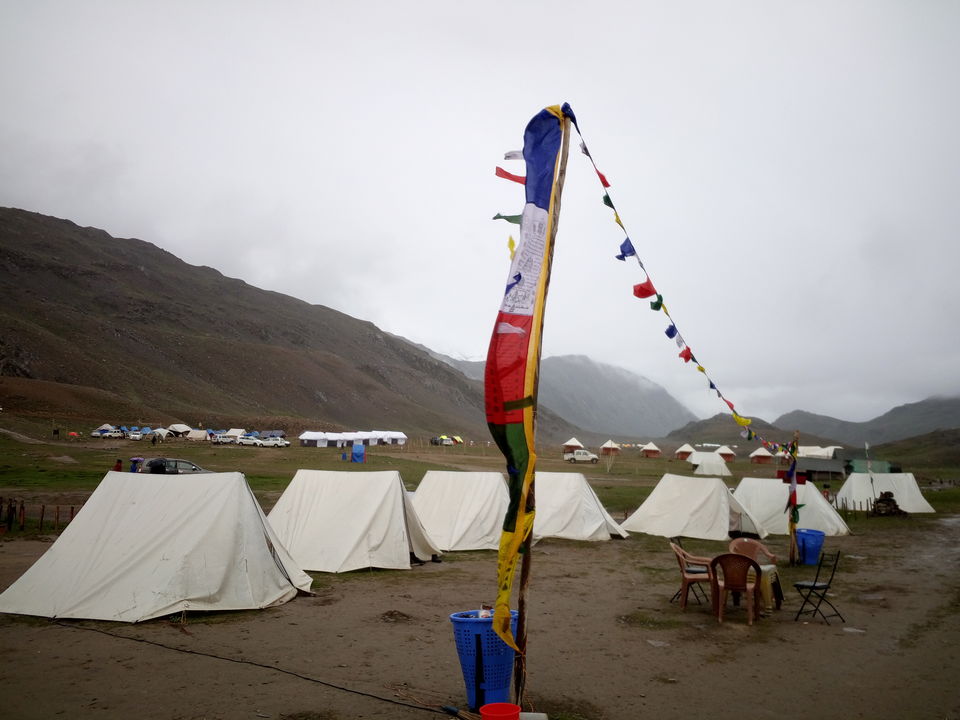 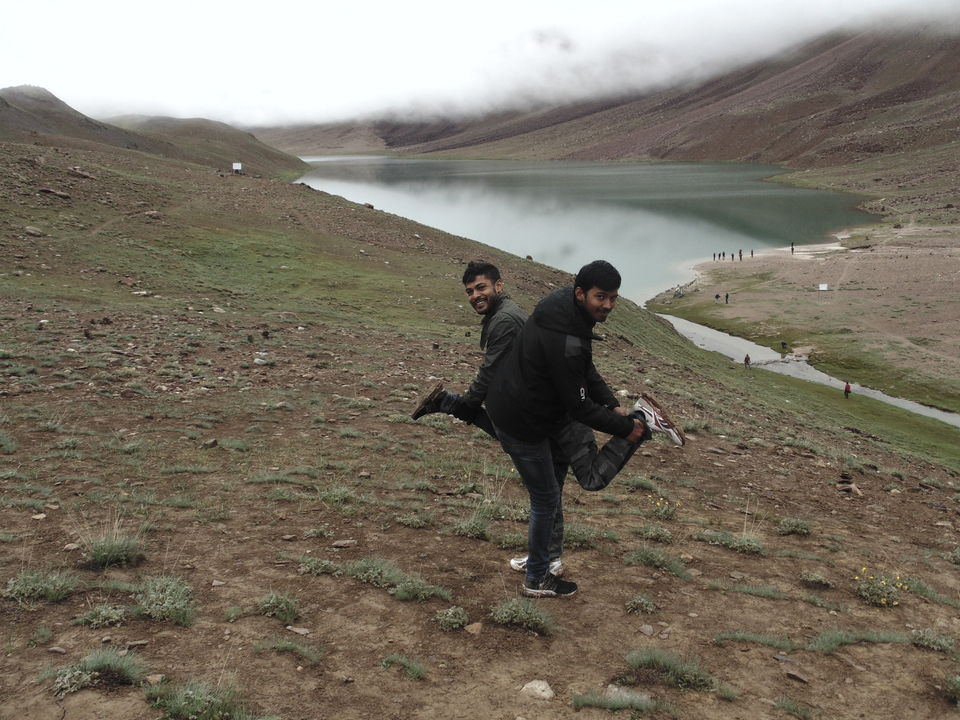 We reached Manali by 2 pm on the next day. We had already booked a hotel at Vashisht which is 3 km from the bus stand. We chilled in Vashisht on that day, exploring the famous Vashisht temple. There is a very famous hot spring which has its historical origins.

We booked a cab from Manali on per seat basis to Batal on the next day. The best way to explore Manali and nearby areas including Spiti valley is by bike, but the rentals here are not that good. So, a personal vehicle is highly recommended.

1. If you wish to go to Rohtang pass or Spiti or Leh, then get a permit online in advance.

2. The rentals are costly as well as have various conditions such as they rent bike minimum for 4 days and minimum 3 bikes and other conditions varying from person to person.

3. The best way for a budget trip is to take an HRTC bus to BATAL and do trekking from Batal. The bus leaves early in the morning around 5-6 am.

4. If you miss your bus, then go to Hotel Kiran near SBI bank. You can get a seat in a cab. All other options will be costlier.

One must visit place is old Manali. It is 2-3 km walk from the mall road. It is very calm and peaceful place to hang out with friends. There are awesome riverside cafes where you can enjoy your soup or drink.

We started early morning to Batal. Batal is good 120 km from Manali. It is advised to leave Manali by 6 o'clock in the morning because there is heavy jam at Rohtang pass crossing. Once you cross the checkpoint, there is a smooth and scenic ride for the next 30 km.

After that, the treacherous, as well as adventurous ride, started which lasted for 4 hours. Literally, there is no road and the car moves entirely on a kutcha road which is made worse by the nallahs. So, amateur riders are not at all advised and even experienced rider should consider wearing all the guards. Raincoat is a must as the weather is quite unpredictable.

A glimpse of the kind of road

After we reached Batal, we had our lunch at the Chandra Taal Dhaba run by Batal Chacha and Chachi. The food was delicious.

The camp for Chandra Taal is around 8 km from here. We started our trekking at around 5 o'clock. We were lucky that we got another cab ride which was going to the camping site itself. It was a joyous ride in an open jeep. We reached the camp and stayed there at the Tanzing camp. The guy was good and provided good service. The per head cost for stay as well as dinner and breakfast was Rs 1000.

We started trekking to Chandra Taal early in the morning at around 5 am. At that time of the season, there was sufficient light at 5:30 in the morning, so no torches were required. We reached the lake in an hour or so. Finally, we were on our destination. The journey to it was hard and tiresome but it was worth it. The calm and serene view of the lake made us forget all our tiredness. We stayed there for a good half an hour, clicked some photographs and then returned to the camp.

After having a breakfast of bread toast and a cup of tea we were on our way again by 8:30 am and walked all the way down to Batal and had some light food at the dhaba of Batal chacha again. We took a ride back to Manali in a local traveler bus. It was a whole family which was going from Spiti to Keylong on a marriage ceremony. The driver agreed to drop us in the midway from where we could get the other bus. We interacted with the local people. They were very cool, singing and dancing all the way on the local songs which we didn't understand.

They also offered us food and local beer(desi) called Chung. The food was very much oily and had a weird taste but then, the beer was awesome. Such was the taste that I wondered why they hadn't opened a brewery here yet.

Anyhow, we dropped at our stand, thanked the people for the amazing company and the ride and took a bus to Manali. The bus was very overcrowded and we had to literally stand at one leg during our whole journey. We reached Manali and took the next bus to Delhi.

I hope you enjoyed my story. Ping me if there is anything which I could help you with.

A few of my travels which might excite you-