Whispers in the Mountains | Triund, HP

The trek from Mcleodganj to Triund was a decent one by itself, 9 km long with the last kilometer being the really steep stretch. Triund has beautiful grassy meadows which were absolutely lush green in the monsoons. The views on either side were also amazing. On one side you had the Dhauladhar peaks covered with snow; and on the other you could see right into the plains of the Kangra Valley even from that height of close to 10,000 feet above sea level. The hike to the top was steep, seemingly endless, but it was worth an effort. The wow feeling you get when you reach the summit is every trekkers joy.

I trekked to Triund in December and April. Both seasons offers a completely different view, experience and feeling altogether. In December it was more calmer, less travelers with only two or three campers. There was snow everywhere and the view was breathtaking. On the contrary in April there wasn’t snow on the peak but ahead of Triund starting from snowline. There were more people staying in Triund at that time. But still nothing could ruin the charm of Triund.

Accommodation is available in rest house of Forest Department which has only four rooms available. The forest rest house needs to be booked at Dharamshala itself before going to Triund. But most trekkers prefer to camp in Triund. If you’re planning to overnight do keep in mind that there are no washrooms in Triund. When nature calls you have to look for a rock to do your business. You can find one or two shacks(dhabas) depending on season, who sell food, beverages, water, chocolates, biscuit, toiletries, even warm clothing like blanket, gloves, etc. During the day, Triund is pretty warm and one won’t find a need of woollen clothing. But as sun goes down it becomes really cold and woolens are must then.

Several trekkers go beyond Triund to reach the Indrahar Pass on the Dhauladhar mountain range. It is possible only if the weather  lets you otherwise it is a bad idea if your without a guide.

Triund is one of those places where you can get closer to the Mother Nature. 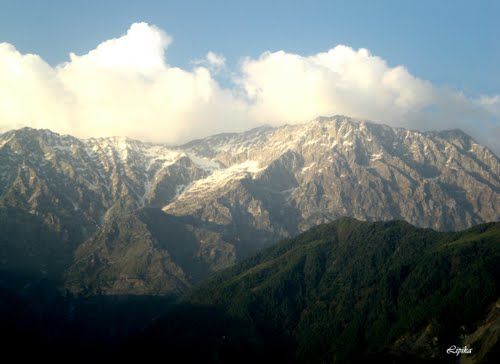 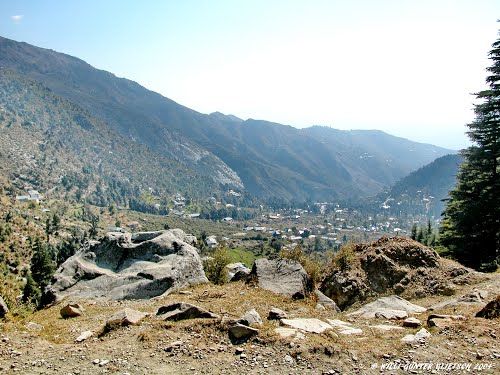 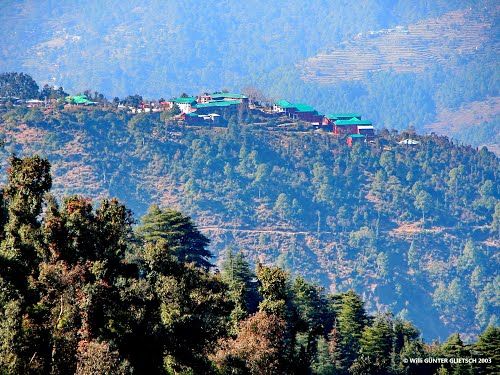 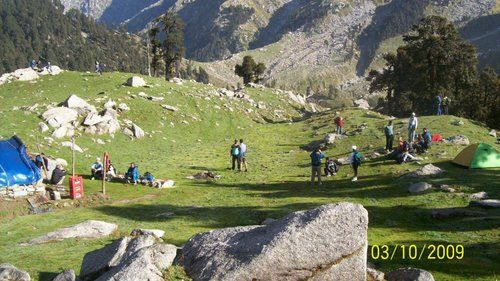