Events to stave off Q1 blues!

Second day of the new year and I was already in my not so happy phase, so spent a whole morning at work trying to come up with the list below to make the next months a transition into my happy zone!

Read below for festivals and events of all kinds, for all kinds, across the country for an amazing start to 2015:

Salt marshland stretching for miles, the clear white moon adorning the night sky as you sit on the pristine white stretch, and local dancers enthral you with their performances, there are very few places that would come close to this when thinking about how to spend a Saturday night. The Government of Gujarat organizes the Rann Utsav every year from December to March, with very attractive and convenient packages, for you to be able to get a taste of culture, cuisine, hospitality and beauty of the Rann.

It has the literati, it has the suaveness, the intellect, some of the greatest thinkers and writers and it is FREE! The Jaipur Literature Festival is back this year. Started in 2006, the Festival is considered one of the torchbearers of culture catalysts and forums for free flow of ideas and expressions. With an impressive line up of speakers and events, this year too is bound to exceed expectations. 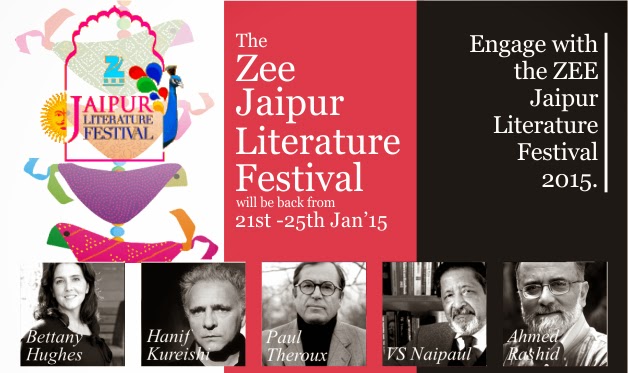 Started during the rule of Krishnadevaraya over the Vijayanagar empire, the Hampi Utsav has been organized every year to celebrate the grandeur, culture and now ruins of a once magnificent and thriving kingdom. From artists’ performances to local artisans selling their fares, Hampi becomes even grander over the weekend than it usually is through the year.

Also later in the month, is the GoUNESCO Hampi Heritage run organized by GoUNESCO. This is a fun run which covers the ruins of the world heritage site, giving a glimpse of local life and a stunning landscape.

Kochi Muziris Biennale is an international exhibition of contemporary art, hosted in the city of Kochi. The inaugural edition of the Biennale opened in December 2012 and ran for 96 days. The second edition opened on December 12, 2014 and will continue till end of March 2015.  Indian and international artists exhibit art works and installations across a variety of mediums. Through the celebration of contemporary art the Biennale seeks to reinstate the cultural legacy of Kerala.

We Indians take everything very seriously, yes even kite flying! It’s Makar Sankranti, so how can you not fly a kite?! And how can we not invite the rest of a world to celebrate this joyous occasion! Organized by the Government of Gujarat for the last 27 years, the International Kite Flying Festival brings together master kite makers and flyers from all over the world to engage the crowd with the marvellous creations and extraordinary skills.

From professional bullock cart and dog racers to daredevils lifting bicycles with their teeth, you’ve got to see it to believe it at Kila Raipur! The Rural Olympics held every year 15km away from Ludhiana is a one stop shop for your adrenalin kick, food delight and cultural fiestas!

Why wait till Tomorrowland and Sunburn when you can kick start the heady partying and revelry in February itself!  Camp out in the lush vineyards, sway to some amazing international and Indian music while indulging in great spirits, spice up your wardrobe from the Sula Bazaar end the weekend revelry with grape stomping. Pretty cool for the first part of a year!

The nine day long arts and music extravaganza held every year, was started as an attempt to make the Kala Ghoda district of Mumbai the arts precinct. Organized by the Kala Ghoda Association the festival includes events in music, theatre, art, heritage walks and the entire area turns into a mela with street installations, artisans selling their fare, food stalls and the like.

Organized in the months of February – March by the Sahyadri Nisarga Mitra, is as the name suggests an occasion where one can see newly hatched endangered Olive Ridley turtles make a march towards the Arabian Sea. The nesting begins a couple of months in advance, and during the hatching season the locals open their homes and hearts to visitors from across the nation to witness the marvel when hundreds of hatchlings open their eyes to the world and begin their journey towards the waters.

While the nesting for year has begun, the dates of the expecting hatching still have not been announced. 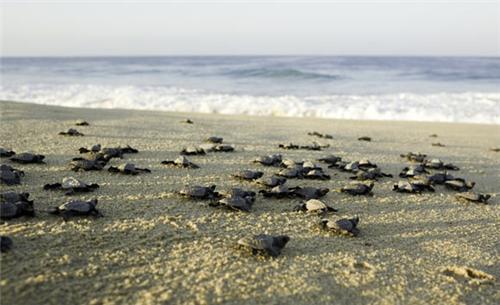 Local version of the carnivals and celebrations before Mardi Gras, the Goa Carnival is based on the traditions brought by the Portuguese in the 1500s. The carnival starts on the Saturday before Ash Wednesday before the season of fasting starts and the four days of revelry see floats, processions and parades down the streets much similar to what may see in New Orleans.

Asia’s only desert camping music festival is back in its third edition with more craziness than before.  Camping under the stars on the cold desert bed, far away from the world of modern transport and going back to good old camel rides, crazy installations which remind you of the Burning Man, open air movie screenings and of course discovery of music, Ragasthan is all this and so much more!

Yes, India is going to host its FIRST EVER INTERNATIONAL SURFING FESTIVAL this February!! The event will see surfers from across the world, surfing lessons, documentaries, music and art installations. Yeah water, waves, sand, music and surfers...could your February GET any better?

Organized by the Haryana Tourism Department, this is a unique conglomeration of artisans and master craftsmen from not just all over the country but also from the Eurasian region such as Uzbekistan, Kyrgystan and the SAARC nations get together to show their creations and products. Set in a rustic ambience which foot tapping local music and food, is a perfect opportunity for lovers of art, food and music to enjoy everything they love in the misty winters.

Paripally Gajamela is the unique elephant pageant held every year as a part of the annual festival at the Kodimootil Sree Bhadrakal Temple in the Paripally district of Trivandram. The festival where close to 50 elephants take part, presents a spectacular view of the caparisoned with their mahouts equally well adorned and holding high tinsel parasols and peacock feather fans swaying to the beats of the drums. 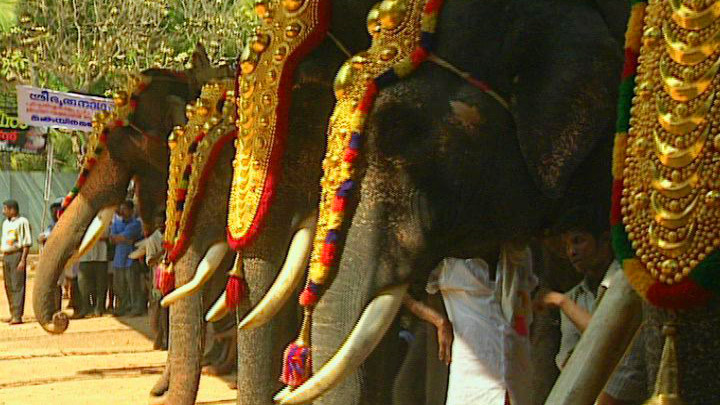 Organized by the Parmarth Niketan Ashram, Rishikesh this decade old festival attracts hundreds of Yoga enthusiasts from all over the world to this small town on the foot of the Himalayas. With the Ganga weaving through the town and the towering Shivalik ranges, it gives the perfect setting to be one with one’s inner self and rediscover spirituality.

Traditionally the biggest spring festival was celebrated to welcome home the warriors who had left their homes at the end of Dusshera to fight the invaders. The 14 day long festival sees the celebration of Holi, and shimmering floats with music and dance move across Goa.

So just in case you couldn’t make it to down south to watch the almost gilded elephants, don’t sweat. A similar festival is held in Jaipur every year, more like pre-Holi festivities where these magnificent pachyderms are adorned with gilded paraphernalia and one can watch them participate in tug-of-war and polo matches!

I’d be trying to attend at least one festival every month, so everyone and anyone is free to look me up and coordinate a trip together!