From Triund to Prashar.. A 3 day Itinerary in Himachal..

A journey into Heaven and back. 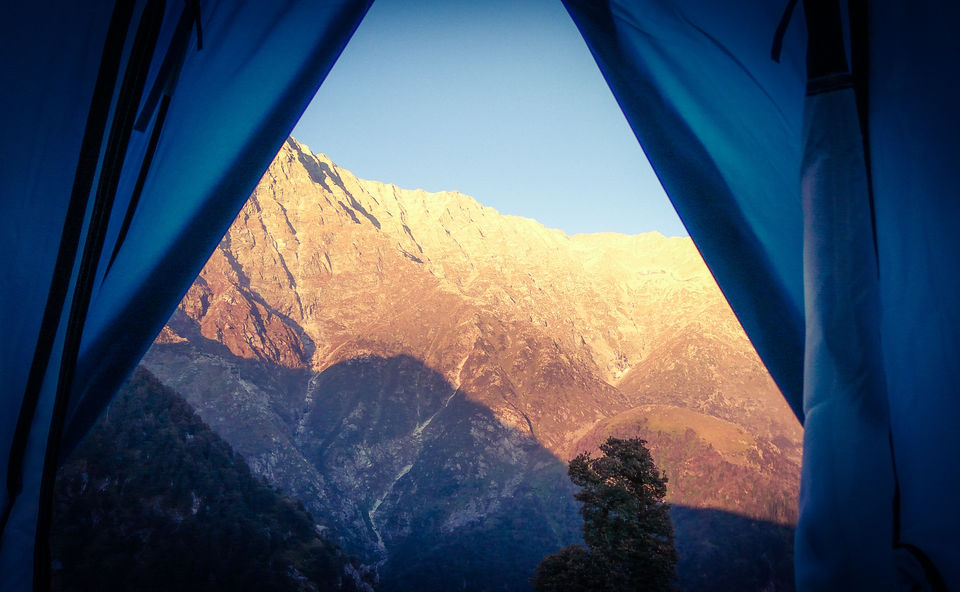 In the busy schedule and tightly packed routine life of a student pursuing MBA, there’s hardly any time left to oneself. In this suffocating monotonous life, what does a person do when he craves to go back into the lap of nature? I am one of the students, pursuing MBA, carving out my career for a better future. But when it becomes too much for me at times and I often flee into the wild without any solid preparations and planning. Surrendering oneself into the hands of nature is the only salvation that I can see from the grueling wrath of daily life.

I had no classes for five days in the month. Rare as it is, it was an escape way for me to wander off. I planned a trip to Dharamshala and McLeodganj, keeping the options to cover Billing and Prashar open. I had my exams in the evening until minutes before my train departs. I finished off my exam and rushed to the station to catch the train, and got a seat. Feeling deeply thrilled about my escapade, I was excited and anxious to go back into the Himalayan lap. With a dream in my heart, I started my journey.

As soon I reached, I freshened up at the bus stand. I met a friendly fellow at the bus stand while having coffee, who started guiding me all the point to cover around in Dharamshala. Although I had a rough idea of the places to cover, which I had googled on the way to Delhi in the train, I chatted with him to get an inside idea of a localite. He helped me book a taxi for a descent price to cover Dharamshala, McLeodganj and drop off at Dharamkot, the base for Triund trek. I sat in the car and started off. First I visited Tea garden and Martyr’s Memorial. Then I went to Dharamshala Cricket ground. Stepping into the world highest stadium was an enthralling feeling. I was captivated by the scenery around the stadium. The stadium was literally in the lap of nature, surrounded by mountains on all sides. Then I headed to a viewpoint, which provided an unhindered view of the mountains surrounding Dharamshala. Then I went to Dal lake (not the one in Kashmir) and St John’s Church. The church was quiet with an aura emancipating, captivating me to stay at that place for longer. Pressed by time, I moved towards Bhagsunag temple. Bhagsunag waterfalls were behind the temple at a distance of 700 meters. I started off my trail to the waterfall and reached there pretty quick. I came back after taking a few pics. Then I finally reached Dharamkot, which was my base for the Triund trek. On getting down, I started off immediately without wasting any time. Before coming to a check point, I bought some dimsums and fruits to eat on the way and at night. I had heard that everything was costly at the top of Triund, so I chose to carry my eatables instead of investing money at the top. The trail was pretty good with steep ascends. I met a few Koreans and many other groups on the way. By the time I reached the top, it was already 4. The view on reaching on top indescribable. The innate feeling of being surrounded by nature was reeling in my veins. I decided to cherish the beauty after I find a suitable place to spend my night. So, I left off in search of a site to pitch my tent. Soon I found a place where I provided a beautiful view of the high mountains from inside my camp. I pitched my camp at that place in a jiffy and started to adore the magnanimous beauty of nature. The Triund top was sandwiched between the mountains on one side and the city of McLeodganj on other. The shelter of the high mountains provided me with a sense of motherly touch which I had been missing for quite some time. Sitting at that place, made me feel being in the lap of mother with the breeze simulating the feeling of mother’s touch caressing my hair. I just closed my eyes to breathe in the beauty of nature. After some time, I sat to pen down a poem to give words to the beatific feeling I was experiencing at heart. After some time, when the sun began to set, I sat down in remembrance of few of my friends who left us prematurely. I made a video as an obituary, for them, as well as my favorite singer Chester Bennington, from the band Linkin Park. Sitting alone looking at the sun set down, I began introspecting my life and cherishing it. I took rest for awhile, before waking up to the moonrise from the curtain of the mountains, in the evening. I started a small campfire, had my food, and sat by to cherish the night. Long after the fire died, I went inside my camp to sleep under the starry night. After so long, I was far away from mundane life to sleep under the sky, surrounded by mountains. 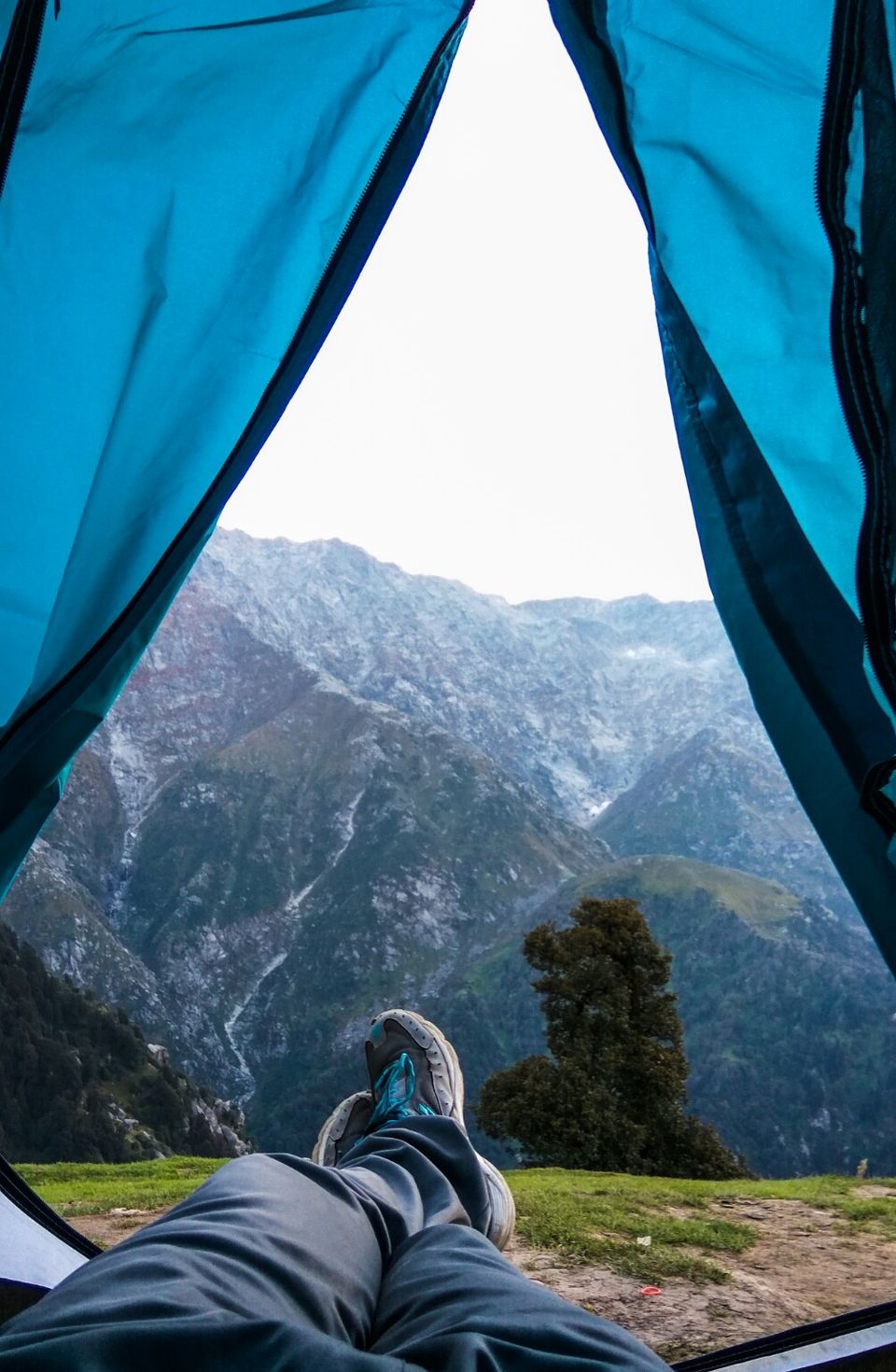 I woke up early in the morning listening to the chirping of the birds and the whistling of the breeze. I opened up the curtain of my tent to be welcomed by a serene view of the mountains kissed by the early lights before sunrise. I came out to sink in the divine aura of nature. I waited eagerly for the sun to rise past the mountains. I slowly packed my tent and prepared to leave. After the sun crossed the brim of the mountains, I kissed it a good morning and hit off to my journey. My trek back to Dharamkot was fast and full of energy. I took a shortcut which could have led me directly to Bhagsunag waterfall, but I took a detour to Dharamkot instead. I had the privilege to enjoy a waterfall on the way down to Dharamkot, where I freshened up. Once I reached down, I hopped buses till I reached Baijnath, where I had a quick darshan of Lord Shiva, only to board the bus again to Bir. I went to a paragliding booking center, where I booked for paragliding for 3000 including video. I thought I should swipe my card for payment, as I was short on cash, but unfortunately, they had no facility. I asked them to take me to any nearest ATM to withdraw, to which they happily obliged. The driver with whom I pillioned, drove at a speed of 70 – 80 kmph even on those hilly roads. Even though I was scared initially, I enjoyed the ride thoroughly. Who gets to have a ride at such high speed in such an altitude?? Pheww... Once I got money and paid, I went to the launching area of paragliding in Billing in an open jeep. The ride to the launching area was an adventure in itself, because of the driver, who was driving very fast but safely even in that rugged terrain. Once we reached the top, the view in itself is worth every penny, as one can easily understand why it is the best paragliding spot in the whole of Asia. The guide quickly harnessed me, and we ran off the cliff with a bang into the sky. That leap of faith (I signed a contract of being responsible in case of any accident) pumped adrenaline in my veins instead of blood. It is an experience worth having. We on top, and the world below. Flying like a bird, we sailed and hovered on top of Bir. I re-enacted having food at an altitude like Bear Grylls did in the UK. We landed pretty easily as half an hour zoomed past in a blink. I collected my video and rushed back to catch my bus to Mandi. I had to change two buses to reach Mandi. On reaching Mandi, I went to Guru Govind Ji Gurudwara, Kali temple, and Bhutnath temple. I then took a hotel for the night and had a sumptuous meal before I slept.

Day 4 –Prashar lake, Back to Delhi 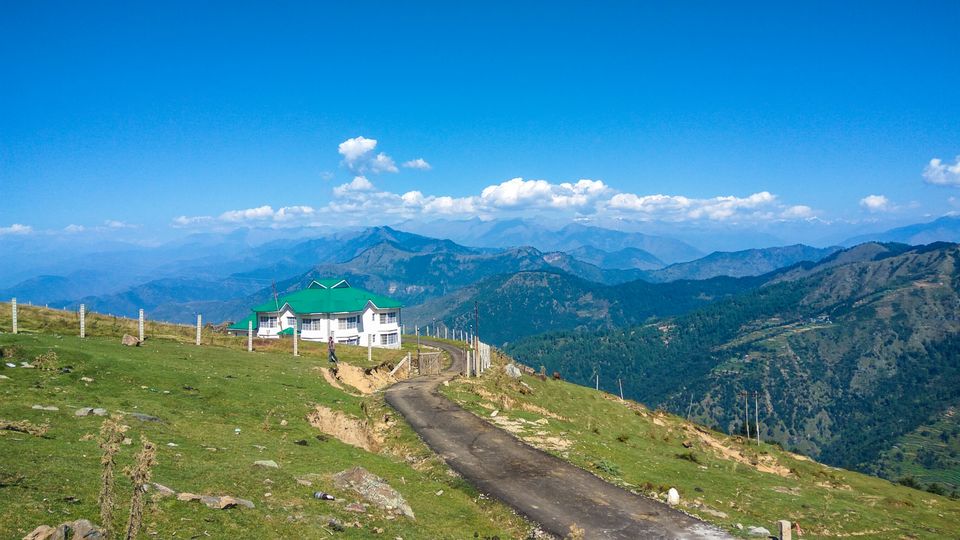 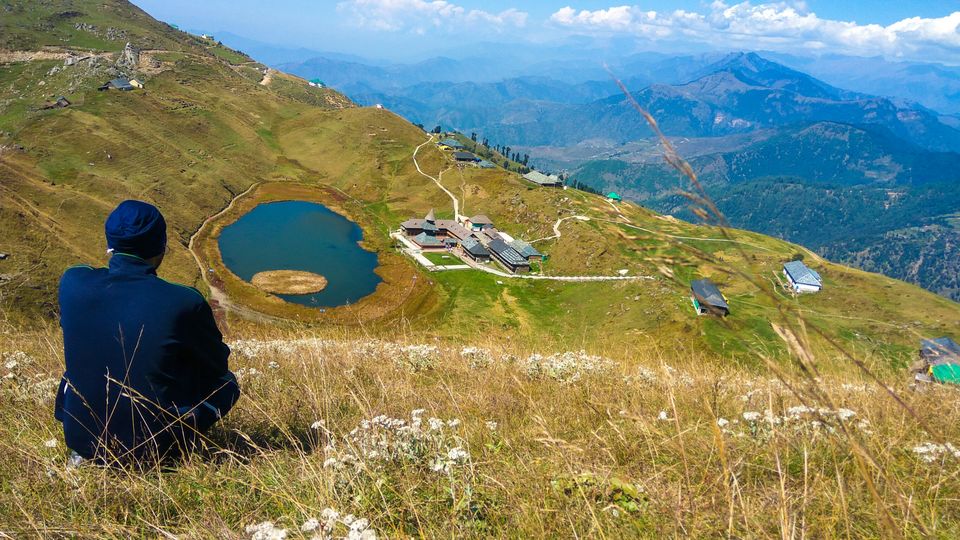 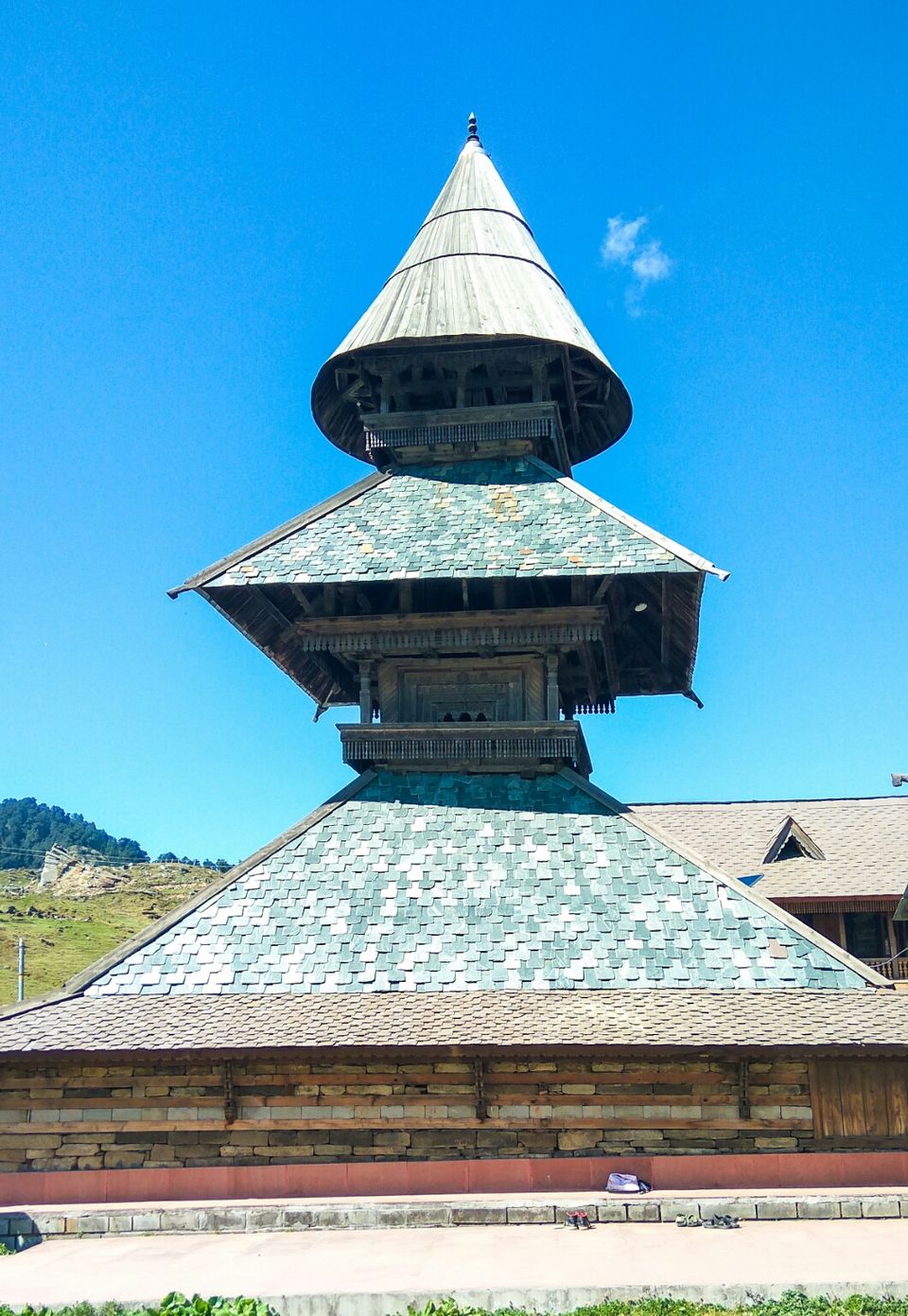 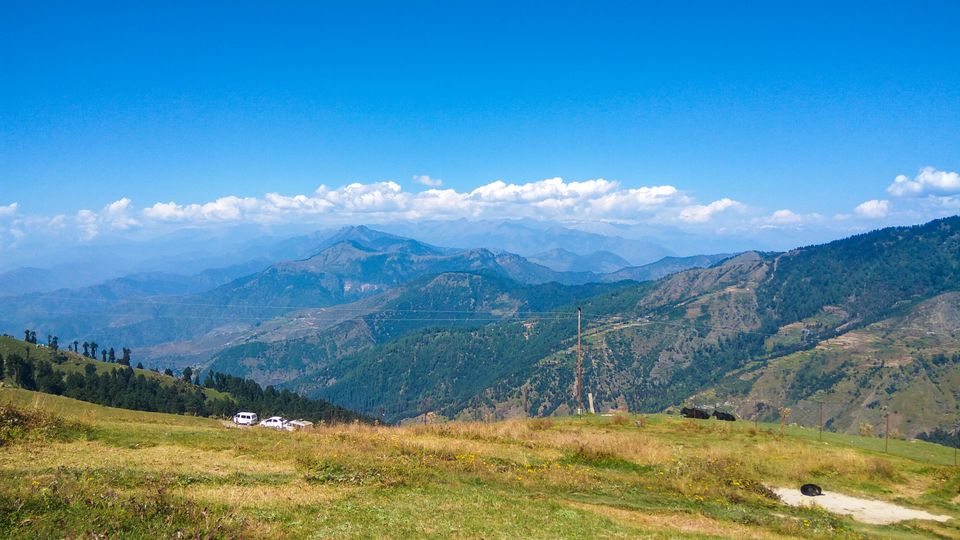 I woke up in the morning and freshened up. Went on to a nearby temple to start off. There is only one bus going all the way to Prashar lake per day. I took that bus and went to the Prashar lake. The three-hour journey was filled with scenic beauty on the way, with the destination being the icing on the cake. The scene on top of the Prashar lake was the best scene I had seen in the trip so far. Any direction I faced, provided me with a scene to capture and made me feel the lust to come to this place again. The simplicity and seclusion of the place, surrounded by the serene beauty of mountains on all sides, added by the divine touch near the Prashar temple and lake just made my day. I climbed on top of one of the surrounding hill to get a bird-eye view of the whole place. I chatted with the temple authorities to gather info about the camping and other facilities in that place. I left the place with a heavy heart and boarded the bus back to Mandi. In between the bus stopped at a place for lunch, where I had cheap but delicious Thukpa. On reaching Mandi, I had my snacks and left for Delhi on the evening bus.

I reached Delhi and had my train back within hours. I was leaving behind my home and was heading into the dungeons of my life.

A short trip yet a memorable one indeed. Travel is a drug, and yes, am addicted to it. Someone has rightly said “Own little, and see the world, rather than, own the world and see little of it.”

I reached Delhi in the afternoon 2 and had my bus in the evening 5 o’clock. I booked my bus ticket to Dharamshala. It was an Ordinary state road transport bus, which was comfortable enough for the whole journey. It stopped by at a decent hotel at night, where I had my dinner. I reached Dharamshala early in the morning before sunlight hit the sky. 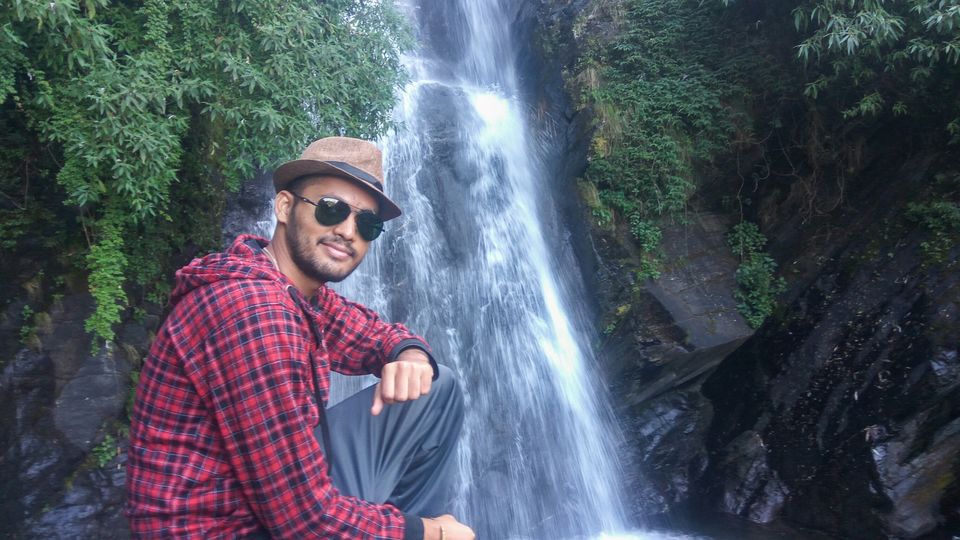 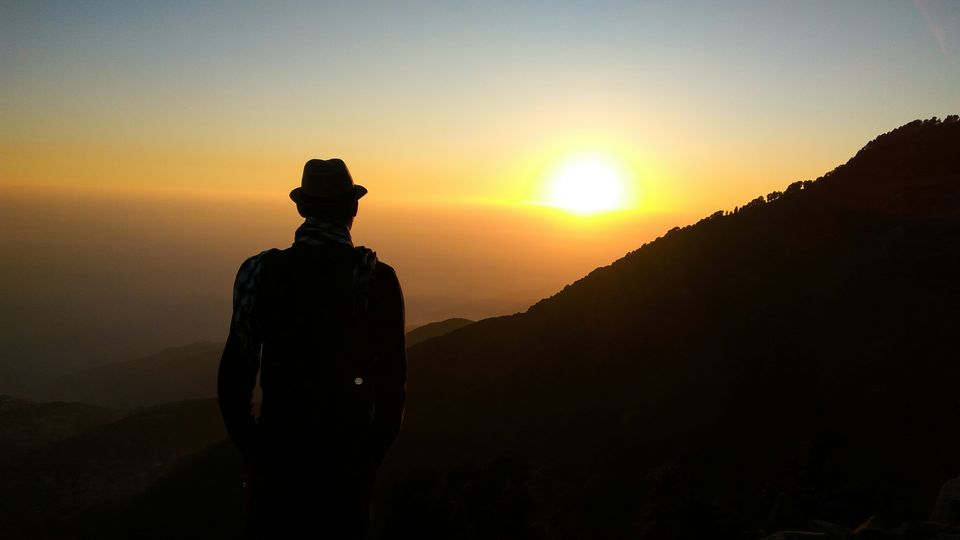 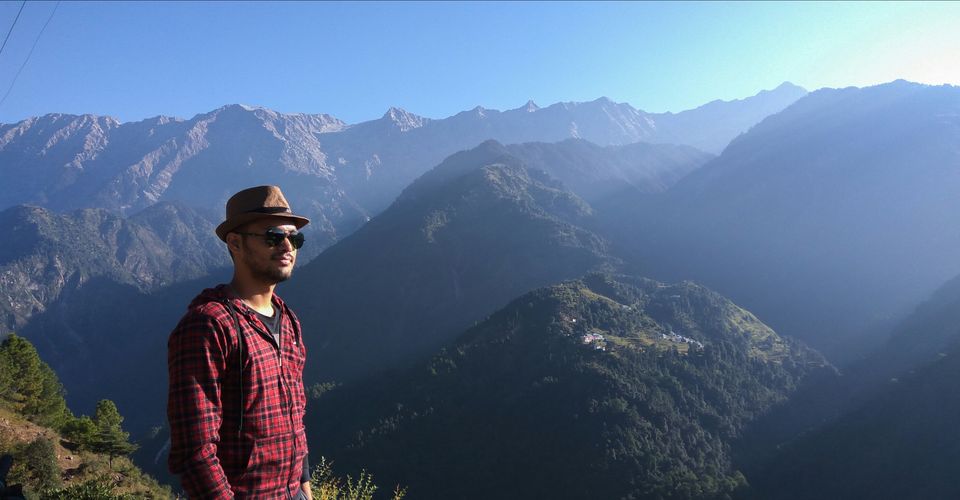