Horsley Hills: A 1-day ride to Andhra's very own Ooty !

when we were getting closer to the summit ! 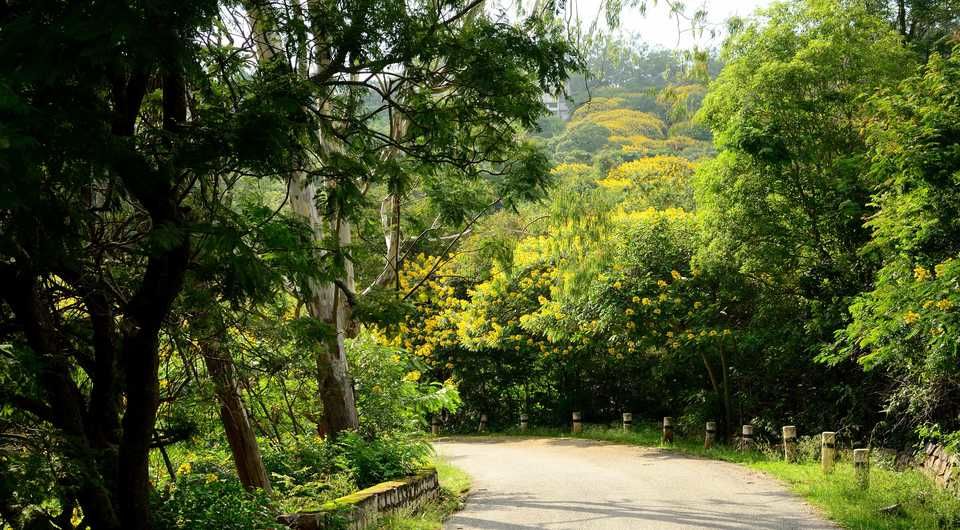 At the Valley View Point 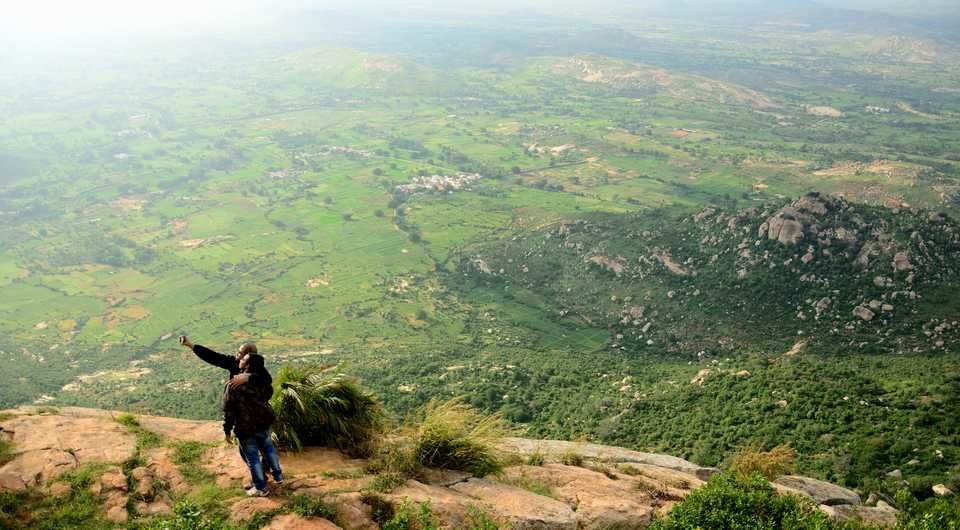 At the Valley View Point again !

Just as we started to ascend .. road below !

And then when there was light .. Valley View Point 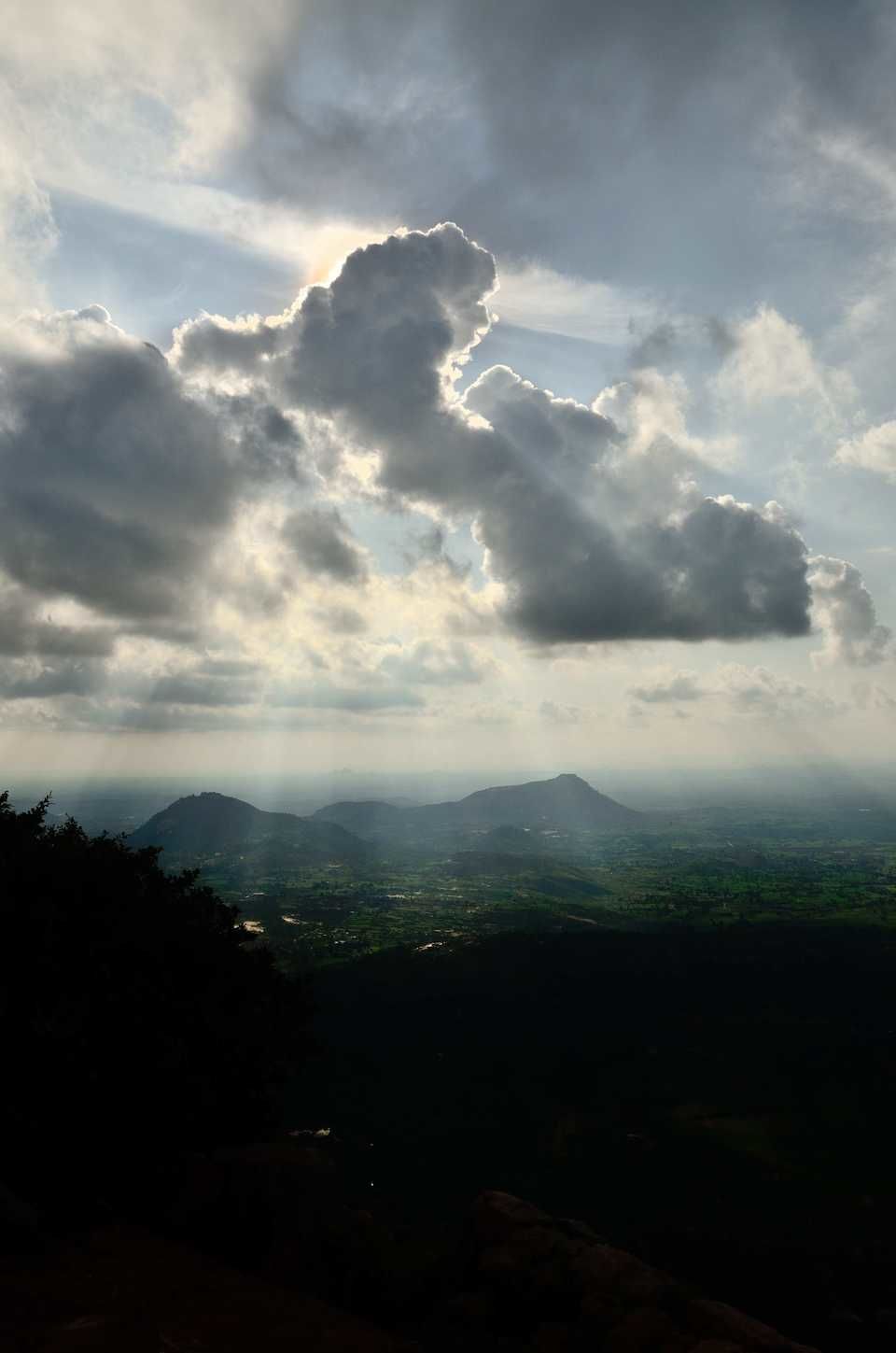 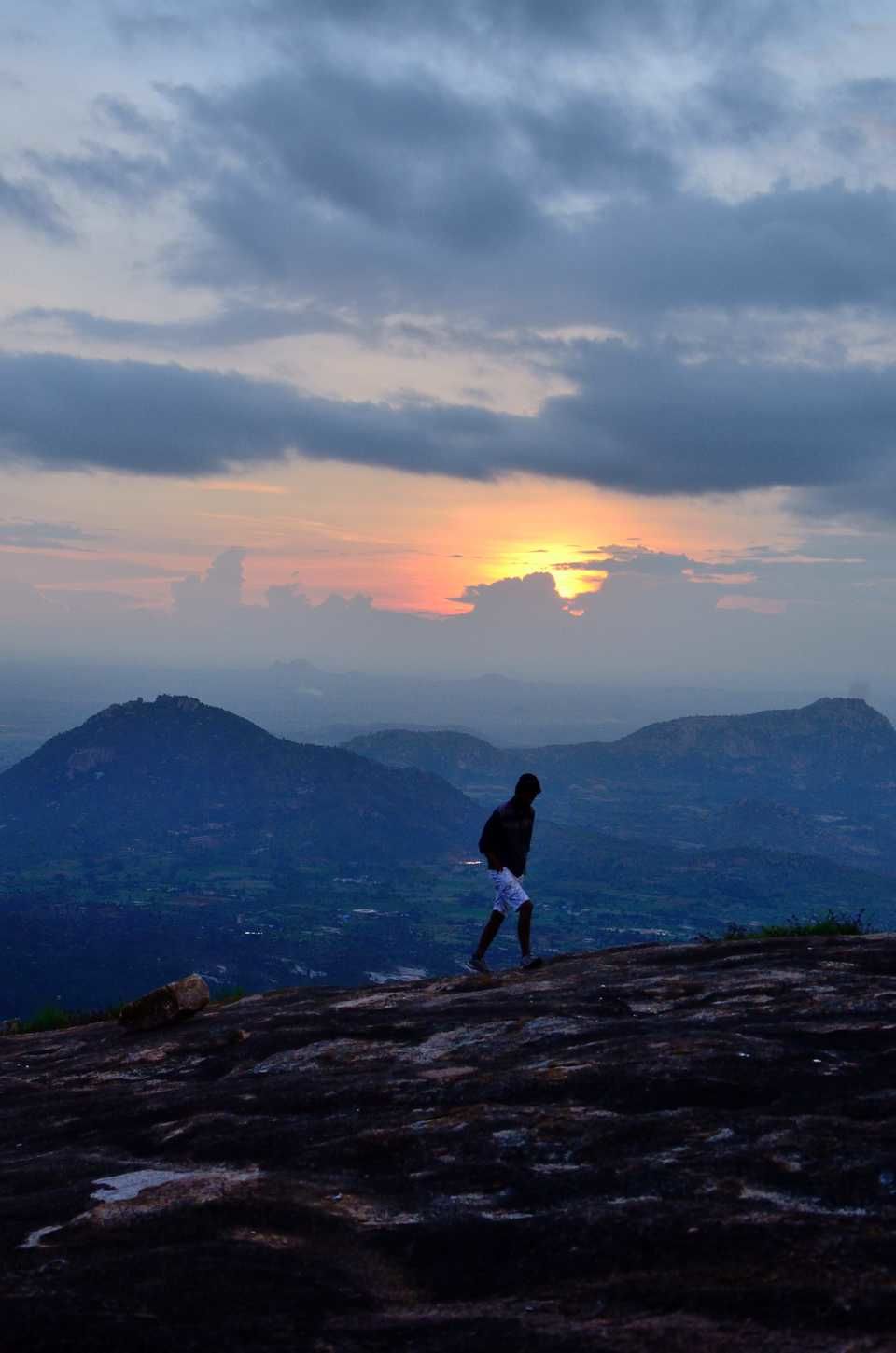 Let the title not deceive you, for even though this hill-top provides beautiful views of the plains below, it’s nowhere near being called a hill station even though they market it so. It can be, for sure, very closely related to Nandi Hills near Bangalore. It commands a much better height and views subsequently, and the crowd is certainly much less. So, if you have a day or two to drive out of Bangalore, you’ve been to Bangalore’s very own Nandi Hills umpteen no. of times, and wanna explore something new, drive along !

Horsley Hills is 150 kms from Bangalore, so you can drive all the way and come back the same day, or stay there for a night as well if you want to make it leisurely. There’s this APTDC’s Punnami resort which can be booked online, and from what I saw there, it looks pretty neat. Post a nice drive from the foothills ( follow the GPS but ask around too; there are few turns which you can miss easily before you start ascending the hills ), a beautiful green campus awaits you. Very refreshing for a walk in the mornings and evenings alike, I’ve seen foggy photos of the same, perhaps from the colder winter months ! The swimming pool has people saying good things about it in their reviews. The food, from what I read, is quite basic though. We were in for a day trip so I don’t have my own experiences to talk about.

The Punnami campus is a pretty old one, and dates back to the British era. You can easily notice the old colonial style reception area as soon as you enter the main gate, with a grave marking the final resting place of one Mr. Horsley’s son, who died the same day that he was born on. This was the man who is credited to have found out and develop this hill. A silent and refreshing hideout for the British to run to during the unbearable and unforgiving summers in Andhra.

We started off quite leisurely from Bangalore ( around 11 ! ), but the weather was quite good for the entire stretch. The road itself is quite good for the most part. You need to go till Hoskote, and then drive towards Chintamani. The drive till Chintamani is pretty awesome except for the fact that there quite a few ( well-marked ) speed breakers on this stretch, so you won’t be able to clock an average speed higher than 60 kmph perhaps. After Chintamani, the road narrows down to the usual 2-lane ‘highway’. and although it’s pretty good to drive during the day ( a pothole here, another pothole there, few unmarked speed breakers too ! ), one needs to be careful at high speeds during the night. That being said, its a good drive nevertheless, with expansive views opening up to you as soon as you cross Hoskote. And to top it all, the traffic was quite thin for a weekend ! You’ll love the leisurely drive I’m sure.

After you cross Chintamani, the GPS will direct you to a shorter route towards your left. I, however, decided to take the more talked about route which goes through Madanapalle. The distance is almost same, and I wanted to stick to the standard route. This decision helped in satiating our hunger pangs as well. There’s not even a single dhaba on the entire stretch, and since food at hills is said to be basic, we decided to try our luck at the last town before we started ascending up. Not very impressive, but you can certainly fill up your stomach with some basic stuff. Just as we were getting out of town, we saw a few new food joints opening up, so who knows, you may get some variety ( and better quality ) next time !

Now, the drive up from the foothills is pretty neat, and you can stop by at quite a few places to enjoy the scene as well as the greenery, and get trigger happy too ! Once you reach the top, you can park your vehicle inside the Punnami resort, and walk towards the view points. There are 2 of them as we were told. One provides quite an expansive view of the plains below ( it’s quite impressive trust me ! ), while the other is very obviously called the sunset point. I did read about a sunrise point in the blogs too, but we were there towards the sunset anyway, and had to get back, so we didn’t spend any time in trying to explore the same. It’s a good place for a nigh-out too I’m sure, from what I read online; and looks like it’s justified, and that quite a few people ( especially families ) do stop by for the night.

Btw there’s a very small zoo too if you would like a stroll inside. So, may be something for the kids too. We didn’t go inside though.

So, by now, I have told you about 2 other options near Bangalore for a 1-day drive, very similar to Nandi: Avalabetta ( 100 kms; read my previous article on the same ), and Horsley Hills. Do you know about any more such places which are close by and where you can drive all the way up :-) ??