The Treasure Trove of Theatre in Karnataka’s Backcountry – Heggodu 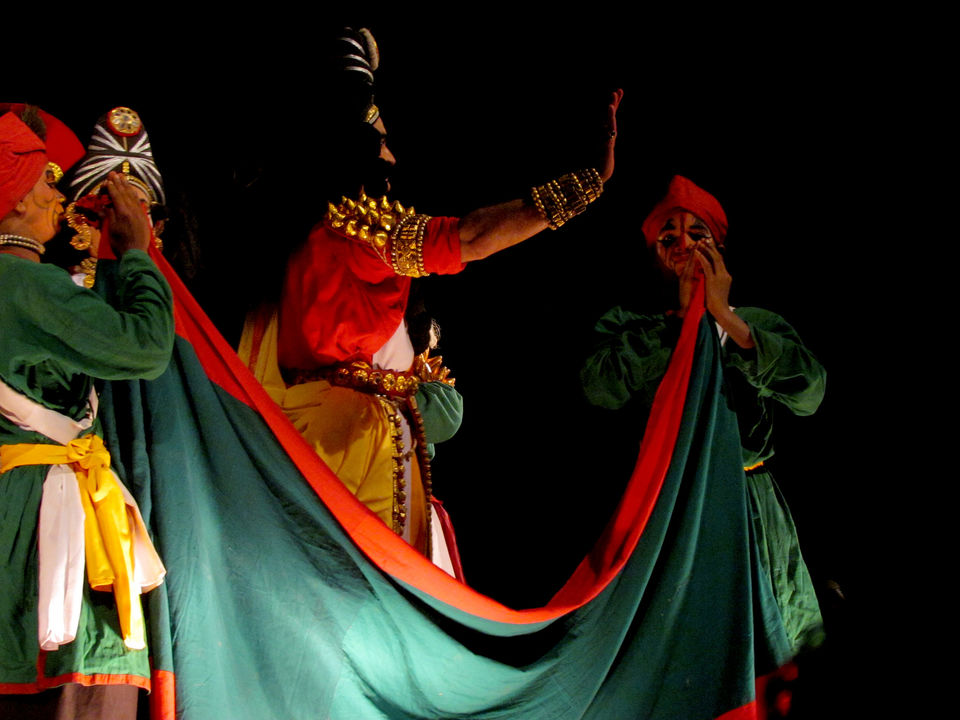 The Indian theatre scene is alive and kicking. Whether it’s the Little Theatre Group and the Akshara Theatre in Delhi, or the National Centre for the Performing Arts and the Prithvi Theatre in Mumbai, or even Bangalore’s Ranga Shankara; almost every city in the country has flourishing centres of the age-old art-form.

Now imagine an entire village that talks, acts, lives and breathes the performing arts. Enter Heggodu. A tiny hamlet located in a forested region of west Karnataka on the leeward side of the Western Ghats, it is an unassuming hub for art and culture. Any preconceptions of theatre being just for the elite are most beautifully shattered here. With just a stroll through Heggodu’s streets, you can hear conversation and references to the world’s playwrights from the mouths of shopkeepers, farmers, students, and other locals of the village.

Ninasam (officially; the Nilakanteshwara Natyaseva Samgha) is the centre of attraction in Heggodu, as it is from here that the artistic energy of the village is disseminated. Ninasam is a cultural organisation that leans more towards a communitarian society that strives to bridge the gap between the rural populations of the region and the art of, both, the country as well as the world’s greats. That was the mission of the renowned dramatist K. V. Subbanna when he established the Ninasam in 1949. What started as the daily current-affair convenings of Subbanna and his friends, went to on the launch of a weekly newspaper alongside play productions, has now become the world-famous institution it is today.

Currently head by Subbanna’s son K. V. Akshara; Ninasam has its own theatre institute, a theatre troupe, and a film society, amongst its many other activities. The organisation continues to provide education and training through a 10-month performing arts diploma, as well as summer workshops. Ninasam also provides a 7-day culture course every October called ‘Samskriti Shibira’ where attendees, the likes of journalists, politicians, shop-owners, housewives, farmers, college students, and many others, participate in sessions and workshops on topics of cultural appreciation (in the forms of plays, music, dance, etc.) as well as socio-political issues. While majority of the discussions take place in Kannada, there are some in English too.

At the heart of it, Ninasam is a place for the community to congregate and partake in an experience of the arts and culture; whether it’s watching a play, a film, or engaging in discussions about contemporary issues. It attracts visitors from all over Karnataka; although everyone is welcome, whether you’re from a different state or a different country.

The closest city is Sagara which is located 8km away from Ninasam in Heggodu. Non-AC overnight buses ply from Bangalore to Sagara, which will cost you anywhere between Rs. 300 to Rs. 600. There is also the Mysuru - Talguppa Express (Via Bengaluru); a train that halts at Bangalore City railway station for 5 minutes at 11:05 pm, and reaches Sagara at 6:33 am. From Sagara Jambagaru railway station you can get an auto-rickshaw to Ninasam; a 20-minute ride.

You can visit Ninasam in Heggodu any time of the year. The classes run all day, with performances in the evenings that the whole community gathers to watch. The culture course takes place in October.

You can stay at the guest dormitories at Ninasam, but you have to book in advance. There is just a charge of Rs. 85 for the rustic and delicious regional cuisine offered at the centre’s canteen. For more details, kindly contact Mr. Akshara.

Alternatively, you can choose to put up at a hotel in Sagara and make the 20-minute commute to Ninasam for visits. The Green Embassy Hotel and Tip Top Residency are two places you can stay at.