Uttar Pradesh: The Incubator of Poets 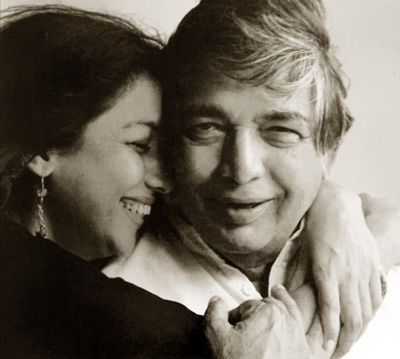 India has been home to the greatest of poets and writers, but there is a specific place which has particularly gifted our diaspora an array of Hindi and Urdu poets who have brought our country great literary esteem.

There is something about Uttar Pradesh, in it's culturally rich and benevolent history, which seems to inspire the most enchanting, challenging and honest words. Here is a list of the greatest poets from Uttar Pradesh.

Born near the district of Allahabad in 1907, Harivansh Rai Shrivastav earned himself the pen name of 'Bachchan' (child like) because of his jovial character. But within that character were profound words which were to guide many struggling poets for generations. Meaning: The analogy that this phrase has, explains how greed of people in this world makes them ask for more and more. And when such people leave this world, they leave behind their unfulfilled wishes and this process has eventually turned the world into a graveyard of these wishes.

Sayyid Akhtar Hussein Rizvi was a remarkable Urdu poet from Azamgarh (present day Uttar Pradesh). Renowned for feminist tones in earliest of his poetry, Kaifi Azmi was also responsible for bring Urdu into Indian motion pictures. Having created some of the most famous mashuairas of 20th century, he remains immortal through his work. Translation: Life is in struggle, not in the restraint of patience
The blood of pulsating life is not in trembling tears
Fragrance lies in free-flight, not in the tresses, of hair
There is another Paradise which is not by the side of men
On its free pathways too you have yet to pirouette

Get up, my love, you have to walk with me

Mahadevi Varma was born in a family of lawyers in Farukhabad and grew up to be enthusiastically involved in the freedom movement. Despite her limited works, her writing stands significant in the tests of time as they reflect her zeal of educating and progressing Indian women. My words are too timid to even attempt to describe this divine poet who not only started an entirely different movement of Ghazals in India, but also became synonymous to the form itself. Born in Agra, Ghalib wrote and experimented with both Urdu and Persian. Later, having moved to Delhi, his works started getting heavily inspired from the city. (Though there are way too many works to be quoted, but the simplistic effectiveness of these lines brings out Ghablib's character beautifully)

Translation: The world is like a child's play area where I witness drama/tricks being enacted out everyday.

This poet's cultural importance and influence can be best understood through the December 16th ruling, when the High Court quoted from Prasad's mahakavya 'Kamayani'. The epic poem encapsulates the complexities of being a woman in a society which functions of domination and rejection of female authority. These are the lines High Court quoted. Translation: This I understand today, I am a woman, in weakness, The delicate beauty of my limbs, Because of them, I lose to all.

Belonging to the Rajput tribes of Uttar Pradesh, Amir Khusro is regarded as the father of qawwali as he demolished the elitism of Persian and/or Sanskrit from poetry. He introduced Brij bhasha in qawwali and made it available for appreciation to laymen ears. Amir Khusro's works cannot be easily comprehended by most of us but since his writing has been sung/heard more than read, here is one of his most famous kalam.

Born in Rudali and educated in Aligarh Muslim University, Majaz was a believer in romance. His nazams and ghazals either romanticized the nation with revolutionary overtones or spoke to a devastating beloved. A major source of his poetry has been a woman who married another man, and in turn gave Majaz the gift of inspirational unrequited love. Nirala's life was filled with tragedies, but also became an example of how highly poets were regarded in past. As Jawahar Lal Nehru sanctioned a sum of Rs 100 every month to Mahadevi Verma, only to take care of Nirala as he dwindled between schizophrenia and disenchantment with the material world after untimely deaths of his wife and daughter. Nirala, despite being a Brahmin fought the caste system all his life and these lines from his renowned poem Saroj Smriti capture his melancholic life. Translation: Sadness has been the story of my life, what can I say which I haven't yet.

Perhaps the greatest poet to come from India, Kabir initiated the Bhakti Movement and formed a religious sect which now has over 9.6 million surviving followers. This mystic sufi poet was born in Kashi, abandoned by his Brahmin mother went on to live 120 years only to become the driving force of many religious and cultural movements. Translation: After constructing a Masjid with rocks and stones the mulla shouts from the roof top. Is God deaf?

There are many great writers and poets from the mighty state, if you know some more, do let me know with your favorite works of them.