India Travel GuideIndia TripsDivided By Time, But Interconnected Through Fate – Story Of Last Royalties Of India And Myanmar

Divided by time, but interconnected through fate – Story of Last Royalties of India and Myanmar

In front of Mandalay Palace in Myanmar 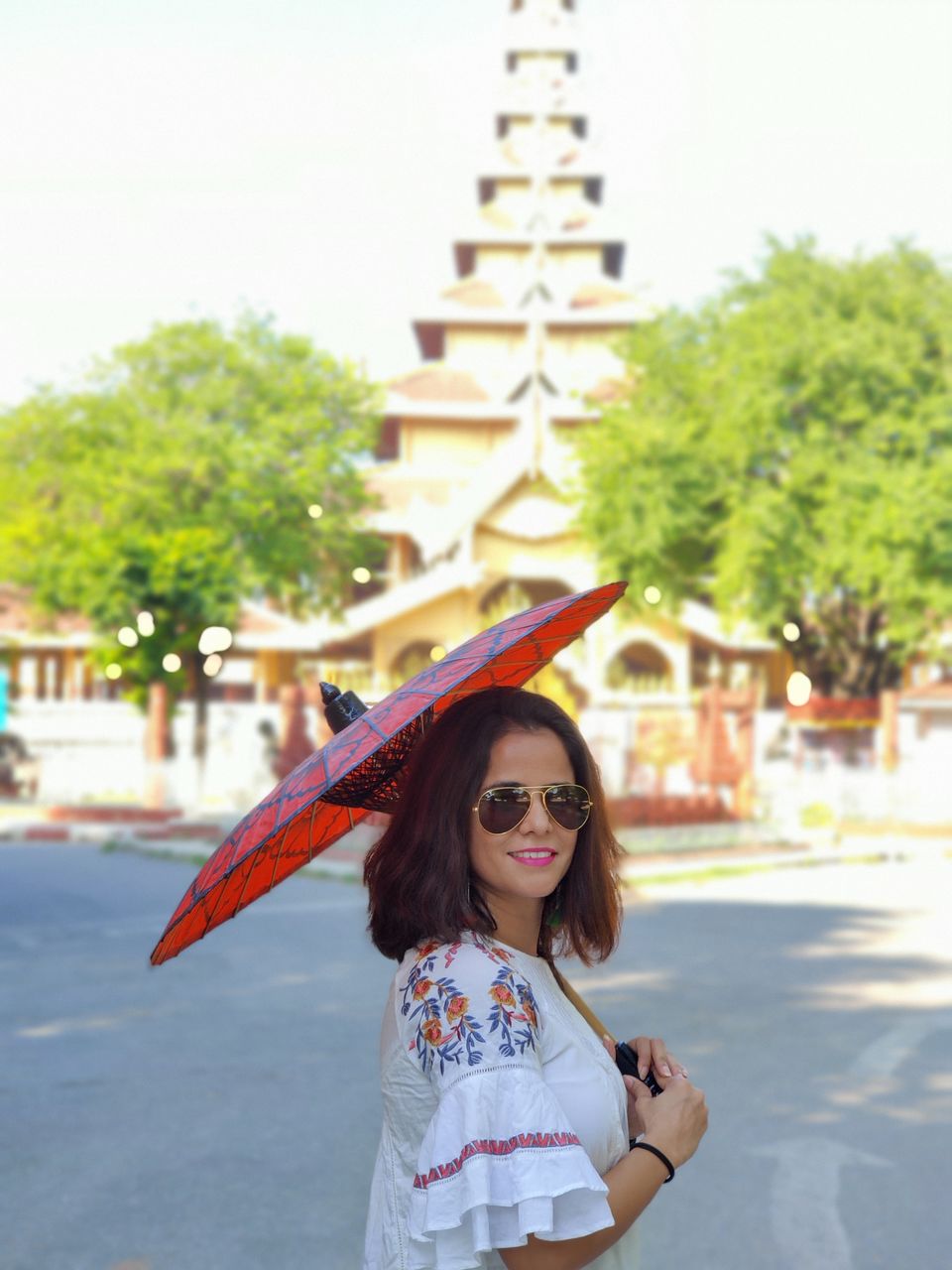 Ek tha raja, nahi nahi do the raja (once upon a time there was a king. No, once upon a time there were two kings). Born nearly a century apart in different lands, fate dealt them the same set of unfortunate cards. Both died in foreign lands, with the longing to see their motherland in their hearts and in the process entwined the history of two neighbours – India and Myanmar.

The lives of the last Mughal Emperor of India Bahadur Shah ‘Zafar’ and the last king of the Konbaung dynasty of Burma Thibaw Min encapsulates within it the cruelty of the British colonialism. Both were the last sovereigns of their respective countries and were exiled from their countries to stop the native populace to find a flag to rally under.

From the Emperor of India to a mystic in Burma

Bahadur Shah was the direct descendant of Genghis Khan and Timur; and was known as ‘Zafar’ - his pen name meaning victory. Born in 1775, he was known for patronising art and culture in Delhi, the capital of the Mughal Empire. Even though the Mughal power was on the decline when he took over the throne, he had a coterie of brilliant poets and musicians. Ghalib and Zauq,the renowned Urdu poets flourished during his period. He himself was a mystical poet par excellence, who wrote not only in Persian and Urdu, but also Braj Bhasha and Punjabi.

Towards the fag end of his tenure, it is being said that his influence was restricted to the four walls of the Red Fort. However, when the Sepoy Mutiny of 1857 presented the first war of Indian Independence against the Raj, he was declared as the nominal leader of the armed resistance. The British quelled the resistance with brutality. Zafar was arrested in September 1857 and paraded ‘like a beast in the cage’. He was later put on trial. But for his two sons and a wife his whole family was killed. And after founding him guilty of orchestrating an international Islamic conspiracy. He left his “beloved” Delhi unceremoniously before the break of the dawn in a bullock cart. He was later transported to Rangoon via sea route from Calcutta along with his wife Zeenat Mahal and two sons Mirza Jawan Bakht and Shah Abbas.

The last of the Great Mughals breathed his last on November 7, 1862 in Rangoon (present day Yangon) at the age of 87. Such was the British’s fear of him that he was buried in a nameless grave away from his homeland. The haunting lines from a poem composed by Zafar puts his peeve to words, “Kitnahai badnaseeb Zafar dafan ke liye do gaj zameen na mili kun-e-yar mein.” (how unfortunate is Zafar that he could not find a couple of yards in his beloved land). His death went unreported in Delhi too.

The place of his burial was forgotten and when his wife died in 1882, so she was buried next to a tree remembered to be near Zafar’s grave. When some Indian delegates came to pay their obeisance at his grave, the whereabouts of Zeenat Mahal’s grave had faded too. In 1905, there was protest by the Muslim population of Rangoon to mark the grave of the Emperor of India and a great mystic. The British reluctantly gave in and a monument was built by enclosing the area where his grave was believed to be located.

After one and a half century the grave has finally been turned into a shrine as Zafar was a revered figure amongst the Muslim population of Rangoon. The Mausoleum to the Last Mughal is nothing in comparison to the grandeur of the mausoleums of his forefather back in Delhi.The entrance marks the place as Bahadur Shah Zafar, the Emperor of India(1837-1857). One could see his grave from atop that is placed in a corner and is covered with a beautiful ‘chadar’ and rose petals. His wife Zeenat Mahal’s tomb is also in the same compound. The photographs in the mausoleum capture his last few years that saw him travel from Delhi to Rangoon. He is often said to have stood in his balcony in Rangoon and watched all the ships criss-crossing the harbour, probably hoping one day he would board a home-bound vessel. But alas, it remained just that - a wish.

With a heavy heart we went to witness the poignant end of another ruler, this time a Burmese Royalty.

The last Burmese Royals of Mandalay

I was traveling to Mandalay in a Myanmar train. As the comfortable train, albeit very slow in comparison to the Indian railways,chugged across Myanmar, I opened the novel by Amitav Ghosh “The Glass Palace”. The novel is set in colonial Myanmar and begins with the fall of King Thibaw Min. The British Army while bringing the Mandalay Palace under its control, shipped King Thibaw, his wife Queen Supayalat and their four daughters to Ratnagiri, a port city in Southern Maharashtra.

Just like his Indian counterpart, born a century ago, Thibaw would watch the ships entering and exiting the harbours from his balcony. The British had a cruel sense of tormenting.

King Thibaw had ascended the Lion throne of Burma in 1878 after a bloody massacre of all the other contenders of the throne, reportedly orchestrated at the behest of his wife queen Supayalat. Burma’s teak, rubies and rubber plantations attracted the British, which slowly brought the whole of the country under their rule. The British Army defeated the King Thibaw’s forces in a short and swift action that came to be known as the Third Anglo-Burmese war in 1885. At the age of 27, the last of the Royals of Burma was stripped of his possessions, humiliated and banished to India.

The Mandalay Palace built in traditional Burmese style, with its one-storey structure and gilded pillars, stand still. Presently, it is in the control of the Myanmar Army, and renovation has covered some of the scars it has borne, but, it has been witness to the opulence of a rich King and then his downfall. The palace is covered with a moat on all the four sides that presents a warming glow during sunrise and sunset. Now, residents throng the places around the moat for morning and evening walks. 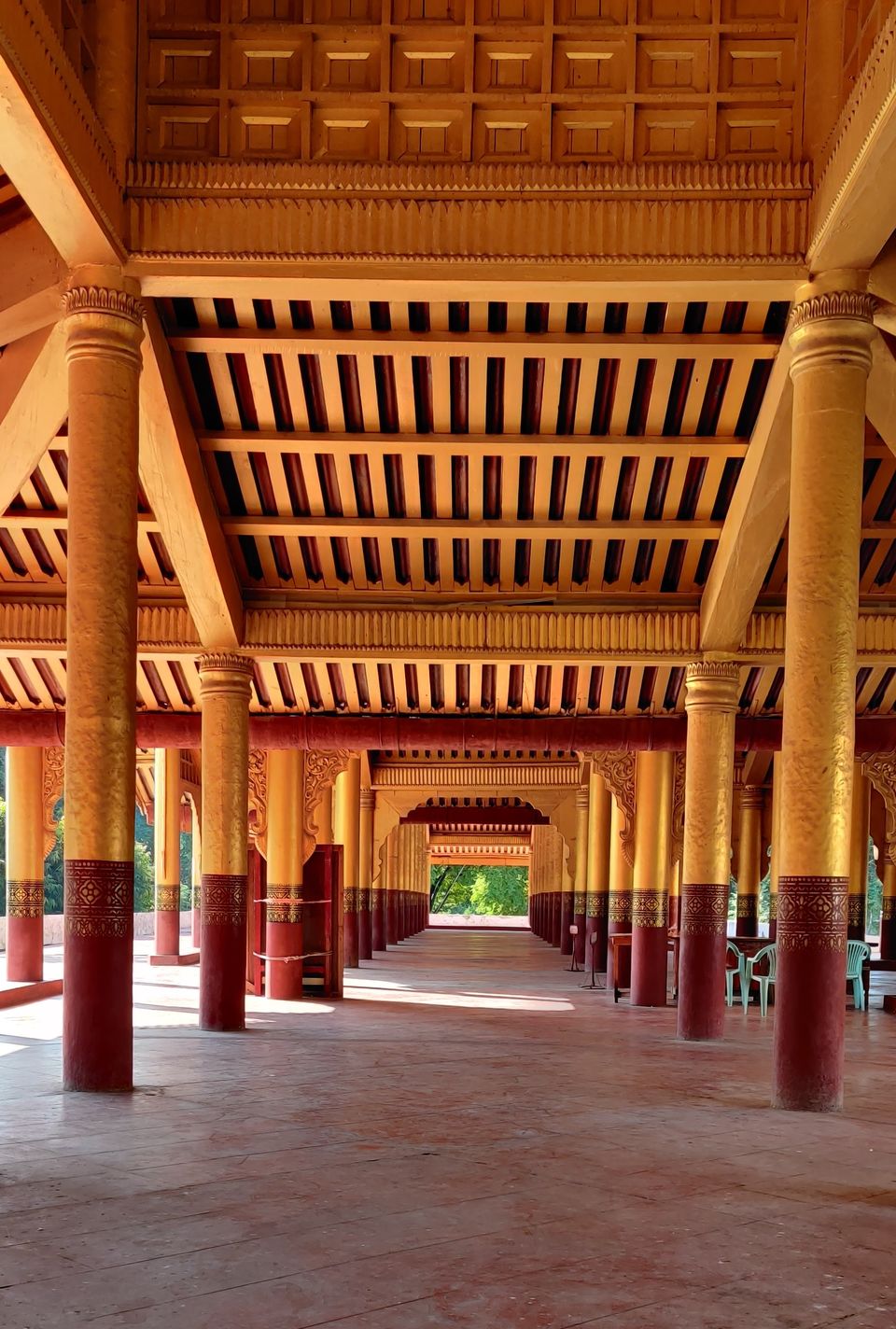 In the mofussil, inaccessible Konkan town, Thibaw and Supayalat were under house arrest with restrictions against having any contact with the outsiders. For over three decades the exiled king would rue about the life as it once was and would die a lonely death in 1916 as a prisoner of the British Crown. He remains buried in Ratnagiri.

His legacy as well remained under-played by the military rulers of new-Burma, rechristened as Myanmar. Their main aim was to keep the country united within a narrowly defined national identity. It was in 2016, the centenary year of his birth that his descendants from Myanmar, along with some monks came to Ratnagiri to pay their homage to the last king of Burma.Interestingly, while his Queen Supayalat and three daughters returned to Myanmar in 1919, his one daughter stayed back in Ratnagiri after marrying a commoner there.