We have been to Goa many a times and it has always surprised us and made us feel relaxed and rejuvenated even in the most crowded ways; But this was the first time we were visiting the place in the monsoons and wanted to leave the itinerary flexible as we wanted to explore the place. Also we decided to stay up north rather than the south as the beaches are anyway off limit due to the rough sea and the real party is in the north.

We also hired a self-drive vehicle and we decided on the Thar instead of a two wheeler keeping the rains in mind and it really helped us. The rustic feel of a jeep just added the zing to the trip. We had already seen the old part of Goa and its churches so we tried exploring something different.

We arrived by late afternoon and were picked up in our hired self-drive vehicle and after a quick lunch we set off to explore the streets and beaches nearby; On our way we found a little crowd watching a football game between two local teams who were fully dressed in their jerseys and it was quite an experience. Then we headed to the Bagha beach for some interesting pictures; The Sea was rough so all that you can do is walk on the beach and it’s an amazing experience.

We then went to the popular shack Brittos and it was a delight. Its taken the shack culture to altogether a different level and the food is really yummmmyyyyy. The sea food platter and the goan fish curry is a must try.

We mostly spent the day within the hotel as its one of the most beautifully located hotel on the Arabian sea. Evening we took a stroll on the parapet of Fort Aguada that took us to a hidden trail all the way to the light house; It’s little tricky but it’s a must do; not too many people and one side there is the deep fall into the ocean and on the other side absolute green carpet of foliage, and the view is unmatched, if you are lucky you can see the sun go down from one of the many round shaped parapets of the fort along the trail.

We drove to up to the city (Panjim) to see the Church of our lady of Immaculate Conception, the church was closed but the exterior itself is iconic and the surroundings are so cute, it makes you feel like a page from some book; The surrounding buildings are very cheerfully colored and vey Goa happy and drenched in culture and the rains make it very different.

Had a quick coffee in the pouring rains in the nearby Kamath hotel and headed out to Dona Paula. The place shot to fame with the 1981 hit movie Ek duje ke liye and doesn’t have too much to boast except for a small statue and the little water sport that was happening around the place; We then headed out for lunch and were directed to Mum's kitchen, the food was delicious and we were told its authentic and now a foodies landmark in the city, Their catalogue mentions the place as an effort to save Goan cuisine.

Goa in monsoon is a very different place than the rest of the year and it should be on everyone's must do list! Keep safe from the sea and enjoy the real Goa!!!

the view of the fort is unique 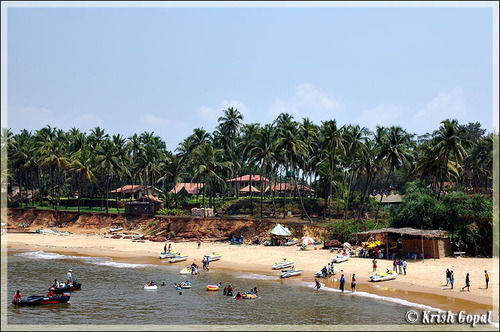 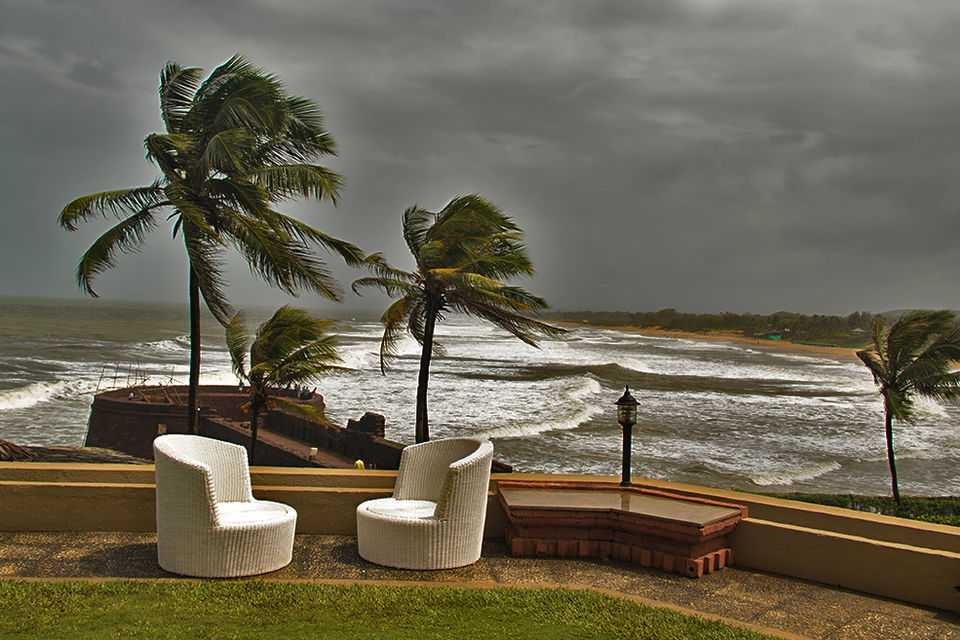 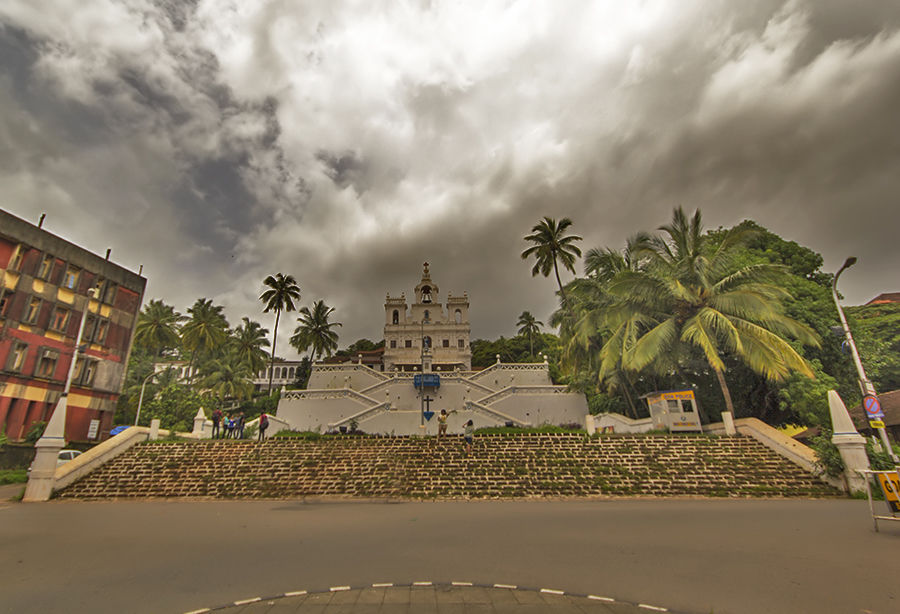 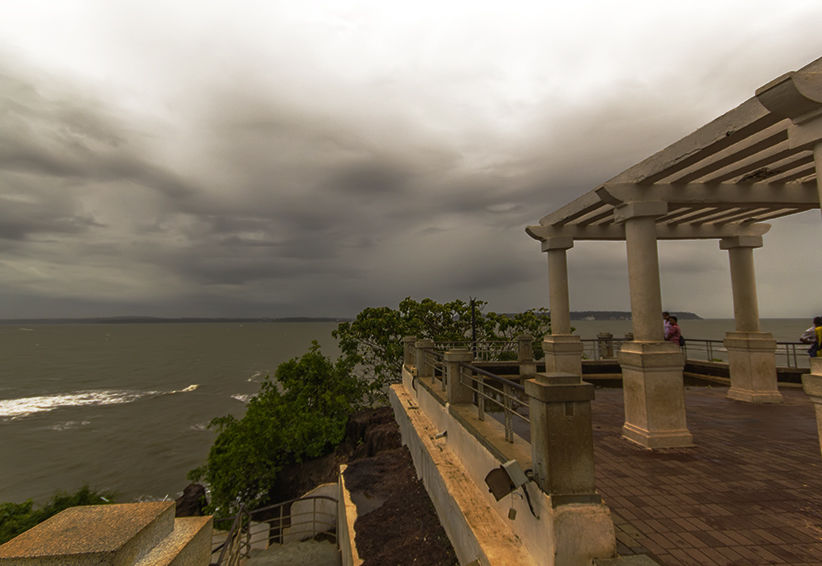